Geneva Watch Days 2022: The Ones That Got Away — From De Bethune, Corum, Ulysse Nardin, And Jacob & Co

And you thought Vantablack was mesmerizing...
Thor Svaboe
comments 4
Share

This week for us has been marked by slow digestion of the barrage of news from Geneva Watch Days. What started as an impromptu “phygital” event incited by Bvlgari CEO Jean-Christophe Babin two years ago has proven to be a stayer and, what’s more, a proper contender in its third year. Watches And Wonders might be large, but for independent cool, nothing beats GWD.

Even with our extensive coverage at Geneva Watch Days, the ones that got away include some pretty out-there pieces. As we only had a couple of frenzied days in Geneva together with what seems like four months’ worth of press releases, we missed a few. Sifting through the compressed news, a few weird and wonderful watches emerged from the mists of Lake Geneva, and they will surprise you. 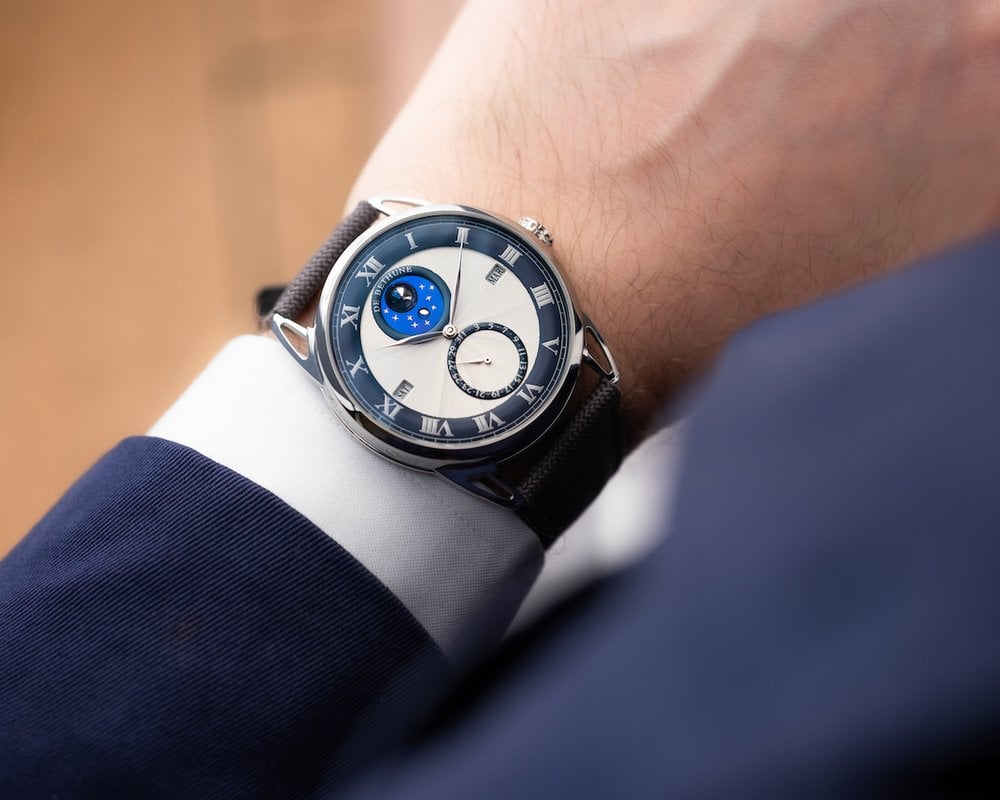 This perpetual calendar from De Bethune is unexpected like a 39mm Greubel Forsey or the enamel-dialed MB&F from a few years back. We have come to expect the brand’s delights of pivoting skeletonized lugs and alien-weaponry cases, but this is more traditional. Now, we’re not talking a Calatrava here. After all, just check out those lugs. But as De Bethune goes, the DB25 Perpetual Calendar is understated compared to its extroverted stablemates. 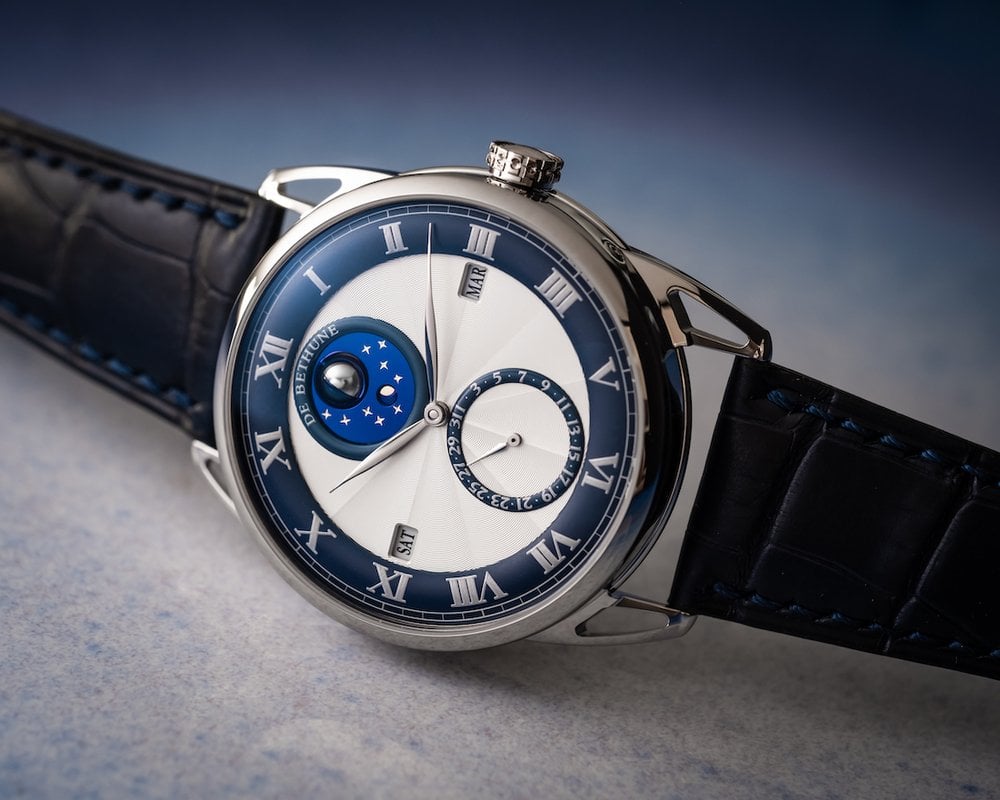 Inside the multi-layered case sits a convex blue hour track encircling a guilloché background, and it’s enticing. The DB2324V2 caliber has been adapted to a 40mm case, and its proportionate dial works well in this sweeter size. A spherical moonphase at 12 o’clock with a star-studded blue titanium sky sits inside a deep blue convex circle matching the month indicator at six. I’m not a big fan of big, printed Roman numerals, but the formal, vertically balanced dial with its bi-color panache just works. Even at CHF 125,000, I rather like it. It is, however, the tamest of these Geneva Watch Days releases. 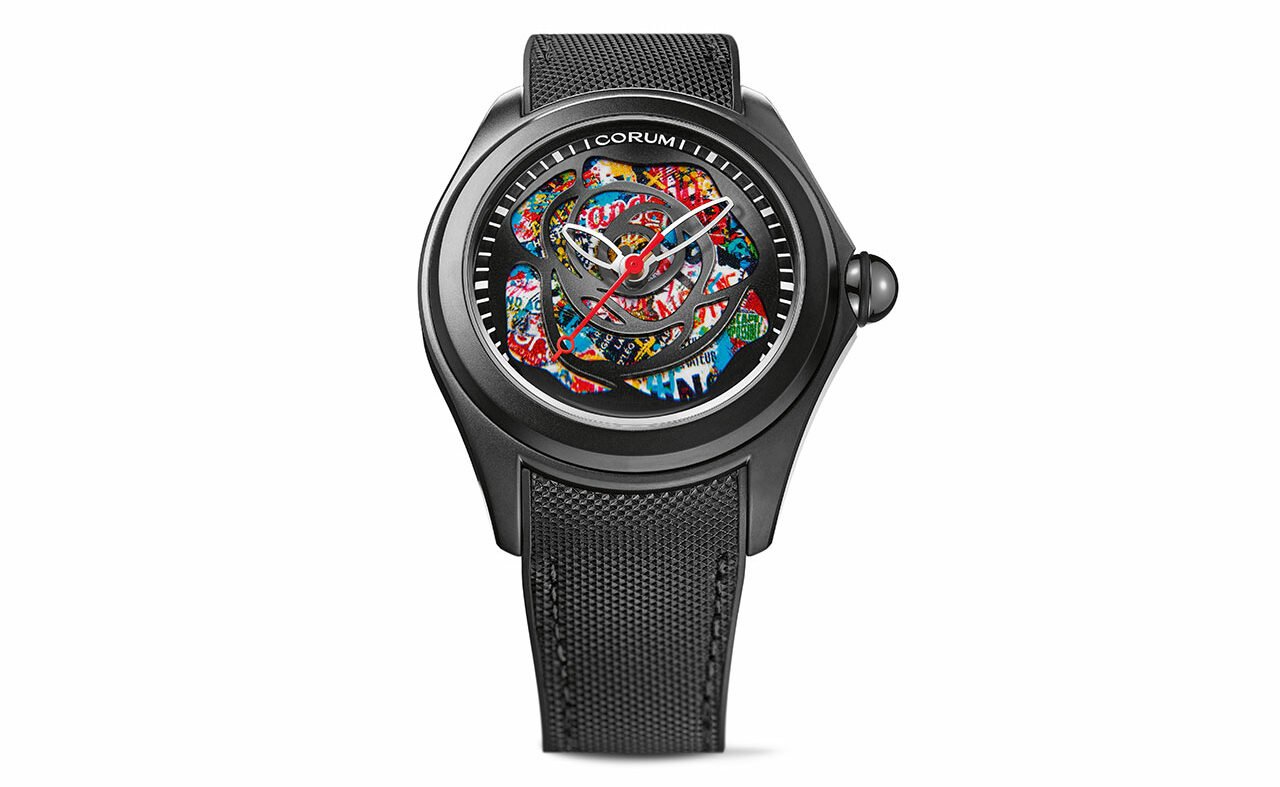 The Corum Bubble feels way too weird for a staple of the watch world. Nevertheless, this 47mm piece of madness remains with us. Corum faces an uphill battle in this small-cased world, but dammit if the brand hasn’t pulled a cool one out of the hat. No logic will work when pitching this to your significant other as a must for your collection, and nothing will prepare you for the alien cool. Massive reflections beam out from the bubble crystal, and black PVD doesn’t even work as a shrinking color. But with this 88-piece limited version by French artist Aiiroh, 47mm seems only fair for his vibrant artwork. With 100 meters of water resistance and an automatic CO 082 caliber, this is a recognizably different piece of wrist art. It’ll get you a hell of a lot more comments than that demure new Tudor, trust me. It’s yours for a cool CHF 7,200. 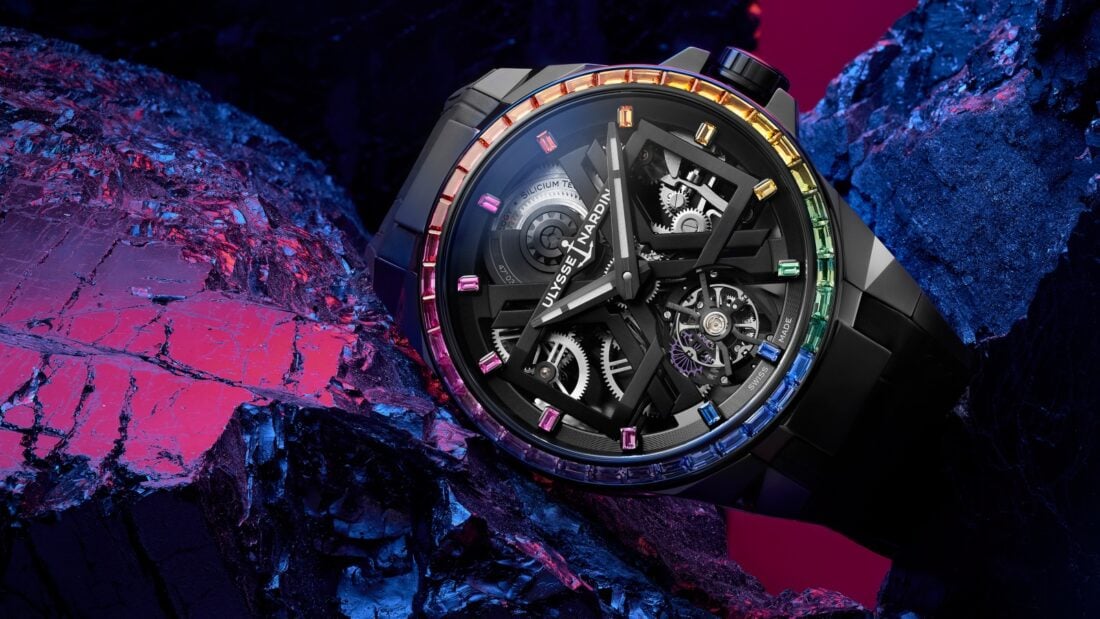 Ulysse Nardin is famous for its split personality, with a collection spanning everything from delicate Grand Feu enamel dials to the tech flourish of the Freak series. The Blast riffs on the brand’s futuristic side, this time with a rainbow flourish of gemstones. 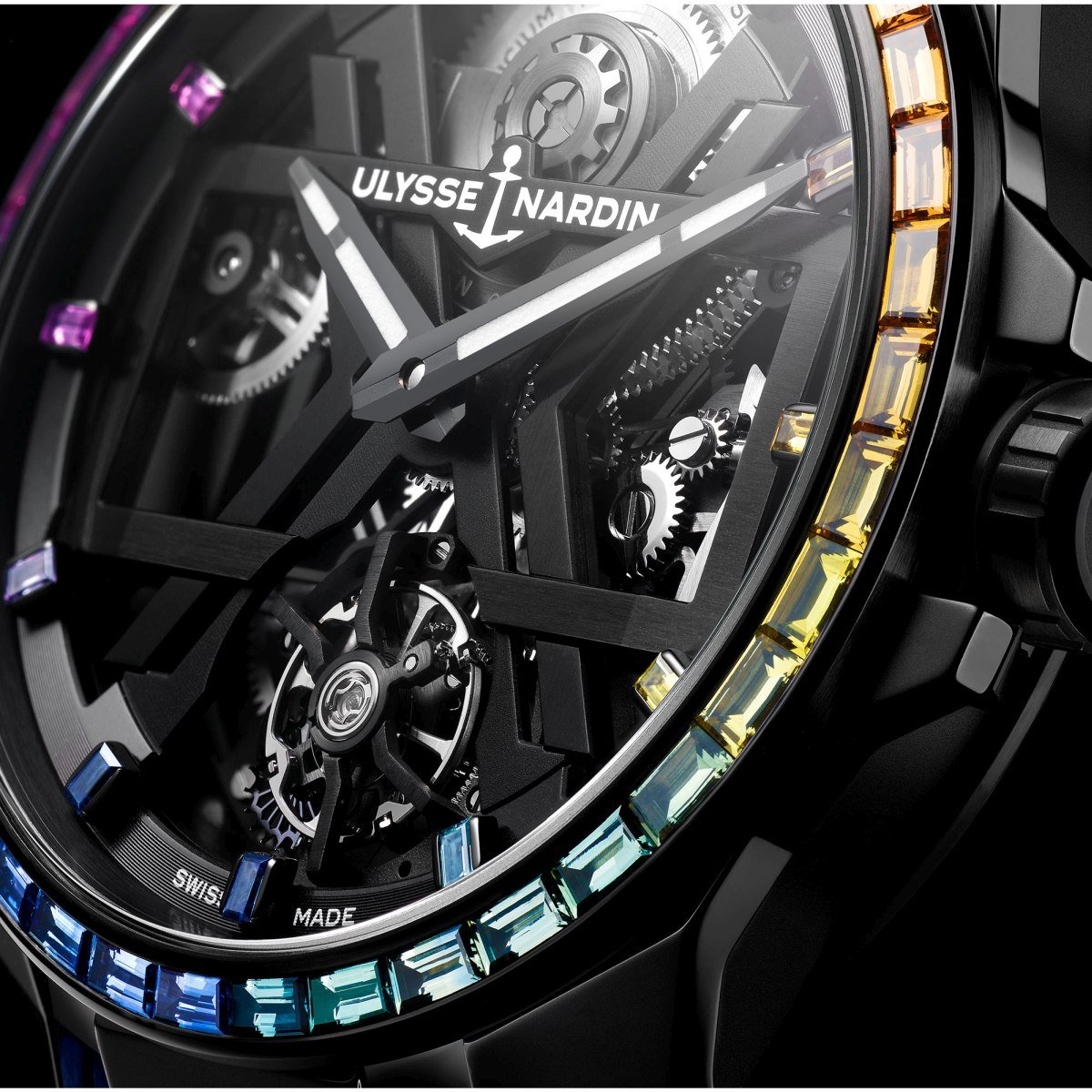 Whether you go for the full fat of a rainbow leather strap or not, this is the best rainbow bezel I’ve seen all year. The contrast between the dark open-worked dial with its industrial-looking “X” and those slim, colored baguettes seems to be pulling me in. Show me a Rolex Daytona with a rainbow dial, and I’d run a mile. But somehow, this in its too-big 45mm case has a particular stealth cool that sets it apart. The 3.65 carats of baguette-cut rubies and multicolored sapphires certainly have their desired effect, and at CHF 85,000 I am sure all 50 pieces will find a wrist. I wouldn’t mind doing a week-long review of this one. Ulysse Nardin, you got me? 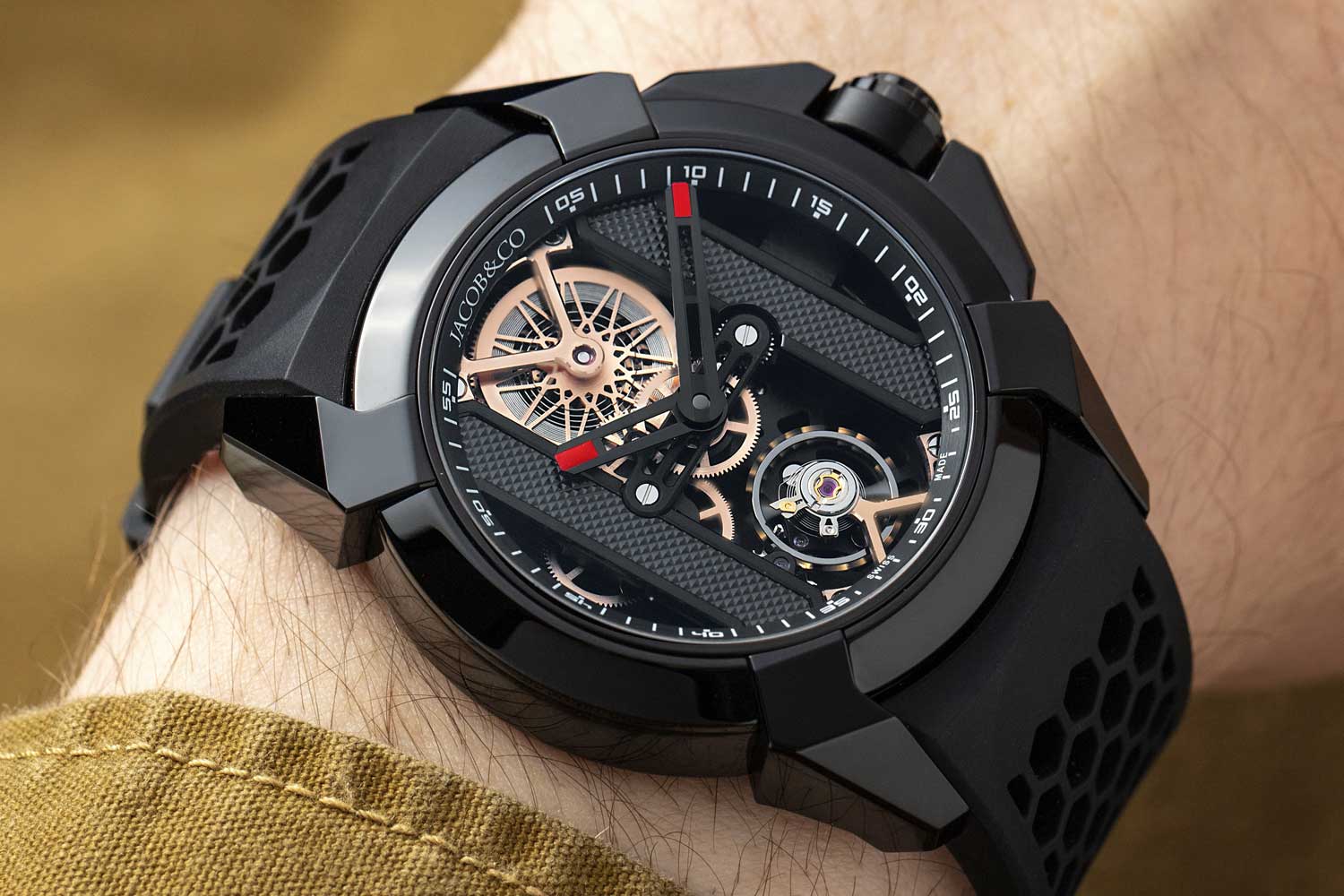 An understated design from Jacob & Co? Originally launched back in 2015, the 44mm Epic X is not a small watch. It doesn’t cater to our retro tastes either, but that’s why I like it. Compared to the Jacob & Co portfolio, it looks demure in its Darth-Vader-dress-watch style. If you enjoy the flourish of the Astronomia series, you’ll mourn the lack of colors and gemstones. From its understated darkness, the stealth vibe is strong. 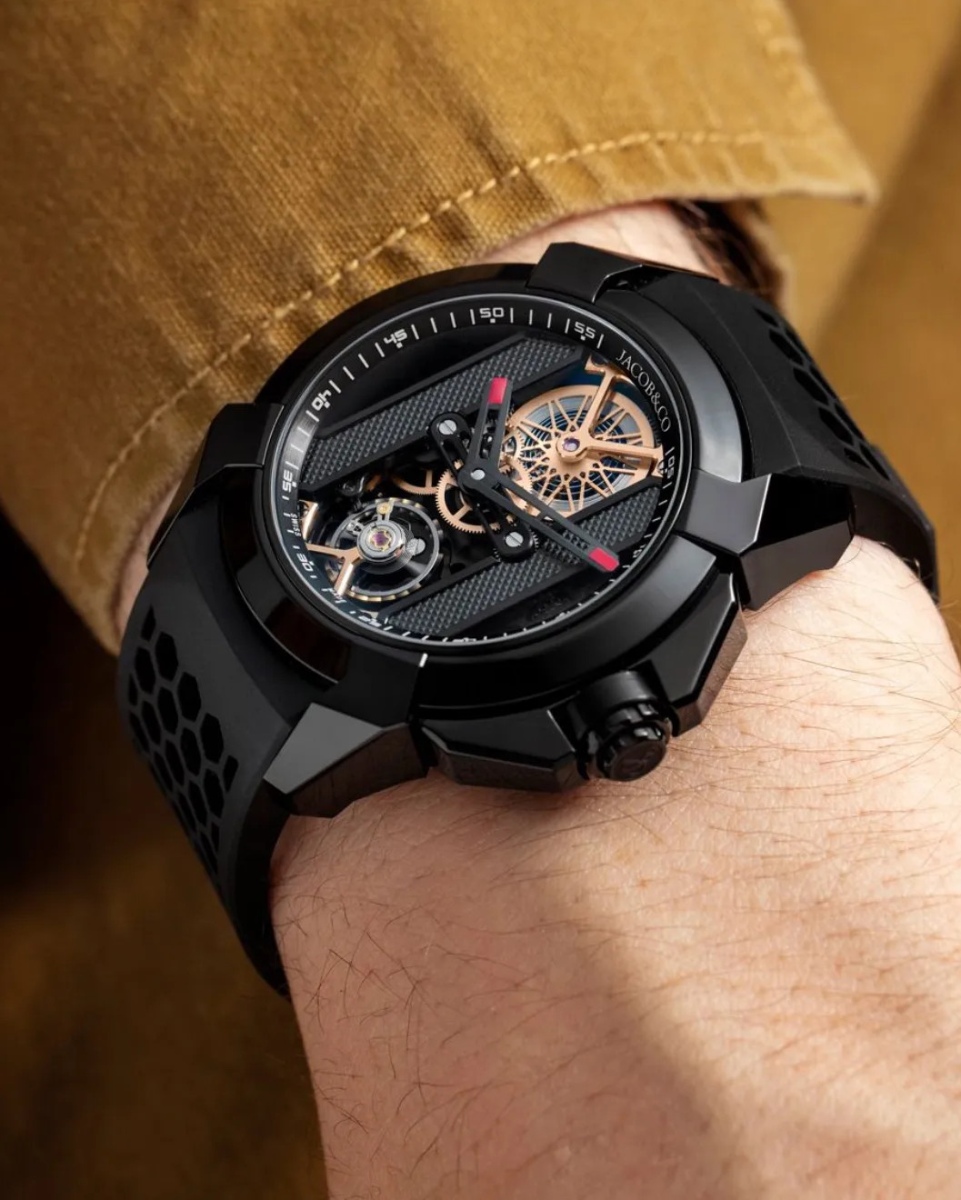 The skeletonized dial lets you have a linear peek at the gold details of the movement while the imposing lugs grip the case in their claws. The chunky rubber strap has a cool set of octagonal vent holes, and black DLC makes the angular case a formidable wrist presence. The bespoke Caliber JCAM45 has a big barrel 12, while the balance wheel at 6 o’clock defines the vertical image. Dark tank-track vertical bridges frame the proceedings. The price of this DLC model is forthcoming, but for a ballpark figure, the plain stainless steel model that debuted at the same time retails for US$26,000.

Were these releases too much of a good thing, or should we dig deeper next year at Geneva Watch Days? Let us know what you think about the most out-there creations we could find, Fratelli. The comments section awaits you.