With the latest special edition release, the Breitling Aviator 8 Mosquito bolsters the brand’s lineup while taking a look backwards.

The way of the (watch) world today appears to require a steady stream of new releases.  With near-instantaneous supplies of news, social media posts, and endless collaborations between brands and “influencers”, it seems that the only way to succeed is to join in the torrid pace.  Gone are the days of the annual watch shows and then waiting another 12 months for the next stream of products.  It’s pretty funny because the formerly (albeit sometimes still) antiquated watch industry held true to this annual pace of introduction up until just a few short years ago.  But when you have an aggressive CEO such as Georges Kern, I suppose it’s not a surprise that Breitling has, too, entered the fray with a seemingly endless flow of new products and variations on the theme.  I must say, the bulk of them have been quite successful in my eyes and that goes for today’s newest debut, the Breitling Aviator 8 Mosquito. 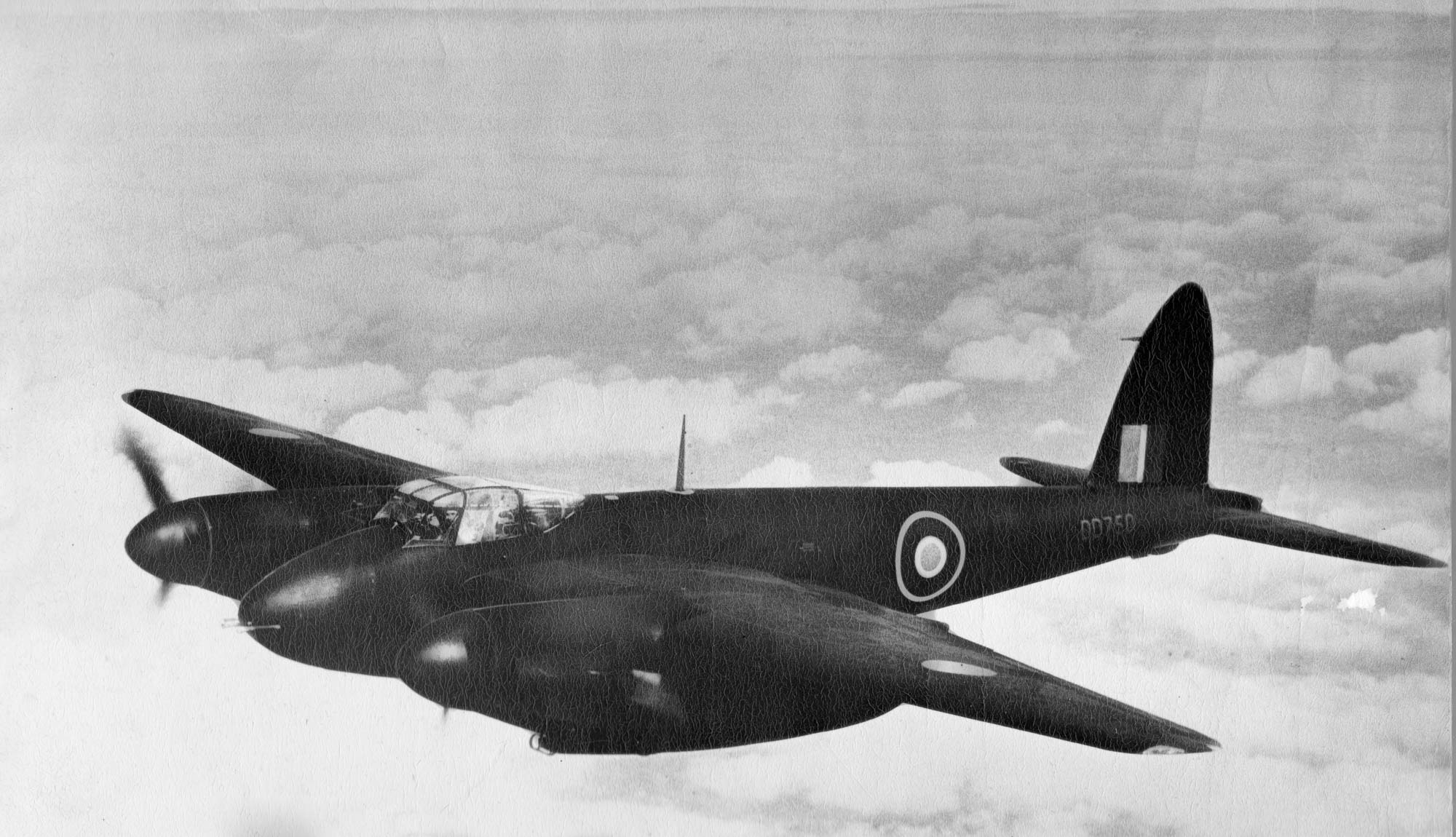 To give a bit of background, the Breitling Aviator 8 Mosquito takes its name from a De Havilland plane of the same name built roughly between 1940 and 1950.  The Mosquito may not register as quite the household name as, say, the Spitfire, but historians actually credit the versatile De Havilland as the plane that won World War 2 for Britain and over 7,500 were built.  Largely made of wood, the Mosquito was a lightweight fighter that could also carry a heavy bomb load of up to 1,800 kg.  Due to its feathery mass, it was also faster than the Spitfire with a top speed of over 660 kph, which was a helpful trait indeed.  Within the press info, Breitling calls out a number of design features that are meant to evoke the spirit of the nearly 80-year old plane such as the sub dials bearing a similarity to the RAF’s roundel.  That’s all well and good, but I’d really rather look at this watch as a lovely design that happens to pay tribute to a highly successful and important piece of aviation history. 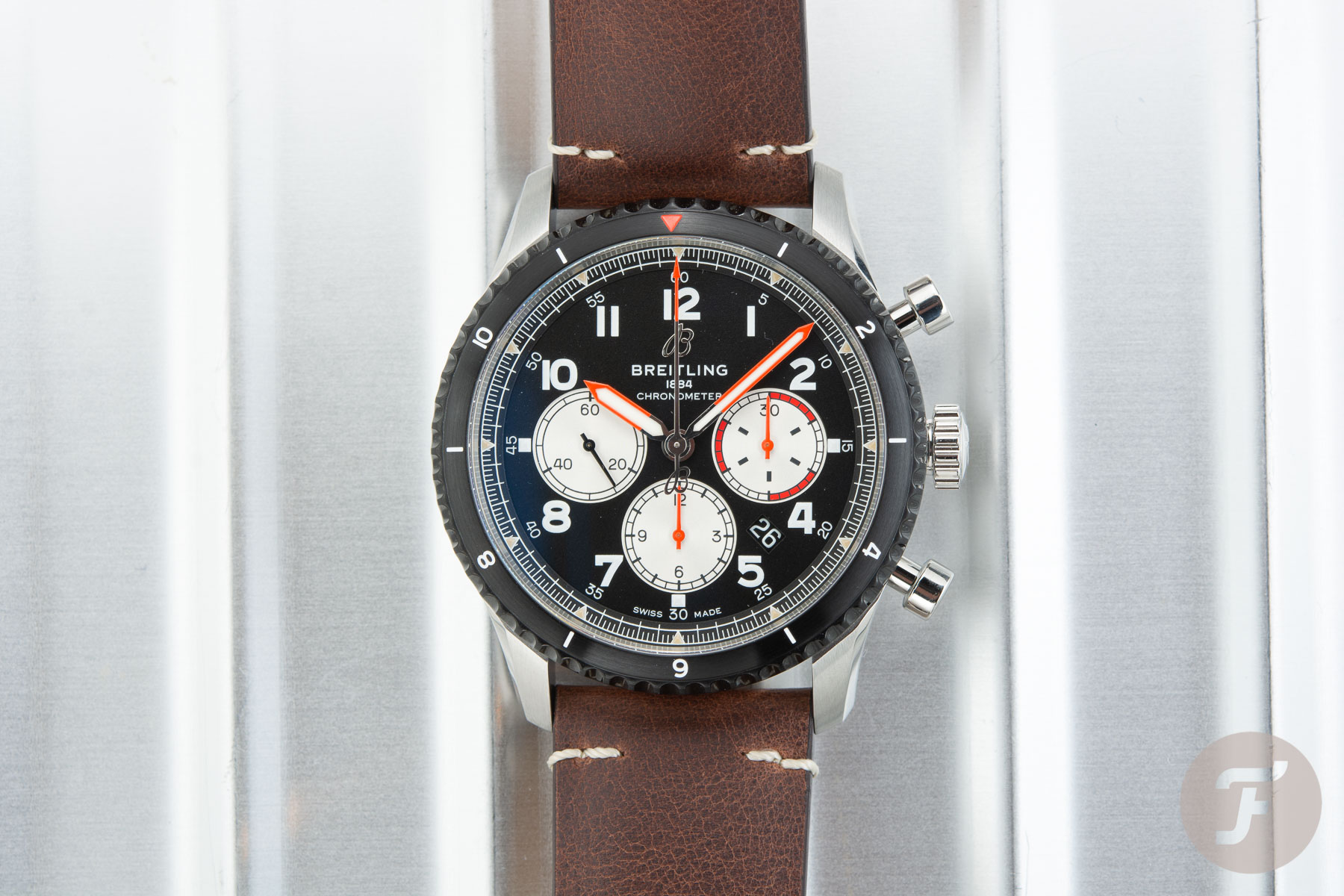 In what I’d say was a relatively long time coming, the Breitling Aviator 8 Mosquito contains styling cues that references one of my favorite watches, the 765 Co Pilot.  When released in the mid 1960’s the 765 Co Pilot was the culmination of a line of watches that first debuted in the 1950’s as a large pilot’s watch with an external rotating bezel and three sub dials.  When I say large, these larger 765’s came in north of 40mm in diameter and kept the millimeter counter going with their overhanging bezels, large crowns and pushers. 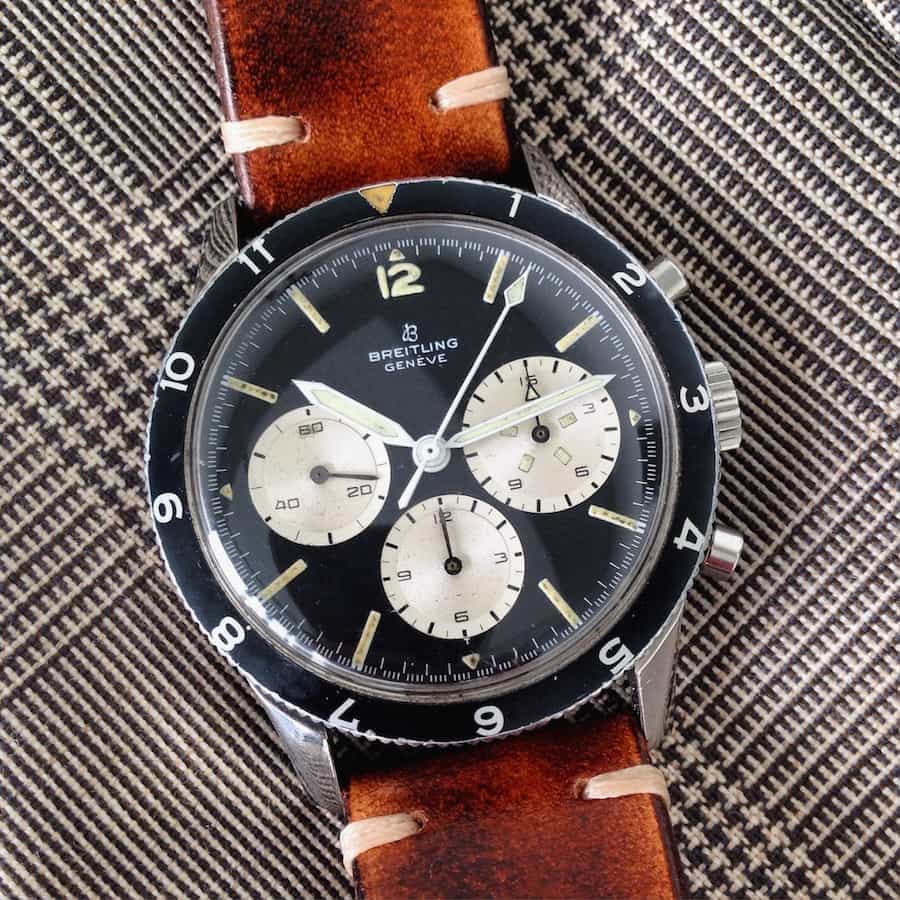 I’ve probably said it before, but I think that all of these 765 pilots are amongst the greatest chronographs in existence.  They featured brilliantly simple design and brought in some neat modifications to their Venus 178 movements such as minute recorders that would move every 30 seconds and, in a very early form, a “digital” minutes counter in lieu of a dial.  And while today’s new Breitling Aviator 8 Mosquito doesn’t present itself as an exact copy, I’m pretty pleased with the result. 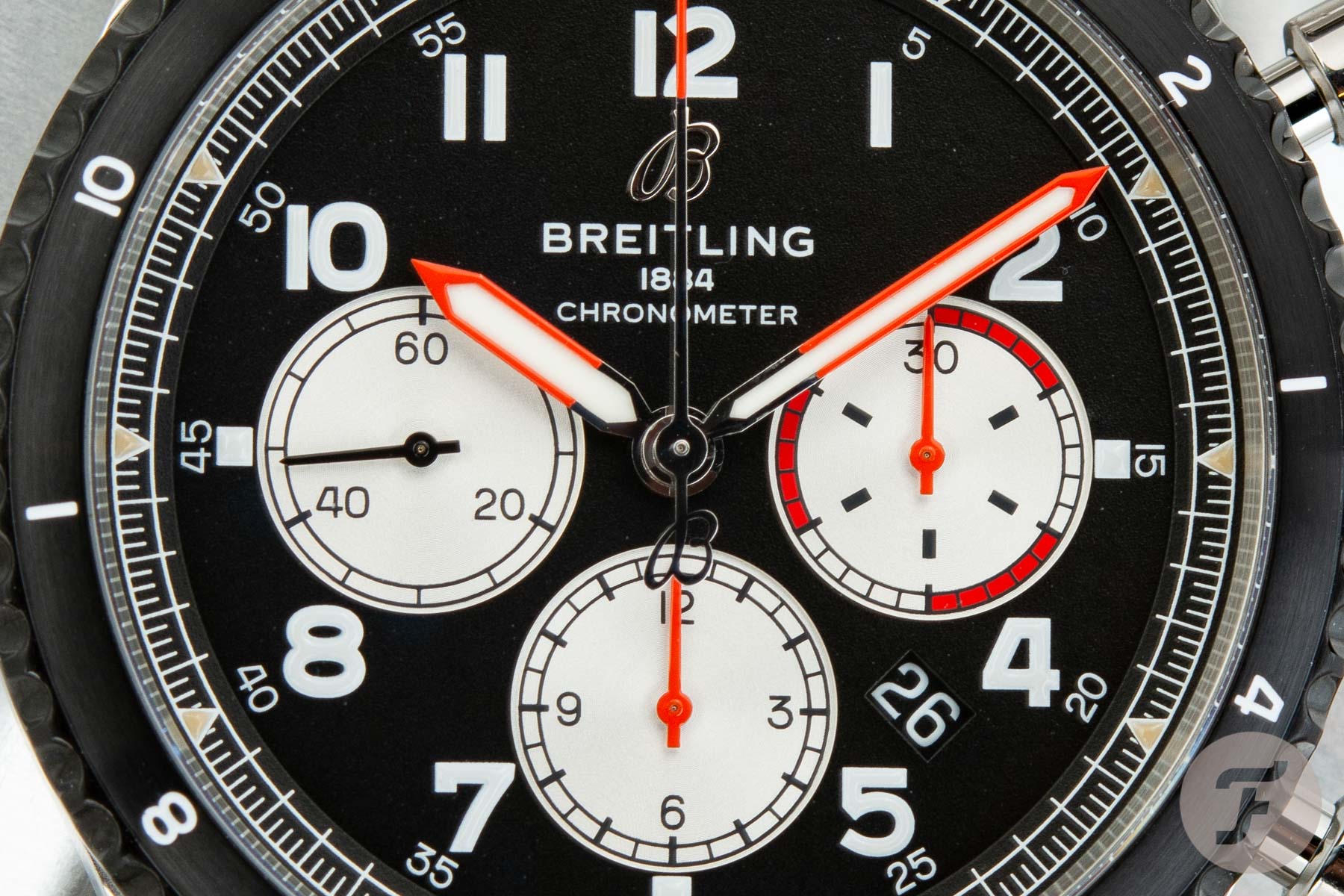 At 43mm in diameter, the Breitling Aviator 8 Mosquito uses the familiar Aviator 8 case and that actually doesn’t stray too far from the size or shape of the models from the 60’s.  With a chamfered look and a lug to lug of 50.8mm, it’s not small, but these even wear well enough to fit my small wrist due to downward sloping lugs.  Breitling also brings in ADLC, a darker treatment for the bezel that’s more in keeping with the historical black color used on many of the old 765’s.  The dial is also familiar to the Aviator 8 but brings in quite a bit of reddish orange that ups the contrast level.  I’m sure the temptation was there to leave things with black and white in order to mimic those older 765’s even more closely, but I am glad the brand resisted the obvious. 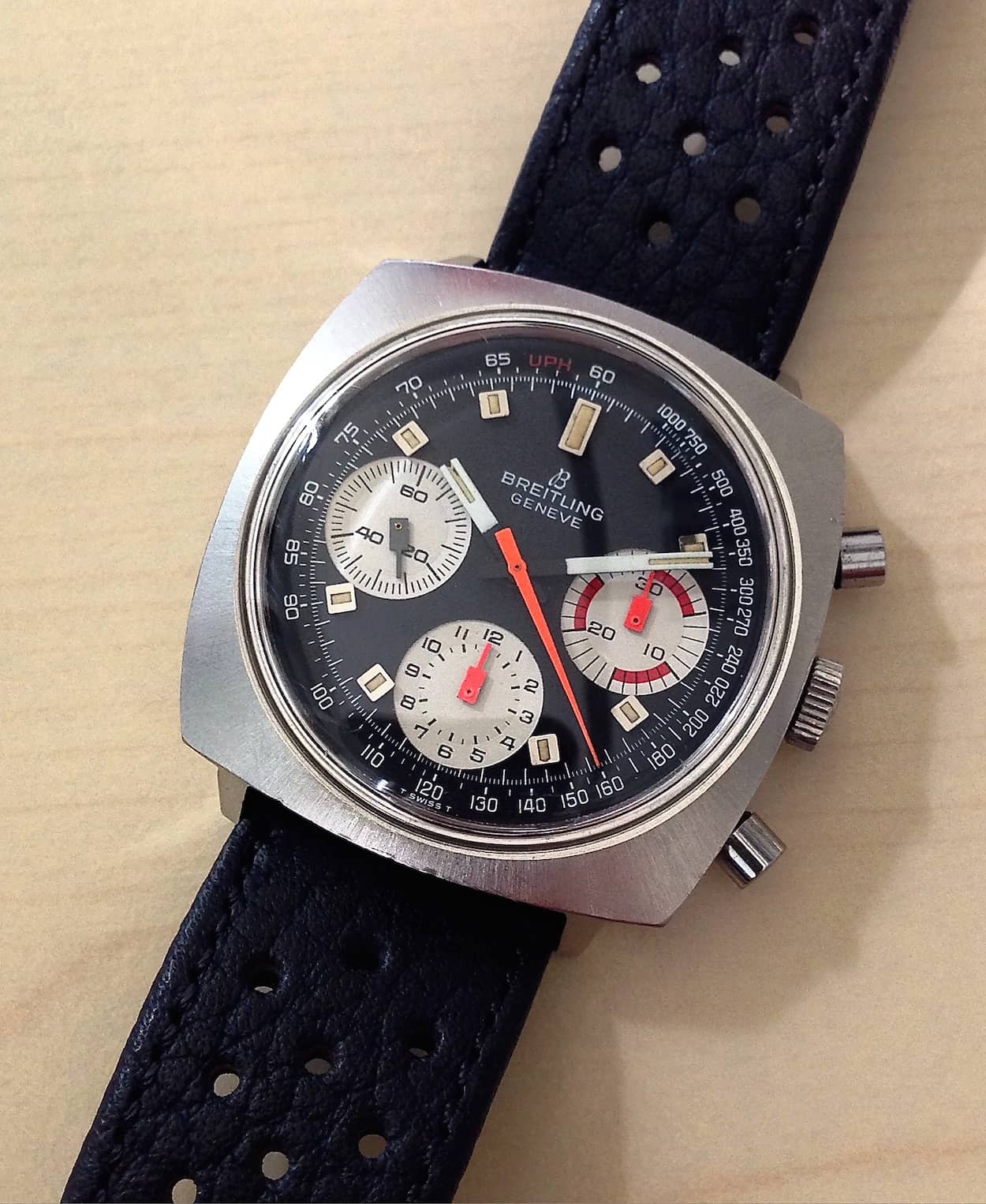 In fact, the dial of the Breitling Aviator 8 Mosquito – with its two reddish sub dial hands and one in black reminds me of 70’s chronographs such as the Top Time 814 that we reviewed previously.  Breitling’s back catalog flows pretty well from the more toned down 60’s into the brighter 70’s, so I don’t mind the blend.  Traditionalists will bemoan the inclusion of a date window, but I missed it the first time I saw the watch, so I’d call it a more than fair compromise. 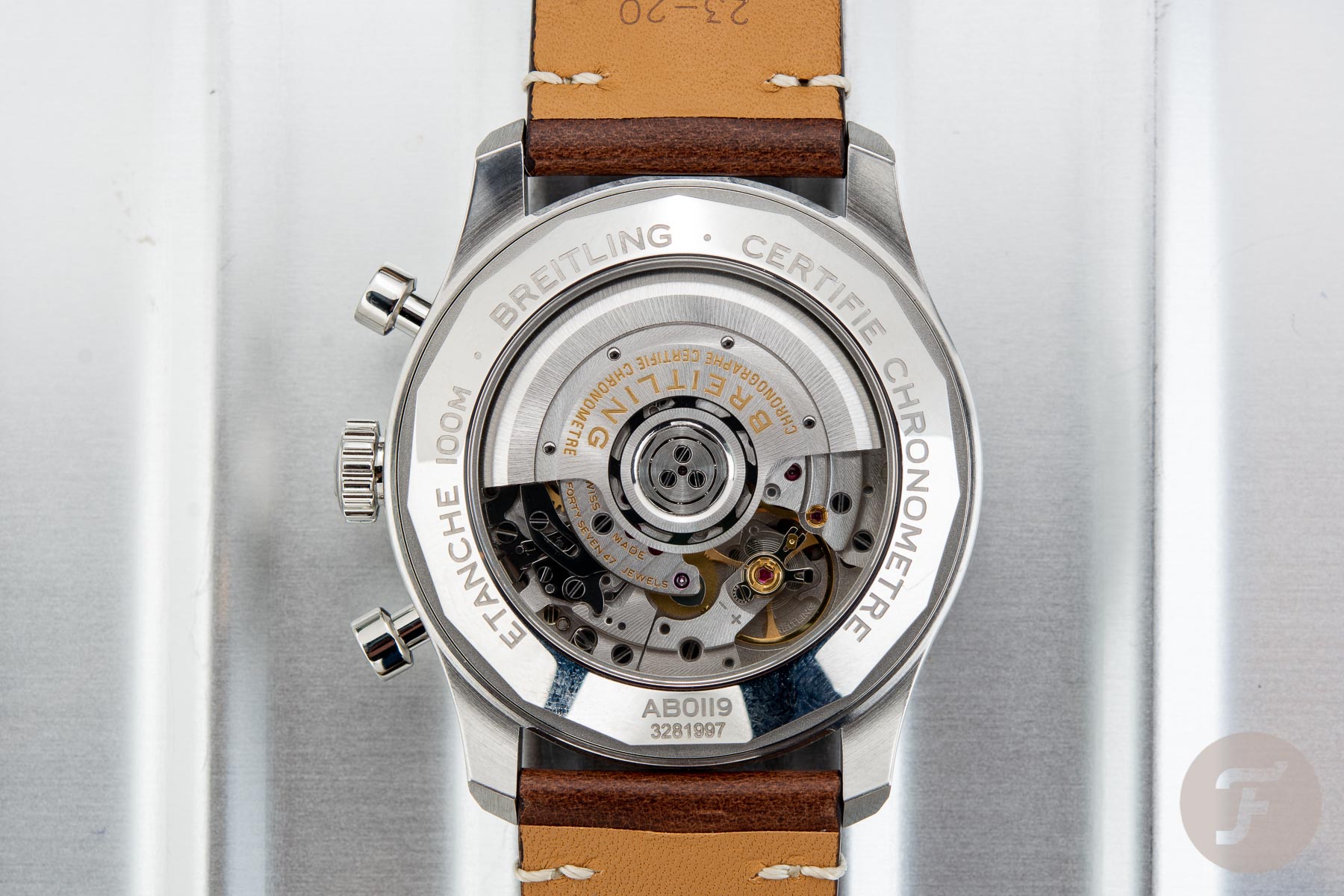 As expected, the Breitling Aviator 8 Mosquito contains the in-house chronometer-rated B01 chronograph that runs at 28,800 bph and has 70 hours of power reserve.  It’s on display via the caseback and is nicely finished.   Breitling presents the Mosquito on a brown 23mm strap with side stitching.  It tapers down to 20mm at your choice of pin buckle (7,100 Euros) or folding clasp (7,330 Euros). 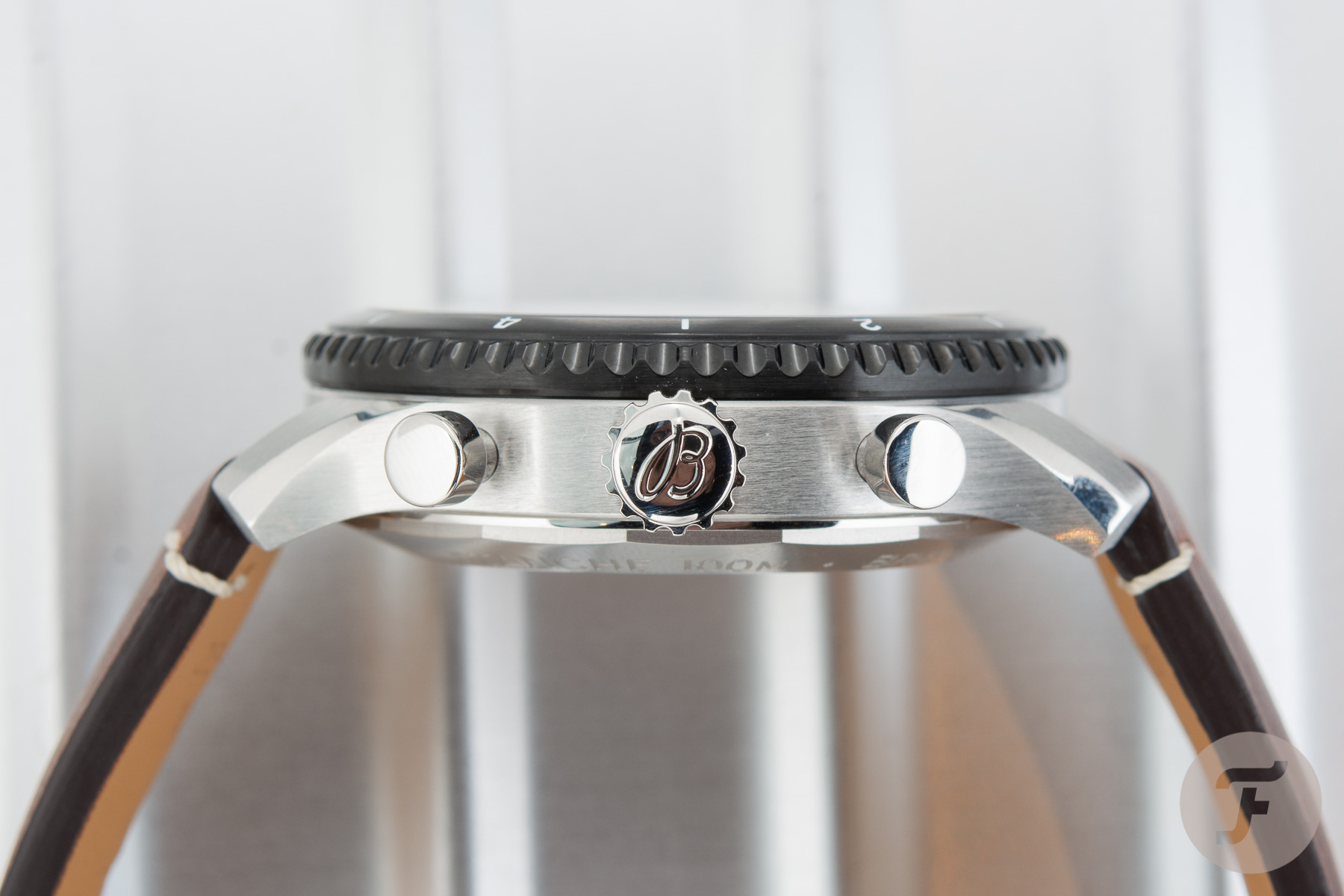 The Breitling Aviator 8 Mosquito is a great addition to the Aviator 8 selection of watches.  I’d guess that it will appeal a bit more to the collector set and those who enjoy Breitling’s vintage pieces, but I think the colors and overall design are attractive enough to bring in newcomers.  It’s not inexpensive, but it’s in line with the rest of the collection and with in-house automatic chronographs from other brands.  These watches are available now, so head to your local Breitling AD or boutique to have a look.

For more information, including local pricing, on the Breitling Aviator 8 Mosquito, visit the official Breitling site.

Hot Topics
Introducing: The New Seamaster Professional 300M 60 Years Of Bond — With A Special Animated Case Back
105 comments
Are You Still After An Omega × Swatch MoonSwatch?
85 comments
It’s Time To Invest In A Dress Watch — Our Picks From Breguet, Omega, Grand Seiko, And More
72 comments
The Rolex Waitlist Conundrum — How Much Will The Price Of Your Watch Increase While You Wait?
50 comments
The Best Omega Speedmaster Watches Of 2022
40 comments
Popular
(From The Archives) Shut Up & Read The Truth About Cartier Watches
George Cramer
21
Hands-On Longines Legend Diver in Black Ref. L3.774.2.50.9
Robert-Jan Broer
1
Omega Railmaster Co-Axial Master Chronometer 38mm – Review
Balazs Ferenczi
7