Today, we’ll spend some time with the Orient Star Sports Outdoor, a field watch with a bit more happening on its dial than most. 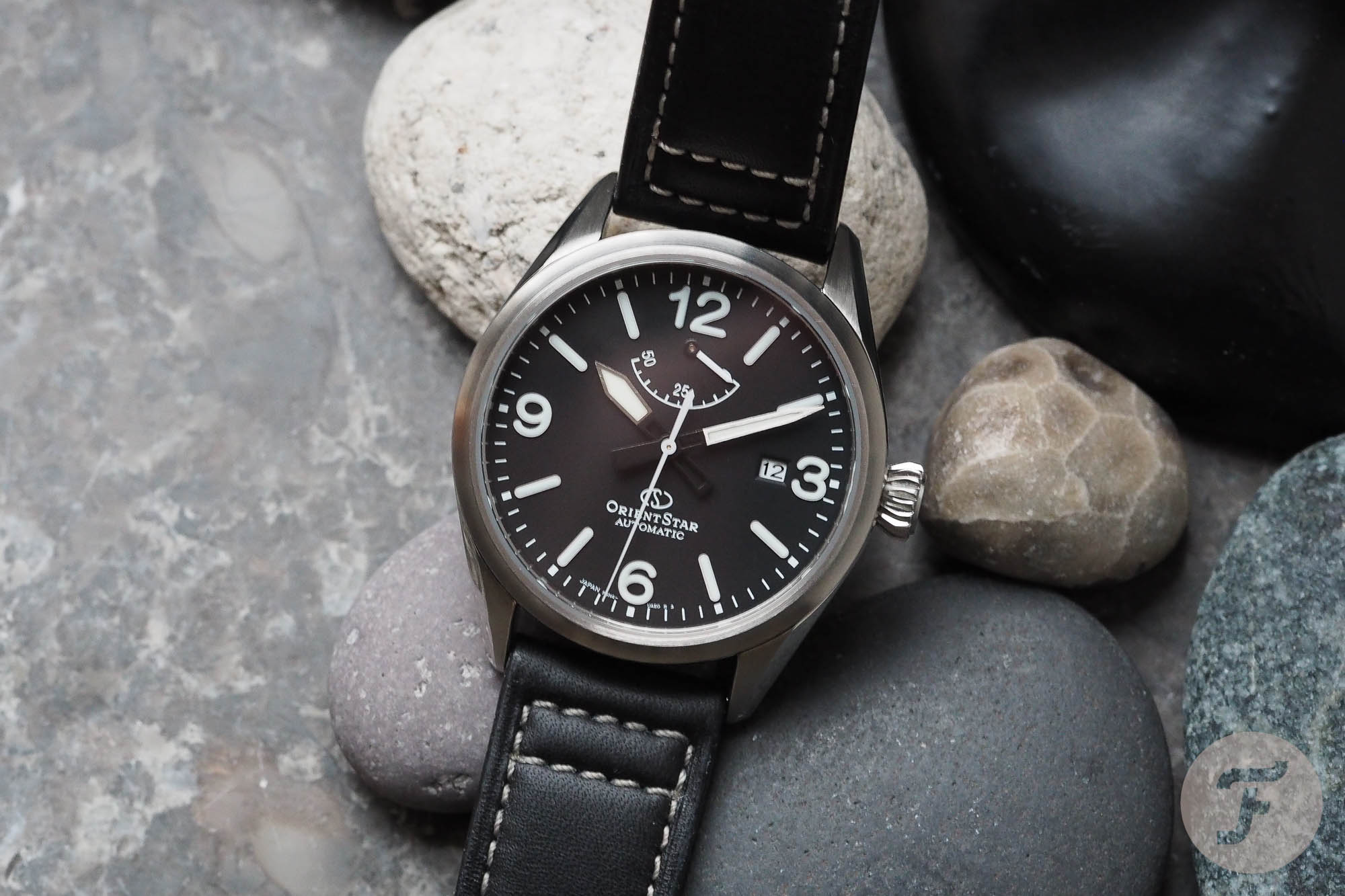 It’s been a couple months since we’ve checked out a newer Orient, but we were impressed enough with the well-priced Kamasu dive watch that we went back for more.  This time, we change course and move a bit more upscale with the Orient Star Sports Outdoor.  For those who are fairly new to Orient, the “Star” line represents higher spec’d watches with better finishing and attributes such as sapphire crystals.  I’m jumping ahead here, but I’ll just go ahead and state that this is a very nicely made watch and there are notable differences between it and the diver we recently tested from the normal Orient line.  Whether you enjoy the aesthetics is a personal decision, but we’ll dig into those details. 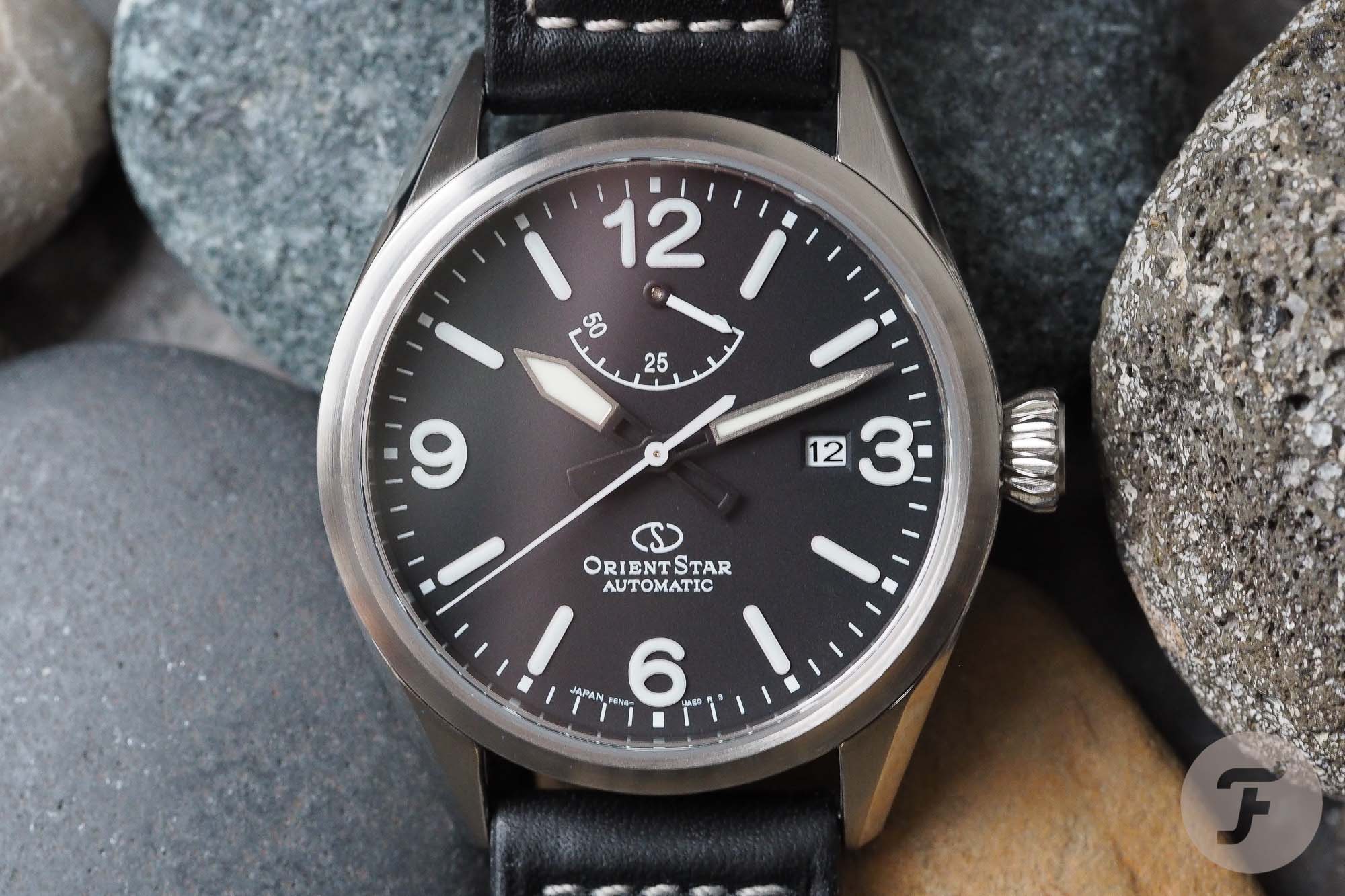 First off, I’ll just mention that I still struggle a tad with the brand’s naming, or non-naming, convention of its models and the Orient Star Sports Outdoor is no exception.  In reality, these watches don’t receive a name from the factory, but markets like the USA give them names because, well, exactly no one will remember a reference number such as this model’s which is RK-AU0203B (but it’s a good way to find the watch for sale in a search).  The other thing that mystifies me is the retailing strategy.  The company certainly has a website and the appropriate market and country can be chosen, but I often struggle to find the watch that I have in my hand or pricing information.  Amusingly, it was the Orient USA site that has today’s model on its site with this for pricing information, “$1,470”.  But there’s nothing else…. So, I then used my trusty google and find the watch on all kinds of Japanese sites that will gladly send the watch to whichever market and the pricing ranges from 450 – 570 Euros and that’s marked down from a Japanese retail price of roughly 79,000 JPY.  It’s all a bit confusing and I do hope that Orient straightens things out because I do think they’re making some compelling watches that anyone interested in Seiko or Citizen should investigate.  I’ll also give them somewhat of a pass because, after all, we were saying the same things about Seiko not so long ago and look where they are today. 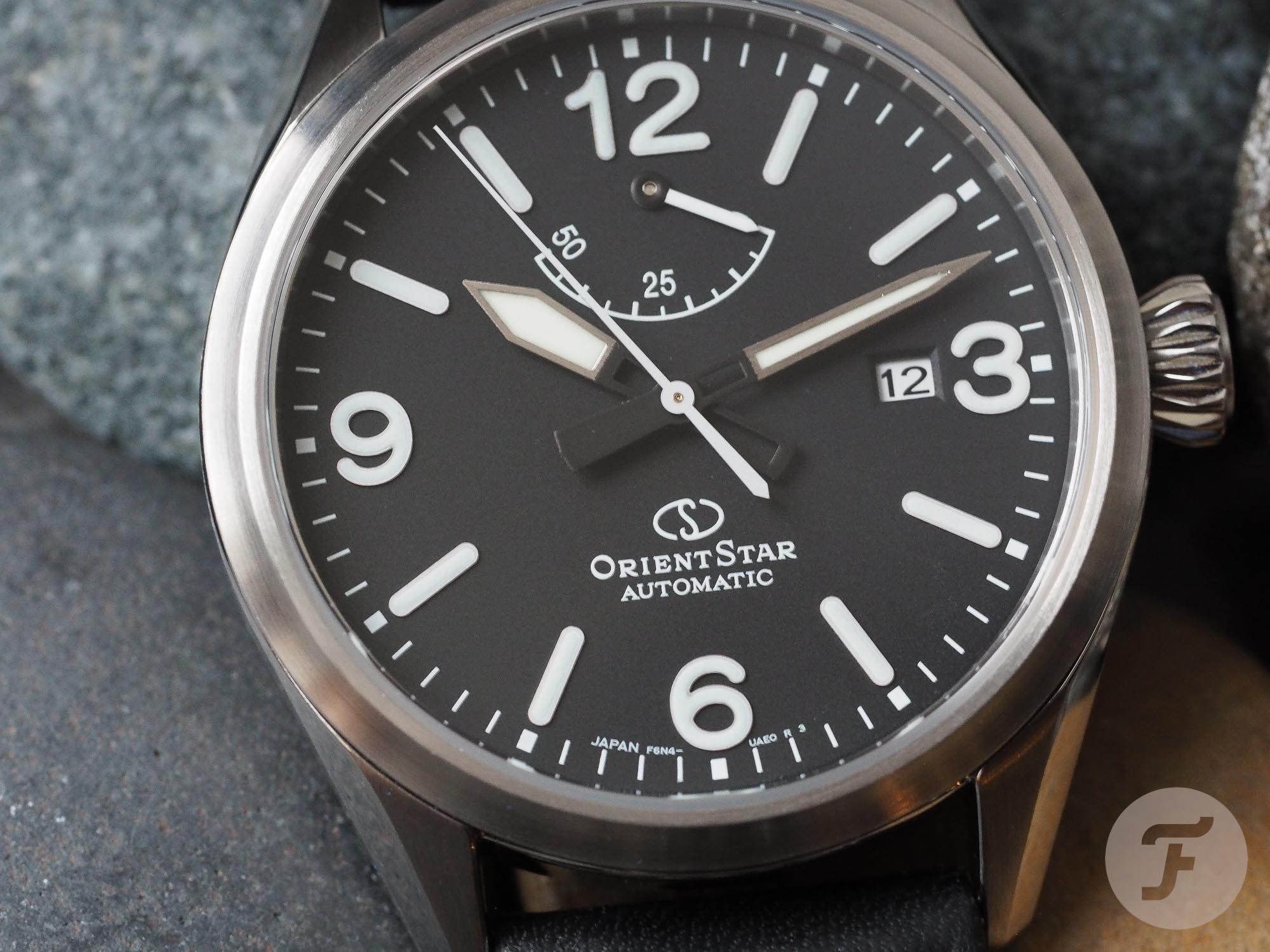 With the Orient Star Sports Outdoor, the brand describes it as a field watch and I think that’s rather apt.  What I see immediately is also a nod to Germanic “Flieger”, or pilot, watches as the piece has a matte black dial, boldly lumed sword hands and equally bright Arabic and line-shaped indices at the hours.  The 41mm stainless case with onion crown also echoes classic aviation-style watches. 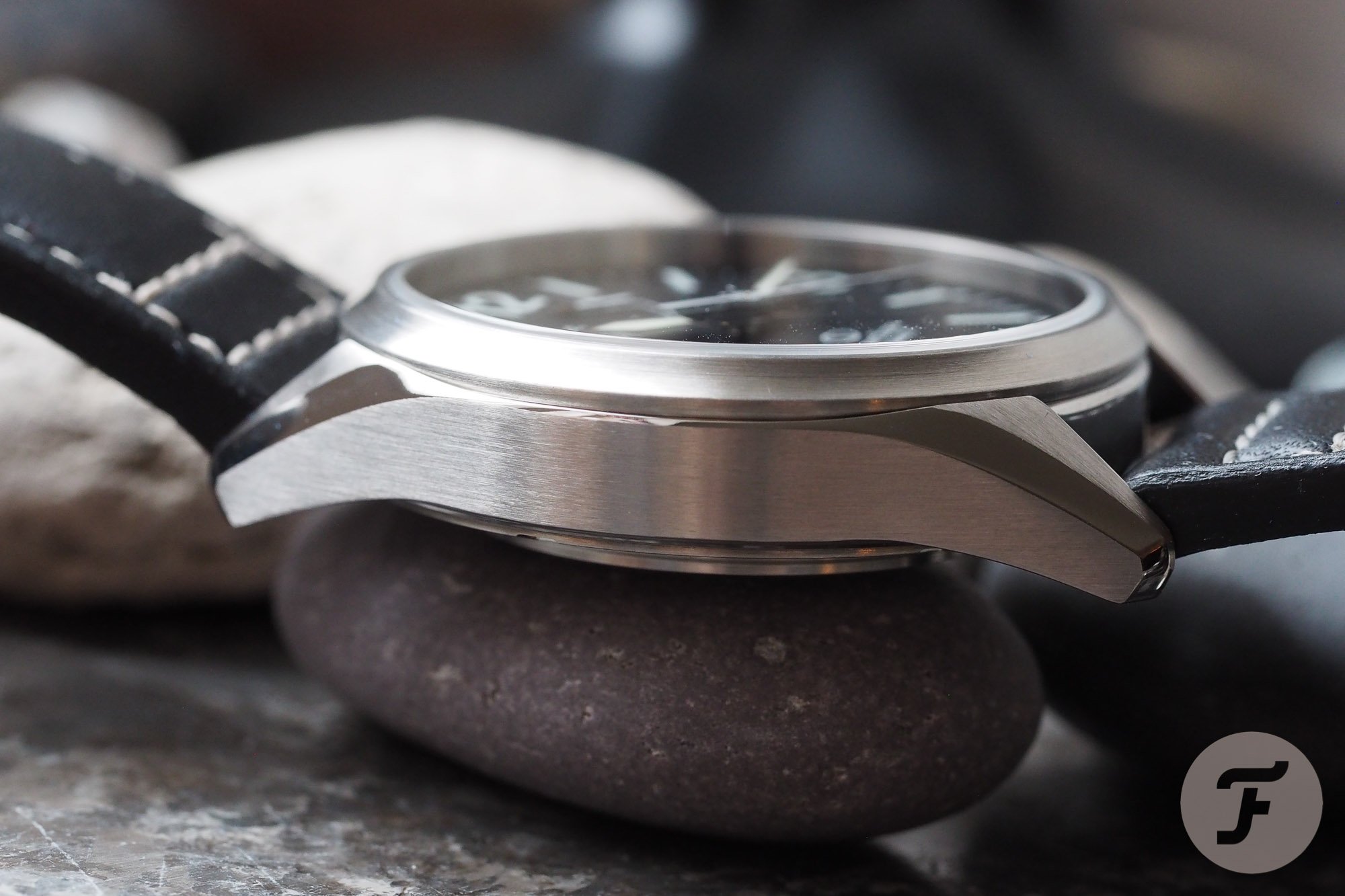 The case, by the way, is well finished with alternating matte and polished surfaces.  But what sets the visage apart from any number of these types of watches (brands such as IWC, Sinn, Laco, Stowa, and many others) is the inclusion of a power-reserve indicator on the dial. 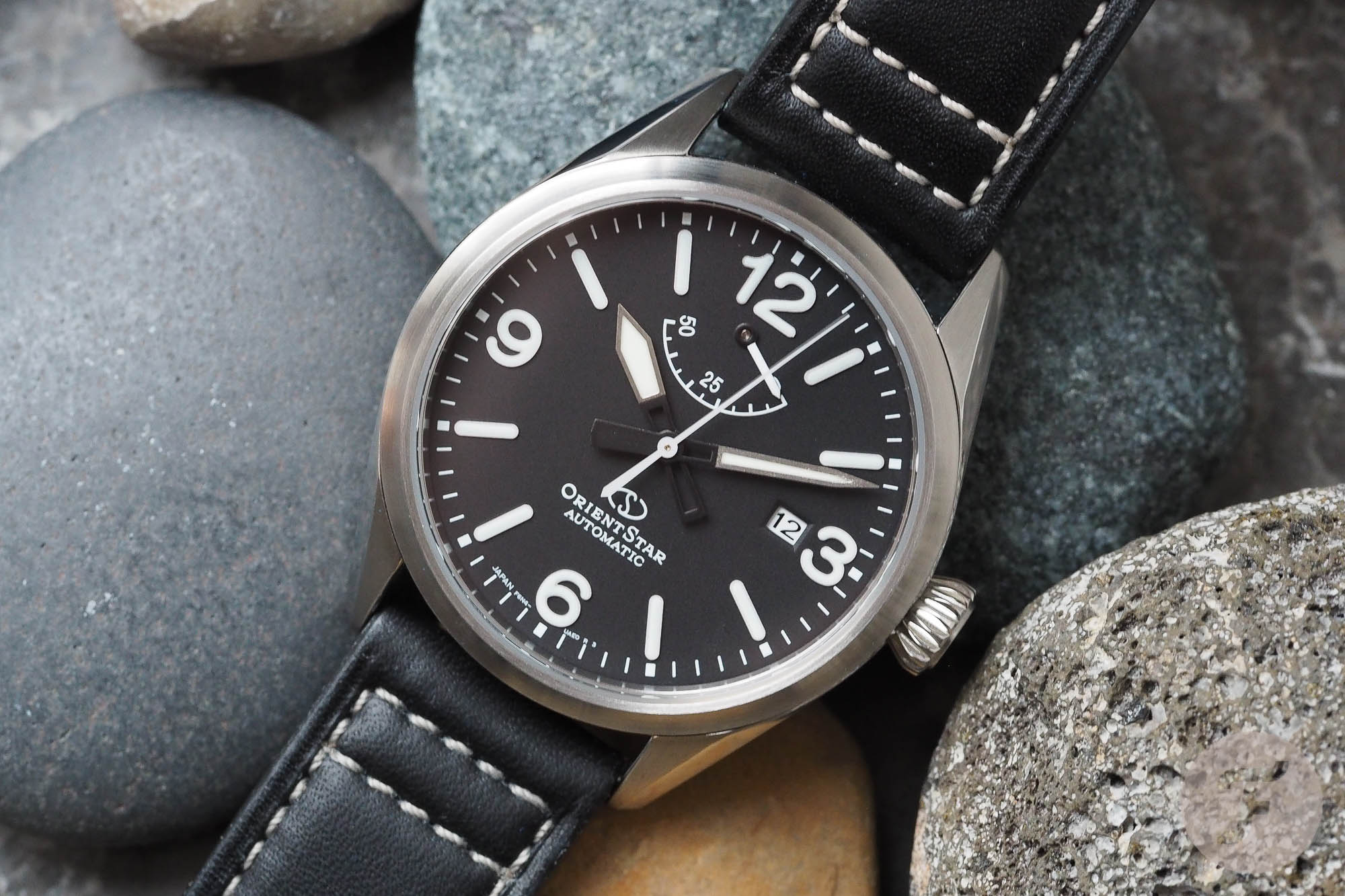 It’s confession time – I feel like I do that a lot around here – I really can’t stand a power reserve indicator on the dial of a watch.  To me, it’s akin to slapping an awful spoiler on the body of an otherwise beautifully designed automobile.  As an example, while some might disagree with calling a classic 911 beautiful, I never liked the “whale tail” that adorned so many of the non-Turbo cars in the 80’s.  I like consistency and simplicity and, seriously, if you’re wearing your watch with any consistency a power reserve also feels like overkill.  But, oddly enough, I strangely don’t mind the indicator on the Orient Star Sports Outdoor and there are two reasons for my change of heart.  First off, it eschews the typical watchmaking desire (necessity?) to stick it somewhere on the side or off-kilter at 7:00 or so.  I like symmetry and, besides, there’s plenty of dial real estate, so I think that it works.  Coming back to my earlier point, I also think it helps to set the watch apart within a field of, sorry, other similar field watches.  So, yes, I’m cool with it. 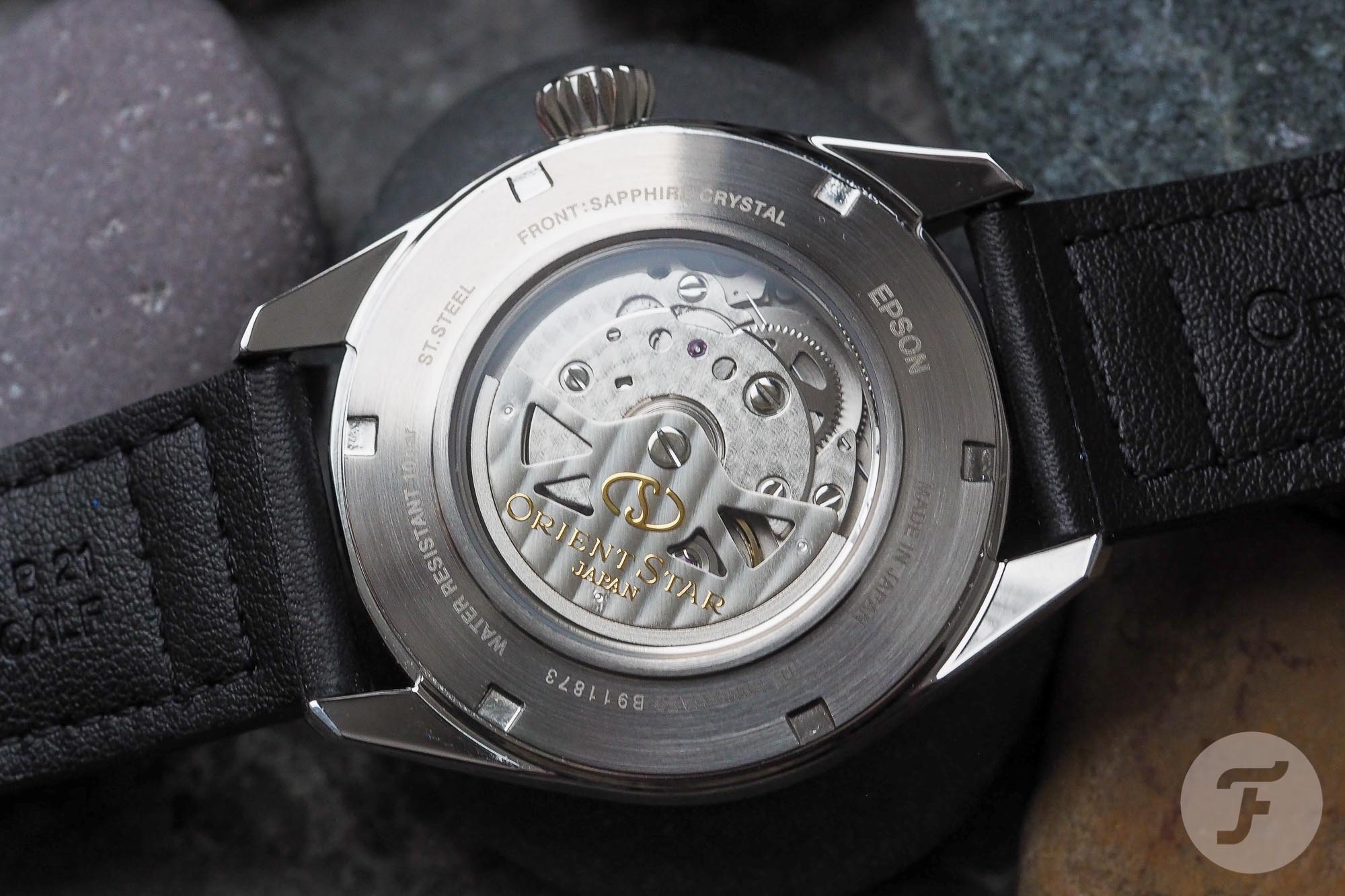 The In-House F6N43 Sits Inside

The Orient Star Sports Outdoor has a screw-down case back that displays its in-house “made in Japan” F6N43 automatic movement.  It’s a smooth winder when using the screw-down onion crown (100 meters of water resistance as an FYI) and runs at 21,600 bph.  It also hacks and, naturally, has a quick set date function.  Some call it a “good” movement in the range of Seiko’s 6R15 if that gives you any indication. 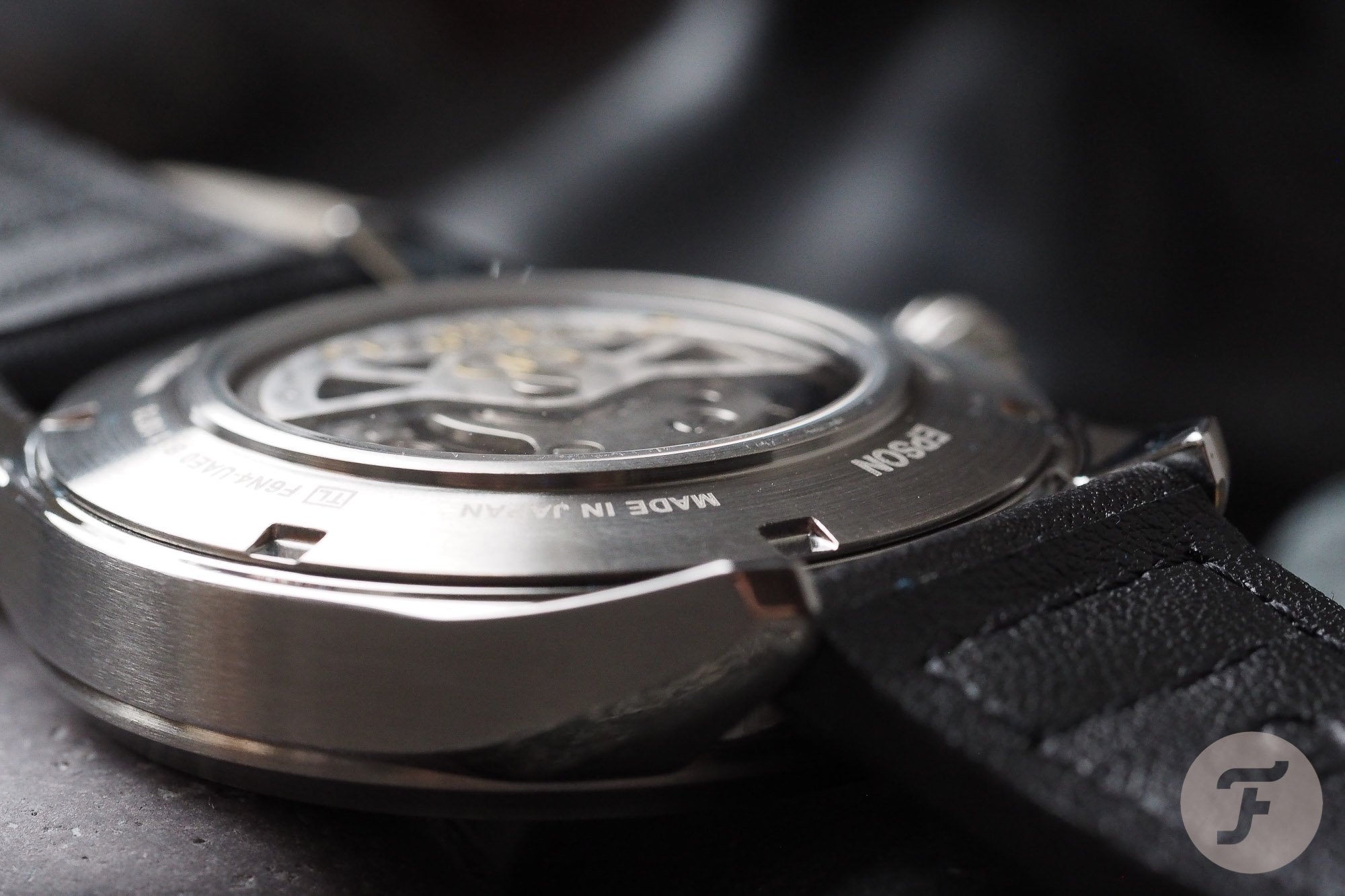 Whatever the case, it ran well for me and I find the finishing more than decent at this price.  I also never really put the power reserve indicator to the test as the watch has a more than ample 50 hours of power reserve. 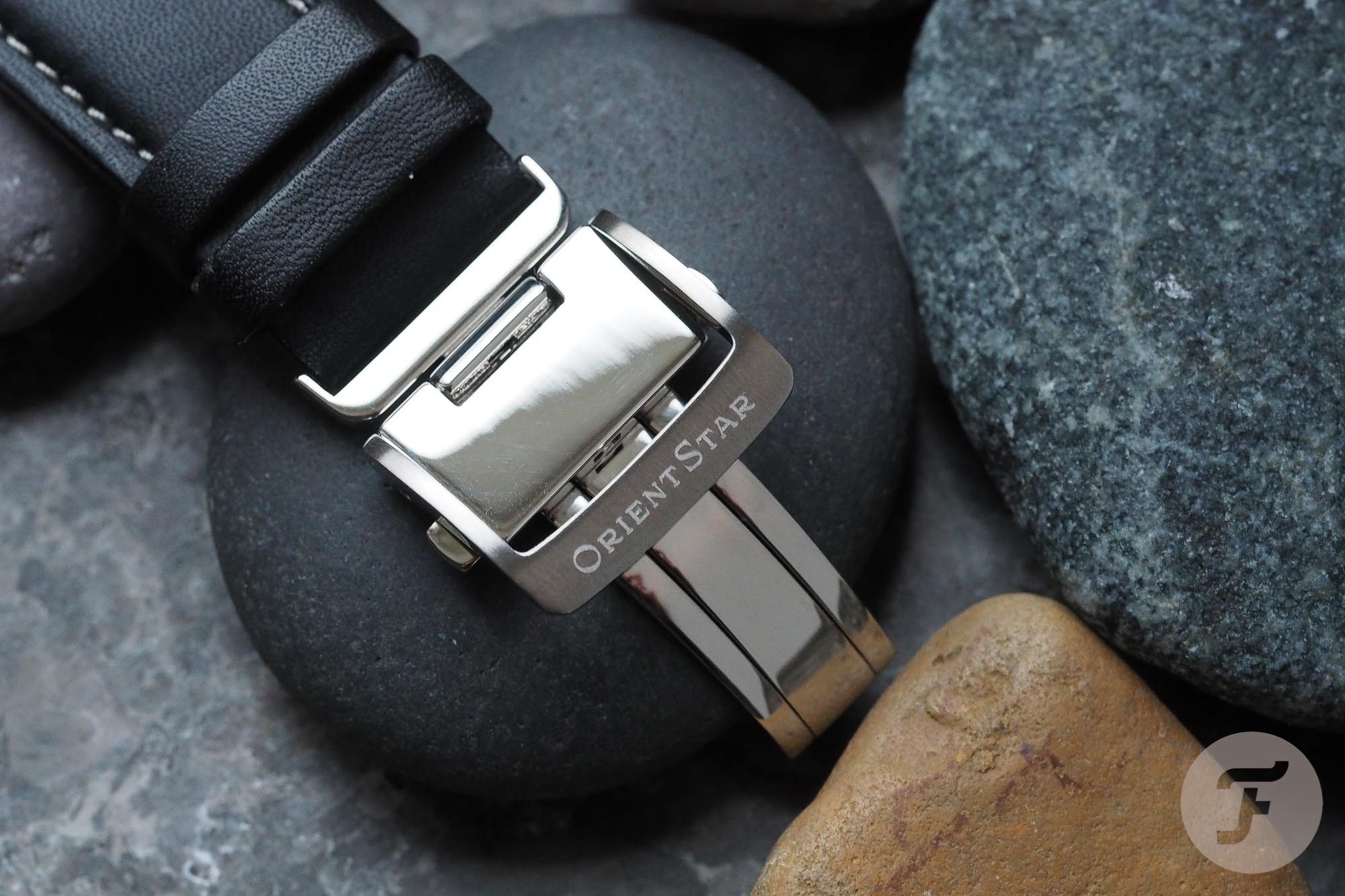 If there’s a complaint from my side about the Orient Star Sports Outdoor it has to do with the strap and deployant buckle.  It all works, it’s just that the leather feels pretty cheap and the steel buckle has some cheaply finished edges.  You’ll need to hunt a bit on a replacement as the lug width sits at a not-so-common 21mm, but there are options for sure.  I’d think olive drab nylon would look pretty good. 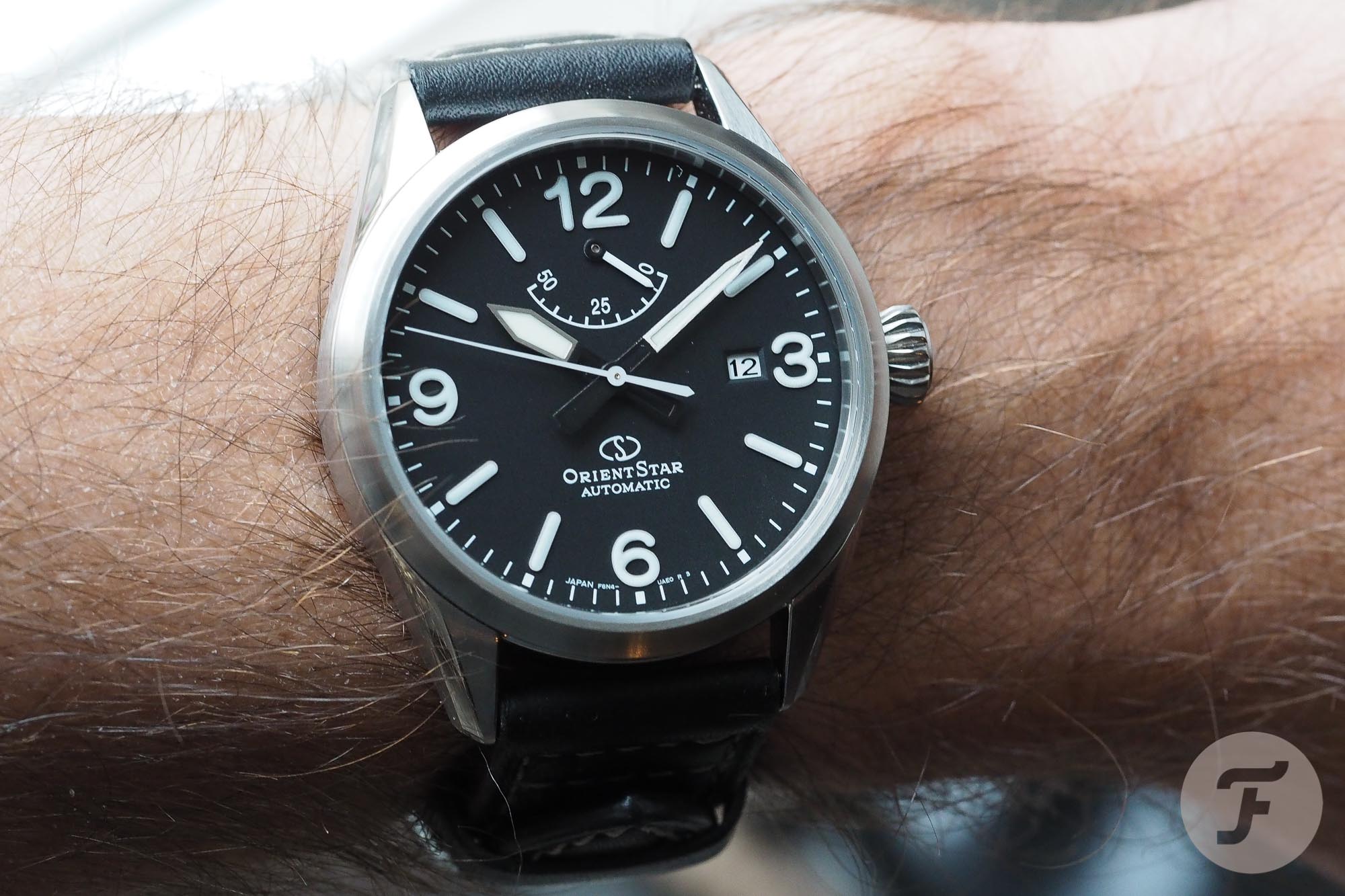 All in all, the Orient Star Sports Outdoor is a cool watch from a brand that we’re having fun getting to know.  Minor nitpicks aside, which primarily relate to marketing, I’d call it a very worthy competitor to other watches in its class that happen to come from other Japanese brands such as Seiko and Citizen.  There’s no doubt that the Orient Star is worth a look if you’re searching for a stylish, dependable field watch in the 400 – 600 Euro range.

For more information on Orient Star, head to their official site and choose your local market.

Hot Topics
Introducing: The New Seamaster Professional 300M 60 Years Of Bond — With A Special Animated Case Back
105 comments
Are You Still After An Omega × Swatch MoonSwatch?
85 comments
It’s Time To Invest In A Dress Watch — Our Picks From Breguet, Omega, Grand Seiko, And More
72 comments
The Rolex Waitlist Conundrum — How Much Will The Price Of Your Watch Increase While You Wait?
50 comments
The Best Omega Speedmaster Watches Of 2022
40 comments
Popular
Top 10 Rolex Watches – Overview of Models Favoured By Our Readers
Fratello
24
(From The Archives) Shut Up & Read The Truth About Cartier Watches
George Cramer
21
10 Tips For Better Watch Photography
Bert Buijsrogge
11