Although not officially part of the Geneva Watch Days event, Panerai decided to open its doors to the traveling cartel of journalists and retailers to take advantage of the sudden influx of industry professionals over the 26th-29th of August 2020.

We kicked off Thursday with a visit to the Panerai boutique in central Geneva. As it turned out, it was quite a revelation for all of us (RJ, Bert, Mike, and me). Many Fratello team members have owned Panerai watches in the past (and some still do). However, I do not, have not, and have never seriously considered it. Until now, that is… 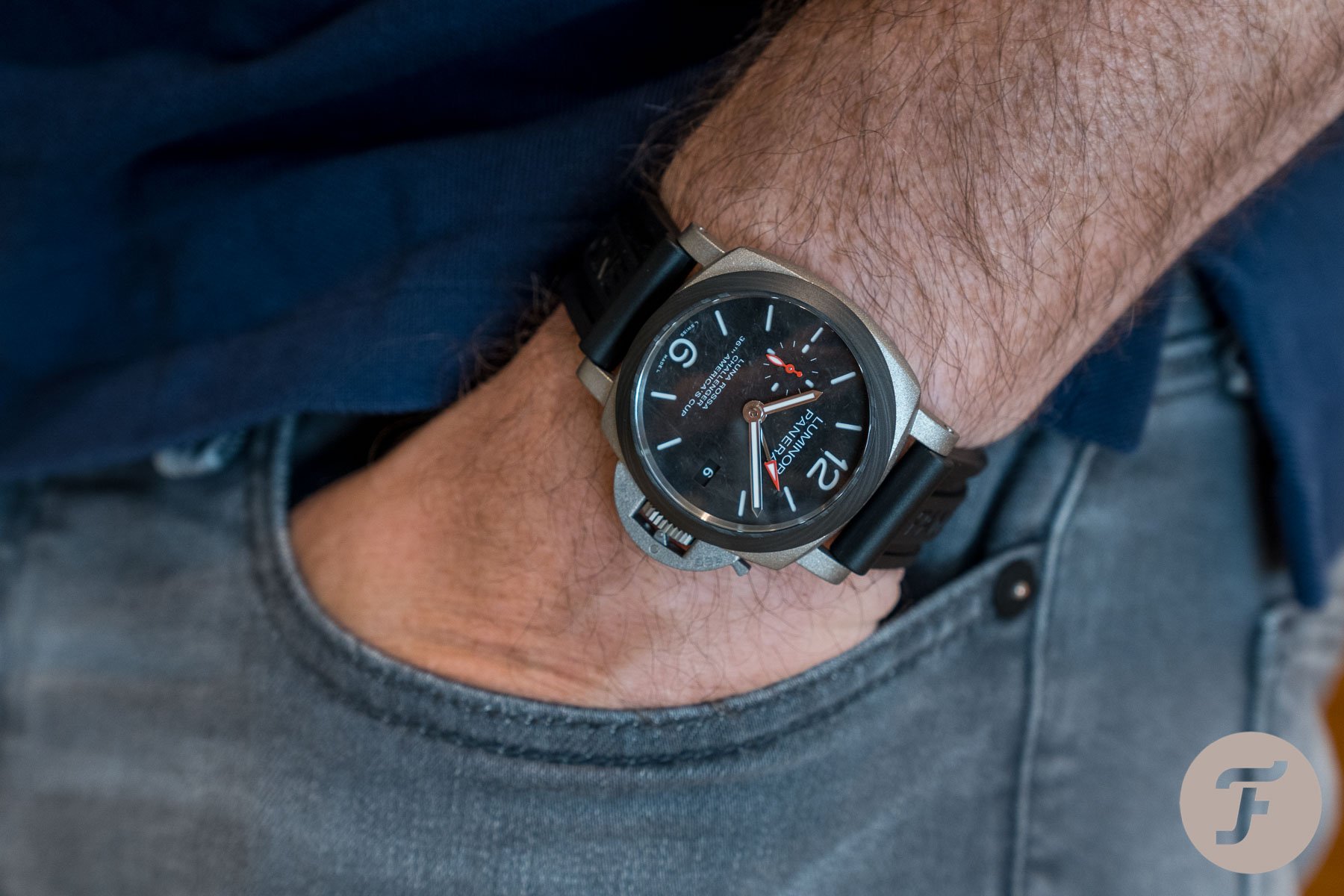 The closest I ever came to buying a Panerai, was buying horrendously cheap imitation cases to play with during my watchmaking apprenticeship. I filled those cases with whatever movements I was learning to service at the time. Rather than keep them, I gave them to curious friends. I never really imagined I could pull off a 44mm+ case in the unforgiving cushion shape of Panerai.

And the truth is I never wanted to take a step down in diameter to compensate for my small wrist. Why? Because I felt it would be untrue to the essence of the brand and not really “Panerai” enough. It may sound moderately ridiculous, but I stand by it. I was happy to respect the brand from afar. At last, in Geneva last week, I found something right up my street. 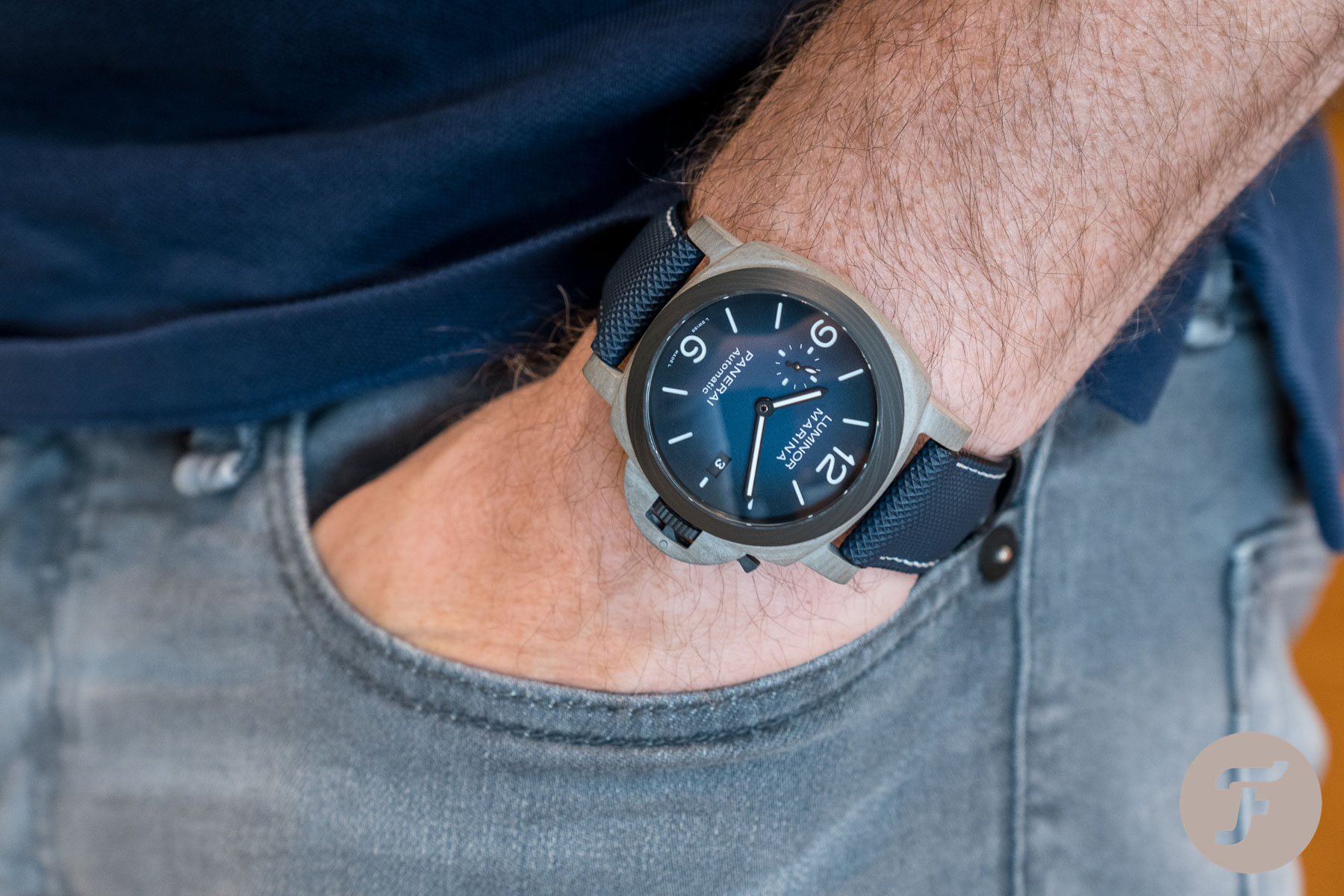 It turns out my “casism” only applies to the Panerai Radiomir and Luminor ranges. When it came to a 42mm Panerai Submersible Goldtech model I was smitten. And I wasn’t the only one. Mike loved it. It tickled RJ. And I even think I saw Bert raise a not-entirely-dismissive eyebrow in between shooting everything the friendly staff brought us to photograph. 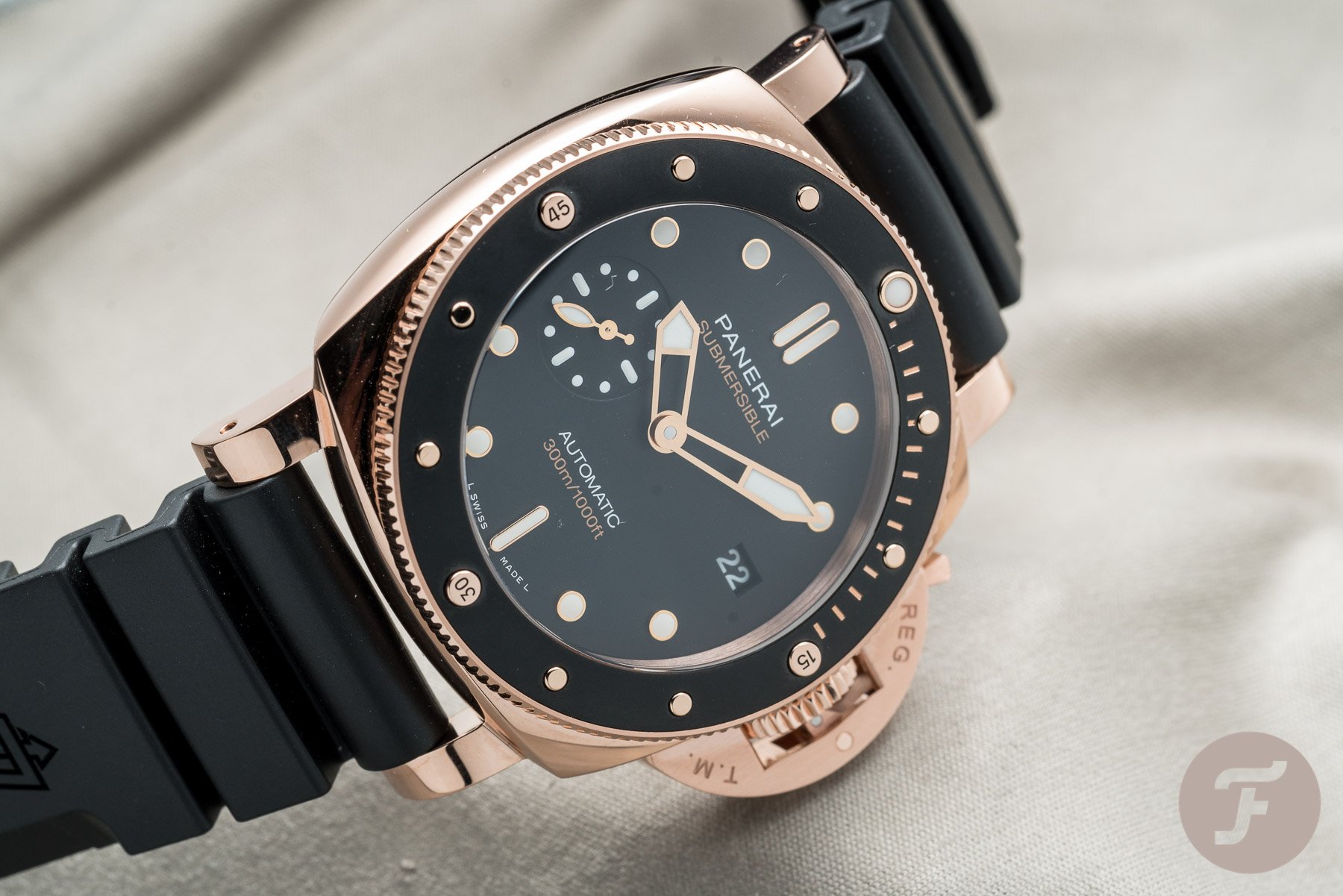 It came in at around CHF 26,000. That’s a lot of Panerai (and a lot of gold) for that price. Beyond that really standout piece I found myself amazed by the affordable entry-point. That took the form of a super clean 12, 3, 6, 9 Radiomir in steel with the Officine Panerai logo on the dial. At under 5K, it warrants serious consideration for anyone wishing to buy into the brand.

Hot take: Panerai brings the heat with its continued material experimentation and knocks it out the park with the 42mm Submersible Goldtech. An impromptu catch-up with brand CEO Jean-Marc Pontroué was a nice treat, especially given our recent conversation with him on the Fratello Podcast.

In-depth reviews of the pieces seen during the fair will follow. Feel free to comment below with your initial takeaways of new releases, the event format, and anything you’d like us to focus on or explore further.