In search for a new classic, next to its long time (since 1986) popular SBB Swiss Railways watch, at the end of last year Mondaine introduced its Helvetica line. 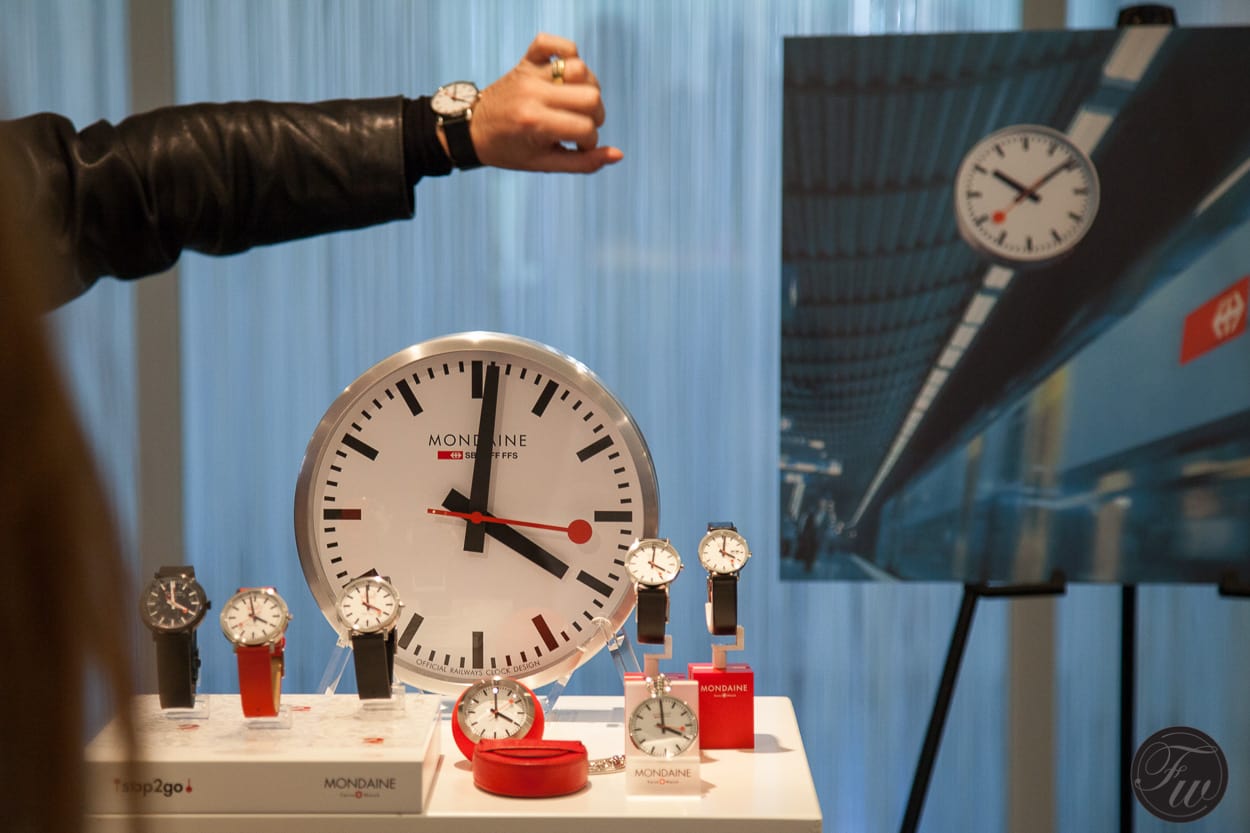 A clever step to use Helvetica, which may be the name of the most ubiquitous font around, as the name of a watch collection. It’s said that Helvetica is a font of such practicality and beauty that it is both ubiquitous and something of a cult. And Helvetica, Latin for Swiss, is linked to this Alpine country almost as firmly as the SBB Swiss Railways.

It was up to designer Martin Drechsel to translate the Helvetica font into the watch design. This resulted in an incredibly simple design at first glance, but which has little quirks that are only noticed when you really study the watch. The most obvious reference in the design of the watch to the Helvetica number 1 is the modeling of the lugs. 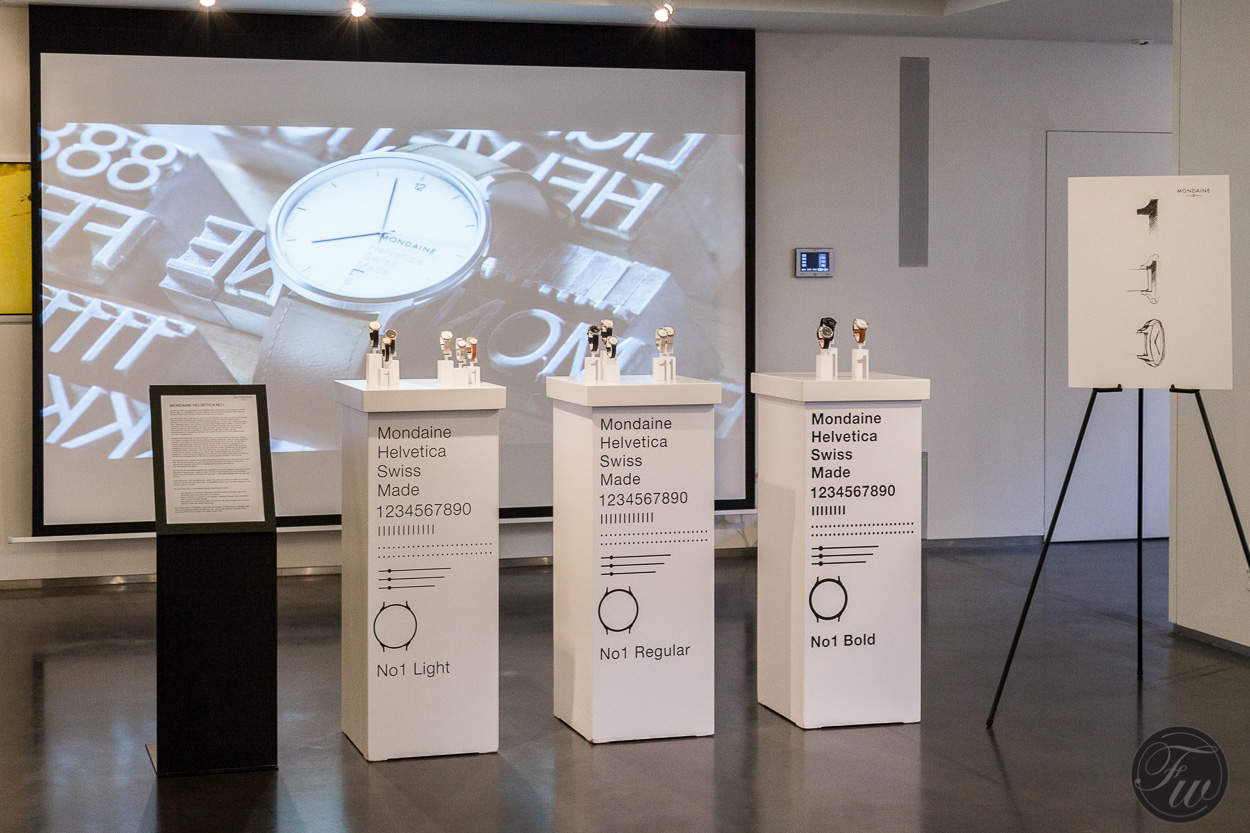 Recently the Helvetica line, which consists of 15 models – from Helvetica Light, Regular to Bold – was added with the Mondaine Helvetica No.1 Horological Smartwatch. Last week Mondaine invited us to take a closer look at that watch. 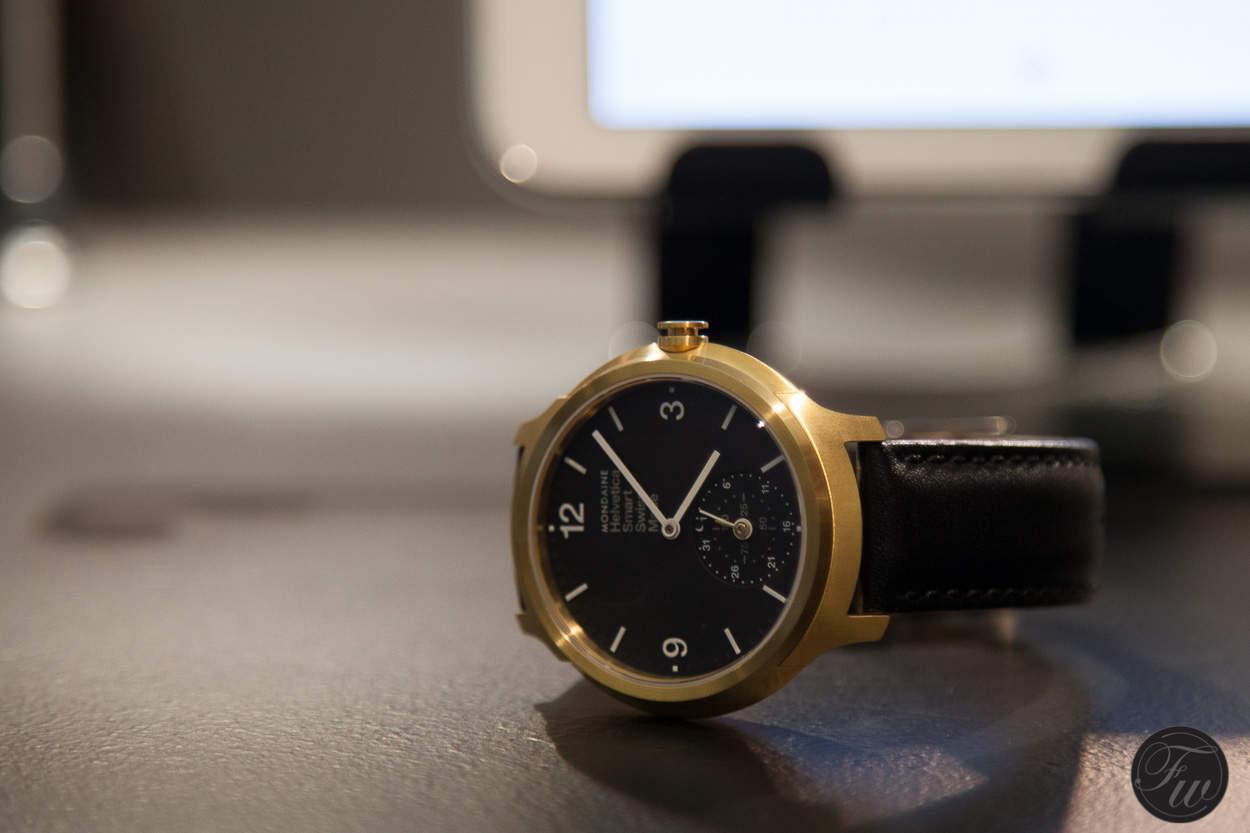 On the functions of the Smartwatch we can be quite short here. Mondaine uses the exact same MotionX module as the one in the Frederique Constant Horological Smartwatch. Our contributor Balazs did a hands-on review earlier on all MotionX functions is his article here.

Mondaine informed us that the corresponding app on your phone and/or tablet was design-wise slightly adapted to the style of Mondaine, however the functions of the module were not altered for Mondaine and so are exactly the same as on the Frederique Constant. 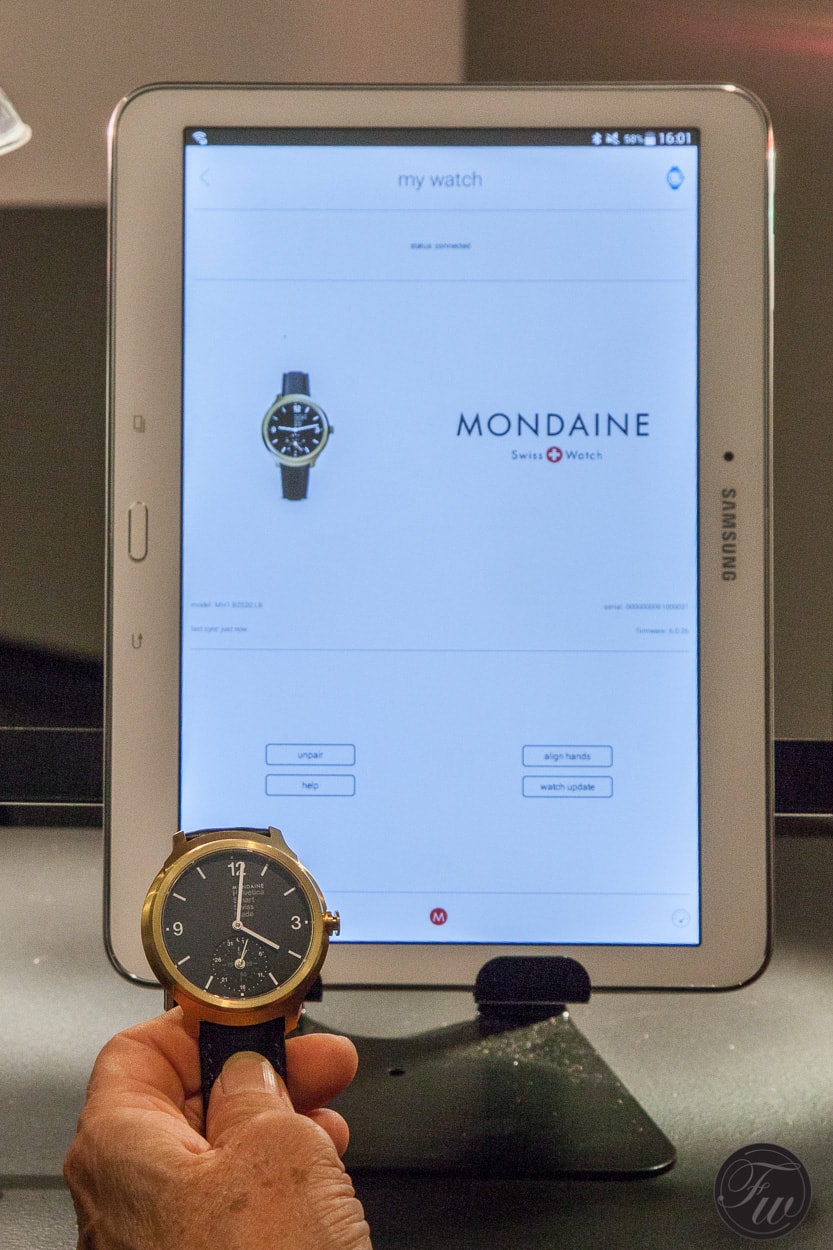 A further feature is the specially designed case back of the Mondaine Helvetica No.1 Horological Smartwatch, doubling as a resonance box to make the alarm sound louder. 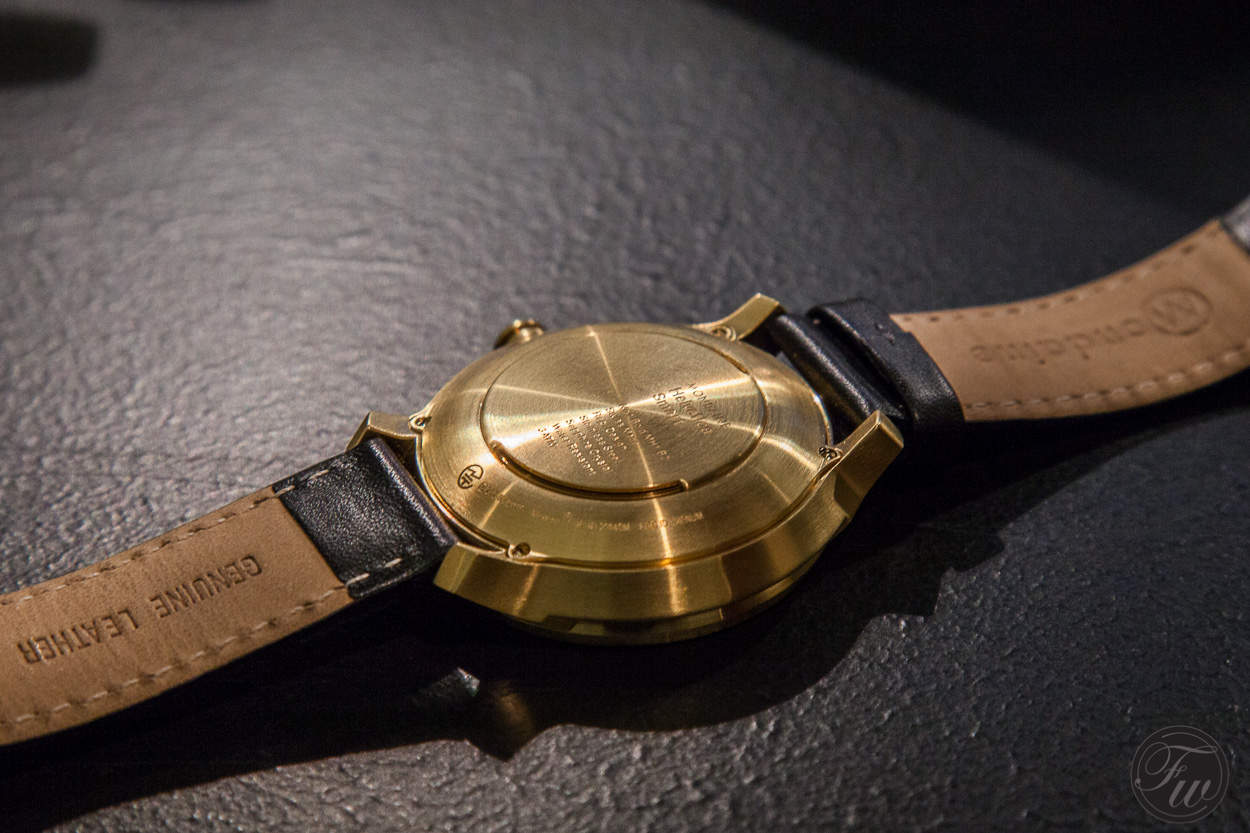 The Mondaine Helvetica No.1 Horological Smartwatch, part of the Helvetica Bold series, is introduced in three variations. A classic brushed steel casing, a gold plated casing and black coated one. 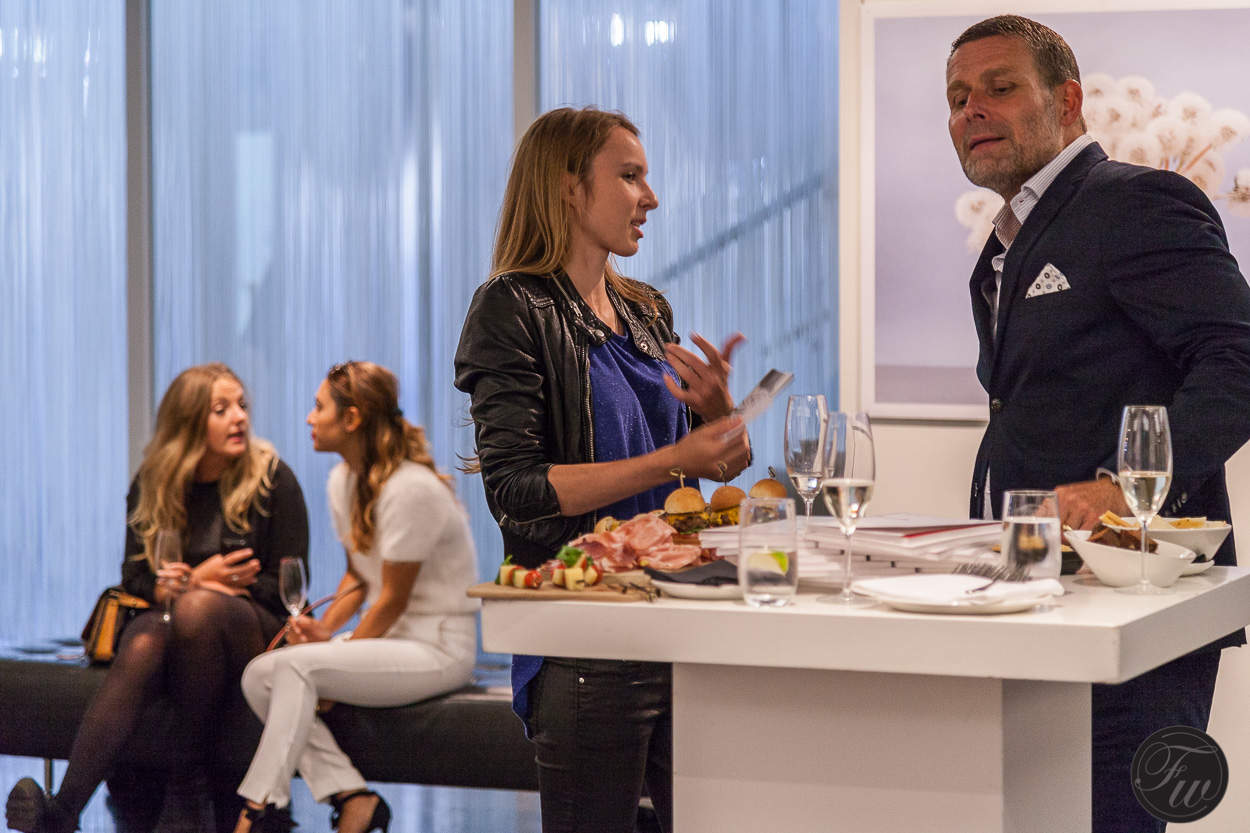 From July 29th to September 6th 2015 there’s an on-line limited edition of 1957 pieces available (1957 was the year Helvetica was registered) at a pre-order price of CHF 795,=. The regular price for the Mondaine Helvetica No.1 Horological Smartwatch, available from October 2015 in shops, will be CHF 895,=.