Somehow, this Grande Reverso wasn’t shown during the presentation of Jaeger-LeCoultre this year in Geneva. However, it was on display in the lobby of the Jaeger-LeCoultre booth so we asked if we could see it up close.

The little sign on the plate next to the watch said that it was inspired by the Jaeger-LeCoultre Reverso model from 1935, with a central second hand, but yet it is called the Jaeger-LeCoultre Grande Reverso 1931. In any case, this vintage looking and inspired watch is a beautiful piece that really does have that appeal of a vintage watch. 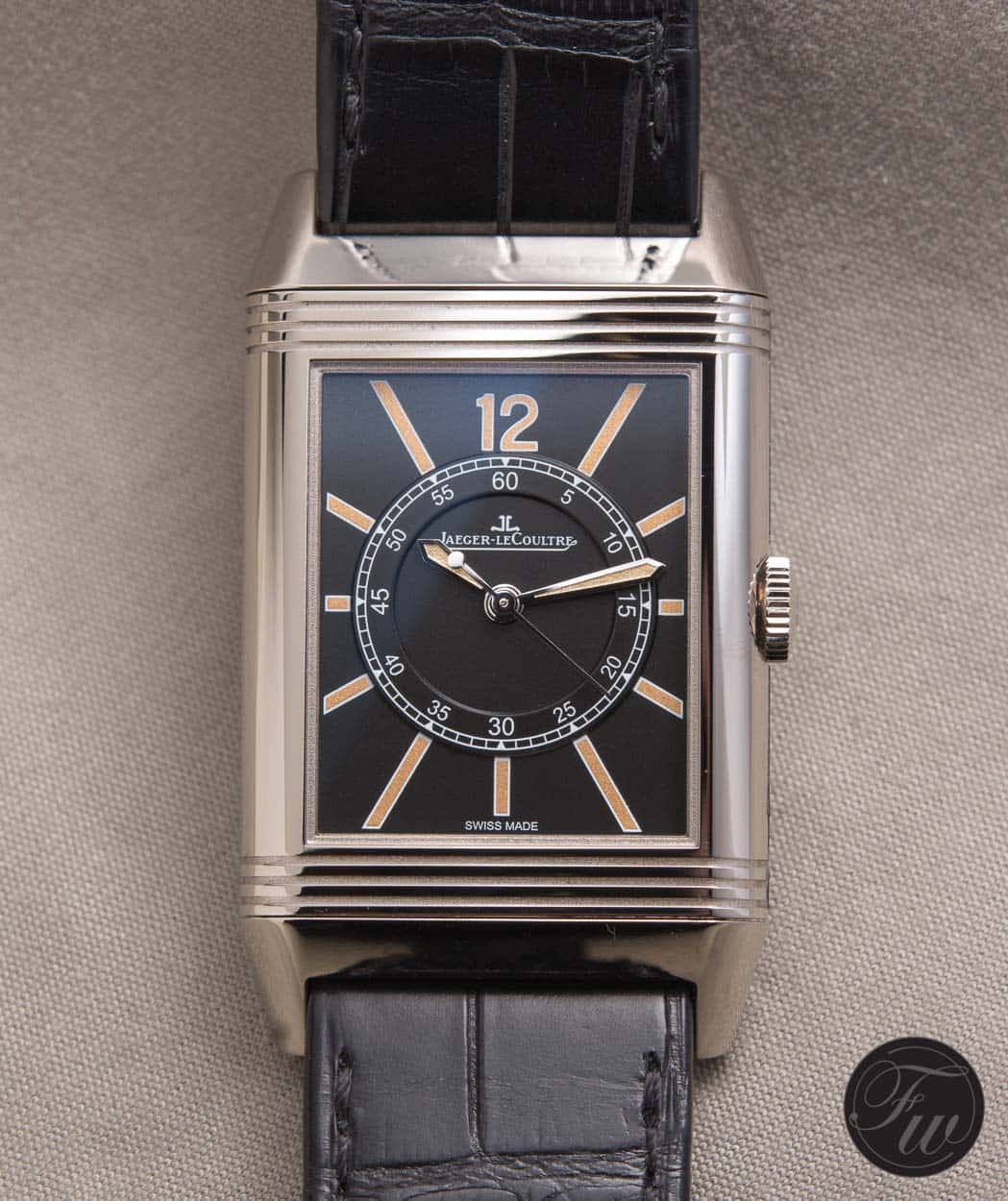 The Tribute to 1931 model (that we reviewed here) received some follow-up models with different dials and even a gold model, we guess you could say that the Grande Reverso 1931 Seconde Centrale is part of that collection. A stunning dial with a nice minute track, faux-patina hour markers and hands and this time, the dial does say ‘Jaeger-LeCoultre’ instead of ‘Reverso’.

A white gold case is used, with a special engraving on the case back. The back of the reversible case is just plain and leaves room for a personal inscription or message. Inside the case, Jaeger-LeCoultre used a self-winding movement this time instead of the hand-wound movement of the original Tribute to 1931 model that was introduced in 2011 (to commemorate the 80th anniversary of the Reverso). This movement, caliber 966A, is only 4.2mm thick and has a 38 hour power reserve. 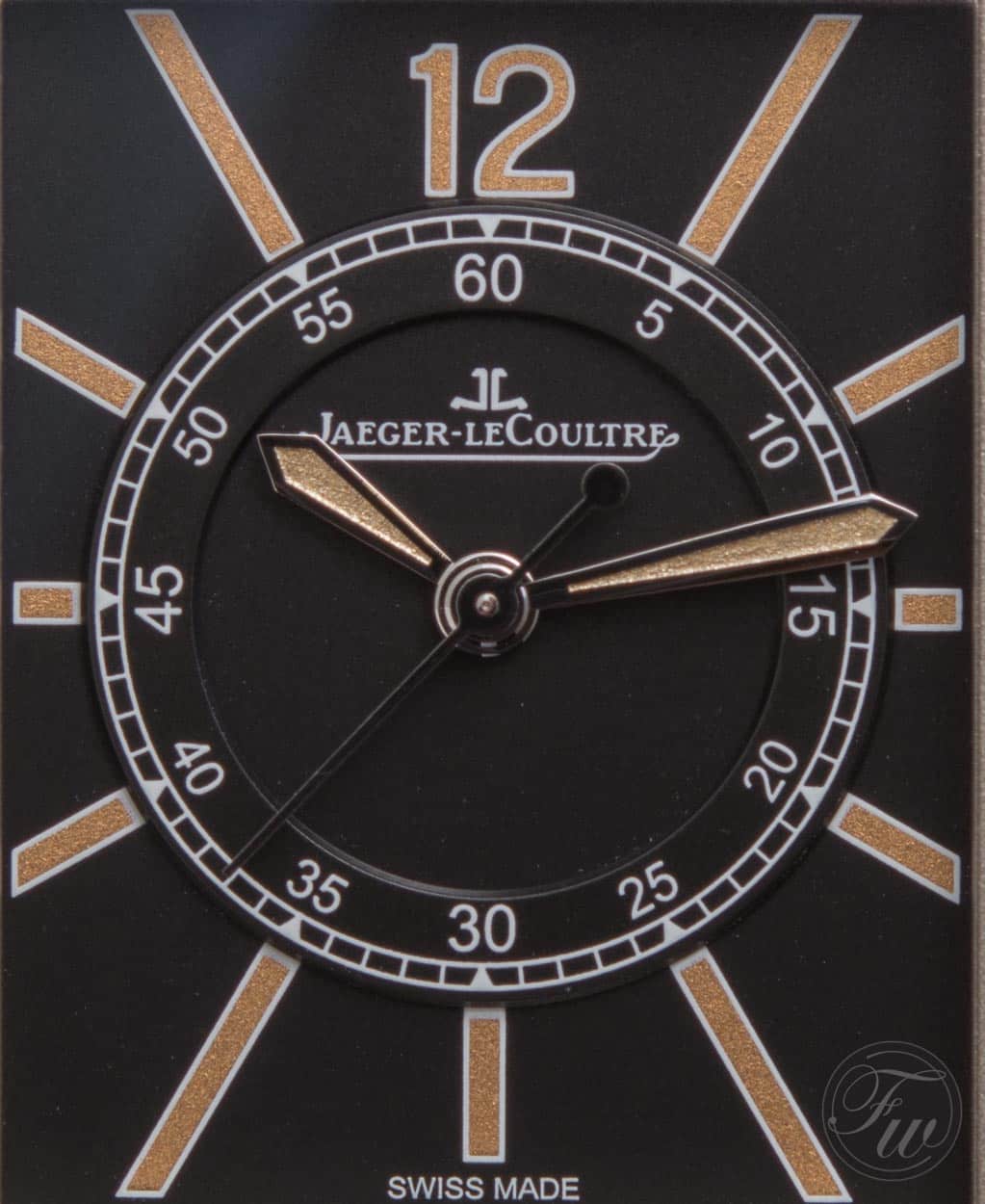 Although we don’t mind a watch without a second hand, it is still pretty convenient to have them and it makes the watch being a bit more alive than hours and minutes only as with the Tribute to 1931 model. The Jaeger-LeCoultre Grande Reverso Ultra Thin 1931 ‘Chocolate’ (we covered it here) had a small second hand at 6 o’clock of course just like the Grande Reverso Ultra Thin 1948 model.

The Jaeger-LeCoultre Grande Reverso 1931 Seconde Centrale was received quite well among the press when it was shown in Geneva during the SIHH. However, it won’t be as accessible as the Tribute to 1931 of 2011, as it will only be available in white gold.

More photos in the gallery below. Official Jaeger-LeCoultre website.