Linde Werdelin, friend of the show for many years now, is introducing a new member of the Oktopus-family. As you probably know by now, the Linde Werdelin has two pillars, the Spido and the Oktopus. This Oktopus Moon Tattoo is their most prestigious piece to date, as they claim in their press release. A few years ago, Linde Werdelin already showed us the art of a tattooed Oktopus watch and in 2010 they introduced us the Oktopus Moon as well (limited to 29 pieces). 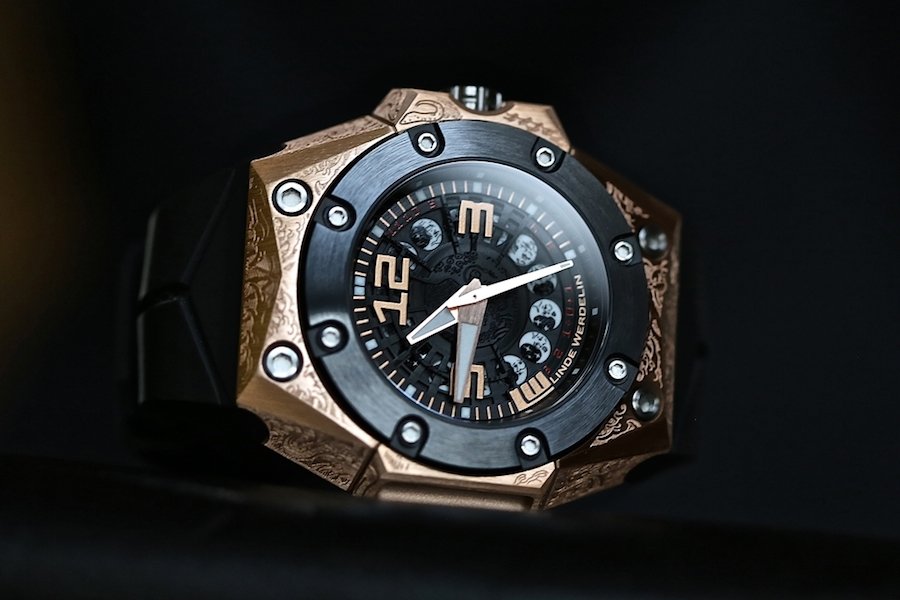 Although it is still possible to add-on Linde Werdelin’s The Reef instrument, we are guessing that no-one will actually do that to this timepiece that is, according to co-founder Morten Linde “‘the marriage between modern thinking and traditional craftsmanship resonates throughout an LW timepiece. The Oktopus Moon Tattoo is the perfect balance of contemporary art, technology and innovation; transporting poetry and imagination into the world of time keeping”.

As you can see below, the ‘tattoo’ on the caseback is one of an Octopus and the engraving on the rest of the case reflects its environment. The production is limited to 59 pieces, which is clearly engraved in the lower right lug (seen from the back side). Every watch is numbered as well. 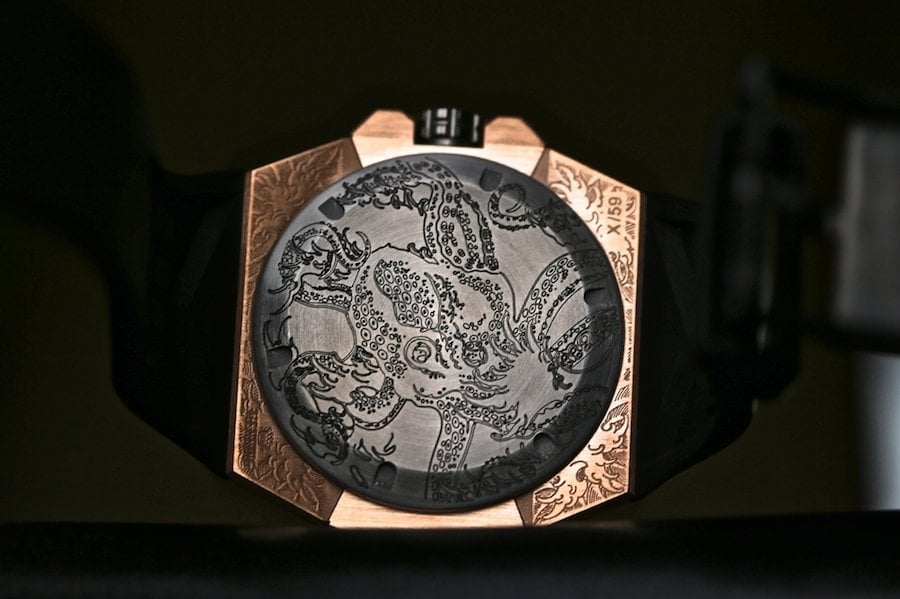 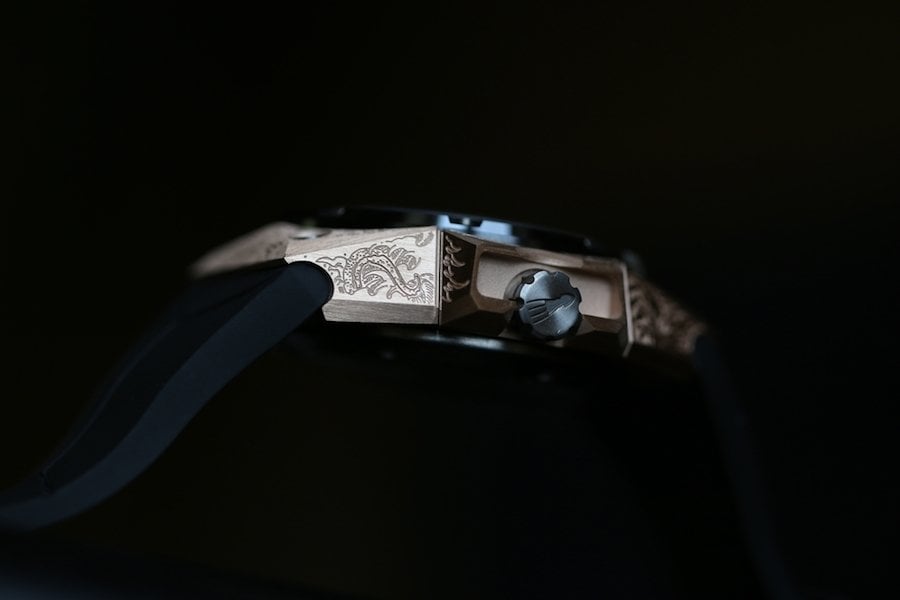 Also the delicately brushed and finished sides of the case have been engraved with Oktopus/sea-related figures and shapes. The crown has a swimming oktopus engraved as well. The watch is attached on a rubber strap on the pictures of the press release, but there is no mentioning about it otherwise. It might be the case that this watch will become available on leather as well, but rubber makes the most sense perhaps (for a diving watch).

This is a watch we didn’t see coming after the introduction of the Oktopus II Double Date (here) timepieces. This rose gold Linde Werdelin Oktopus Moon Tattoo consists of a five part case, a construction that Linde Werdelin has been using since 2012. The movement is securely sealed in a titanium chamber inside the watch case. 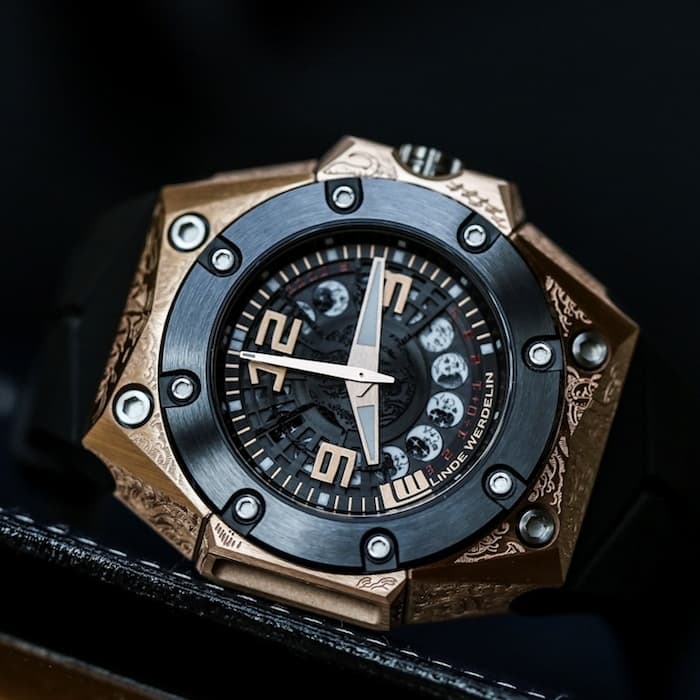 The bezel attached to the watch is made out of black ceramic and protects the watch against the occasional bumps and scratches. The large gold hands and Arabic numerals give the watch a nice appearance, especially when the light is shining on these high polished parts.

The skeletonized dial reveals part of the movement (with an in-house developed add-on for the Moon phases) as well as the luminous moon phases. These moon phases are printed and placed one-by-one on the moon disc. As you probably know, the time between 2 full Moons is 29,5 days. Linde Werdelin limited the production of this Oktopus Moon Tattoo to 59 pieces, which is 2 times 29,5.