The highest bid ever on an Omega watch!
Robert-Jan Broer
comments 8
Share

It is not even a Speedy Tuesday but we’re here with some important Speedmaster news. We’ve been following the auctions closely, and are happy to see that this very early 1957 Speedmaster CK2915-1 got some proper appreciation. With a record-shattering winning bid of CHF2,550,00 Swiss Francs!

A very remarkable Speedmaster (lot 53) was auctioned today at Phillip’s in Geneva. Not only because it is a Speedmaster CK2915-1 dating back to November 22nd, 1957, but also because of how it has aged. This is the horological dream to many collectors, not limited to Speedmaster collectors, a beautiful chocolate brown “tropical” dial with broad arrow hands. 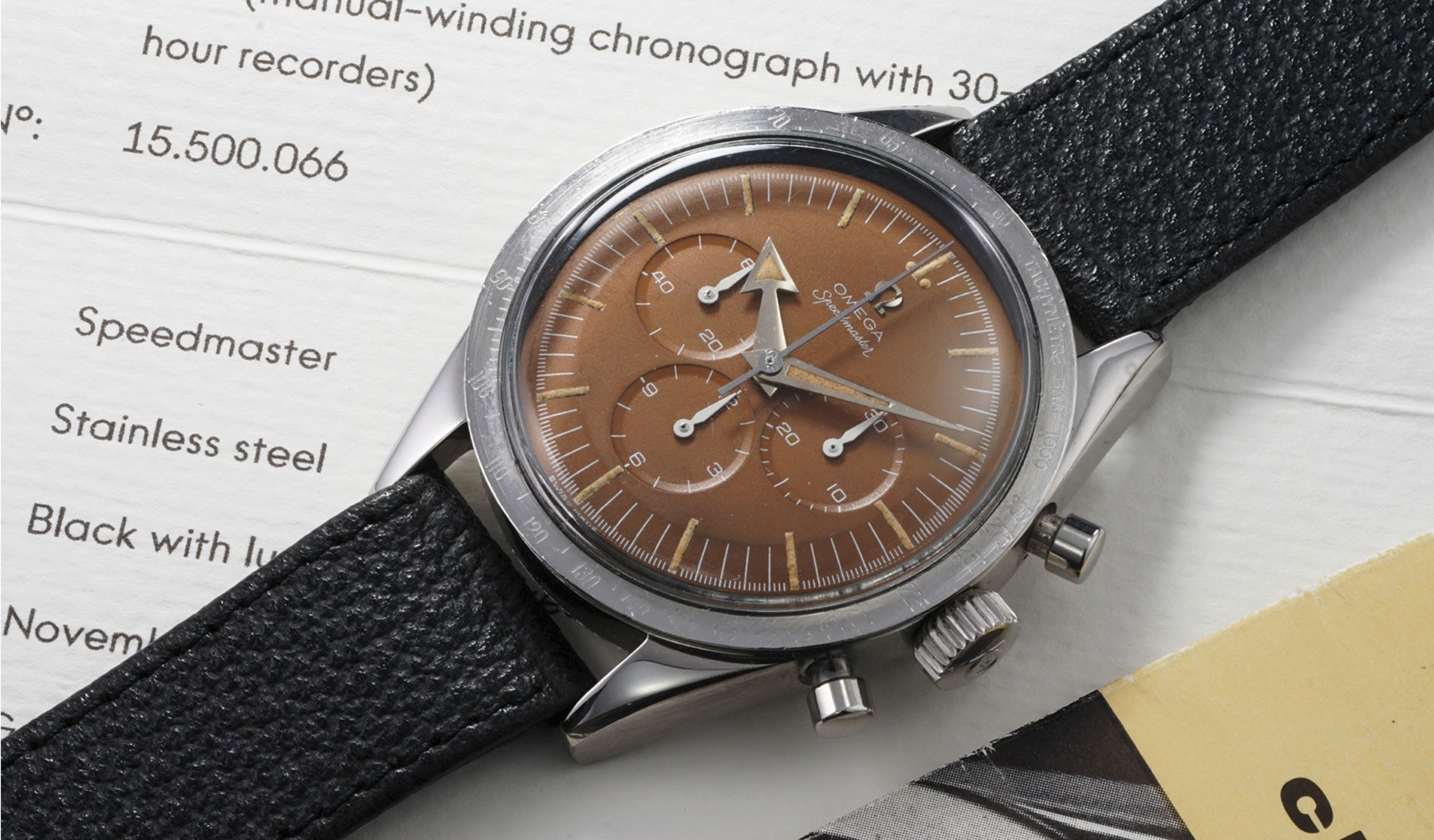 Introduced as a watch for race car drivers, engineers, scientists, and athletes, the Speedmaster got its fame in 1969 as the Moonwatch. And over 50 years later, Omega still takes a lot of pride in that. However, there’s no denying that a Speedmaster C2915-1 like this can be seen as the grail for Speedmaster collectors. It is the first chronograph to have a bezel with a tachymeter scale. Before, the tachymeter scale was printed on the dial of chronographs. This 64-year-old beauty is in great condition, perhaps even the best tropical we’ve come across in all these years. On the tropical dial, you’ll find the oval “O” in “OMEGA” and the luminous material has turned into this beautiful espresso crema gold color. The condition of the hands is incredible: very sharp and clean. Although the bezel shows wear, the overall condition of the case, pushers, and crown is amazing. The case back shows the hippocampus in the center and “SPEEDMASTER” engraved on its edge. Some of the early models don’t have the hippocampus in the center, but this one does (also correct for the CK2915-1). Both engravings are incredibly sharp and the case back looks very clean in general. 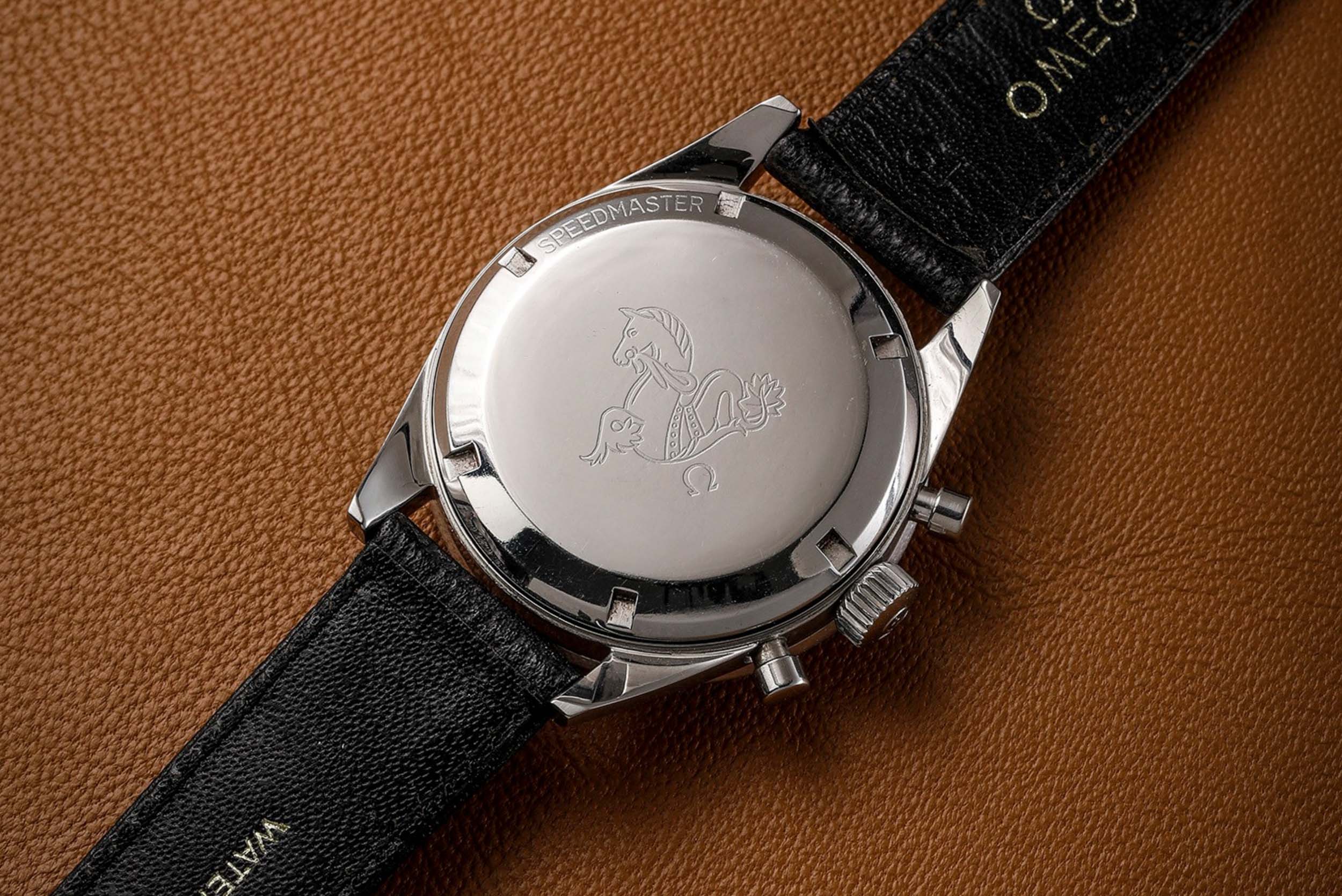 Inside is Omega’s caliber 321 movement, which I’m confident needs no introduction. This movement is engraved with the serial number 15,500,006, dating the movement (and watch) to November 1957. The year where Omega’s Pierre Moinat and Claude Baillod introduced this Speedmaster, to accompany the Seamaster 300 and Railmaster. 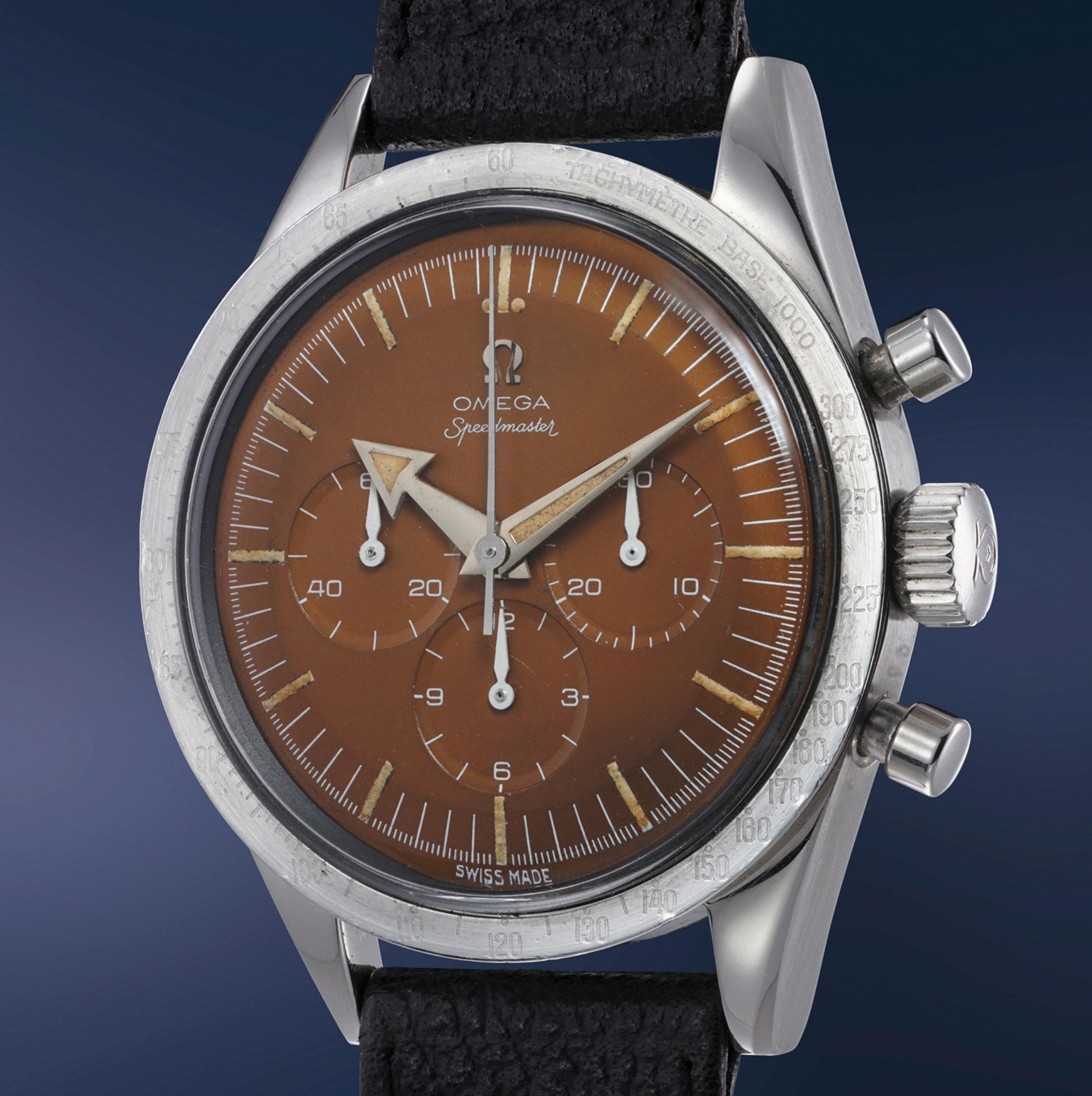 There are three iterations of the Speedmaster CK2915 (-1, -2, and -3) and was in production from 1957 till 1959, before the 2nd generation Speedmaster with reference CK2998 saw daylight. The CK2915-3 was already fitted with the black tachymeter bezel, instead of the steel bezel that this auctioned model has. What also changed on the CK2915-3, were the hands. From the broad arrow hands to alpha hands, that were used on the CK2998 as well. The first iteration, the Omega Speedmaster CK2915-1 we have here, has been produced in 1957 and 1958. Originally delivered with a 7077/6 bracelet, but this Speedmaster CK2915-1 is fitted with an Omega leather strap.

Here in the Fratello office, the entire team present was gathered around my monitor to witness this crazy bidding war. According to the auction live stream, the bidder is from China. CHF 2,550,000 (CHF 3,115,500 including premium) is the highest amount ever paid for an Omega at auction, or anywhere else. More information via Phillips.