Have you ever dreamed of being a super spy? Have you ever wondered what watch you might wear if that career should become your daily grind? Well, perhaps we have an answer for you. At least when it comes to counting cards and flinging chips all over the board in the casinos you’d no doubt make your second (or first) home. No, this isn’t a go-anywhere, do-anything kind of watch. It’s something that’s been shaken and definitely not stirred. Allow us to present to you, the new Omega Seamaster Diver 300M James Bond Numbered Edition in platinum-gold.

Before the coronavirus broke the world in ways we’d never predicted something could, we found ourselves basking in the glow of the Omega Seamaster 300M James Bond edition slated to make its silver screen debut earlier this year. To be honest, it was a weird one. It carried a significant price premium over the regular 300M, but it was just so damned gorgeous (and blessedly unlimited) we seemed not to care.

Now, a few months after that release, we have something new to fawn over. It isn’t really like anything we’ve seen from the James Bond canon before. Is it beautiful? Yes. Is it for everyone? Heck no. But is it something we’re glad to Omega dropping into its stable? You bet it is… 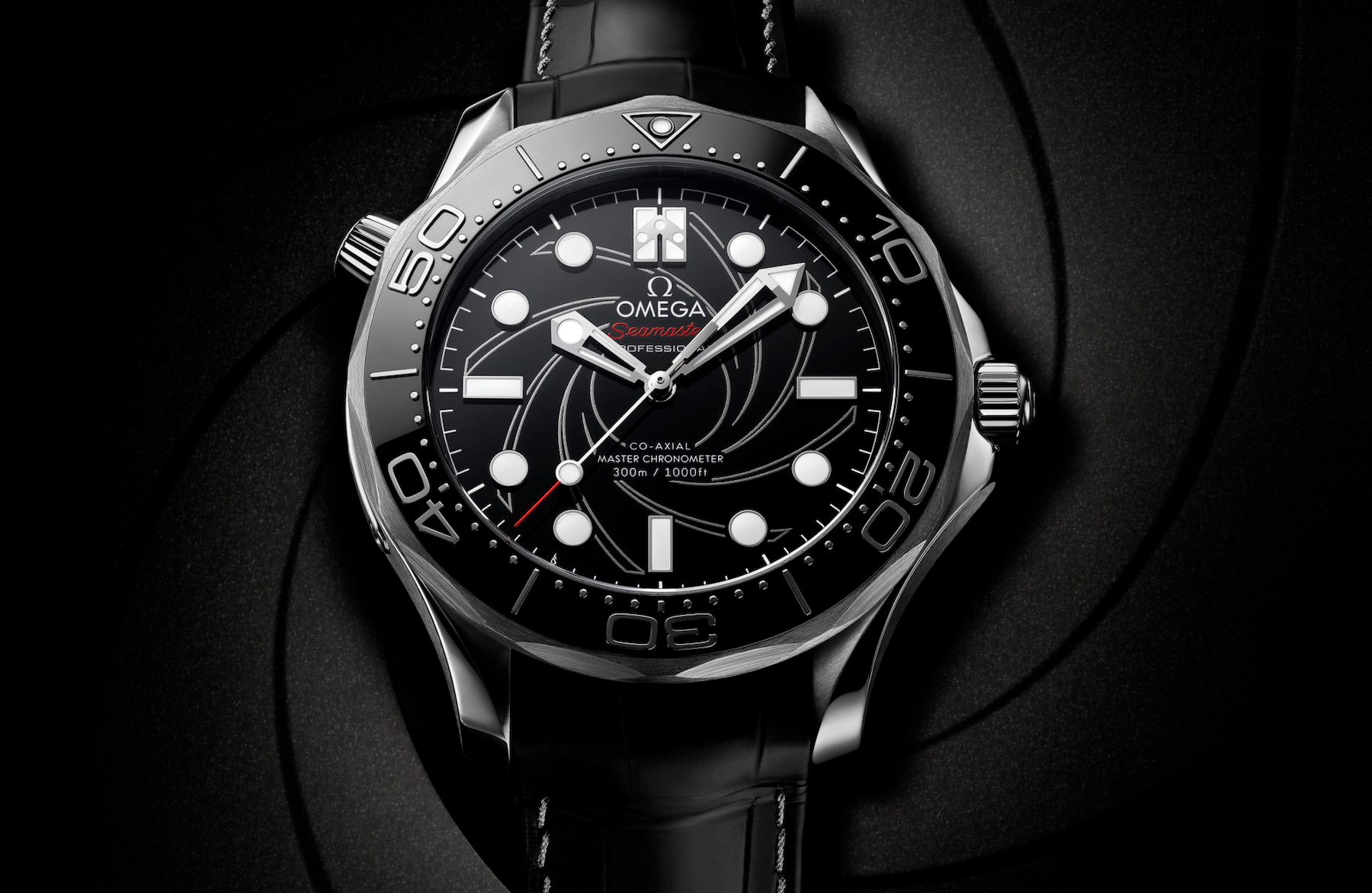 Collecting watches is a truly privileged hobby. Could you imagine complaining to someone with real-world problems about the price of the latest XYZ and being understood? No. And you shouldn’t. The watches over which we drool needn’t be accessible to be worthwhile. Watch collecting — especially for me — is all about context. And it isn’t just the context of the watches you buy that matters. No. It is the context of the entire collection, the context of the entire catalog that makes a difference. The new Omega Seamaster Diver 300M James Bond Numbered Edition in platinum-gold elevates everything around it. It creates a new top level. Something we can all theoretically aspire to (even if we have no real desire to own a platinum watch). 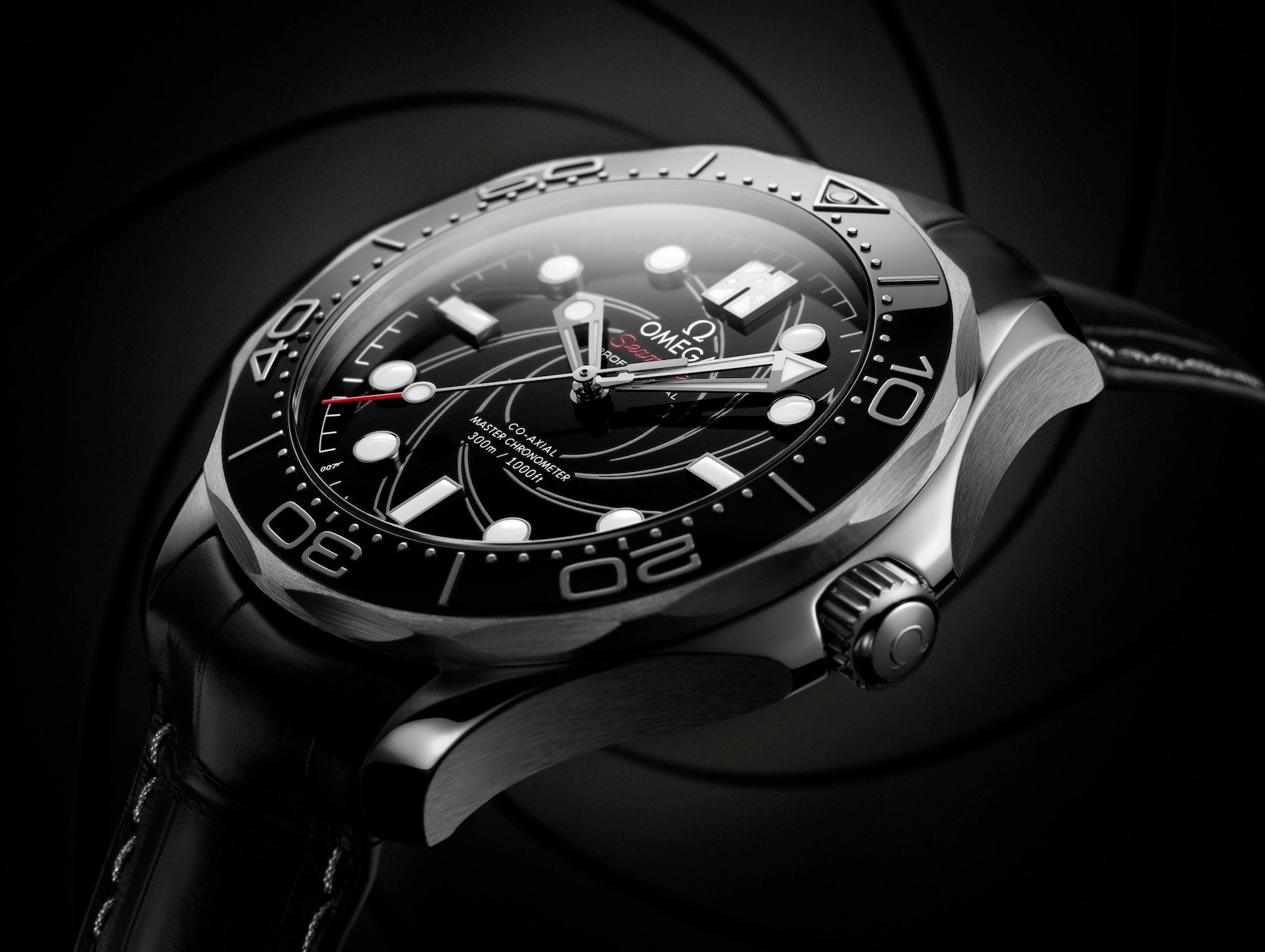 I actually don’t want to own a platinum watch specifically (although I would make an exception for this piece). I really buzz off other people owning them, and I really love trying them on and feeling that unconscionable weight on my wrist. I’d personally be too scared to wear it day in, day out (as I like to do with all of the pieces in my collection), but I absolutely love the fact it exists as a cultural and stylistic touchstone.

It is interesting that Omega has, once again, decided not to limit this Seamaster. Instead, the brand has chosen to release it as a numbered model, which is good news for anyone whose trigger finger has a history of hesitation. This is a piece that probably requires some thought to buy, given the significant investment likely required. I cannot wait until I meet someone wearing this piece at our next Fratello event and get to hear their story of what led up to the purchase and why they decided to add it to their collection. 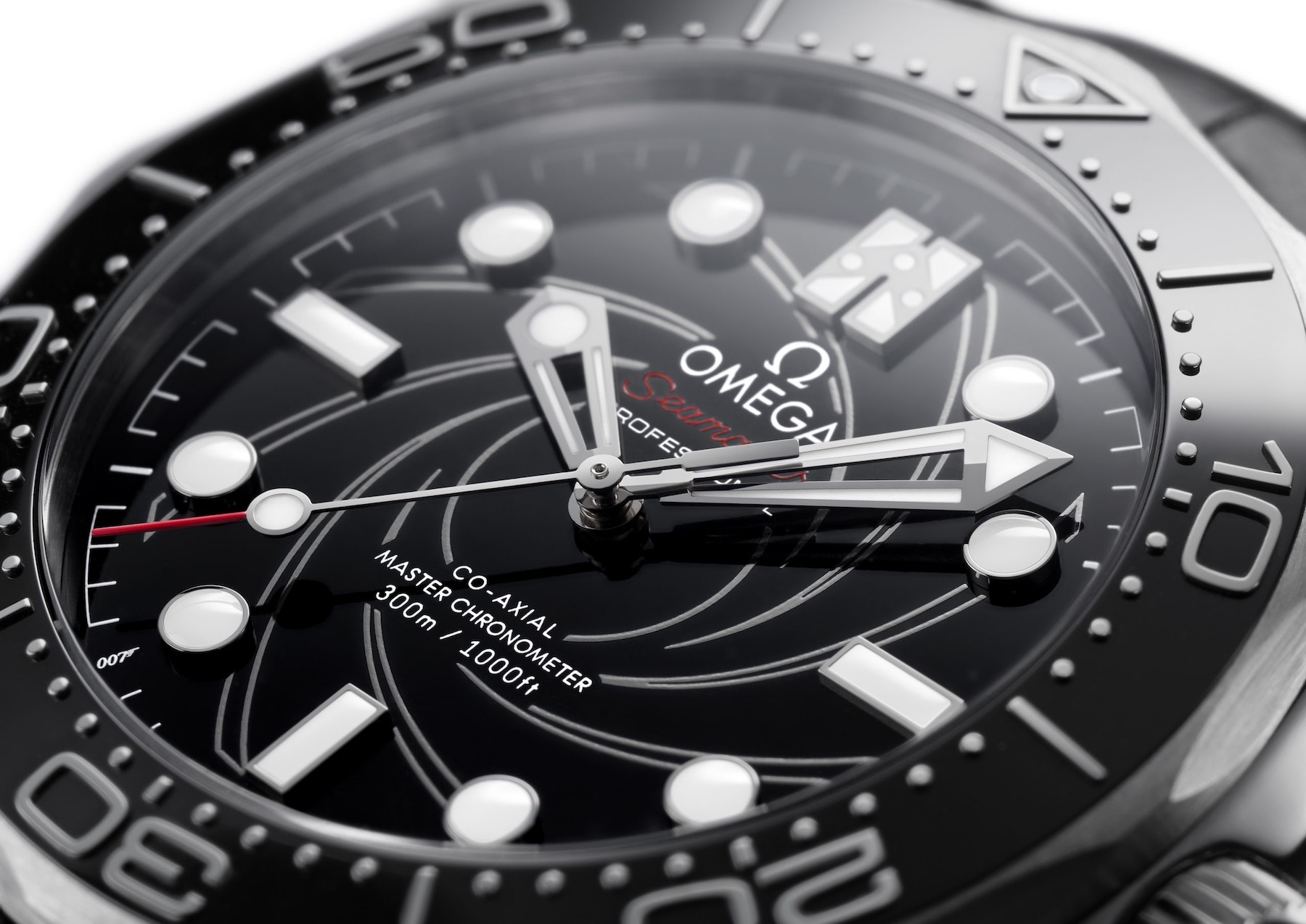 The new Omega Seamaster Diver 300M James Bond Numbered Edition is 42mm in diameter. Ticking away inside this precious powerhouse is caliber 8807. The in-house movement is visible through a sapphire display back decorated with the Bond family crest.

…it would look very much at home on many of the NATO straps available in the official Omega store.

The watch is water-resistant to 300 meters and features the helium valve at 10 o’clock that has been known to cause some serious consternation among Seamaster fans. The watch is delivered on a fitted leather strap but is accompanied by a rubber alternative and packaged in a very special “Globetrotter” suitcase. Given the watch’s stoic colorway, it would look very much at home on many of the NATO straps available in the official Omega store. 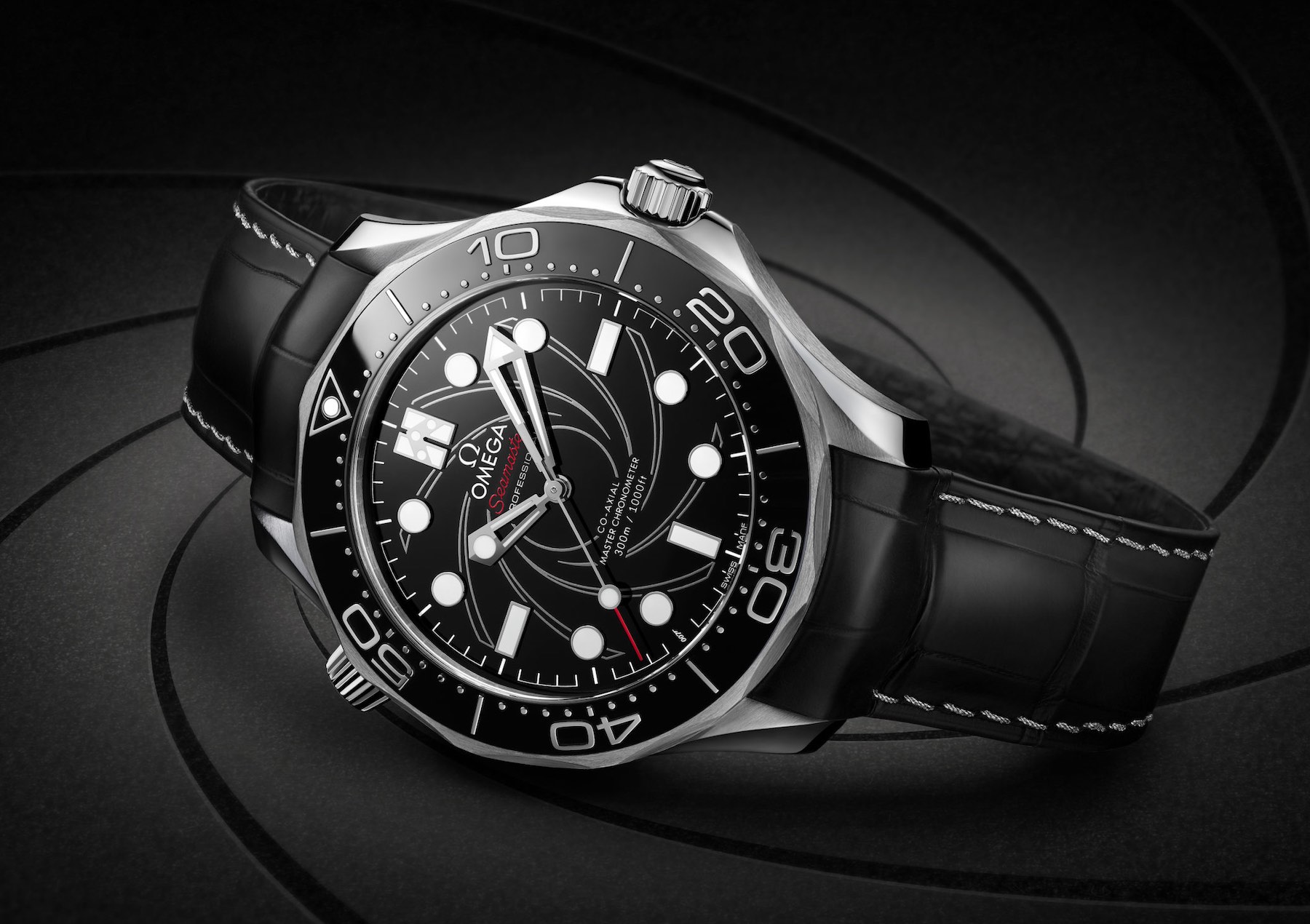 The best of the bunch

Obviously, this piece recalls the design of last year’s James Bond 50th anniversary special that RJ examined next to a fake version of the same watch here. The major difference, aside from the case material getting a significant boost in the luxury stakes, is the cooler colorway. I really didn’t love the way the gold accents looked against the steel case, but I was not against the dial pattern and interesting, coat of arms 12 o’clock marker. That has been retained along with the dial pattern and the number 50 hidden in the Super-LumiNova of the 10 o’clock marker, which is a cool easter egg for eagle-eyed fans.

And, lest we forget, this isn’t the first platinum-gold alloy watch we’ve seen in this micro-family. Last December saw Neiman Marcus offer this icy example as a free gift when purchasing one of seven limited edition Aston Martins. For $700,007. In case you were wondering…

Luckily, this time around, you needn’t buy a car to get your hands on this piece (but you might need to sell one to corral the necessary funds). The price for this beauty according to Omega? CHF 48,000. So you’d better make sure your MI6 expenses account is in good order. Learn more about the brand, its association with the James Bond Franchise, and the watch itself here.