52Mondayz week #21 is not about the watch I’ll be wearing this week. It’s a tribute to the watch my wife is wearing. Not only this week, not only this month, not only this year. However every single day during her work as chef at her own restaurant ‘Limoncello’ during the last 10 years. 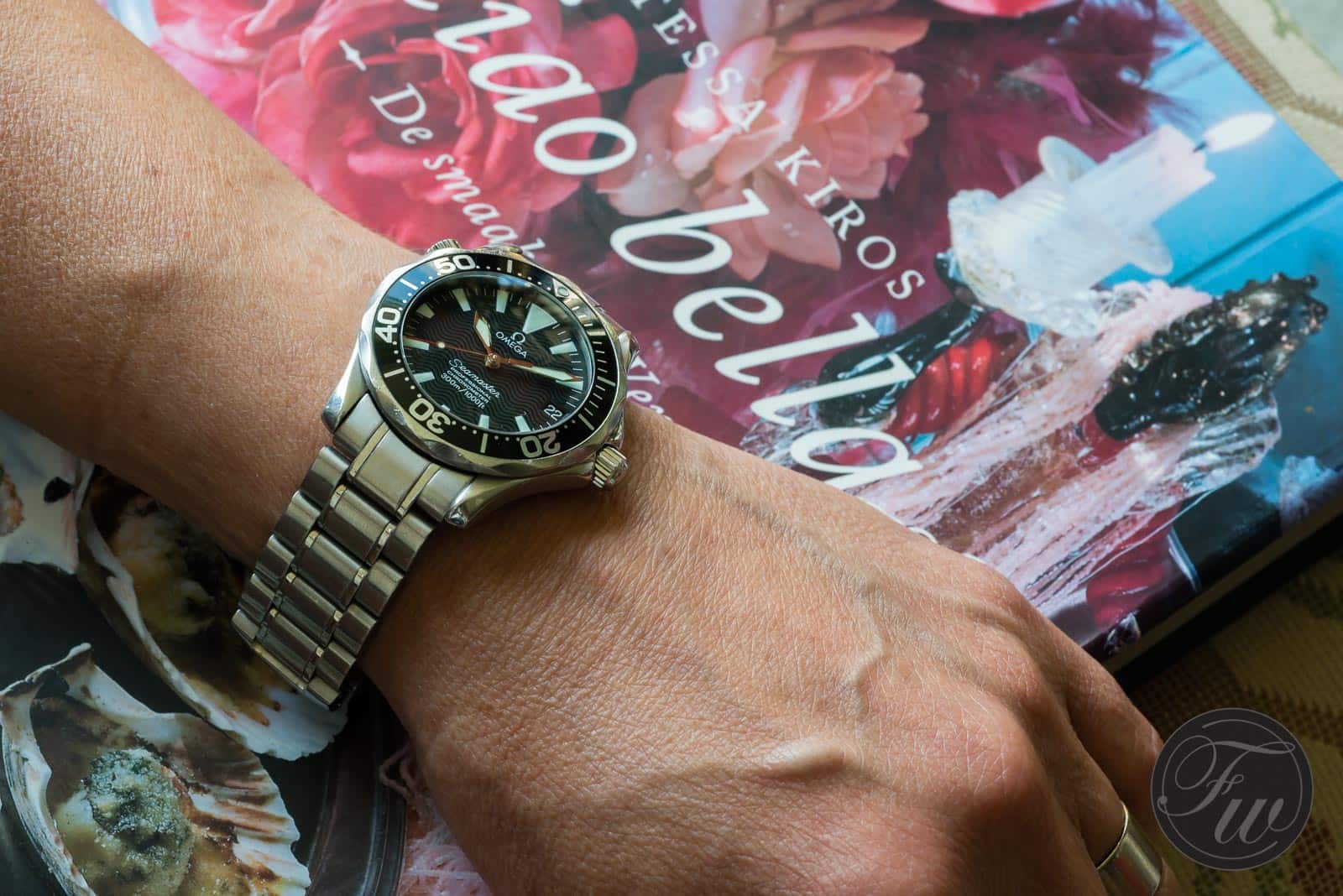 Life for a watch at the wrist of a chef is harsh, extremely harsh. Steam, ice, water, grease, and continuously hitting everything from the oven to the sink, from the espresso machine to the bar. 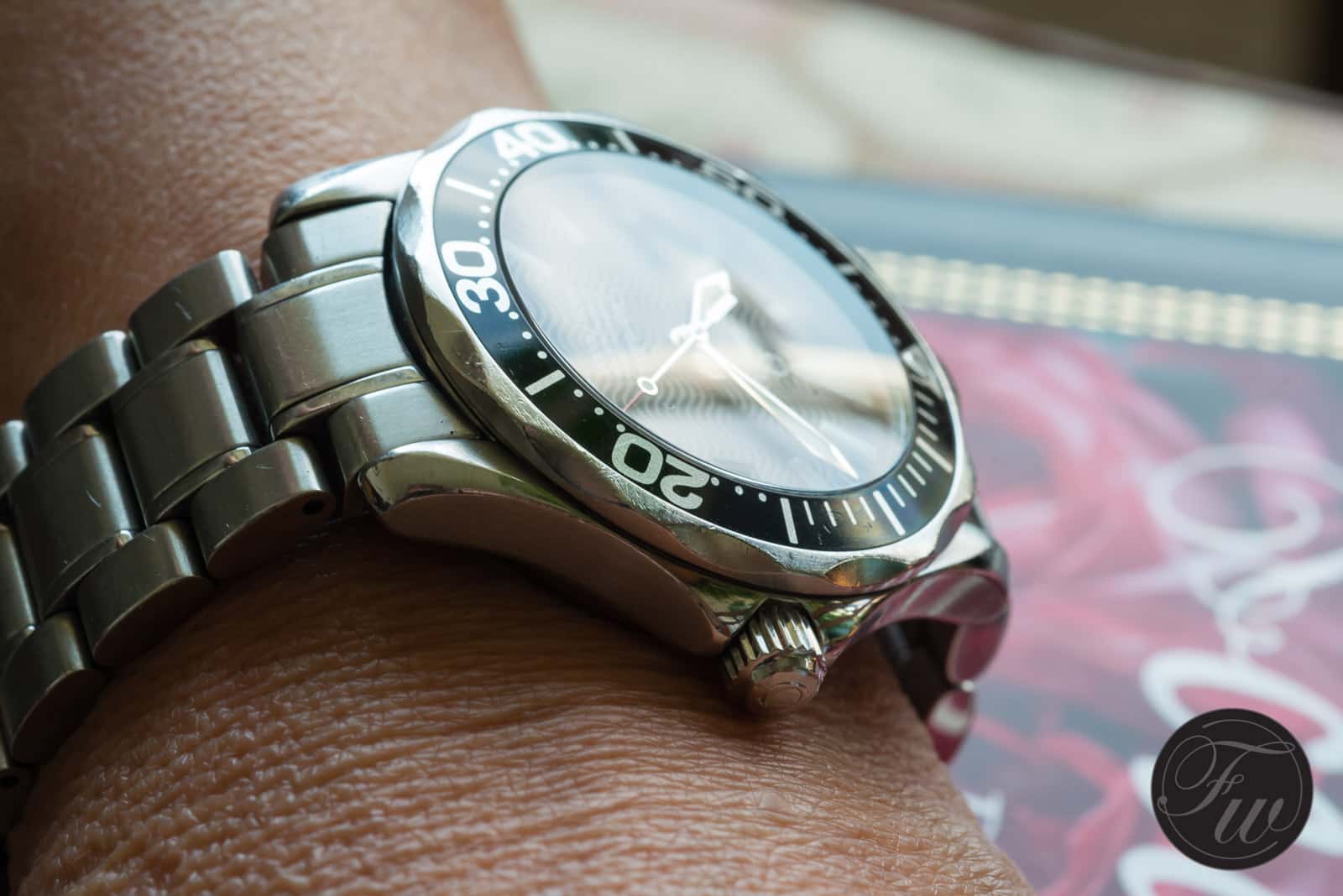 In my professional life as a watch dealer I’ve had many chefs as valued and loyal customers. And I’m very pleased that they were loyal as a lot of watches I sold them didn’t make it in the kitchen for longer than a year. Probably they’re used to it. It’s not only the watches which don’t stand the environment, other machinery and equipment not specially suitable for this kind of job fall through as well. If existed ‘hotel and catering industry-worthy’ would be a very high level of certification. 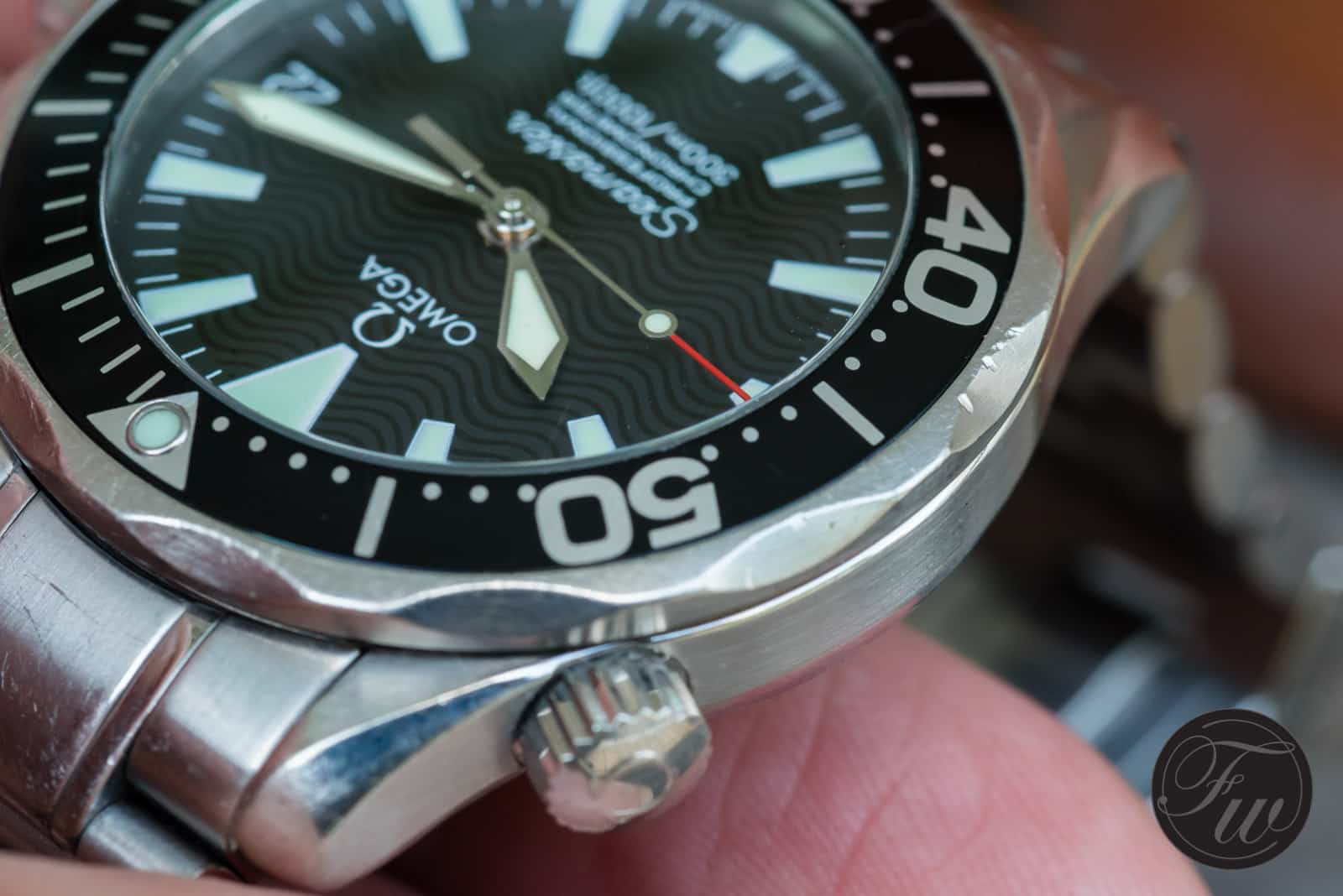 This Omega Seamaster Professional 300 was first bought new on December 7th 2001 at a well known Omega ad in The Netherlands. It bears serial number 80198703, and the MRSP was € 1.580,=. Then my wife bought it pre-owned in 2008, complete with the original inner- and outer box as well as with the belonging booklets and warranty card. Ever since she’s wearing it during work daily. 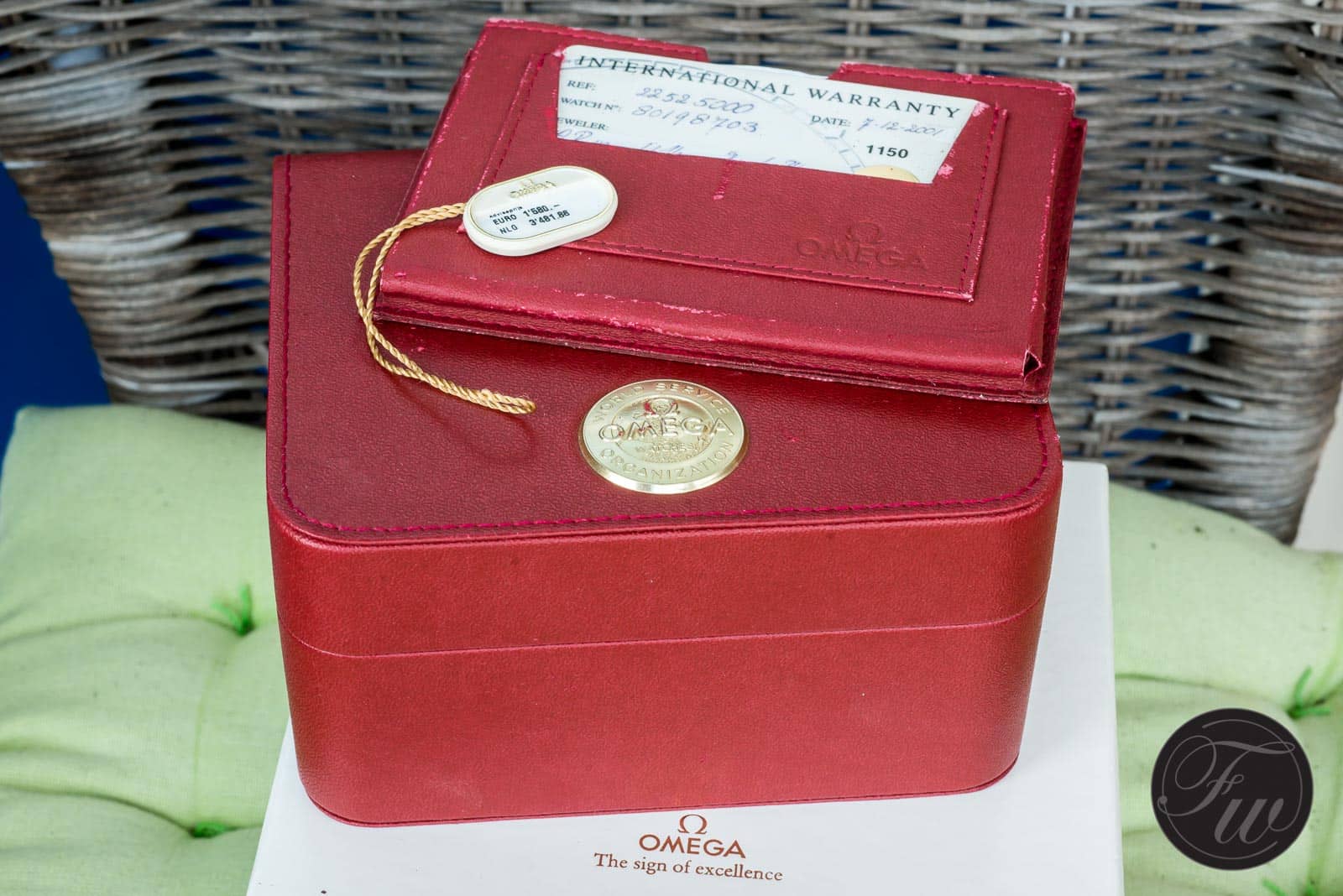 And that can be seen of course. The watch had been serviced just before she bought it, and although she had the watch serviced once as well she opted not to touch the watch externally/cosmetically. Only the bracelet’s folding clasp was replaced during service, as it didn’t close properly any more. It’s about time for the second service now I guess. It’s been five years again, and the watch starts to run somewhat slow. Not even enough to annoy her though 🙂 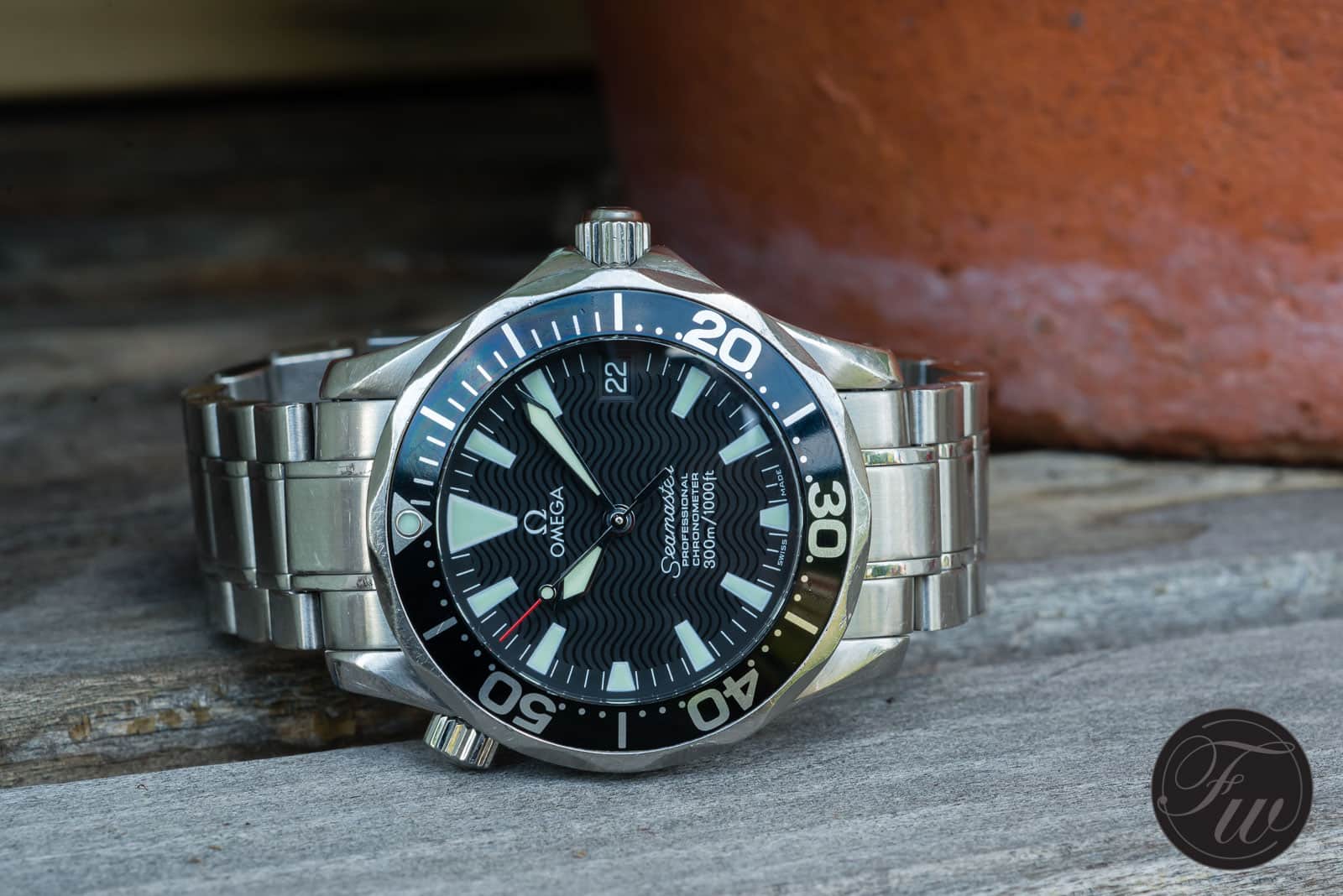 Cosmetically into a ‘status quo’

A watch which gets so much abuse seems to get cosmetically into a certain ‘status quo’. At a certain level the scratches, nicks, dents and blemishes don’t seem to get worse. They just change places, or they seem to fill each other up. 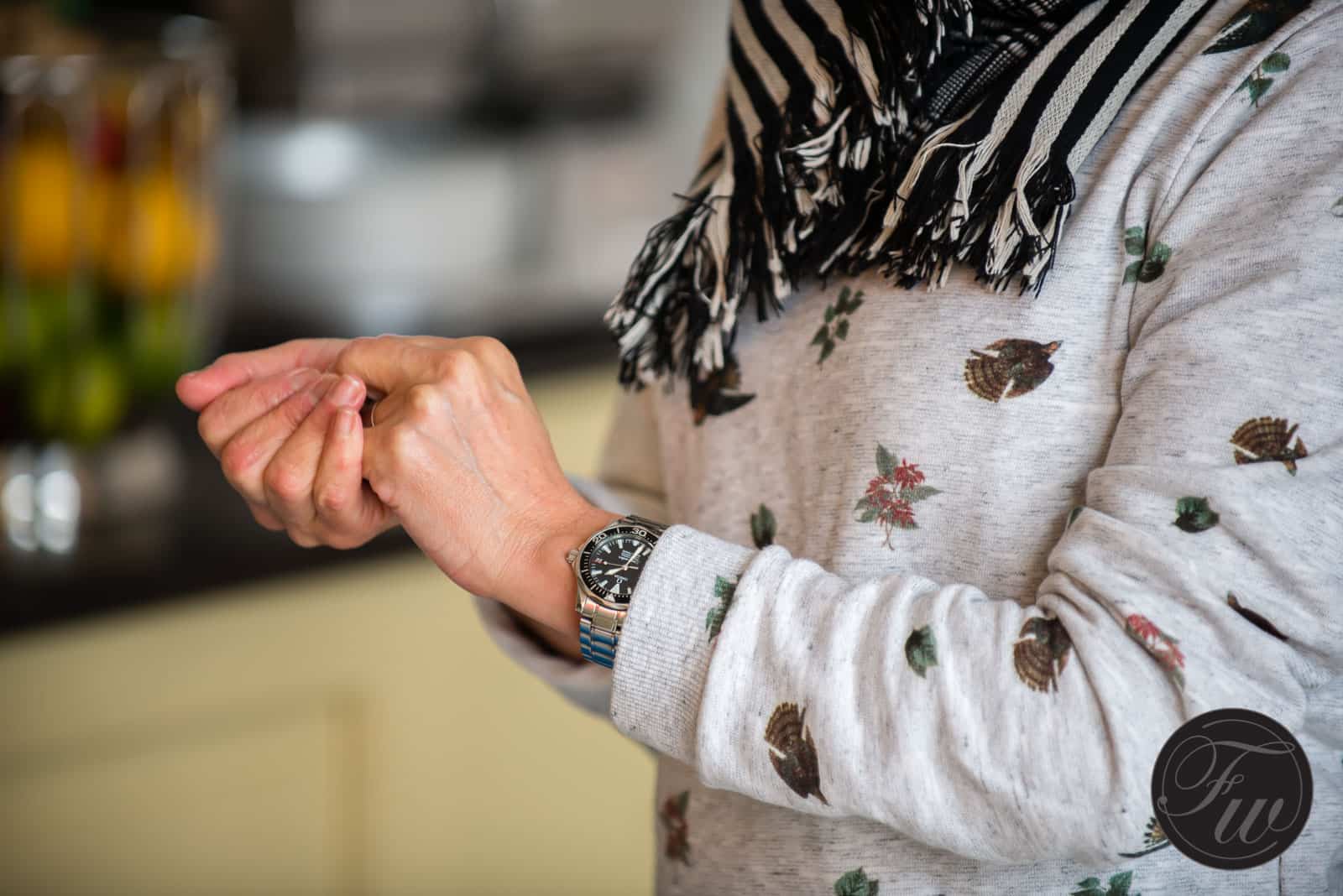 It really amazes me that a lot of the original finish on the casing and bracelet can still be seen. All in all the watch is still very good looking, and at first sight there’s nothing which indicates that this watch has such a tough life. Only on close examination, or when taking close-up pictures, one will mention the battle scars. Specifically the almost undamaged black anodised aluminium inlay of the divers bezel is noteworthy. 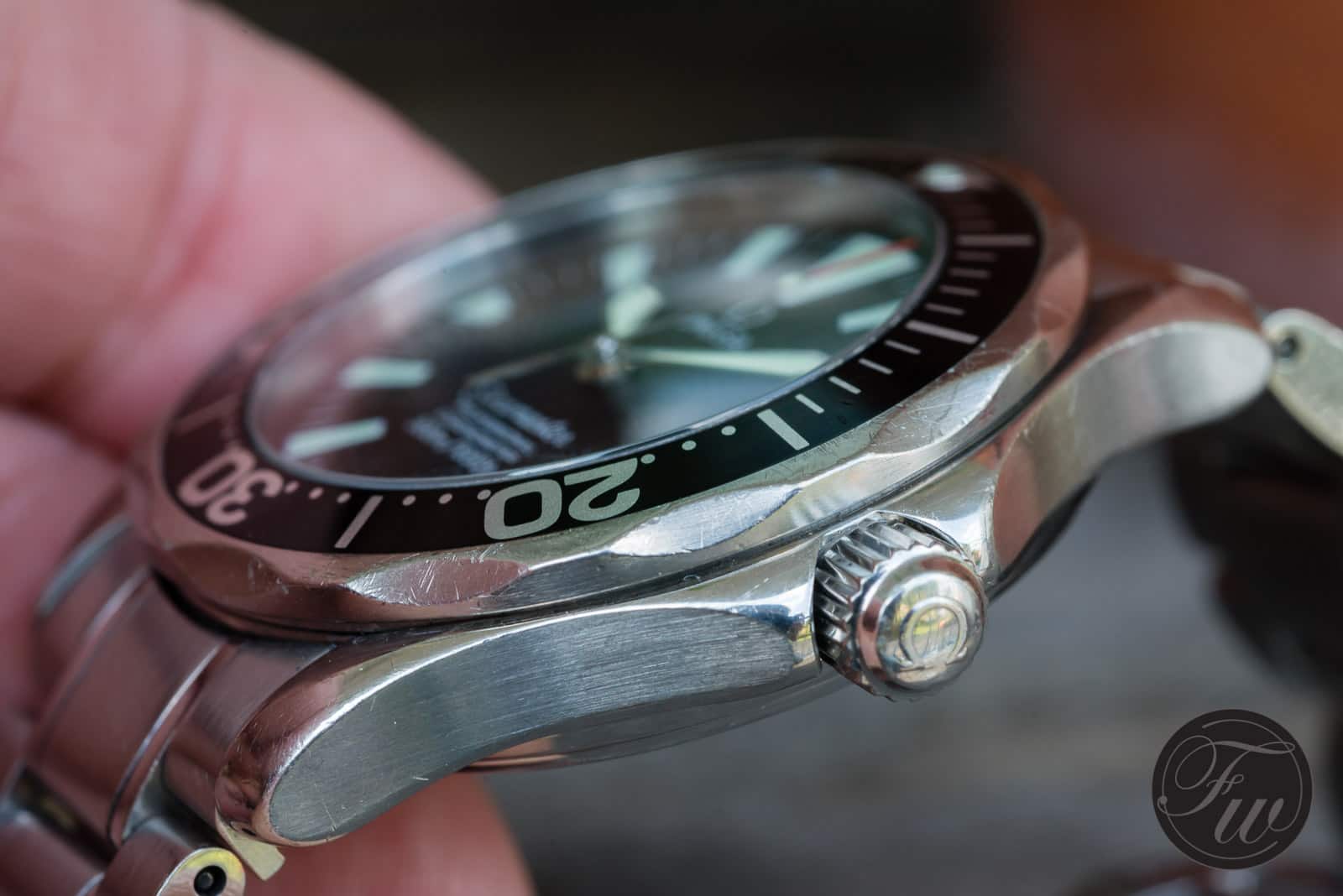 History of this model

A bit of history. The Omega Seamaster Professional 300 described in this weeks 52Mondayz is derived from the first and original Bond-Seamaster. It’s first appearance was in 1995, in James Bond’s Golden Eye. Nice to know that this model, reference 2541.80.00, was a quartz watch. Two years later, in Tomorrow Never Dies, James Bond wore the first automatic chronometer version of this watch, the reference 2531.80.00. 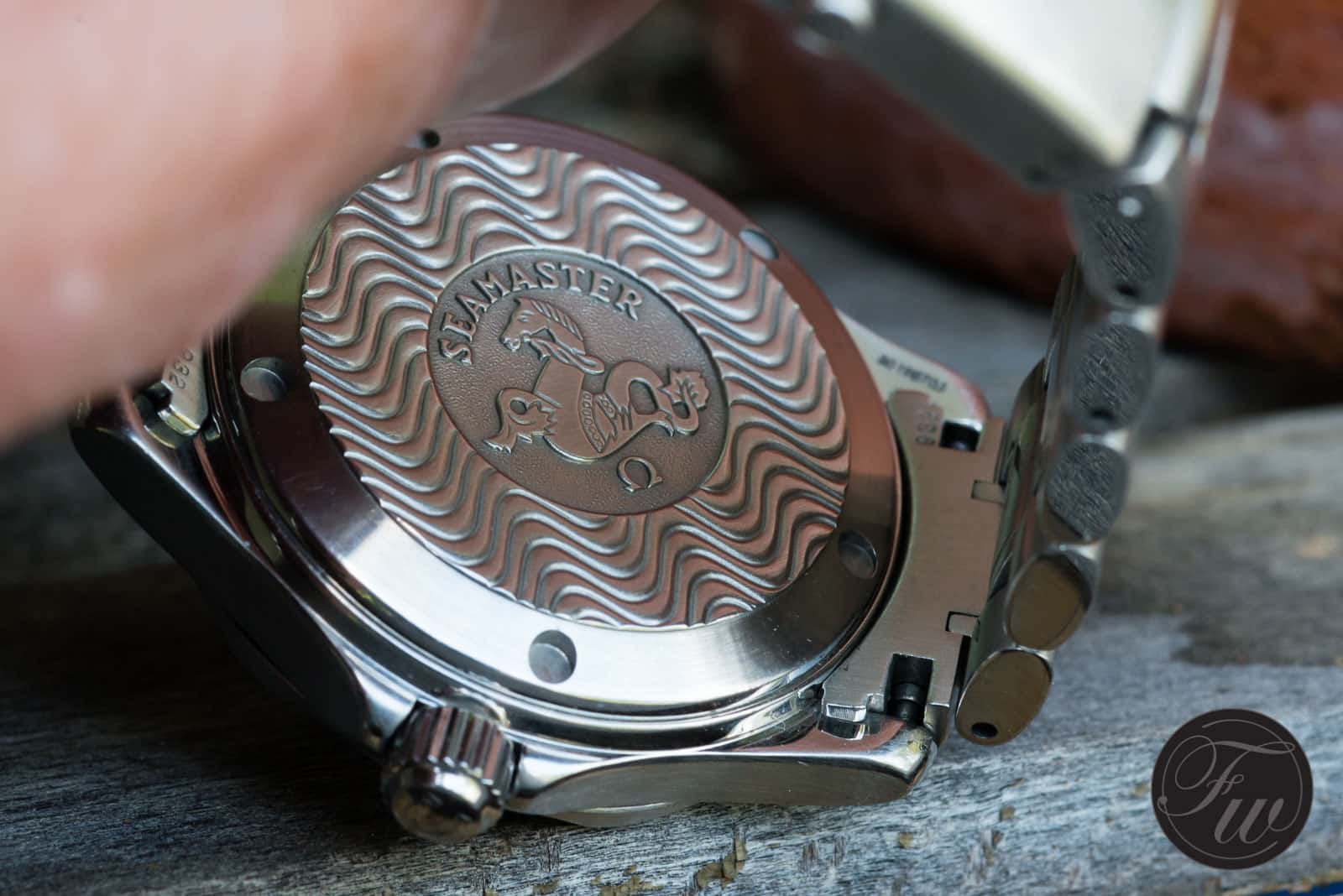 The black dialed model of this watch became the 41 mm mens-size, reference 2254.50.00. Except for a different colour, the dial got different indexes as well, and accordingly the hands different shapes. From this full size model the Seamaster Professional 300 Chronometer 36 mm mid-size (or boy-size) model which I’m writing about in this article was derived. 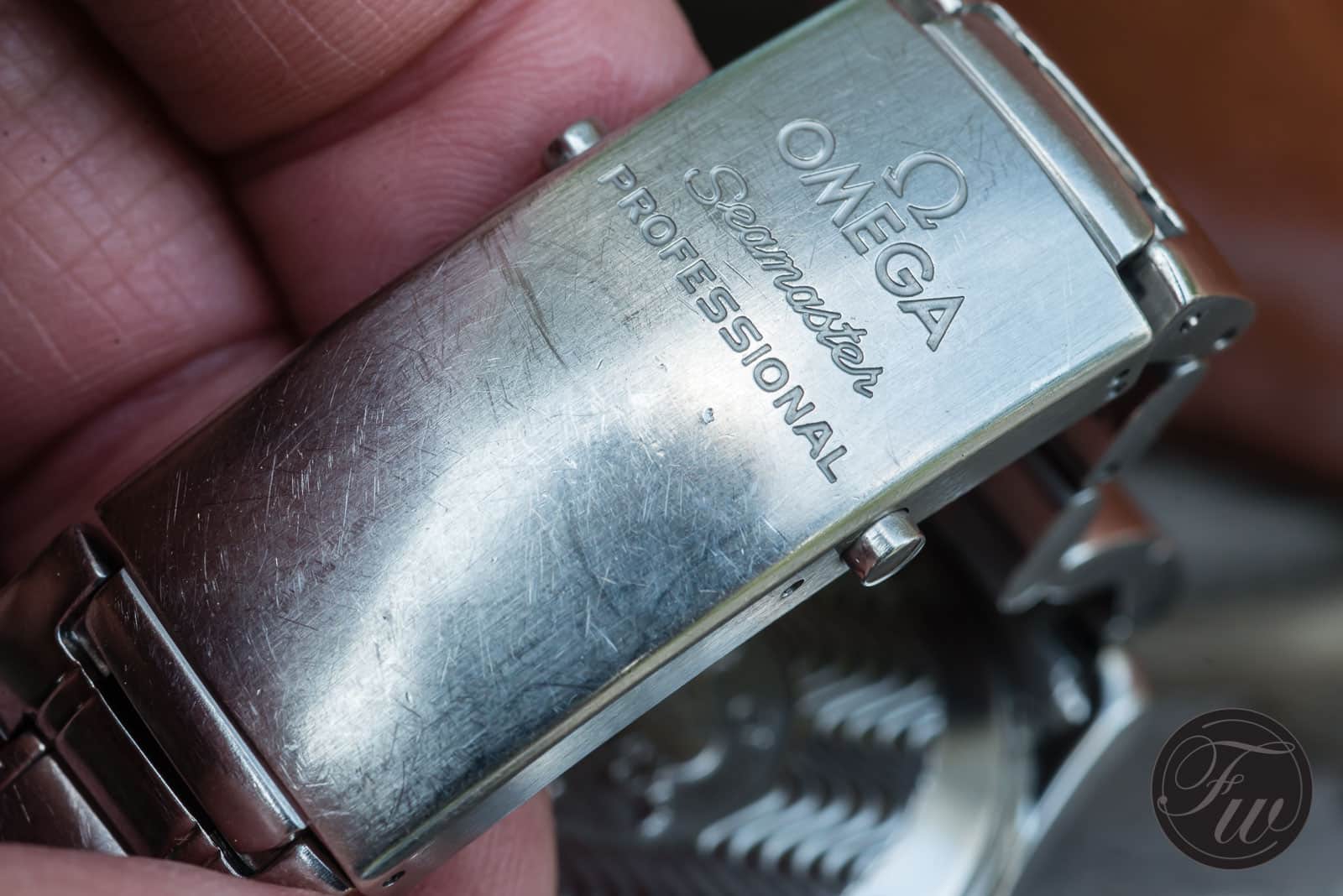 Interestingly both models, the full-size and mid-size, sport the same automatic chronometer movement. Omega’s caliber 1120, with a frequency of 28.800/h and 44 hours power reserve.