We reviewed the 41.5mm Omega Speedmaster ’57 in great extent in this article (in case you’ve missed it) and frankly the specifications did not change much. The biggest optical change is in the hands and in the use of this faux patina or – as Omega calls it – Vintage Super Luminova. A while ago, we compared the original CK2915 with the Speedmaster ’57 re-edition of the late 1990s and the Speedmaster ’57 Caliber 9300. One of our comments was about the hands of the latter one. It had leaf (or Alpha) hands instead of the classic Broad Arrow hands. Omega took our comment serious enough to make a change (at least that’s what we hope to think). This new Speedmaster ’57 Caliber 9300 Broad Arrow has indeed the original style hands.

Let’s start with a quick glance at the original Omega Speedmaster CK2915 from 1957 (till 1959). To most Omega Speedmaster collectors and Speedy Tuesday fans, the Holy Grail. A beautiful symmetrical  straight-lug case, steel tachymeter bezel, “broad arrow” hands and of course the caliber 321 column-wheel movement. No crown guards (a requirement from NASA), no black tachymeter bezel, no white baton hands. The CK2915 Speedmaster was among the other Omega ‘professional’ watches they released in 1957, the Seamaster 300 (CK2913) and Railmaster (CK2914). All shared a number of elements, especially the case design and hands. 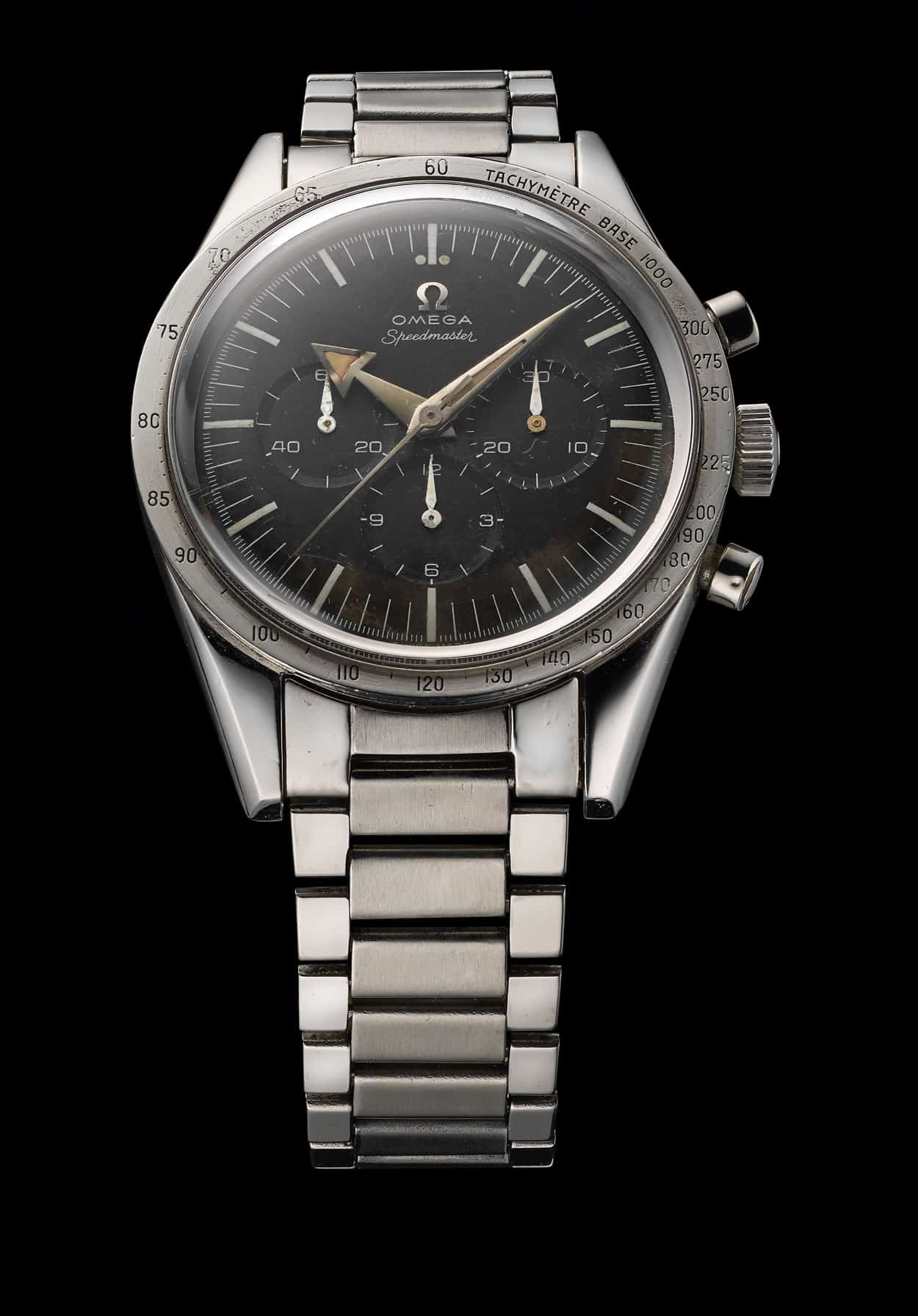 Now, let’s have a look at the new 41.5mm interpretation of that watch, with all modern features such as an in-house developed caliber 9300 movement with silicon hairspring, 60 hours of power reserve, Super Luminova on the hands and dial, a slight bigger case and of course a higher WR level (100 meters).

As you can see below, the watch has a lot in common with the original CK2915. Straight lug case design, broad arrow hands with the faux patina look and of course the steel bezel. Of course, only two registers are used due to the caliber 9300 movement which makes it perhaps a no-go for true die-hard collectors. On the other hand, you might question the fact whether this group of Speedmaster admirers will purchase any type of modern Speedy watch. Even the standard Speedmaster Pro ‘Moonwatch’ is probably to new to their taste. 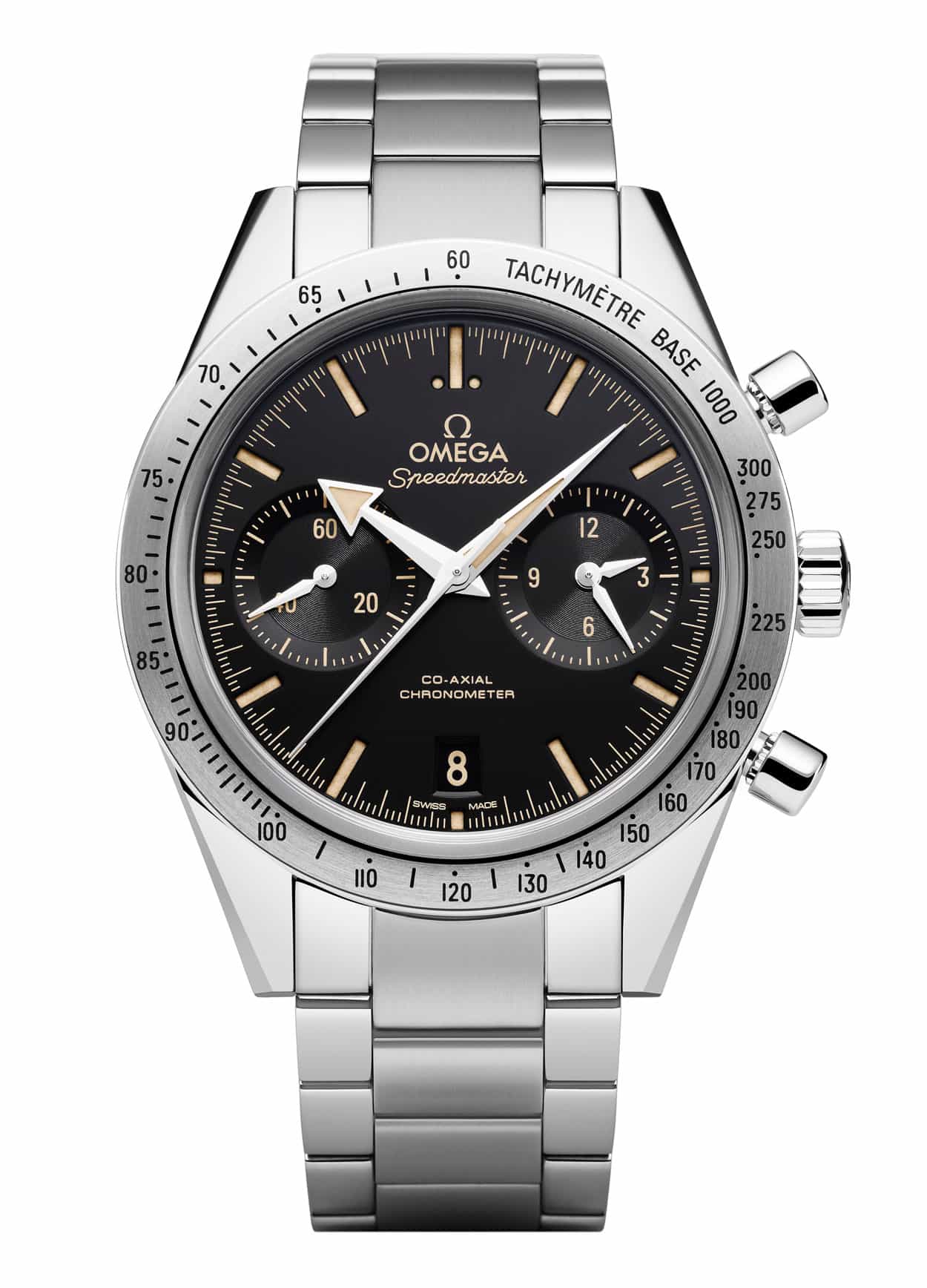 The Speedmaster ’57 Caliber 9300 Broad Arrow has reference number 331.10.42.51.01.002 and comes on a bracelet and with a brown leather strap (20mm between the lugs, 18mm at the clasp). The caliber 9300 movement has the ‘luxury finish’ which means it has a rhodium-plated rotor and Geneva waves in arabesque. Due to the use of the Si14 balance spring and Co-Axial escapement, Omega gives a 4 year warranty instead of the more common two-year warranty. Not sure if this will people draw over the line, but it is something worth mentioning to those who want a great every day watch (and perhaps as an ‘only one’ watch).

We will keep you posted on the Speedmaster ’57 Caliber 9300 Broad Arrow and show you some live photos as soon as possible.

Pricing not known, but we assume it will be in the same range as the current Speedmaster ’57 Caliber 9300, which is € 7300 Euro (including VAT). 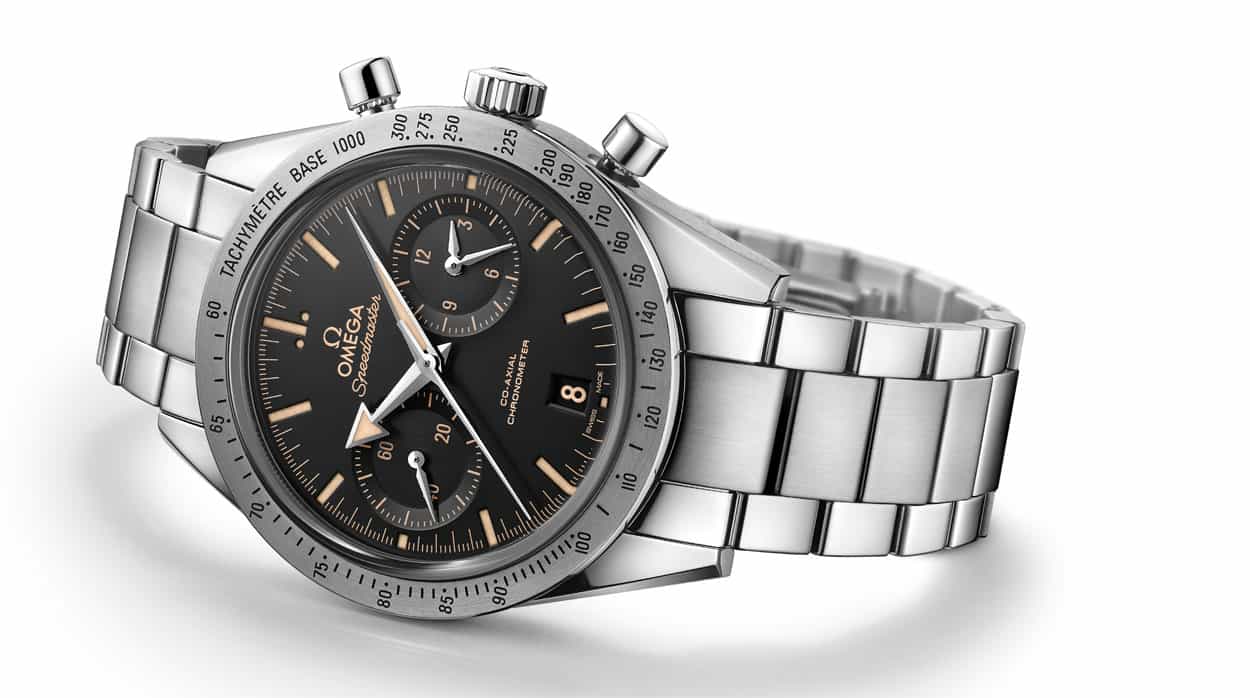 Hot Topics
Introducing: The New Seamaster Professional 300M 60 Years Of Bond — With A Special Animated Case Back
105 comments
Are You Still After An Omega × Swatch MoonSwatch?
95 comments
It’s Time To Invest In A Dress Watch — Our Picks From Breguet, Omega, Grand Seiko, And More
73 comments
The Rolex Waitlist Conundrum — How Much Will The Price Of Your Watch Increase While You Wait?
50 comments
The Best Omega Speedmaster Watches Of 2022
40 comments
Popular
Grand Seiko SBGA211 ‘Snowflake’ And Why I Didn’t Buy It
Robert-Jan Broer
22
Omega Speedmaster Hodinkee 10th Anniversary Limited Edition
Robert-Jan Broer
7
New Hamilton Intra-Matic Auto Chrono – An Introduction (with live pictures)
Balazs Ferenczi
12