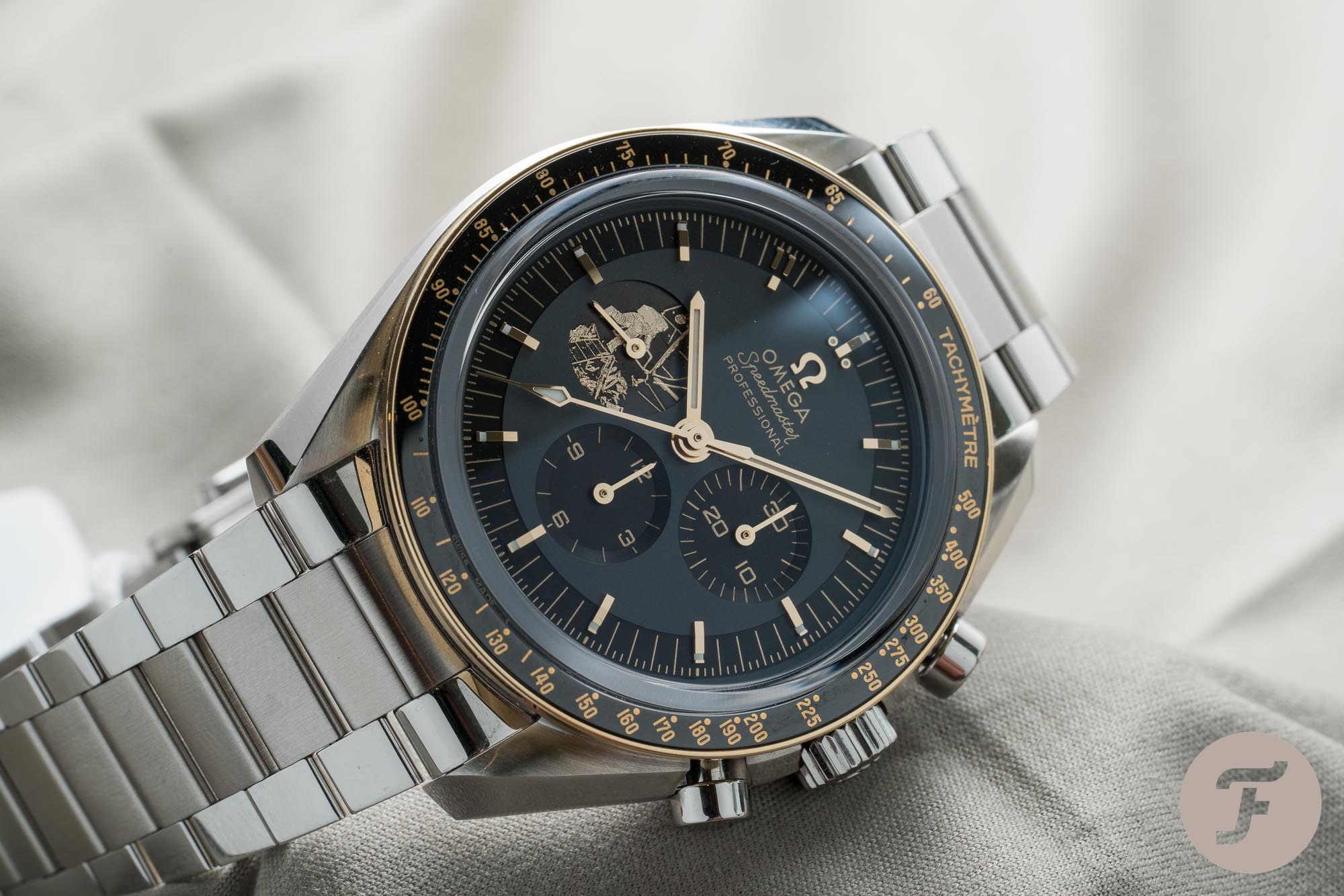 The biggest splash of Omega’s moon landing 50th-anniversary releases had to be the gold Apollo XI 50th Anniversary Speedmaster. However, one that aimed for the greater public came right after that. The steel Speedmaster Apollo XI 50th Anniversary that came in 6,969 pieces.  Far from being rare, but this probably was not the goal either. On the contrary, Omega wanted to share this celebration with as many fans as they possibly could.

A 42mm steel case, with a sapphire crystal and ceramic bezel mixed with Moonshine gold. The same material Omega used to create the applied Omega logo for the dial. Now let’s look at the movement; caliber 3861 with 15,000 Gauss antimagnetic properties, master chronometer certification, and Co-Axial escapement. Or the vintage style, flat-link bracelet. The devil is in the detail when it comes to the Omega Speedmaster Professional Apollo XI 50th Anniversary special edition. 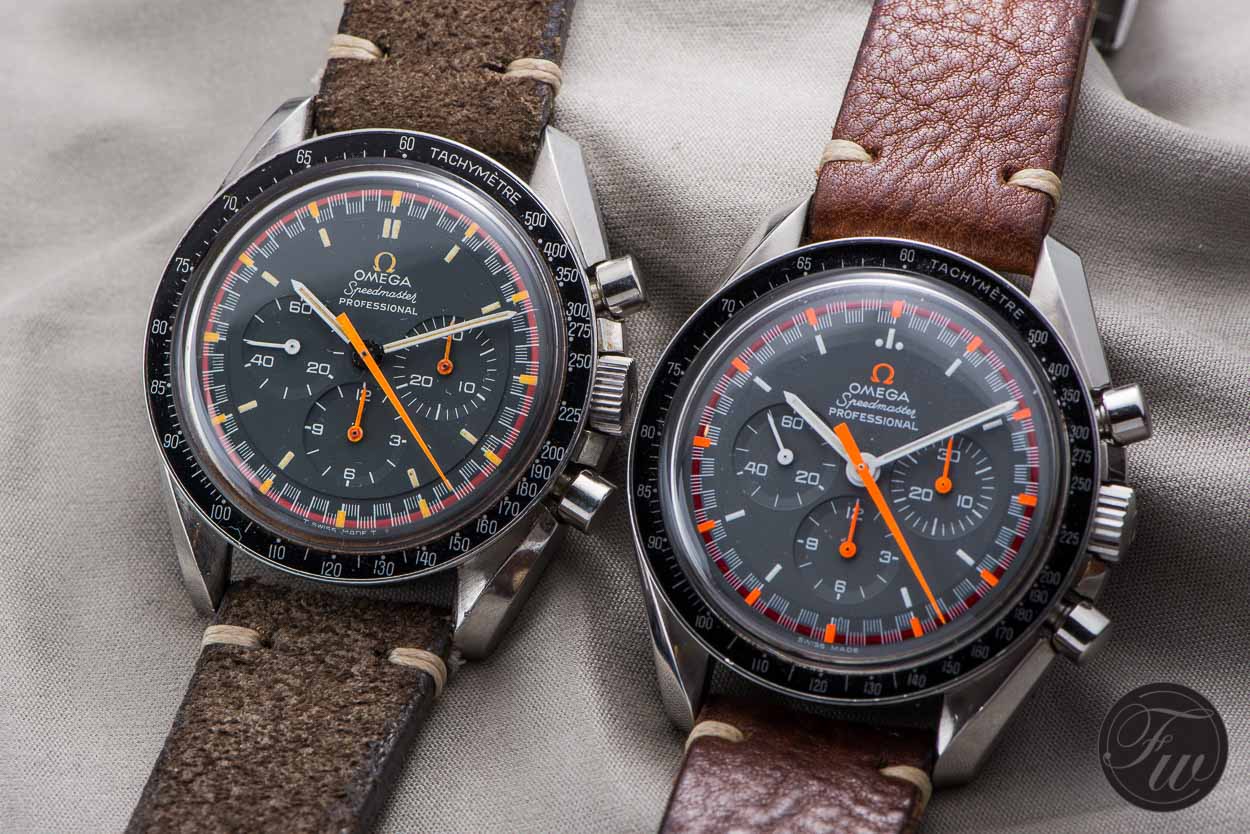 A watch that looks as modern as it gets roots in the golden era of vintage Speedmasters yet; the 1960s. This Omega Speedmaster Professional Racing (ref. 3570.40) came out in 2004 as a special edition for the Japanese market, hence the moniker. Omega released the watch in 2004 pieces.

While for many of us, this dial layout might look familiar from the Mark II Racing models, this design dates a few years back. Omega had three executions back in the mid- to-late-’60s with similar “racing” dials. Two of those had black dials with either red or orange and white markers with applied or painted white logos. The last run under the reference 145.022 had a grey dial, orange/white separated hour markers, and an orange Ω logo. This previous iteration was the muse of the 2004 Japan Racing edition. 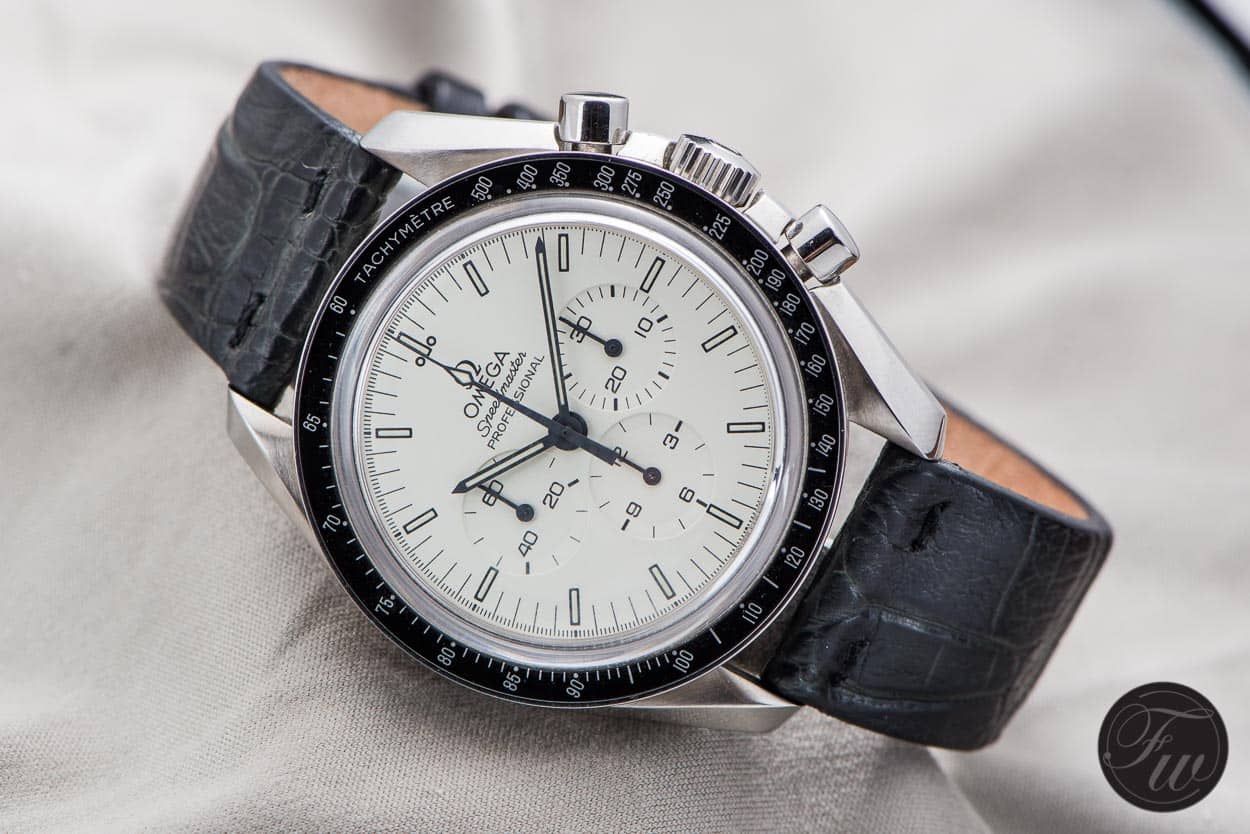 Another Speedmaster, another limited edition. This time in a much lower number, only 500 pieces. This Omega Speedmaster Professional with the intriguing off-white dial is the Albino or Bianco Italiano (White Italian). It was an Italian market only release in 1997 to commemorate the 50th anniversary of the Speedmaster, which had been released in 1957 with reference 2915. This could be a low-key contender for the Speedmaster World Cup…

The watch is not only breathtakingly beautiful but a very exceptional piece too. Why? Because it was the first Omega Speedmaster “sapphire sandwich” where both the crystal and the display case back is made of sapphire. The Speedy Albino was also one of the first watches to house Omega’s then-new 1863 caliber and have Super-LumiNova on the dial and hands. A more sophisticated version of the 1861, the 1863, had a luxury finish with Cotes de Genéve decoration on the bridges. A truly unique watch. 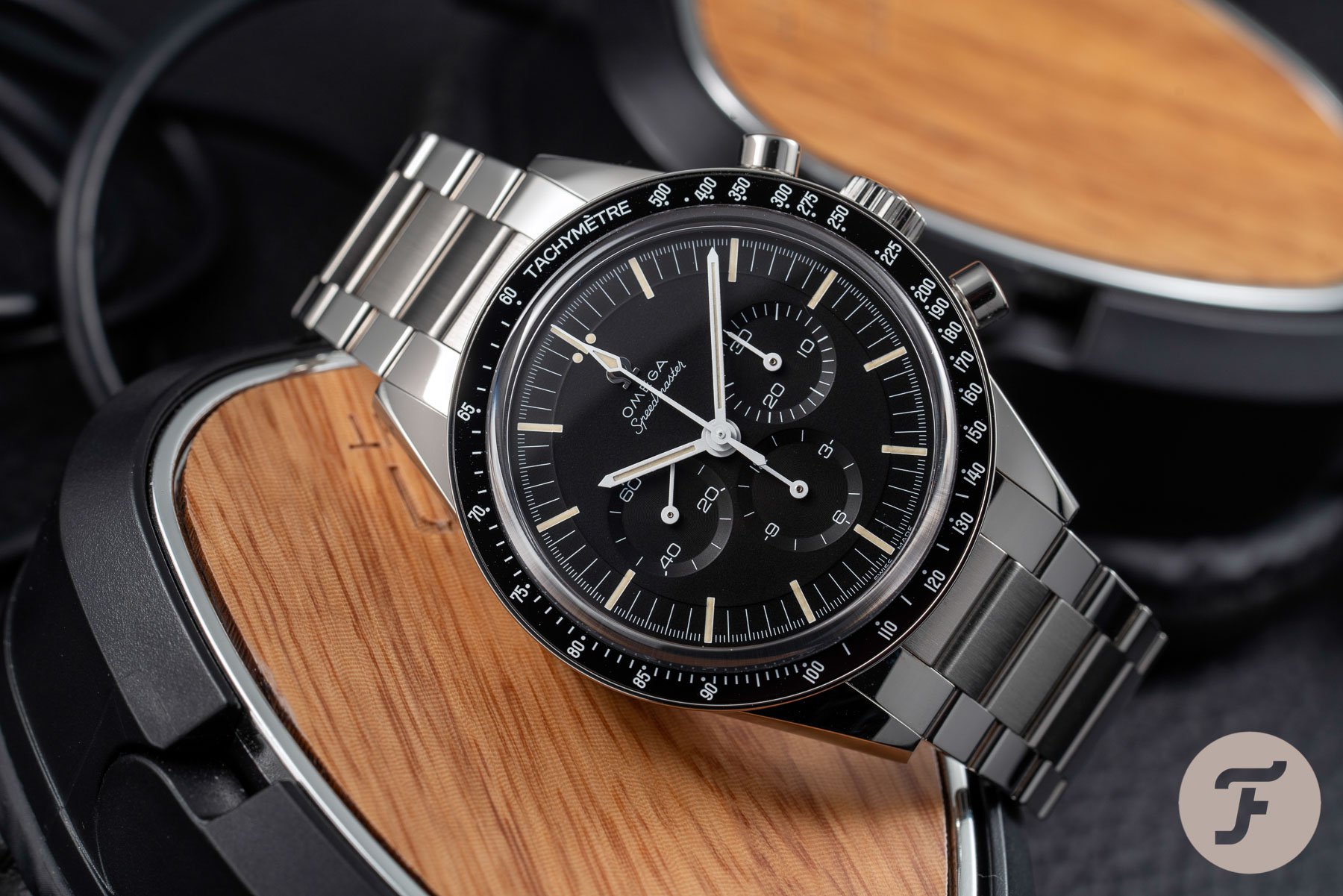 Where should I even begin? We are going to talk about the all-new, stainless steel Omega Speedmaster Ed White with the reintroduced caliber 321. This watch is the very first model the brand came out within a steel case. Also, only the second one after the Platinum Speedmaster 321 that came out in 2019. With this Ed White Omega went back in time to create (and not recreate) the 21st-century successor of an iconic watch. The model for the new 321 caliber was the actual watch – and its movement – last worn on the Moon in 1972 by Apollo XVII commander Gene Cernan.

This timepiece was inspired by ref. 1005.003. That was the timepiece of Gemini 4 and Apollo 1 astronaut Ed White the first American to walk in space. With such ingredients, the new “Ed White” is destined to go on a deep run in the Speedmaster World Cup!

Make sure to vote in the other groups as well, click here.