We have partnered with Catawiki to bring you a selection of interesting watches they’ve auctioned. Different from the other auctioneers in the market, Catawiki started originally in 2008 as a website where collectors could manage and keep track of their collections (comics for example). Then, because of growing popularity of the website, Catawiki started to host weekly auctions for collectible objects, including comics, art, antiques, classic cars, books and… watches.

As we introduced you to our Catawiki Favorites (Editor’s Choice) a  few weeks ago already, this time we show you three different watches of our choice. A tough one, as we could choose from a nice variety of watches (and brands). However, this week we picked a Rolex, Breitling and Universal Genève.

Last time we had a “Big Eye” chronograph from Yema to show you, this week we have another Big Eye, but from a famous pilot’s watch brand from Grenchen. It is the Breitling Navitimer ref. 806 “Big Eye” chronograph. Then, we talk about a Rolex Daytona 116520. Nothing special, you’d say, other than a very nice watch, but this particular watch has a ‘prototype’ dial. Last but not least, we show you a Universal Genève 884.485 that not only shares the same movement with the Speedmaster, but the case should look also familiar to you.

Without further ado, here are our three picks: 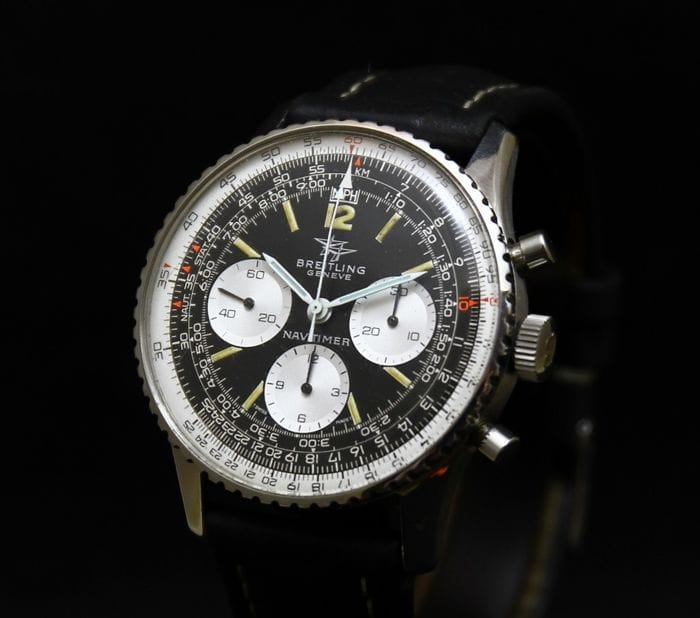 A while ago, we did an in-depth article on the Breitling Navitimer 806 (click here to read it). The one that Catawiki auctioned fetched €4000 Euro excluding 9% premium and concerns the so-called “Big Eye” chronograph. This Navitimer has the Venus caliber 178 movement and its nick name refers to the reverse panda dial with large sub dials. As you can see, it has the twin plane logo on the dial as well. More information on the Navitimer 806 can also be found in our expert interview on Breitling, that we did here.

The Navitimer 806 “Big Eye” on Catawiki looks nice and the price seems fair. The only thing that made us wonder were the hands. They seem like later replacements to us, due to the green-ish luminous material. However, aside from the hands this is a very nice collector’s watch and in our opinion, still undervalued compared to some other chronographs out there.

More about this Breitling Navitimer 806 can be found here. 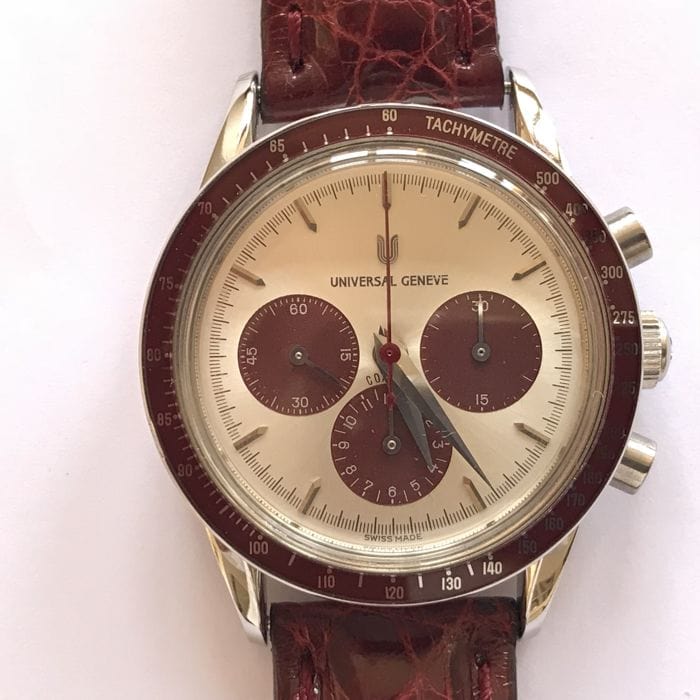 One of our contributors (Gerard) used to have a watch shop in The Hague from the 1990’s until a few years ago. In the early years, he was agent of Universal Genève. Later on, when he had put his focus on pre-owned watches, he also had this Universal Genève Compax in his shop. Although the one we have here from Catawiki has this burgundy color for its bezel and sub dials, his had a white dial with black sub dials. Remembering this watch quite vividly, as it had the same case shape as a Speedmaster Professional, just a tad bit smaller. Also, the movement inside was identical to the Omega caliber 1861. The Lémania 1873 was the base caliber for that movement, and it was also used for this Universal Genève Compax 884.485.

The burgundy color makes this watch very interesting, as well as the fact that it is in great condition and comes with its original leather strap and UG signed buckle. This watch was sold for €2649 Euro.

More information about this Universal Genève Compax Chronograph can be found here. 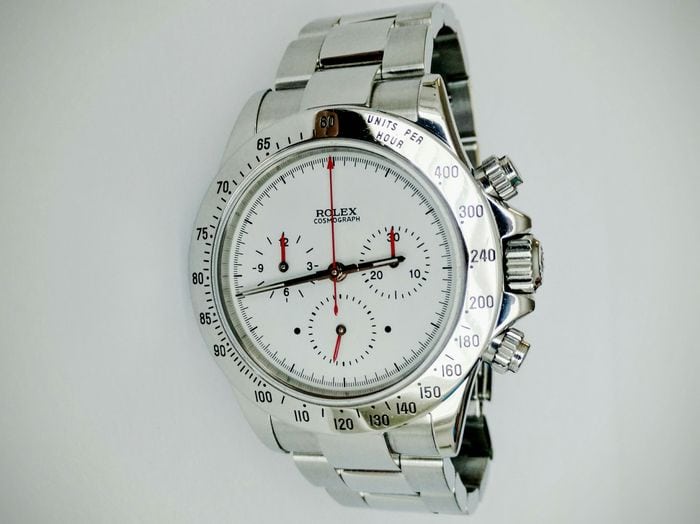 Although Catawiki offered it as a Rolex Daytona reference 116520 with a ‘prototype’ dial, it is actually not. It also has not been sold this way by Rolex, of course. So what is it then? It is to be believed that this is a ‘test dial’. A dial used in watches that needed to be tested, most probably as a dial for movements that were sent out for the COSC test procedures. When the COSC tests and certifies a movement as ‘chronometer’, it needs a dial of course. So Rolex sends out movement batches with these test dials.

This watch fetched an impressive €24.000,- at the Catawiki auction. We do believe that the description could have been a bit more accurate, but still this seems a fair market price for a Rolex with a dial that was never sold this way, of course.

Strange thing is, that the watch comes with the box and paper work all together, while it was never sold this way for sure. So it must have been swapped afterwards, but someone who was able to get this specific test dial.

More about this Rolex Daytona 116520 ‘Test Dial’ can be found here.

These three watches were our picks of the last auctioned pieces by Catawiki. The Rolex is the odd one in this series, but we’ve seen it before and the test dial makes us curious who was able to source one of these things or how it got there in general. The Breitling Navitimer 806 is one that is among the greatest chronographs just like the Daytona, Speedmaster, Carrera and El Primero. If you’re a serious collector you should have at least one of those. The Universal Genève is the watch enthusiast’s darling since a few years, and we understand why. This particular model is one from their later collections (and during one of the later ‘ownerships’ of the company), but still a pretty nice one. The Lémania movement is unbreakable and the design and modest size of 37mm make this is a lovely classic piece.

Set-up a free account with Catawiki today and start browsing and searching yourself. You will easily loose track of time while doing so, don’t tell us we didn’t warn you.

*These bi-weekly series are a partnership with Catawiki. The writing and selection is done by Fratello Watches.

Click the category below for an overview of active auction items.