Panerai is introducing two new Luminor Marina references, in 42mm and 44mm, with a new silver coloured dial and with a stainless steel bracelet.

Today, Officine Panerai breaks the news with two new references for their Luminor Marina collection. The PAM00977 with a modest 42mm diameter case and the PAM00978 with the more ‘traditional’ 44mm diameter case. Both watches have the manufacture’s caliber P. 9010 movement. Where the SIHH show in Geneva last January was all about the Submersible, it seems that Panerai is now slowly adding some new Luminor watches to their collection as well. It is interesting to see that brands are releasing more novelties through-out the year, instead of showing it all at once during one of the two big shows (or three, including the upcoming Time To Move event by Swatch Group). A good thing, as it is now easier to digest for watch enthusiasts (and us watch press). 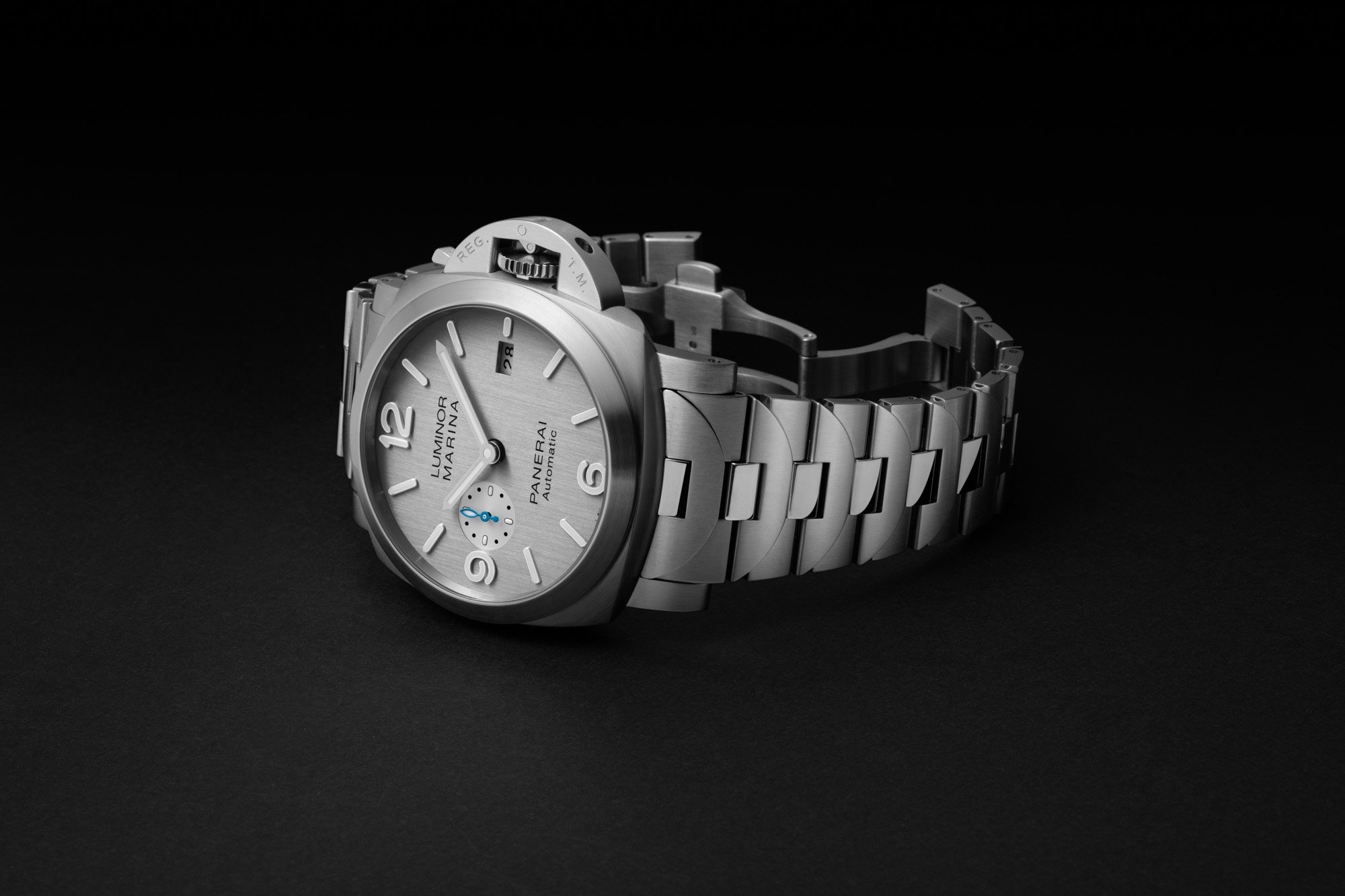 The main difference between these two new Panerai Luminor Marina references, besides the 2mm in diameter, is the level of water resistance. The Panerai PAM00977 has a water resistance of 100 meters (~ 10 bar) and the PAM00978 is rated 300 meters (~ 30 bar). The larger case size helps to withstand higher pressure. The cases are made of AISI 316L steel, an alloy that is particularly resistant to corrosion. Comes in handy given the fact these watches are made for use in water. Both pieces have the stainless steel bracelet (unknown if these are also made of this alloy), with a double folding clasp for a secure lock. 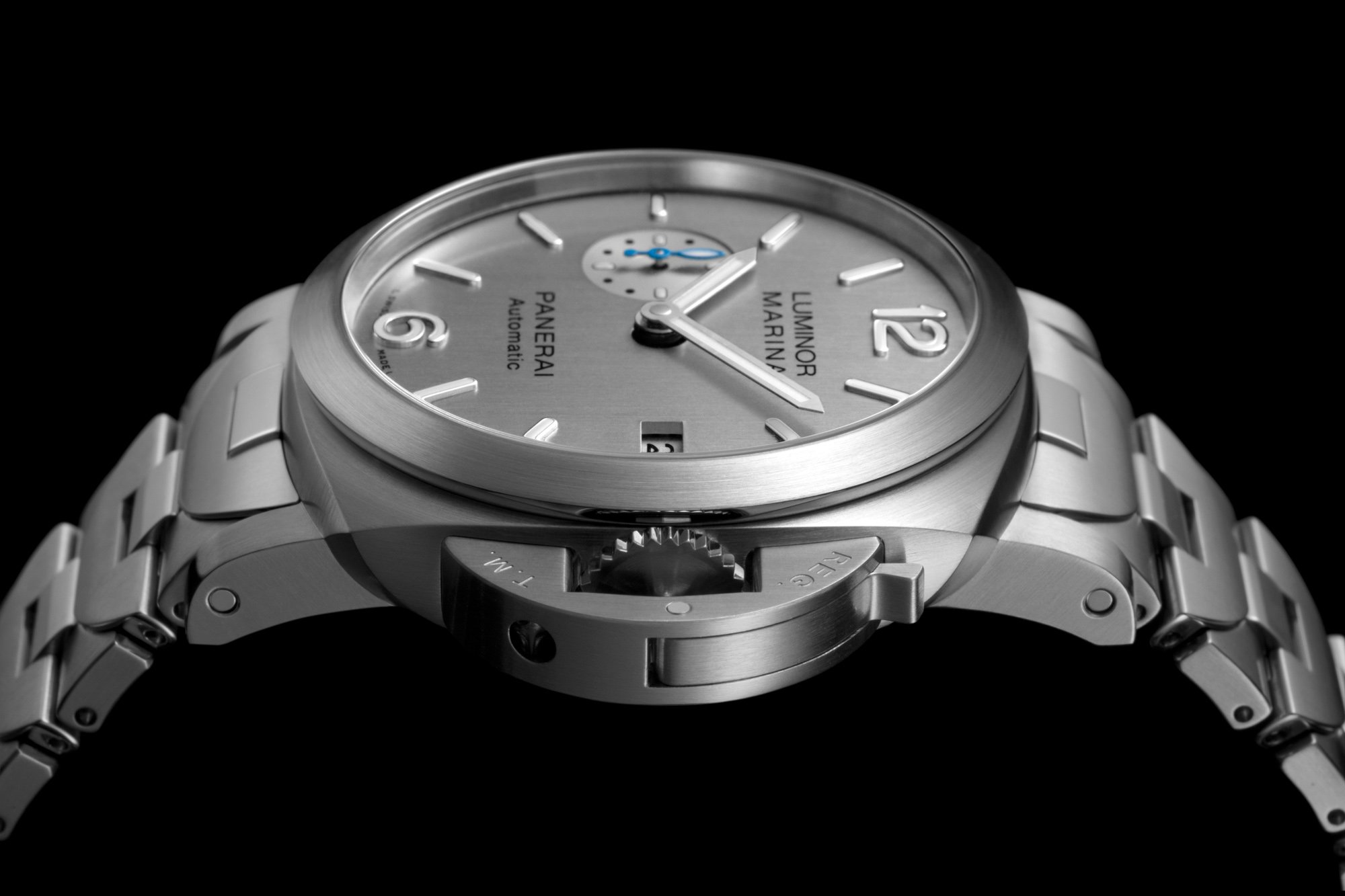 What’s really new is the silver-coloured dial with a brushed finish. It is always tricky to use such a dial colour, as it then comes down to the colour of the hands if there’s enough contrast to read the time. But in this case, Panerai made sure that the hands and applied hour markers have enough contrast with the silver-coloured dial. The small running seconds hand is in blue, of course. On the bracelet, the PAM977 and PAM978 have this metallic look which you probably love or hate. The case and bracelet play nicely with the light, with both polished and brushed surfaces. On the case back you’ll find a pusher for an easy release of the bracelet.

Inside, there’s the self-winding caliber P.9010 that Panerai develops and manufactures in-house in Neuchatel. This movement has a power reserve of 72-hours and the hour hand can be set independently from the minute hand. Pretty useful if you’re a frequent traveller. Via the case back, you can observe and admire the Panerai movement. A double balance bridge ensures better stability, and the movement also has a hacking feature. The caliber P.9010 is nicely finished and worth observing through the sapphire crystal. Winding and setting via the patented crown system, of course. 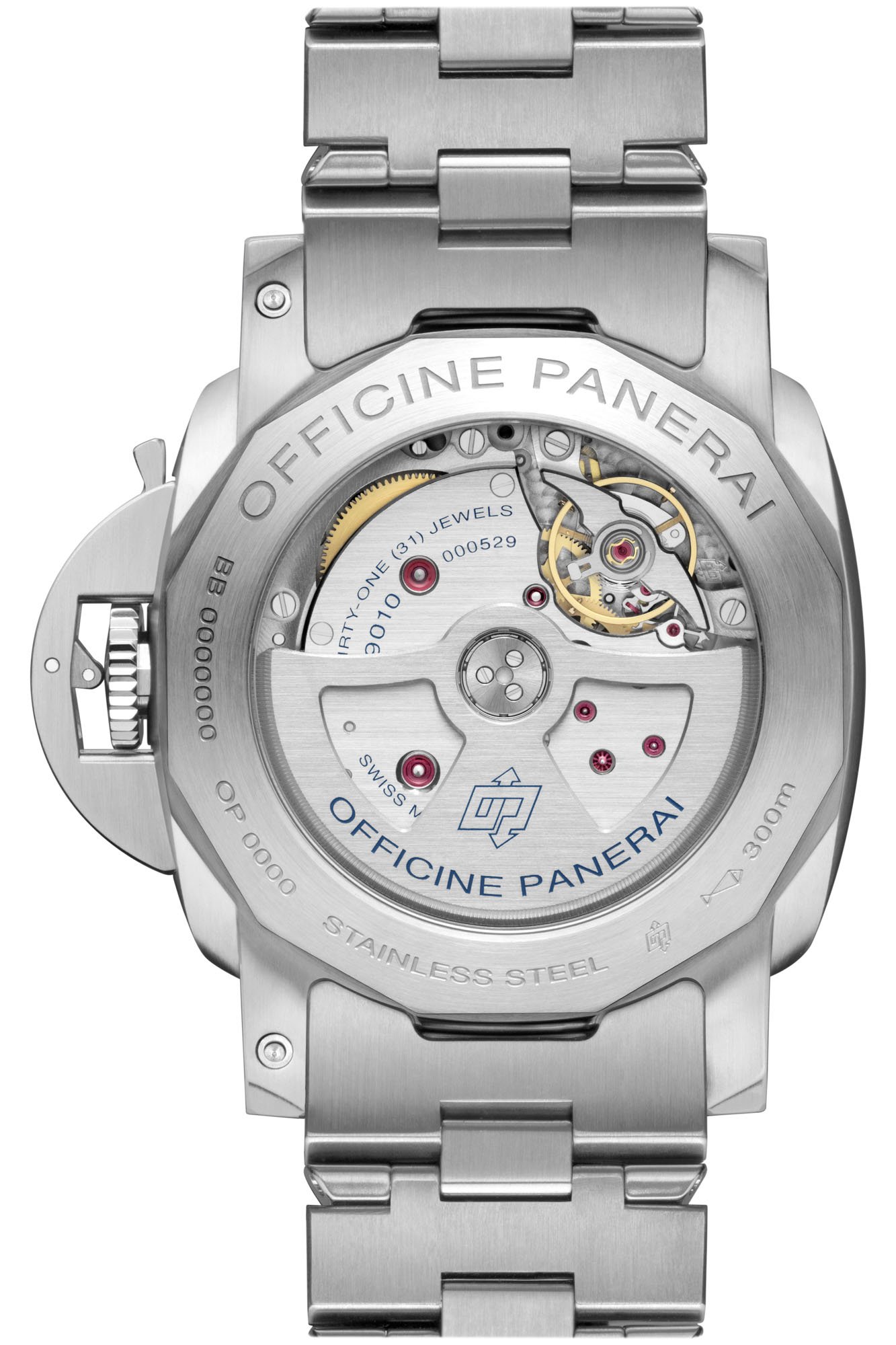