It doesn’t take much research to know that Sylvester Stallone is a huge fan of Panerai watches. He even ordered ‘custom made’ Panerai watches a couple of times, featuring ‘Slytech’ on the dial.

Amongst others, Stallone had 200 pieces made of the Luminor Marina (ref. 5218-207/A)  with a white ‘Slytech’ dial (which was auctioned in 2006 for $ 16,520 USD, see picture below). It was called the Luminor Daylight Slytech and exactly this model inspired Panerai to come up with a new model that has similar features. This new white dialed Luminor Daylight is part of the Special Editions PAM000785 set that Panerai introduced during the Hong Kong Watches & Wonders exhibition. 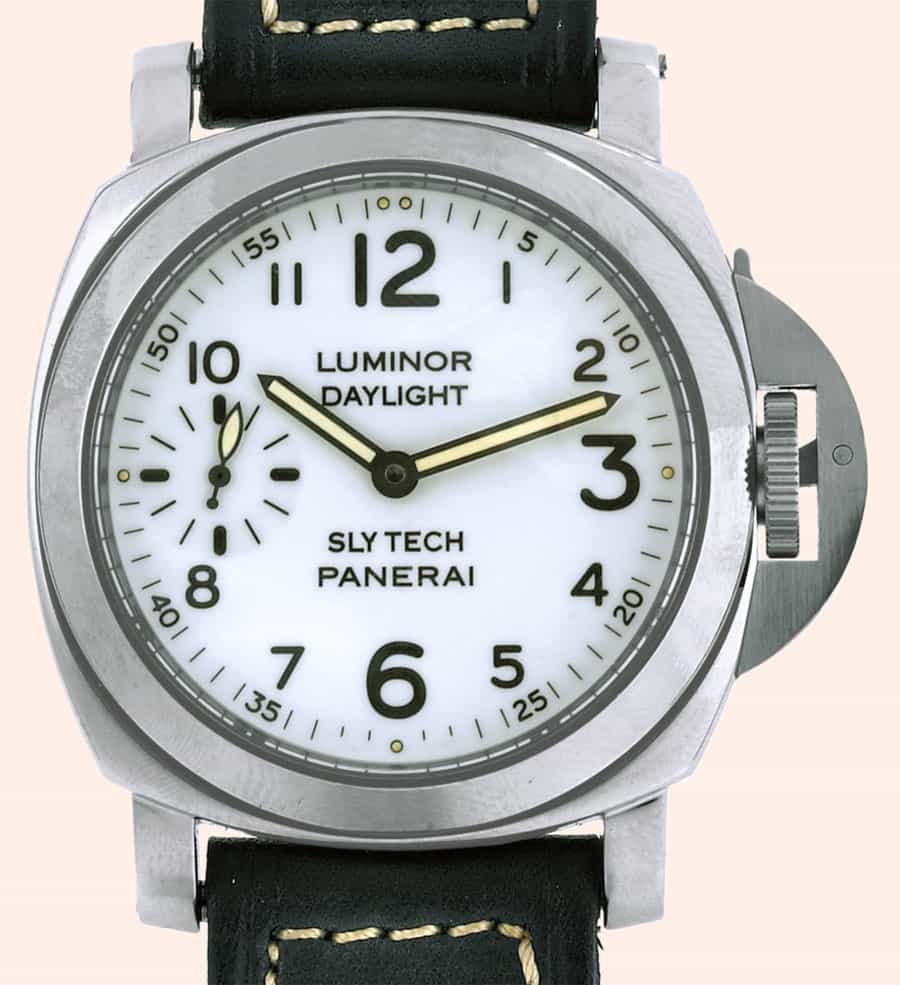 Panerai is well known for its Special Editions and they are very high in demand amongst collectors and enthusiasts. It will be no less for this 500 piece only Special Editions set PAM000785 that includes the white dialed Luminor Daylight model as well as a Luminor Black Seal, which has been treated with a DLC finish.

Both watches have patina styled hands and customized dials, the white dial being the ‘Daylight’ and the black dial being the ‘Black Seal’. On the Black Seal model, you will see the stick markers and Arabic numerals being treated with patina style luminous material. The Panerai Luminor Daylight model has small markers next to the Arabic numerals that have received the patina treatment. 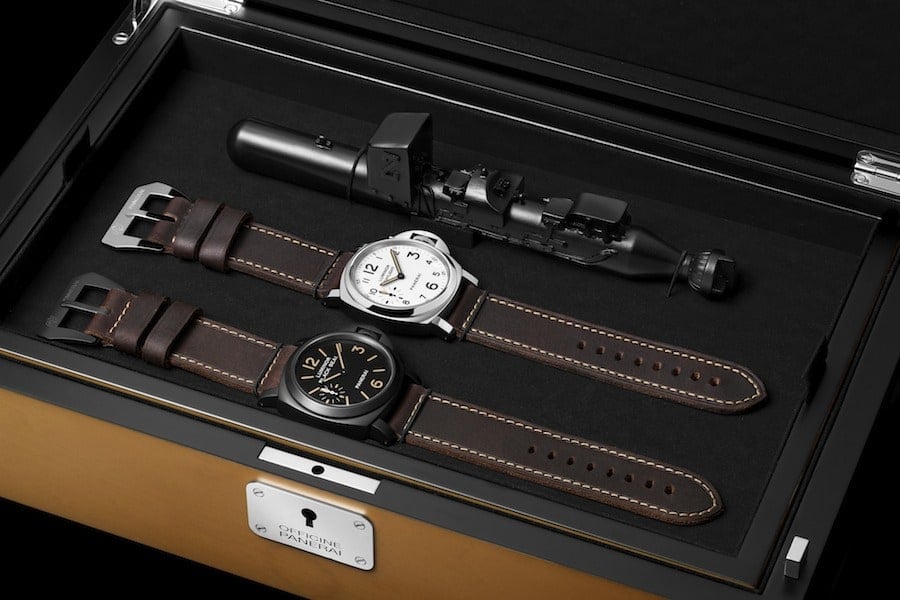 What’s quite different opposed to the original 1996 Daylight Slytech models, is that the movement changed drastically from a hand-wound Unitas 6497 based movement to in-house developed and produced caliber P.5000 movements. This also basically shows to what kind of transition Panerai went from before they were acquired by Richemont Group to now. From a small niche brand to a world renown brand that is capable of designing and producing their own in-house movements. 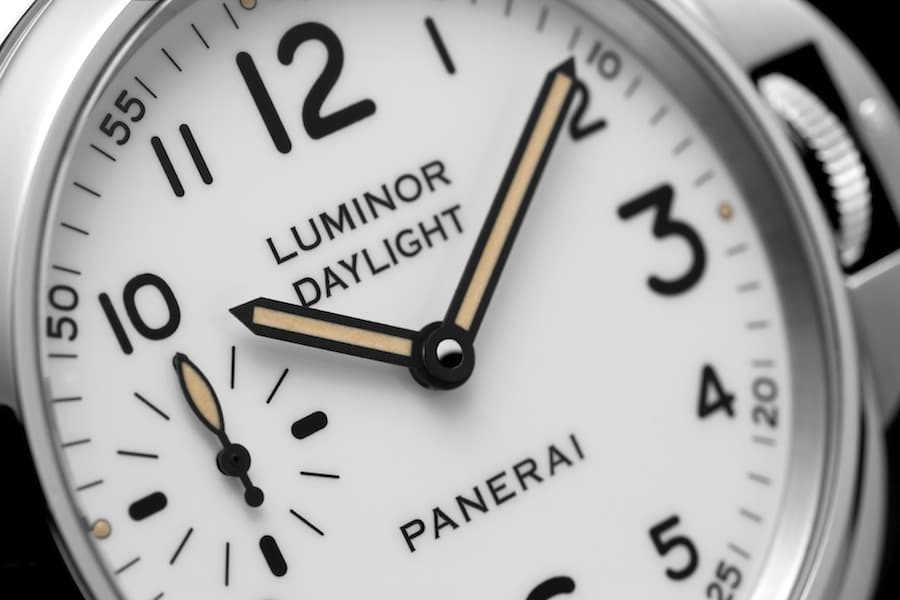 The P.5000 caliber is a hand-wound movement entirely designed and made in the Panerai manufacture in Neuchâtel, Switzerland. This particular Panerai movement used in the PAM000785 watches has a 8-days power reserve due to a two-barrel construction in series.

Both watches of the Panerai Special Editions set PAM000785 come with a beautiful vintage looking strap and pre-Vendome style buckle. 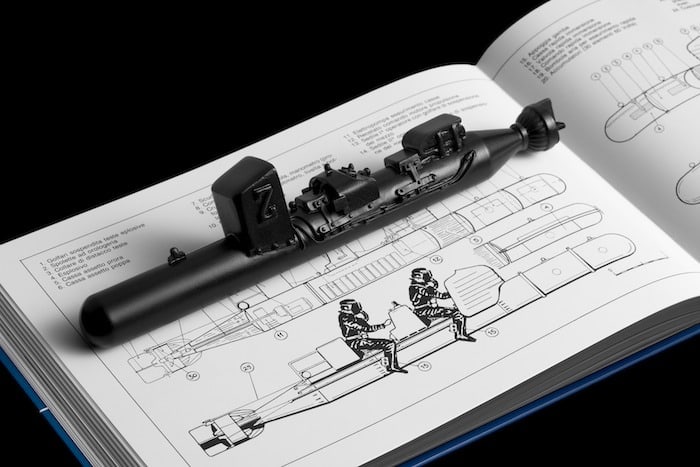 This Special Editions set is delivered in a beautiful box made of pear wood and also contains a miniature of the famous human torpedo. Additionally, Panerai throws in an interesting book on the military equipment used by the special forces of the Royal Italian Navy which of course also includes the equipment delivered by Panerai.

This PAM000785 Special Editions set is limited to 500 pieces and has a list price of € 15,900 Euro. More information can be found on the special Watches & Wonders page on the Panerai website.