Earlier this week we joined IWC Schaffhausen for the start of the Passione Caracciola. An event which is easiest described as an oldtimer rally dedicated to German race car driver Rudolf Caracciola. We head off to Zürich where the event wil kick off, and at the evening before the rally begins we gather at the Grand Dolder Hotel. 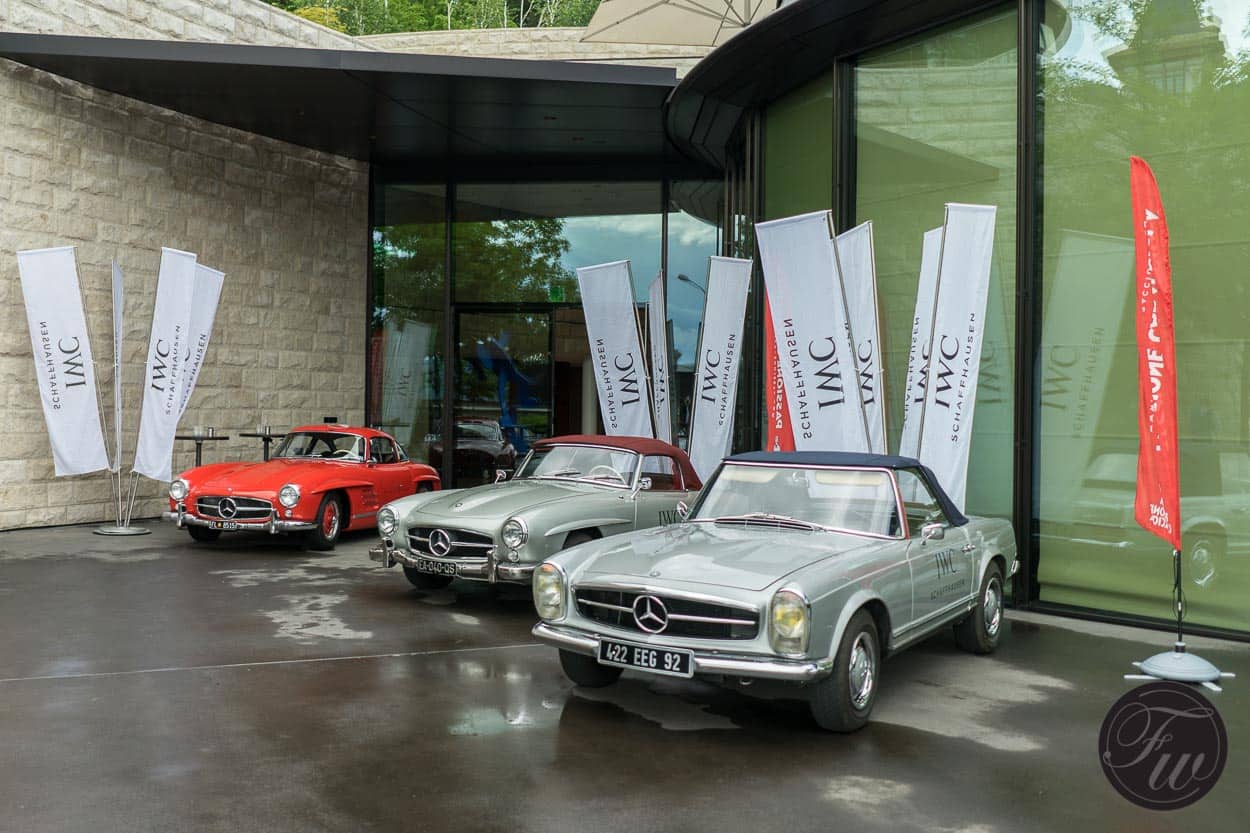 First stage on our agenda. Behind the scenes at the recording of a new edition of ’IWC Schaffhausen talks to’ starring Jochen Mass. Being a well known race driver he actually started his working life being a sailor, enjoying his travels around the world. Later on he managed to persuade his racing dream and was quite successful doing so. Now at the age of 68 he still drives race cars during special events. 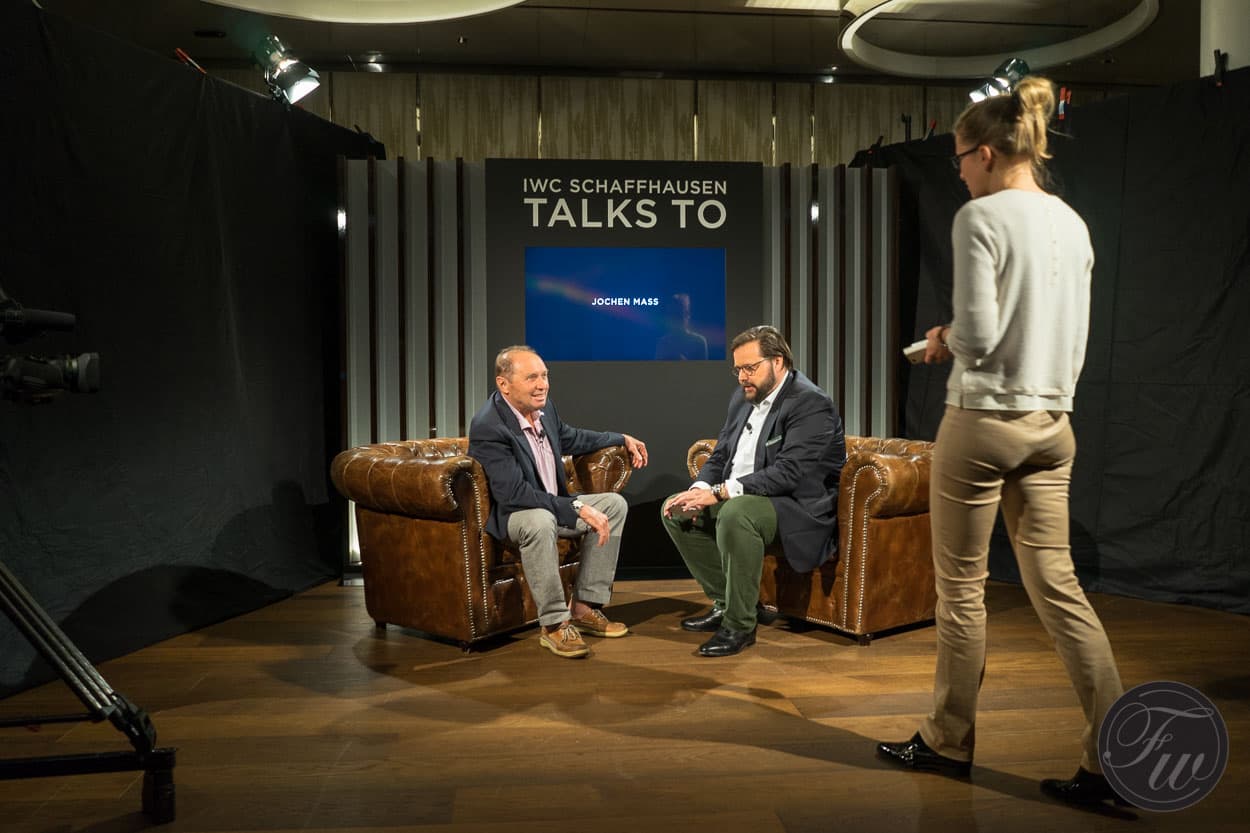 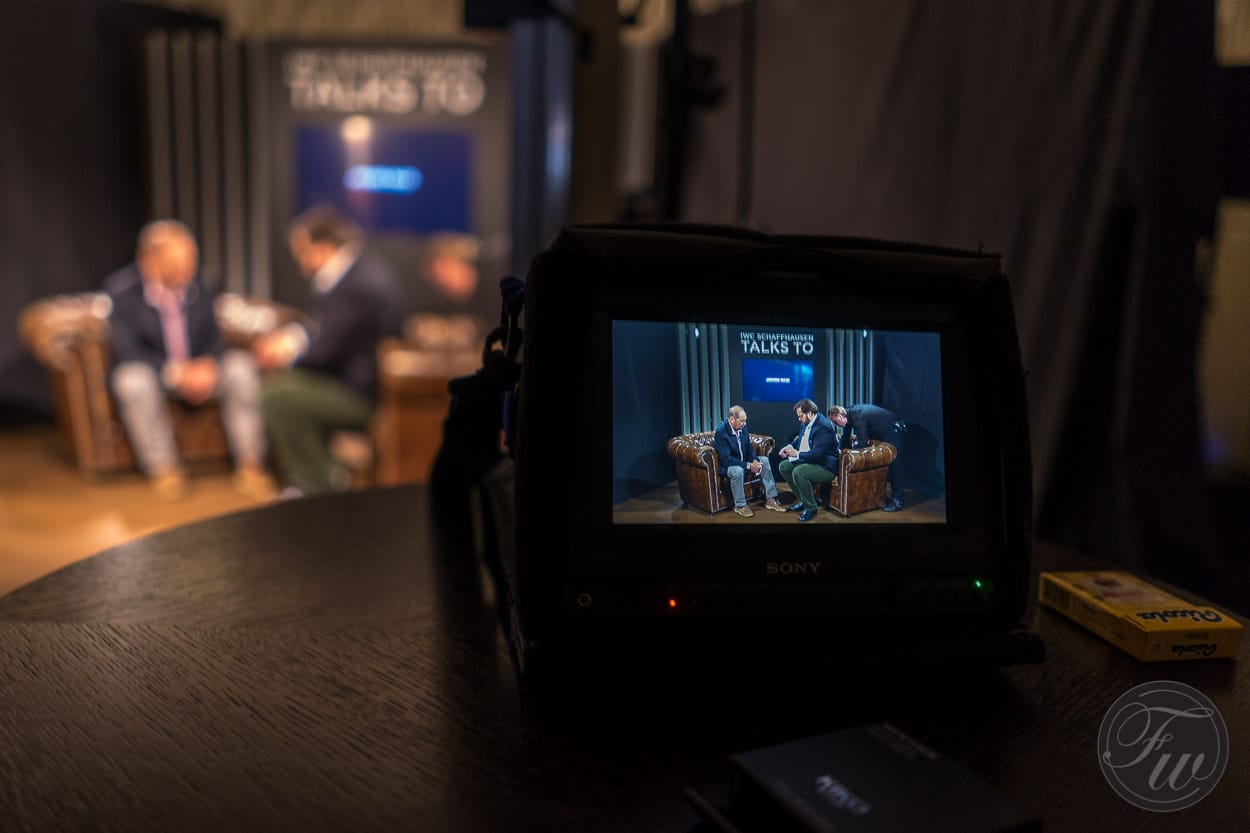 Second stage is the press presentation of the new IWC Ingenieur chronographs. These limited editions have been introduced during the Goodwood Members meeting in England back in March. Christian Knoop, creative director of IWC Schaffhausen presents the ‘Rudolf Caracciola’ edition, dedicated to the talented racing driver from the 30’s. The ‘W125’ to commemorate the legendary Silver Arrow by Mercedes Benz. And the third ‘Goodwood’ edition  linked to the well known Goodwood Motor Circuit. 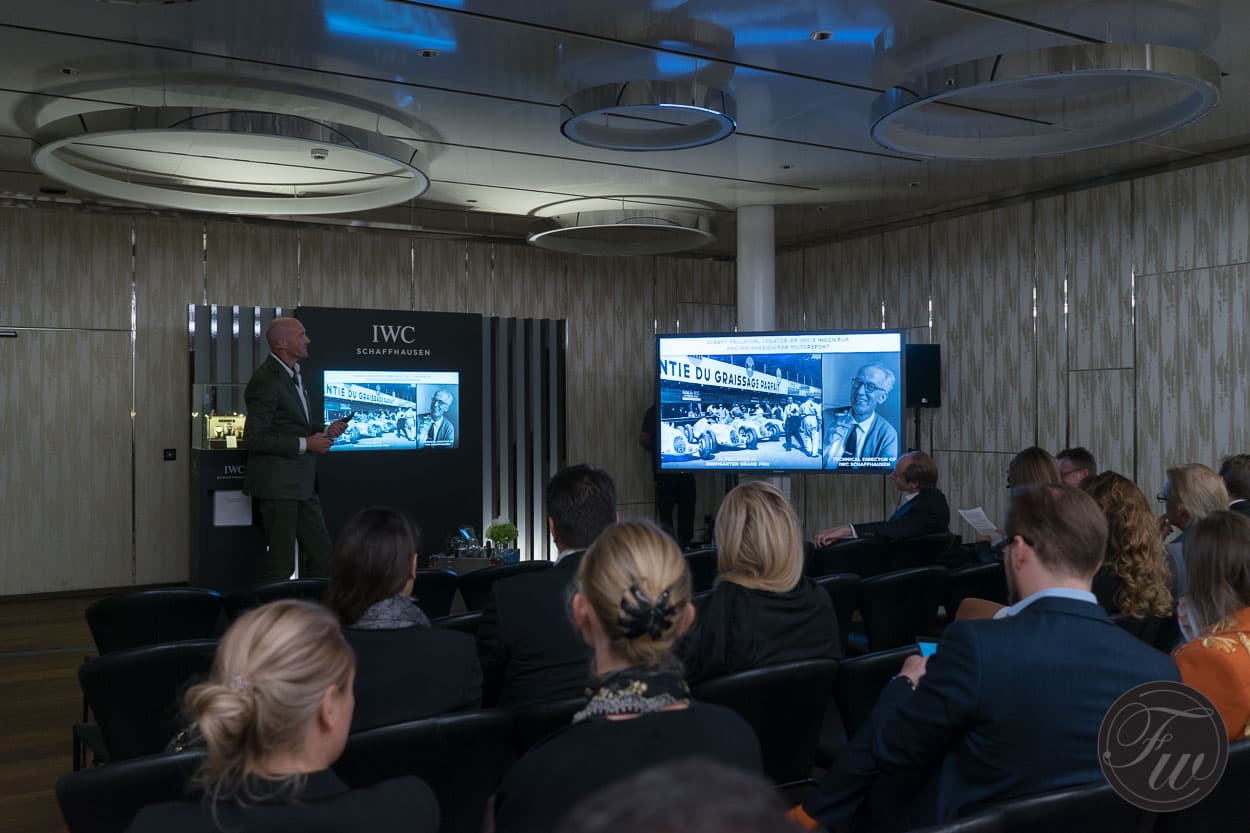 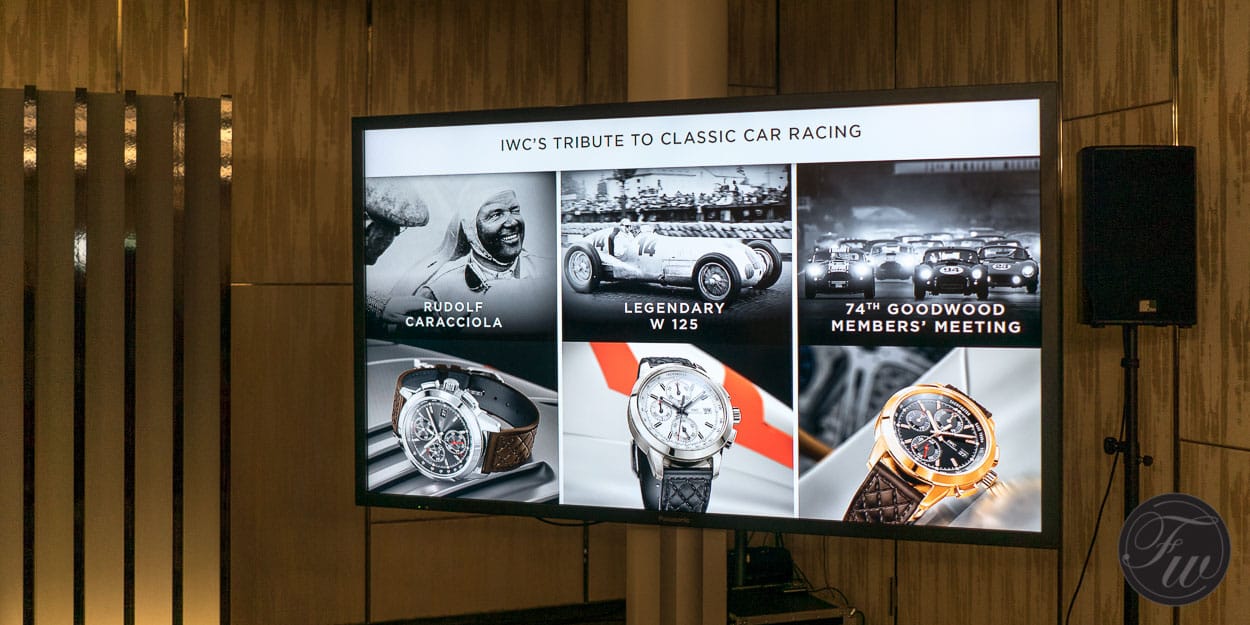 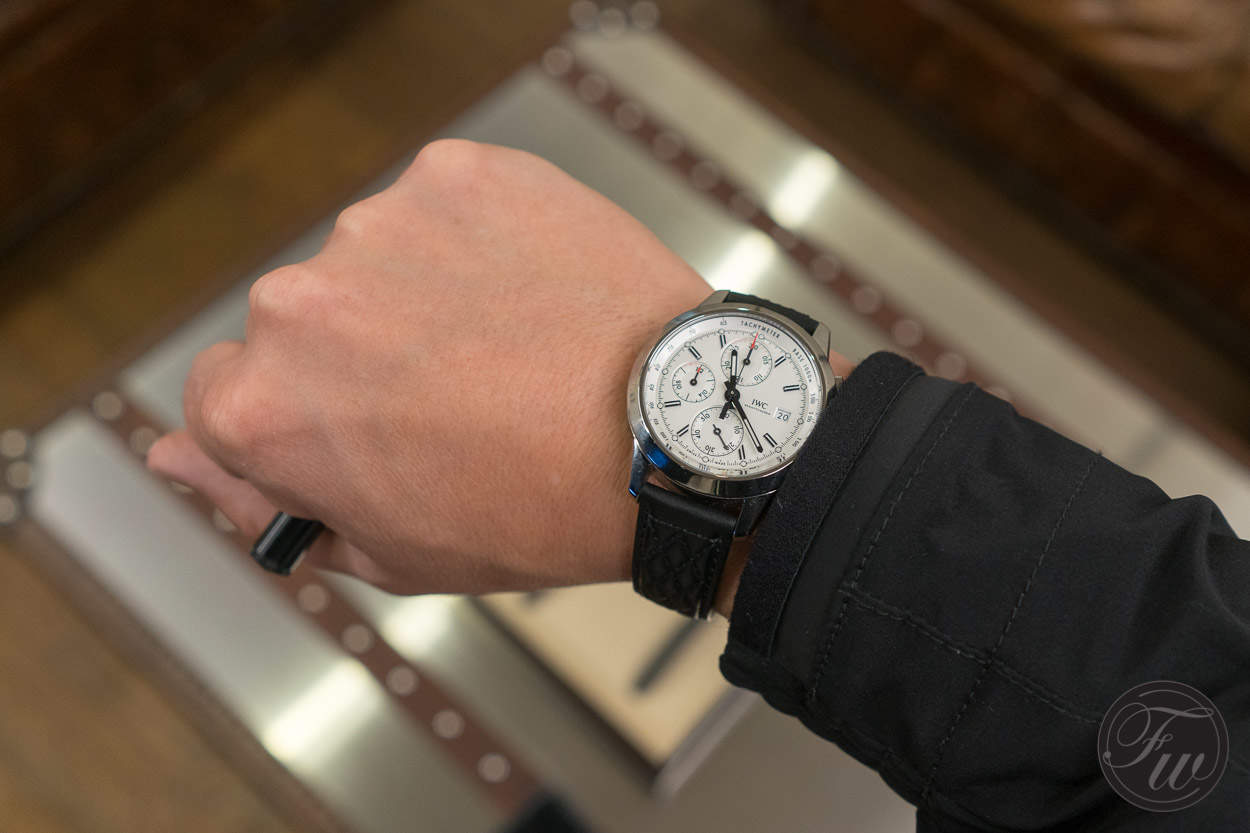 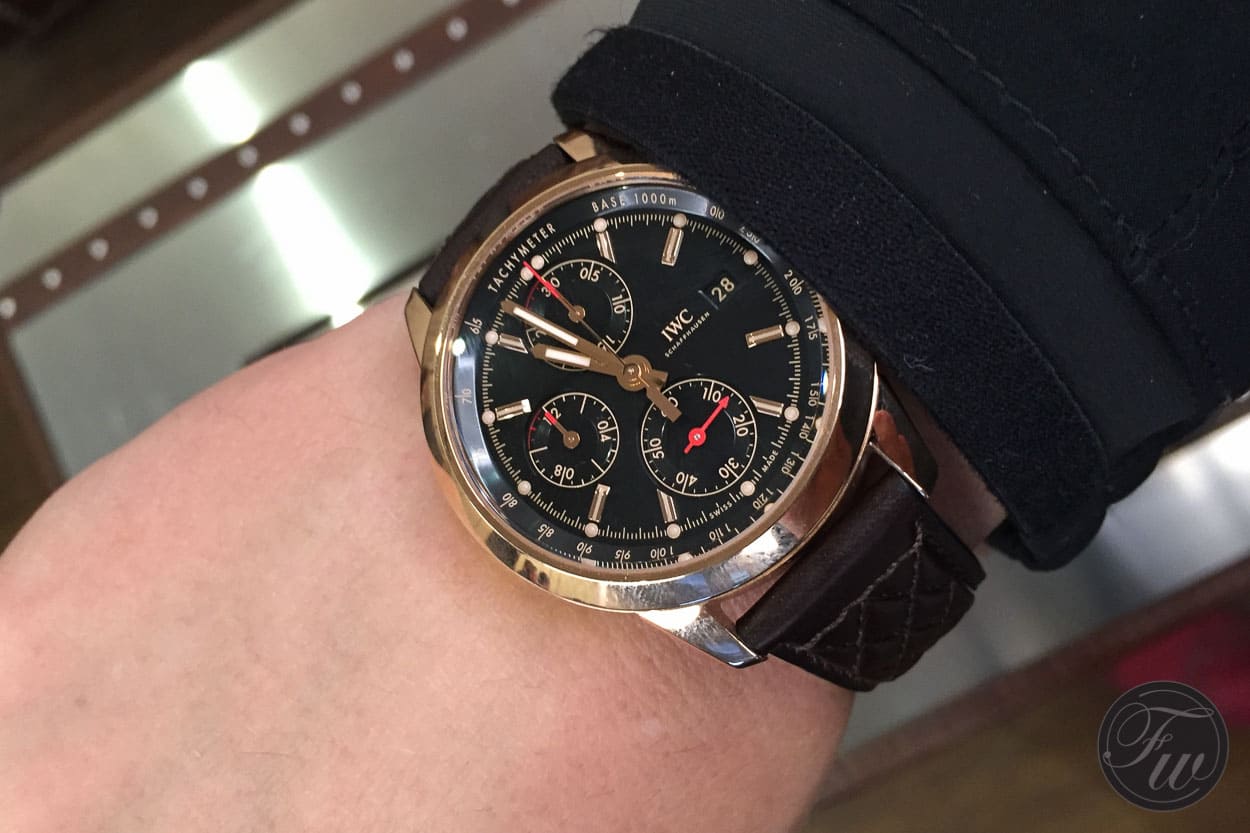 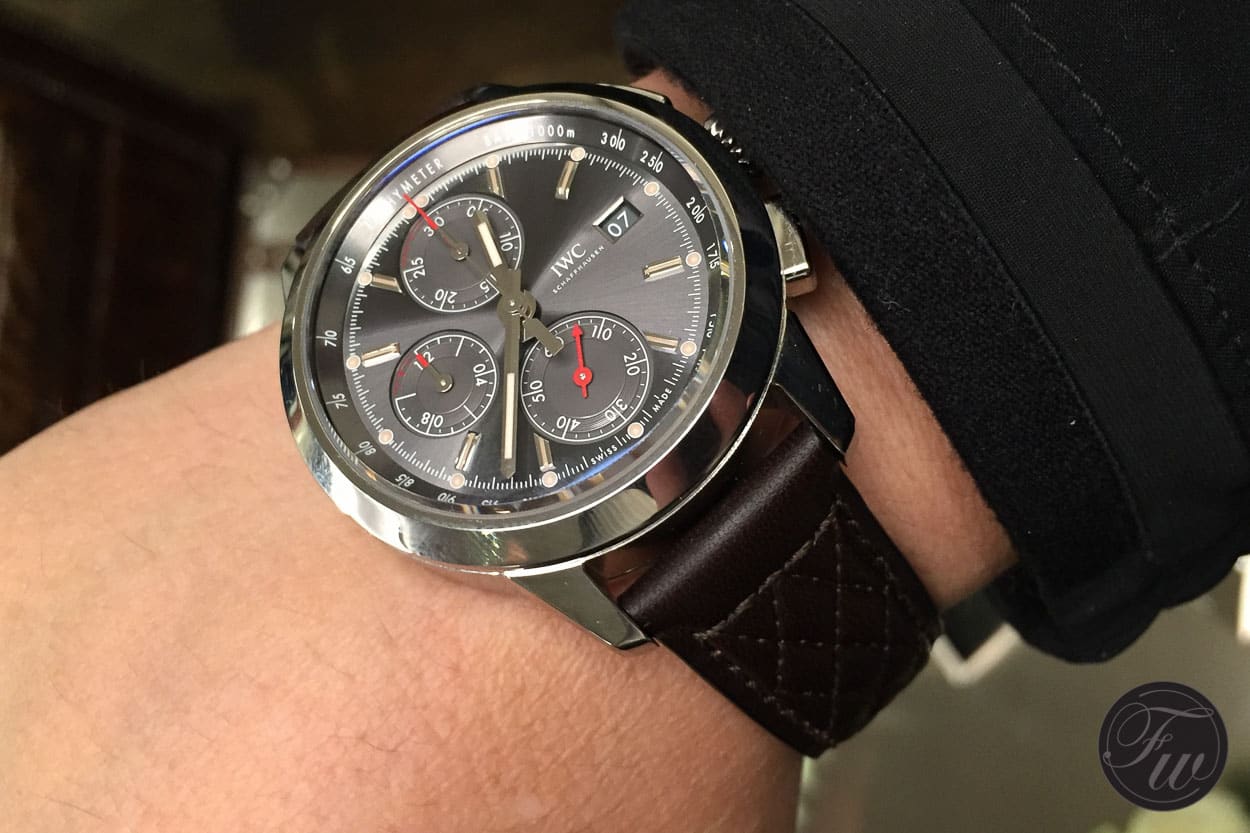 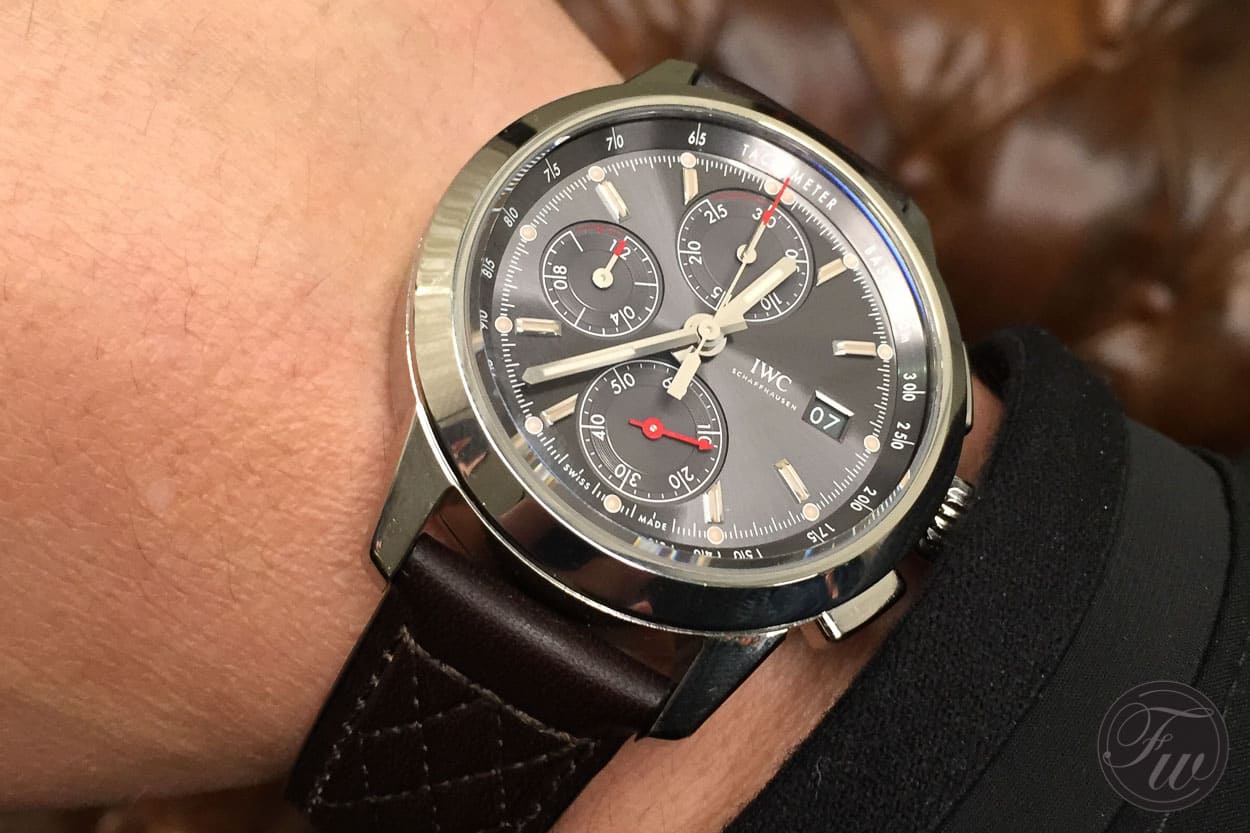 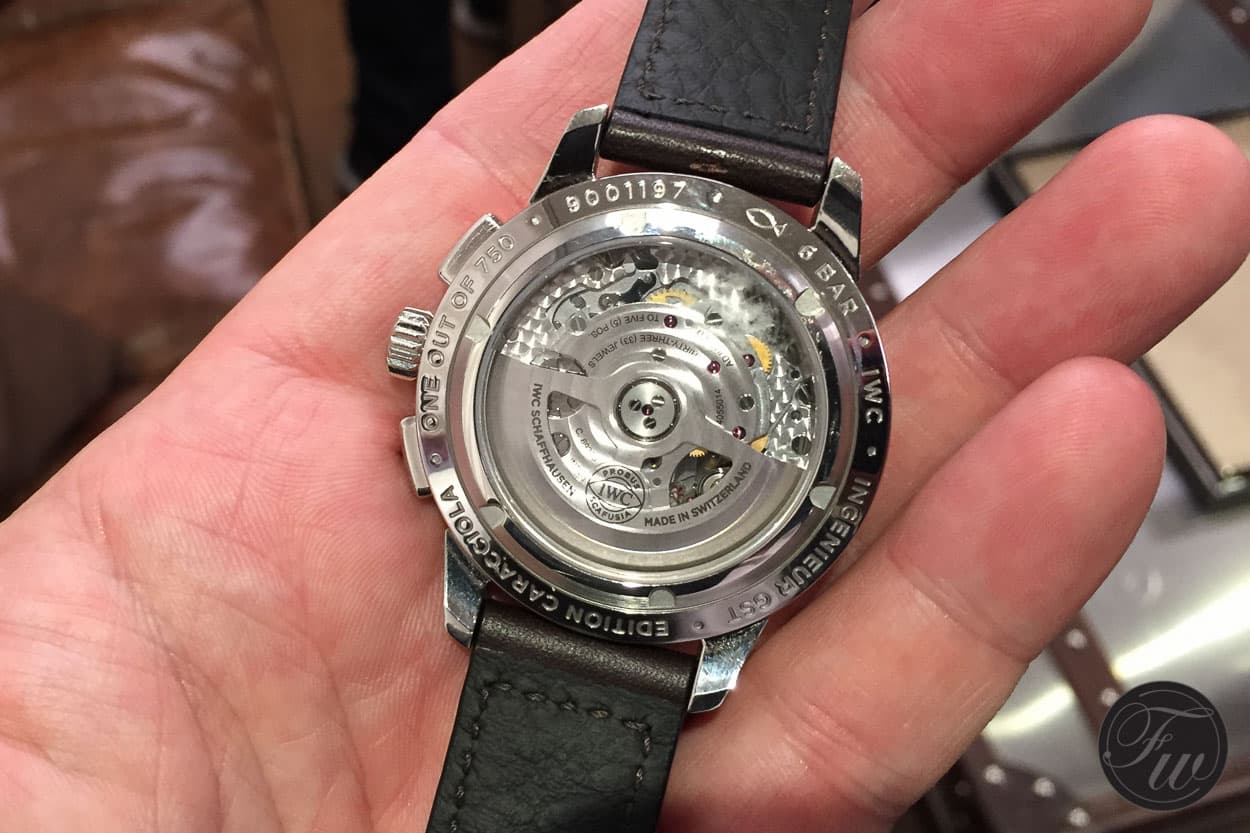 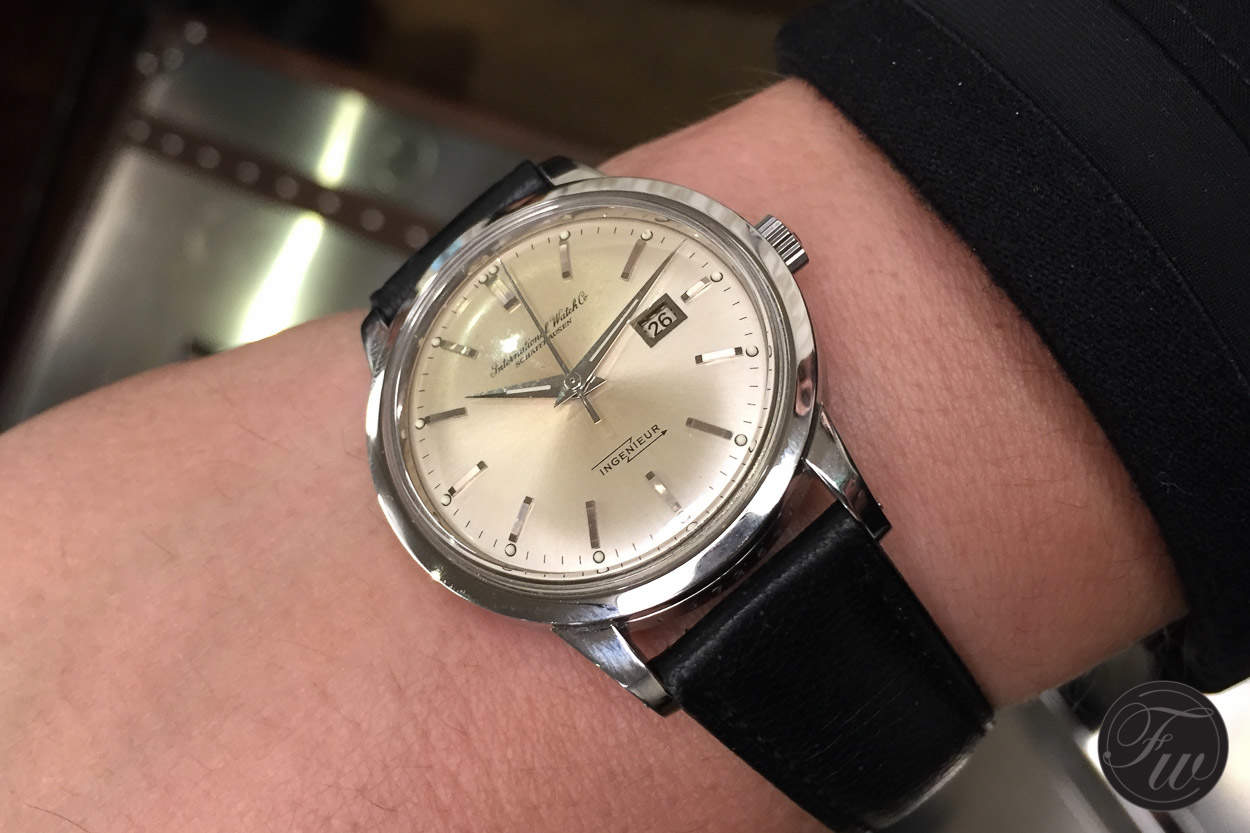 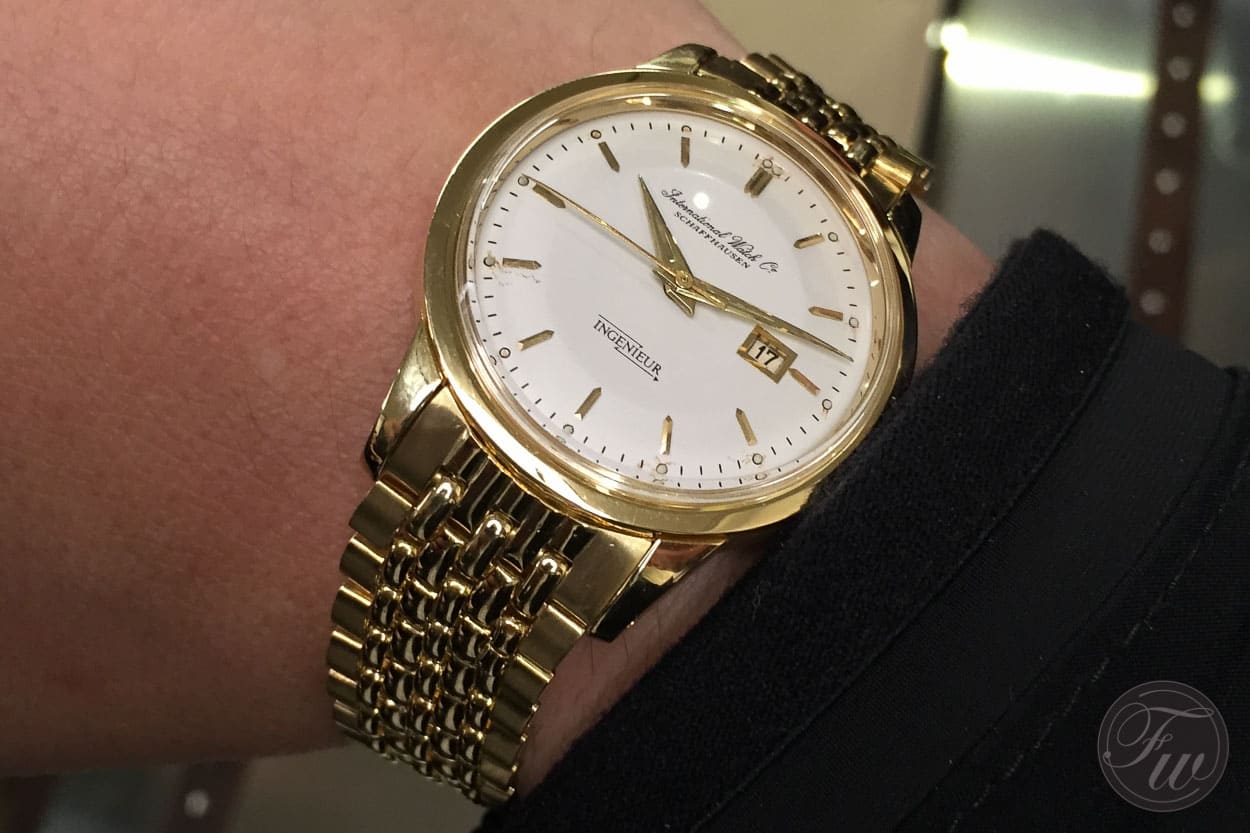 We finish this day with an IWC Schaffhausen welcome dinner. In between courses Philip Rathgen talks automotive with Jochen Mass and Bernd Schneider amongst other guests. 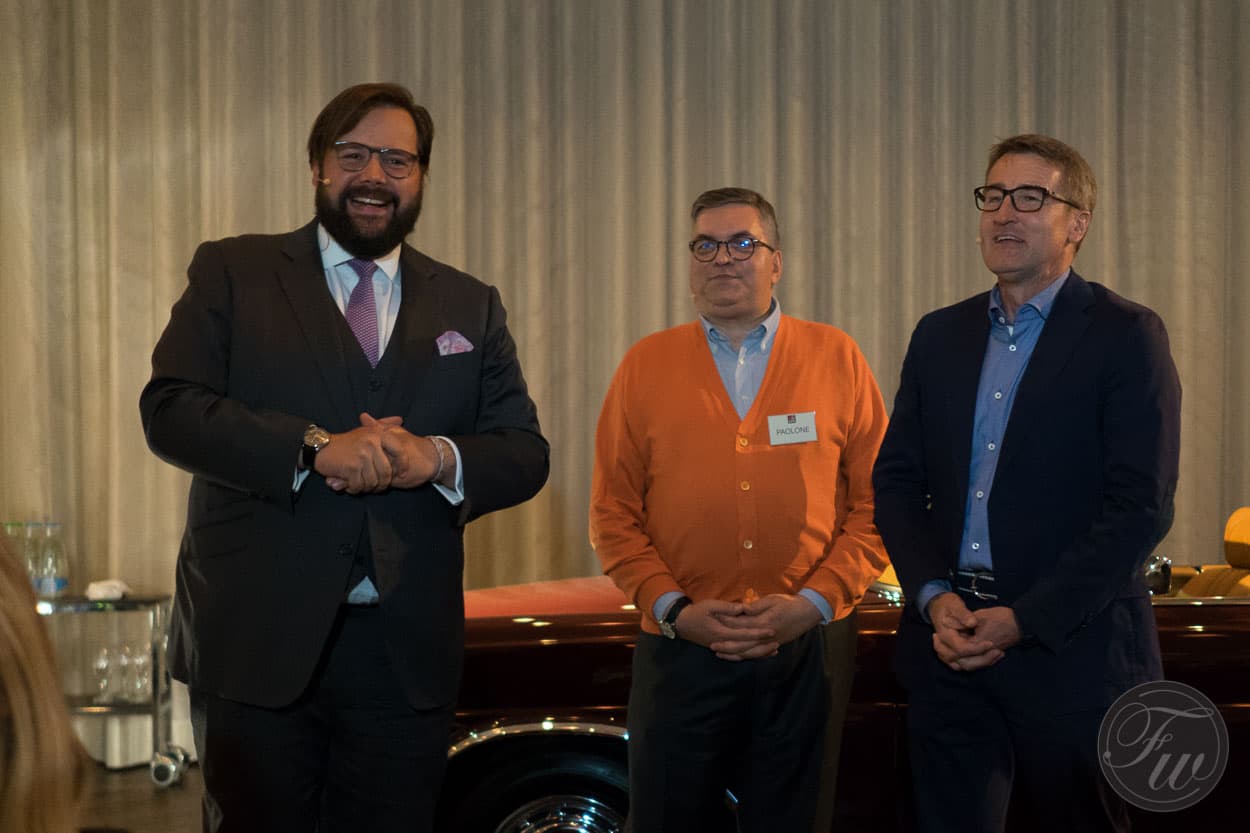 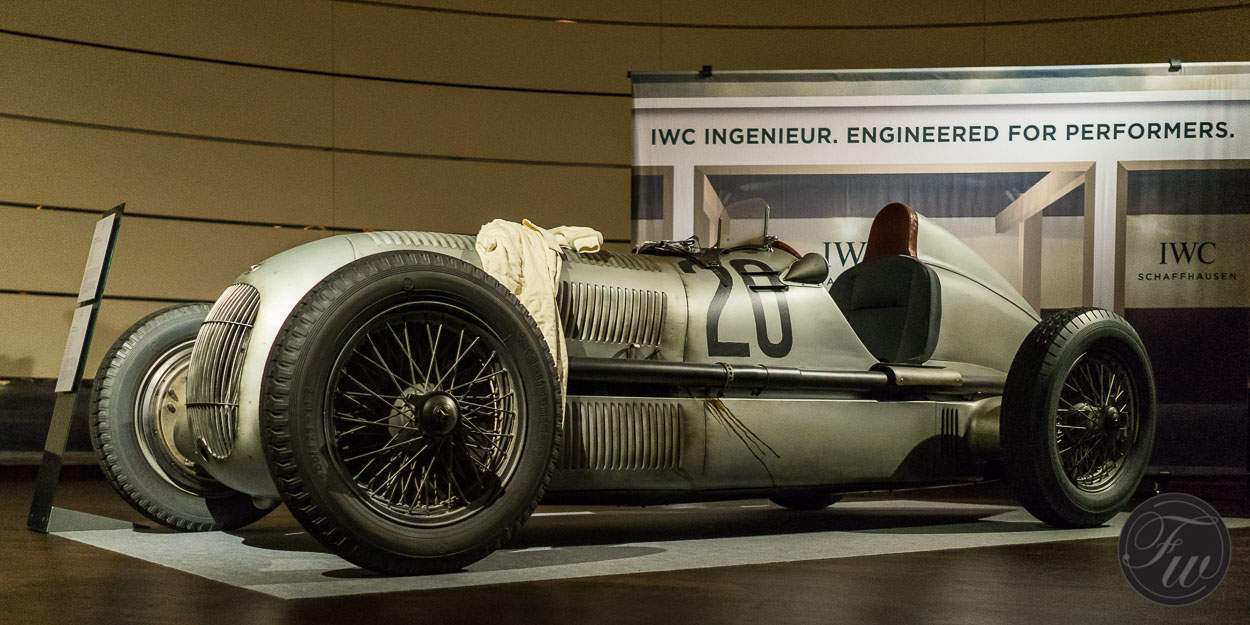 Before the start of the rally we had a look at some of the cars that will participate. We found some impressive oldtimers on display at the Grand Dolder parking ground. 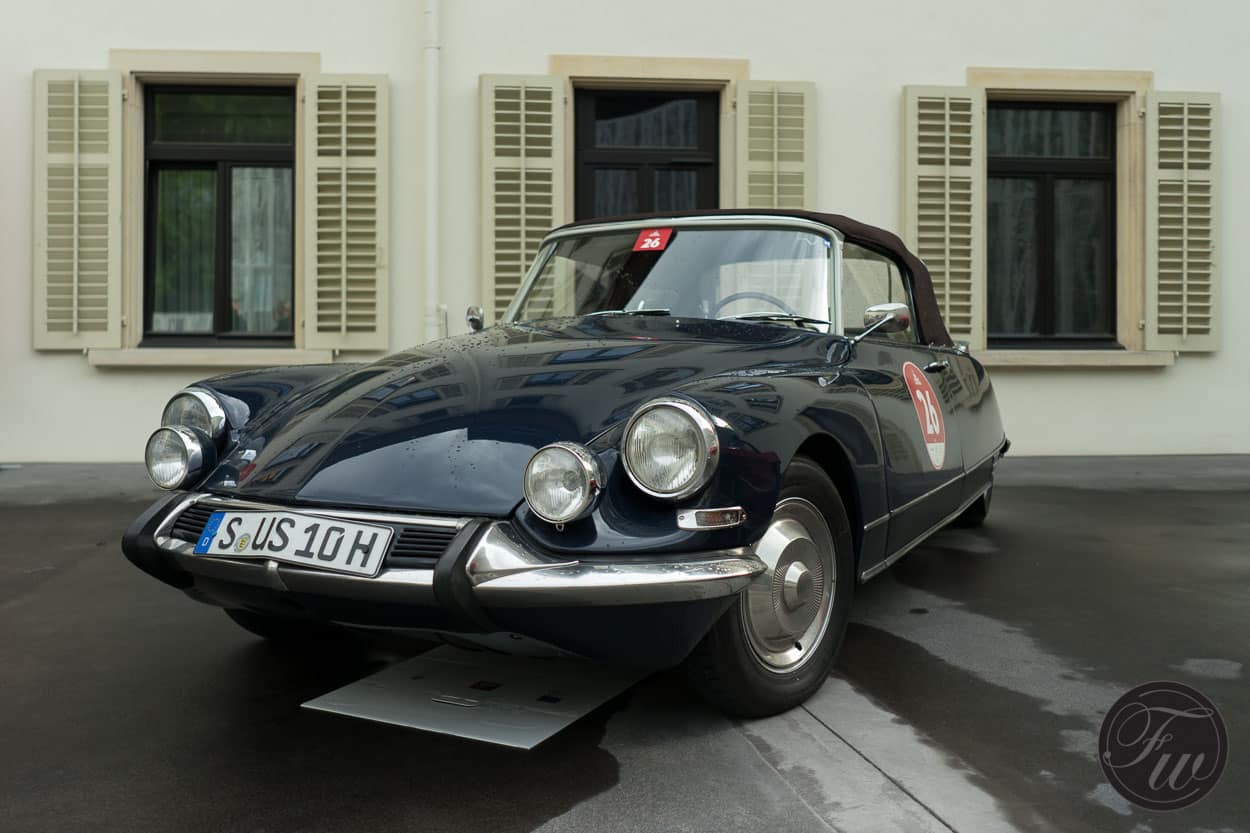 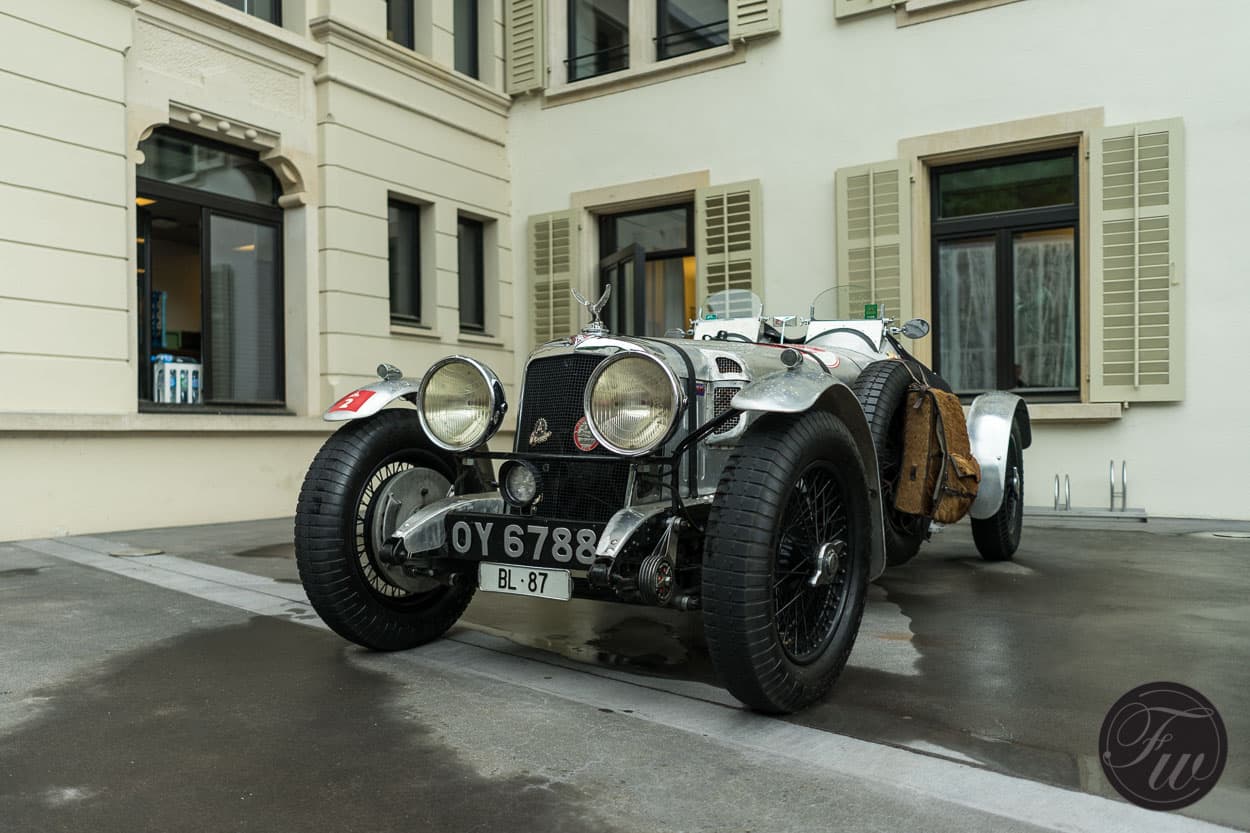 Moving on to the start of the rally. We find ourselves at Hotel Regensdorf early morning. Maybe it’s it the name of the hotel, or special treat in honour of Rudolf himself as ‘regenmeister’, or rain master in English, was his nickname. The one thing you can’t control, so we start the day with rain. 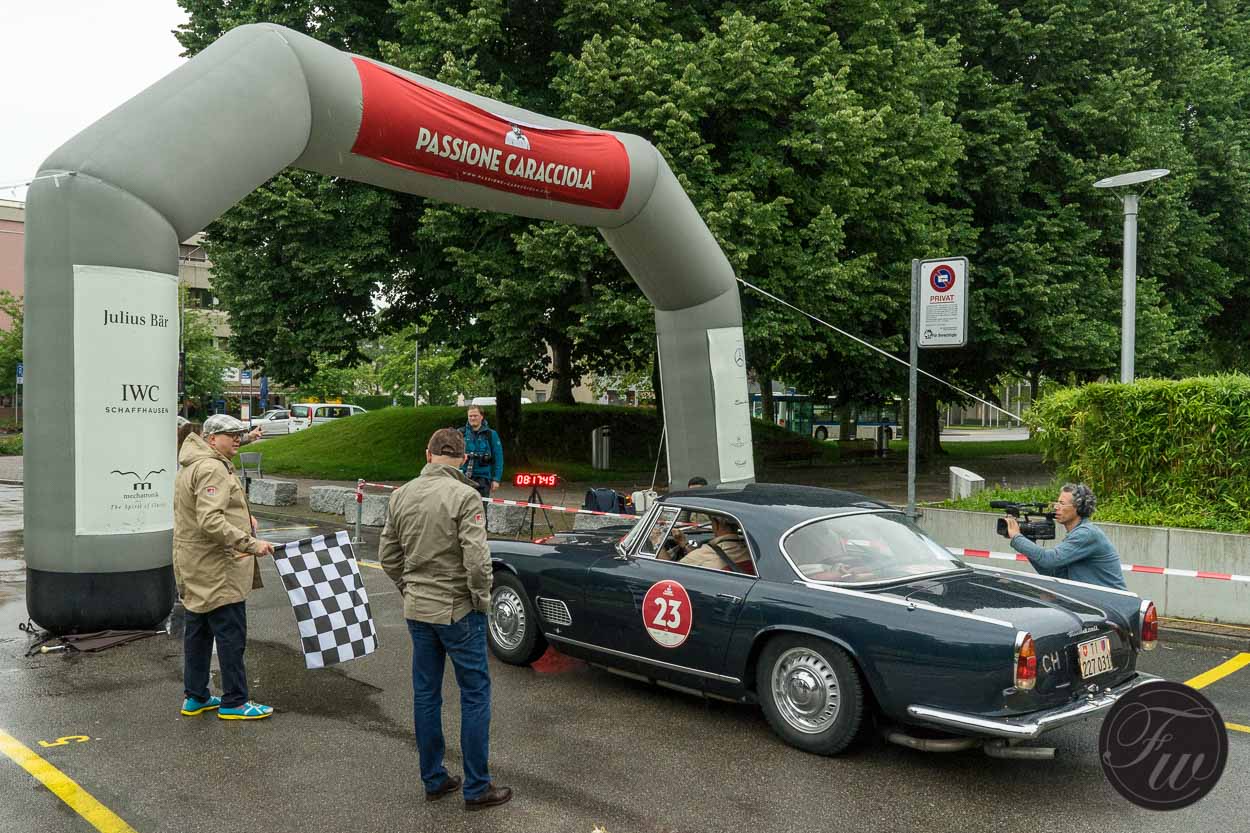 Start of the Passione Caracciola. 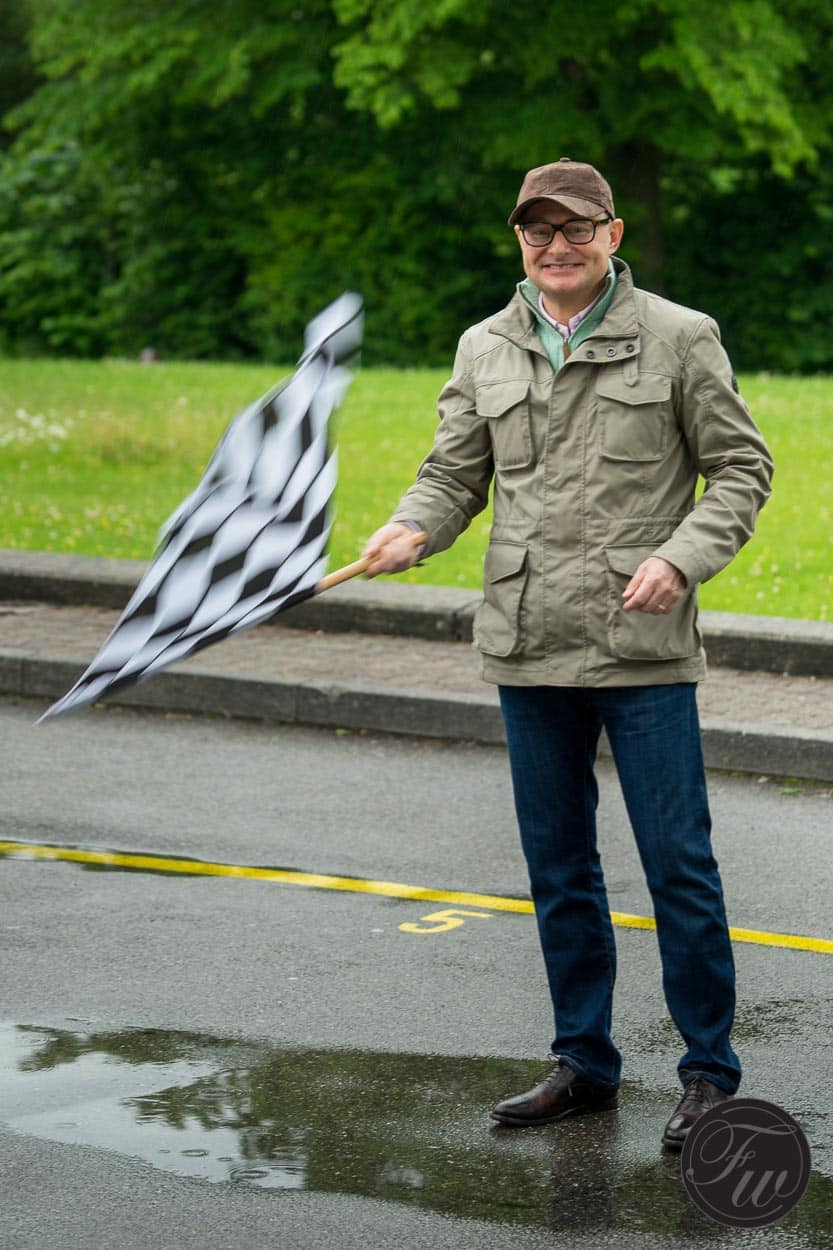 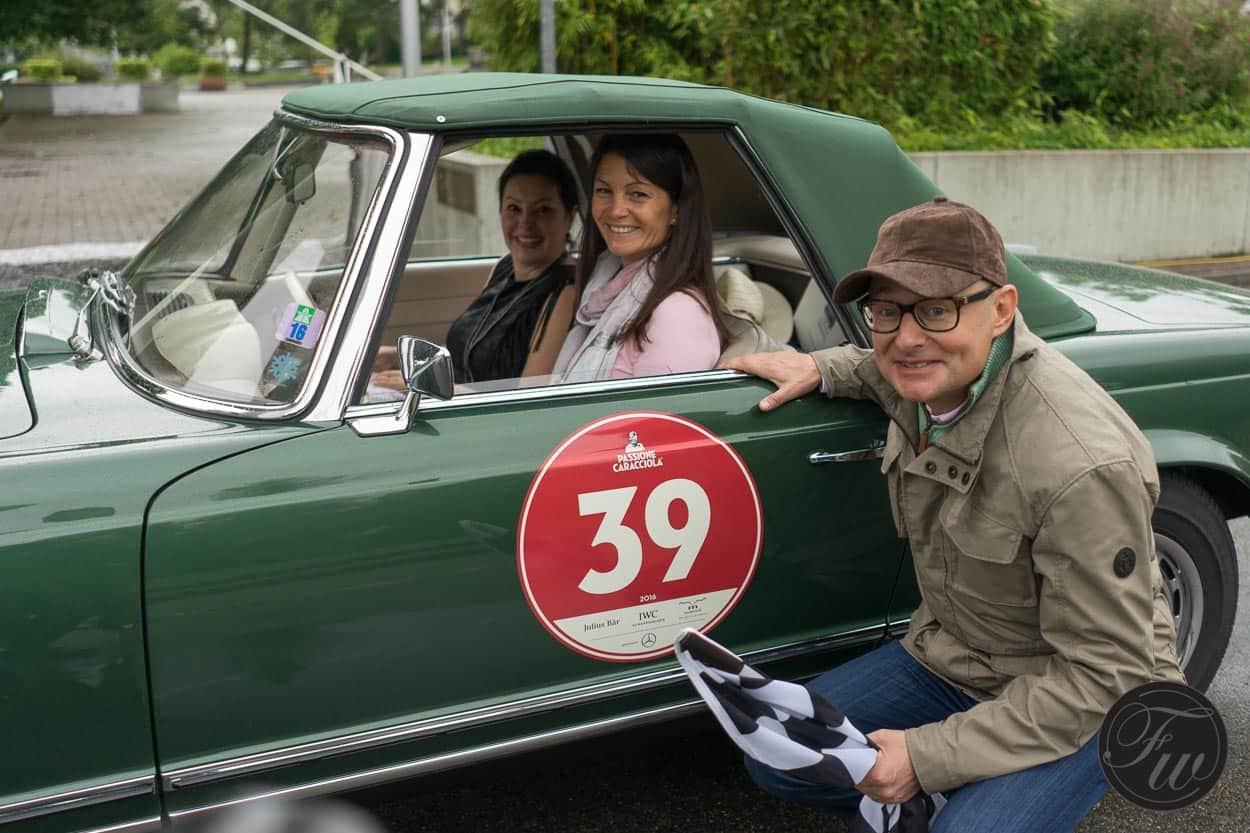 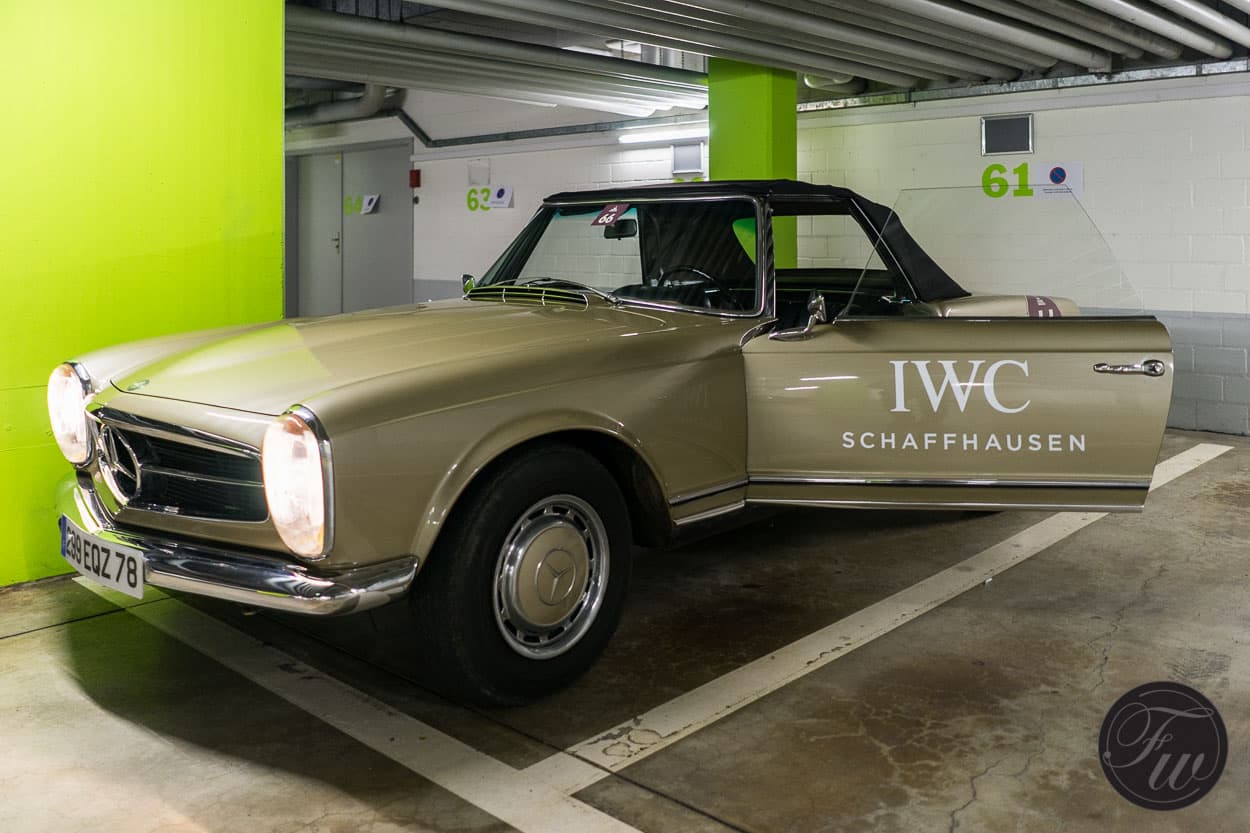 Must admit you have to get used to the controls and feel of an oldtimer but after a few kilometers we felt right at home behind the wheel. Back to basic. No unnecessary buttons and functions distracting you. Just all the things you need to drive around in a wonderful and stylish car. With rally directions on the right seat, and the melody of the engine we drove out of the city. 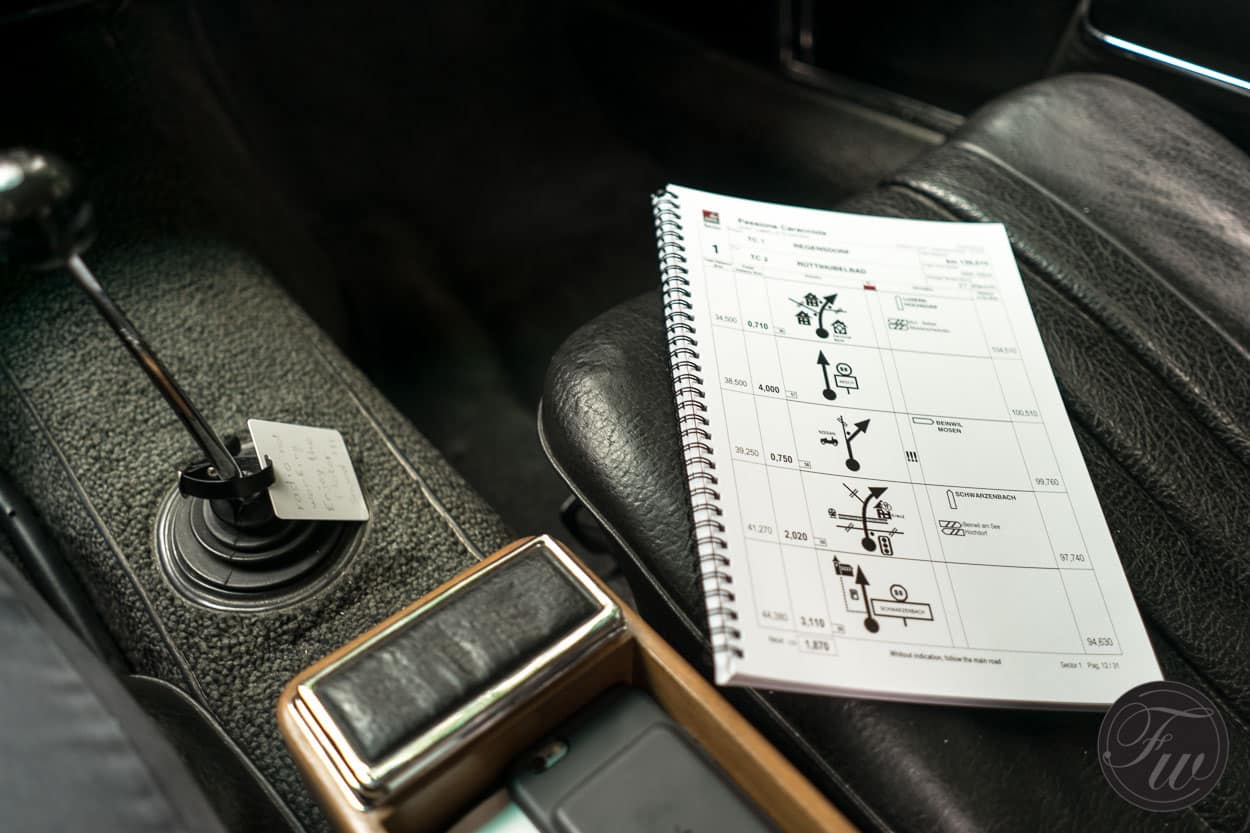 Rally directions for the first stage of the Passione Caracciola. 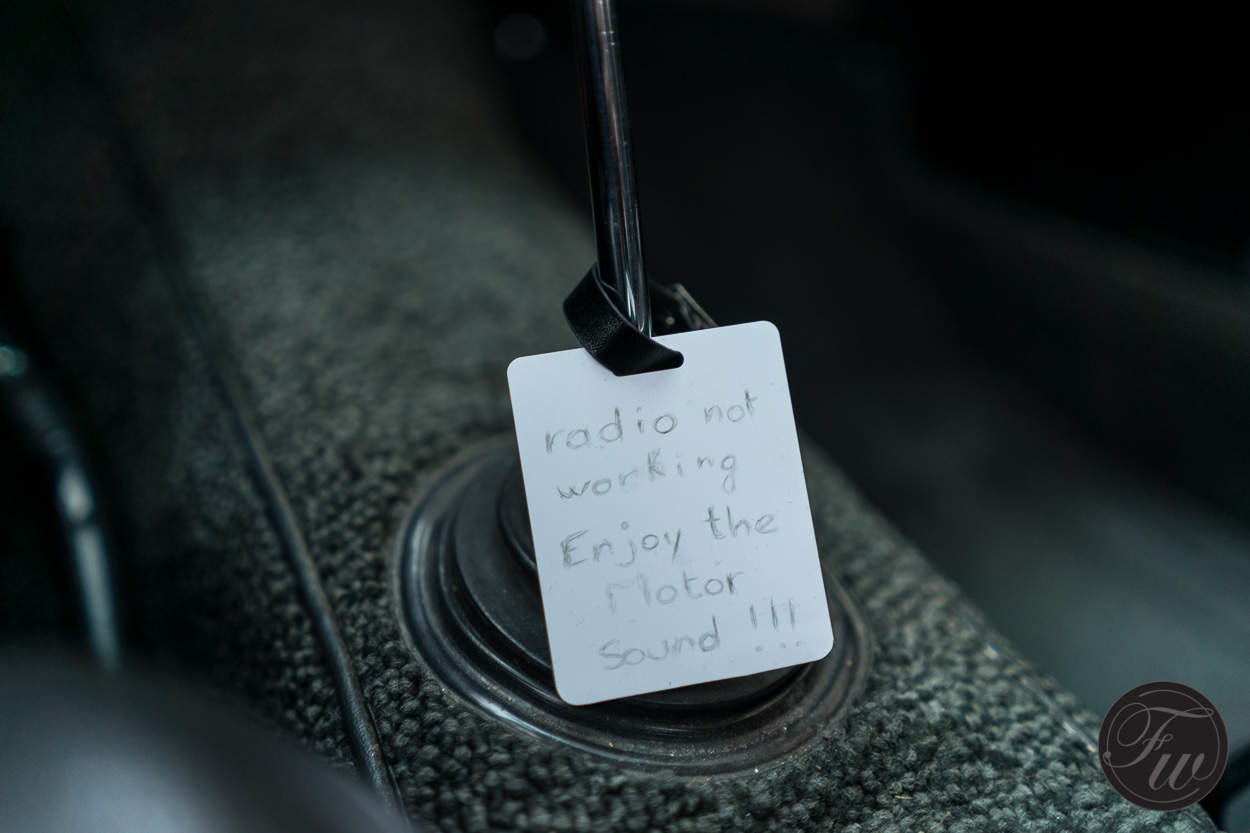 This note sure put a smile to my face. 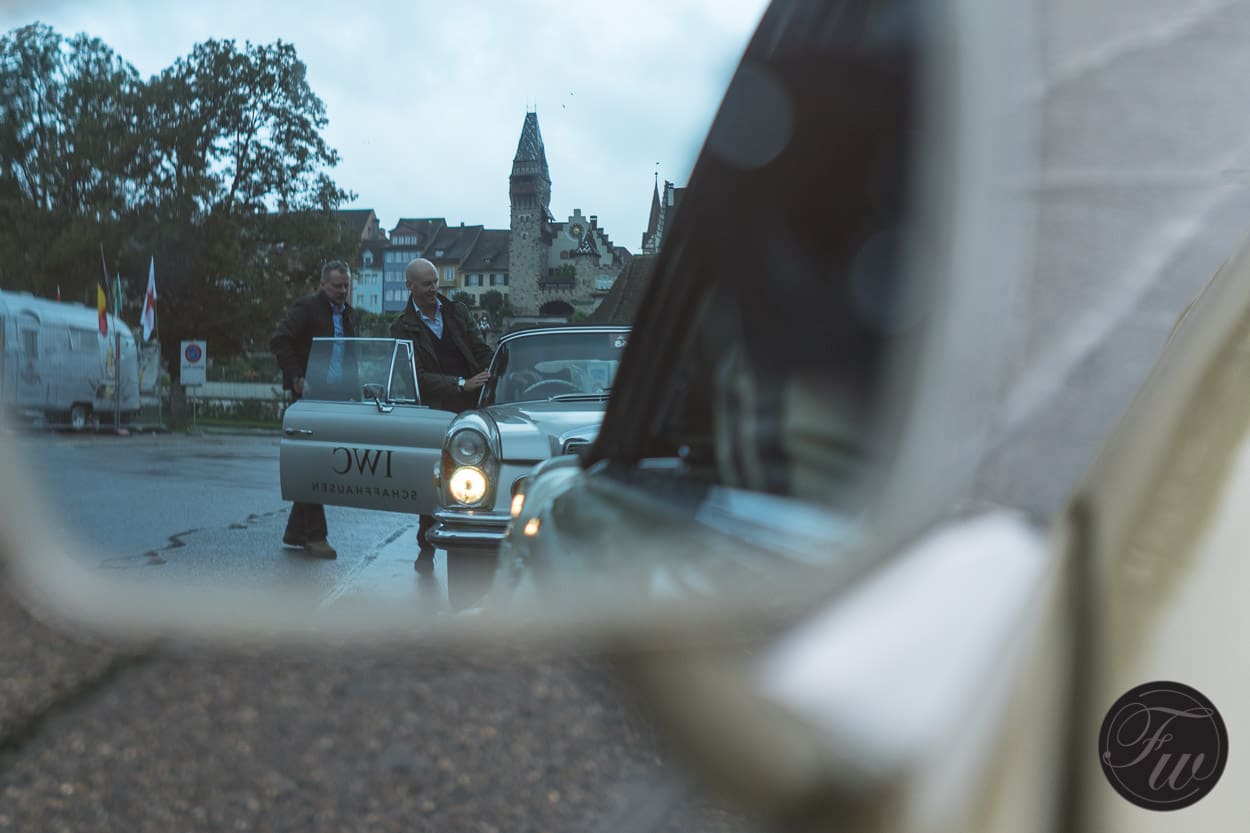 Good to go! Christian Knoop getting behind the wheel.

Following the rally instructions we slowly find our way through the Swiss landscape. Stopping along the track a few times te relax a bit, change cars for those who want to try different ones. 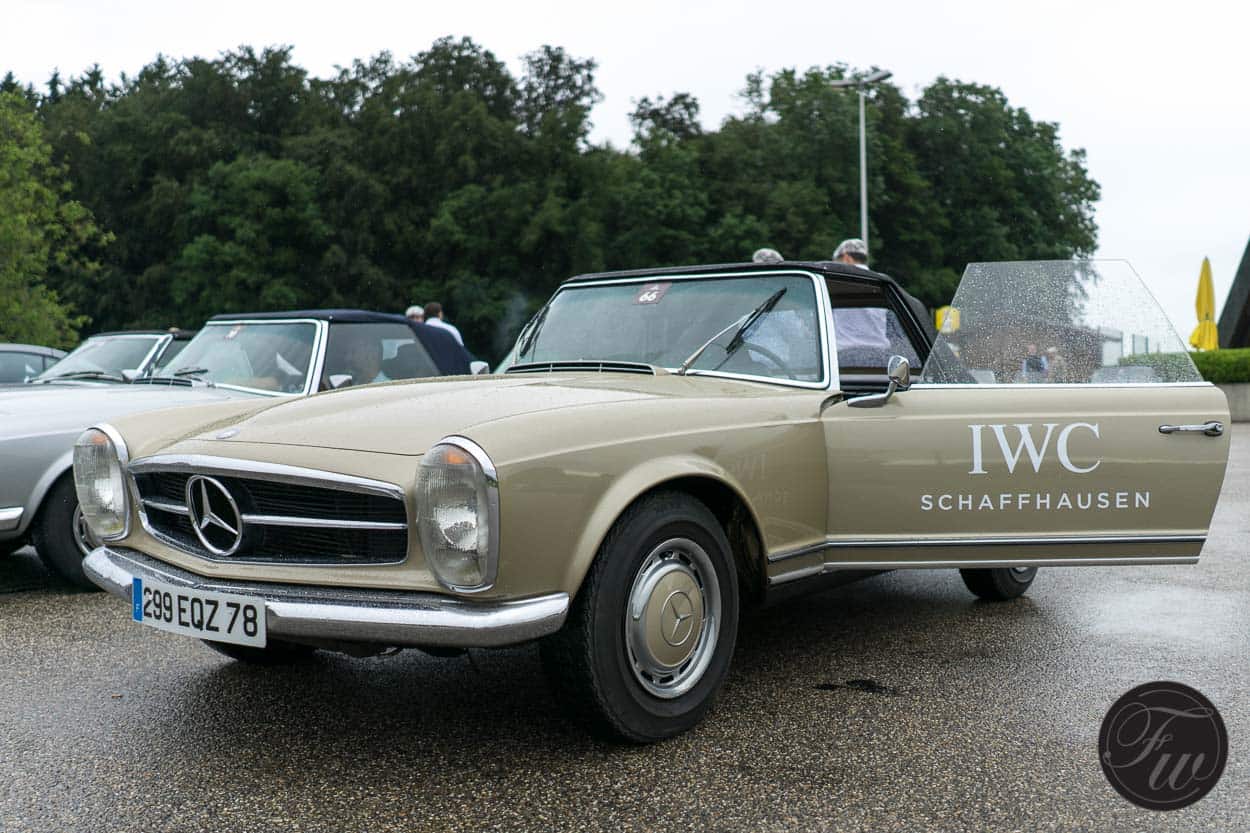 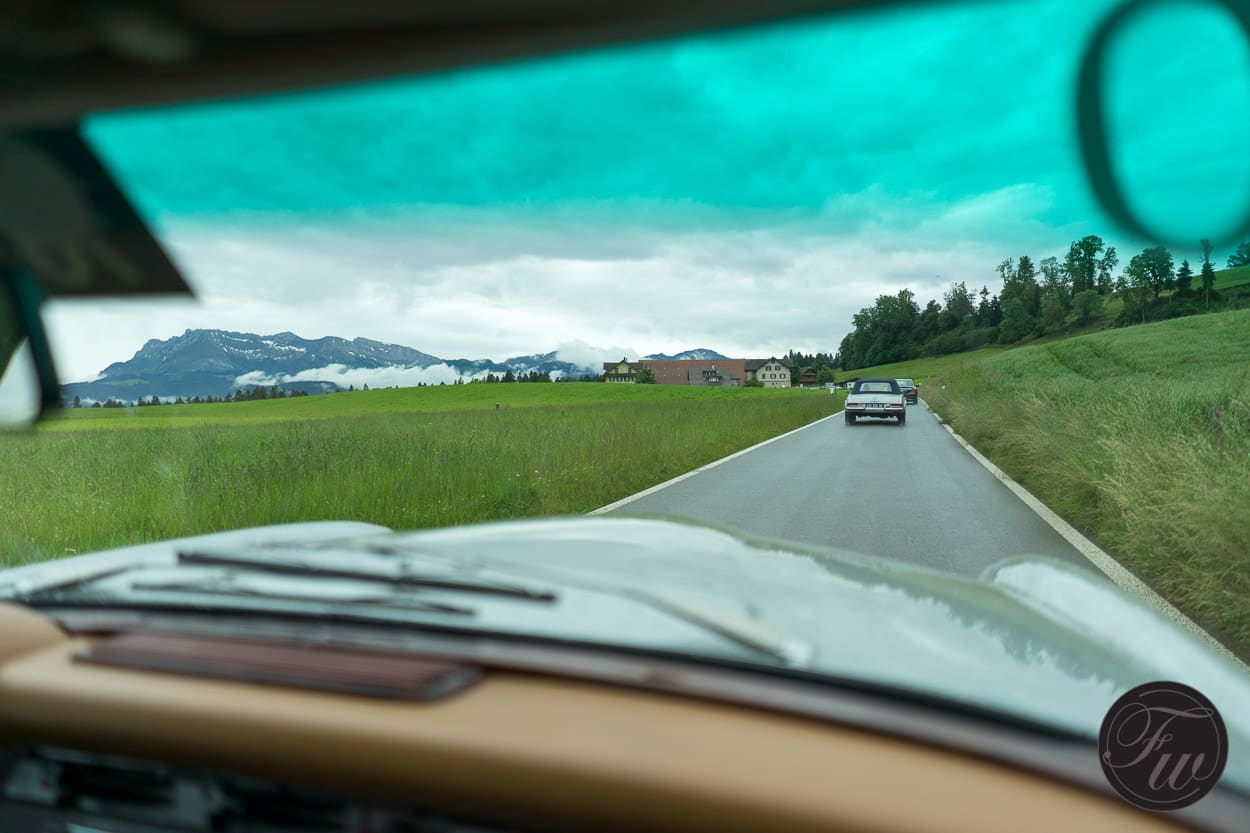 During the last part of the rally I join former Formula 1 driver Karl Wendlinger, as his co-pilot. Quite the experience as I was a big fan of the Formula 1 back in the 90’s his active years. After 139 kilometers we arrive at Rüttihubelbad. Here our rally stage and the Passione Caracciola event ends for us and after lunch we travel back home. 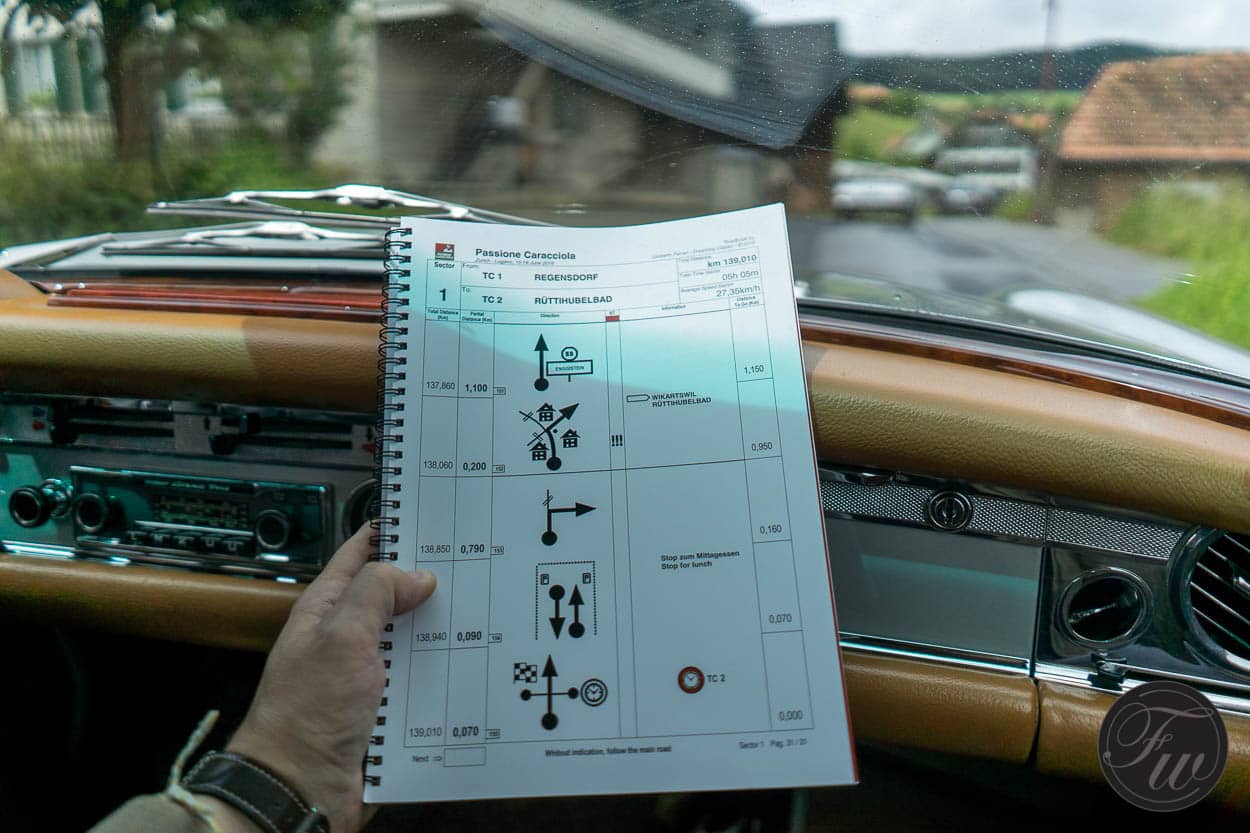 Last directions of the 139km first stage as co-pilot of Karl Wendlinger.

We enjoyed the event and would like to thank all that made it such a great experience, in special Mercedes-Benz Switzerland & IWC Schaffhausen for inviting us and their great hospitality.