I am not going to quote anything from the article, as I believe you should read the entire story over at WSJ. Other websites also covered the big find. The watch was actually in the hands of James Cox, he dated Paul Newman’s daughter Nell for many years and was gifted the watch by her father. Although they are not together anymore, they remain close friends. Cox will be offering it for auction on October 26th in New York at Phillips. This happens to be the first watch auction in that city for the well-known auction house and it could hardly open with a bigger bang. The story on WSJ is very interesting and gives a lot of background information, but it still leaves some questions unanswered. Let’s see how this amazing story will develop in the coming months.  I guess that Phillips will come with some more details on the watch prior to the actual auction. 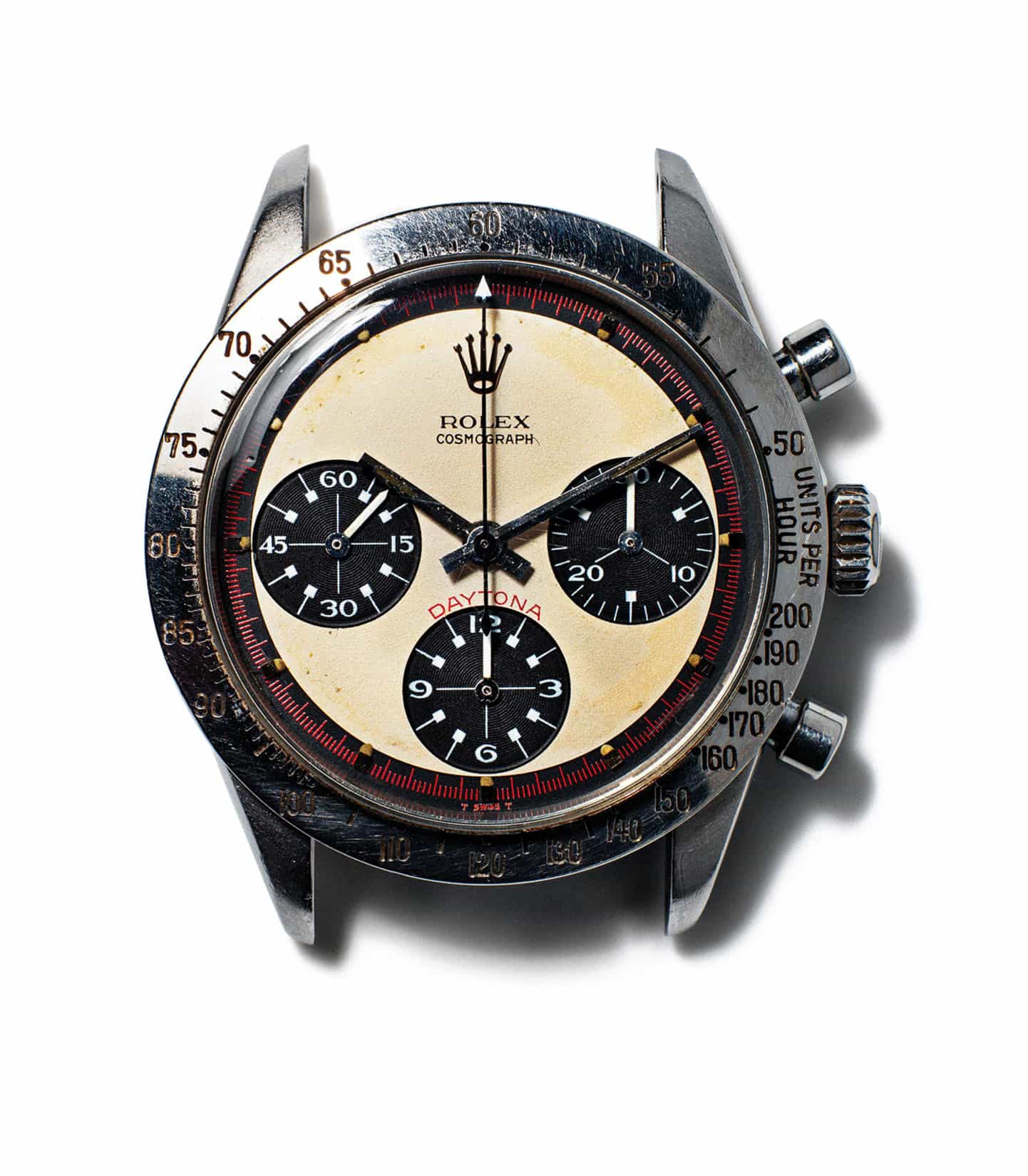 This article is mainly targeted at those who don’t know the history and the significance of Paul Newman’s Rolex Daytona. This Rolex Daytona, a reference 6239 with pump pushers and a so-called ‘Exotic’ dial as you can see. Paul Newman received this watch from his wife Joanne Woodward in the 1972, when the actor was about to start his racing career. It was engraved on the back with “Drive Carefully” and signed “Me”. It was actually a watch given out of love as we can see based on this engraving (Newman was wedded to Woodward until his passing). 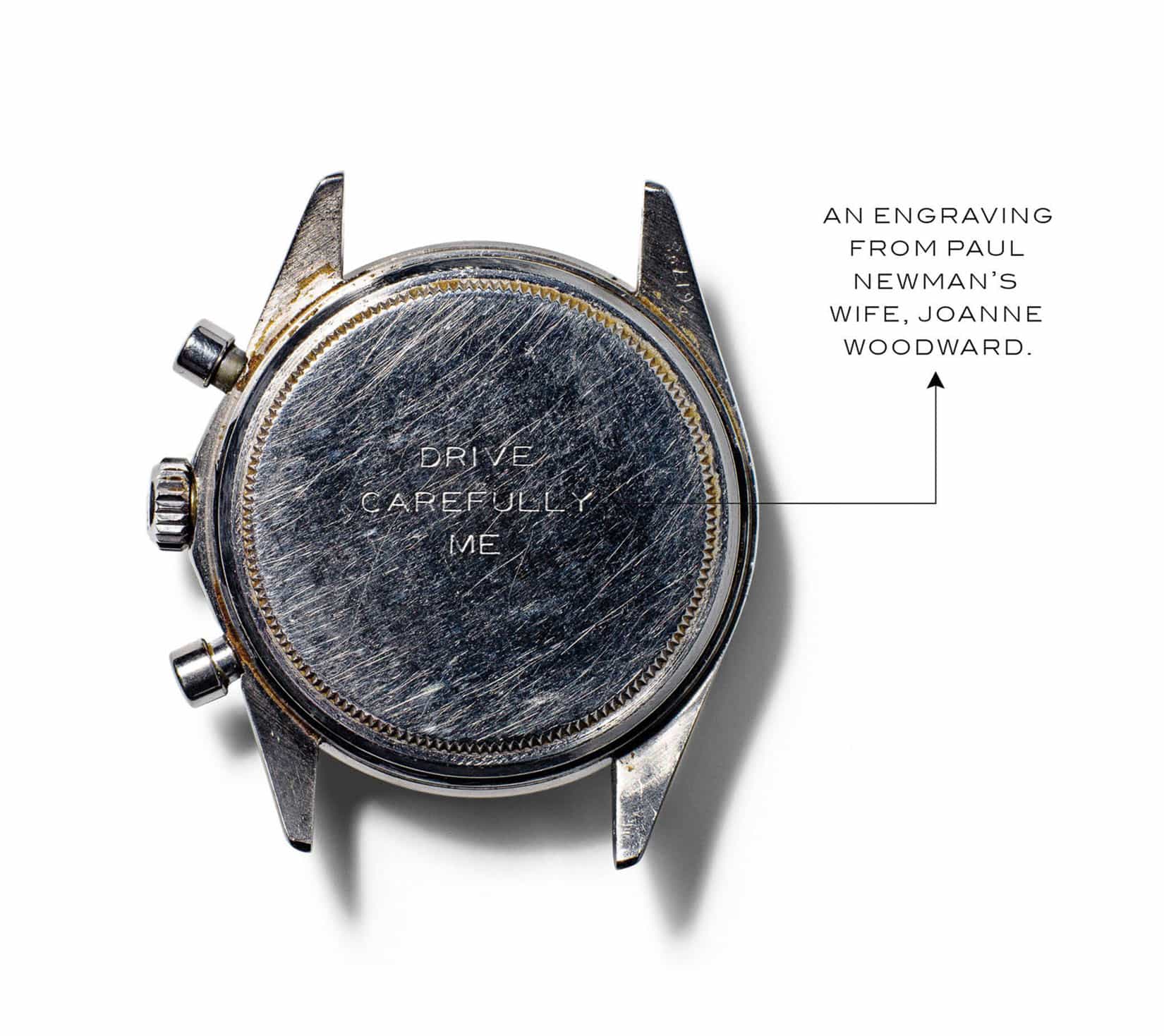 Fast-forward to the 1980s when Rolex Daytonas could be picked up for relatively low prices as could so many other mechanical watches at the time.  However, there were some who realized how special these watches were and this centered around a group of Italian collectors.  They saw the value of these watches and picked them up for a song in those days. The Rolex Daytona with the ‘Exotic’ dial was nicknamed “Paul Newman” by these Italian collectors when Paul Newman was featured on the cover of a magazine with his Rolex Daytona on the wrist. They loved giving these watches nicknames – just think ‘Freccione‘ for example. 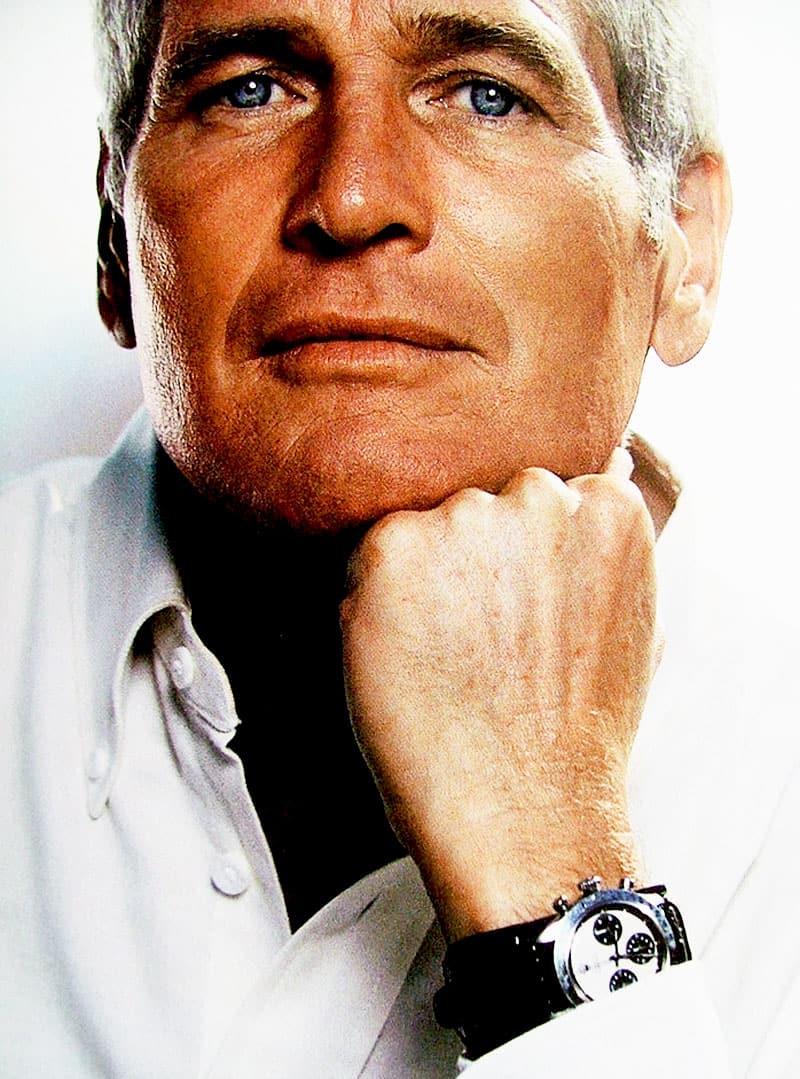 Ever since this time, the Rolex Daytona has become the most sought-after or desired chronograph. Now, the original “Paul Newman” Daytona has come to the surface and the watch world has erupted. Perhaps the only find that can rival or top this is if and when Buzz Aldrin’s Moon-worn Speedmaster surfaces.  However, we know that Rolex is the brand and, therefore, this “Paul Newman” is more important.

In this article on Revolution from last year, written by Wei Koh, where Eric Ku explains the Paul Newman Daytona in detail (many references are nicked Paul Newman, as it mainly refers to the dial) he tells us that the screw-down pushers models reference 6263 and 6265 are even more valuable than the original reference 6239 because they are rarer than the pump-pusher models. Let’s see if the sale of Paul Newman’s Rolex Daytona Paul Newman skews those statistics a bit as really high numbers (>10 mio dollars) have been mentioned already on social media and other websites. To me, that’s not really of importance though.  It’s more the fact that the Grail watch was actually located. This find speaks to the imagination of all (Rolex) watch collectors. Is this the Mona Lisa of watches?

The auction of this watch also results in some questions. Not about its proceedings, of which a part will go to the Nell Newman Foundation, but who will buy it. Will Rolex step-up and buy it? It’s actually used in their advertisements.

Again, make sure to read this article on WSJ by Michael Clerizo, who did an excellent job.