The SIHH 2014 started today and we had appointments with a number of brands already, including Piaget. We wrote about the new Piaget Altiplano 900P before (here), but didn’t see it in the flesh yet. The groups of people present during the presentations are quite big (> 30 persons), so there is little room to do some quiet photography work. In any case, we hereby show you some live pictures of this ultra-thin 38mm timepiece. 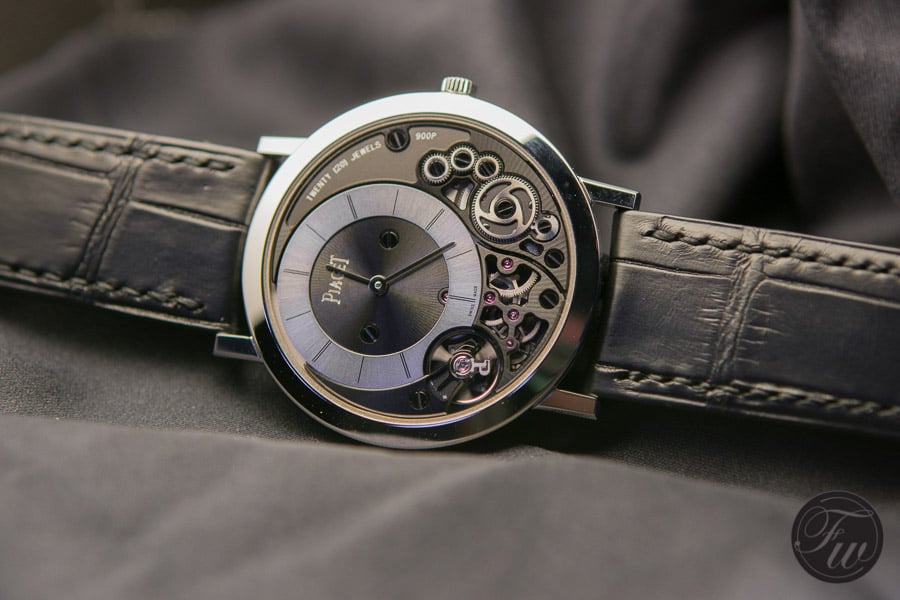 Piaget has a long history of creating and producing ultra-thin watches, it has become their signature actually. Their famous caliber 9P from 1957 only measured 2mm (manual winding). Their calibre 12P from 1960 only measured 2,3mm, for a self-winding watch. From the 35 mechanical movements that Piaget developed, 23 are considered to be ultra-thin and 12 of them are record keepers. 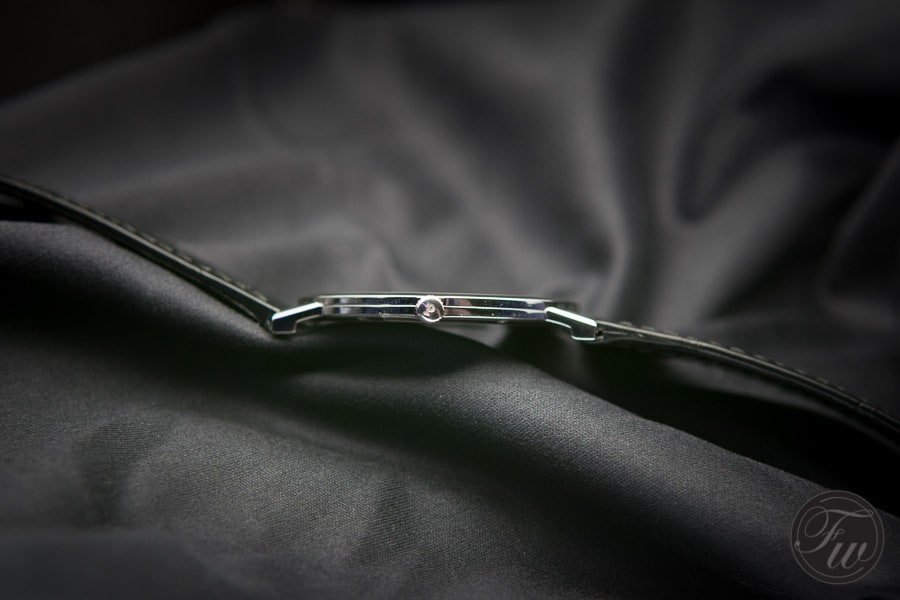 Basically, what the clever watch makers from Piaget in La Côte-aux-Fées came up with, is to embed the main plate into the caseback of the watch. This means that certain bridges and main plate work is part of the case back of the Altiplano 900P. This already takes out a ‘slice’ from this timepiece. Another clever idea was to reposition the dial (off center) and use the remaining space for some of the gear trains and the balance. Piaget also placed the hands underneath the bridges, thereby freeing up space between the cannon-pinion and the crystal. When the latter is deformed by the effects of pressure, it presses not on the hands – placed below the bridge level – but instead on the wheel-train bridge, thus avoiding any consequences on the rate of the movement.

A technical 3D overview of this construction looks like this: 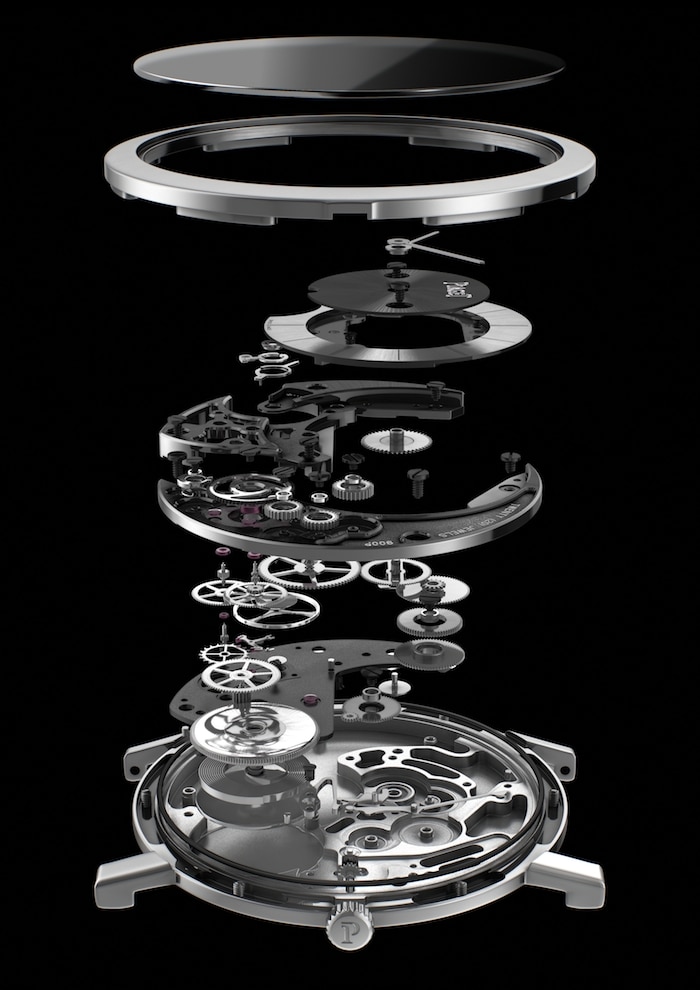 Piaget introduced three versions of this watch today, two in white gold and one in pink gold. One of the white gold versions has been set with 78 brilliant cut diamonds. However, this did not influence the thickness of the watch. These three 900P versions are all 3.65mm thick, including case and crystal. The Piaget 900P consists of 145 components and comes on an alligator strap and gold pin buckle.

According to Piaget, it took them 3 years to develop this Altiplano 900P timepiece with its interesting and genius construction of the dial + hands, lack of a separate main plate and the repositioning of the gear train and escapement.

There will also be a 900P High Jewellery edition of this watch, set with 71 baguettes (total of 4.7 carat). This particular model measures only 5.65mm in height. Even though it is thicker than the other 3 Piaget Altiplano 900P models, it remains world’s thinnest High Jewellery timepiece.

Hot Topics
Everyone Needs At Least One Of These Iconic Dress Watches In Their Collection — Top Picks From Cartier, Rolex, Grand Seiko, And More
115 comments
The Omega × Swatch Speedmaster MoonSwatch Six Months On — Is The Hype Still Alive?
85 comments
Introducing: The New Omega Speedmaster X-33 Marstimer
80 comments
Not Every Watch Enthusiast Needs To Own A Rolex
70 comments
The Best Of The Bunch — Meet The New Omega Speedmaster ’57 In Blue
64 comments
Popular
Rolex Submariner – Historical Overview Of A Diving Legend
Robert-Jan Broer
22
The Omega Seamaster Diver 300M Returns – On The Wrist Of Daniel Craig
Paul Dezentjé
16
An Overview: The Tissot Chemin des Tourelles Watches
Fratello