Piaget already introduced this Emperador Coussin XL 700P to the market in December, but now we finally got to see it at the SIHH in Geneva.

40 years ago, in 1976, Piaget introduced their first in-house developed quartz movement, the ultra-thin caliber 7P. Not entirely quartz, but using a quartz oscillating at 32768 Hertz to control the speed of the generator that rotates at 5.33 turns per second is their new caliber 700P movement for the Emperador Coussin XL 700P. 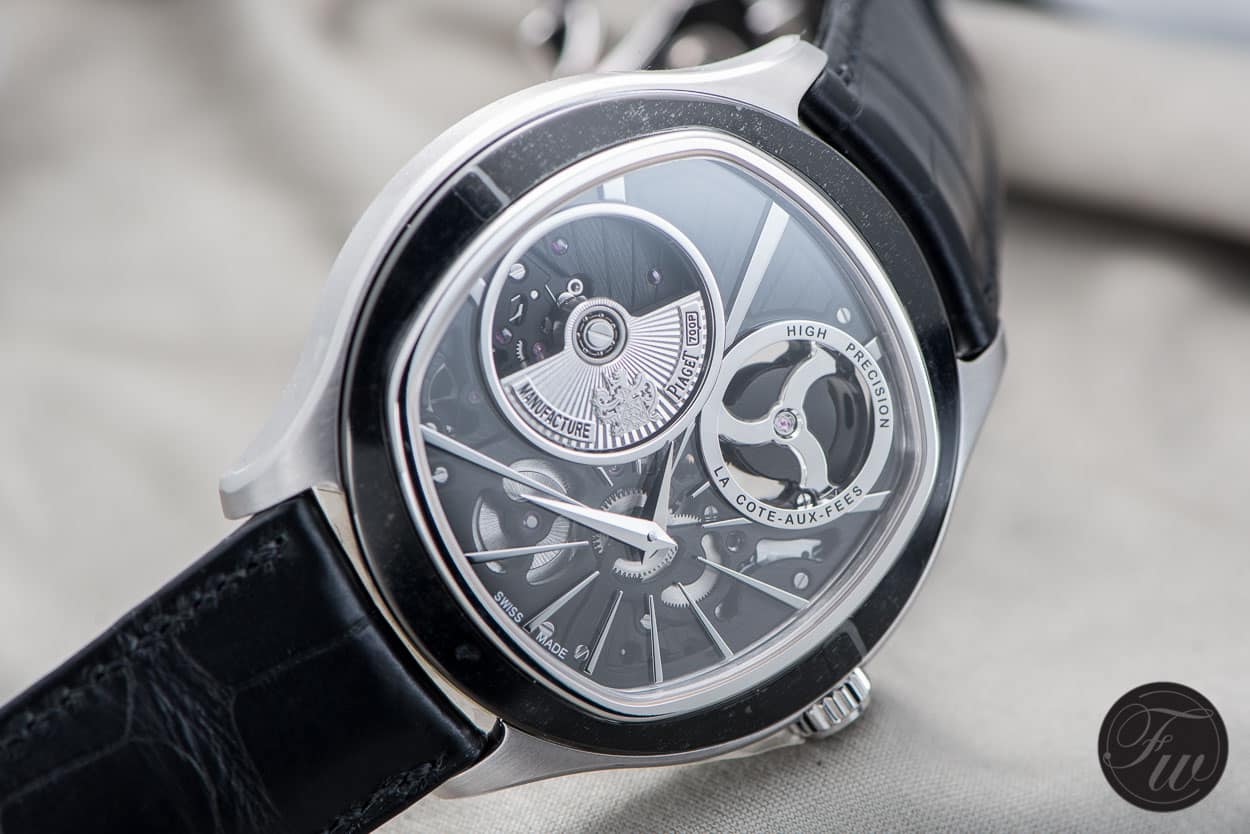 You could say that it is using technology similar to Seiko’s Spring Drive. When I asked Piaget about it, they explained that it was constructed in a different way. Where Seiko’s starting point to develop the Spring Drive was actually a quartz movement and start replacing parts of the quartz movement with mechanical parts, Piaget started using a mechanical watch and implemented quartz technology where they deemed necessary. I am not sure whether this is an official explanation from Piaget, but in the end the result – in my opinion – is the same. Technology wise of course, as the movement has a different construction and design, as well as the use of a beautiful micro-rotor in the Piaget. 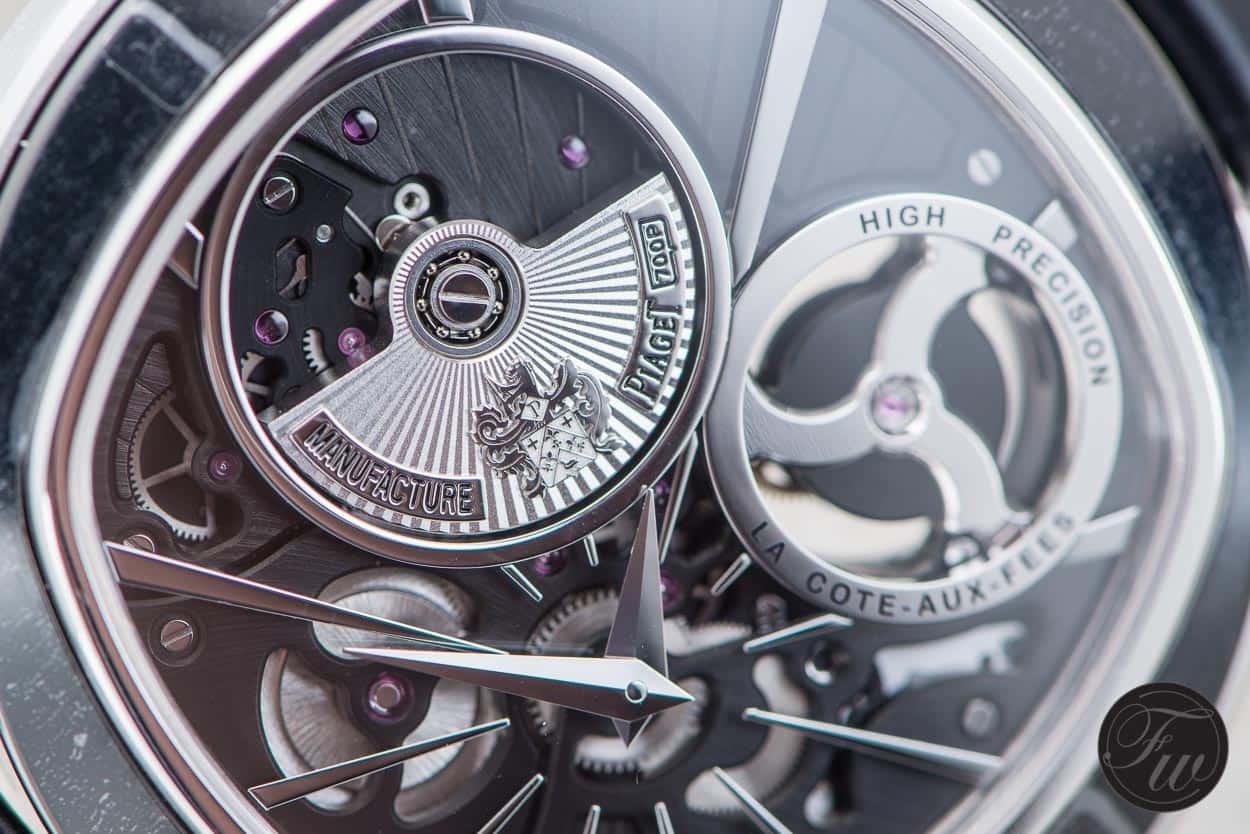 As I want to prevent going to deeply into the Spring Drive / 700P comparison, or who was first with this technology (there were some debates about this on the interwebs), let’s zoom in on this beautiful designed Piaget Emperador Coussin XL 700P.

The cushion-shaped case has a diameter of 46.5mm, but due to its shape, it is very wearable on the wrist. The case is made of 18 ct white gold and has a black ADLC bezel. The case back is basically solid white gold but has two apertures with sapphire crystals showing the power reserve indicator (42 hours) and the generator (that turns 5.33 times per second). 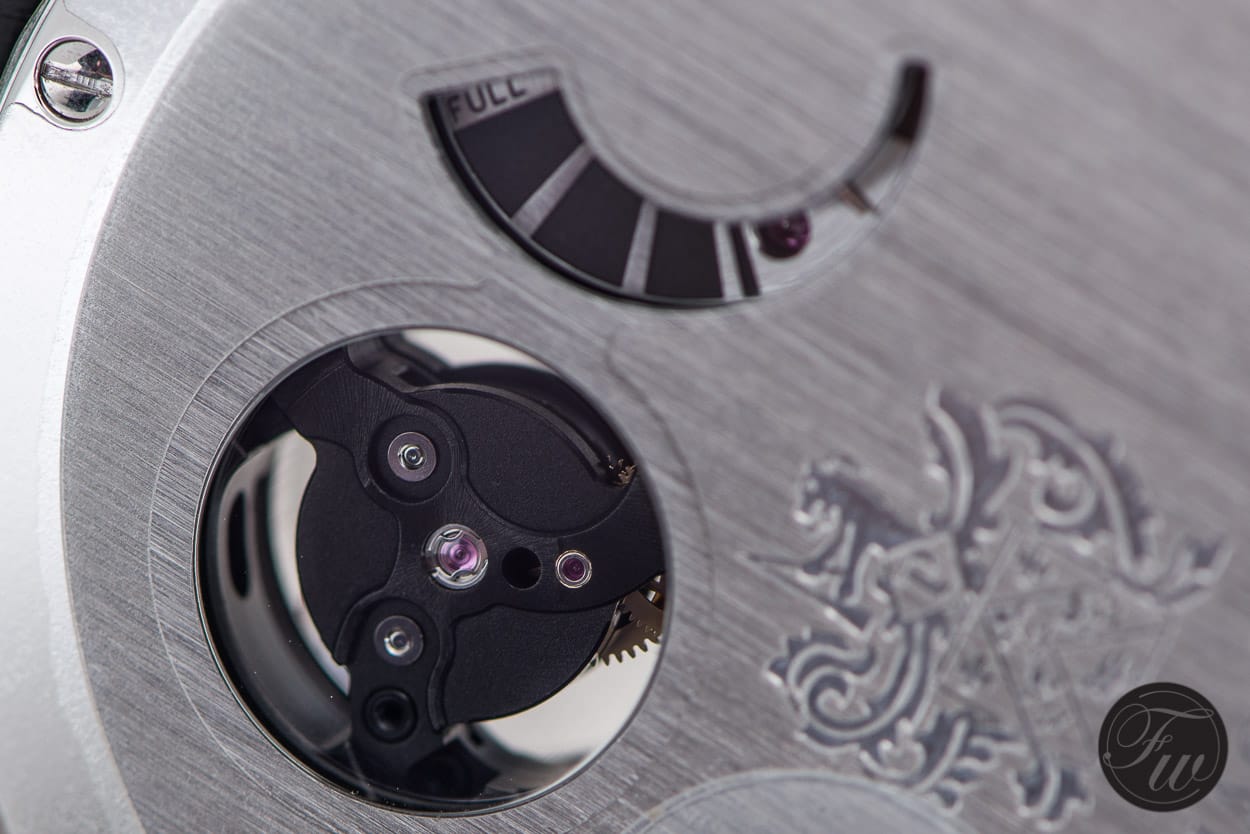 The caliber 700P movement consists of 298 parts and is treated with a Côte de Genève finish and a circular-grained mainplate, bevelled bridges and a beautifully engraved micro-rotor with the Piaget coat-of-arms. 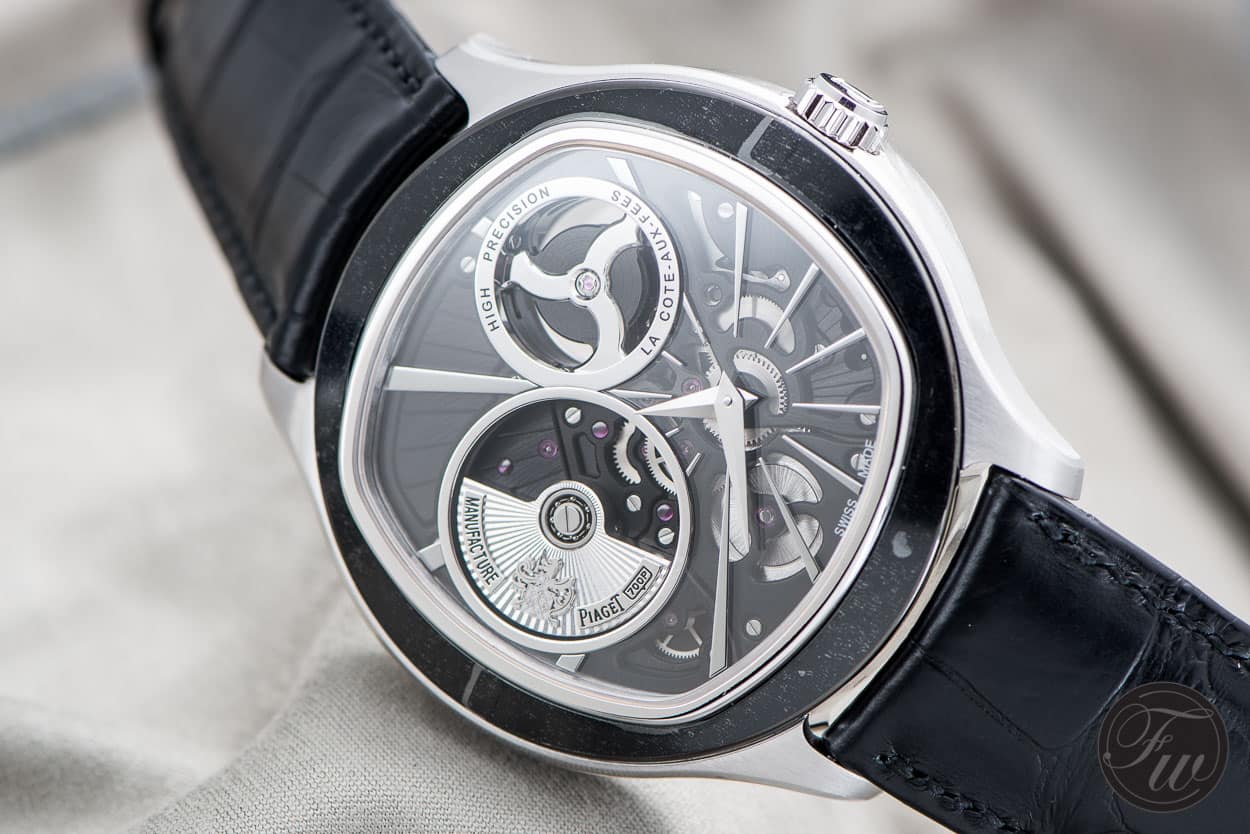 Personally, I am a firm believer of adopting new technology to mechanical watches. The 700P or Spring Drive technology is absolutely an interesting development and brings together the best of both worlds. With a couple of exceptions, a mechanical movement is always more interesting to me than a quartz movement. However, a mechanical movement with the accuracy of quartz by replacing the traditional escapement with a bit of modern quartz technology (without using a battery) is an interesting step forwards. Seiko has been using this technology not only for their Grand Seiko collection for example, but also for their complicated Credor watches featuring a decimal minute repeater and sonnerie. I would be eager to learn if Piaget wants to develop this movement further and use it in different new watches over the coming years.