In our Pre-Owned Spotlight series, we will bring some of the watches that crossed our path during the week to your attention. This is not sponsored in any way but purely based on what our editors come across and find interesting for whatever reason. This week, we shine the Pre-Owned Spotlight on a Cartier Santos, an Omega Seamaster 300, and a Rolex Oysterquartz Datejust.

One watch from my collection that I regret selling is a Rolex Oysterquartz Datejust 17013. It stayed in the family and found a good home, but it’s a watch that truly enjoyed wearing. One of my favorite Oysterquartz models is the ref. 17014 in steel and white gold. It’s the watch I’ve included in this week’s pre-owned selection. Another find is an Omega Seamaster 300, the model that was part of the Trilogy collection in 2017. I think the attention that this watch got was short-lived, but it’s still a very interesting all-rounder. But the one I will start with is a darling for many of you, the Cartier Santos. 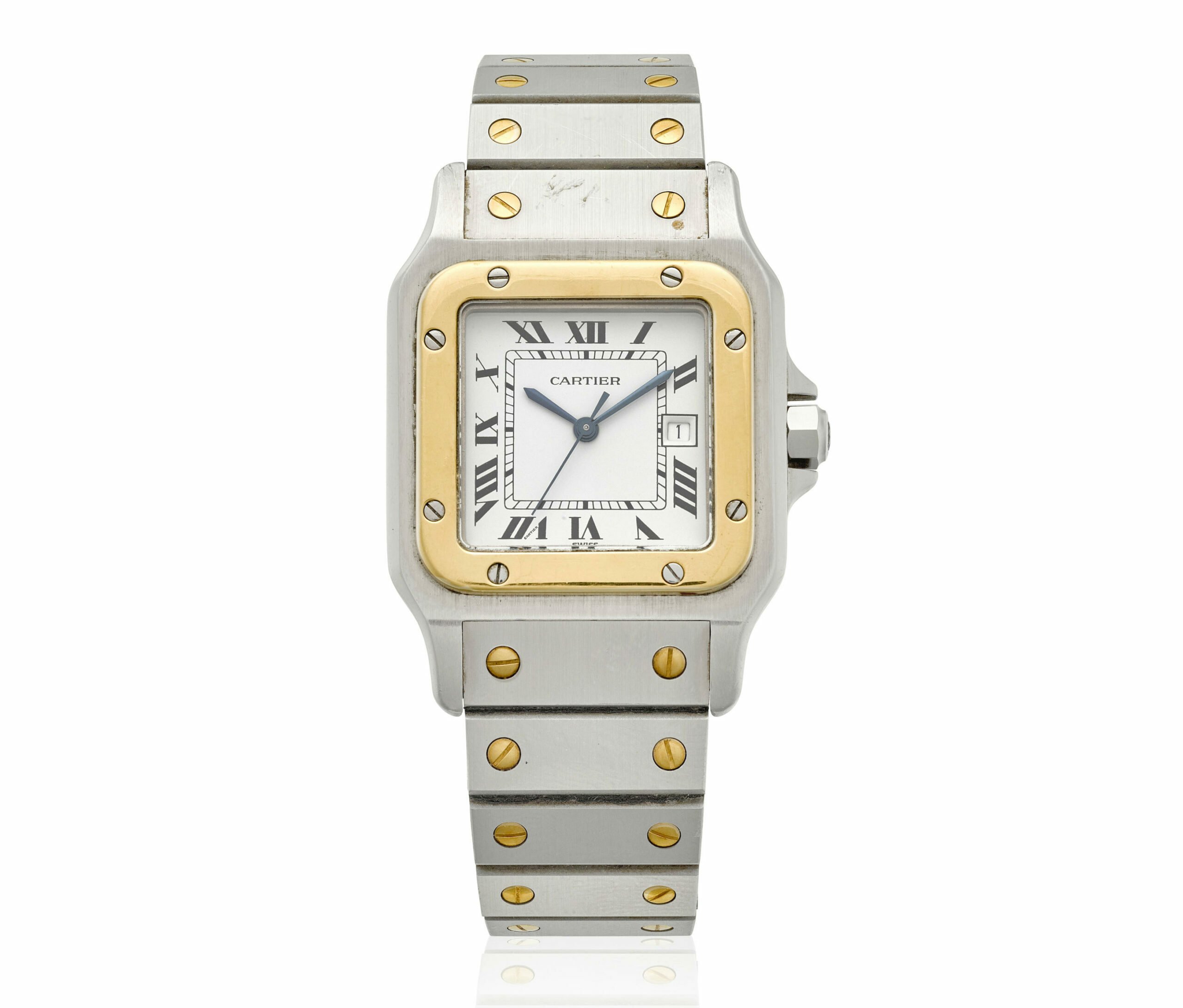 It’s amazing how little information Bonhams is giving on this watch in comparison to other auction houses. The listing even lacks a reference number for this example, which happens to be 2961. It measures 29mm in width and 41mm from lug to lug. Inside is a Cartier caliber 077, based on ETA’s caliber 2671. Bonhams estimates it to sell for between $3,000 and $5,000, which seems spot-on. Remember that you have to pay a premium to the auction house. You can find this lot (nr.54) via this link. 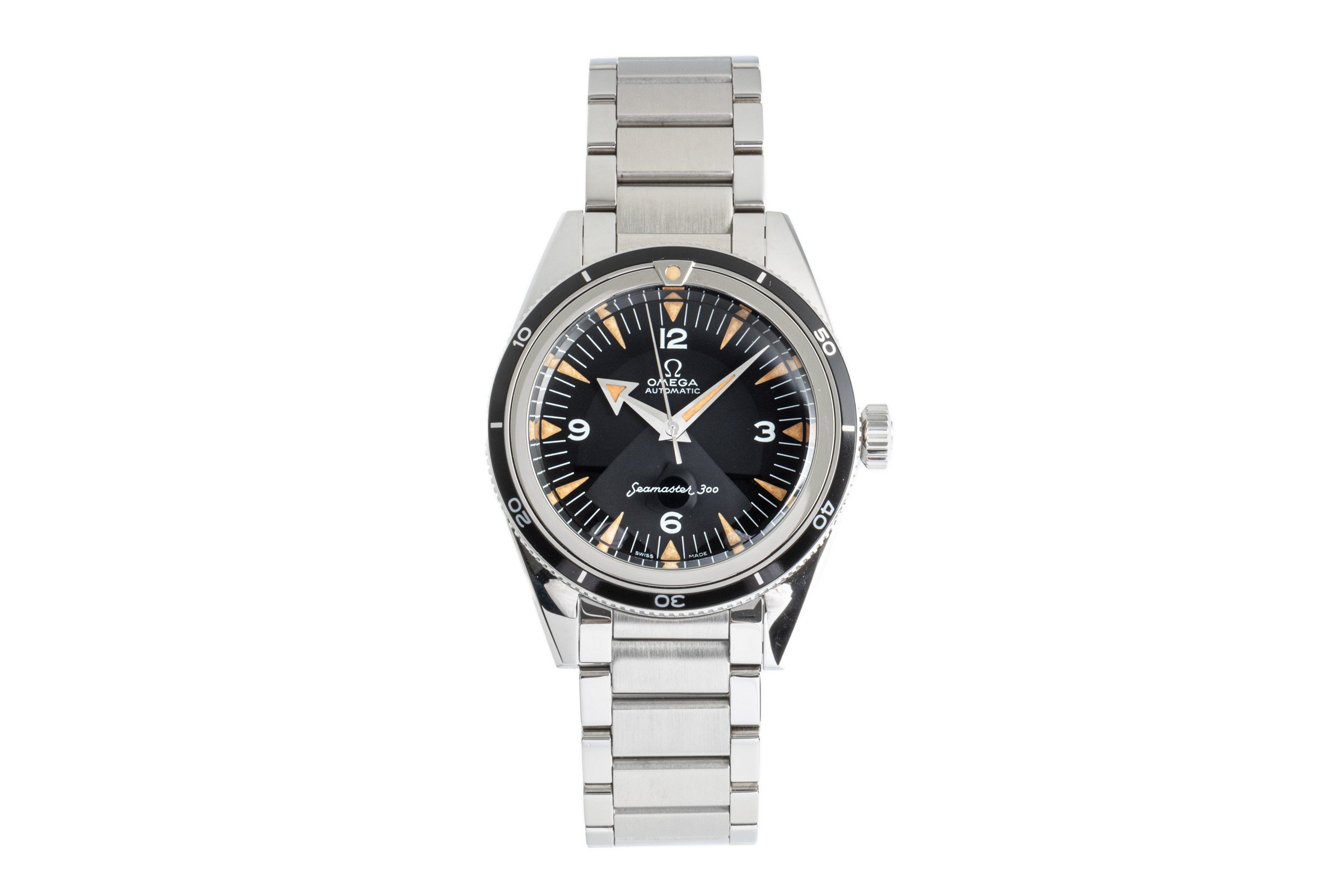 Omega introduced three watches for “professional use” back in 1957 — the Railmaster, Speedmaster, and Seamaster 300. The Seamaster collection debuted in 1948 and was the first “family” within the Omega catalog. The Constellation came next in 1952, and the Speedmaster followed suit in 1957. However, the Seamaster 300 was the first proper dive watch in the then-nine-year-old Seamaster collection. In 2017, Omega released a box set of three re-editions of these watches called the “1957 Trilogy”, limited to 357 pieces worldwide (we reviewed the Seamaster 300 here). In addition, Omega produced 3,557 pieces of each watch separately.

The good thing about those separate watches was that they didn’t have “Trilogy” and the unique number printed on the dial. The same is true of the example above, which is for sale through the German dealer ZeitAuktion. When these watches came out five years ago, I bought the Speedmaster ’57 because I collect them. That said, for many people, the Seamaster 300 is perhaps the perfect daily watch from the bunch. It has a sapphire crystal and a Master Chronometer caliber 8806. This 39mm Seamaster 300 reference 234.10.39.20.01.001 comes with the original box and paperwork and has a €6,850 price tag. You can find the listing here. 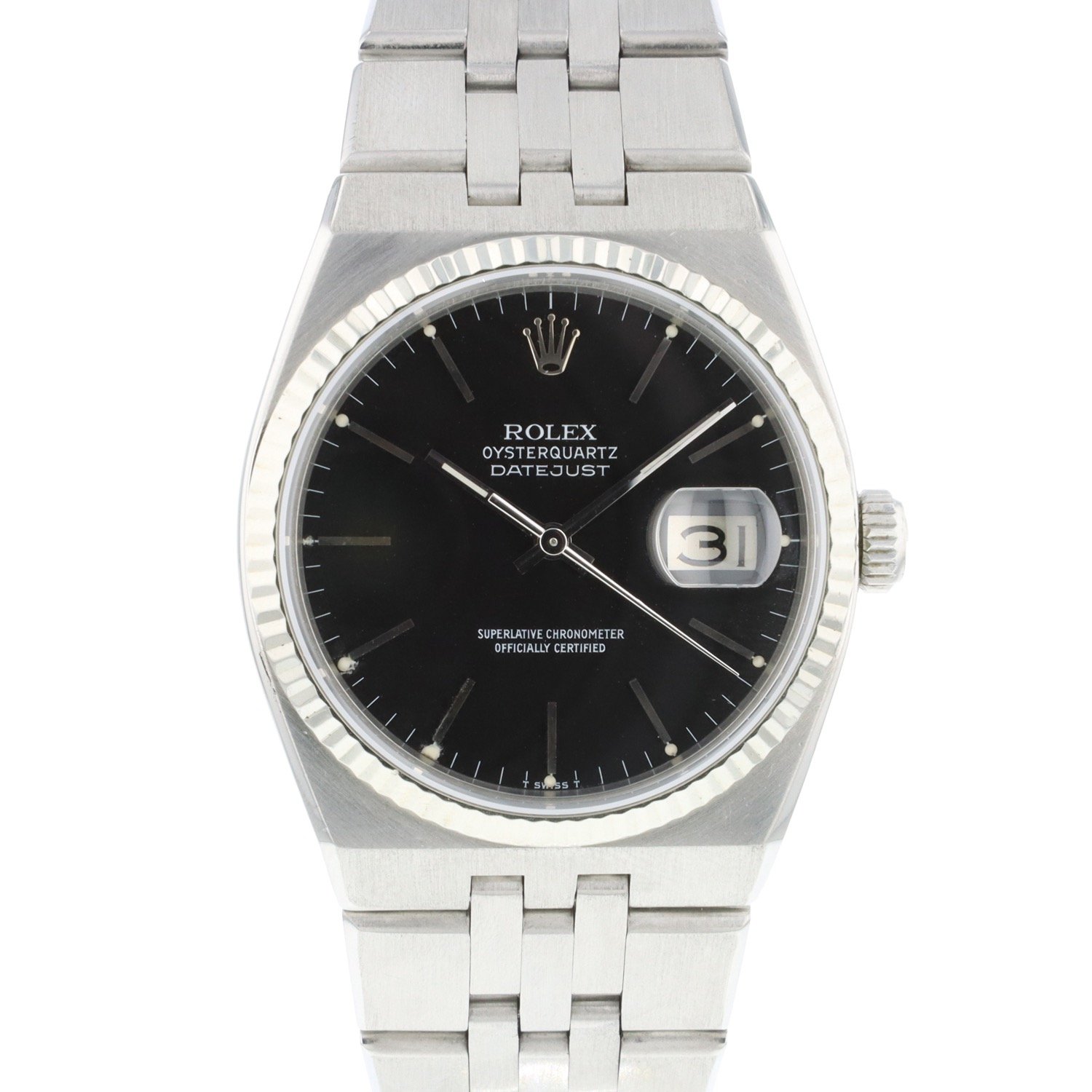 Rolex introduced the Oysterquartz in 1977 as a spin-off of the regular Datejust (16000 series) and a successor of sorts to the Beta-21-powered quartz ref. 5100. There were three flavors — one in all steel (ref. 17000), one in steel and yellow gold (ref. 17013), and the one I’m highlighting here in steel and white gold (ref. 17014). The first models only had one line on the dial stating “Oysterquartz” at 6 o’clock and “Rolex Datejust” at 12 o’clock. The watch above is from 1979. And as you can see, the wording had changed to “Rolex Oysterquartz Datejust” at 12 o’clock, and the famous “Superlative Chronometer Officially Certified” wording was printed at 6 o’clock.

Rolex discontinued the Oysterquartz in 2003, marking the end of the line for the brand’s quartz movements. Unfortunately, it was also the last time that Rolex used this case (it was also used for the Rolex Oyster Perpetual Date ref. 1530 in the mid-1970s). These watches used to be fairly affordable, but they’ve gone up in recent years (like almost every other Rolex model). It’s still an amazing watch, though, and the quartz movement with its incredibly loud tick is not your average cheap plastic quartz caliber. This particular 1979 Rolex Oysterquartz Datejust 17014 is being offered at Juwelier Burger for €7,750.

Which is your favorite of the bunch, and what pre-owned watches have popped onto your radar recently? Let us know in the comments.