Dutch-Swedish brand Maen is ready for taking orders with their Hudson 38mm automatic divers watch. Both the brand name and the name of the watch derive from their fascination with New York City. Captain Henry Hudson and his ship, the Halve Maen (meaning Half Moon) sailed to the East-coast of the United States in 1609 and play a big role in the discovery of New York (then: New-Amsterdam). Inspired by this, the founders of Maen decided to come up with a divers watch. A watch that is undeniably inspired by vintage diving watches.

Gerard reviewed the Maen Hudson 38mm last February already when we received a prototype of the watch that will be delivered to customers in September 2018. As Gerard put it at the time: “Aesthetically to me, nothing seems wrong. The Hudson 38 Automatic is an attractive watch right away. A stainless steel sports casing, shaped in a way most of us are used to. A black high-contrast dial and ditto hands, not lacking luminous material. A narrow uni-directional rotating divers bezel with a triangular indicator. And last but not least important, some nice red details here and there to spice things up.“ 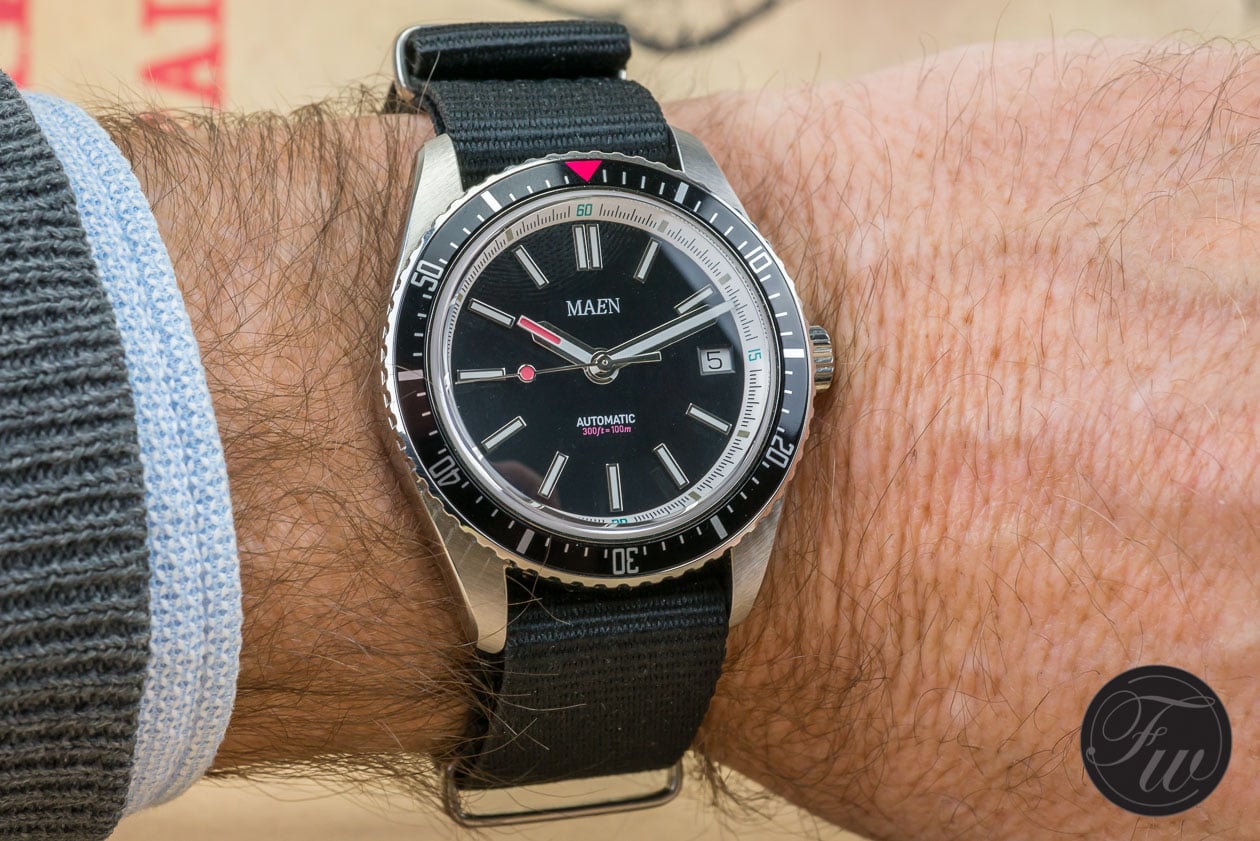 The Maen Hudson 38 Automatic on the wrist

His review, with both the pros and cons of this watch (also make sure to read the comments section) can be found here. It seems that the only thing that has changed since is that Maen decided to use the ETA calibre 2824-2 standard movement instead of the TOP-grade calibre 2824-2 movement. This does not really affect the tone and opinion of the review though.

Early birds who want to own a Maen watch go here. Maen also added a white dial version of the Hudson 38mm Automatic.

Update: The movement will be an Elaboré grade movement after all. Good decision.