The Rolex watch everyone has been waiting for is there, partly that is. This means that there is a Pepsi bezel for the new style GMT-Master II, it also means that Rolex decided to use it on a 18 carat white gold watch first. We sat down with Rolex in Baselworld and had a look at the new models and would like to start with this Rolex GMT-Master II 116719BLRO first. 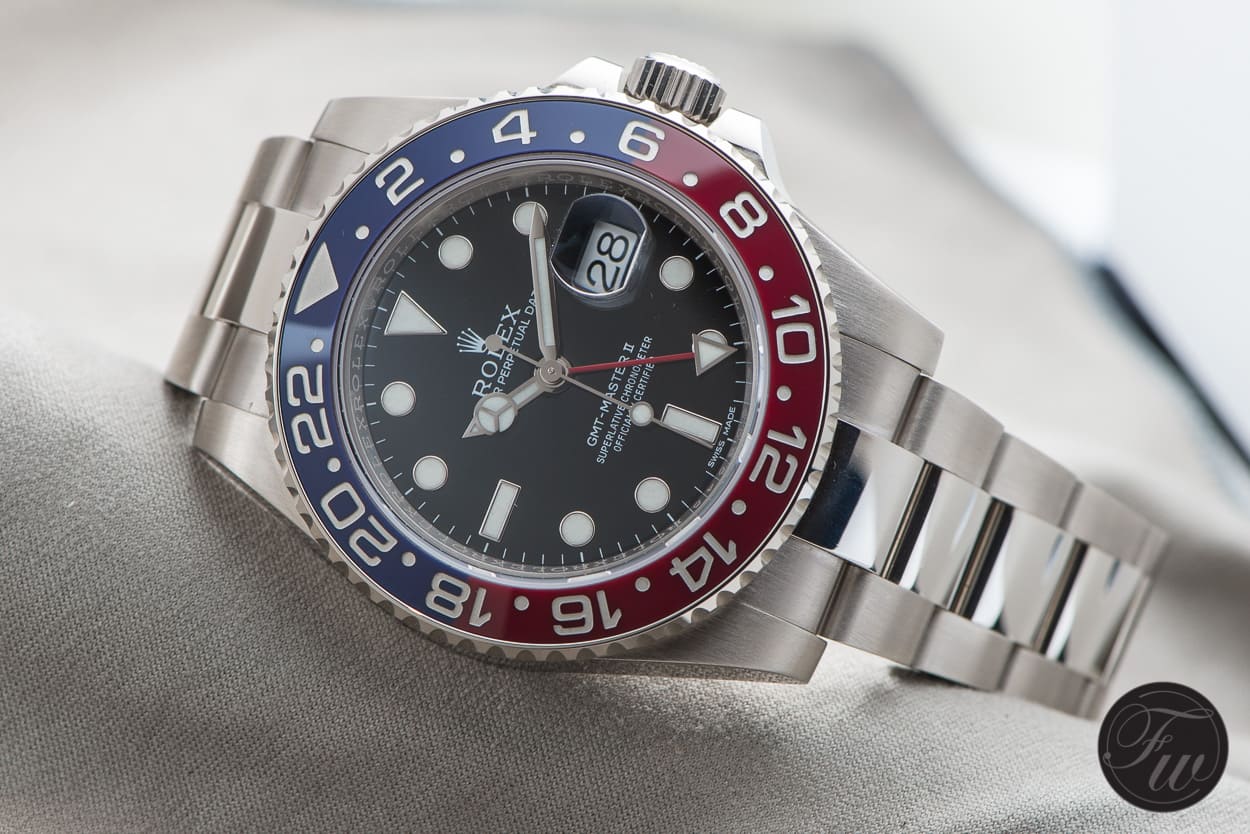 As you know we have a weak spot for the GMT-Master watches and covered them many times. An overview from the very first mid-1950s Rolex GMT-Master models to the latest models with Cerachrom bezel can be found here. After Rolex introduced the GMT-Master II 116710LN (Lunette Noir) in 2005 and last year the 116710BLNR (Bleu Noir), we could only hope for the best that there would be a 116710BLRO (Blue Rouge). Being Rolex and being in charge of things, they decided to come with a – let’s say – luxury sports watch edition first, in 18 carat white gold.

The GMT-Master II 116719 has – like the 116710 and basically most of its predecessors – a 40mm diameter. It appears to be larger than that, due to the thicker lugs and crown protector. However, in the end the case remains 40mm and wearable for just anyone. A smart move on its own.

Inside, it uses the Rolex in-house developed and manufactured caliber 3186 movement. This movement enables an easy-to-use second timezone by setting the 24-hour hand independently from the normal hour hand. This has always been the case with the Rolex GMT-Master II though (not with the GMT-Master, which had a 24 hour hand that needed the bezel to indicate a second time zone), nothing new here.

The most interesting aspect of the GMT-Master II Pepsi in white gold is actually the Pepsi bezel. The red and blue Cerachrom insert for its bidirectional bezel is the big buzz. Its manufacturing process has actually (or perhaps ‘of course’) been patented by Rolex, which is simply said a process of creating a red ceramic bezel inlay and then modifying half of the insert to a blue color. This is being performed by converting each grain of the bezel insert from red to blue by changing the chemical composition of it. The 24 hour scale is being engraved in the ceramic and then coated with platinum via a PVD process.

As you can see in the photo below, the new GMT-Master II ref. 116719 on the left and a 1977 GMT-Master ref. 1675, the Pepsi colors are a bit different. The blue in the new Pepsi bezel in cerachrom has a bit of a purple glare in our opinion. Not disturbing by any means, but it is quite different from the aluminium bezel inlay in the pre-11671x models. It is also a bit different from the 116710BLNR blue as introduced in 2013. 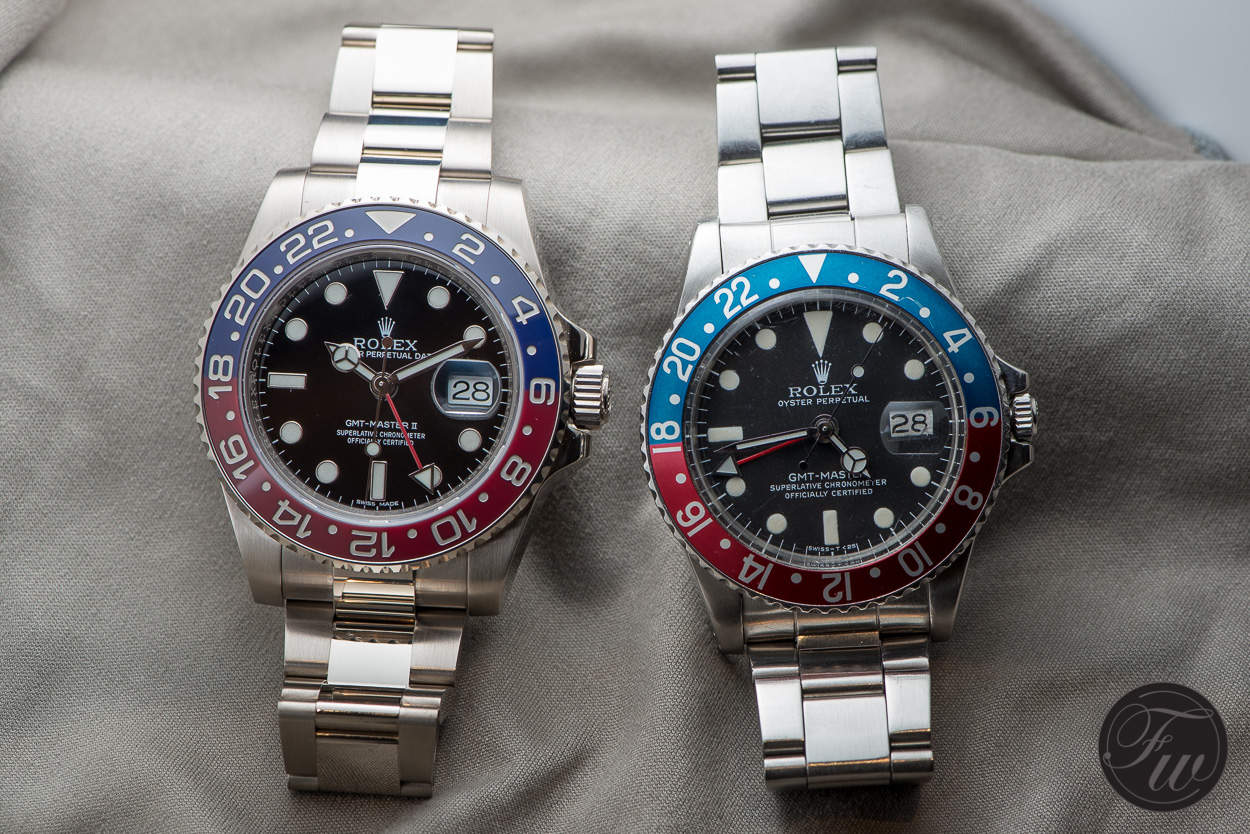