Rolex Myth Busting #4: The Automatic Watch Was Invented By Rolex

A tale of refinement, not creation
Thor Svaboe
comments 10
Share

Yes, I confess, I believed that the Rolex Oyster was The Origin of many a wrist-worn invention and that the automatic watch was invented by Rolex. Surely the first rotor that spun under a case back had a crown on it? Well, this is all about busting myths, so you already know what’s coming, Sonny! Rolex didn’t invent it, but perhaps the hypnotic spin of winding rotors would merely be a side note in history without Wilsdorf’s crown. You might question my sanity when I compare the history of automatic movements to the history of the electric car, but be patient as there is a good reason for it.

What is true is that Rolex deserves plenty of credit for refining the now well-known self-winding wonder of a rotor-equipped caliber. Perpetual it ain’t, but what a brilliant name. For the PR and marketing departments of Rolex, having this nomenclature in their deck of cards is a goldmine. I mean, who doesn’t want their mechanical watch to last forever, talk about a free gold star. But as smooth as an Oyster Perpetual rotor spins if Rolex didn’t come up with the first version, who did? 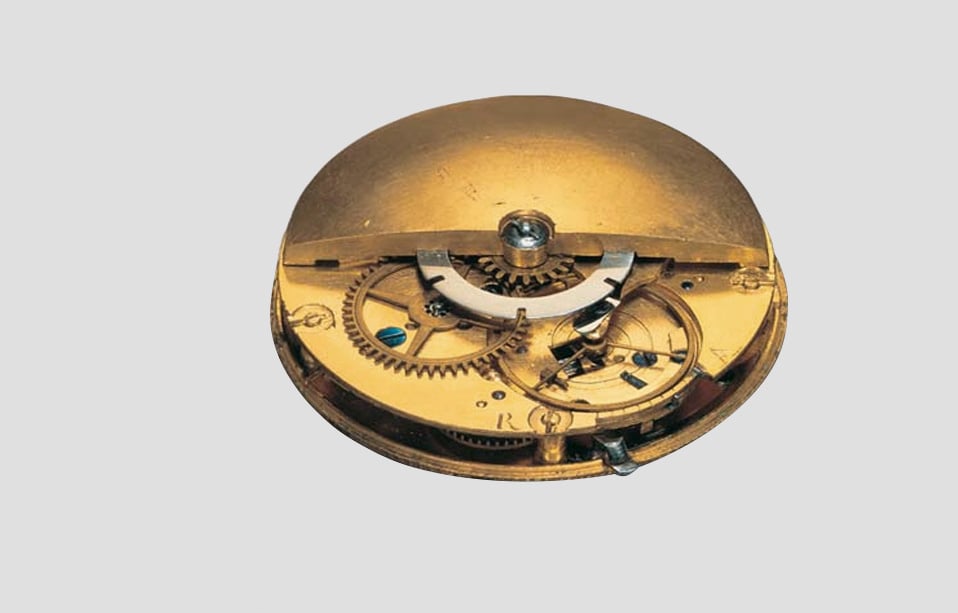 In fact, have Automatic watches actually existed for centuries? Well, since the 1770s, though not as we know them today. The first automatic watch movements are believed to have been invented when Swiss watchmaker Abraham-Louis Perrelet tried his hand at a mechanical movement that transferred movement into energy and for up to eight hours a day. But not until French inventor, Hubert Sarton created another automatic watch movement design in 1778 did this kind of timepiece become known, though still very much a niche design. Sarton was the toast of Paris while claiming Perrelet to be inspired by his automatic designs for pocket watch movements. 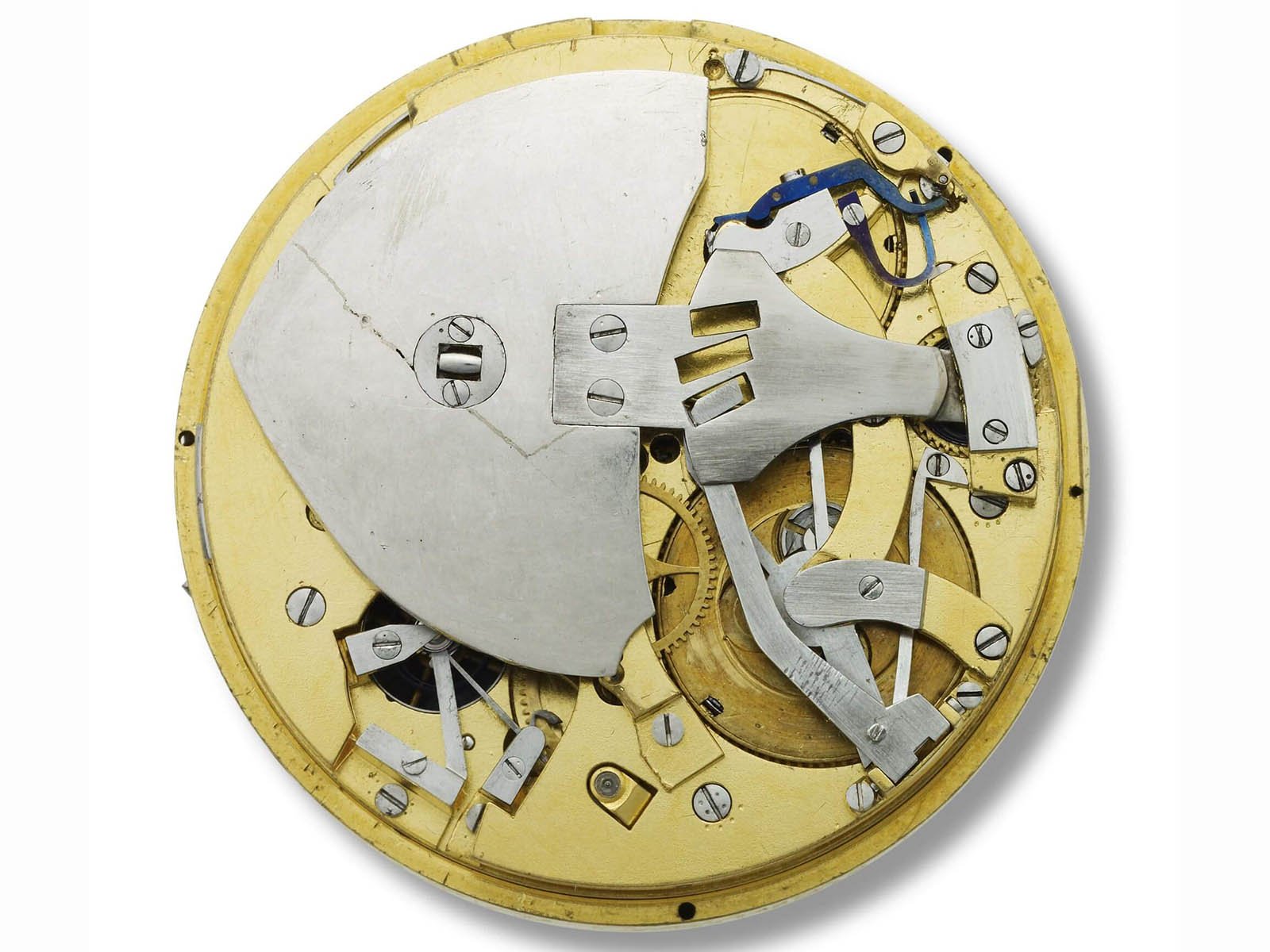 Monsieur and Madame of the general public did not start wearing the first automatic watches until around 1780. Still pocket-bound and made by Perrelet’s namesake, the famed Abraham-Louis Breguet. Breguet bought the designs and patents of Abraham-Louis Perrelet and made his own improvements. Unfortunately, the calibers were not considered reliable, and European consumers stopped purchasing the watches after a decade. Press pause. Continuity is not always the mother of invention, and it would take several decades for the general public to regain faith. It wasn’t until WWI that advances in technology and watch manufacturing revived and refined the automatic watch movement. 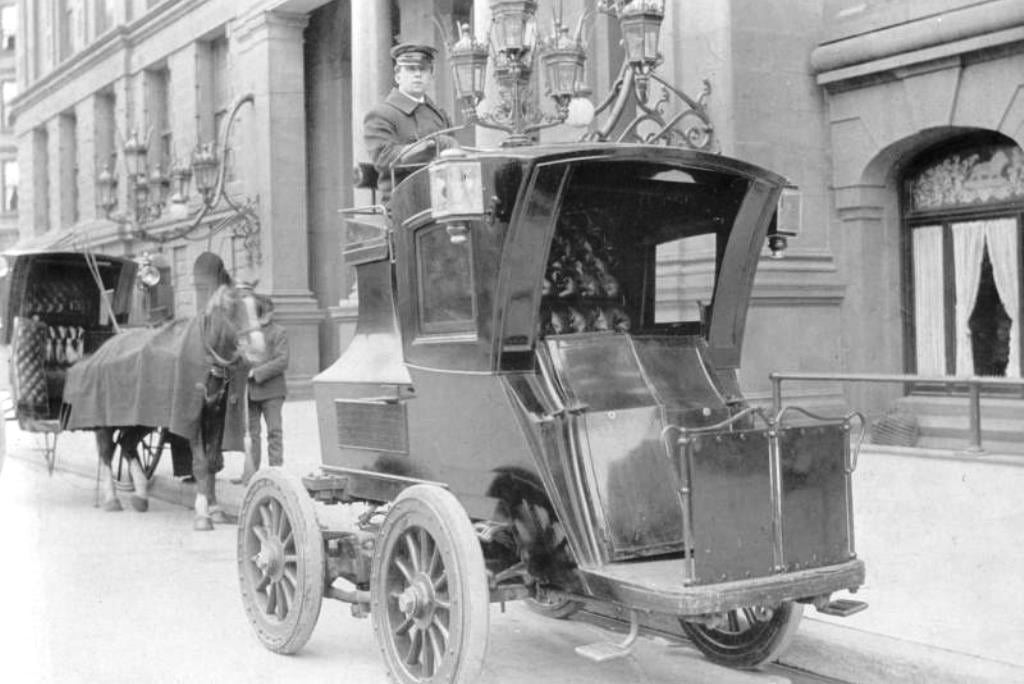 Even brilliant inventions might have a massive hole in their timeline, but electric cars? They started appearing about twenty years ago, didn’t they? The first speeding ticket in the USA was issued to the driver of an electric taxicab. Believe it or not, but this was in1899. There was stiff competition between petrol and electricity, and The Electric Car Company prospered. There were almost 1,000 electric taxicabs in New York, and at one point 90% of taxicabs in NYC were battery powered. In 1907, a fire broke out destroying approximately 300 of these. Alas the company was unable to survive this when added to the effects of the 1907 financial crisis. The banking system collapsed, and electric taxis vanished from the streets. While horses returned for a short while internal combustion vehicles seized control. A lateral aside, which proves that not all modern inventions have an unbroken timeline. 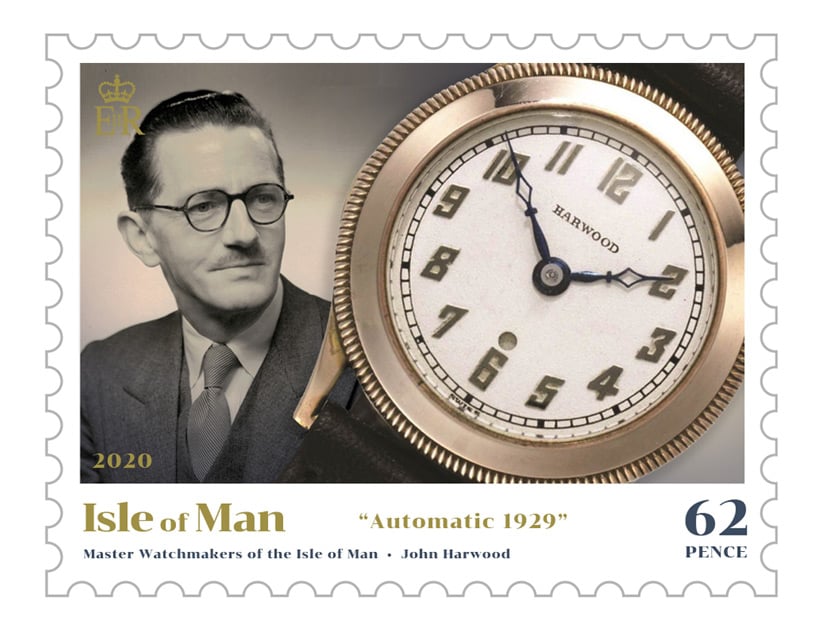 Our idea of an automatic wristwatch appeared in 1924

The invention appeared more than 50 years before, but self-winding movements from the Breguet era to Wilsdorf’s wristwatches were vastly different. Perhaps closer than an 1899 electric taxicab to the BMW i3, but nonetheless. Fast forward to 1924 and John Harwood. He developed a rotor-based mechanism winding the mainspring. The Harwood Perpetual had its debut at the Basel Fair, now defunct but set to reappear in 2022. The Harwood automatic caliber relied on pawls and a pivoted oscillating weight that moved through an arc of 270° hitting buffer springs on both sides (a.k.a a hammer automatic). Harwood’s early mechanisms were installed in Fortis watches enjoying a brief period of prosperity. Rolex bought the idea, making it infinitely better for their similarly named Oyster Perpetual, covered in Brandon’s article series here., and a milestone placed on the world’s horological timeline. 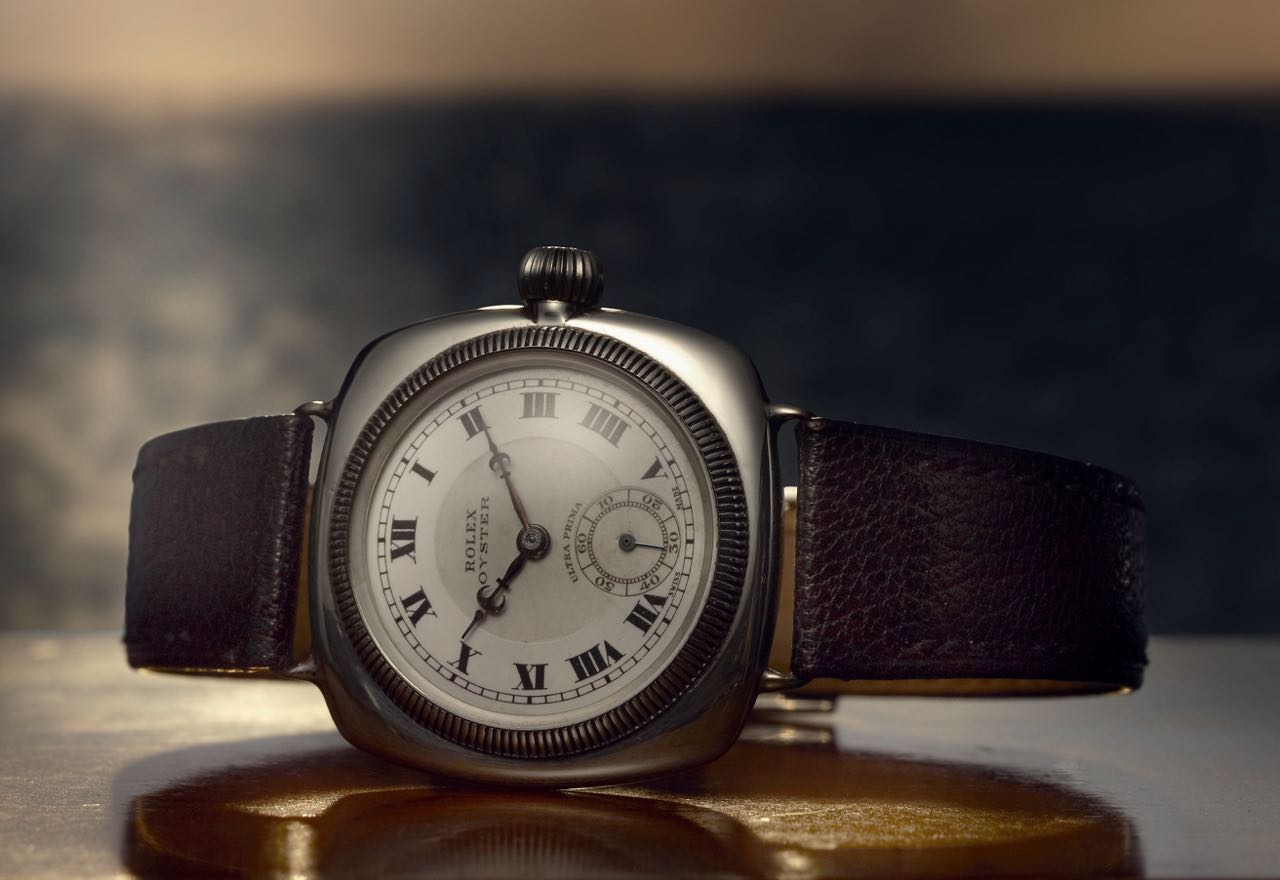 While Harwood’s winding weight only traveled 300 degrees, the Rolex automatic winding mass would spin the whole 360,  greatly improving the winding process, laying the foundations for the mechanisms we rely upon today. What do you think? If it wasn’t for Rolex SA, would we have rotors or even automatic movements? Sometimes solid gold, skeletonized and splendiferous, their magical ability to generate power is still fascinating. In 2021 they even manage to appeal to the ever-present focus on sustainability as part of a self/generating power source. But without Wilsdorf, self-winding watches might have remained a niche product or a novelty. Remember those transistor radios with a magneto-powering swivel handle?