The Rolex Submariner 124060 — My Favorite Of The Bunch

When Rolex does an update, you know that the new version will be the same but better. In 2009, Rolex did the last significant upgrade of the Submariner. First the bi-color model, then the Date model (2010), followed by the classic Submariner (2012). But is it also nicer? That’s of course in the eye of the beholder, but initial opinions seem to vary since the news broke.

When Rolex introduced its previous versions, the Submariner maintained the size of 40mm. But Rolex gave its diving icon beefier lugs, and — more importantly — a ceramic diving bezel.  It was a very welcome update, in my opinion, but I am biased since I didn’t like the last aluminum bezel Submariner Date (16610). I didn’t like it at all. The 116610, 116613, and 114060 are my favorite Submariner references since the late 1980s.

Today, Rolex introduces to you its new Submariner. It comes in the classic version (no date), and three date models in white gold, bicolor, and stainless steel. The Submariner Date version is not for me. I don’t dislike the cyclops, but the colors are just not my bag. Somehow, it dilutes from the iconic look of the Submariner. 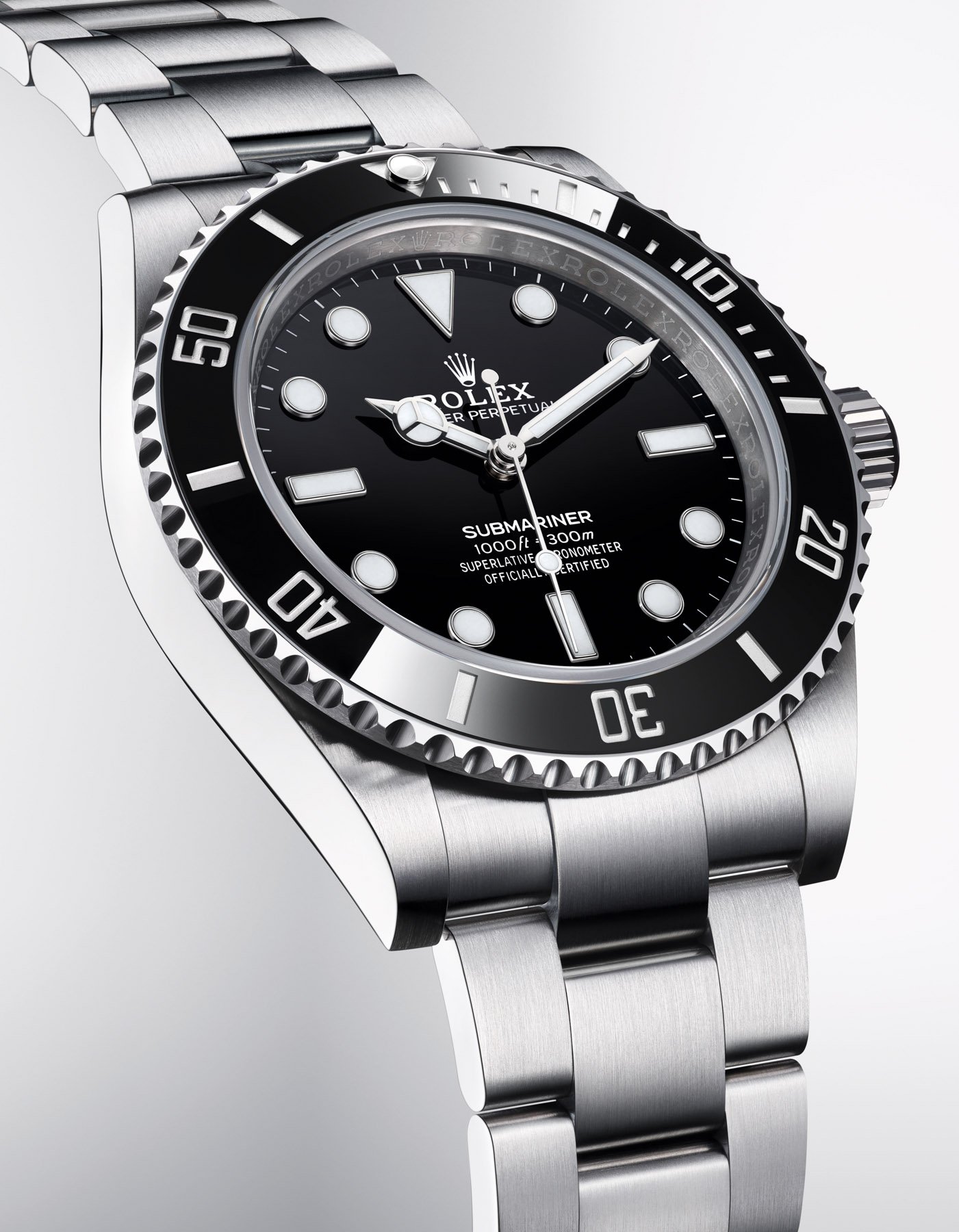 In all honesty, the modern 40mm sized Rolex Submariner that I have wears a tad bit bigger than its specified size. Almost about the same as my 42mm Speedmaster, for example. Rolex has been updating many of its classics in the past to larger sizes, but the sports models (except for the Explorer II and Sea-Dweller) retained their 40mm diameter. Some wearers complained about the beefy lugs on the sports models, and Rolex seems to — opposite to what you might think — listen to the feedback received from the market. 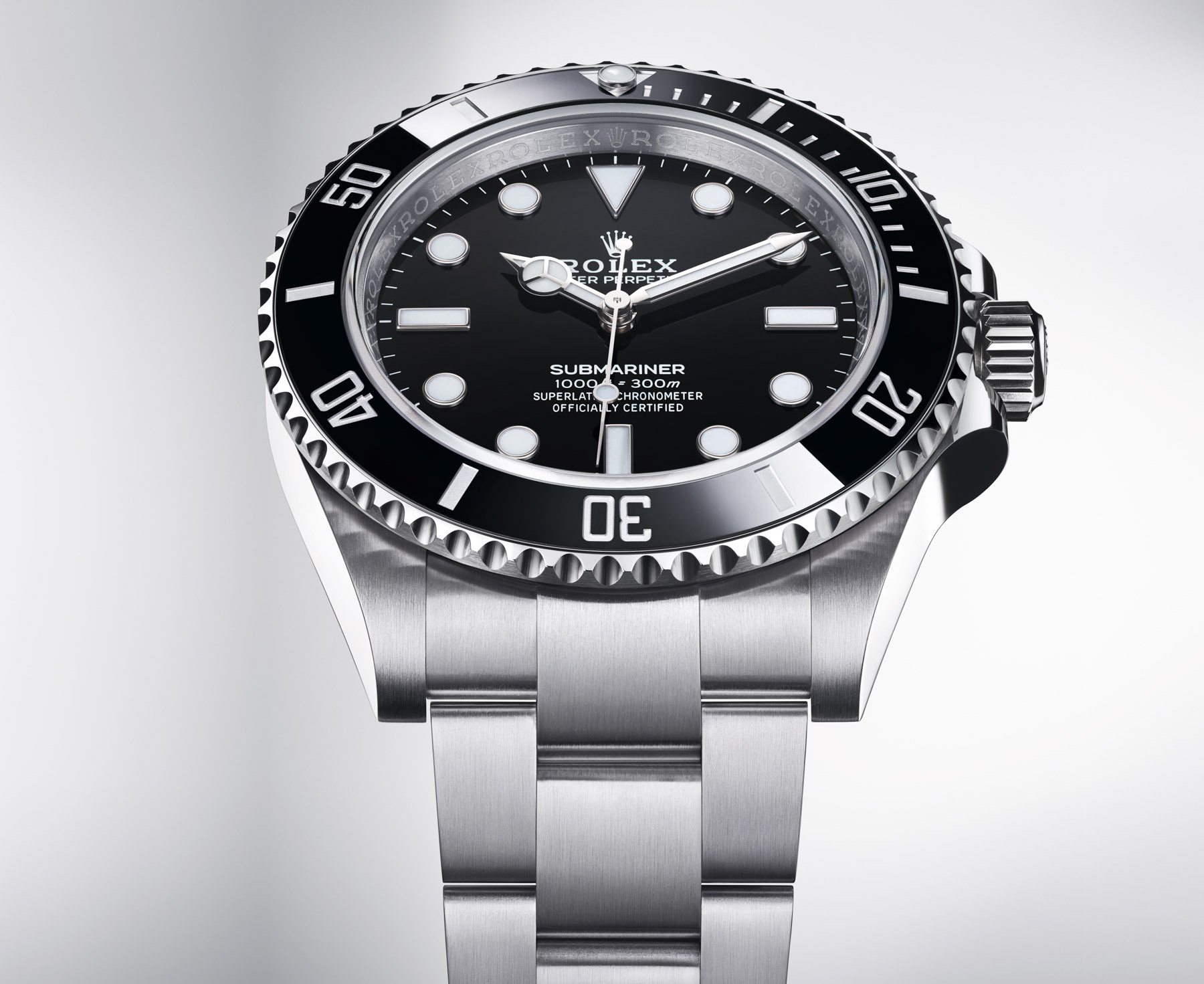 That said, anything that Rolex produces — and delivers — turns into gold, and so, ultimately, you might think the brand doesn’t care. But not according to Rolex. The Crown wants to produce the best watch it can. That always has been the brand’s strategy. And truth be told, as soon as you put a Rolex on your wrist you know why. They wear comfortably and go with anything. For this year’s release, Rolex slimmed down the lugs. The profile of the case also changed a bit, as did the crown guards. It all appears to be a bit sleeker.

Asking around the Fratello team, I get different responses. Mike Stockton applauds the slimmer lugs and feels it is a bit more elegant. Bert Buijsrogge let me know he prefers the beefier lugs (“I just got used to them, and now I like them”). He adds that it feels like Rolex is moving back to the 14060 and 16610 references when it comes to the lugs. I have no clear opinion on the lugs yet. I like my 114060 and the lugs do make the case a bit more solid on my 19cm wrists, which is fine. Unfortunately, I am unable to give the new Submariner a try today. We were invited to the introduction in Brussels, but due to Covid19, the consequence would be a mandatory quarantine of 10 days.

I read that Wei Koh from Revolution finds that it wears smaller than the 40mm maxi case Submariner 114060, while Hodinkee’s Stephen Pulvirent writes that it wears noticeably bigger. I don’t question the knowledge of these writers, but it shows how different perceptions can be. 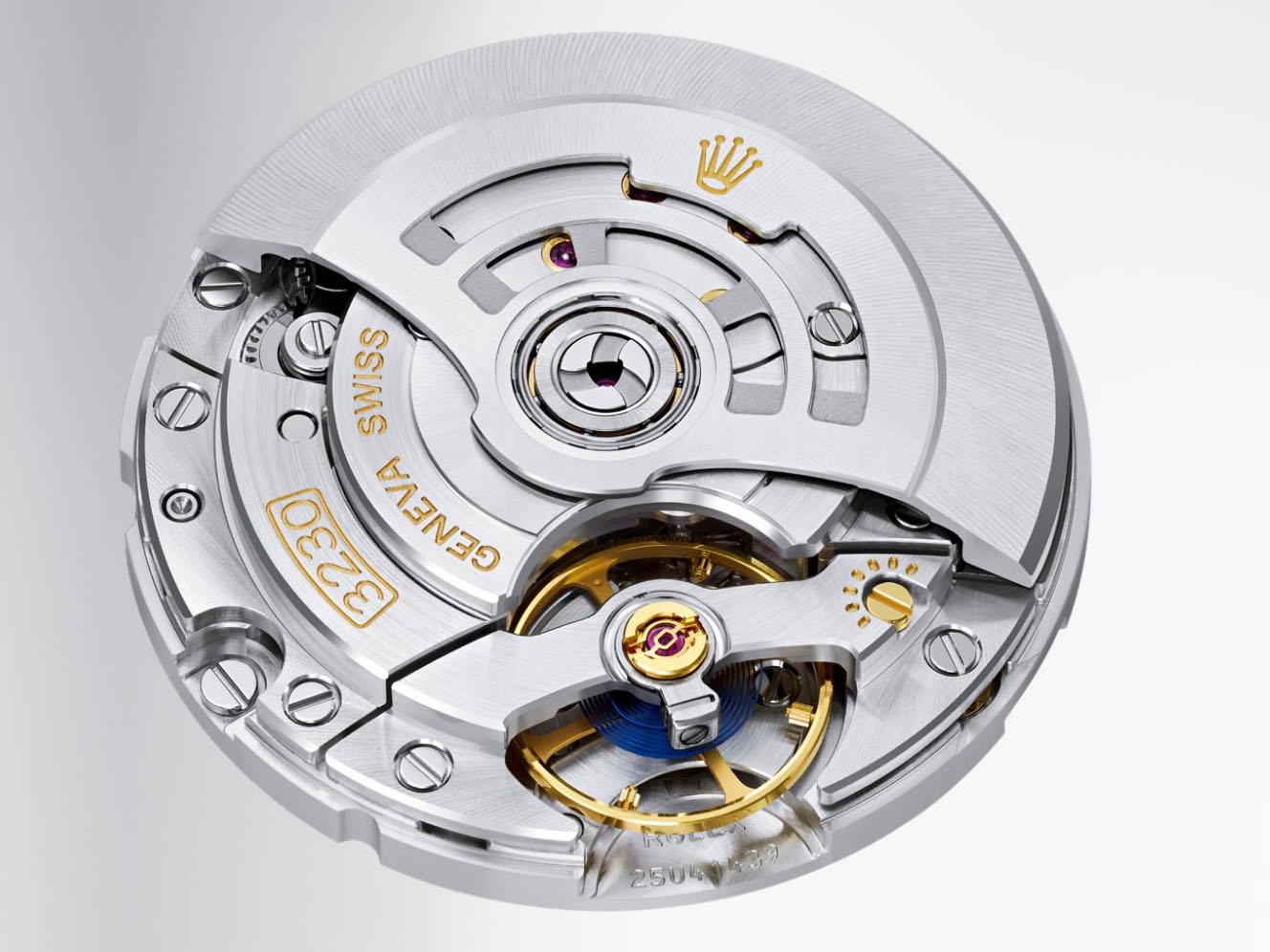 Besides the optical differences, there’s also a new movement. For the Submariner, it is the caliber 3230 (previously the 3130). It has more power reserve, 70 hours instead of 48 hours. Compared to the previous movement, this one also has a Chronergy escapement, providing higher efficiency. The guaranteed accuracy of -2/+2 seconds per day on average has not changed. These movements are not to complain about — they are rock-solid. Perhaps, for me, this is where the real news is concerning the Rolex Submariner 124060. 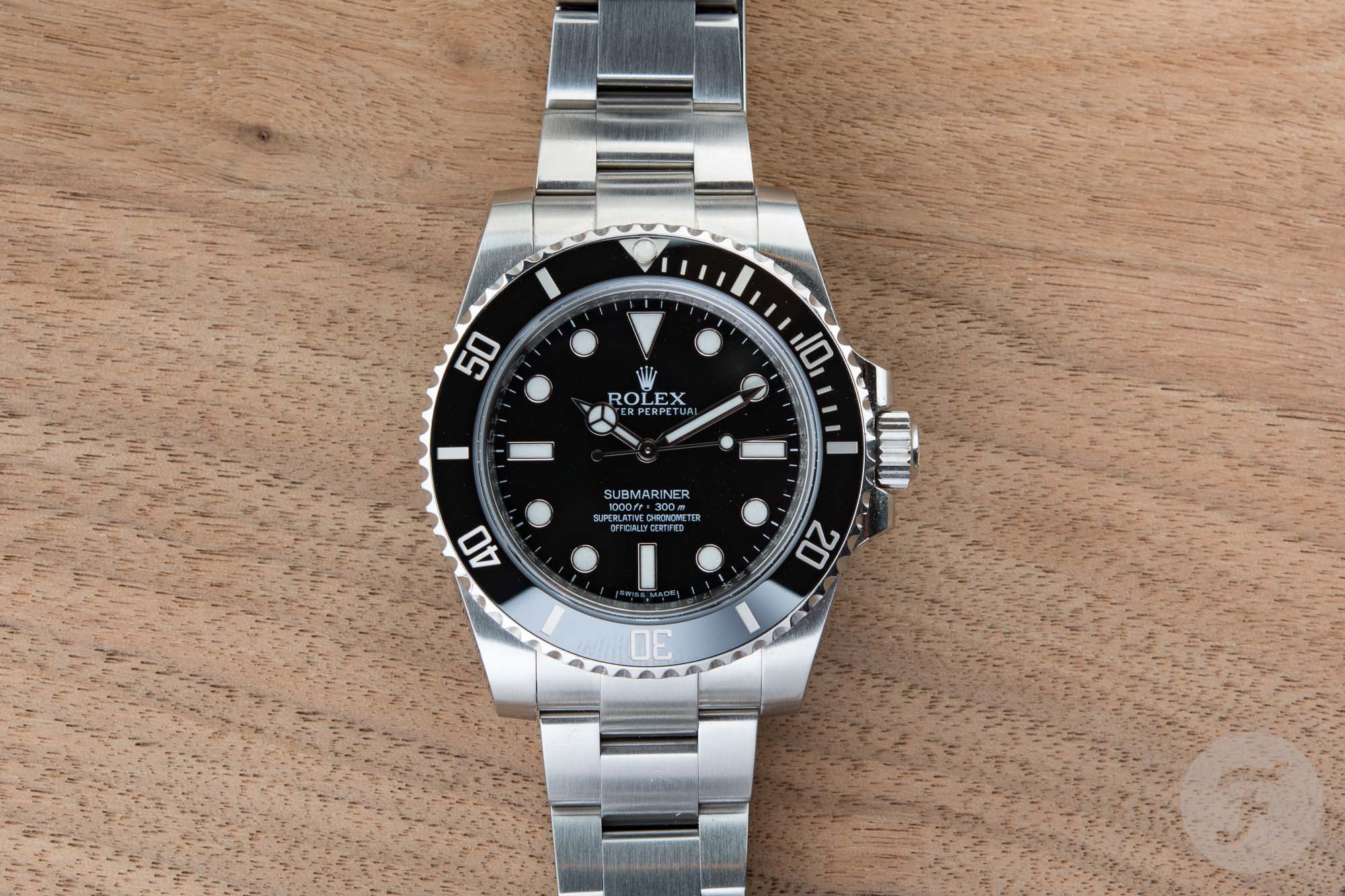 I am not considering selling my Rolex Submariner 114060 for the new 124060. I don’t see the added value of the extra power reserve, or the minimal design updates to go through the hassle of selling my old watch (I already see the 114060 being offered for bizarre amounts on Chrono24 today) and buying a new one.

The main hassle will be in buying the new one, of course. Rolex will not produce more Submariners now that they have more models to choose from. For me, the differences are marginal anyway. If you don’t have a Submariner (yet) and want one, the 124060 would of course be my pick. Or a pre-owned 114060, but I am sure those will go up in price as well. At a more self-regulated level than the few outrageous offers that appeared today. 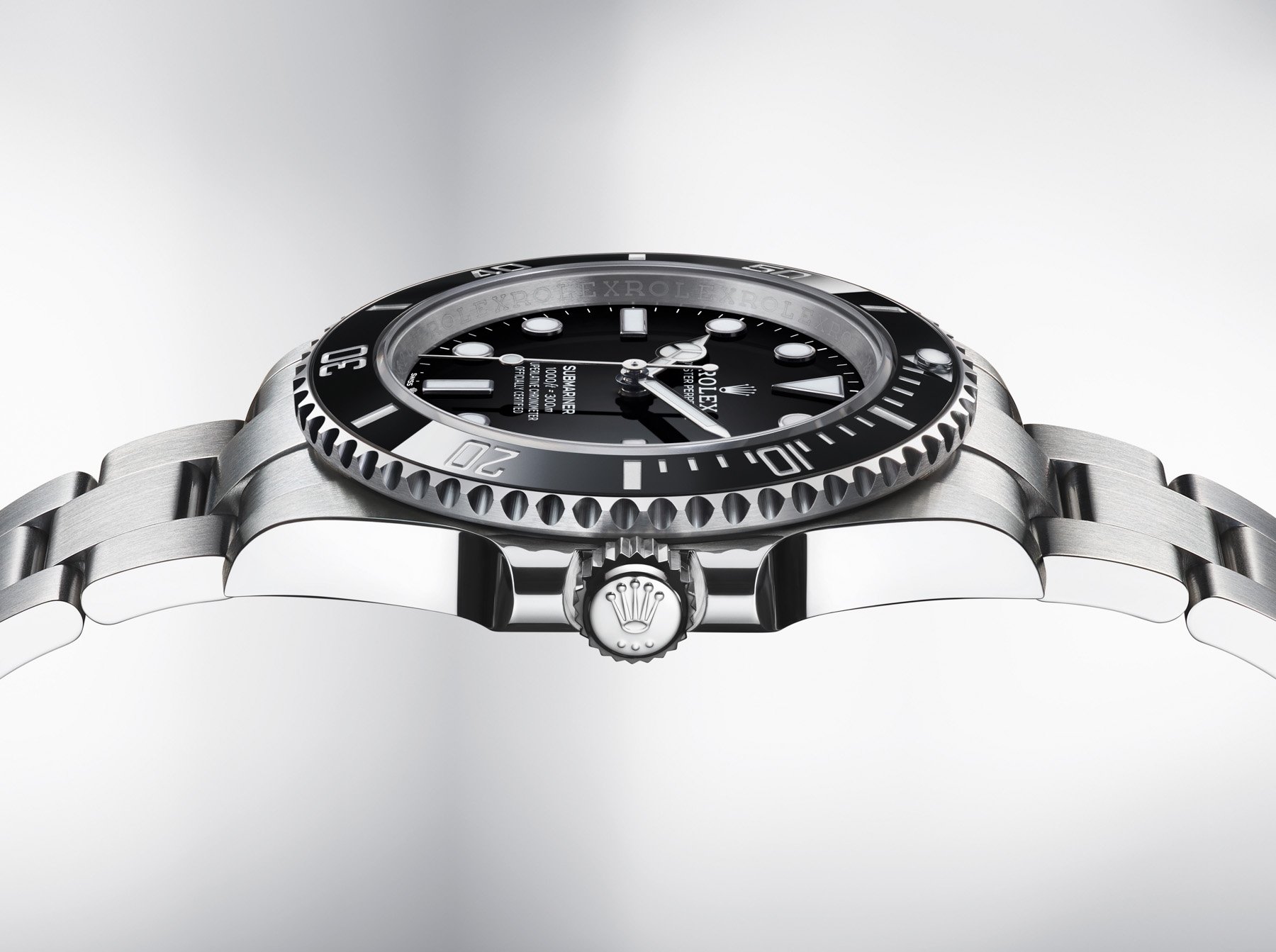 I am a bit underwhelmed with the new Rolex watches, in all honesty. The box of Caran d’Ache coloring pencils found their way to the design department, obviously. But I wonder if the marginal design updates are done because of the demand from the market, or because Rolex just felt it needed to come with something new. The update from the 14060 and 16610 to the 114060 and 116610LN was huge! Big news and big updates.

I never really liked the 16610 for example, but I do like its predecessors and do like its successor. I think I expected a bit more from Rolex, even in this strange year. The design updates are very small, and I wonder if those things couldn’t be saved for a bigger, more important, update. Now, it feels like a facelift rather than an exciting new model or design. A bit like BMW does with its cars a few years after the introduction of a new model. New grille, new rear lights, et voila.

The official price tag of the Rolex Submariner reference 124060 is €7,700 (including VAT). If you’re prepared to be on a waiting list, that is. More information via Rolex online.