MeisterSinger specializes in manufacturing watches that feature one single hand – and only show what is really important. Mostly, a single, needle-thin hour hand rotates around a dial on which you can accurately tell the time to the nearest five minutes.

However, the Salthora, which was first presented in 2014, features a minute hand instead – and the hour is shown in a circular window positioned at 12 o’clock. As soon as the hand reaches the middle of the window every sixty minutes, the number denoting the next hour appears in the window like a flash. 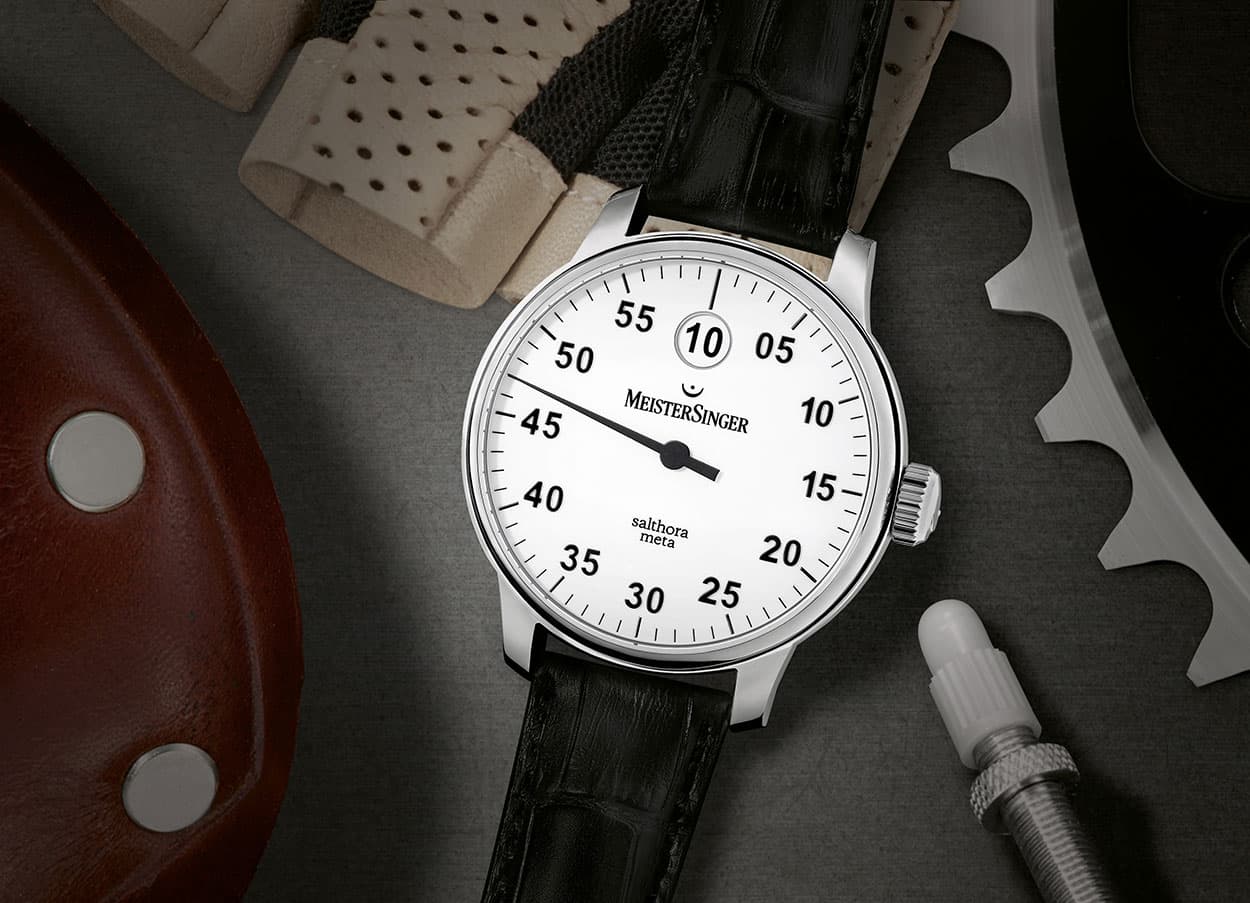 The “jumping hour” principle was first used in wristwatches during the 1920s. However, its perfection is quite a technical challenge.

The Salthora by MeisterSinger should:

The first Salthora is visually dedicated to the charm of watchmaking finesse. With the new Salthora Meta, however, MeisterSinger has adopted a new style, paying tribute to the clear, powerful character of this watch concept.

The Salthora Meta is 43 millimeters in diameter and has a striking, cylindrical stainless steel case. It is waterproof up to 5 atm and fitted with a six-screwed exhibition back. The digits of the minutes and of the hour display are depicted in a sans serif Helvetica typeface. The watch will be available in four versions. The models featuring a white or ivory-colored dial will be fitted with an hour disk in exactly the same color. Here, the complication is not immediately obvious. However, the hour disk in the blue version is white, just like its hand. The black Meta with the hour digits and hand in signal red has an almost dramatic impact.