It's an urban jungle out there
Rob Nudds
comments 13
Share

Some years, certain brands can do no wrong. And that isn’t to say that I personally adore every single release Seiko has put out this year (I don’t), but I must commend the company for dropping so many stars in what has been a busy year for the brand already. And I find myself thanking the heavens that Seiko was able to step up to the plate during such uncertain times. How awful would 2020 have been without this wealth of news? Models like the Seiko Prospex SRPE29 and SRPE31 make lockdown all the more bearable…

Let me expand on my feelings towards the watches Seiko has released this year. I said they weren’t all to my liking. You deserve to know exactly what I mean by that. Otherwise, statements like that are just empty excuses for continuing to blow smoke up a brand’s you-know-what (if brands do indeed possess such anatomy). 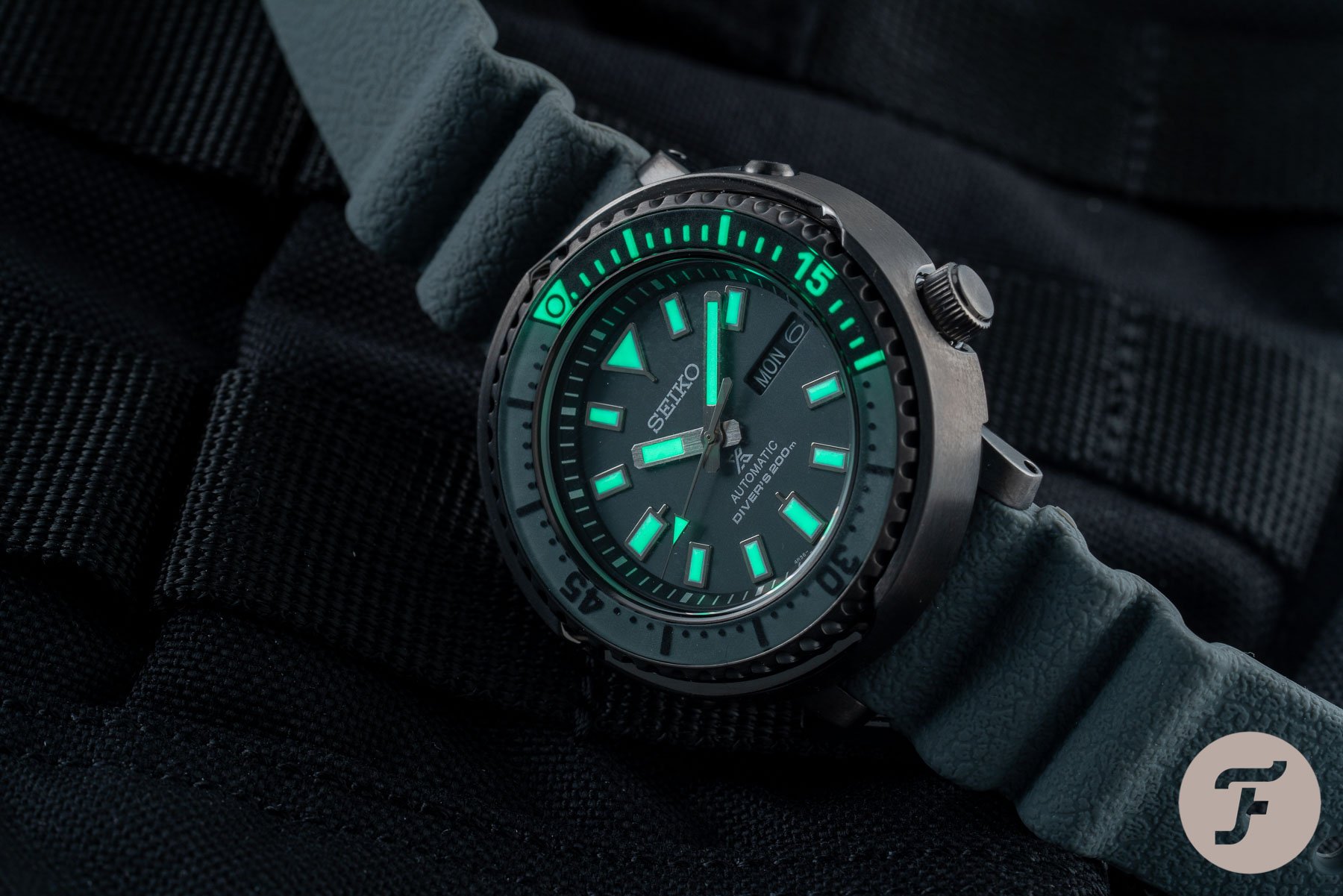 I’m an outdoorsy kind of guy. If I were three microns more pretentious I would describe myself as an “outdoorsman” but I shaved off the lumberjack beard in favor of a more youthful visage and thus lost my rugged credentials. Regardless, clean-shaven as I am, I get excited about tool watches. I like things that are made to be used. Making a practical item aesthetically pleasing is an art form in itself. Seiko excels in this field. 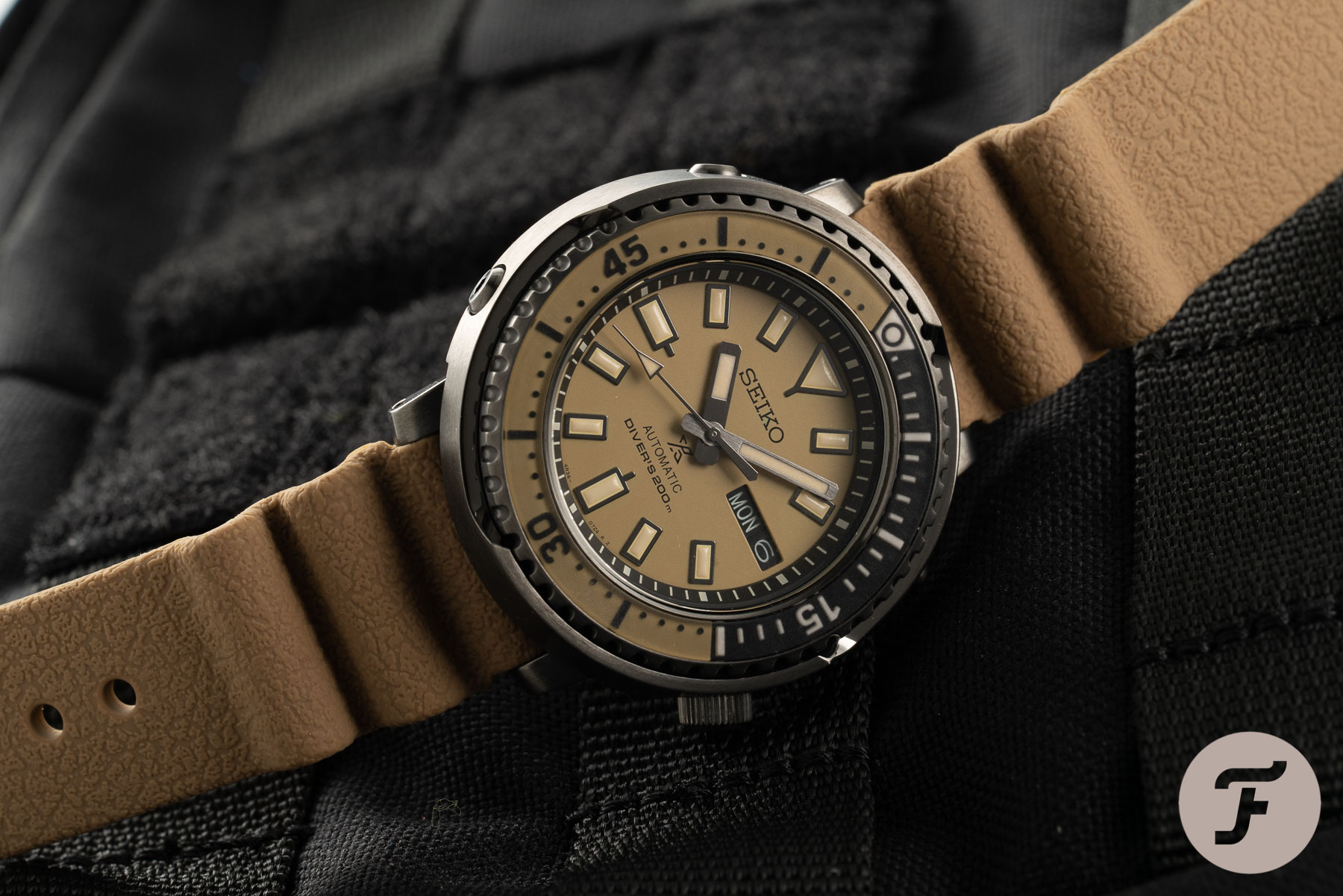 And so, perhaps unsurprisingly, the watches from Seiko that do nothing for me come, for the most part, from the Presage line. I can see a lot of merit in the artisanal skills that go into their creation, but those watches rarely excite me. I do have a bit of a soft spot for an elegant story as I intimated in the recent article covering the Seiko SPB171 with Arita Porcelain dial, but that’s about as far as my interest goes.

Normally, I want grit. I want watches that look just as good (if not better) covered in grime. The Seiko Prospex SRPE29 snd SRPE31 ooze toughness, even if they are the more refined cousins of the incredibly popular (and fearsomely awesome) SNJ029 and SNJ031. Both those quartz monsters hit the ground running as instantly-accepted follow-ups to the Arnie family tree (affectionately dubbed the “Safarnie” watches by some fans). Here we have their automatic brethren in for review. So how did they fare on the wrist? 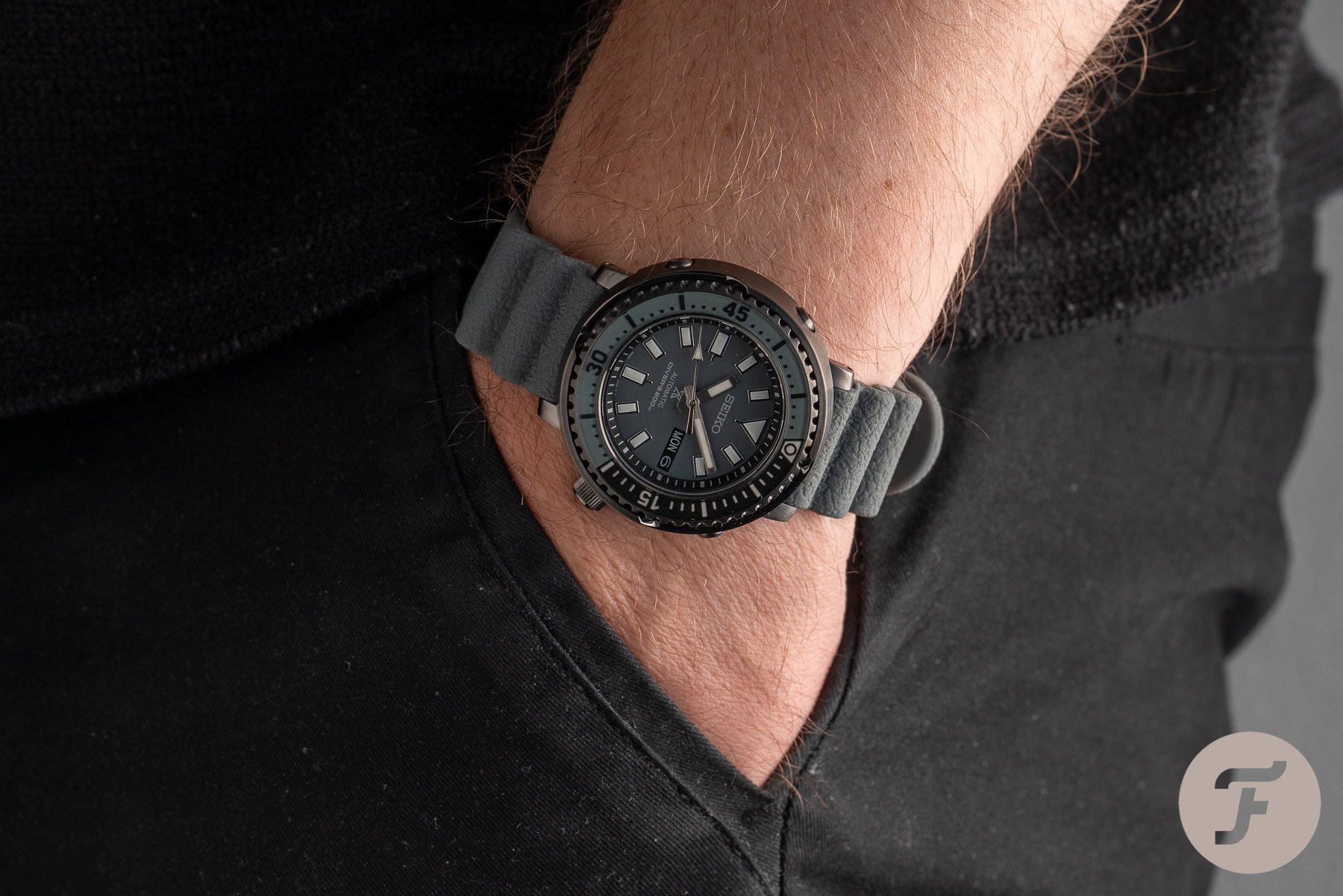 A lot of concern surrounds the wearability of models with this “tuna can” style case. I get it. It looks like a hockey puck. Ironically, hockey pucks are the one thing aside watches I collect, but I digress. These models do not wear as massively as you might expect. Look, don’t get me wrong, you know you’ve got a serious piece of kit strapped to your wrist, but it isn’t anywhere near as top-heavy or cumbersome as you might imagine. 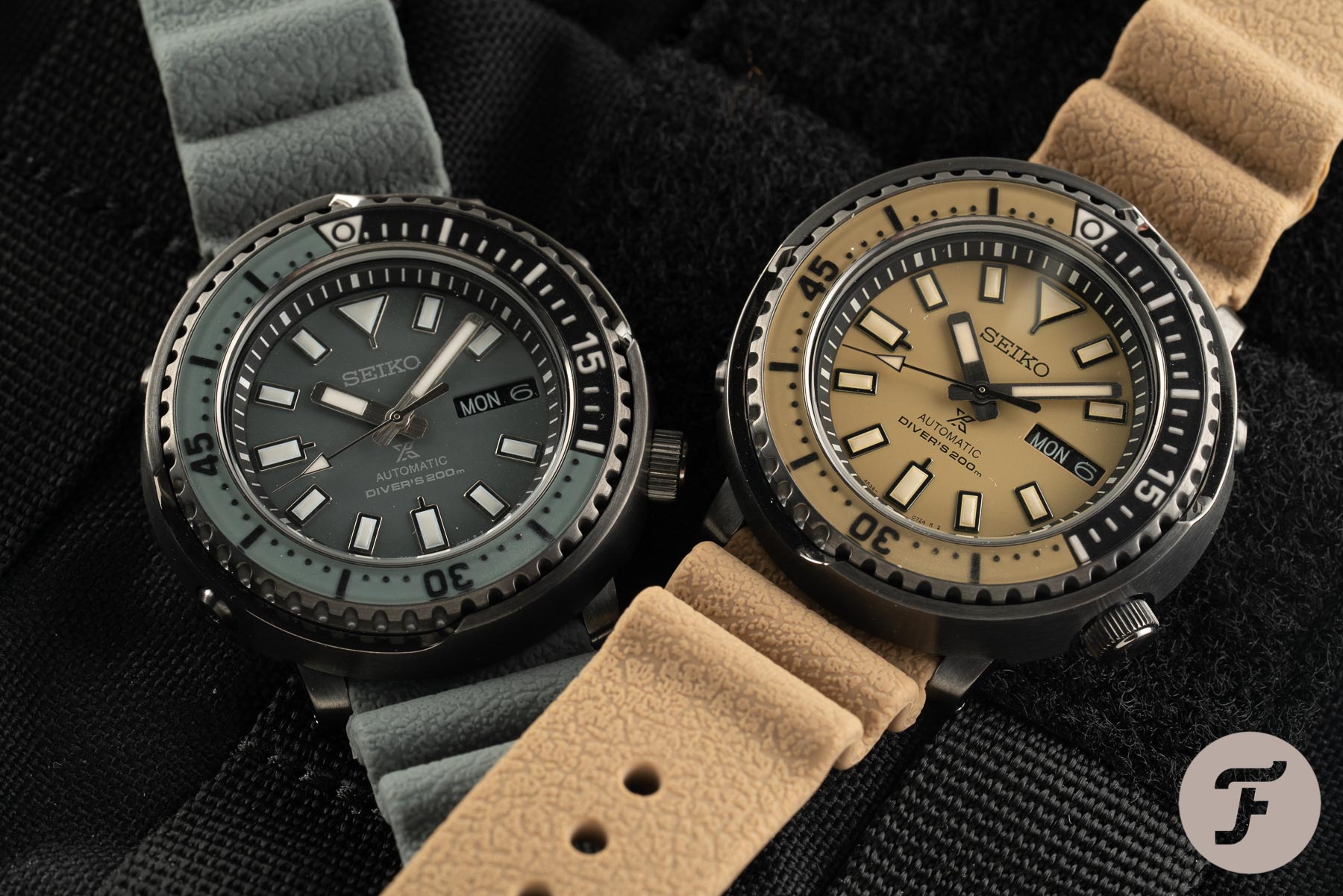 The stubby, basically non-existent lugs make this possible. And when it comes to the SRPE29 and SPRE31, the earthy tones soften their presence, turning the volume down significantly. These Urban Safari models add a new dimension to an already hulking back catalog of Tuna models. If you’d like to learn more about the other models in this family, you can check out our handy reference article on the subject. 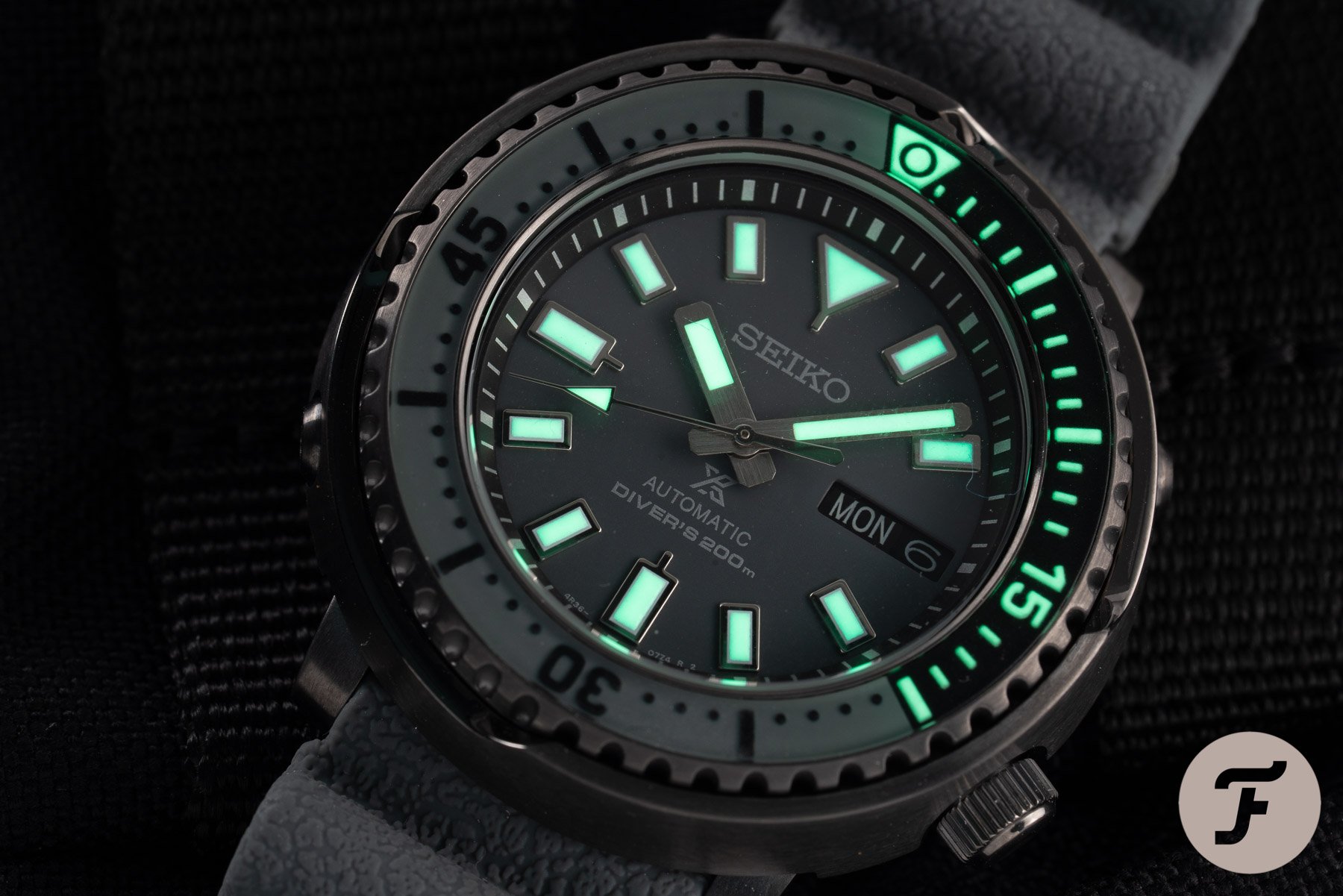 The Tuna has been kicking around the Seiko catalog since 1975. Amazingly, that means we are just five short years away from its half-century. For such an atypical watch style to have persisted so long there has to be a good reason for it. In my opinion, there are several reasons for the Tuna’s longevity. It is something different. These pieces are invariably well-made by a manufacturer that knows its strengths. Better still, these eye-catching, reliable timepieces are attractively priced. 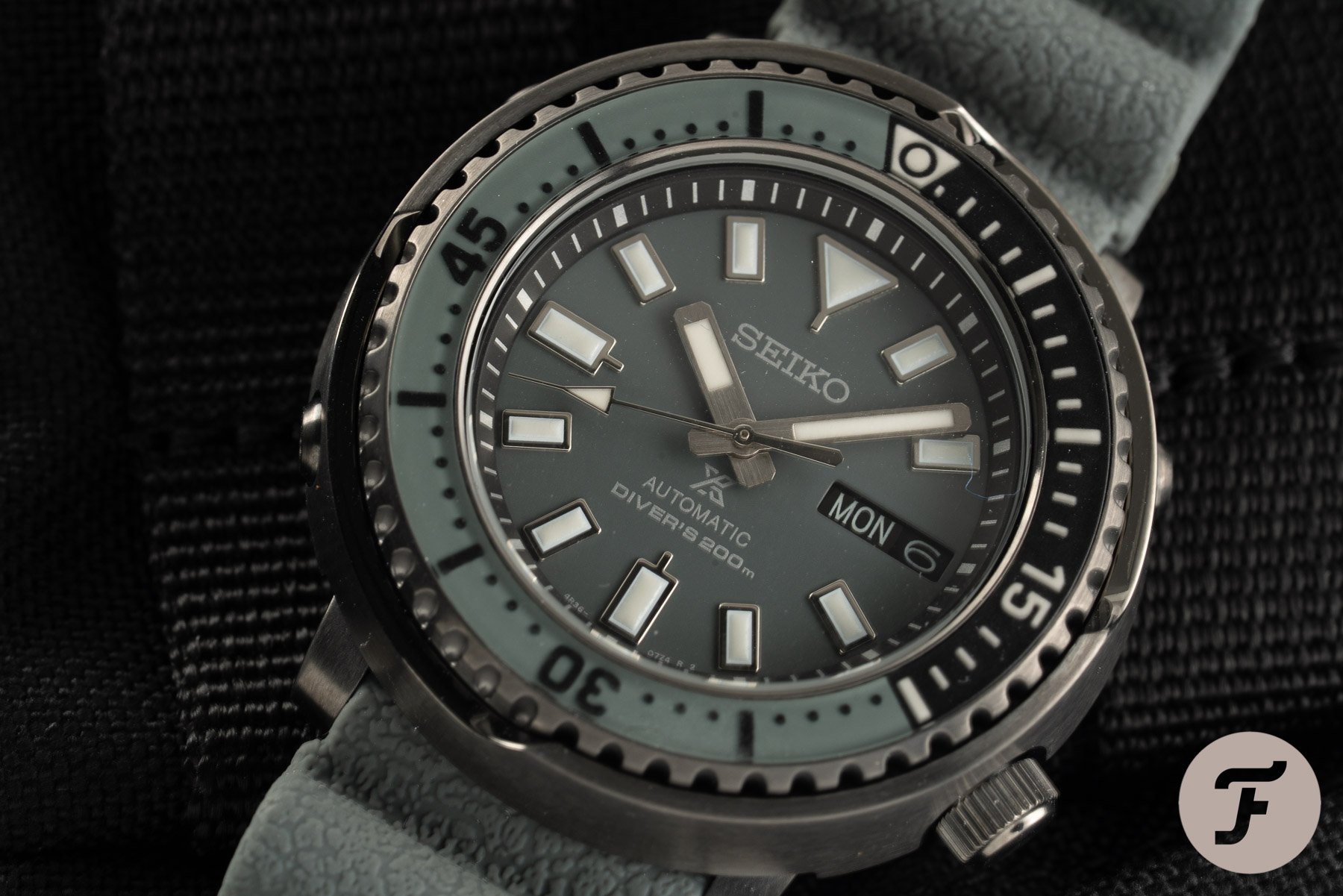 As you’d imagine, the movement — the 4R36 automatic — is not going to set the specs sheet alight, but it is a solid workhorse more than capable of living up to expectations in the wild. A 40-hour power reserve is achieved thanks to its reduced operating frequency of 21,600vph. Its modest size means it is the perfect choice for this 43.2mm wide day/date model. And most importantly, the 12.67mm thickness could, in the context of the Tuna family, be described as slim! 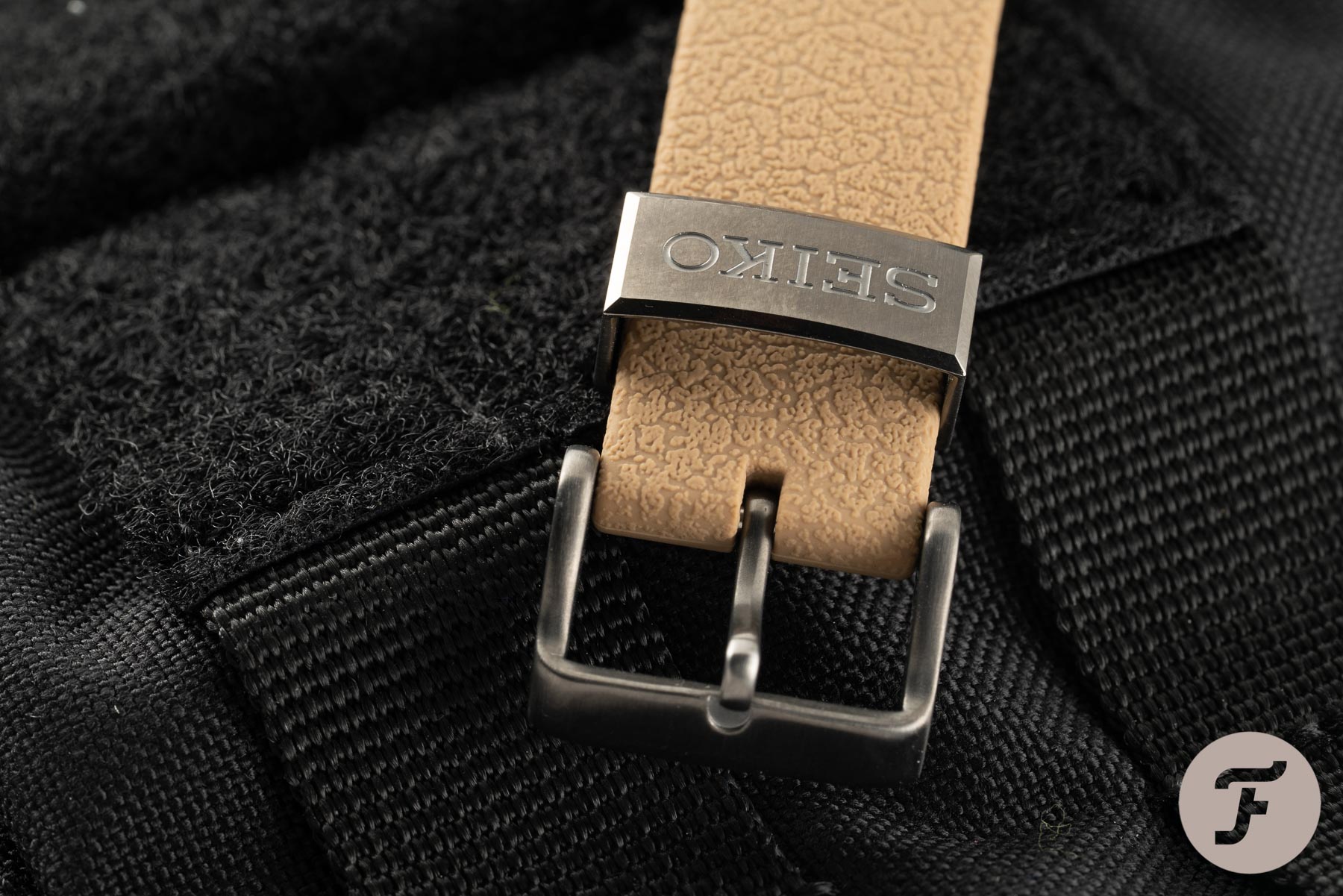 The extra-long silicone rubber straps will easily fit over a diving suit or on the naked wrist. For small-wristed chaps or chapesses like me, you may end up with a bit of a tail, but it kind of adds to the tool vibe this piece gives off. My choice, purely because it is the more unusual of the two, would be the sandy SRPE29. The 31, with its “elephant gray” dial is cool, but it is the khaki 29 for me. Both the SRPE29 and SRPE31 will retail for €580 (including VAT). They are available now. To learn more, visit Seiko’s official site here.

Hot Topics
Introducing: The New Seamaster Professional 300M 60 Years Of Bond — With A Special Animated Case Back
105 comments
Are You Still After An Omega × Swatch MoonSwatch?
96 comments
It’s Time To Invest In A Dress Watch — Our Picks From Breguet, Omega, Grand Seiko, And More
73 comments
The Rolex Waitlist Conundrum — How Much Will The Price Of Your Watch Increase While You Wait?
50 comments
The Best Omega Speedmaster Watches Of 2022
40 comments
Popular
Rolex GMT-Master History And Overview Of All Major References
Robert-Jan Broer
18
Introducing: The New Seiko Astron GPS Solar 5X series (Live Pictures)
Robert-Jan Broer
9
You Asked Us: Rolex Submariner vs Omega Seamaster
Robert-Jan Broer
24