The fourth iteration of the Darth Tuna and its smaller brother.
Gerard Nijenbrinks
comments 11
Share

We already wrote about this year’s regular series Seiko diving models, like the new models in the SPB line, here and here. And we did a Tuna review this year already as well. Although that one, the SLA041, was part of the anniversary collection and is a limited edition. The following Tuna models are in the regular Prospex collection and will be unlimitedly available. 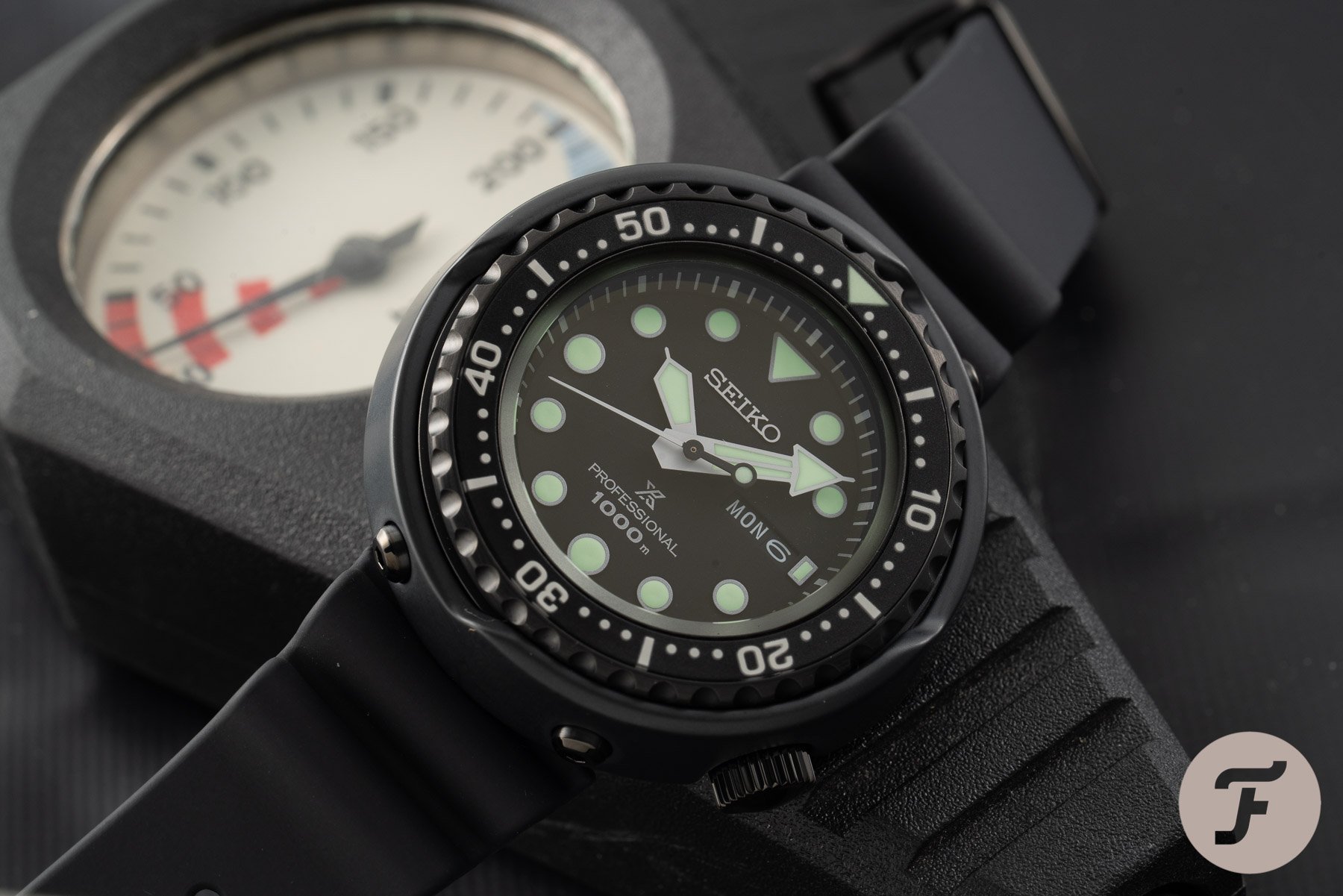 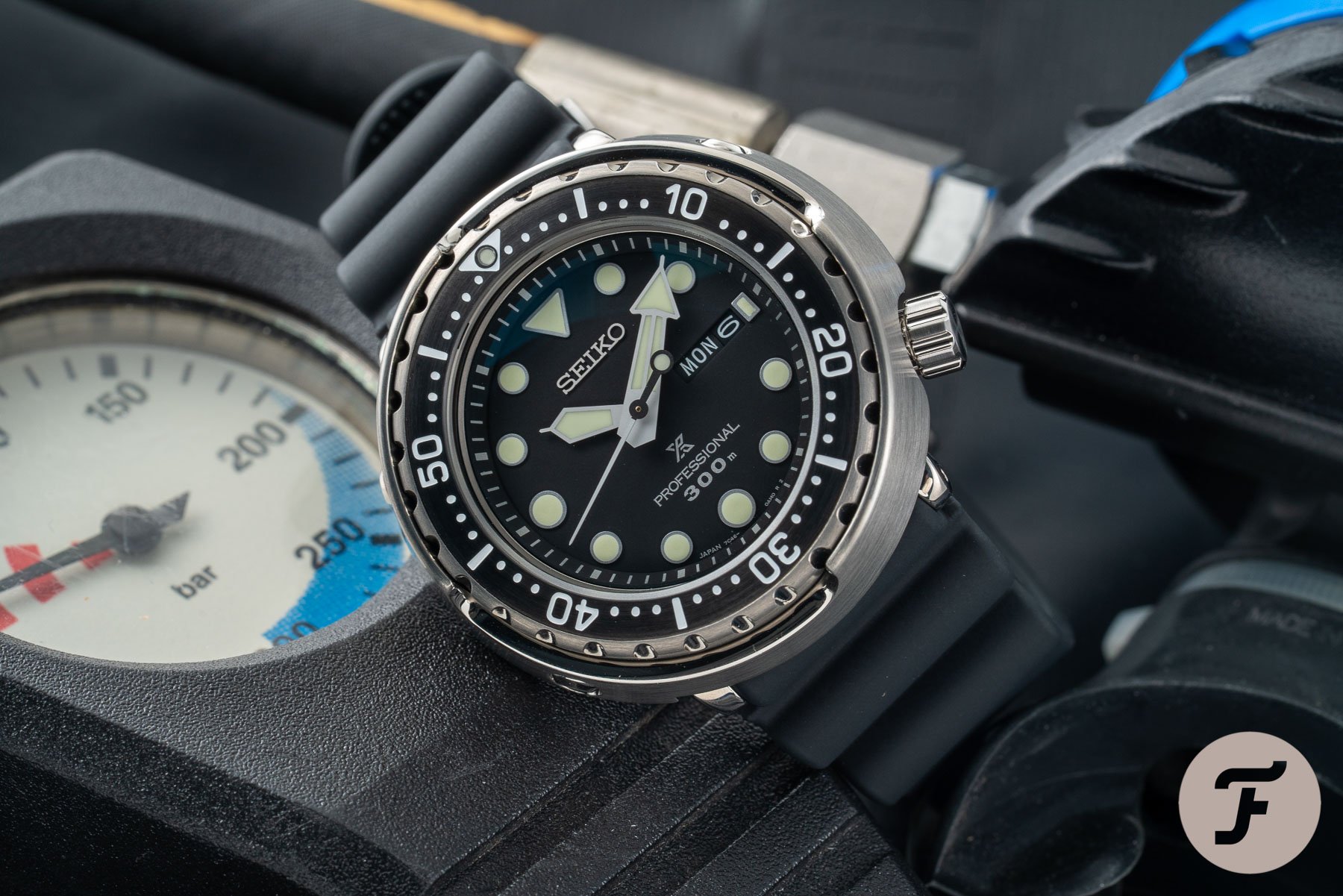 For those of you not yet associated with Seiko Tuna’s history, I’d like to recommend our Seiko Tuna crash course. It will help you understand the differences between Tuna models over the years. That article, by the way, is about monoblock models only. The S23629 we’re covering today sports a regular case back. Consequently, it’s rated to 300 meters “only”. Tuna models are often referred to by their Japanese model numbers. For comparability, we will use these in this article as well. The S23631 is equal to SBBN047, and the S23629 to SBBN045. 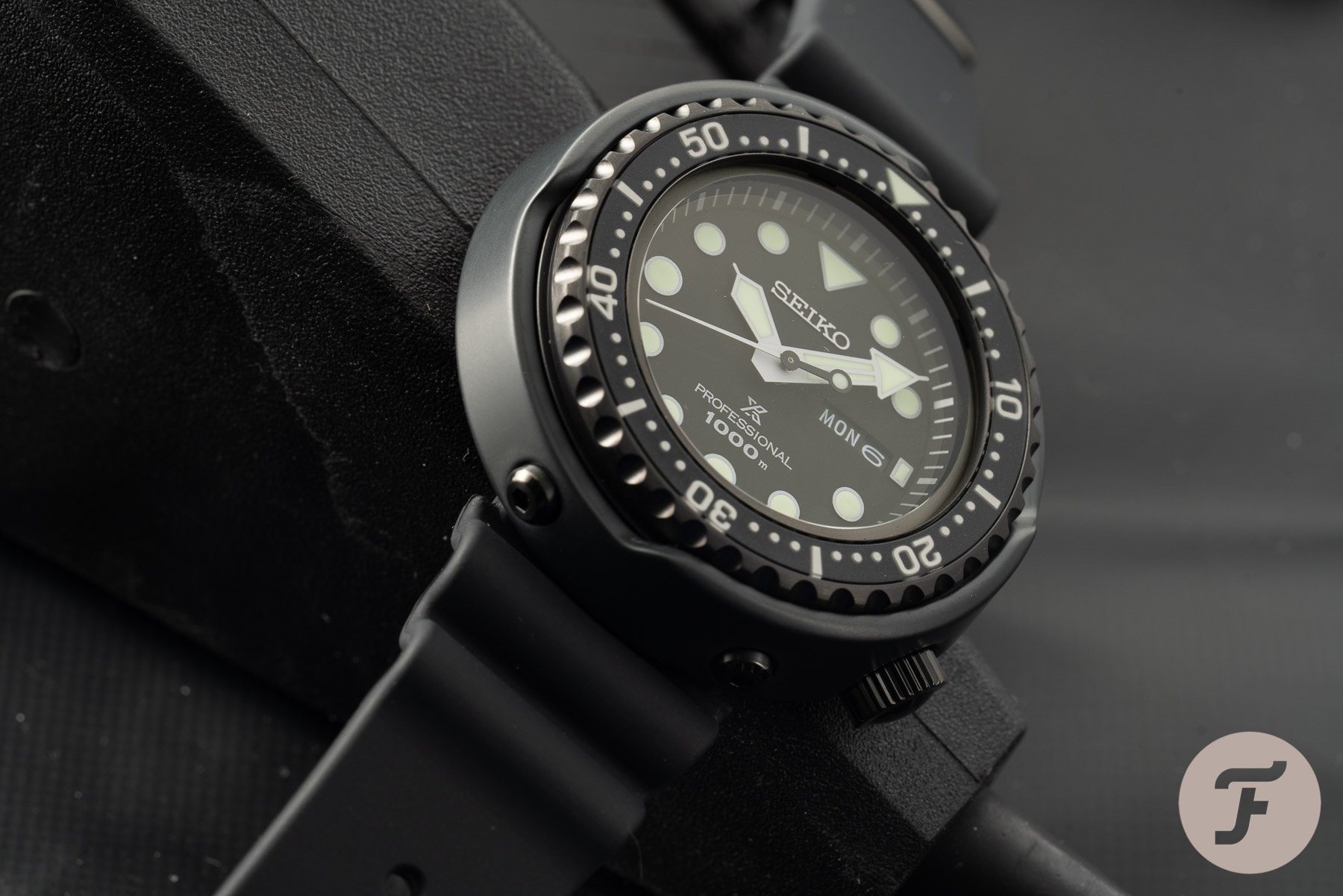 Being the Bigger Brother, I’ll start with the Prospex S23631. The S23631 – or SBBN047 – is the fourth version of a 7C46 quartz-driven model introduced in 2005. That model, the SBBN011, became known as the Darth Tuna. Obviously, this was down to its predominantly black case components. All other Seiko Tuna’s to that date had combinations of black and bicolor or totally blank designs. 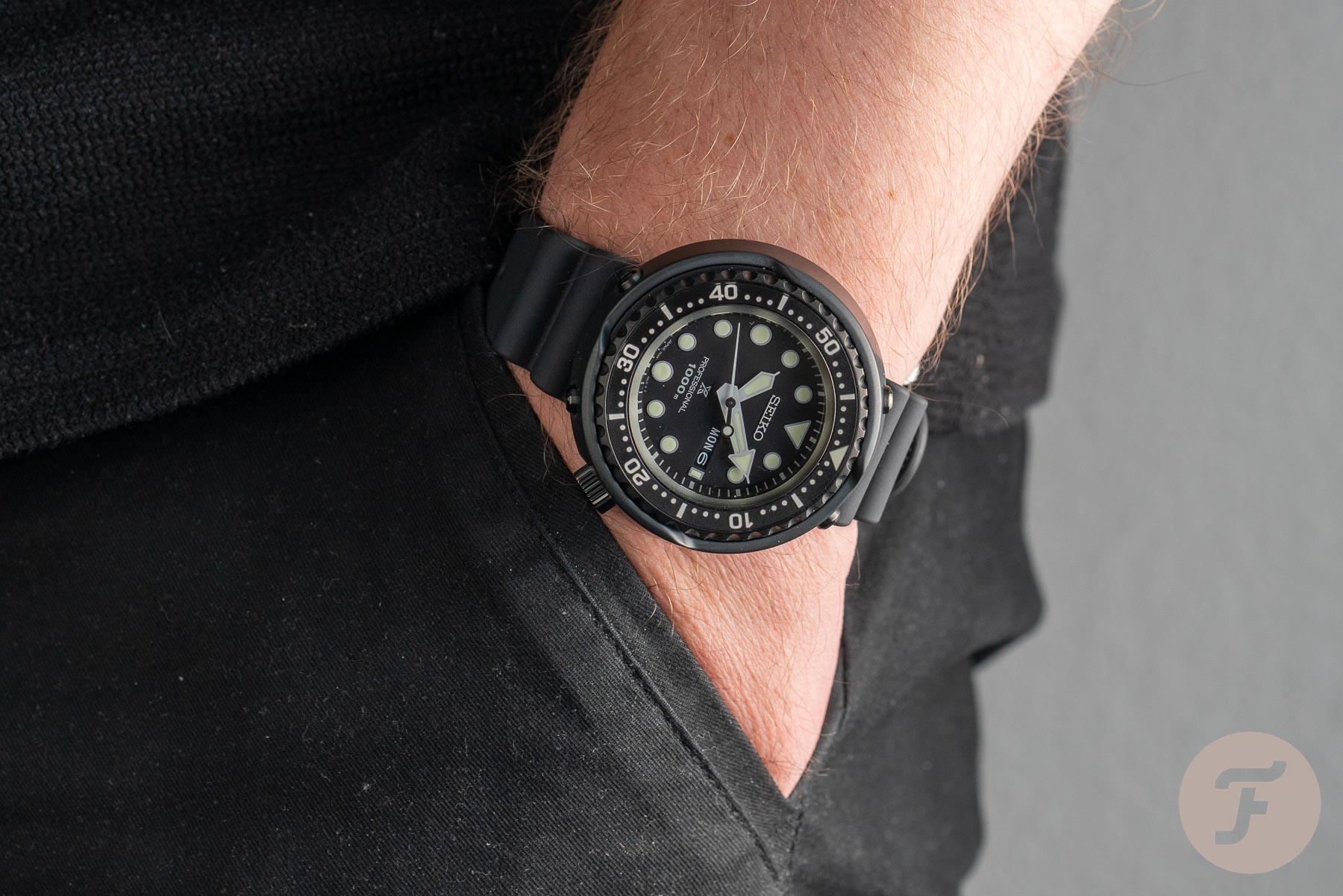 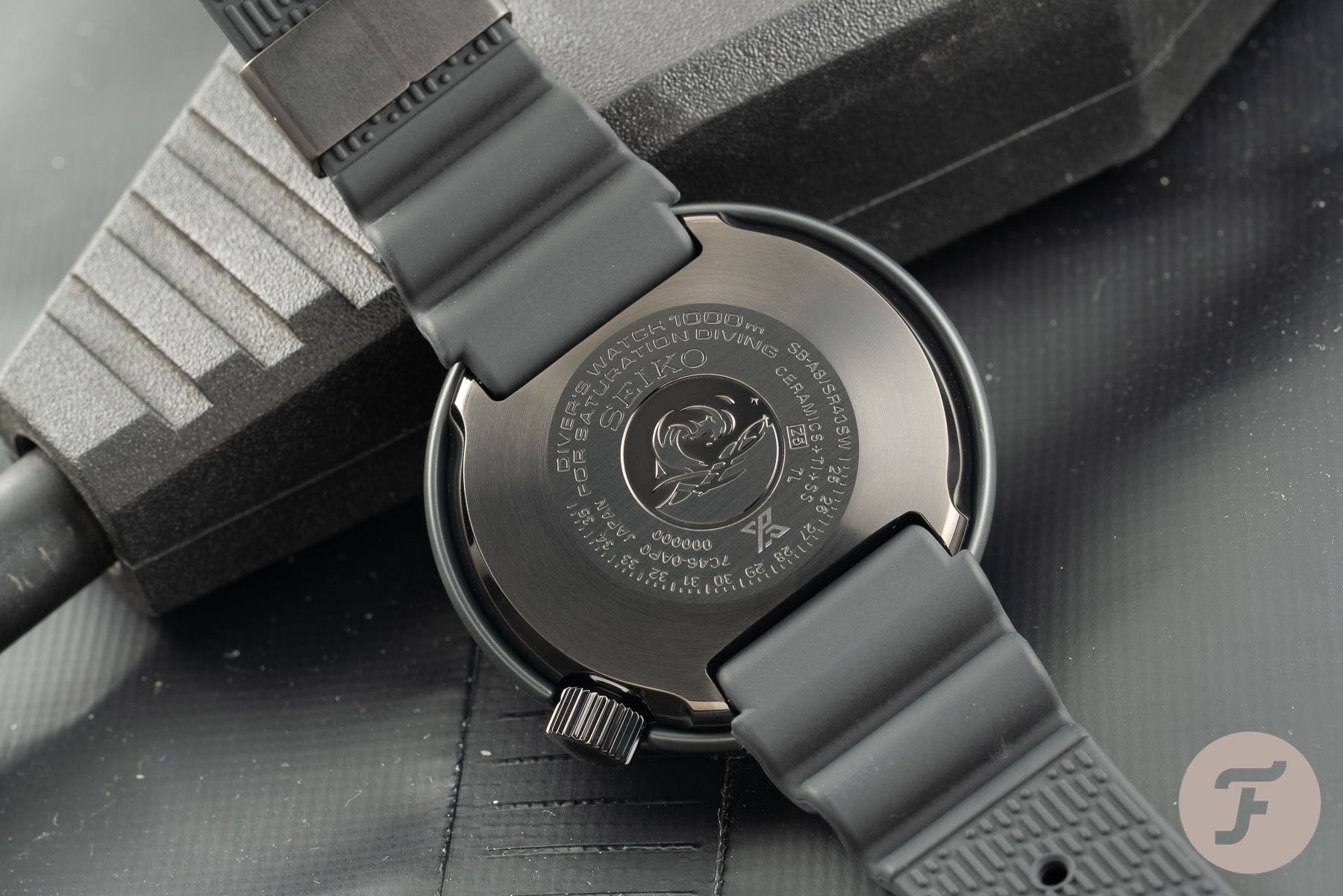 In these 15 years, the only real technical change was the strap that changed from polyurethane to Silicone. For the rest, the changes were limited — but probably no less important — to the design of the hands and the dial’s printing. 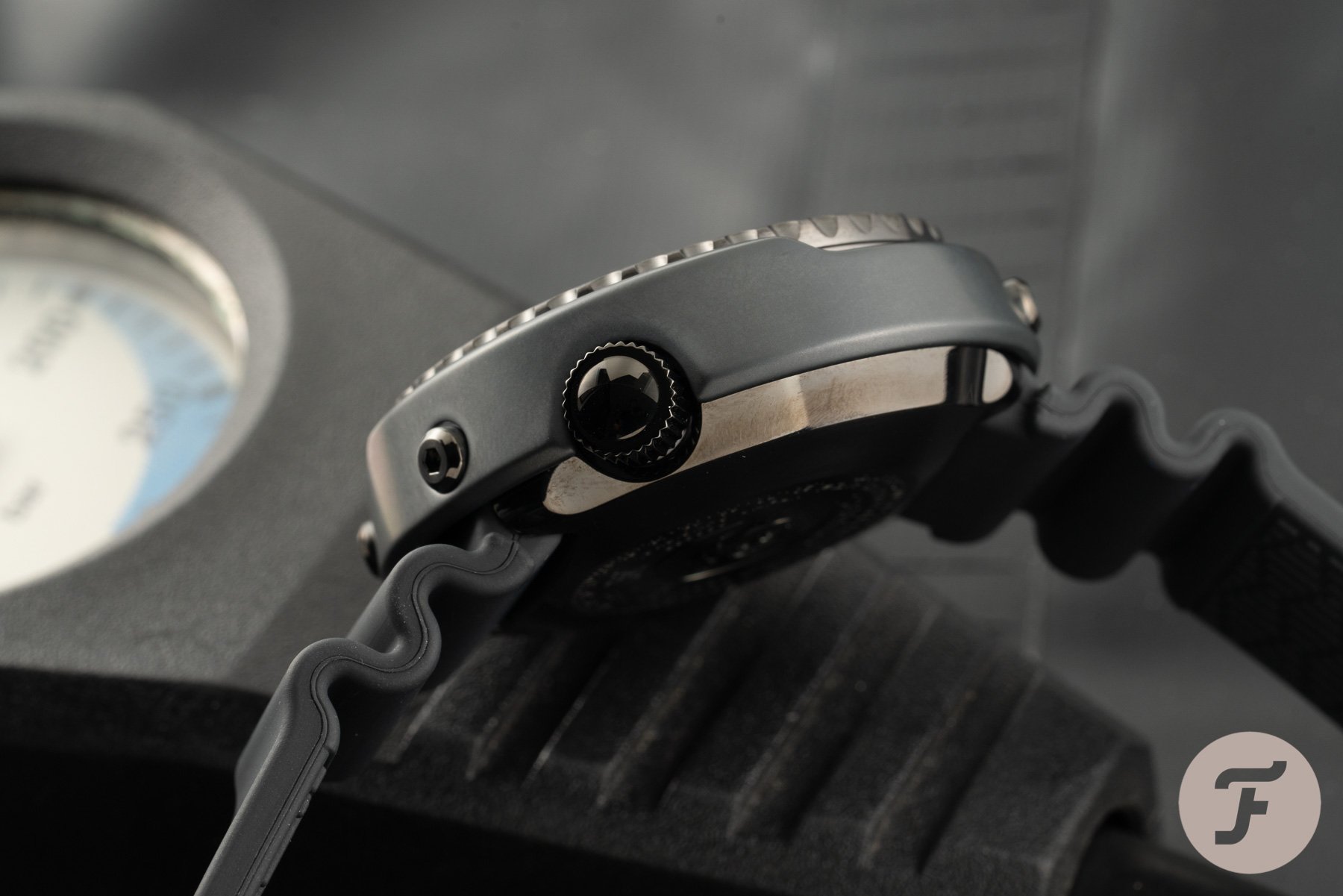 The dial of the first Darth Tuna — the SBBN011 in 2005 — wasn’t marked Marinemaster. In the dial of the second version in 2009, SBBN013, this was added above the words Professional and 1000M. The Marinemaster signature remained the same for the third version of the Darth Tuna, the SBBN025 of 2015. Eagle-eyes amongst us might spot some delicate changes in dial printing, though. Much more obvious, the SBBN025 was updated with Seiko’s, then new, Monster-type of hands. These new hands are the reason that the SBBN025 can sometimes be seen nicked as New Darth Tuna. 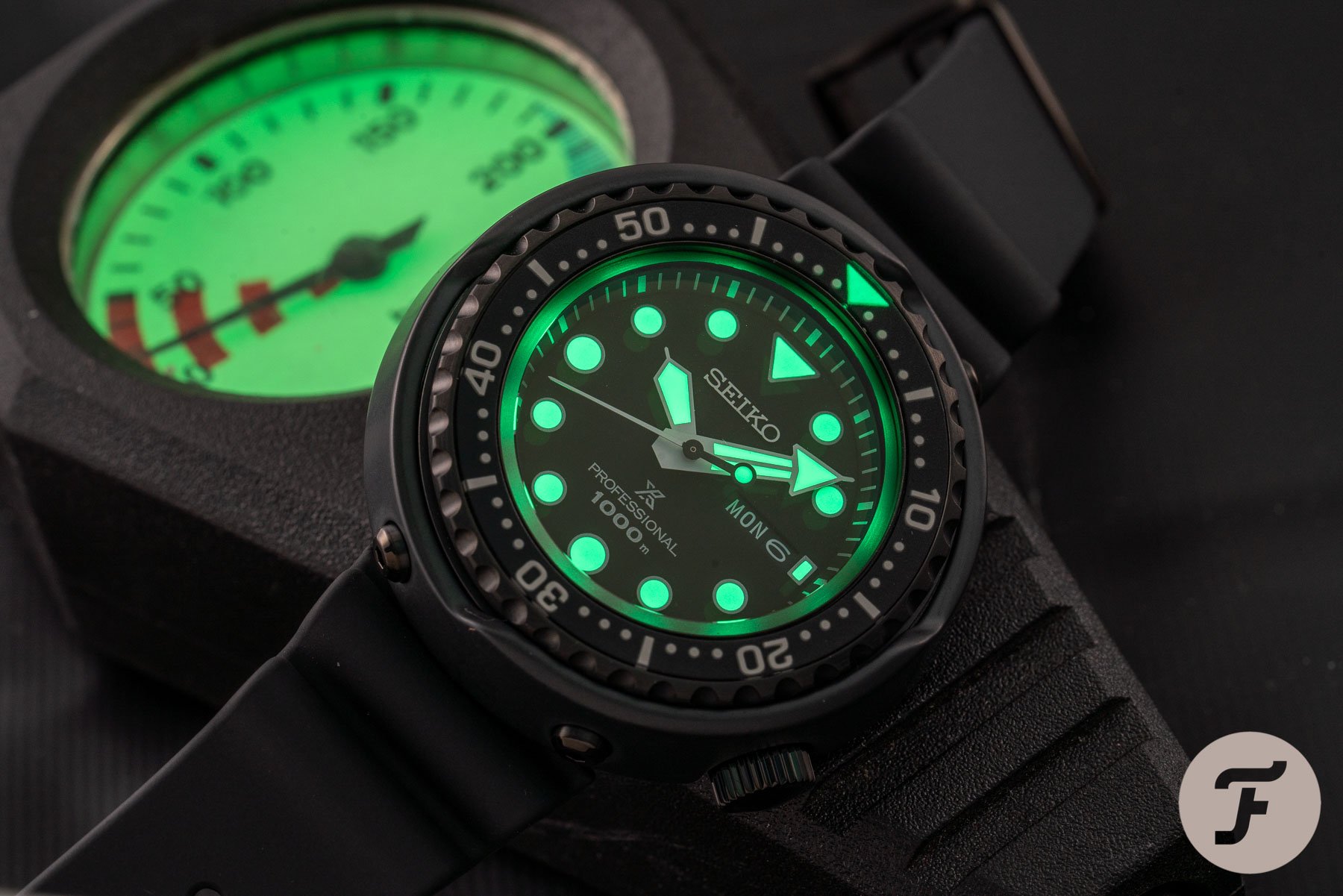 We didn’t hear much applause for above mentioned Monster-type hands anyway, so we’re happy to see the hands on the new SBBN047 changed back to the more classic ones. I mean, like the ones used for the SBBN011 and SBBN013. With this year’s SBBN047, the Marinemaster marking on the dial is replaced by Seiko’s well recognized ProSpex logo. 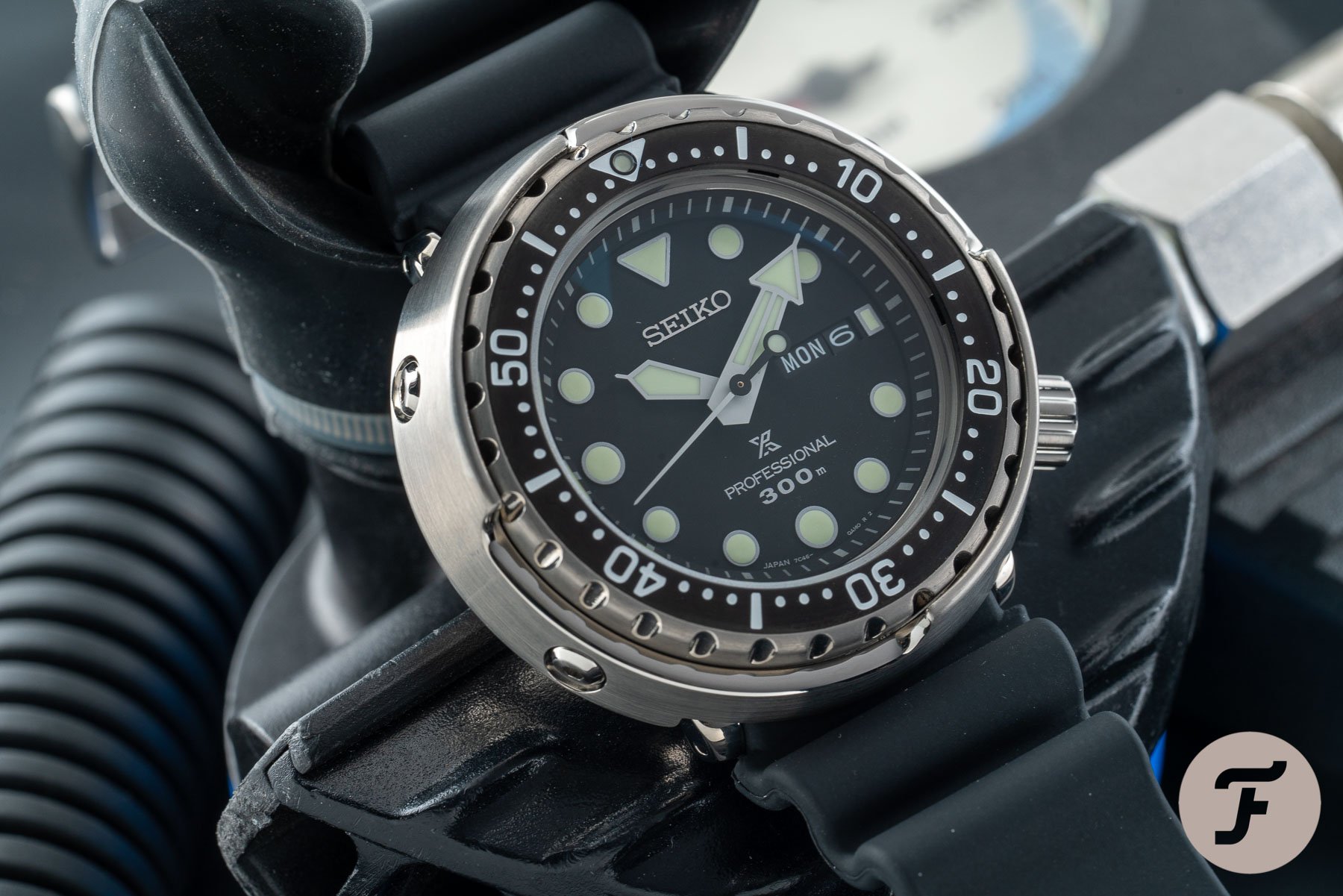 On to the S232629 or SBBN045, the little brother that Seiko presented alongside the S23631. First, of course, there are similarities to the two newly presented watches. The Tuna can-shape being the most obvious. Both are marked as Professional watches, and currently, both are in Seiko’s ProSpex (Professional Specifications) line-up. These watches share the same dial layout and the same style of hands. Another parity is the use of Seiko’s highly regarded and reliable C746 quartz movement. So, let’s now take a look at the differences between the S23631 and S23631. 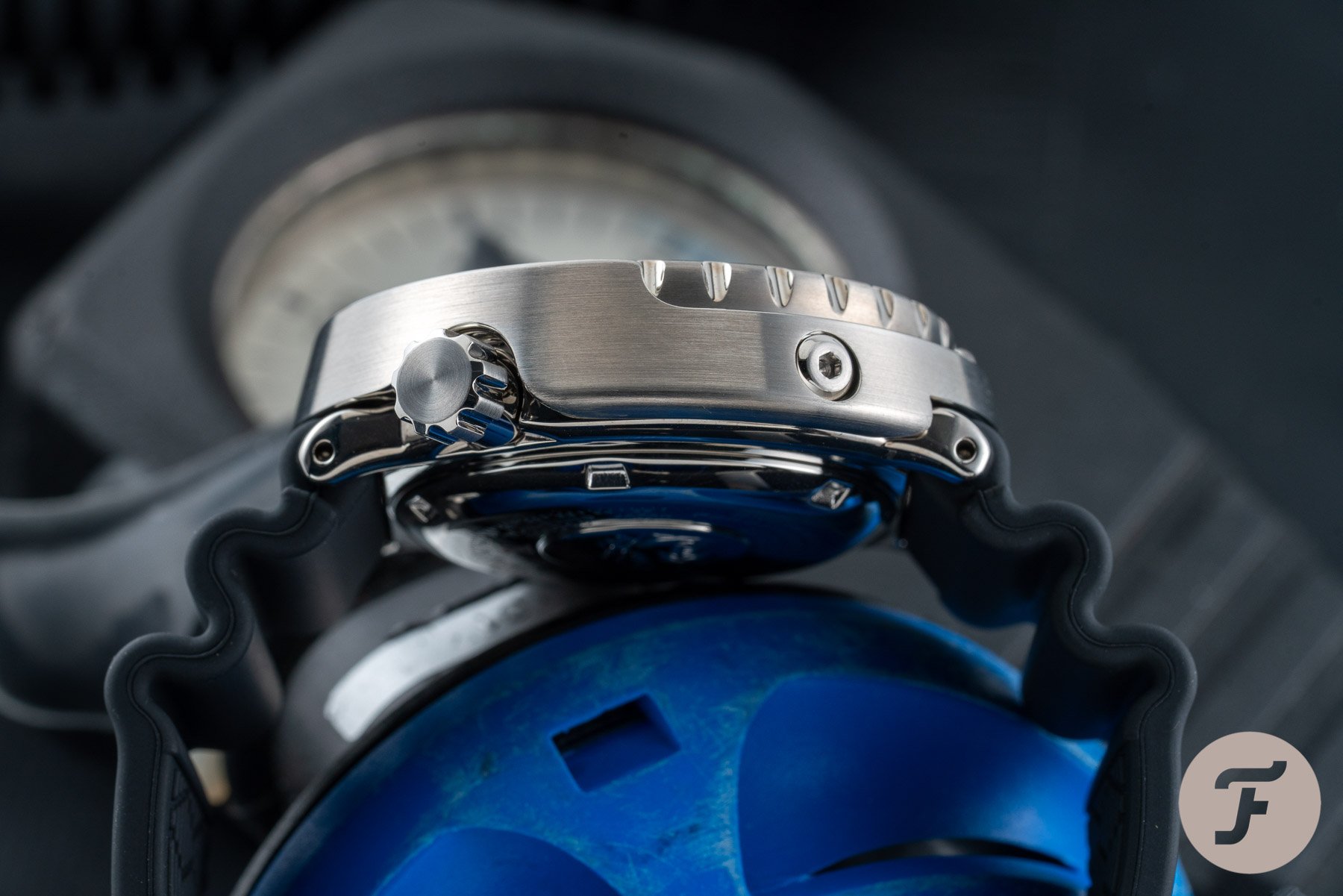 Unsigned screw-down crown of the S23629

Monobloc versus removable case back

For me, the major difference between the two presented watches here is the construction of the watch’s casing. Just like other manufacturers, in the early seventies, Seiko faced trouble when dive watches were used professionally for helium saturation diving at great depths. Dive watches blew their glass off during decompression. It pointed out that under high pressure, the inert helium gas used could enter the watch through regular gasket constructions. That would build-up pressure inside the watch, equal to the pressure outside of the watch at that depth. Then, while decompressing the diver, the helium gas couldn’t get out quickly enough, and thus the built-up pressure inside the watch caused the glass to blow off. Seiko’s solution to keep the gas out from a watch casing was found in a special type and construction of the gasket, combined with a titanium monobloc casing. 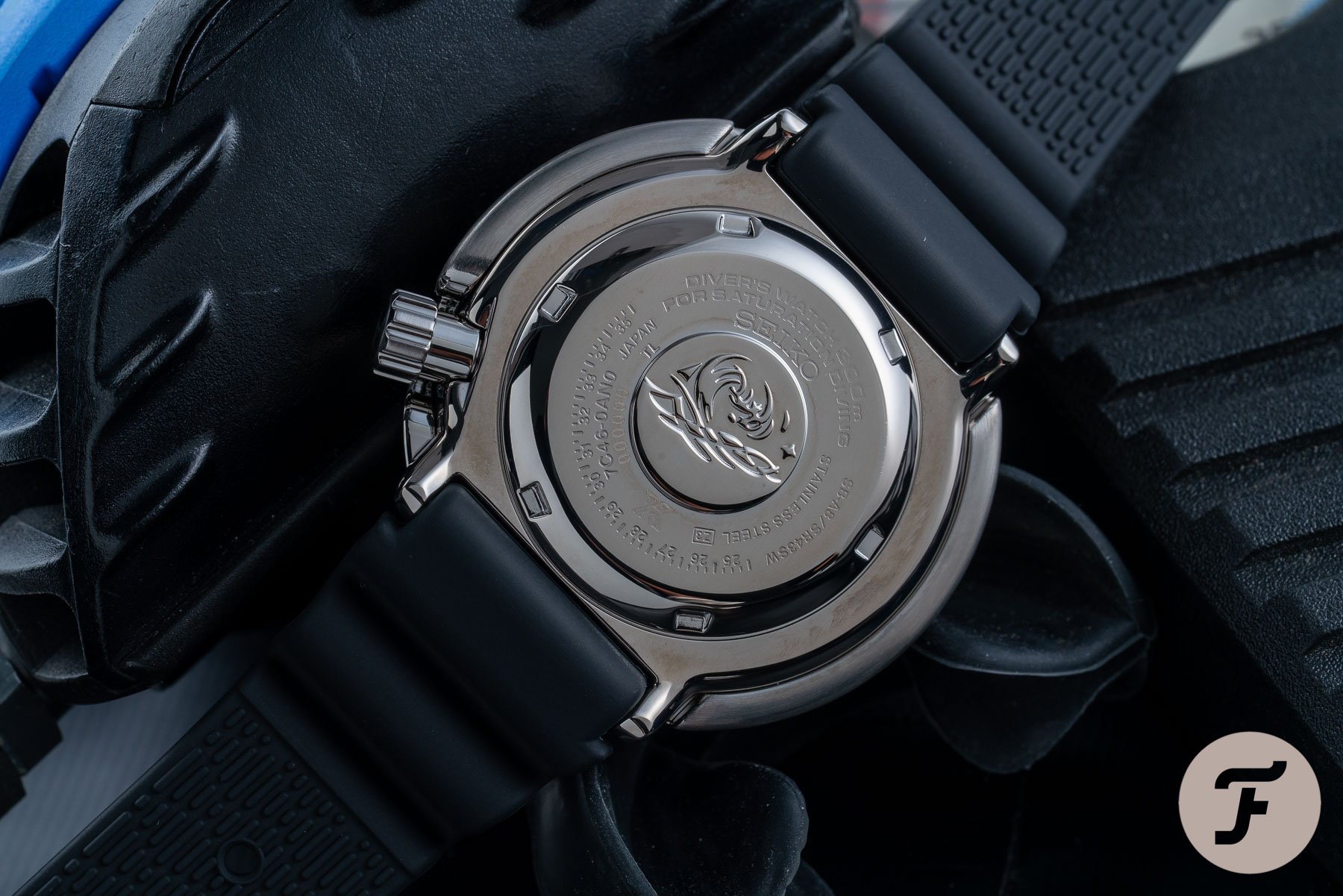 So, while regular dive watches have a removable case back, the original Seiko Grandfather Tuna has not. Consequently, for repair or battery replacement, the movement has to be taken out of the watch’s front. With the 300M rated S23629 / SBBN045 Silver Tuna, that is not the case. This watch uses a conventional construction and has a removable case back. But this, to me, it doesn’t entirely live up to the origins of the first Seiko Tuna models. Sure, it is more convenient for service purposes, so that’s something, but I prefer the one-piece front-loading design of the original. 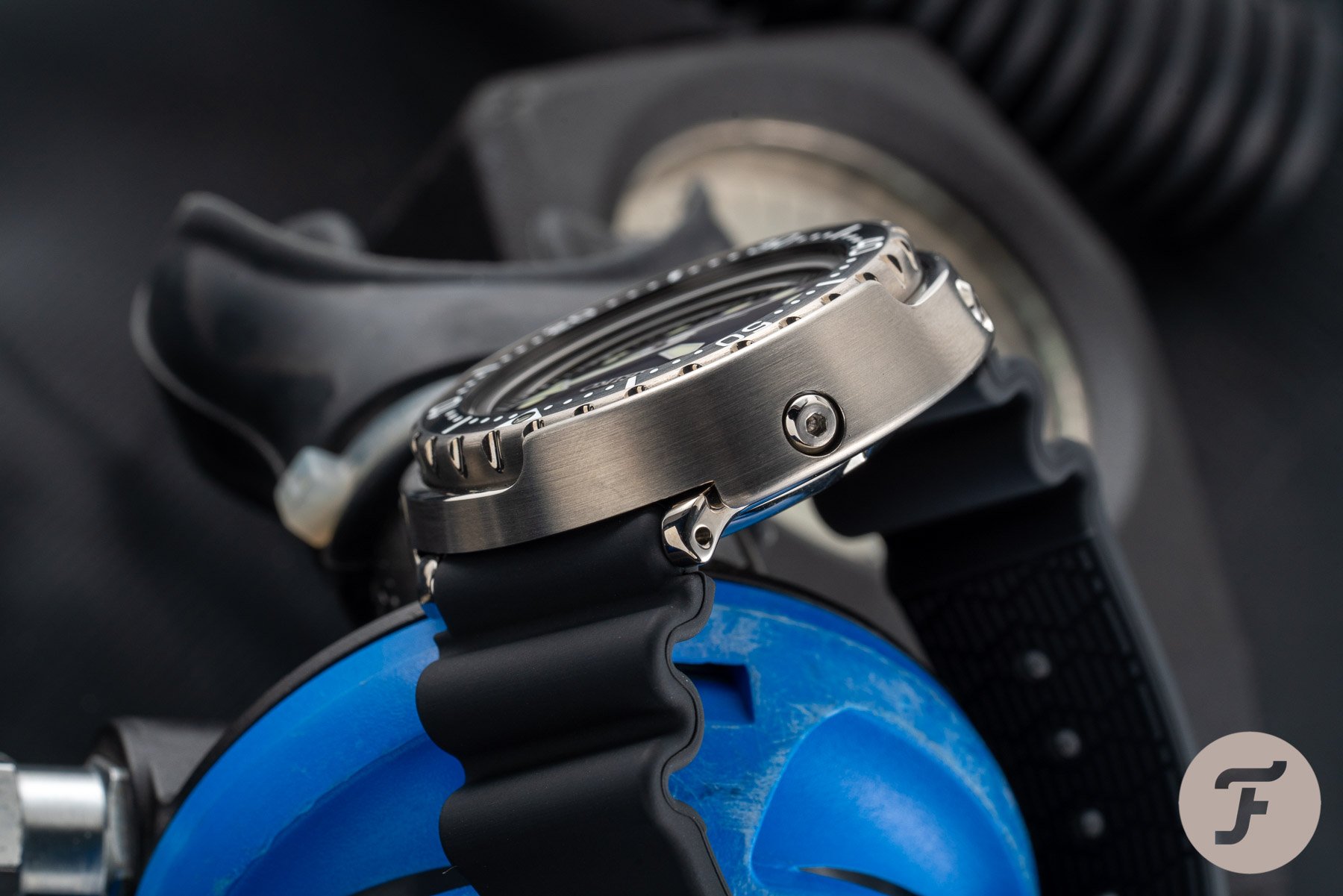 Except for the construction difference, the materials used are very different between the S23631 and the S23629. The monoblock construction of the S23631 is made of titanium. The protective shroud is made from ceramic material and only the bezel is stainless steel. With the S23629, instead of the multi-material approach, all casing components are made of stainless steel. Consequently, and although smaller in diameter, the weight of the S23629 is greater. We’re talking 118 gram for the S23631 vs. 129 gram for its smaller brother, the S23629. 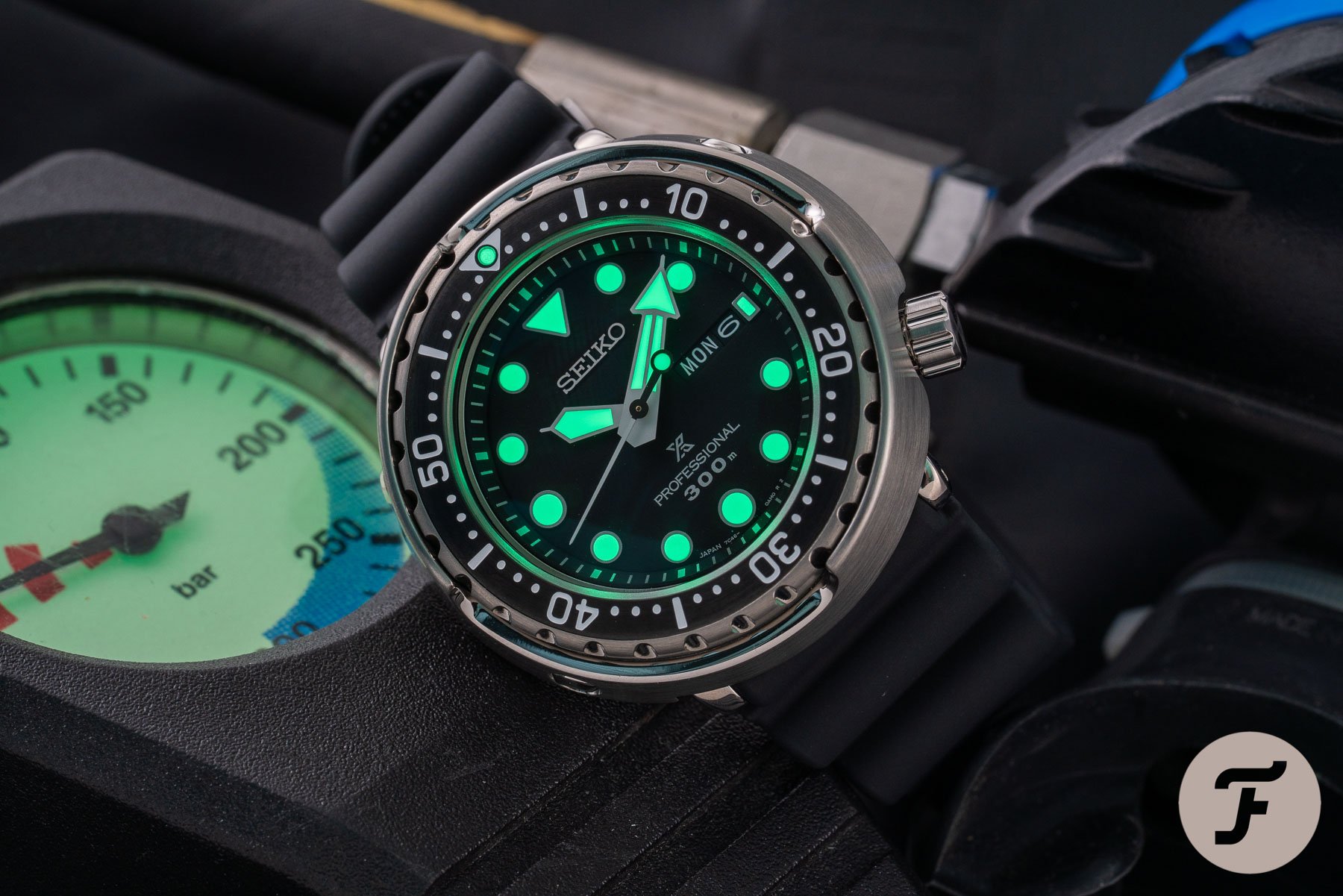 Some history to end with

The first time we saw an all stainless steel 300M quartz model in this execution was in 2008 with the SBBN015. That model and the current SBBN045 both sport a stainless steel inner casing, stainless steel shroud, and stainless steel rotating bezel with a black inlay. The quartz movement used 12 years ago? The ever-ready 7C46. The second iteration of this model was the SBBN031, introduced in 2015. Here we see quite a few updates. There are no crop-circle index dots anymore, the polarizing Monster-style hands are used, and, last but not least, the use of Seiko’s Diashield technology to protect the stainless steel shroud from little scratches. Both models were signed Marinemaster on the dial. 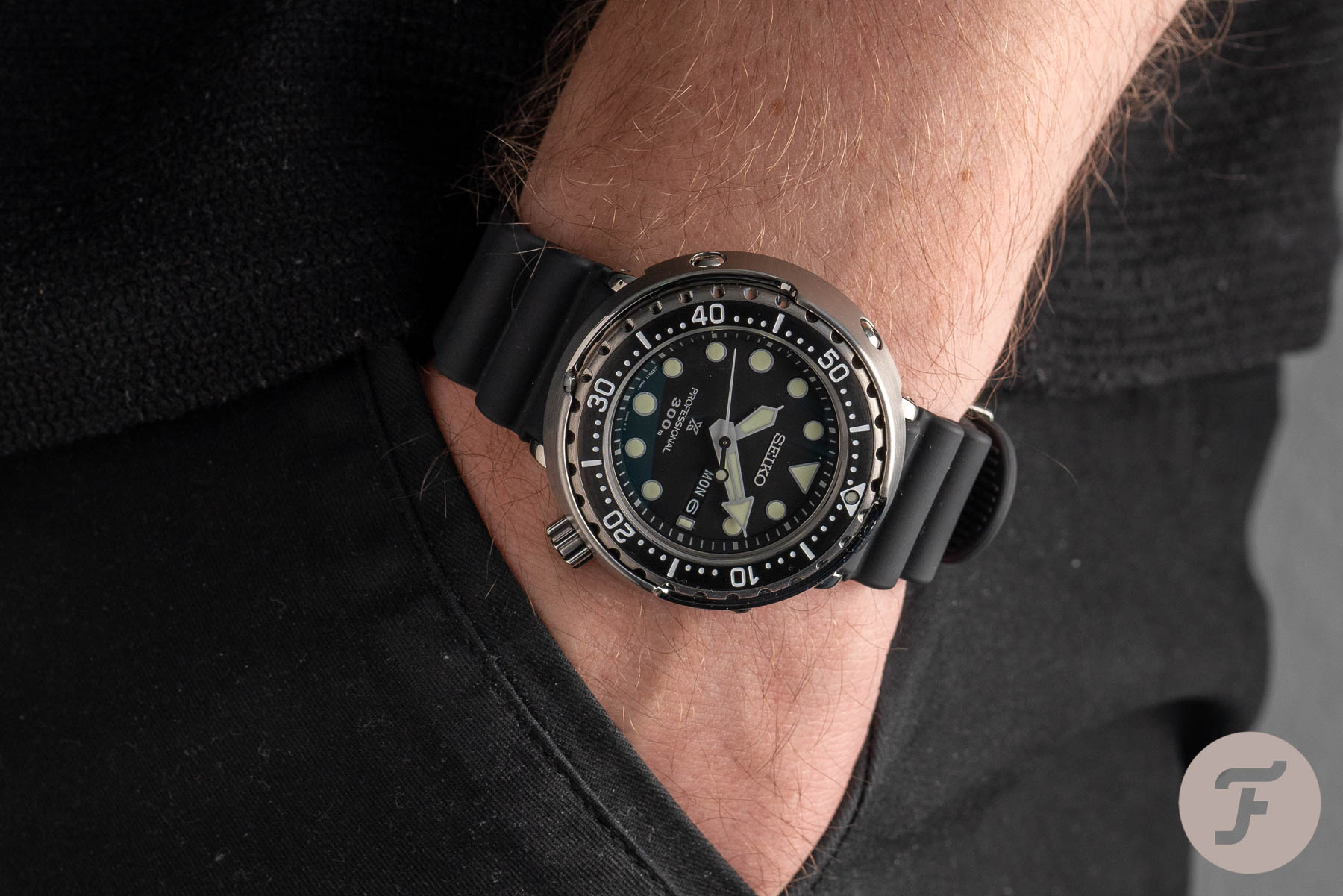 All good things were kept in the new S23629. What remained was the excellent quartz 7C46 caliber and the Diashield treatment of the stainless steel case. Like us, obviously, Seiko also heard dividing rumors about the Monster-type hands and changed them back to more classic ones. The Marinemaster marking on the dial has been replaced by the ProSpex logo for this model as well.

I’m sure Seiko has made some hardcore Tuna fans very happy with these new versions of existing Tuna models. The return of the classically shaped hands will be welcomed specifically, but we’ll have to wait and see whether the dial’s ProSpex logo is as popular as the former Marinemaster signature. The Marinemaster signature seems to have been phased-out altogether as it’s not mentioned on the case back anymore either. 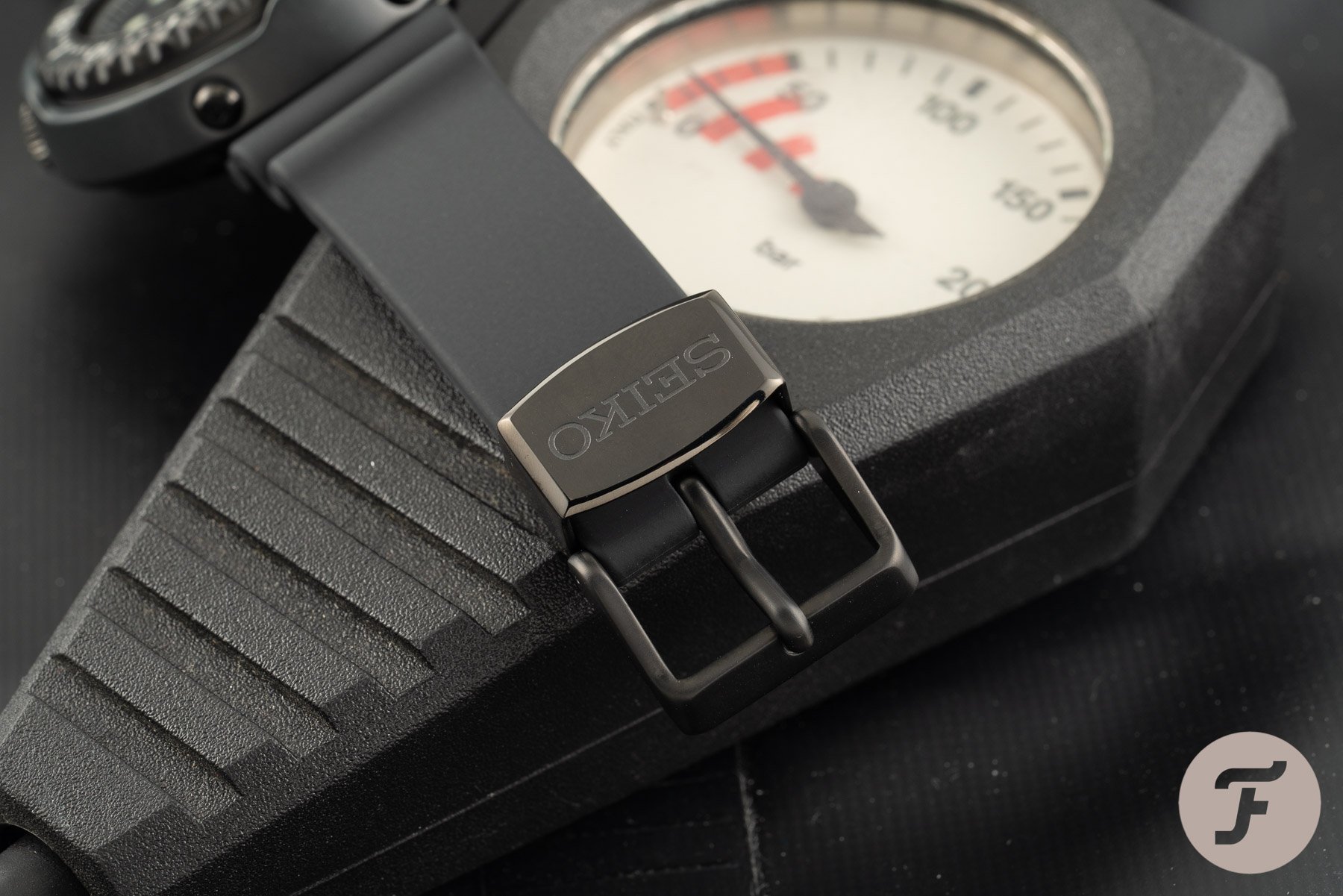 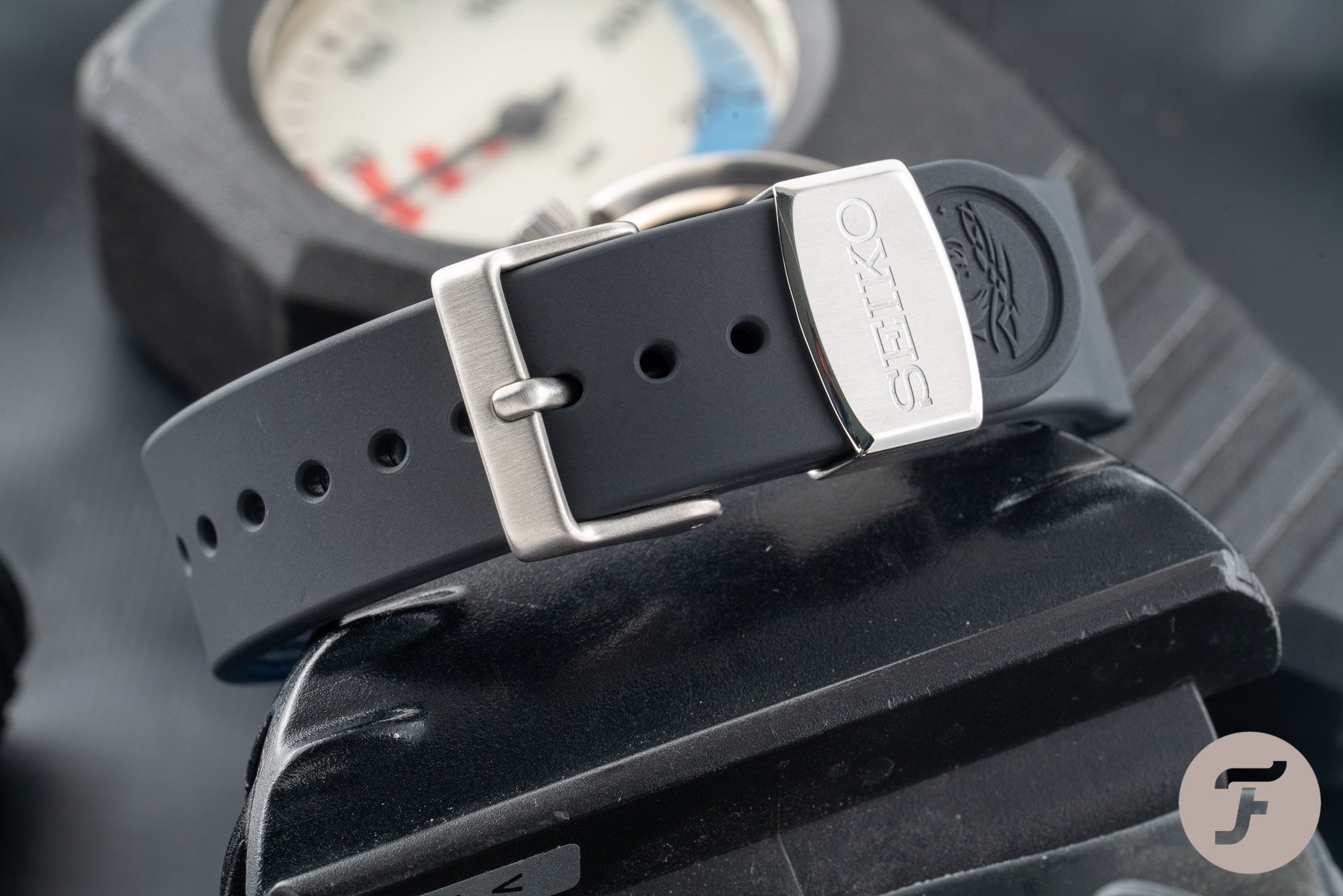