Today, we sat down to take a look at the new Seiko Sumo Prospex Diver at Baselworld 2019: an update to a fan favorite.

Sitting down to take a look at all the new models within the Seiko portfolio takes some serious concentration.  The number of introductions can be hard to keep up with and there’s a lot of detail to remember.  When we sit down, we go through Grand Seiko, all of the re-editions, the special editions, the limited models, the models supporting some sort of organization, and it truly goes on.  Trust us, we love it that Seiko brings so much to Baselworld each and every year, but sometimes we crave some good, honest pieces without a story.  Today’s introduction is such an example in the new Seiko Sumo Prospex Diver. 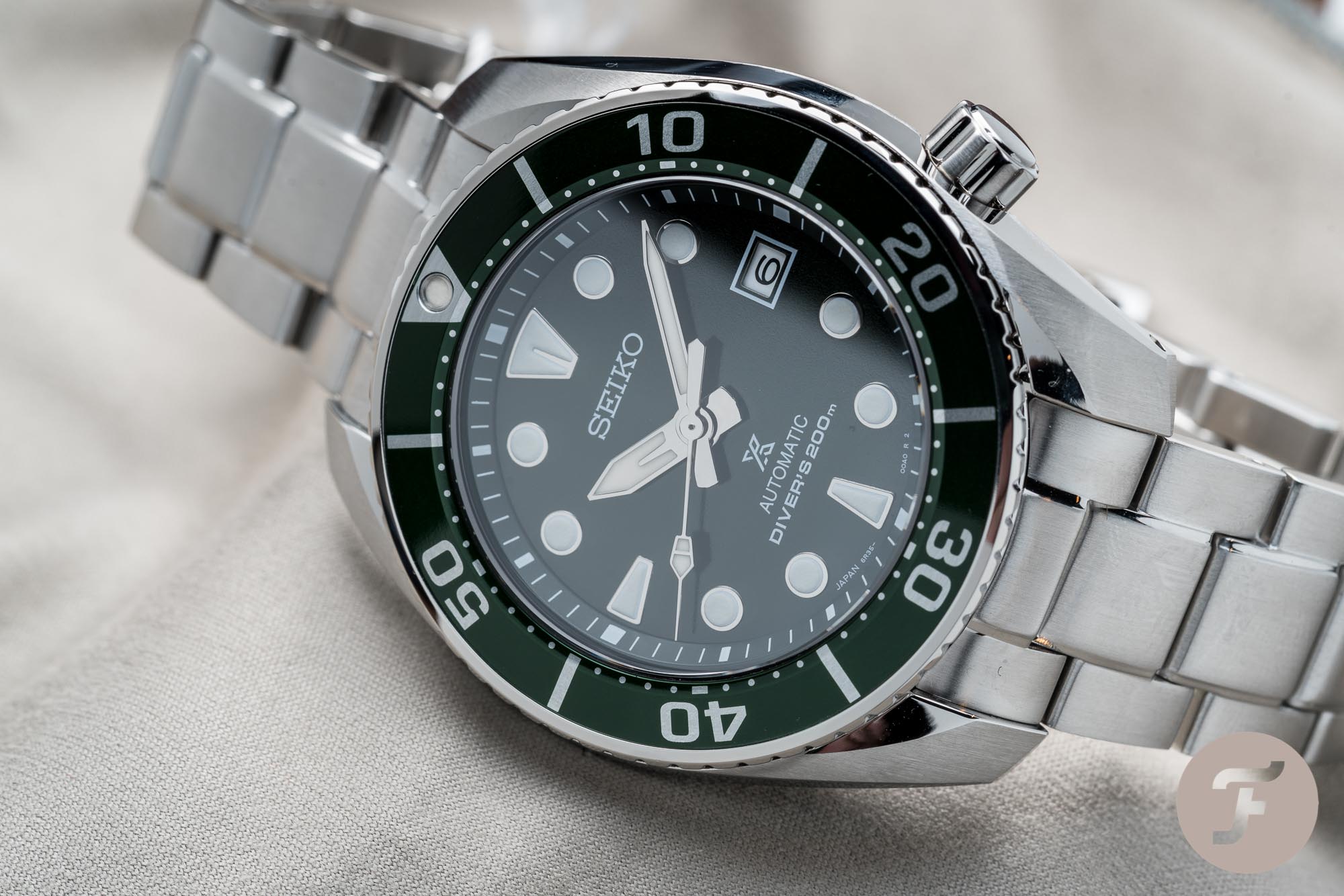 Now, to be clear, the Seiko Sumo Prospex Diver isn’t really named a “Sumo”.  It’s simply the popular Prospex diver first introduced in 2007 that slotted in below the well-known SBDX017 MM300 Professional Diver prior to the launch of the 6159 inspired SPB077/079’s that debuted last year and the 62MAS inspired SPB051/053’s from 2017.  Regarding the Sumo nickname, the site “60 Clicks” tells us that it was obtained perhaps due its chubby case in relation to its 20mm lug width or perhaps because the 12:00 index resembles the underwear of a Sumo wrestler.  Whatever the rationale, the Sumo is a real favorite amongst Seiko fans due to its high-end looks and street price of roughly 600 Euros.  We last took a look at the Sumo back in 2015 when Seiko celebrated the 50th anniversary of the 62MAS. 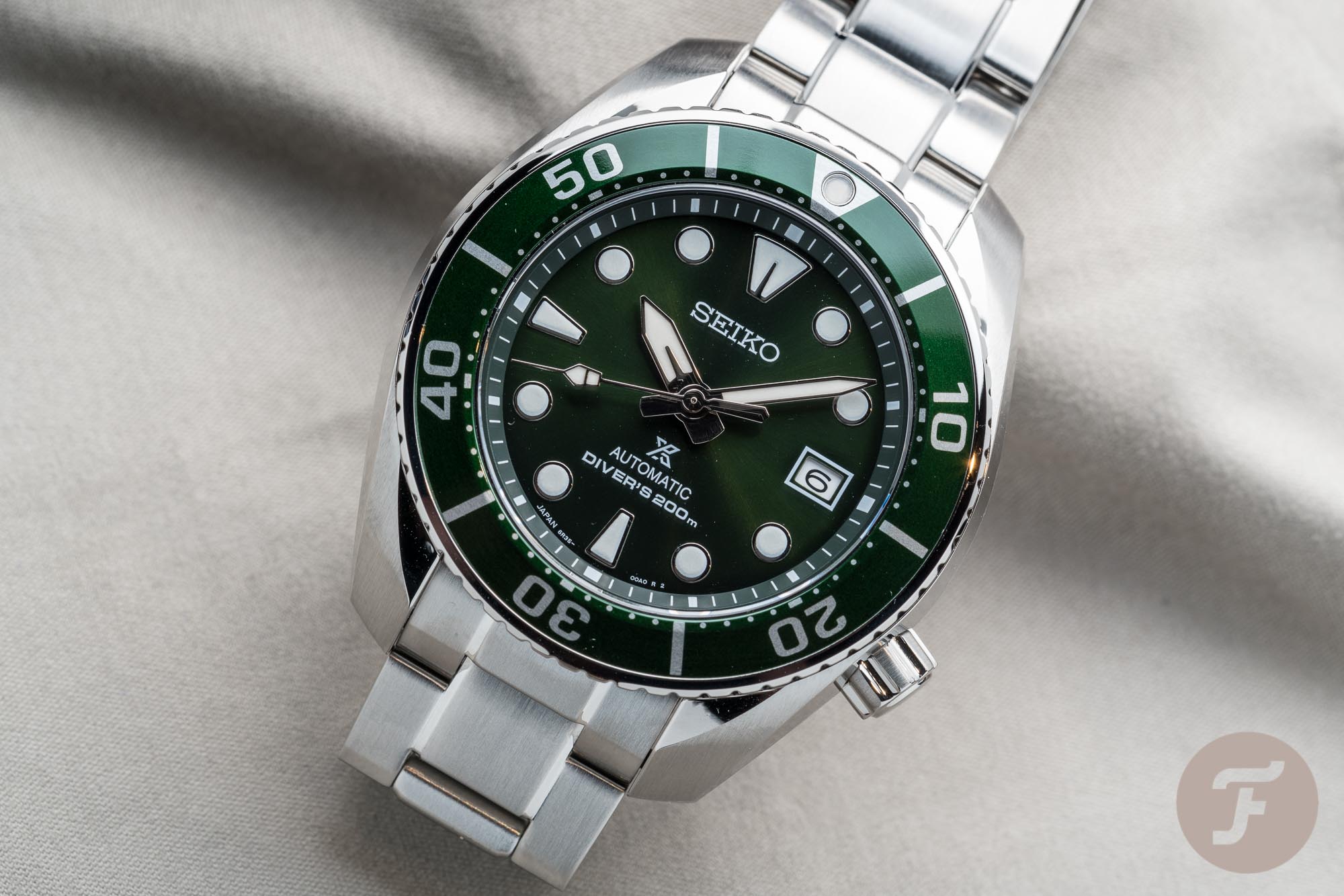 A New Movement and a Sapphire Crystal

With the new Seiko Sumo Prospex Diver, some welcome updates are here.  Firstly, and most notably, the watch brings in the 6R35 automatic.  In the last couple years, Seiko has used the 6R15 in its 1,000 Euro or $ divers such as those we mentioned above.  The 6R35 is notable for an improved power reserve of 70 hours.  Unfortunately, we weren’t able to ascertain whether the watch improves on its prior 13.5mm thickness, but the case does remain at 45mm in diameter and 52.5mm in length. 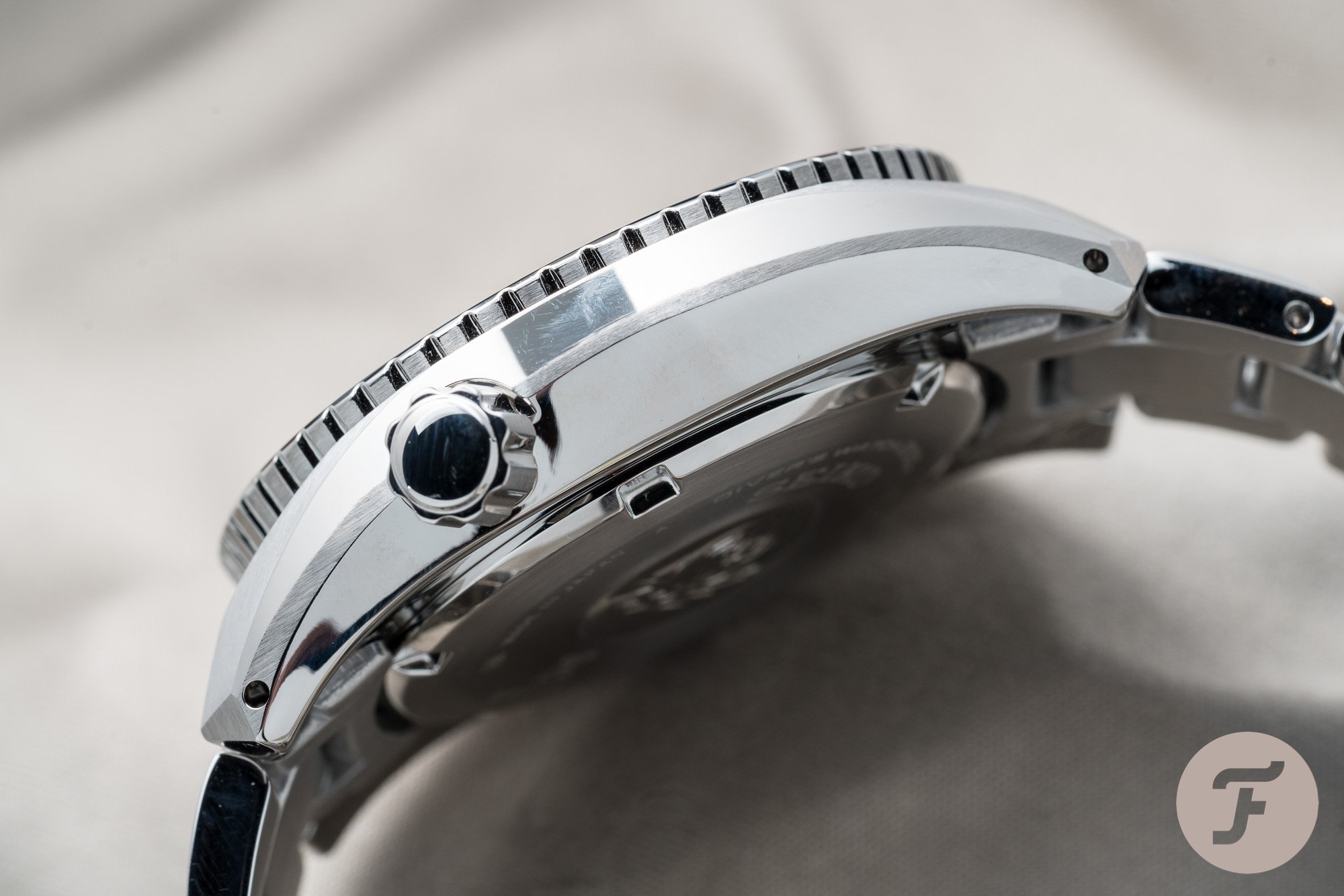 Some other updates are here for the Seiko Sumo Prospex Diver and that includes a sapphire crystal – something that Seiko seems to be phasing in for divers above the Turtle level.  Plus, and maybe this will serve as controversial, the Sumo contains a bezel with conservative font for its numbers instead of the wide, stretched numerals used in versions such as the current SBDC031.  To my eyes, the indices change slightly too.  They appear smaller and the 12:00 marker looks a lot classier.  Regarding the hands, the minutes hand is thinner and the hour hand loses its chevron and gains a bisecting line through part of the lumed surface. 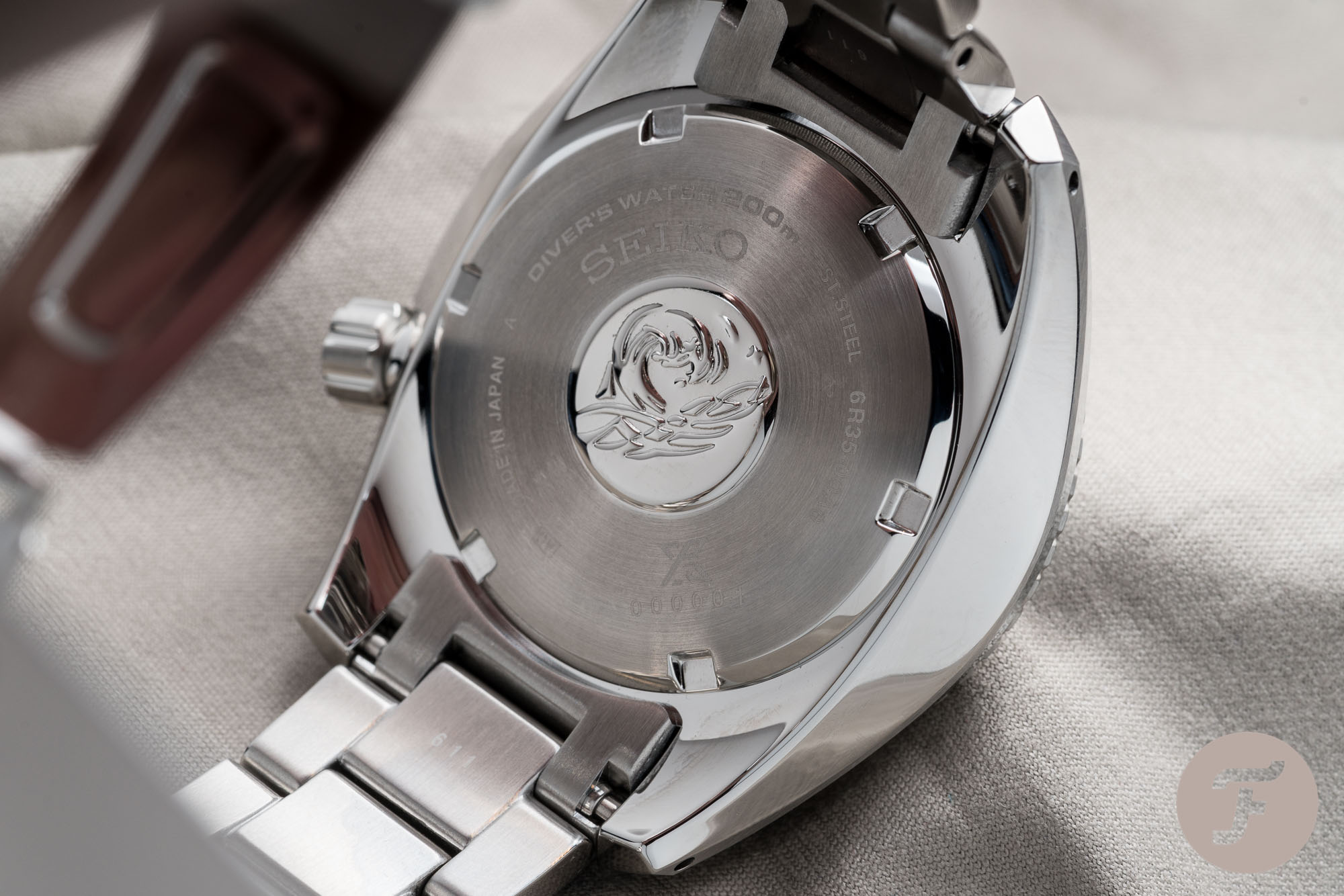 These are subtle changes, but it makes for a watch that’s more deserving of its 850 Euro price tag.  Oh, and unless you haven’t noticed, the Sumo now comes in green (reference SPB103J1)!  The black version carries the reference SPB101J1. 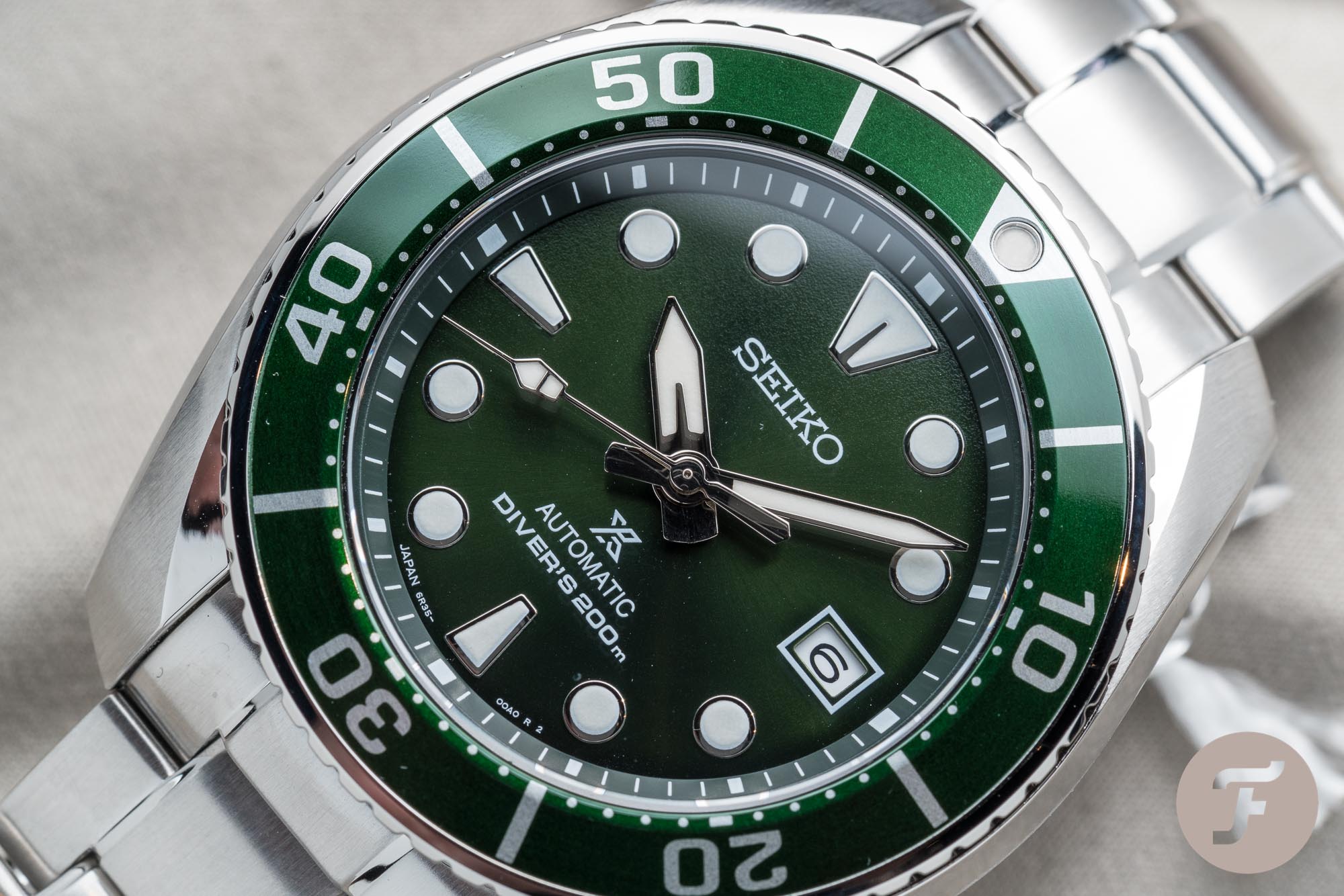 A Great Value and in Green!

For sure, there will be Seiko purists who will complain about the changes that bring extra cost to the Seiko Sumo Prospex Diver versus its predecessor, but I think that’s a short-sighted view.  At 850 Euros on bracelet, you’re getting one hell of a watch and what is still essentially a brand new movement with a crazy amount power reserve.  What’s more is that with these changes, Seiko is sending a message that the Sumo is no longer just a fun piece with a kitschy forum nickname.  No, it’s still affordable, but a lot more formidable. 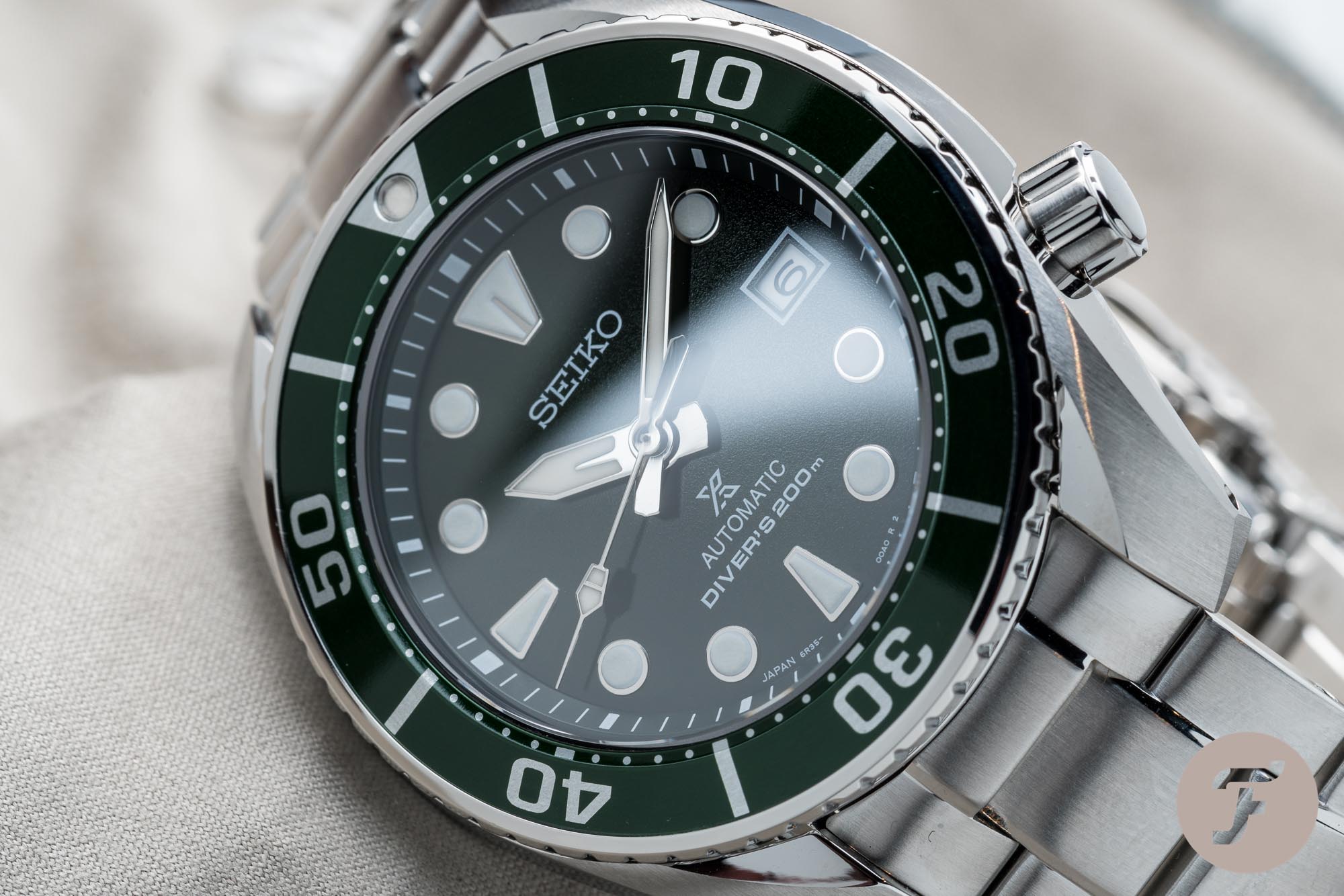 Seiko doesn’t have the new Seiko Sumo Prospex Diver on its official site as of today, but keep checking for news.