BaselWorld 2018: Speedmaster Dark Side of the Moon Apollo 8

NASA’s Apollo 8 mission in 1968 was the first flight where the astronauts orbited the Moon, see Earth entirely, witness the Earth rise and – here it comes – see the far side of the Moon. Or dark side. On their wrists, a Speedmaster.

Now, nearly 50 years later, Omega introduces you to the latest addition to the Dark Side of the Moon collection. Not a black ceramic Speedmaster Professional like we predicted a few weeks ago, but a watch based on the existing Dark Side of the Moon models. However, not with the famous bi-compax caliber 9300 movement, but with a hand-wound caliber 1869 movement. This manual winding chronograph movement is based on the famous caliber 1861 movement, but with a nickel coated balance wheel and wheels, blackened screws, blackened bridges and main plate. The latter represents the near (front) and far (back) side of the Moon. The movement can be admired from both the front and back side of the watch, due to skeletonised dial and the sapphire caseback. Laser ablation has been used to decorate the bridges and plates, so it received this lunar surface look. 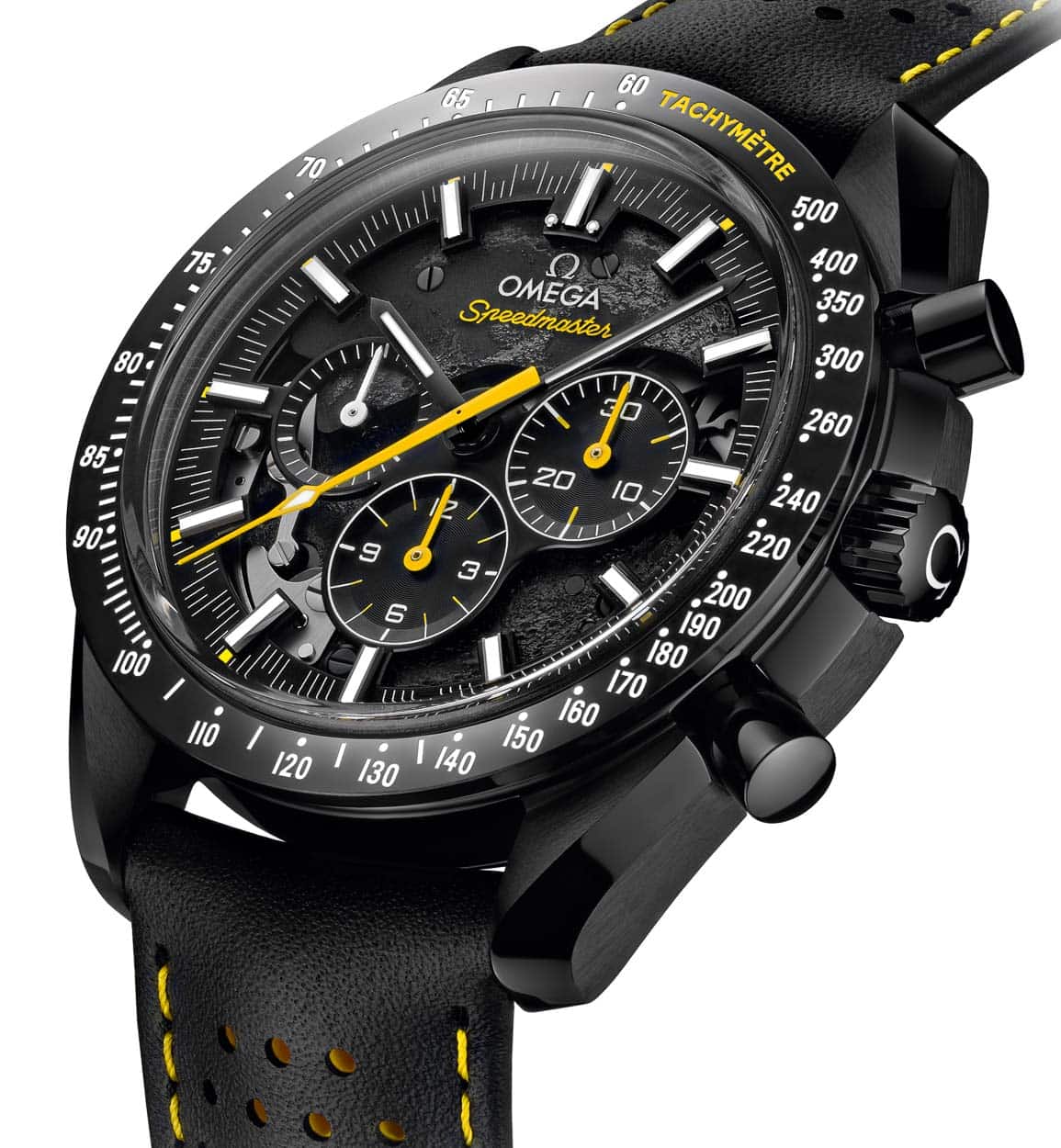 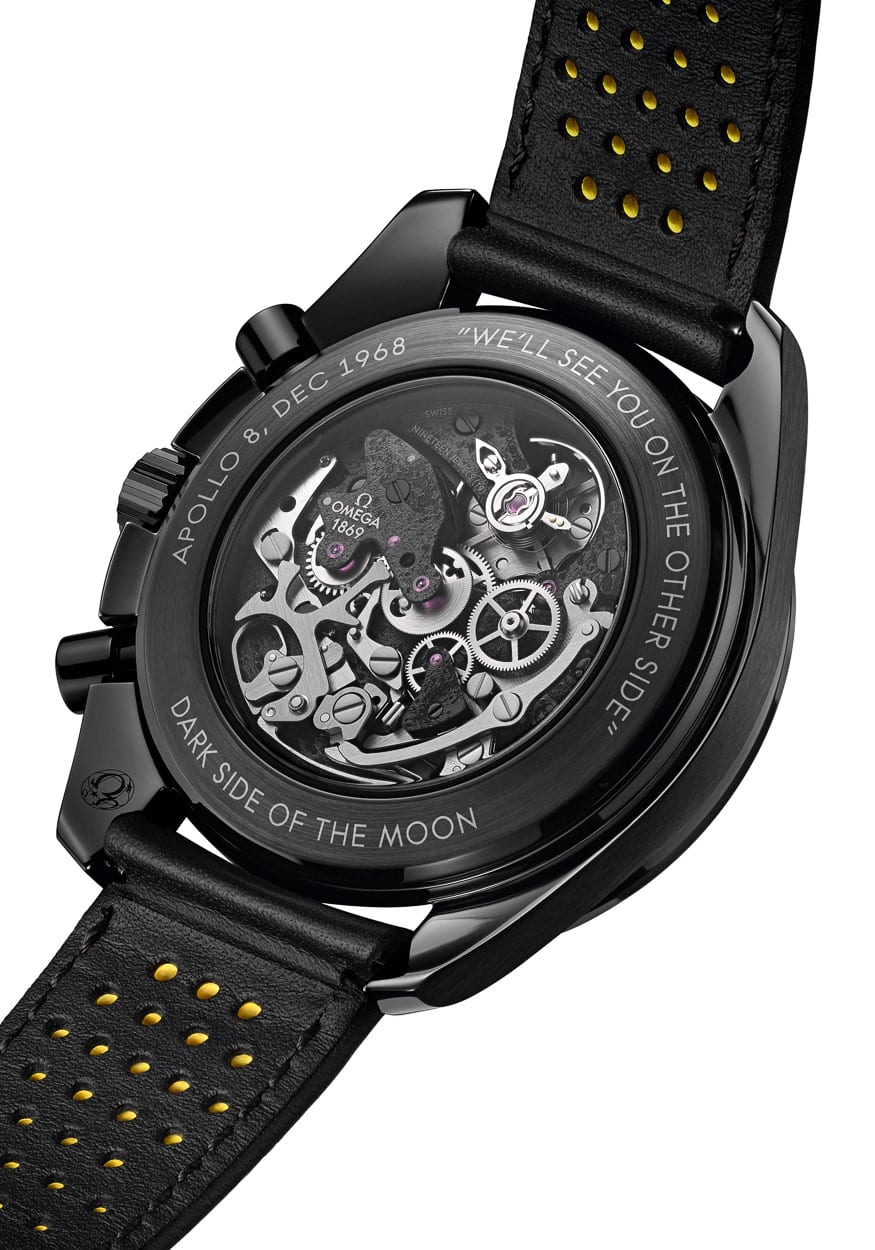 Omega used yellow as a contrasting color for the chronograph hands, hour markers, and the tachymetre word on the ceramic bezel. You will also find yellow stitching in the black racing strap as well as the (rubber) inside section of the strap, which can be seen through the micro perforations.

From the press release: “WE’LL SEE YOU ON THE OTHER SIDE” – the special words engraved on the caseback – were spoken by Command Module Pilot Jim Lovell on board the Apollo 8 mission at the start of the crew’s pioneering orbit to the dark side of the moon – a mysterious hemisphere never seen before by human eyes. Seconds before the spacecraft disappeared beyond the range of radio contact, Lovell spoke these final assuring words to ground control. 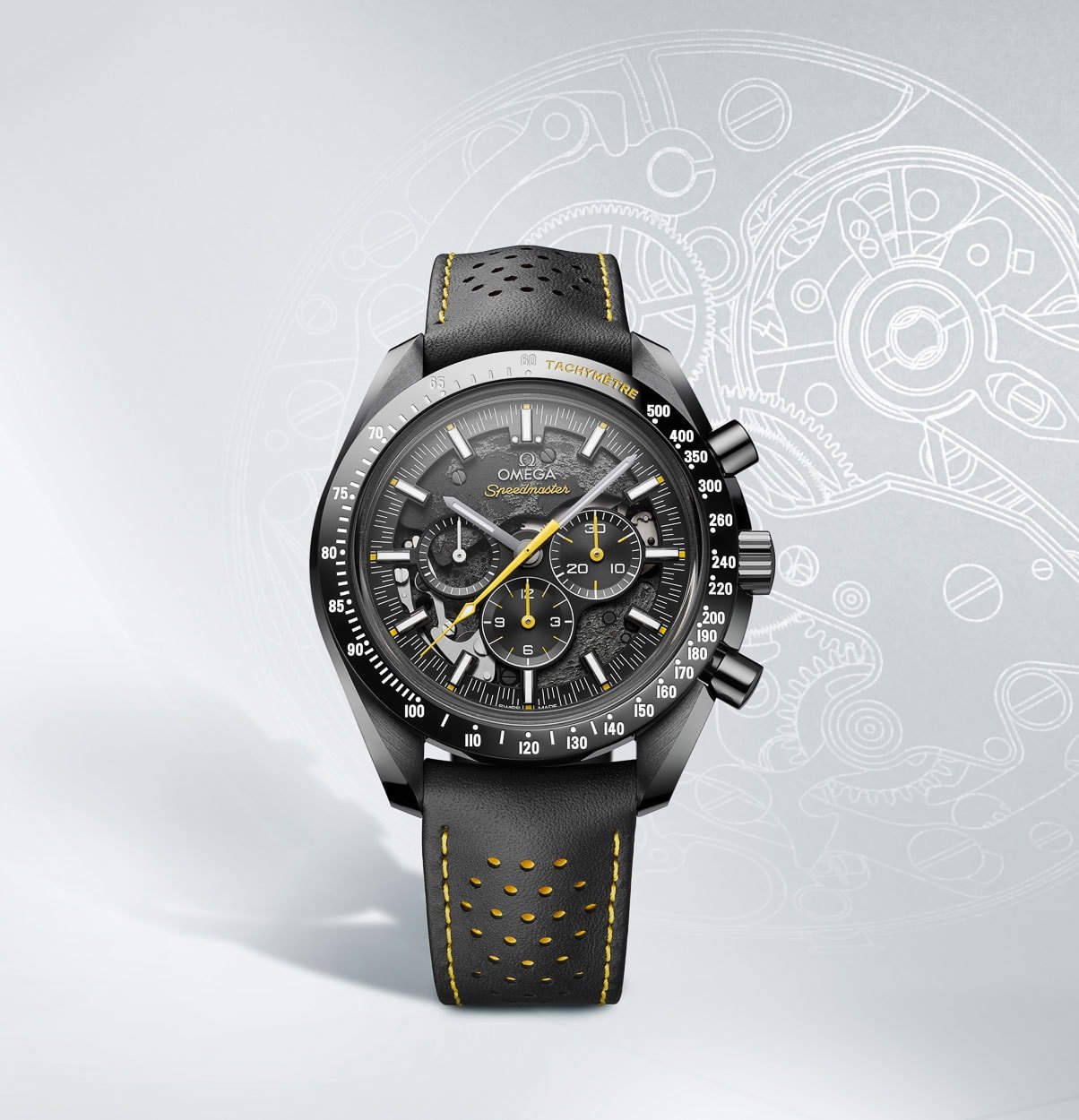