During our Speedy Tuesday event in Tokyo last October, we had special guest Sam Cossman on the stage. Although he’s best known for his viral Vulcano video, Sam Cossman is now working on a very prestigious project: Quantum Leap.

Sam Cossman is an ambassador for Omega and wears the Speedmaster Dark Side of the Moon on a daily basis. He is not an astronaut but sees himself as an explorer. In this video, Sam Cossman explains what Quantum Leap is about and how it is relevant for (future) space traveling. But before he does so, he looks back on his vulcano exploration (Wired did a nice feature on Cossman and his vulcano exploration) and his project on developing a special helmet for them that enables them to look through smoke. His Quantum Leap project is related to space though and has to do with the safe return of the astronauts on board of their spacecraft. So what happens when something goes wrong on board of the spacecraft or rocket in space? We all remember the horrible accidents with the Space Shuttle, for example. Sam Cossman elaborates on his dream to ensure these disasters will not have a fatal ending in the future. Watch the video and let us know what you think, leave your thoughts in the comments below. 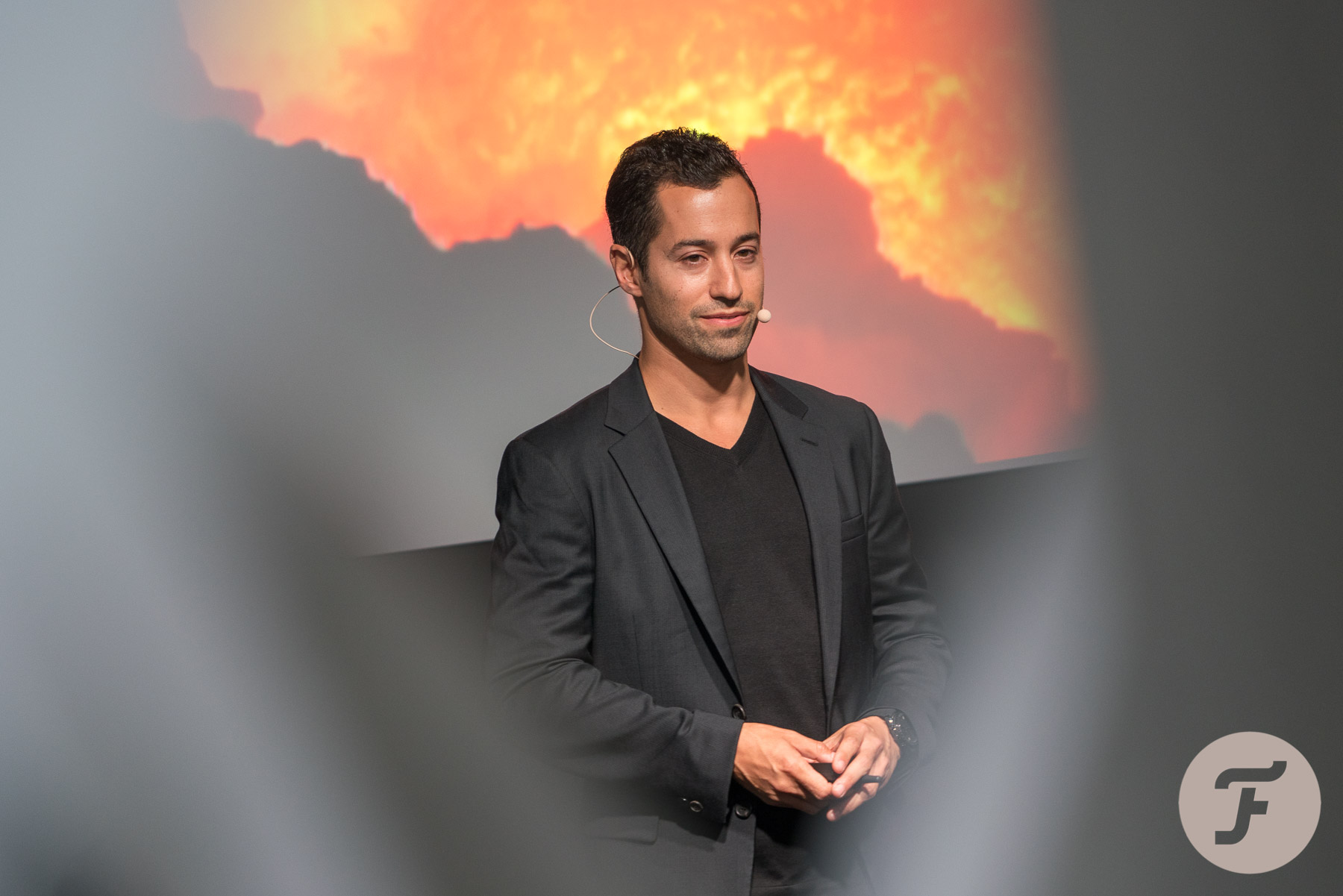 We also would like to share the panel discussion with Gregory Kissling (Head of Product Management) and Sam Cossman that took place in Tokyo. It is also here where you can hear that Omega is deeper rooted with Sam Cossman than today’s ambassadorship.

Hot Topics
Introducing: The New Seamaster Professional 300M 60 Years Of Bond — With A Special Animated Case Back
104 comments
Are You Still After An Omega × Swatch MoonSwatch?
79 comments
It’s Time To Invest In A Dress Watch — Our Picks From Breguet, Omega, Grand Seiko, And More
71 comments
Sunday Morning Showdown: The Tudor Pelagos Provocation — Pelagos Vs. Pelagos 39
55 comments
The Rolex Waitlist Conundrum — How Much Will The Price Of Your Watch Increase While You Wait?
48 comments
Popular
A Question From A Reader: “Which Modern Speedmaster Is Closest To The Original Moonwatch?”
Robert-Jan Broer
14
Rolex Submariner – Historical Overview Of A Diving Legend
Robert-Jan Broer
22
You Asked Us: Rolex Submariner vs Omega Seamaster
Robert-Jan Broer
24