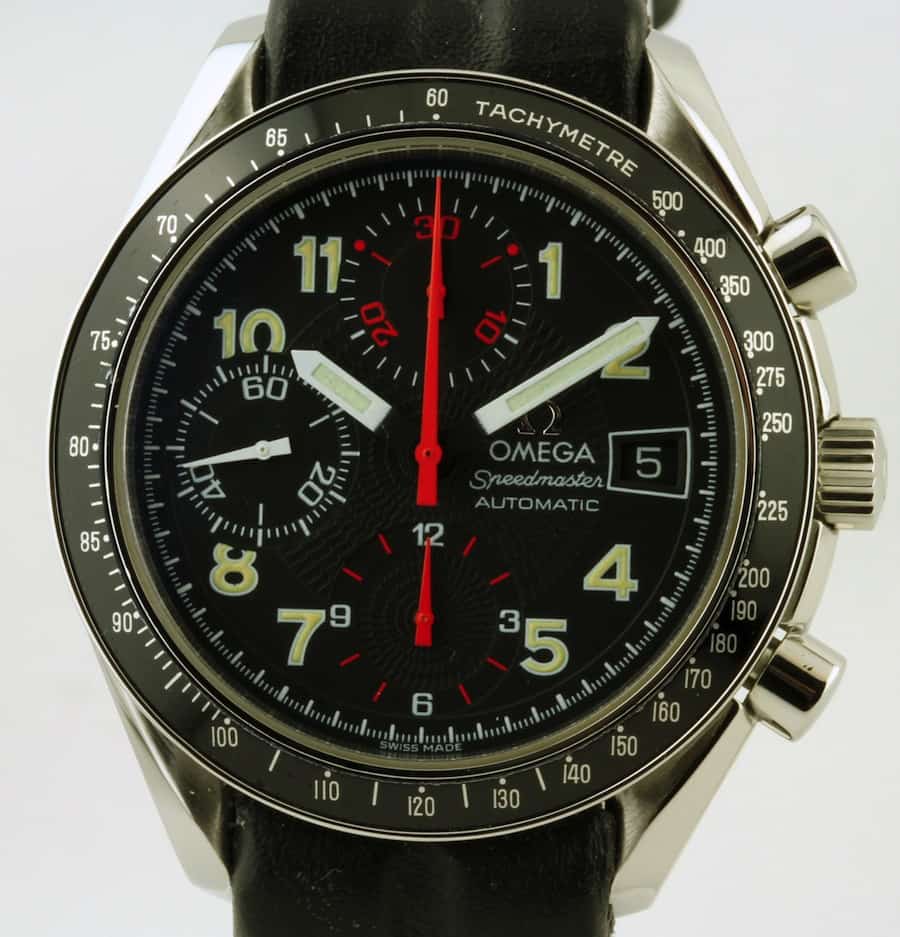 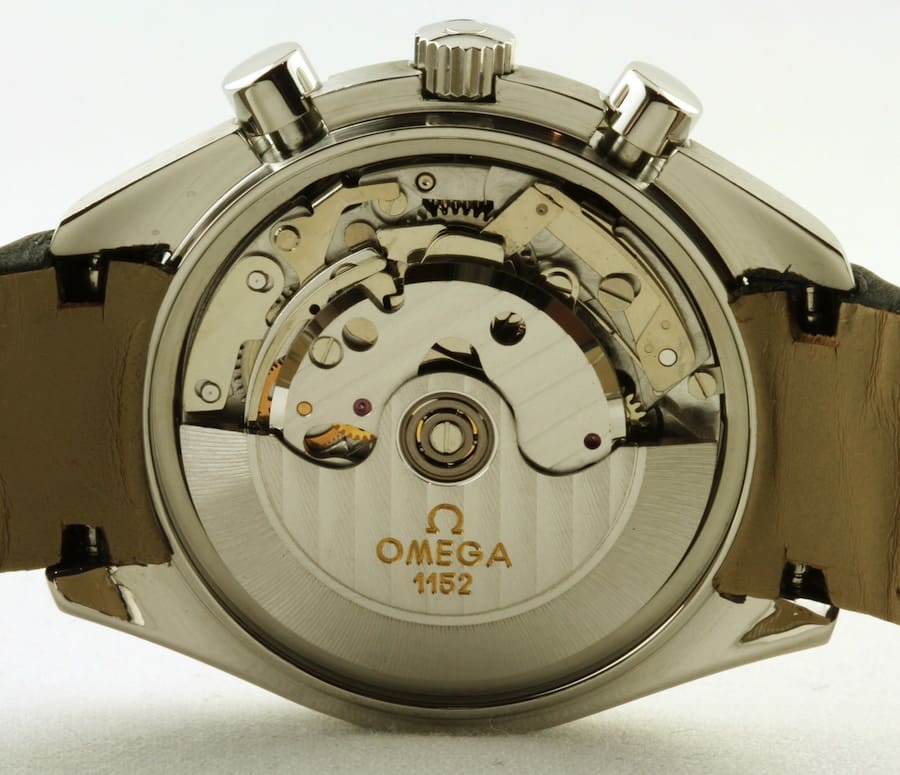 A piggy back movement is not solely for Omega watches of course, a lot of other brands used – and still do – these constructions. Even +15K Euro watches. We also see these add-on modules for moon phase complications for example. It is not a bad thing. 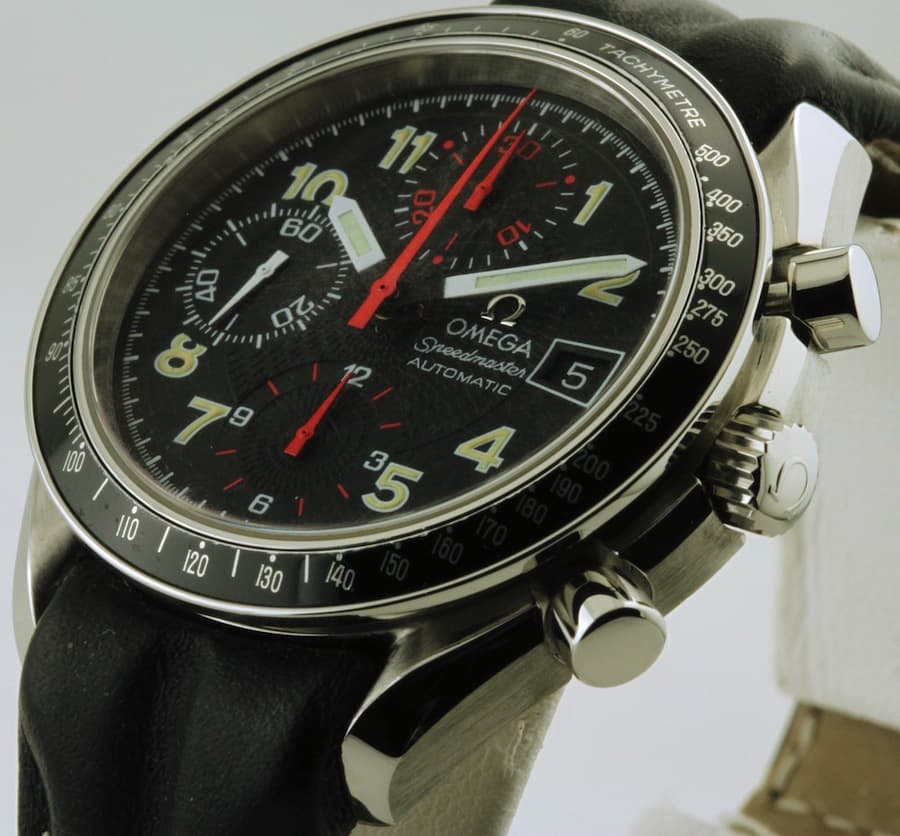 Cool thing about this Japanese Speedmaster are the red accents on the dial and the motif on the dial. The dial is more ‘bold’ than the regular Speedmaster Pro or Speedmaster Reduced from that time period. I am very tempted to call this a ‘Racing’ dial as well, but this would become confusing as we already defined some other Speedmasters as ‘Racing’ editions (here and here). 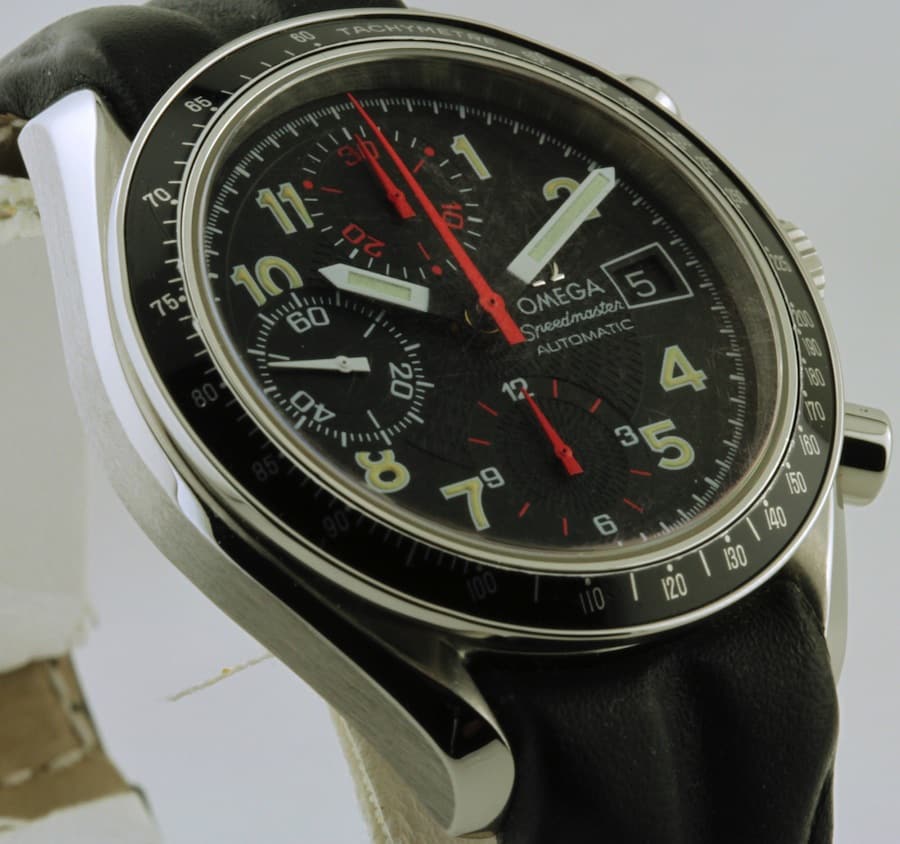 The caseback of this Speedmaster has the famous Seahorse embossed in stainless steel, no further text has been engraved. There are also no optical signs that it concerns a limited edition or special edition for the Japanese market here. 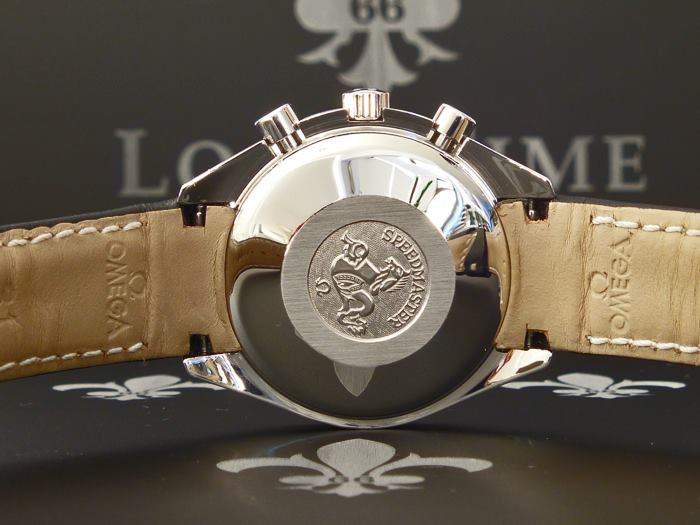 Originally. this watch came on a leather strap (as pictured above) although we’ve also seen this exact watch on a stainless steel bracelet (polished small links between the center link and outer links). Just like the Speedmaster Reduced, this Speedmaster 3513.53 also has a sapphire crystal (instead of a plexi Hesalite crystal as the ‘Moonwatch’).

Thanks to our friend Andreas Gregoriades who sent us the pictures of this special Speedmaster watch.

P.S. Don’t forget to sign up for the most exciting Speedmaster event ever, hosted by Fratellowatches and Omega SA in the Space Expo, ESA-ESTEC’s official visitor’s center. More information and registration here. Only limited availability, so act quick!

Hot Topics
Introducing: The New Seamaster Professional 300M 60 Years Of Bond — With A Special Animated Case Back
105 comments
Are You Still After An Omega × Swatch MoonSwatch?
98 comments
Introducing: The Oris Divers Sixty-Five Fratello Limited Edition
77 comments
It’s Time To Invest In A Dress Watch — Our Picks From Breguet, Omega, Grand Seiko, And More
73 comments
The Rolex Waitlist Conundrum — How Much Will The Price Of Your Watch Increase While You Wait?
50 comments
Popular
#TBT A Vintage Seiko Buyer’s Guide to Affordable Goodness
Michael Stockton
32
Hands-On With the Seiko Prospex SRPC91K1 – Save The Ocean
Robert-Jan Broer
15
You Asked Us: Rolex or Tudor
Gerard Nijenbrinks
9