It’s Speedy Tuesday! After our in-depth hands-on review of the new Omega Speedmaster ’57 Caliber 9300 and introduction of the new Speedmaster Mark II on last week’s Speedy Tuesday, it is time to give some vintage love again. One of our loyal Speedmaster readers and fans, Santosh from the USA contacted us a few months back to tell us he had a non-working Speedmaster LCD caliber 1620 reference 186.0005 (we covered the Speedmaster LCD in the past, here and here). He already had been in touch with a service center, but the movement was just dead and there was no way it could be fixed. Our suggestion was to find a ‘donor’ watch on eBay or other source of vintage watches and swap the movement(s). 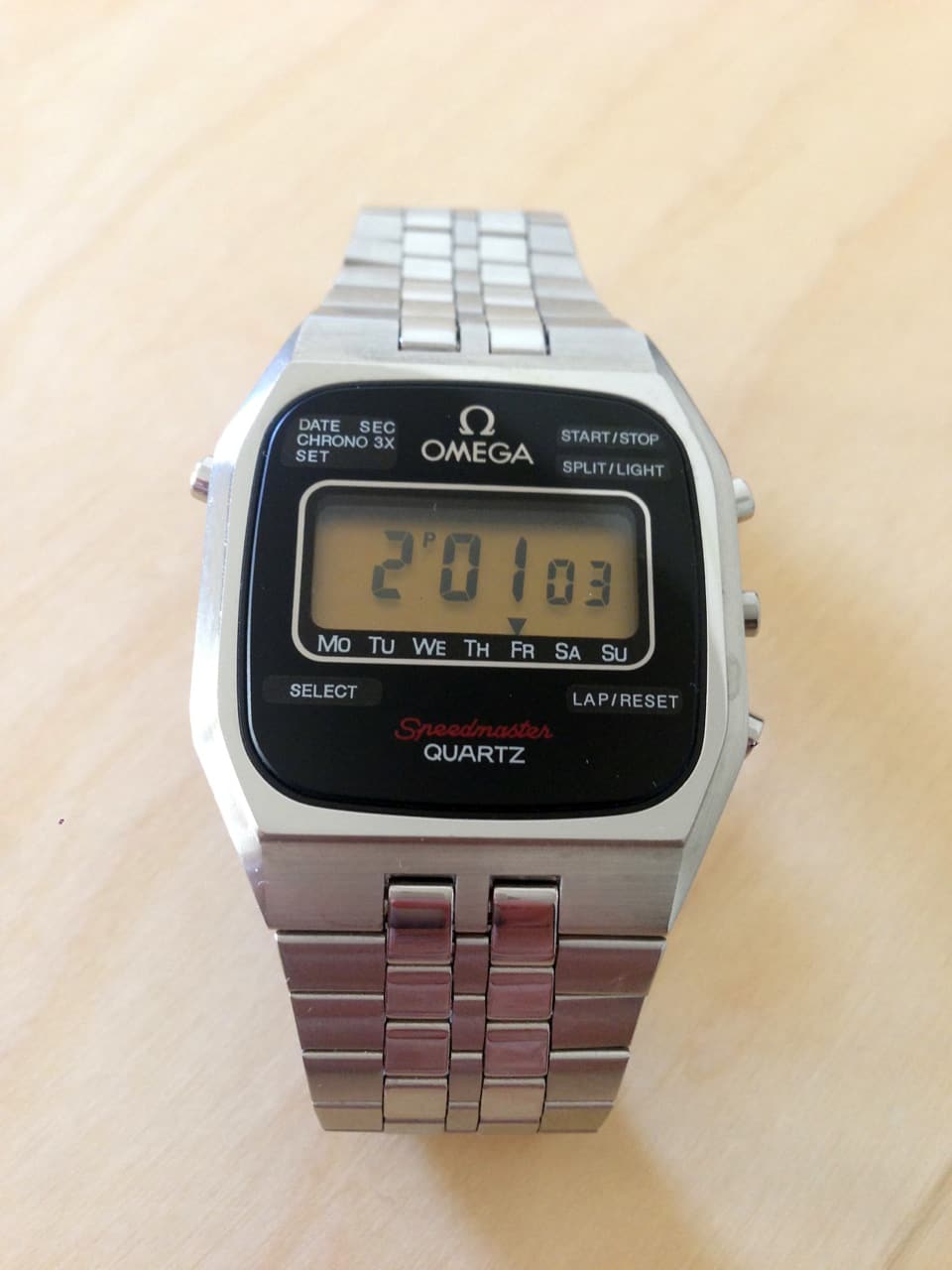 Last week, Santosh e-mailed us that he’d found a donor Speedmaster LCD watch in gold (plaque) with a working caliber 1620 quartz movement. This gold Speedmaster LCD also has a display that has a gold-ish tint, which – in our opinion – looks awesome in his original stainless steel model.

He sent us the following photos of his Speedmaster LCD that was recently brought back to life again. 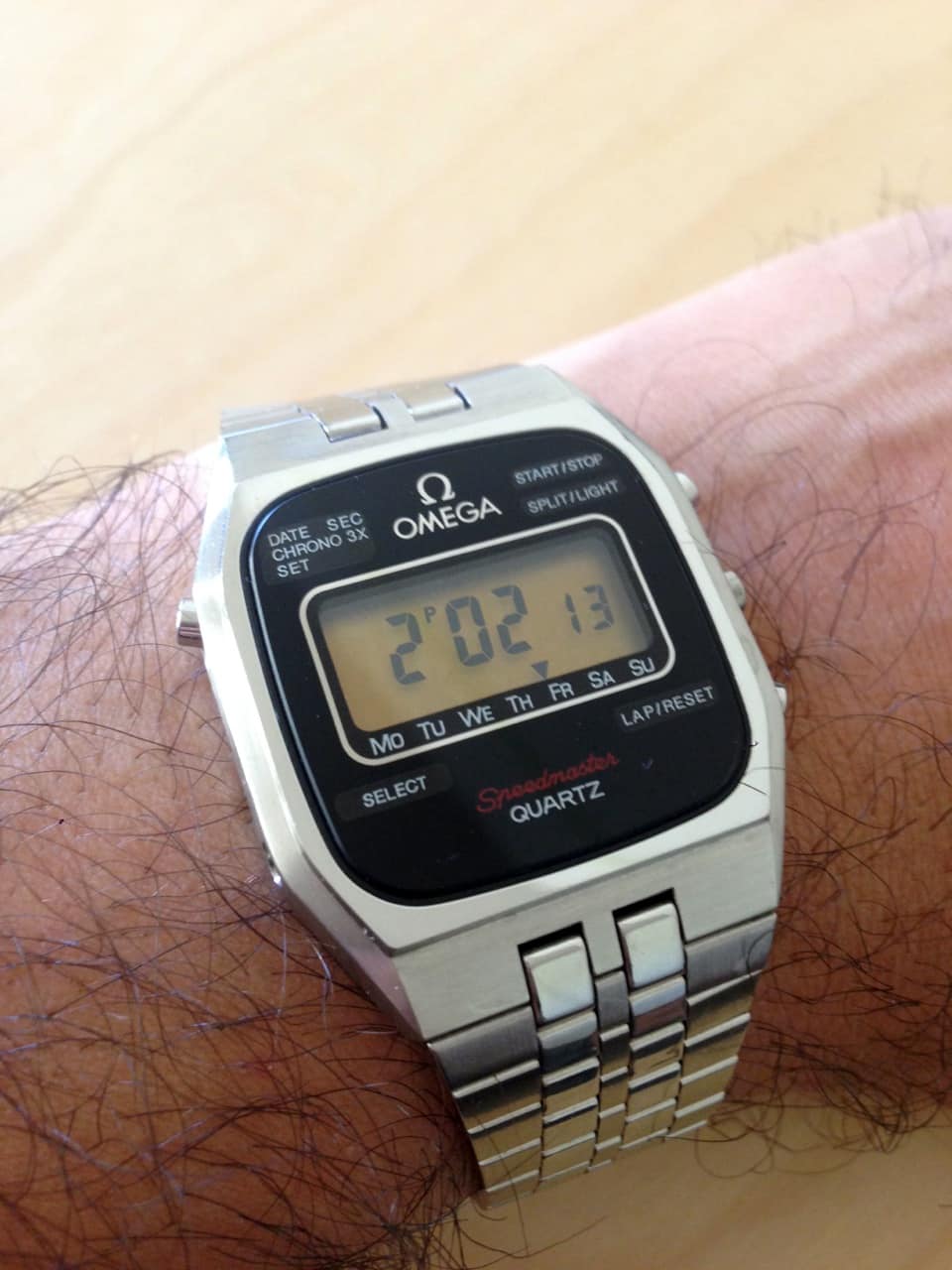 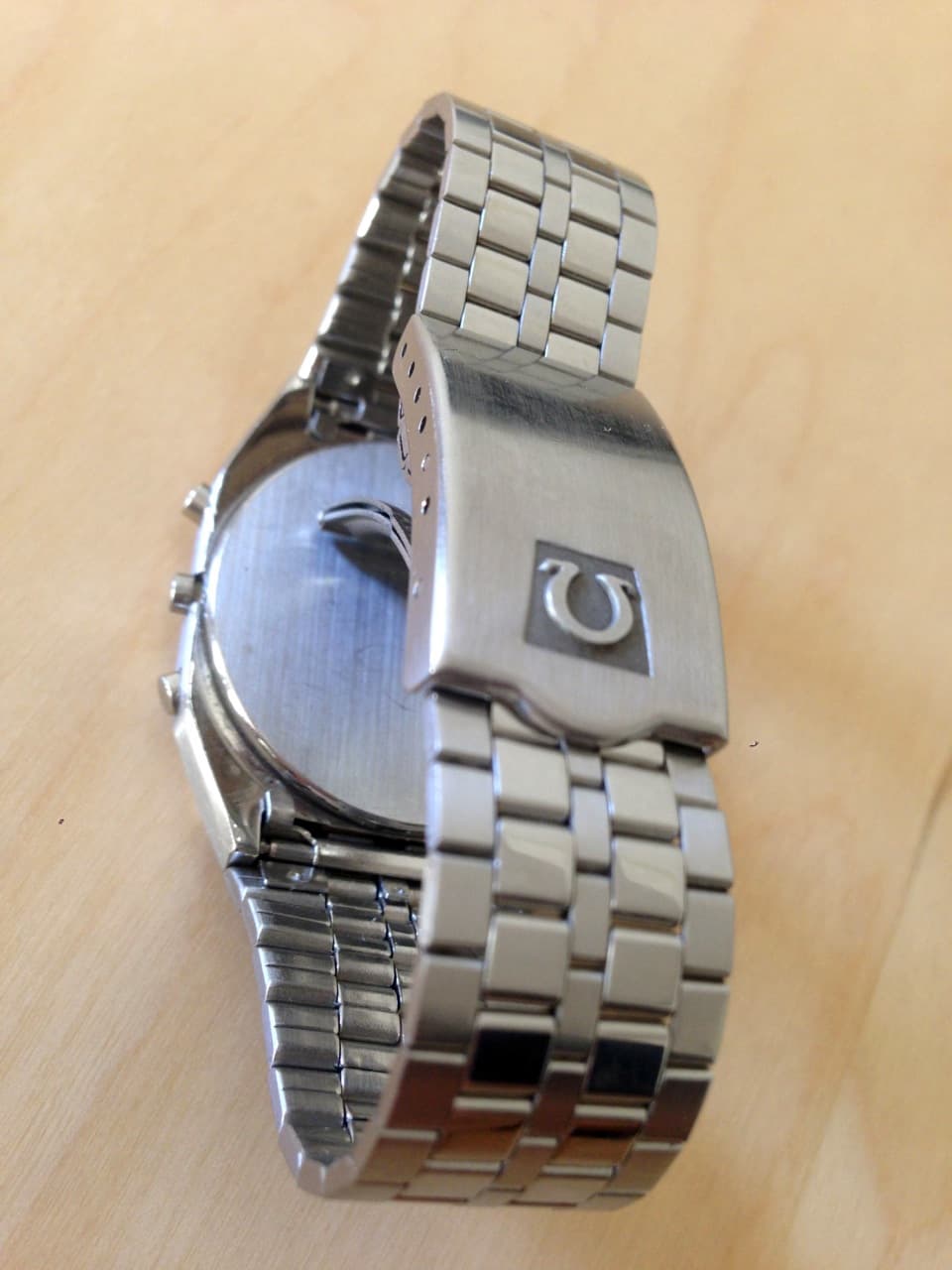 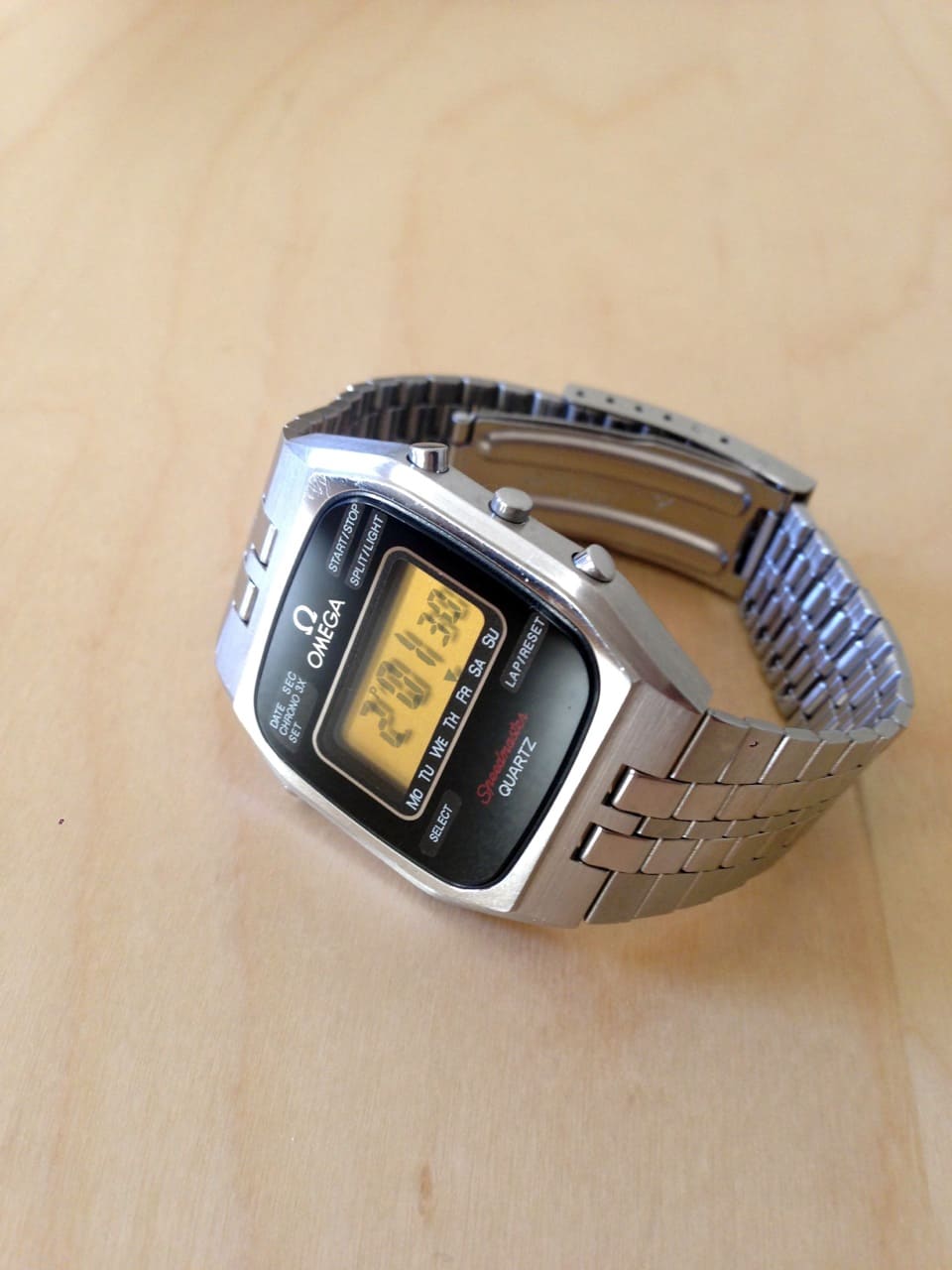 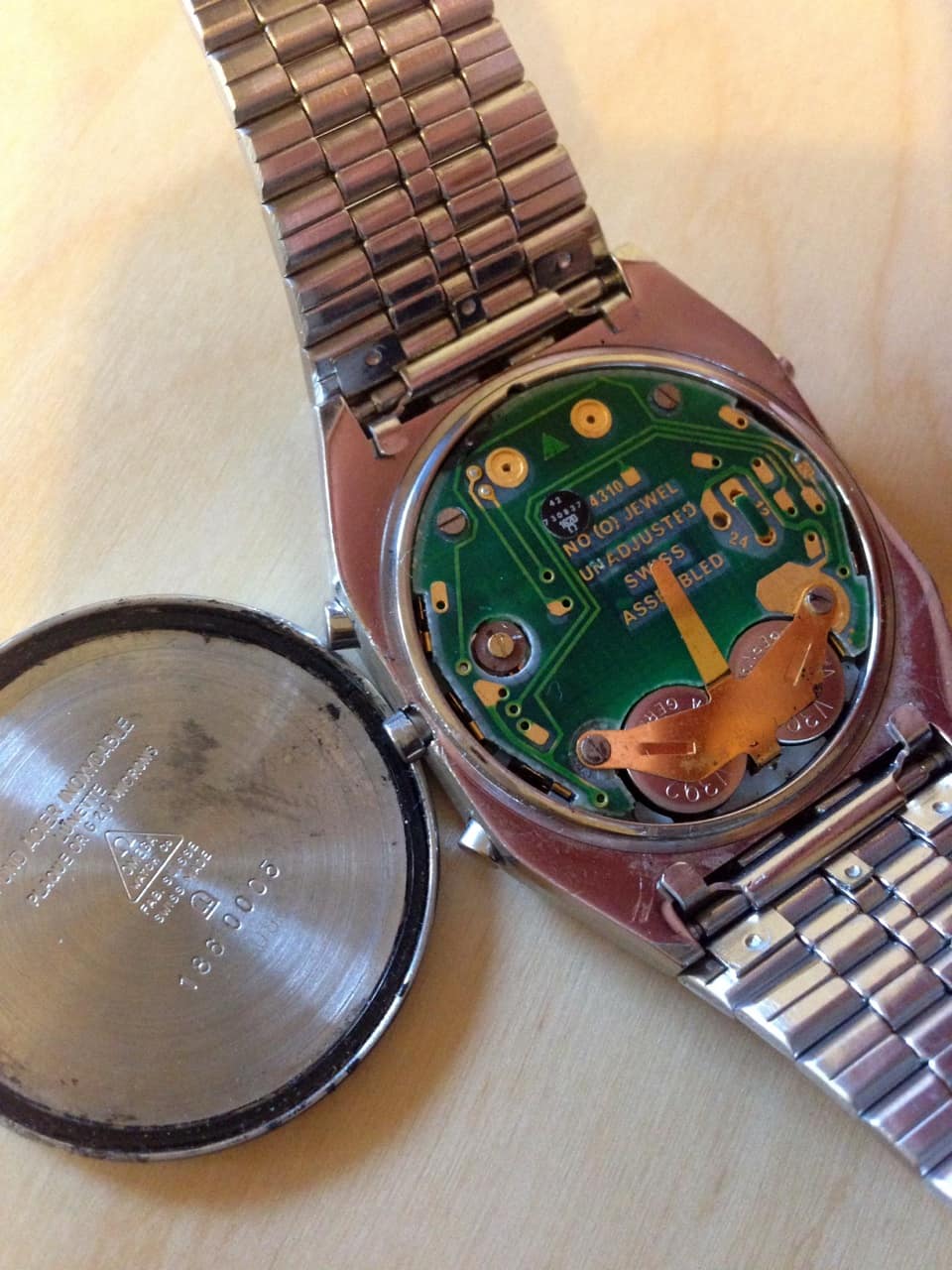 Even though these watches are relatively cheap digital quartz watches, they are part of the Speedmaster legacy. Collectors know how to value them and in the case of Santosh, he also let us know that he loves wearing his.

An interesting – but 14 year old – write up on the Omega Speedmaster LCD watch can be found here.

Hot Topics
Laventure Automobile Chronograph With A Proprietary Movement — Marking A Huge Leap Forward For One Of The Industry’s Most Promising Brands
155 comments
Fratello Exclusive: An Inside Look At The MoonSwatch Production Facilities
75 comments
Selling Your Watch To A Dealer Or Trading It In — Tips From A Former Watch Dealer
49 comments
Summer Splash — Round 2 : Jorg’s Tudor Pelagos FXD Vs. Lex’s Hublot Big Bang Integral Ceramic Sky Blue
47 comments
The Top 10 GMT Watches Right Now — From Ball, Grand Seiko, Tudor, And More
44 comments
Popular
A Question From A Reader: “Which Modern Speedmaster Is Closest To The Original Moonwatch?”
Robert-Jan Broer
13
Rolex Submariner – Historical Overview Of A Diving Legend
Robert-Jan Broer
22
(From The Archives) Shut Up & Read The Truth About Cartier Watches
George Cramer
21