A topic that kept our friend TLIGuy occupied for a while has to do with the use of calendars by astronauts during their mission. In fact, he asked a few astronauts about the H-shaped calendar they wore on their JB Champion bracelets, and at some point, he received an answer by one of them via e-mail. 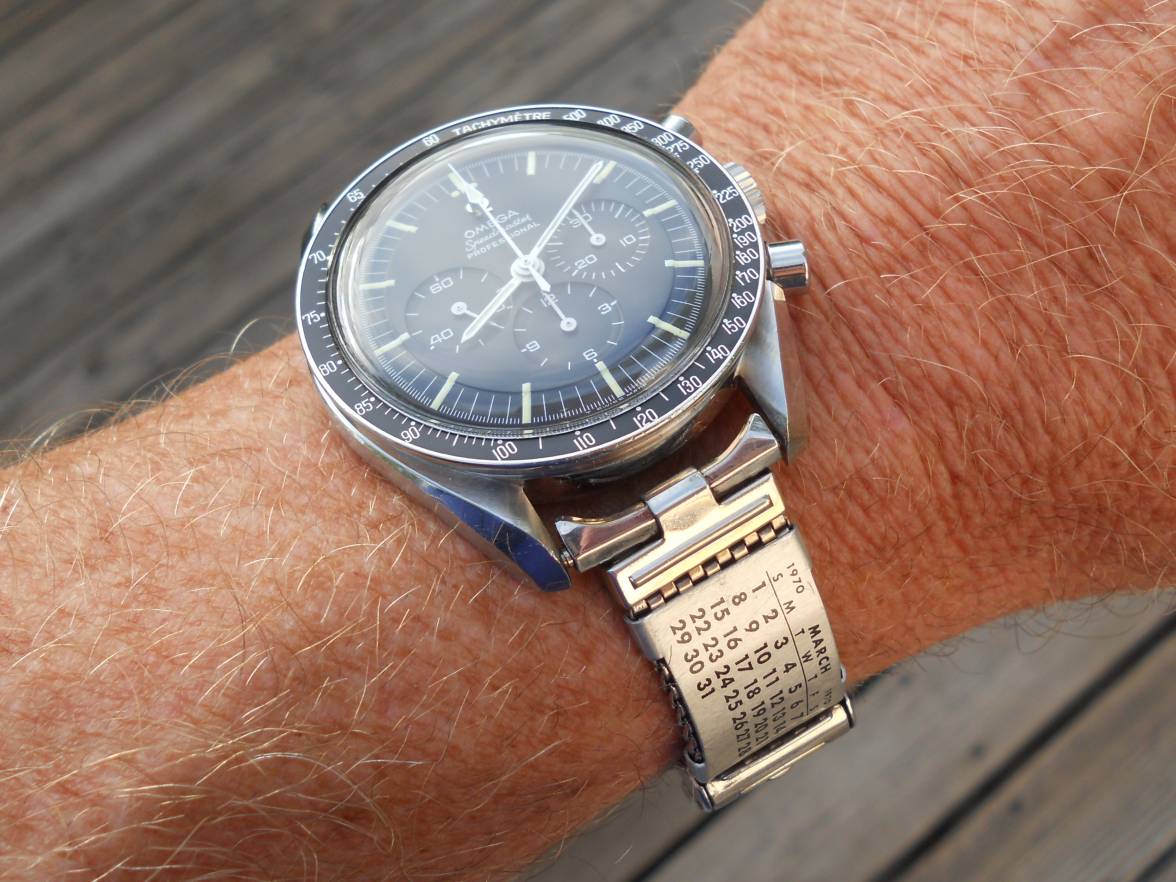 The astronaut answered that he suddenly recalled the brand name of the H-shaped calendars they used on their Speedmaster watches. They were called Timely Wrist Calendar. TLIGuy mentioned that it was quite interesting to get an e-mail from an astronaut who recalled something futile like this, as he has been flying jets, orbiting and walking on the surface of the Moon. And now he remembers the little thing that was attached to the bracelet of his chronograph. 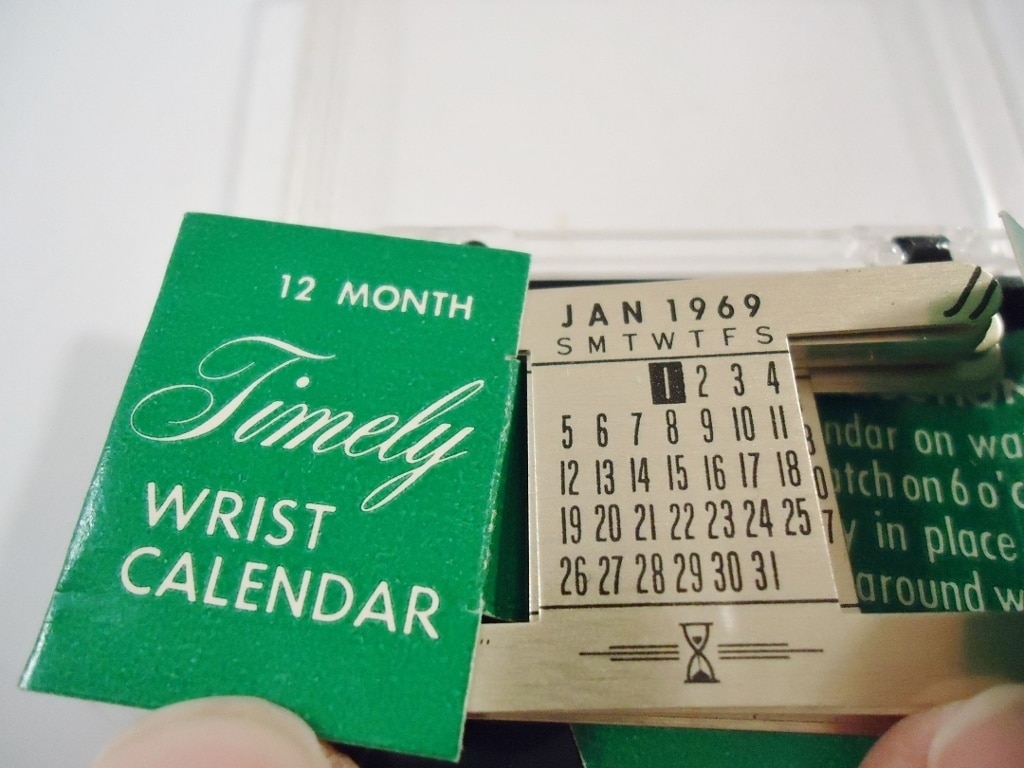 As you perhaps know, the astronauts wore their Omega Speedmaster watches on the bracelet from JB Champion. These were less ‘solid’ than the official Omega bracelet (reference 1039 and the likes) and had the tendency to ‘snap’ when an astronaut would be stuck behind equipment or something else with their bracelet. You don’t want to loose or damage your hand over a watch, especially not in a dangerous area. In short, one can say these JB Champion bracelets were selected because of their crappy quality. However, they’ve become quite sought-after these days by Speedmaster collectors.

So, now that he knew the name of the game, it was time to search for one. After months of searching and checking many resources, he finally found the H-shaped calendars on eBay. He found them from the 1980’s and more modern productions, but not the original ones that were used in the late 1960’s and early 1970’s. Ideally, he was looking or the 1968, 1969 and 1970 ones. 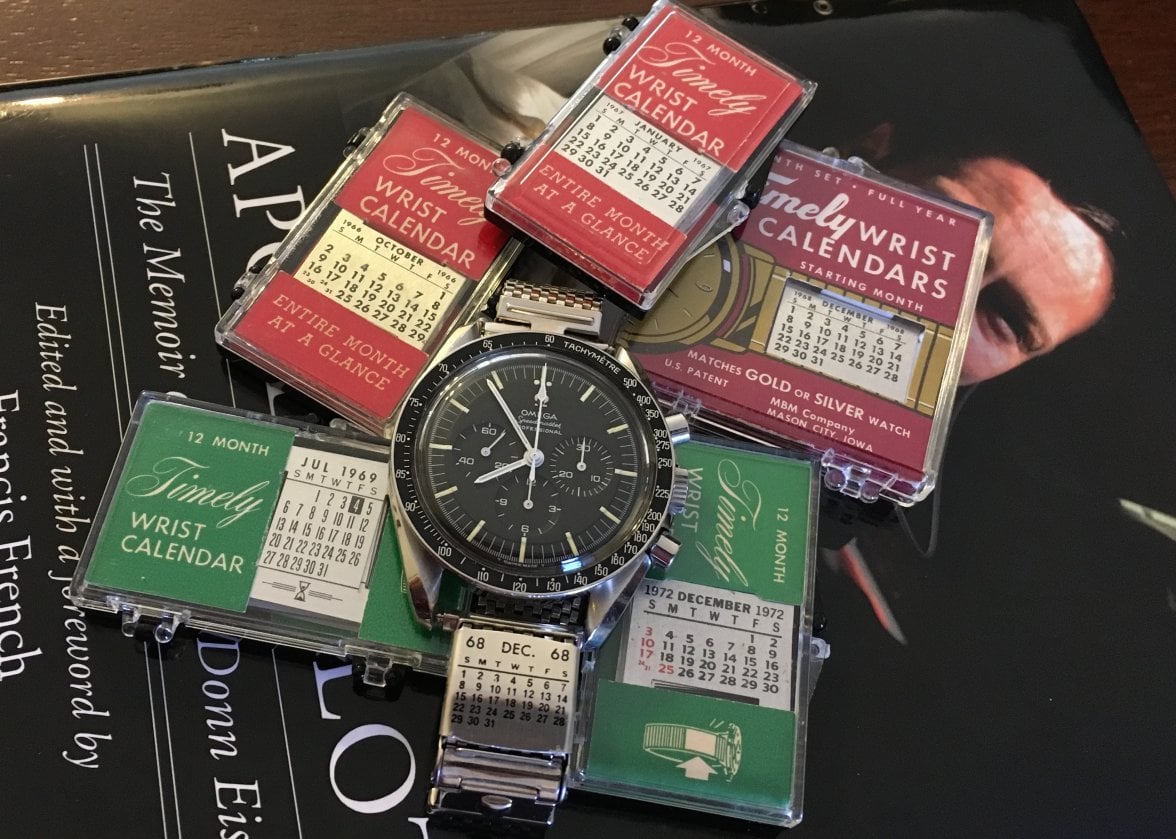 He also mentions that the Timely Wrist Calendar gets a mention in the “Apollo Pilot… The Memoir of Astronaut Donn Eisele” book on page 70:

“We all had minor problems during our flight. Wally was constipated, Walt didn’t like the food, and I couldn’t sleep – except, perversely, when I wasn’t supposed to. Wally and Walt got cabin fever. Walt made it worse with his daily ritual of scratching the date off his wrist calendar. I didn’t get “go home fever” until the very last day, which was a very long one for me.” 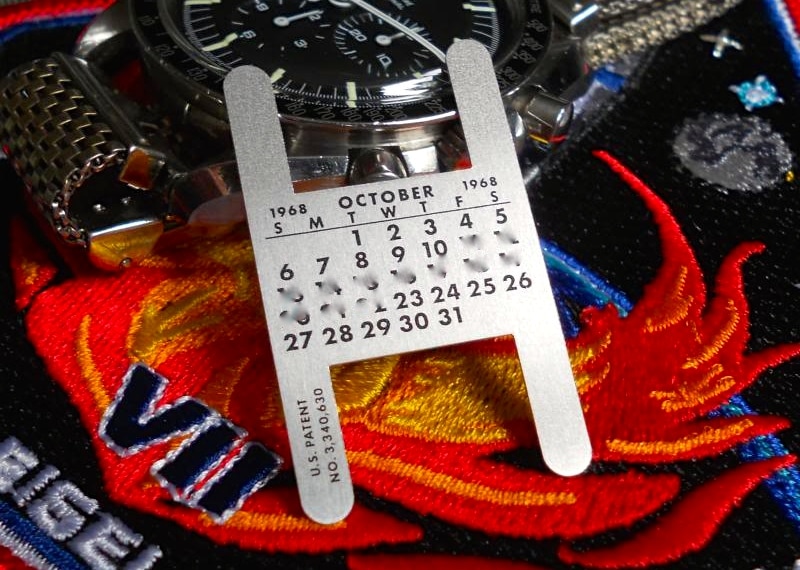 Ever since these Timely Wrist Calendar have been discussed on the Omega Forums, it has been difficult to source them and price have gone up quite a bit.

The wrist calendar was designed in 1965 and even patented back then. Below the patent document. 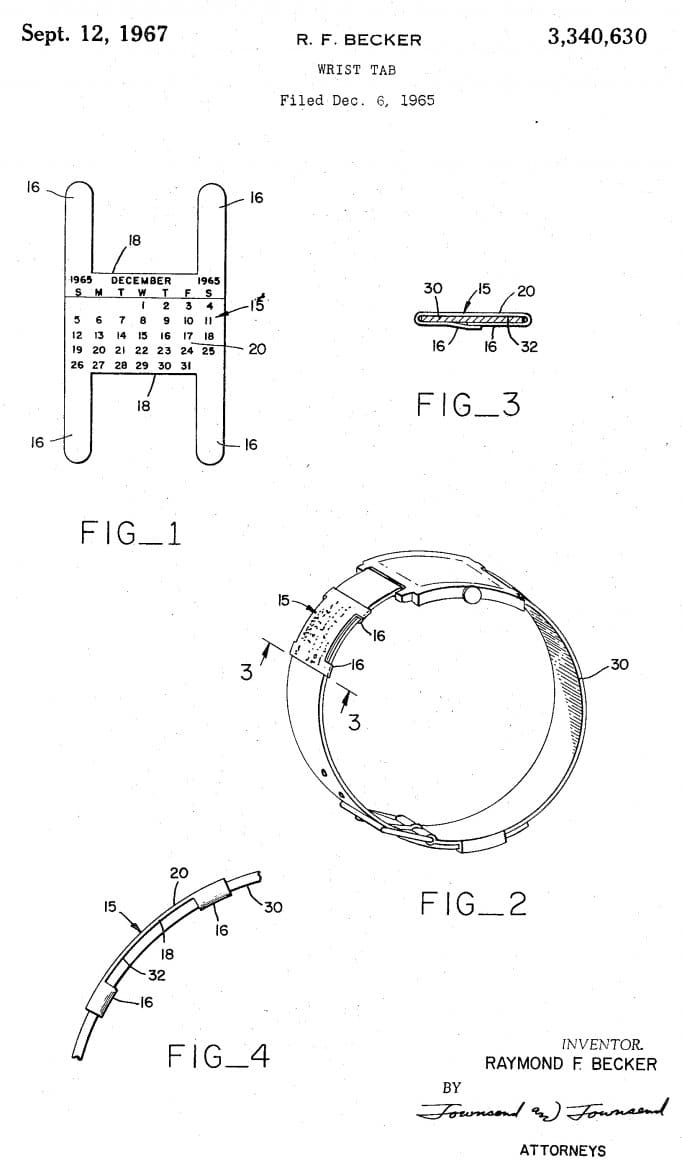 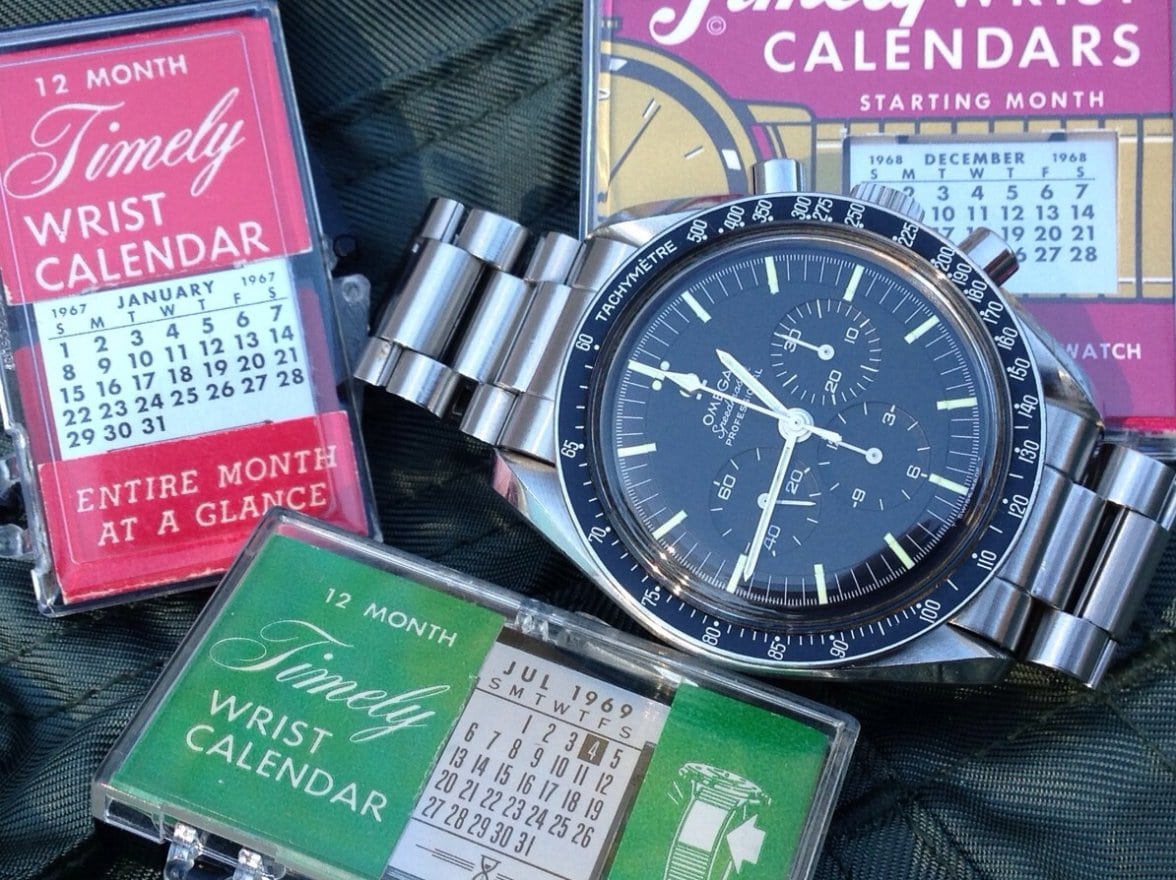 Anyway, now you have something to search for again, to complete your Moonwatch items. If you already have a Timely Wrist Calendar (and are actually wearing it), don’t hesitate to shoot us an image.

A big thank you to TLIGuy for letting us use his research work and images. More on the topic can be found here.