Together with WatchTime.net, Stowa created a new version of one of their iconic pilot’s watches. The Flieger Blue is based on the original design from 1939 and will be limited to 100 pieces only.

Stowa produces watches since 1927 and is known for their Flieger watches. Since 1996, watchmaker Jörg Schauer joined Stowa and together with designer (and watch collector) Hartmut Esslinger they introduced a couple of new Stowa models. Stowa’s Flieger watches and Bauhaus designs are being developed and manufactured in the German Black Forrest, where they have their own watchmakers, engravers and goldsmiths to deliver a constant high quality in everything they do.

What Stowa did very well, is to keep the diameter of the stainless steel case very modest, at 40mm. This makes this watch suitable for just about everyone. Instead of a black dial, you will find a blue sunburst dial in this Stowa Flieger, hence the name. The indexes, Arabic numerals and hands have been applied with Super LumiNova to make them readable in low-light conditions. The large onion crown (easy to grasp) finishes the watch nicely. 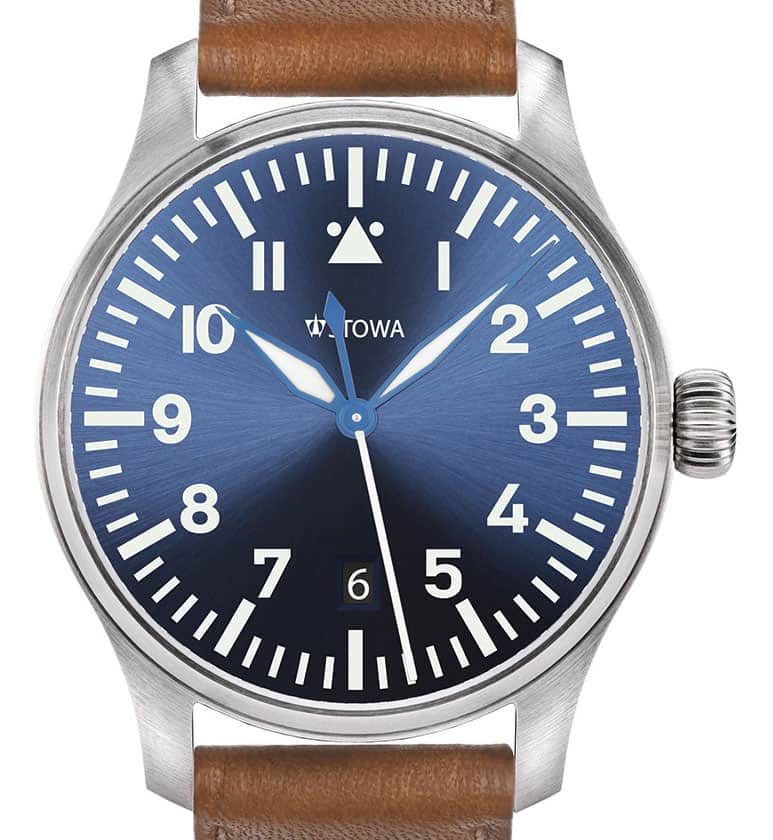 Inside this Stowa Flieger Blue Limited ticks an ETA2824 movement with a 40 hour power reserve. The nice thing about this movement is that Stowa engraved the rotor in the style of the original B-watches (Beobachtungsuhr). The unique number of the watch will be also engraved on the rotor. The movement is finished nicely, with blued screws and received a rhodium plating. 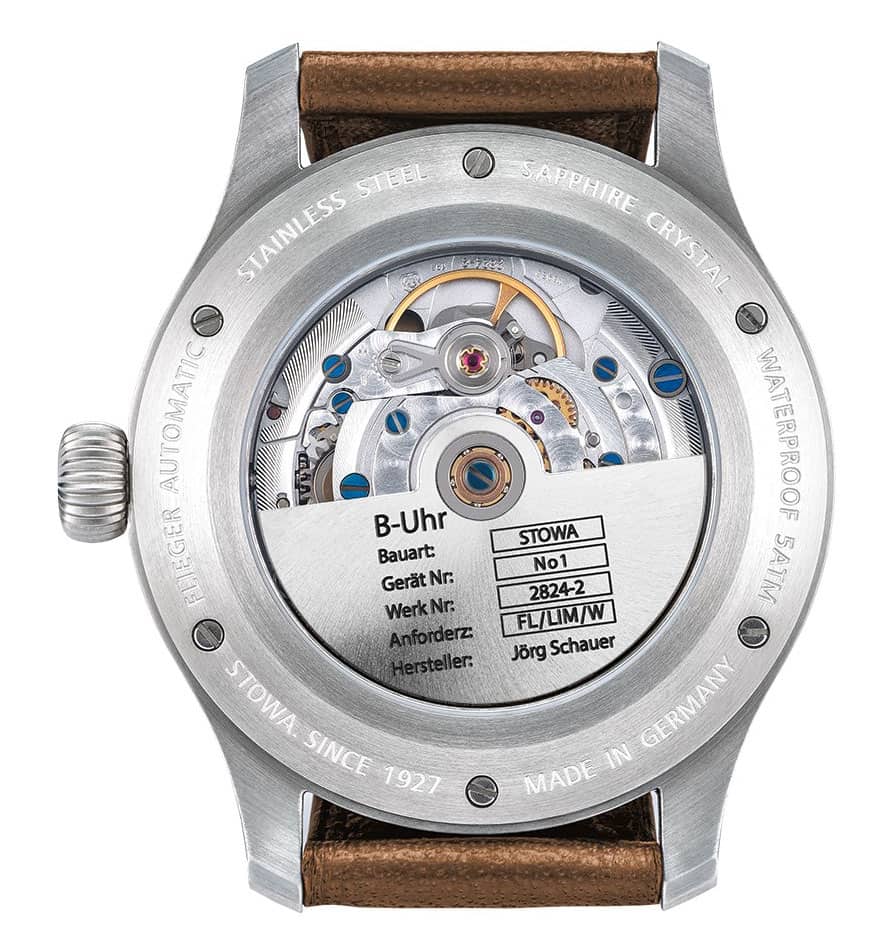 As written above, the 40mm case is made of stainless steel. The brushed finish of the case give it this typical military look. The watch measures 10,2mm in height, that includes the domed sapphire crystal. The Stowa Flieger Blue Limited edition is water resistant to 50 meters.

Attached to the brushed case is a nice light brown leather strap (20mm between the lugs) but we think that a NATO strap would look very cool on this Stowa Flieger Blue as well and perhaps give the watch an even more military look.

Ordering this watch can be done via www.stowa.de