It’s 2021. The world has become so accustomed to having been turned on its head by the relentless pandemic that began sweeping the globe more than a year ago that it seems the world’s ears have sprouted feet of their own. That’s right: this is the new normal. Brands are getting more and more creative. Some are looking within themselves for answers, digging through their archives and searching their true souls for messages their followers desperately need to hear. Meanwhile, TAG Heuer and Porsche decided to turn their attention outward and, incidentally, toward one another. As such, I’m pleased to announce the TAG Heuer Carrera Calibre 02 Porsche special edition watch.

Values make brands what they are. Some brands value aesthetics. Some brands value technology. There are those that value their heritage above all else. Whatever a brand’s values are, they normally reach a certain kind of consumer. When those values align, it stands to reason that the consumer profile will be similar also. 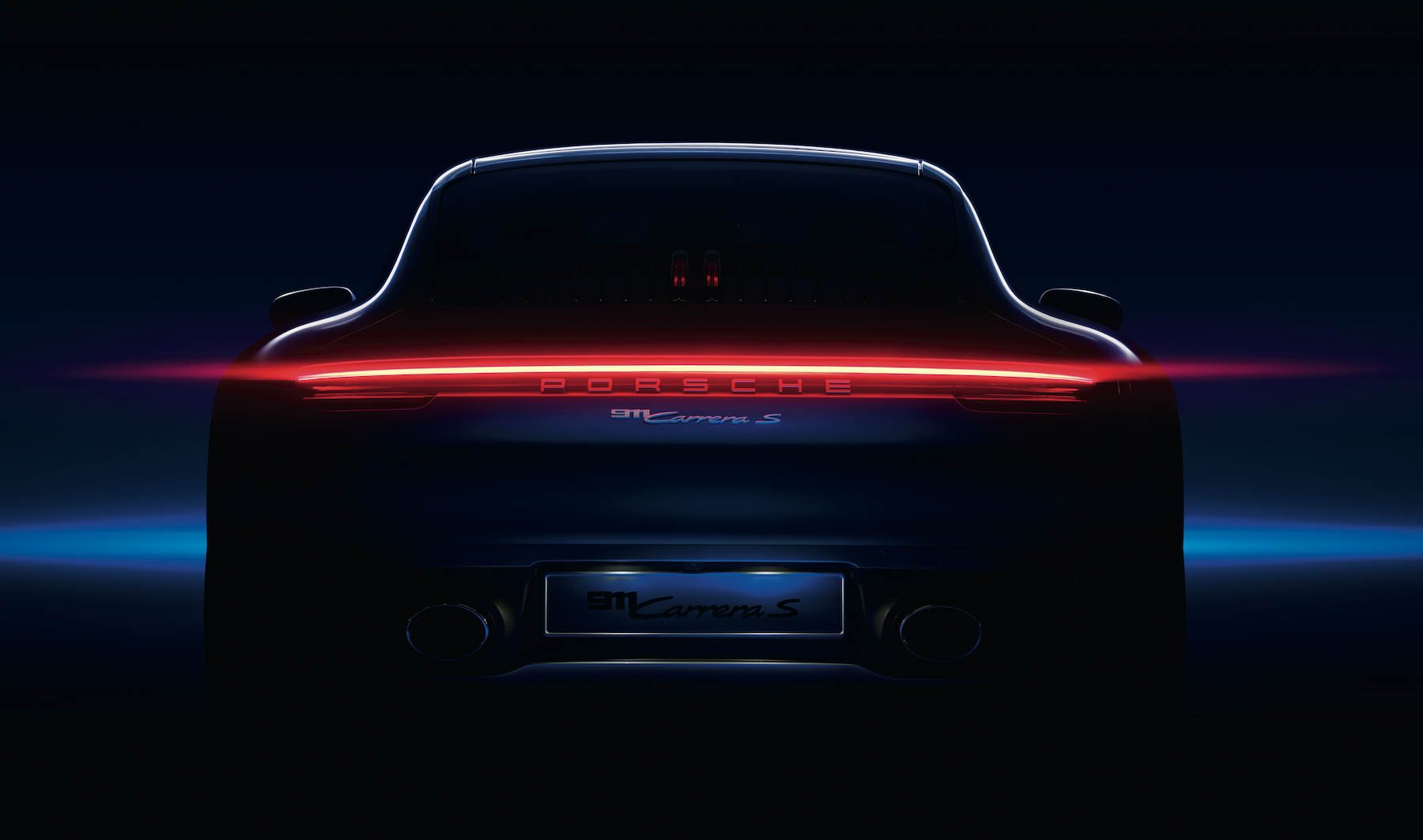 Following this train of thought led the decision-makers of TAG Heuer and Porsche — two of the world’s most recognizable and adored global luxury brands — to work together on not just a watch, but a long-term partnership that promises to disrupt both industries.

Talking point: do partnerships of this nature excite you? Does co-branding make you more or less likely to buy a watch? Are there exceptions? Let us know in the comments below.

Swiss watchmaker TAG Heuer and German sportscar creator Porsche have joined forces. This power union will result in collaboratives efforts in the fields of competition and product development and everything in between. To mark this joyous occassion, TAG Heuer has announced this special edition watch, which fuses the classic Carrera aesthetic with a lot of the color tropes one would expect from the Porsche brand. 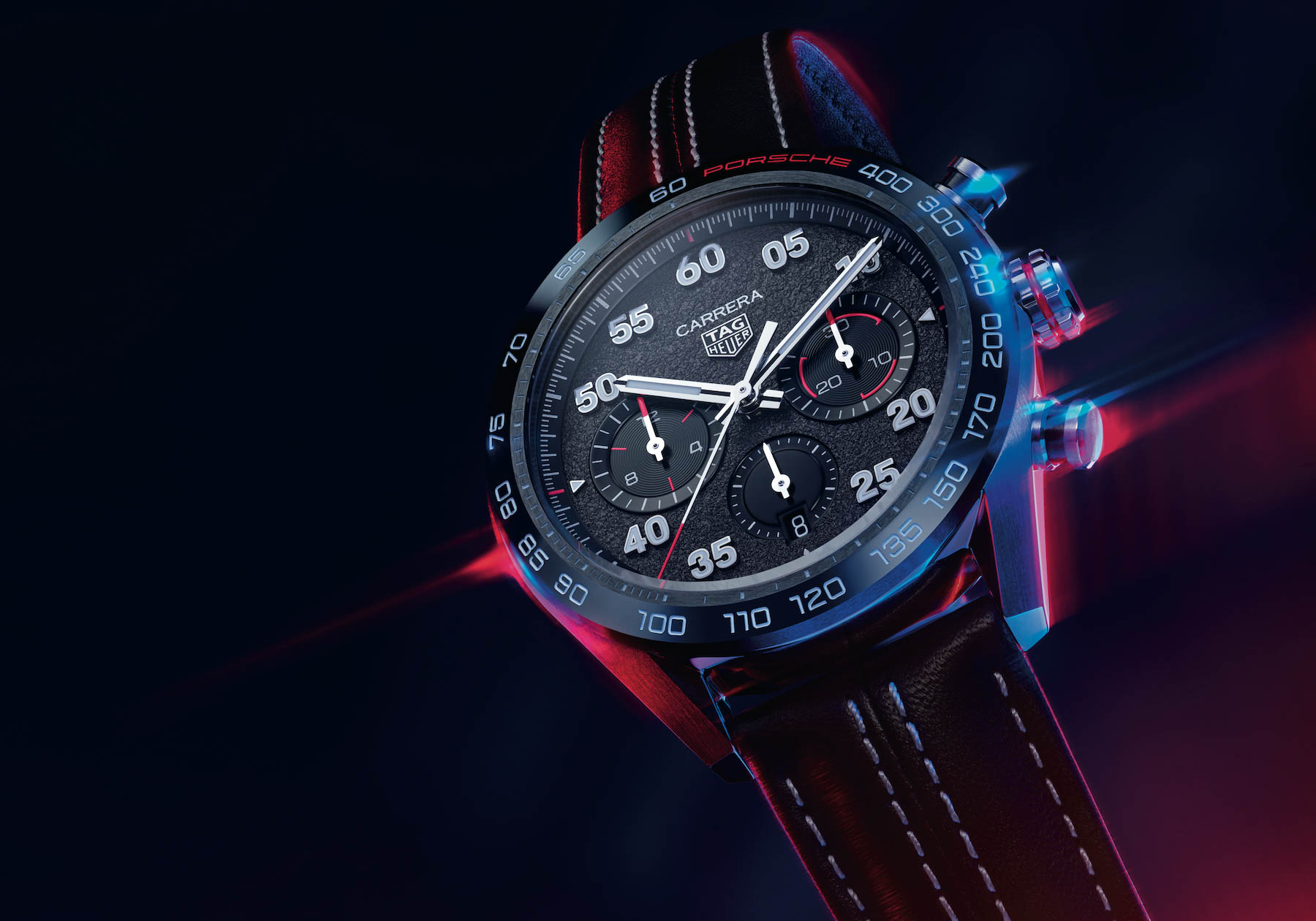 A meeting of machismo

TAG Heuer CEO Frédéric Arnault is keen to highlight the shared “attitude” of both his brand and that of Porsche. There is a fearlessness and brazenness to both that makes this partnership feel almost established, despite being brand new. Detlev von Platen, Member of the Executive Board for Sales and Marketing at Porsche AG, adds that this relationship promises to “strive to create some unique, magic moments for our communities.”

The similarities between Heuer and Porsche go right back to the companies’ roots. Both founders, Edouard Heuer and Ferdinand Porsche, were self-taught entrepreneurs, regarded in their day and since as visionaries whose endeavors had a lasting effect on their chosen professions.

And the similarities do not end with the flowery sentiments of the men behind the marques. Forshadowingly, both brands drew inspiration from the Carrera Panamericana race, with Porsche naming its most powerful engine the “Carrera” in honor of it, and Heuer following suit with arguably Jack Heuer’s finest contribution to watchmaking bearing the same moniker. 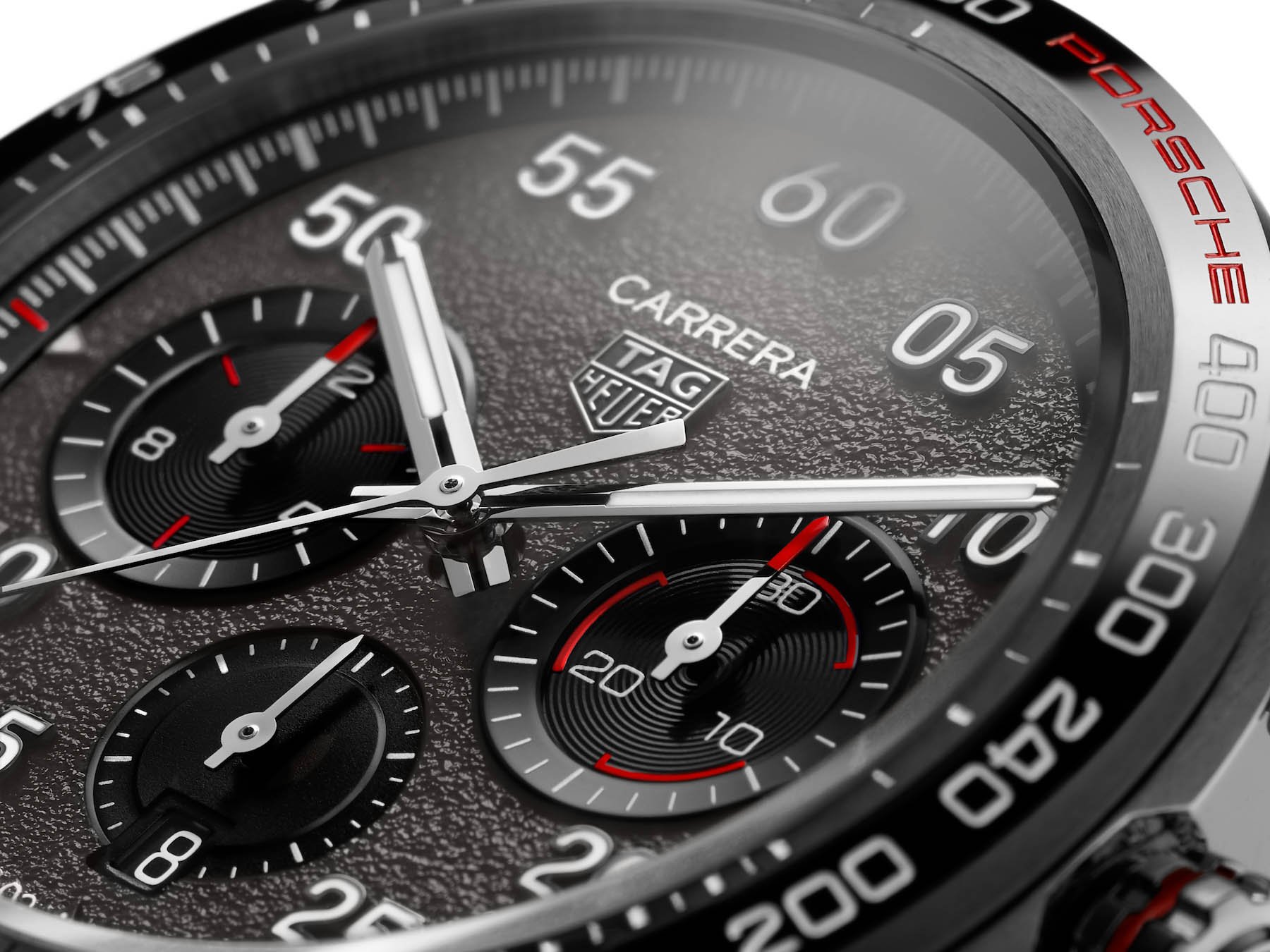 Monaco on my mind

But it was not the Carrera model that further cemented the brands’ shared heritage. Rather, it was the iconic Monaco, which Jack Heuer knew would require a huge marketing push were it to have any chance of meeting with success.

Heuer convinced Jo Siffert, a Switzerland-based rasing driver and Porsche dealer to wear the Heuer logo on his car and racing suit in return for CHF 25,000 and the right to buy Heuer wristwatches at wholesale price and resell them to his fellow drivers in the paddock. Siffert proved just as handy a watch salesman as he was racer, and, by the end of the 1969 season, the half of the F1 paddock could be seen wearing Heuer.

“I drive the same car as Jo Siffert, and I want to wear the same suit as him.”

Siffert’s racing suit and the massive presence of Heuer within F1 is reputedly what inspired Steve McQueen — the late Hollywood superstar who became indellibly associated with the Monaco — to wear Heuer’s logo on his racing suit during the filming of Le Mans in 1970. It is only fitting that he drove a Porsche 917 in that film, which was the same car driven by Siffert himself. In fact, McQueen said at the time, “I drive the same car as Jo Siffert, and I want to wear the same suit as him.” 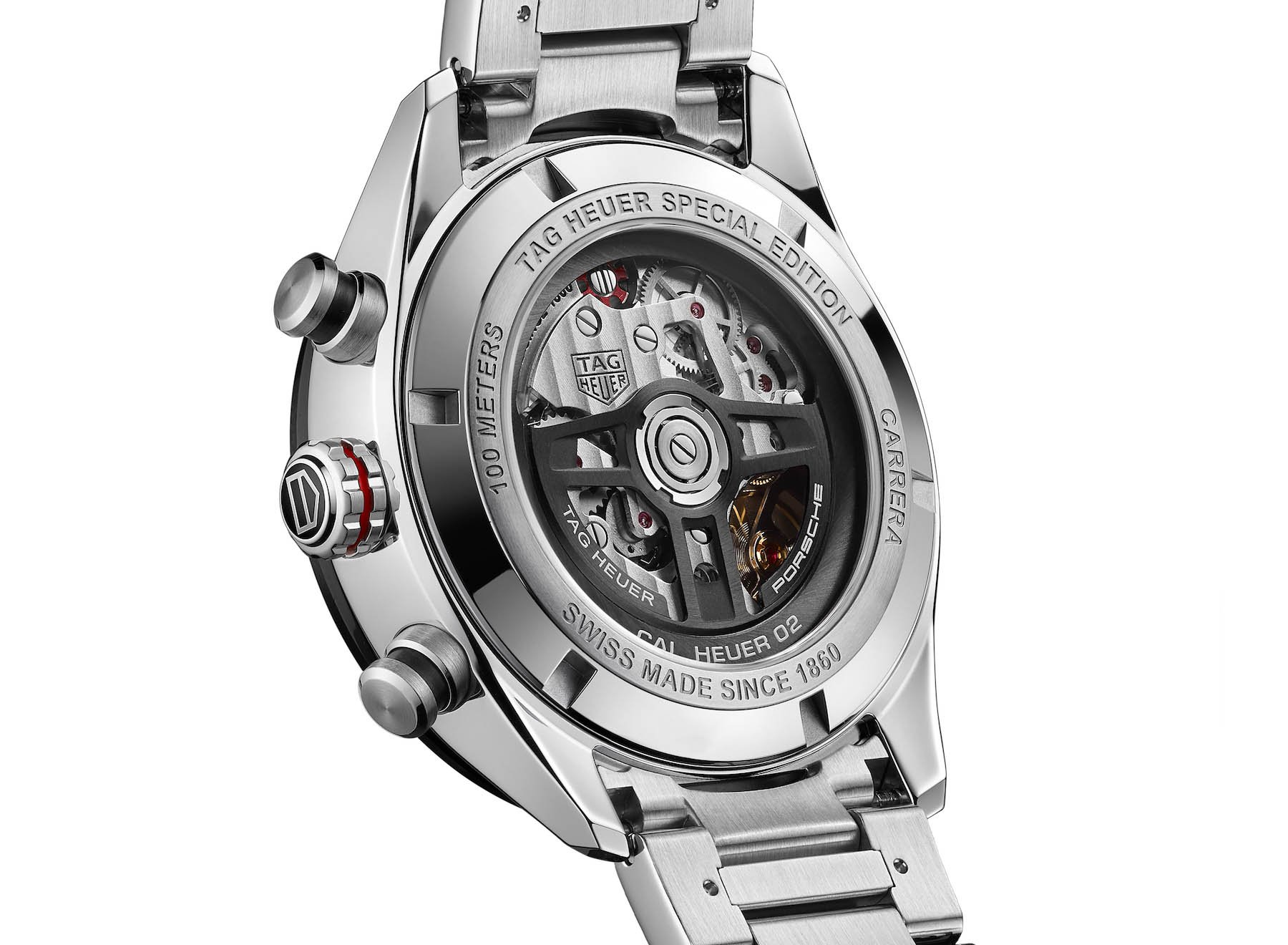 The connection between the brands does not end there. Amazingly, Porsche and TAG developed the TAG-Turbo engine that proved the cornerstone of the McLaren team’s success between the years of 1984 and 1986, during which period the team won three world titles behind the driving talents of Niki Lauda (’84) and Alain Prost (’85 and ’86).

And that “beautiful friendship” has continued rught up to the present day, with TAG Heuer and Porsche working together as official event partner and timer, and team owner in the new Formula E competetion. 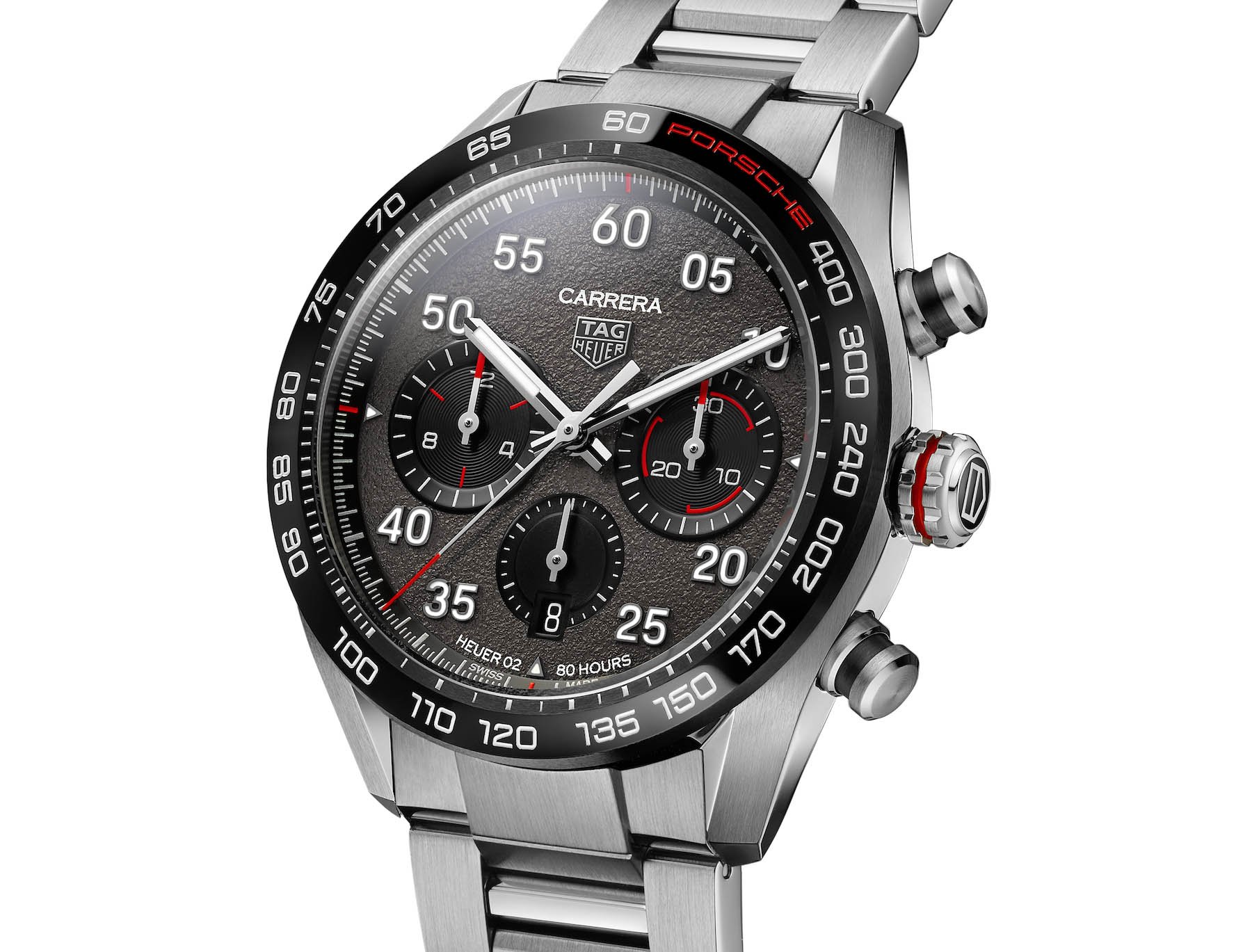 What about the watch?

Hi. Welcome to Fratellowatches.com. Thanks for sticking with us through that long (albeit quite interesting) run-up to the main event: the watch itself. An asphalt-inspired texture on the dial, a steering wheel rotor on the back, the dashboard numerals, and the classic porsche wordmark on the ceramic bezel leap out to greet the eager eye immediately. There can be no mistaking this as a motor-sports-inspired watch. The tachymeter scale feels very much at home on the bezel, while Prosche’s signature red, black, and gray don’t let up for a minute. This watch is full throttle, and all the better for it.

At 44mm, this steel and ceramic heavyweight is not for the faint hearted.

Inside the case, the in-house caliber 02 beats away. It is a fine caliber. In my opnone of TAG Heuer’s best and brightest — with an operating speed of 28,800vph and an 80-hour power reserve. At 44mm, this steel and ceramic heavyweight is not for the faint hearted. The macho presence on the wrist is softened somewhat by the leather strap opton. If you prefer the leather vibe, you can opt for it instead of the sportier bracelet. The leather strap has an interesting stitching pattern, which will certainly turn some heads. This model (reference: CBN2A1F.FC6492) is available now and priced at €5,500 on the level and just €200 more on the bracelet. Learn more here.