A look into a passionate, hand-crafted world of creativity
Thor Svaboe
comments 11
Share

In this fifth installment of our window onto the world of independent Japanese watchmaking, we embrace artful craftsmanship. The wrist art of Masahiro Kikuno shows his intensely personal view of horology, infused with intrinsic details and a vivid imagination. This story came to life thanks to a dedicated reader who reminded me of Kikuno-san. As an owner and Japanese collector, Ken Hokugo knows Masahiro Kikuno personally and added an extra dimension to this story.

After our introduction of the brand, Ken facilitated a short chat with Kikuno-san as a go-between and translator. So here is a heartfelt thank you to Ken-san for making this happen, and for adding more to my grail list (don’t tell my wife). 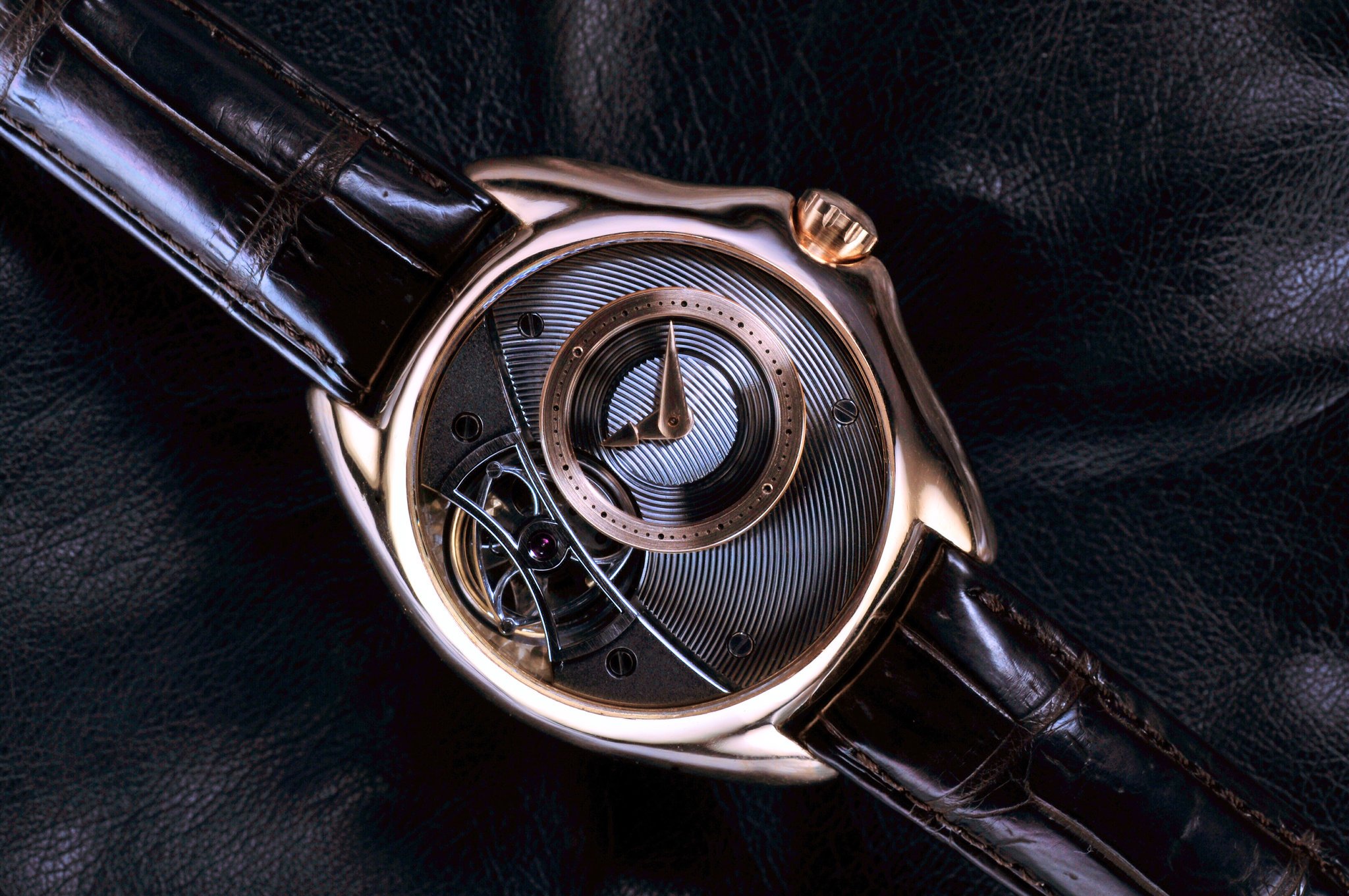 Off the beaten path of horology

Masahiro Kikuno is the youngest member of the Académie Horlogère Des Créateurs Indépendants. He is also the first Japanese watchmaker ever permitted to join the AHCI. As a graduate and subsequent teacher of the HIKO Mizuno College WOSTEP course, his work is perhaps the most labor-intensive of all the Japanese independents in my article series. And it is a labor of love, with a non-commercial imagination that infuses each reference. With a singular and creative mindset, Kikuno-san creates miniature art for the wrist. The time-telling functionality is there, but perhaps secondary to a delightful world of hand-made details and love for the craft of watchmaking. With an output of no more than two to four pieces a year, his atelier in Matsudo in Japan’s Chiba prefecture is a creative oasis. 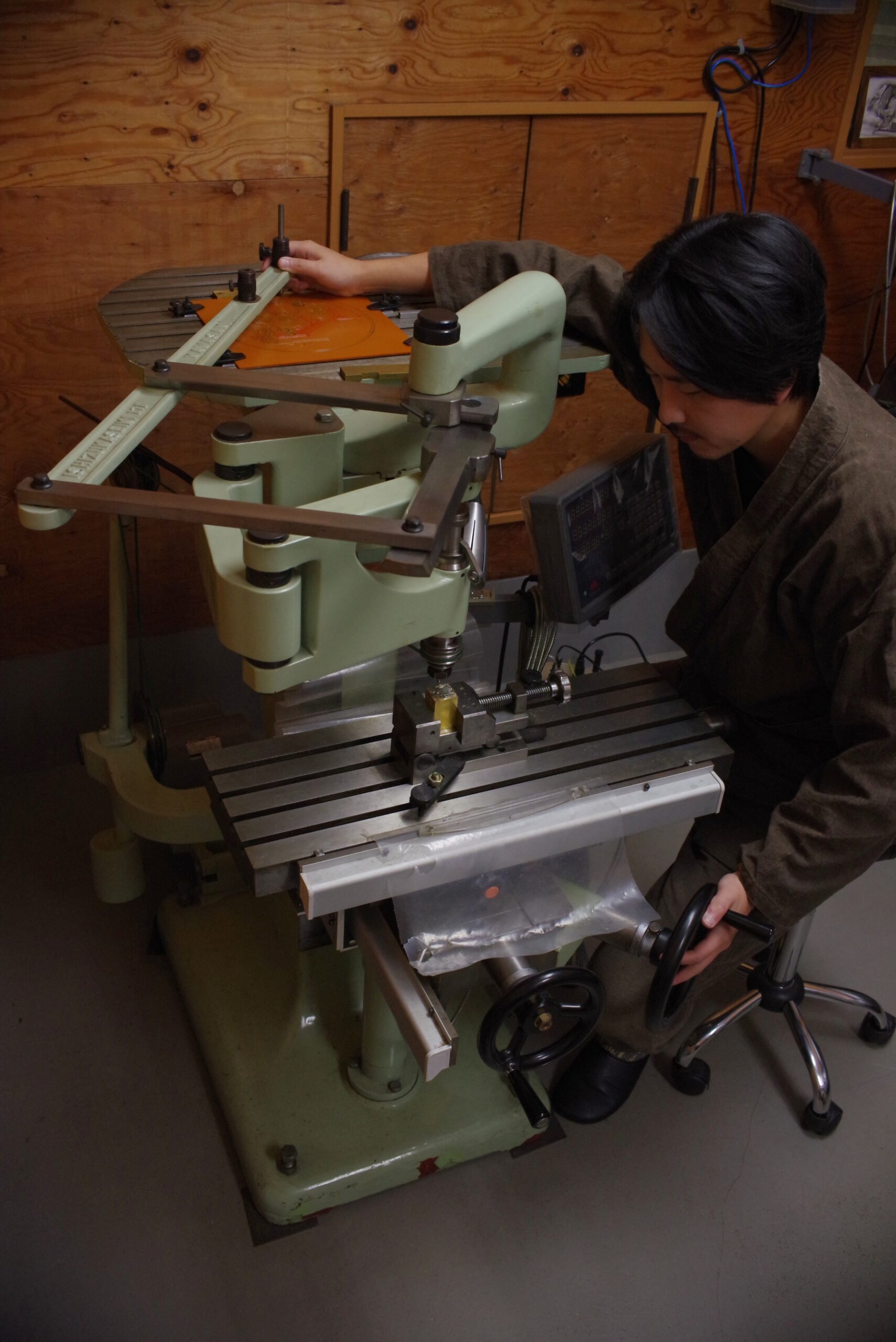 The ethos and inspiration of Kikuno-san

After watching NHK World’s 2014 English-language documentary on his work, I challenge you to not feel awestruck. Thanks to Ken Hokugo, I can share here a deeper insight, courtesy of a chat with the watchmaker himself. The watches of Kikuno-san delicately bridge the gap between art and horology, but how does he find inspiration for a new piece?

“I am not interested in making watches as a part of ‘materialism,’ but something that moves people’s hearts. Technology surely makes the watches more quickly, cheaper, accurate and precise, but I feel that the watches made in such a way become just cold ‘machines.’ I am making watches mostly by hand in order to satisfy the customers’ and my own desire or craving, which technology alone cannot satisfy. Inspiration for new models is mostly from daily life — something we just happen to find or notice, or from the dialogue with the customers. It requires a pure set of eyes and other senses. Like those of children, without any prejudice or presumption, to encounter and generate new ideas. New watches are born by combining such new ideas and my own past experiences and knowledge.” 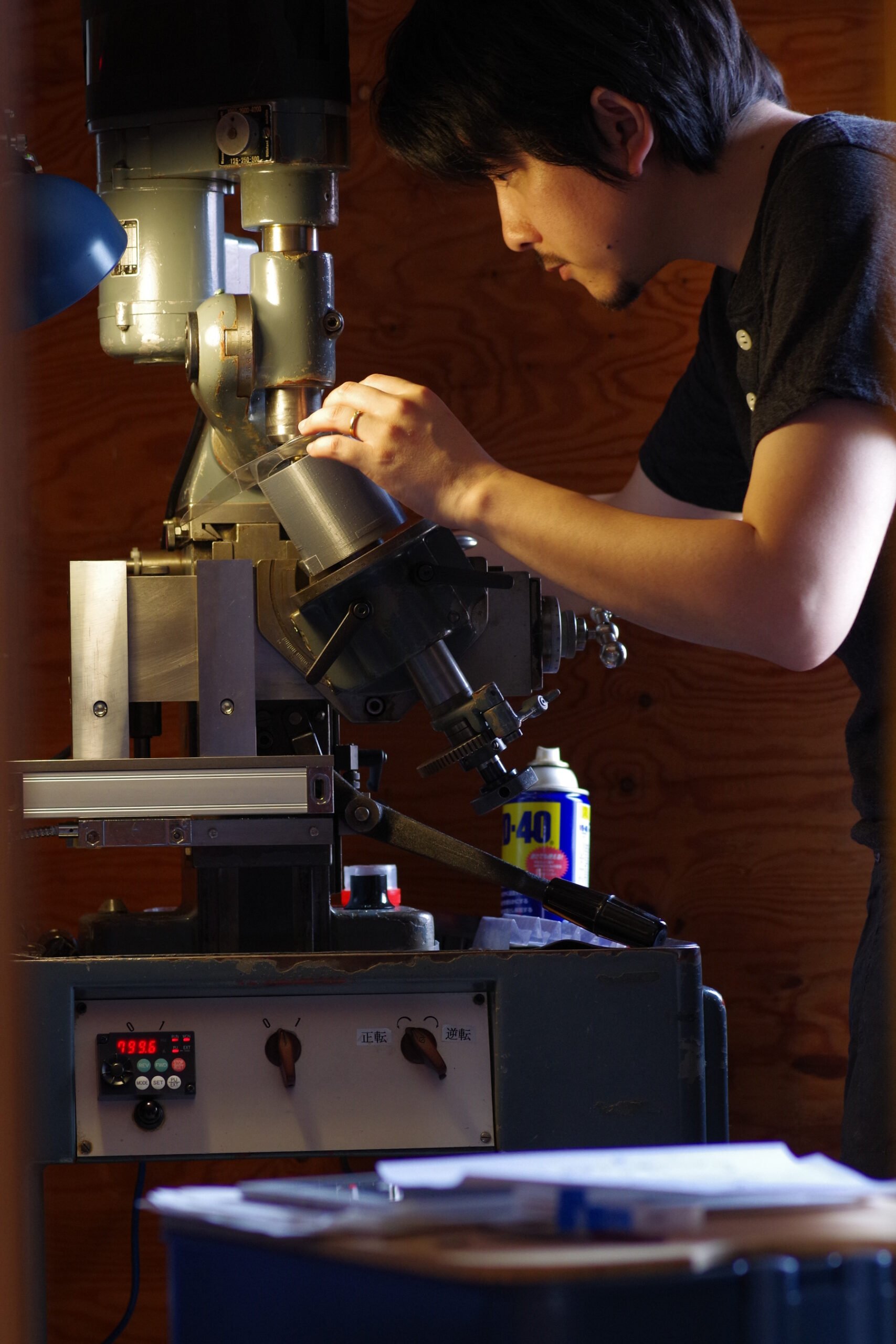 The start of a career in artful craftsmanship

We know the education that provided you with the basic skills of a watchmaker, but what made you enter the world of watchmaking, Kikuno-san?

“When I was young, I read an article in a watch magazine to find out how independent watchmakers make watches from A to Z by themselves, in the era when manufacturing is so efficient and precise. I was amazed by such a contrast and the style of the latter. So much so that I decided I wanted to live like those watchmakers, and I just quit my job to enter the watchmaking school.” 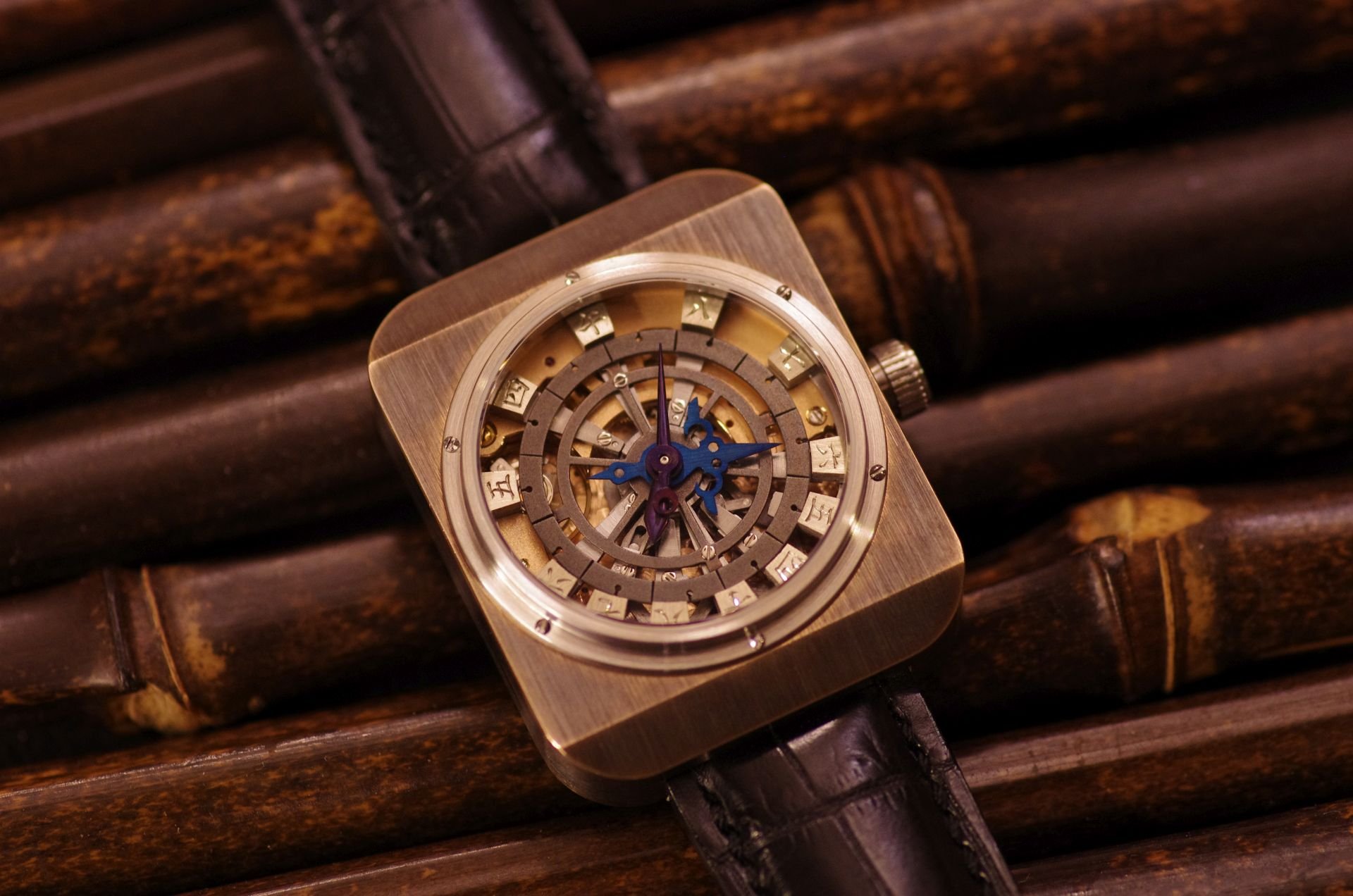 Kikuno-san, can you tell us about one of your favorite creations?

Kikuno-san tells us about the subject of the YouTube documentary:

“Each one of the watches has its own good memory and my love, but if I highlight one watch, it would be ‘Wa-Dokei Rev.’, which was a big milestone for my watchmaking career. Temporal hours, which was used widely in Japan during the later Edo period (1603-1868), was something I had wanted to make into a wristwatch with my own unique mechanism. So, when it was done in a wristwatch size, that moment was truly unforgettable and my proud accomplishment.” 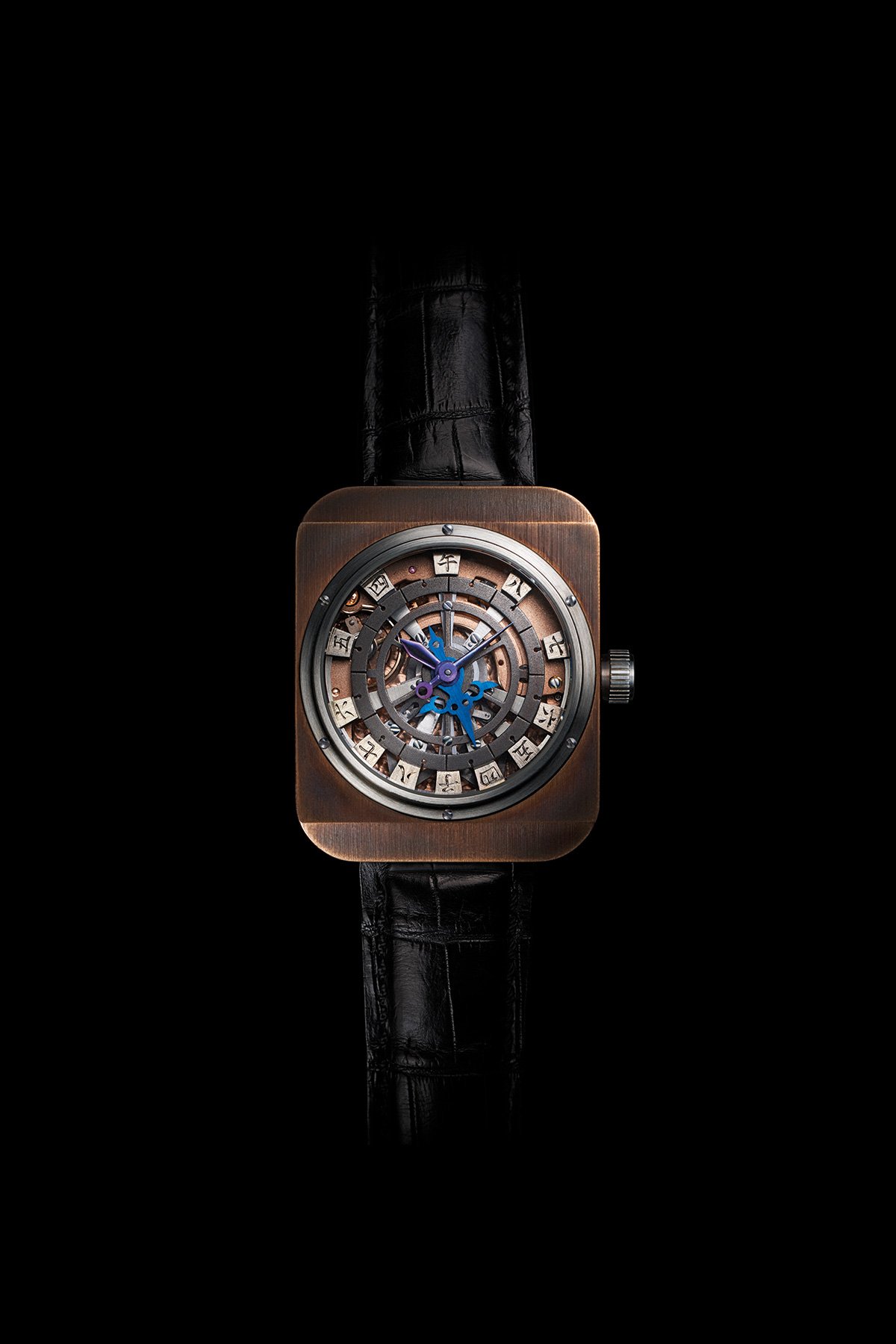 Ken Hokugo is a good friend and customer of Masahiro Kikuno and adds:

“Kikuno-san makes a photo booklet documenting the making of each timepiece. The customer receives this as a memory of the journey that they traveled with Kikuno-san. There is no other independent watchmaker who does that as far as I know. Masahiro Kikuno also just published his 10th Anniversary photo book. This was sent over to those who have been fortunate enough to own his watches, and a few others he feels are part of his 10-year journey. This is another example of Kikuno-san being an exceptional watchmaker as well as a passionate gentleman.” 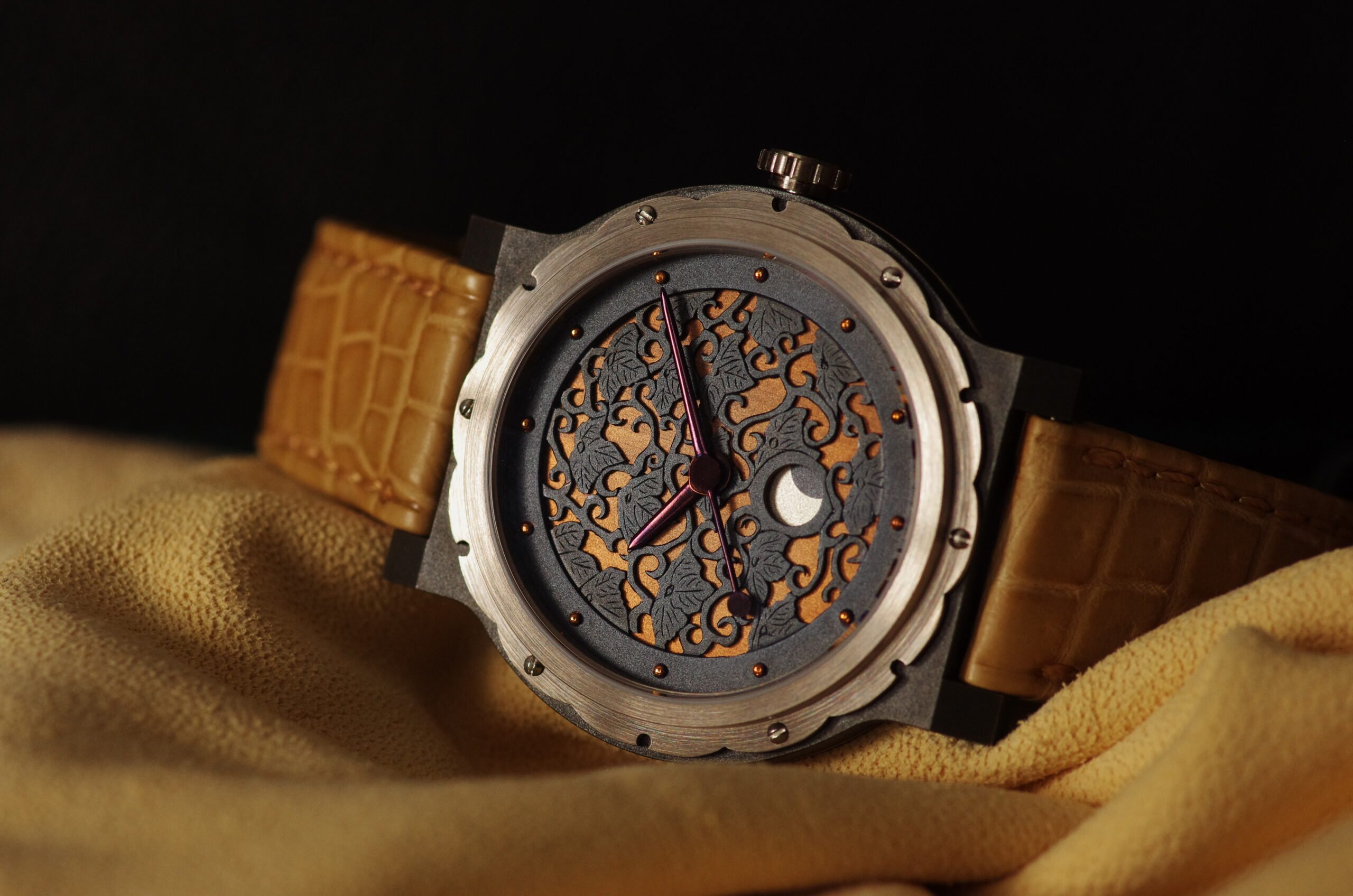 A closer look at the SAKUBOU

As unusual as watches made by a single craftsman are, Kikuno-san elevates them to a different level of passion. Seemingly free of inspiration from the usual sources, the watches are as refreshing as they are different. Masahiro Kikuno’s pure imagination is obvious, as it is present in each intrinsic detail, without a single component touched by a CNC machine. Largely inspired by the craftsmen of Japan’s Edo period (1603-1868 CE), Kikuno’s creations adhere to the traditional techniques of production, using only a few manually operated machines. The SAKUBOU has a 38mm case made from Kuro-Shibuichi and white gold. Language lesson coming up: Shibuichi means ¼, and in this case, it’s a quarter of silver and three-quarters of copper. Kuro-Shibuichi itself is 40% Shibuichi and 60% Shakudo, which is an alloy of copper and 3% gold. This goes beyond metallurgy and deep into the realm of obsessive dedication. 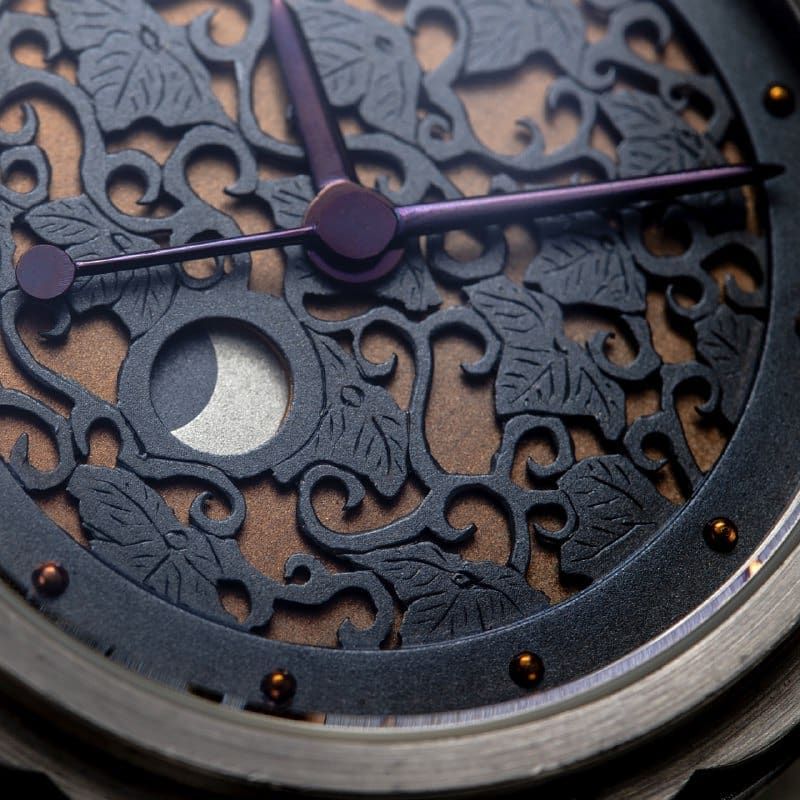 After that lesson in metallurgy, let’s concentrate on the calming zen of the SAKUBOU. With a price of 5 million yen, which equates to around $45,275, it is an investment. The “production” of Kikuno-san constitutes a series of pièces uniques, where the value lies in the dedication of a single craftsman. No two SAKUBOU (saku, “new moon,” and bou, “full moon”) are alike, but they are equally beguiling. This particular example has a dark, artfully skeletonized, engraved ivy-patterned dial, enlivened by a moon phase and delicate details. There are the purple color-pops of the heat-treated hands, while rivet indexes serve as a glossy, copper tinge. A flower-like bezel frames the Japanese scene, and both the bezel itself and the darkened, angular case will patinate over time. Consider the SAKUBOU akin to embarking on a journey together with Masahiro Kikuno, forever recorded in the journal of your watch. 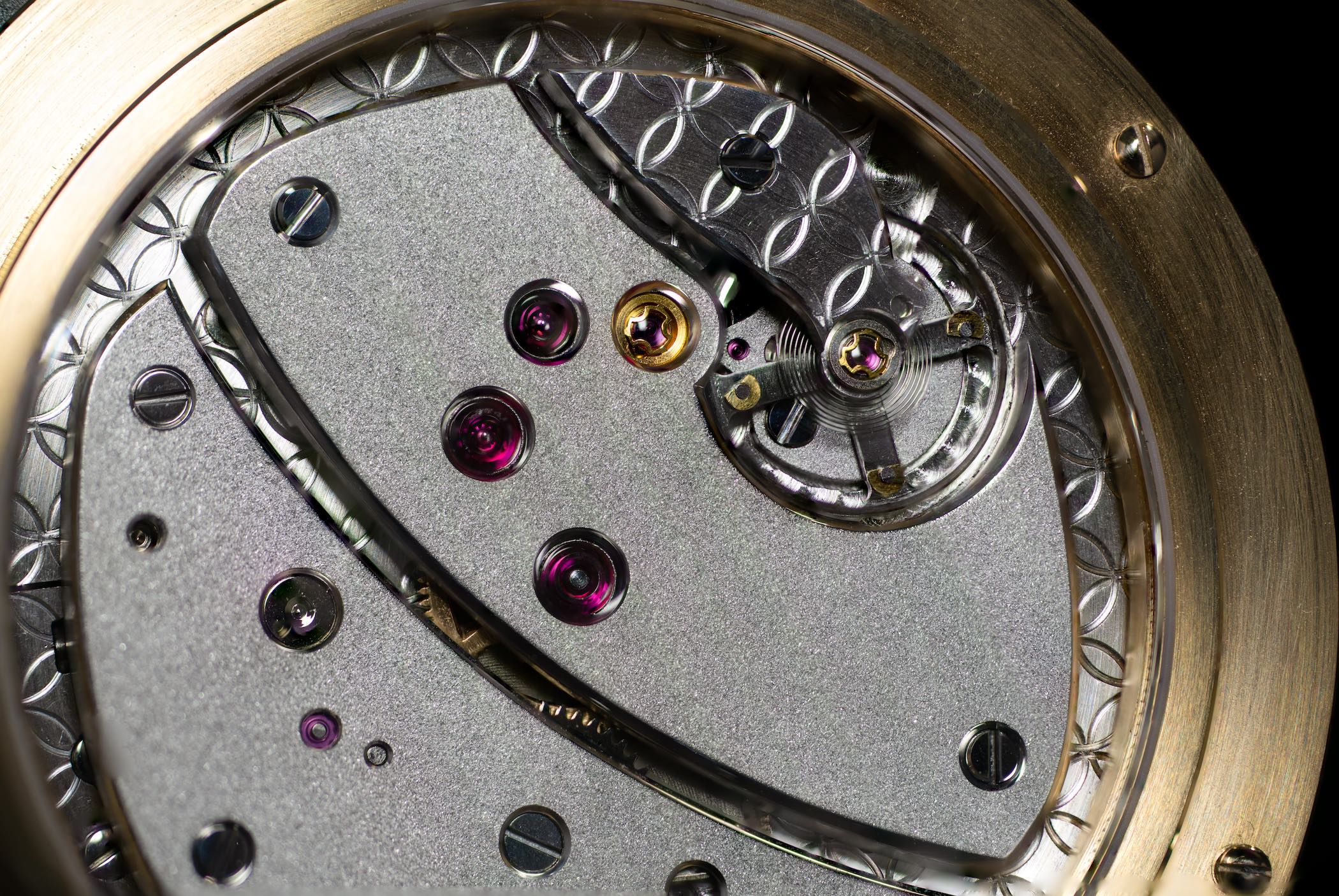 More than a mere watch

Yes, this is a watch, in the sense that it has a mk17, hand-finished 28,800vph movement with rather sharp anglage. And yes, it has a practical yet discreet moon phase window accurate to a day in 122 years. But I have the feeling this is only a small part of the ownership. Kikuno-san puts it better than me here:

“SAKUBOU is also the watch you would enjoy through the change of itself over time. SAKUBOU will be telling you the time and at the same time, it will ‘age’ together with you. This is a different paradigm in the sense of value. Today, our sense of value dictates that ‘new in box’ is the pinnacle. Once opened and worn, the watch will start to deteriorate. The SAKUBOU will let you feel the art and beauty of the aging process, where patination is not deterioration, but a mere change caused by the time passing, just like ourselves.”

Please let us know in the comments below of your views own experiences of Japanese independent watchmaking, and to discover more on Masahiro Kikuno check out his website.