In Round 2 of The Fast And The Fratelli, two writers go head-to-head with their qualifying racing chronos! Here are Gerard and Balazs — a.k.a. the father and son at Fratello — with their first-round winners for your consideration.

How come we now see the Omega Speedmaster Speedy Tuesday Ultraman competing with the Seiko Prospex Speedtimer SRQ037J1? That cause lies in the first round, where the Omega Speedmaster Ultraman made a clear win over a Zenith Chronomaster El Primero Revival A385. It was a 72 over 28% win. With 54 over 46%, the Seiko Prospex Speedtimer was less overwhelming but still a clear winner over the Tissot Heritage 1973. And so, here they are! The Omega and the Seiko roar at the starting line to fight the battle for this shootout round. 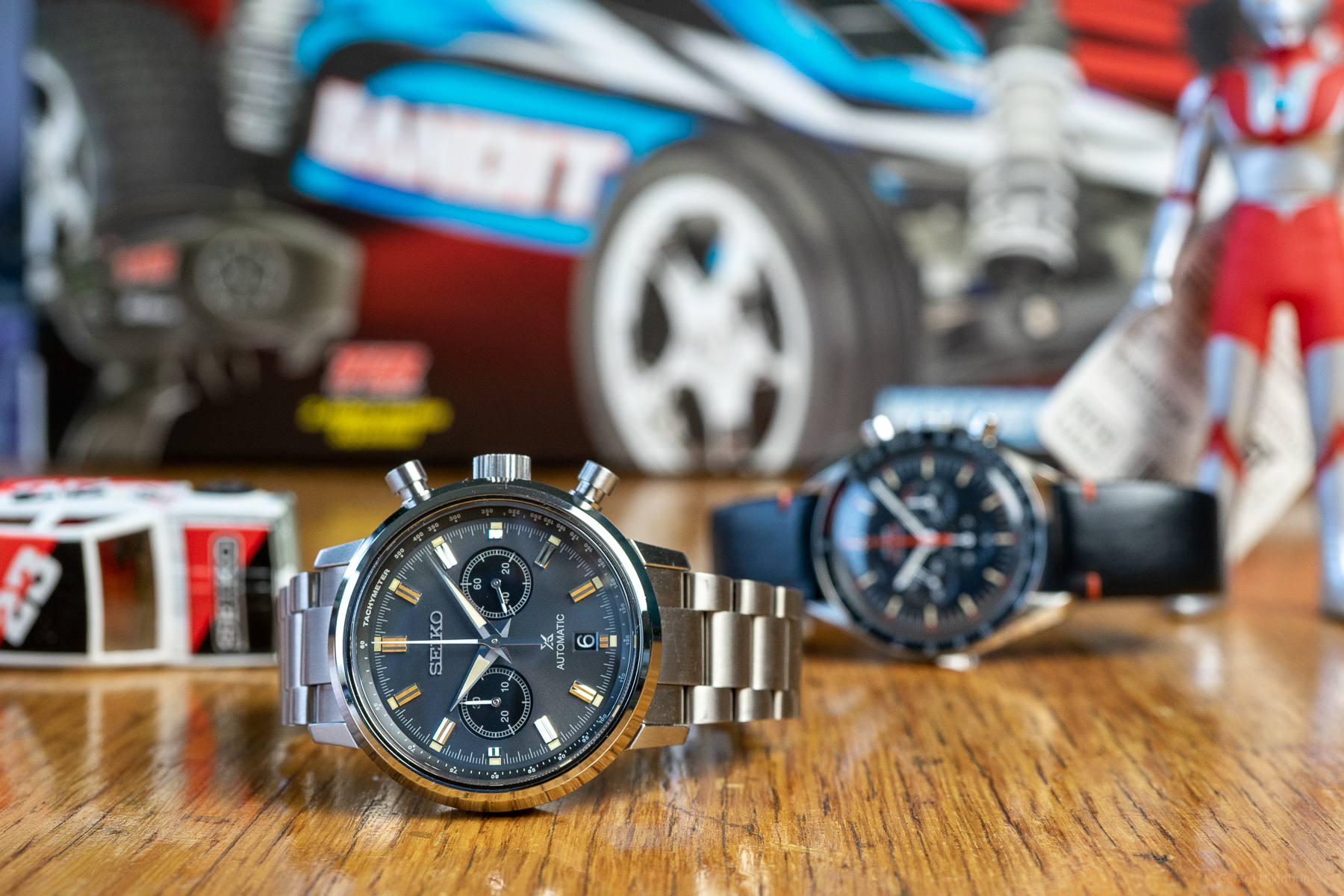 This shootout round might seem an easy win for the Speedmaster, but hey, we’ve seen underdogs win before. And let’s not be childish; the Seiko Prospex Speedtimer is one of the sharpest knives the brand has in its kitchen drawer. Let’s start having Balazs defend his Omega and then see what Gerard’s Seiko is up to. 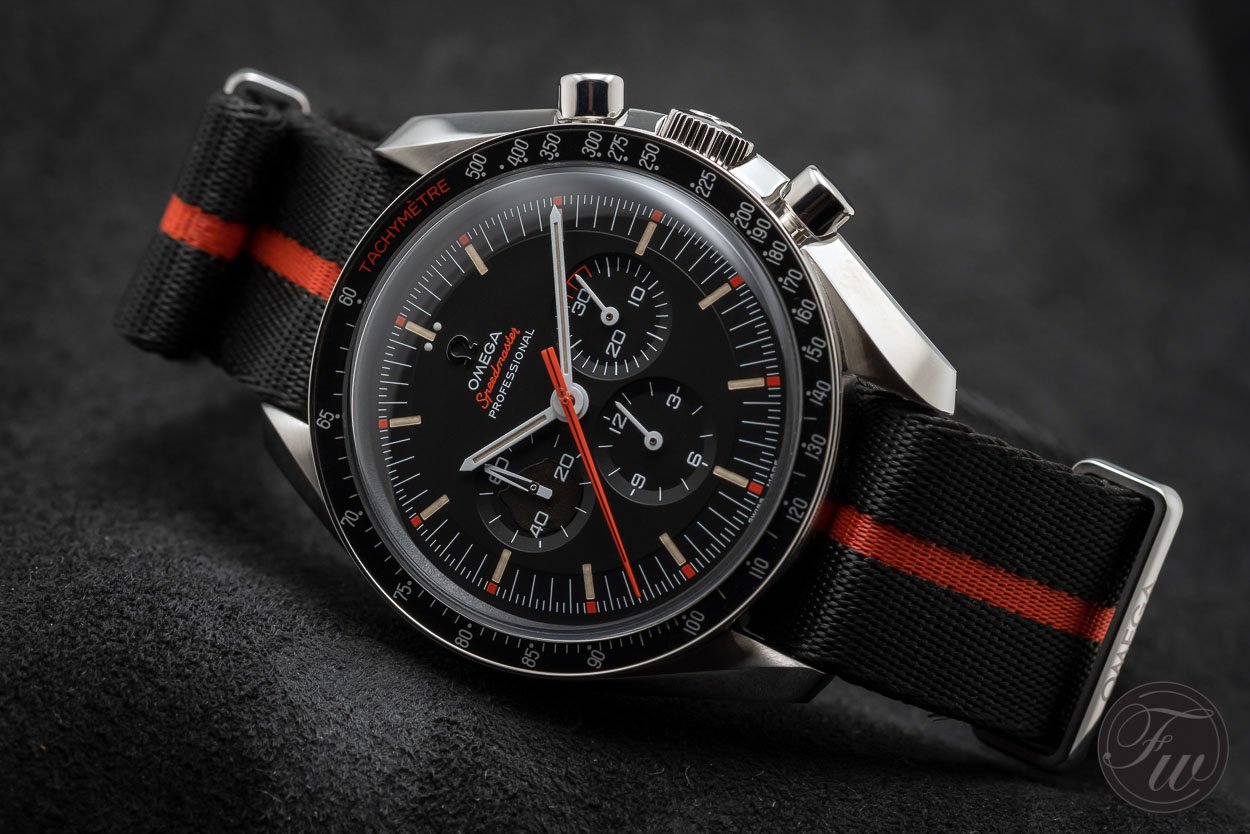 Defend? What has my editor been smoking in good old Holland? Boy oh boy, my Ultraman is miles ahead of the Seiko. However, being the gentleman that I am, I will not get into Seiko bashing. After all, we all know who the real winner of this round-up has to be (*whispers* Speedmaster). Truth be told, I often have a problem when we write these articles because I feel like my watch speaks for itself. I mean, it is an Omega Speedmaster, for goodness’ sake. It’s a modern version of an iconic model that started its legendary journey 60+ years ago as a racecar driver’s watch. Yes, along the way, the Speedmaster’s “career” got side-tracked by this thing called the Moon landing, in which our protagonist played a major part. But let’s get back to the topic. The Ultraman is just as much of a Speedmaster as the 2915, the 145.012, or any modern reference for that matter. The size, the dial, and the functions are all there, and more. 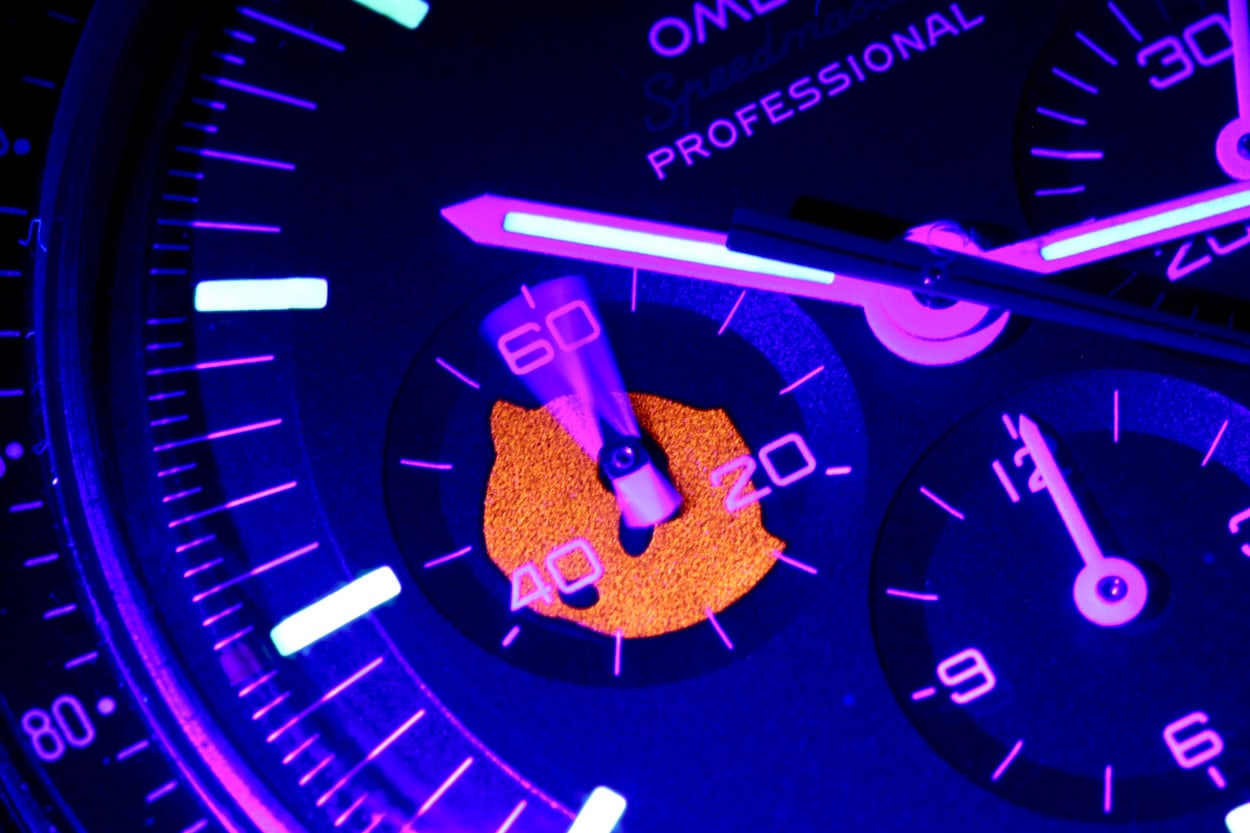 The Ultraman, aside from the fact that it’s a 100% Swiss timepiece, has a Japanese theme. Clearly, the TV show or the characters have nothing to do with racing, but that should not bother us. Yes, the Speedtimer is a wonderful watch, no doubt about that (see? Told you I’m a gentleman), but what else is there? Please, G-pops, don’t start talking about its movement because I’ll fall asleep. What I’m trying to say here is that although the Seiko is great, it is also boring. The Ultraman, on the other hand, is a Swiss beauty, with a Japanese theme and clear-cut racing DNA. “It’s way too much packed into one watch!” you say? Maybe! Or maybe you are just a Seiko voter, and I have nothing to say to you because I won’t be able to persuade you anyway. 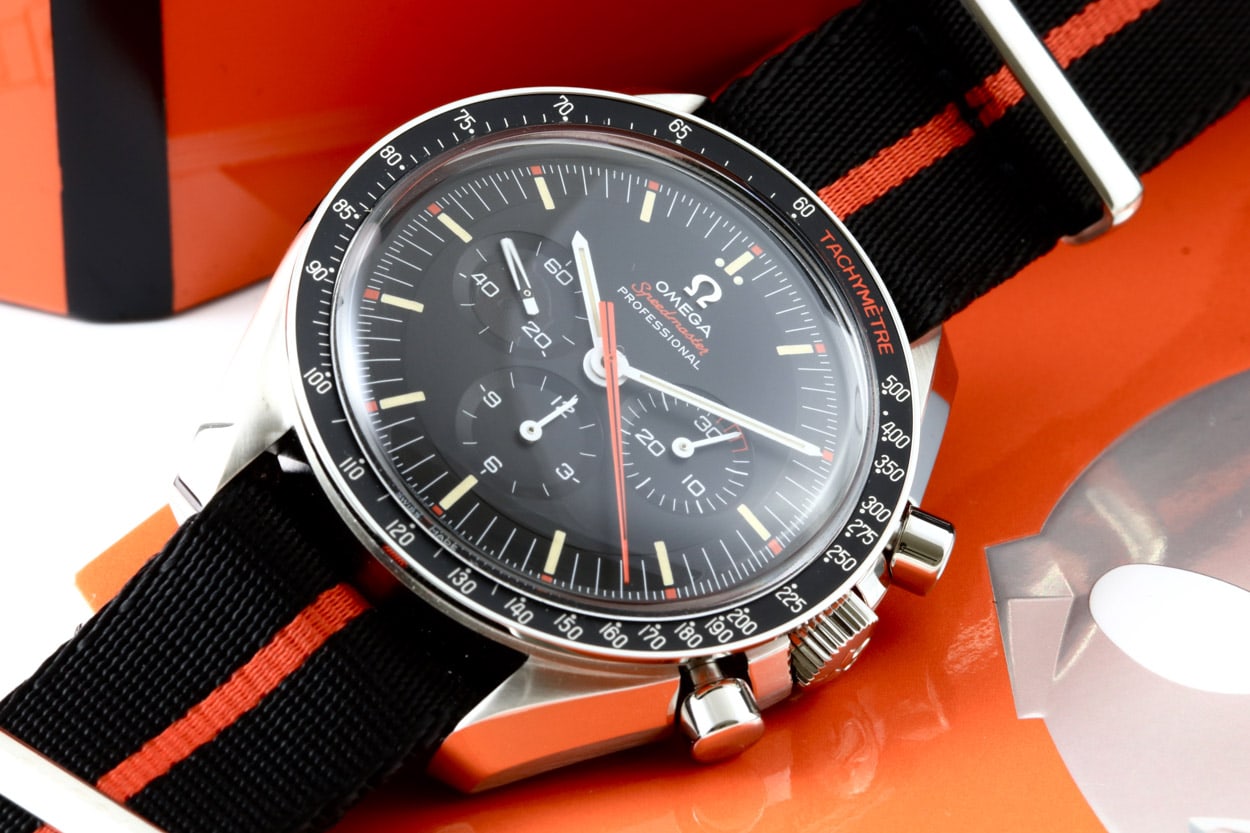 Speedmaster all the way

The only feature where my beloved Speedy meets the Seiko, aside from its tachymeter scale, is the name. Even there, this Japanese piece is lacking. The Seiko times speed, but the Omega masters it. Come on, do I really have to go on? Yes, there clearly is a price difference between the two. But as the judges say in those tacky courtroom dramas, “I’d like to ask the jury to disregard the previous statement,” as it is not important here. What we are looking for is the best racing chronograph of the last decade. The Speedmaster Ultraman might not be the perfect contestant, but it’s way better than the Seiko, so it has to prevail. Thank you, your honor. 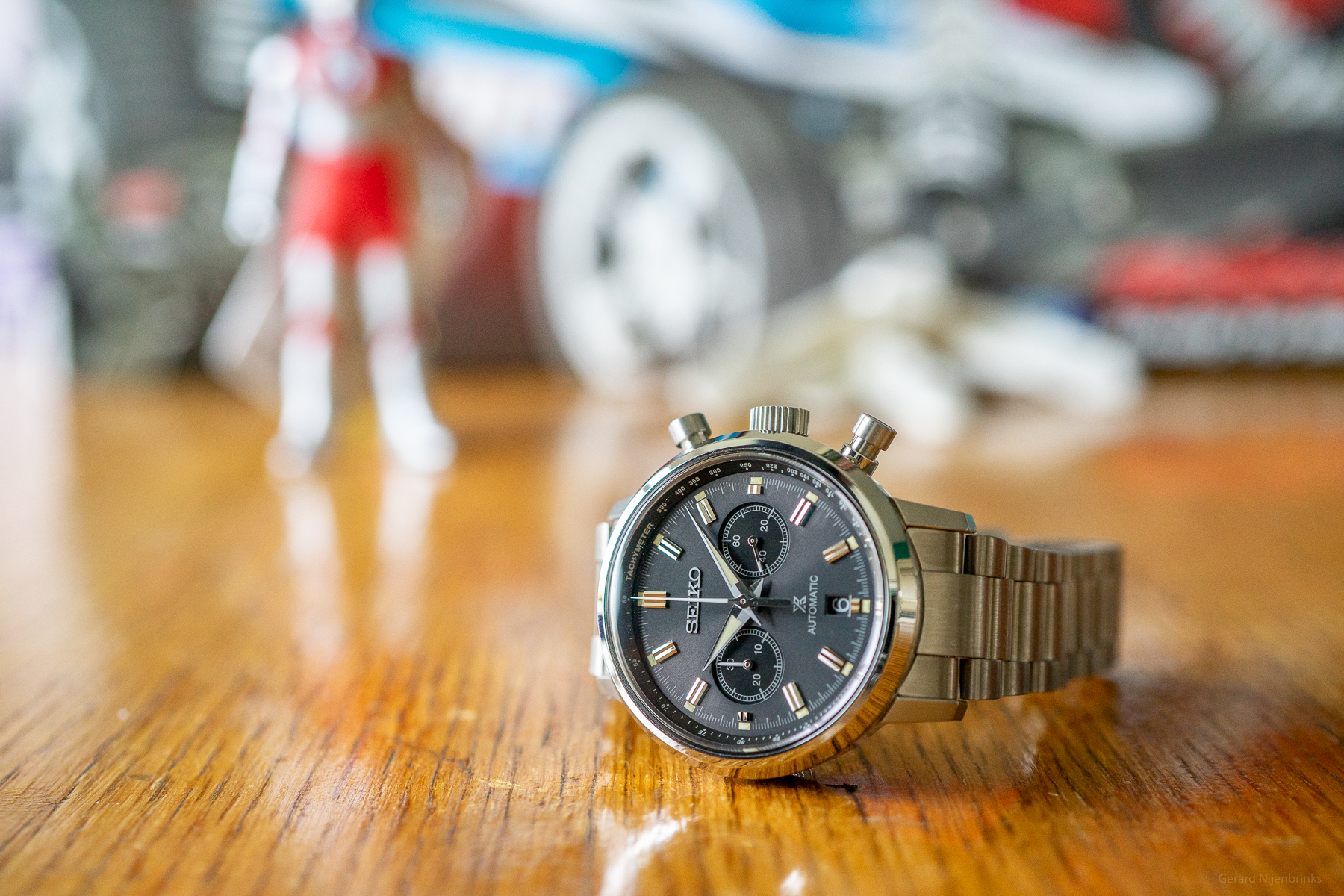 What a name for a racing chronograph! Speedtimer. Could it be any more to the point? The title precisely indicates what a racing chronograph is meant and made for — timing speed! The name dates back to 1969, but little of the SRQ037J1 chronograph reminds of that era. Sure, a few design nods probably can be found, but those are likely not even from the first Speedtimer models. 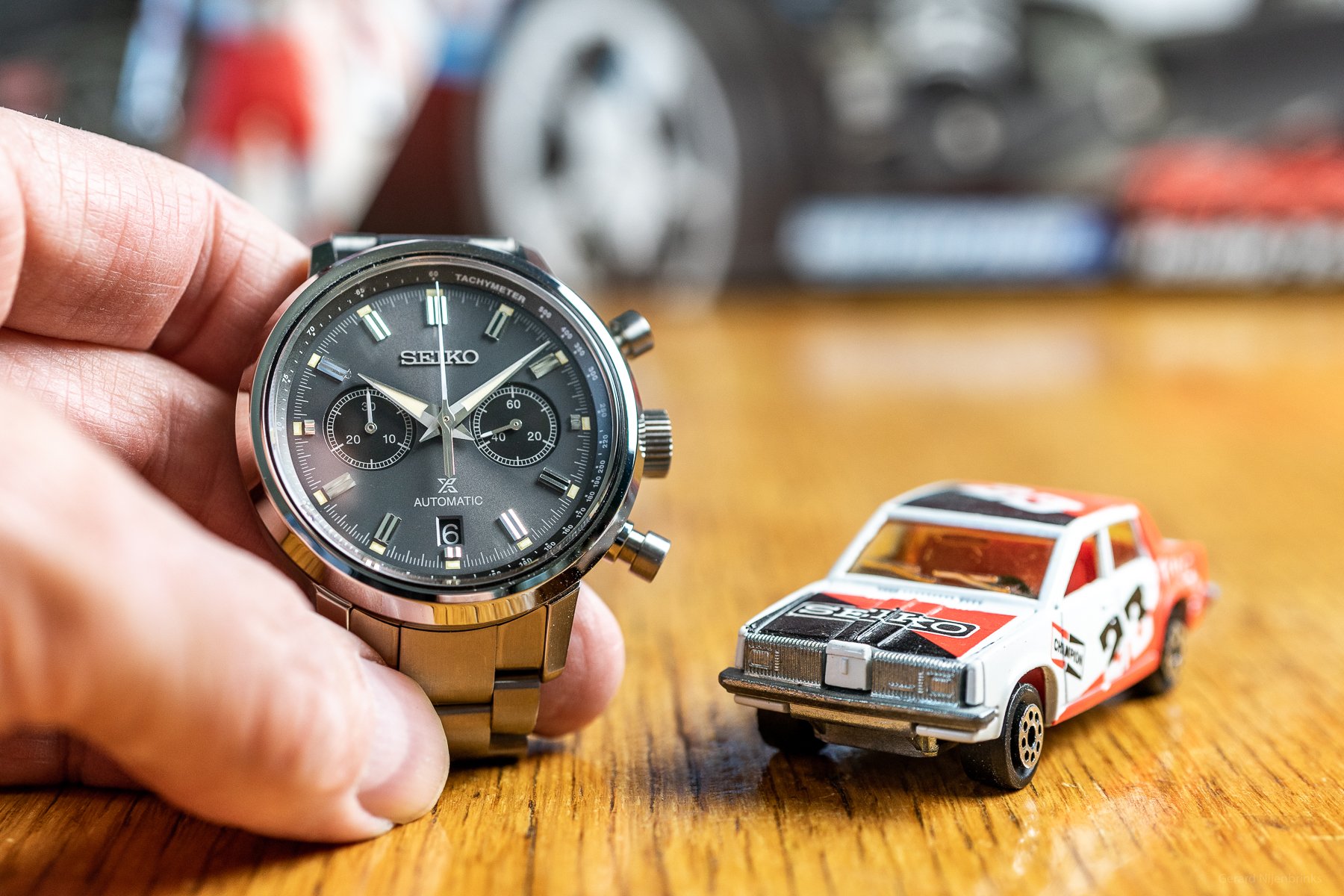 Even more than today’s other competitor, the Omega Speedmaster Speedy Tuesday Ultraman, this Seiko chronograph is state of the art. The 8R46 caliber is one of Seiko’s latest developments, while the competition houses a movement that hasn’t changed much since 1969. Caliber 8R46 further develops caliber 8R28 that Seiko has used in its home-market Ananta chronographs since 2008. These calibers combine traditional Seiko chronograph features, such as a column wheel, vertical coupling, and the Magic Lever winding system. They also feature several innovations, including a three-pointed hammer that ensures all the chronograph counters return to zero simultaneously. Those interested in the history of Seiko chronographs should not neglect to read good ol’ Gisbert Brunner’s Seiko’s Chronograph Chronology article over at Watch-Time. 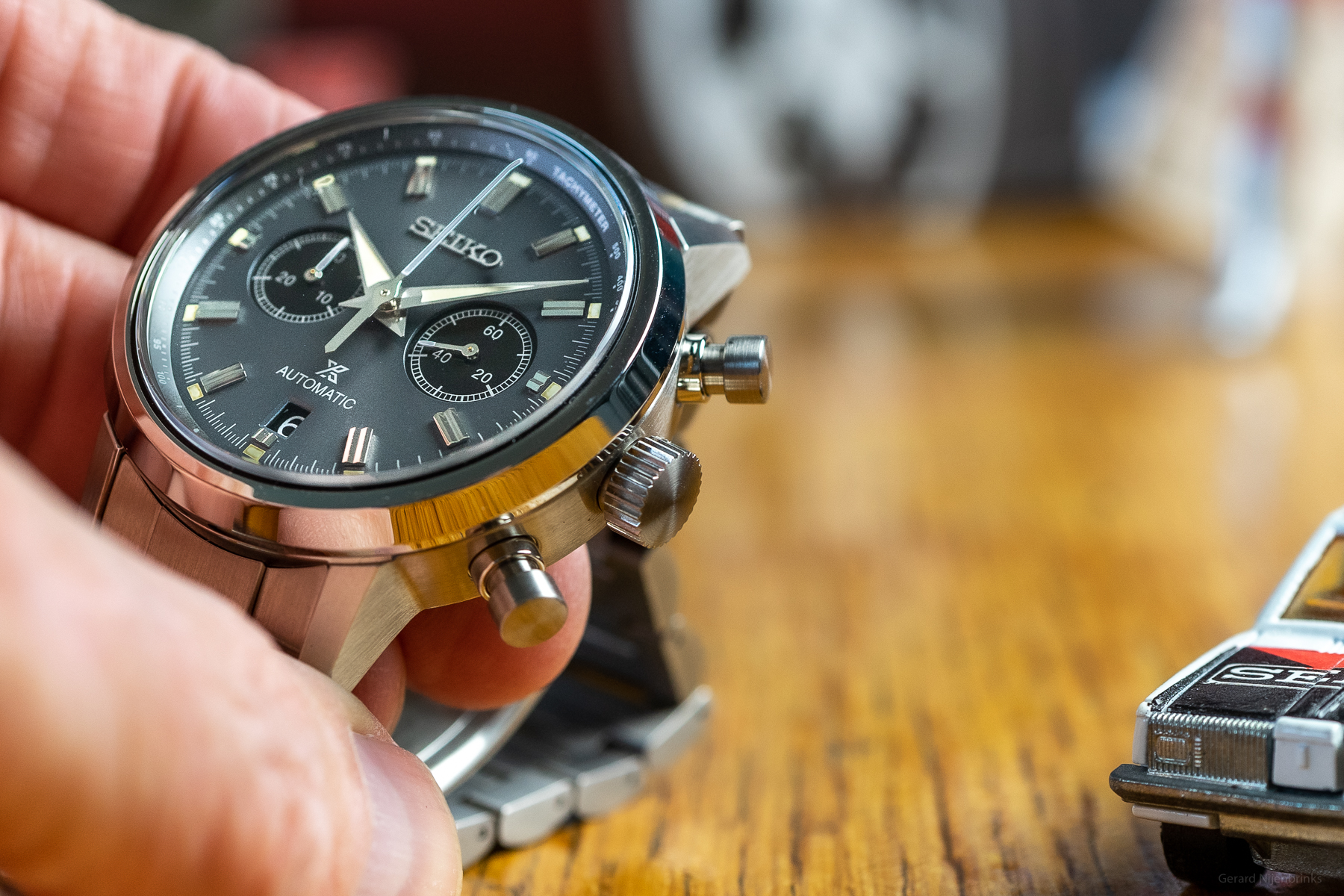 Occasionally, people criticize the SRQ037’s pushers as too pronounced. And as the above picture shows, yes, they are present. However, as a defense, I’d say their shape is for a reason. This watch is intended to be used as a stopwatch, and thus, those pushers are of the utmost importance. 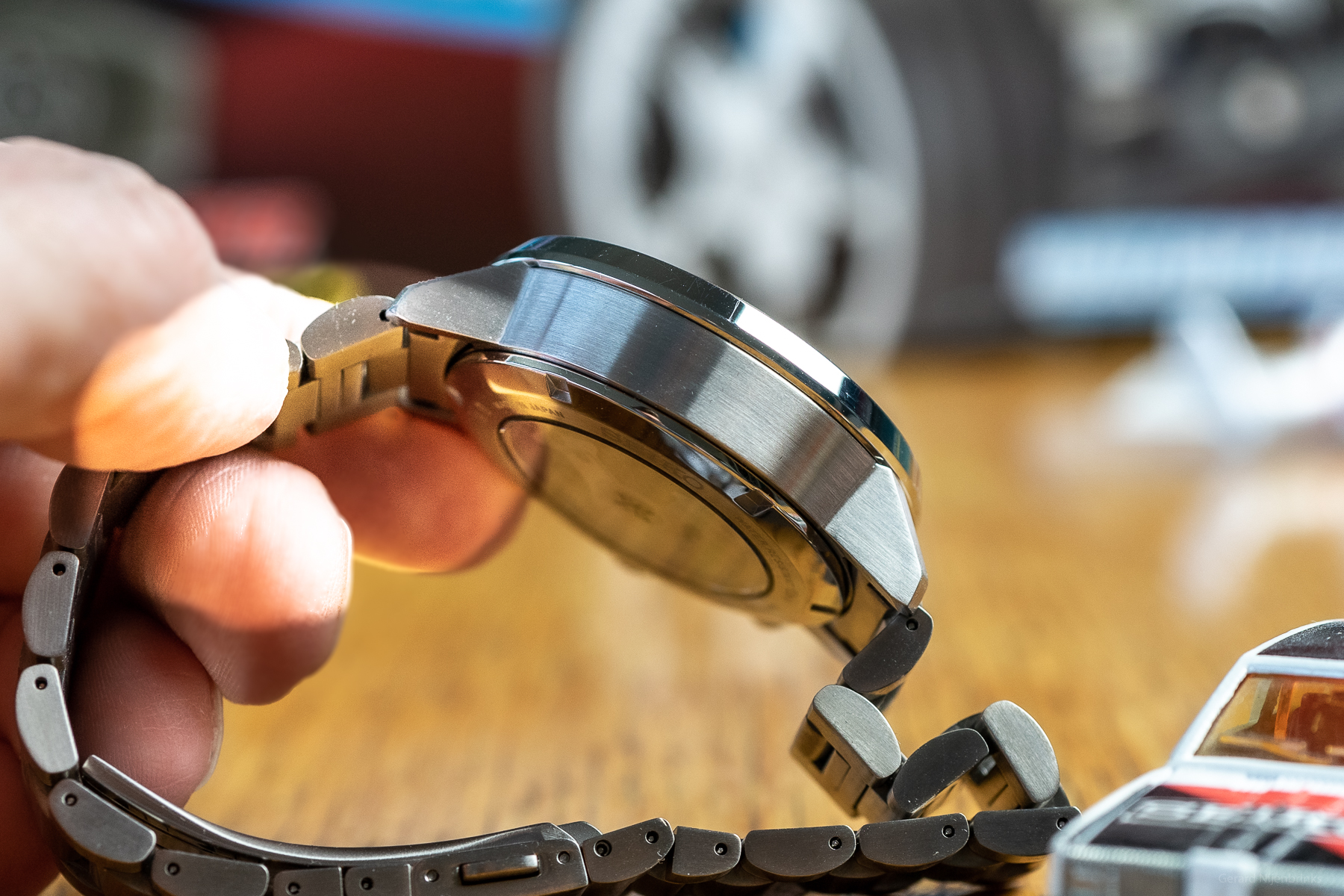 Another aspect people notice about the Seiko Prospex Speedtimer is its considerable height. At 15.5mm, I can only say that that’s true; the watch is relatively thick. And not only does the actual size in millimeters show it, but the watch design itself does so as well. But mind you, this thickness is not uncommon in sports chronographs. The size is actually relatively standard in this league. It’s probably the flat case back that doesn’t help its impression. Because of it, the sides of the case stand proud.

That’s enough posturing about minor details. Please, let’s have your votes now. Which of these two racing chronographs should be the winner of this The Fast And The Fratelli shootout round? And, please, don’t forget to explain your choice in the comments below!

Hot Topics
Introducing: The New Seamaster Professional 300M 60 Years Of Bond — With A Special Animated Case Back
105 comments
Introducing: The Oris Divers Sixty-Five Fratello Limited Edition
104 comments
Are You Still After An Omega × Swatch MoonSwatch?
104 comments
It’s Time To Invest In A Dress Watch — Our Picks From Breguet, Omega, Grand Seiko, And More
74 comments
The Rolex Waitlist Conundrum — How Much Will The Price Of Your Watch Increase While You Wait?
50 comments
Popular
Why Are There No Stainless Steel Rolex Watches Available?
Robert-Jan Broer
121
Hands-On With The Seiko SLA019J1 Marinemaster
Robert-Jan Broer
4
Watches Of The King – Elvis Presley’s Notable Timepieces
Balazs Ferenczi
9