It was perhaps unnecessary to start off with that proclamation, but it’s true. Bamford’s signature accents are those bright aqua blues you see on this G-Shock DW-6900BWD. This is George Bamford’s cool signature and has always been, no matter the craze for “Tiffany Blue” Rolexes and Pateks. Here, we see the fresh color popping off the battle-proof resin G-Shock case even stronger than the first collab from 2021.

Like many watch lovers, I confess to a split personality, and the new Bamford x G-Shock DW-6900BWD awakens my dominant side. I have an equal affinity for big divers and brawny G-Shocks as well as a deep love for 38mm chic. G-Shocks are equally cool for me now as they were in my teens, and the custom touch of Bamford London makes this one of the best this year. It’s the second of two great Bamford/G-Shock collabs, following their first square G that I still wish I had pulled the trigger on. So let this be an important note: these are online Wednesday, July 20th, but will invariably fly off the shelves. Let’s find out why. 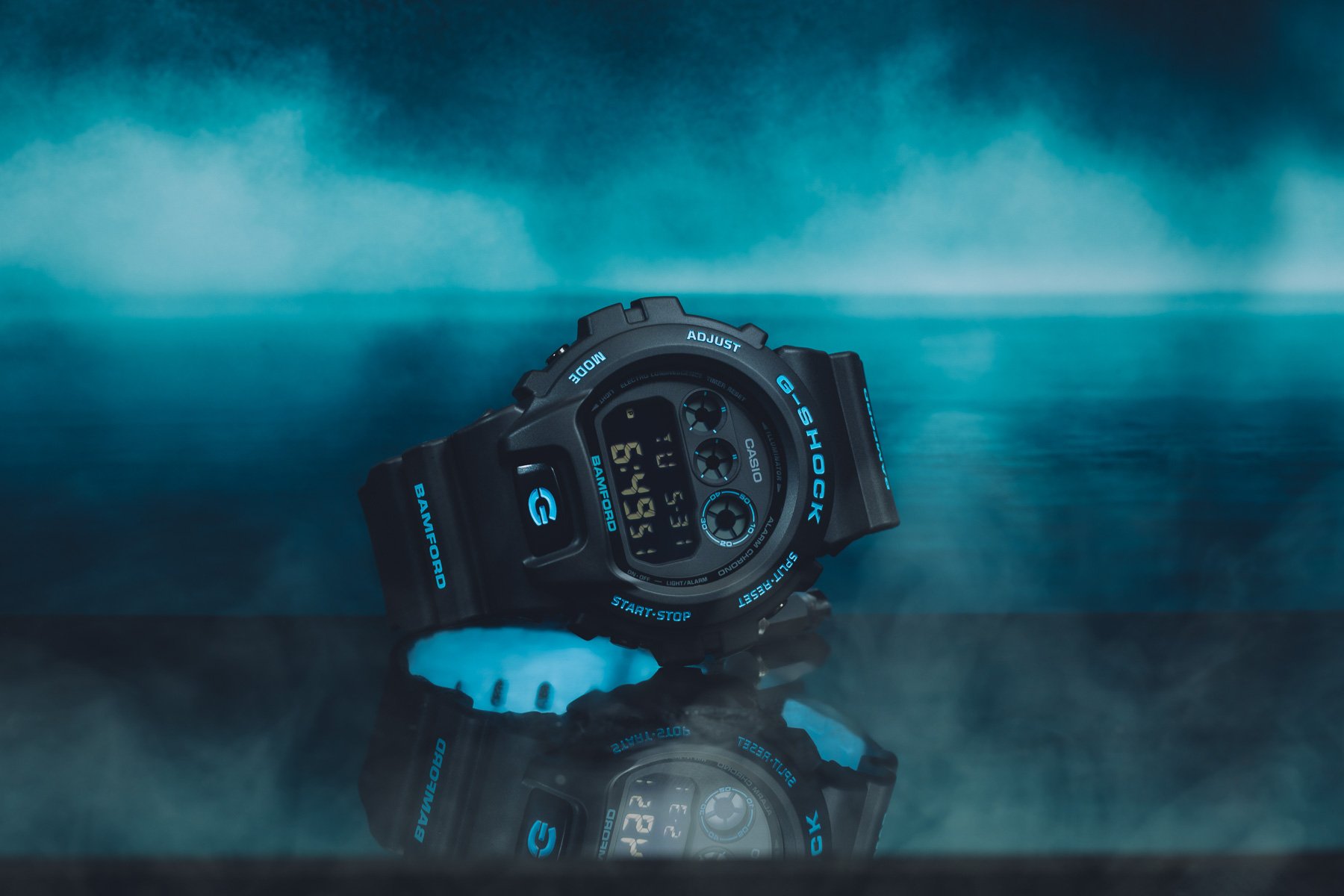 I’m a square-5600-series man. Those G-Shocks simply look good and wear great. The DW-6900 series is a fickler beast, unmistakably BIG but super light. It wears great, just not with a shirt. But you already knew that. It is a color-sensitive choice, and this pure black with blue accents works in its favor. I know I will often mention a match-up to get the right look for your day, but that’s what a G-Shock is about. It’s a super-cool companion that is large on the wrist and nearly indestructible. You don’t buy it to tell the time in your office. It’s a lifestyle choice and a cool tool that takes a beating. Turned-up black jeans with a light blue large-fit T-shirt — that’s the way to go with the new Bamford x G-Shock DW-6900BWD. The blue here is in fact a combo of three subtly different shades, and the buttons are blacked out for a bespoke feel. 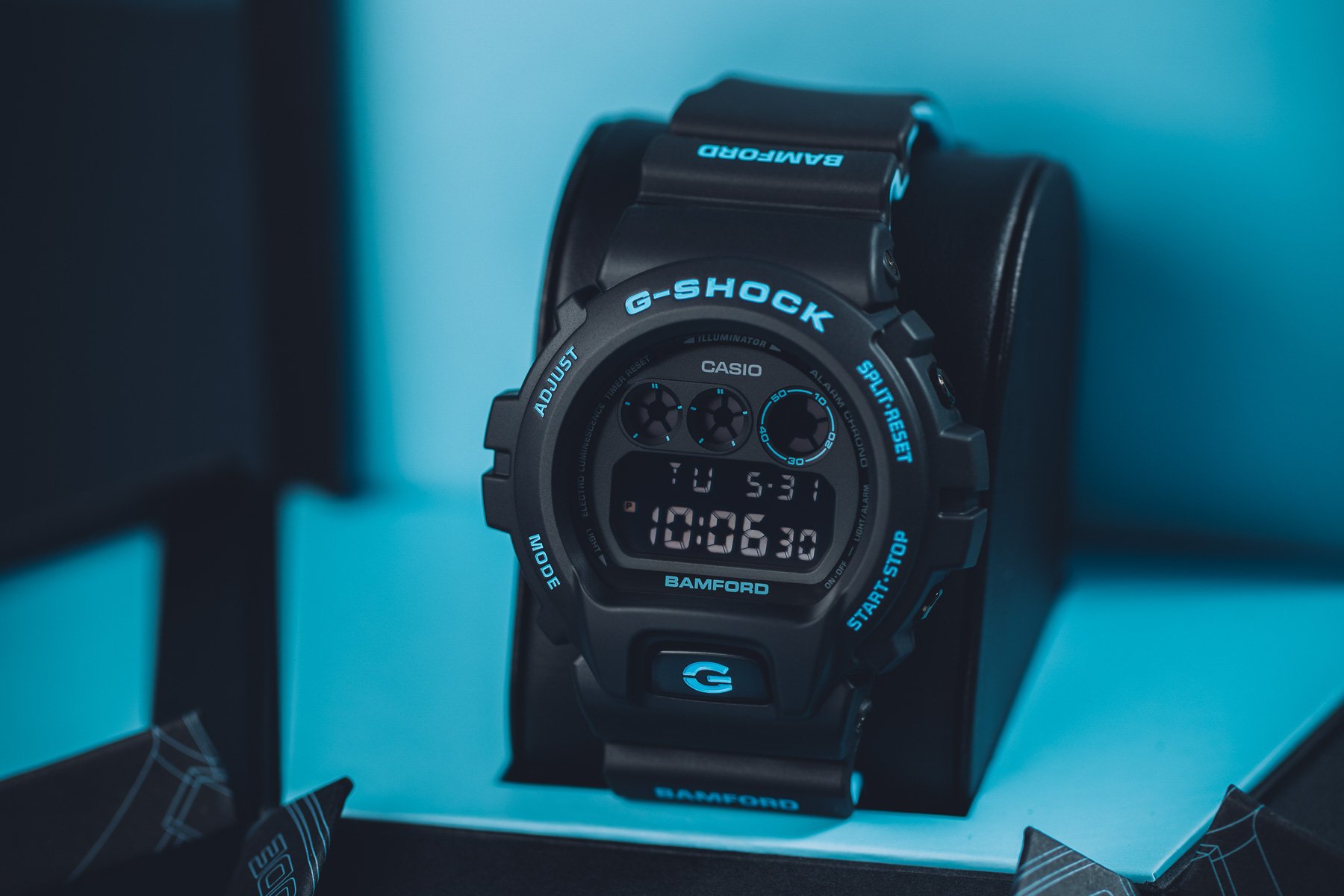 Blacked out but popping

The 6900 case is distinctively round. Encircling the display (not a dial, man) are the functions in a blue-filled font slightly darker than the strap text. Black buttons control the do-it-all digital module from Casio via an inverted black display. There’s a thin blue line visible on the sides of the strap. That’s the blue underside hinting at its color. Blue markings dot the three upper sub-dials, the right one popping out at you in a modern take on a big-eye chronograph register. Push the “G” button at 6 o’clock, and of course, all numerals light up in blue (because… Bamford). At 50mm across with a mad-stretched 53.7mm lug-lug, it’s no shrinking violet, but what a charming bruiser. Come on, you weren’t expecting a 38mm G-Shock, were you? 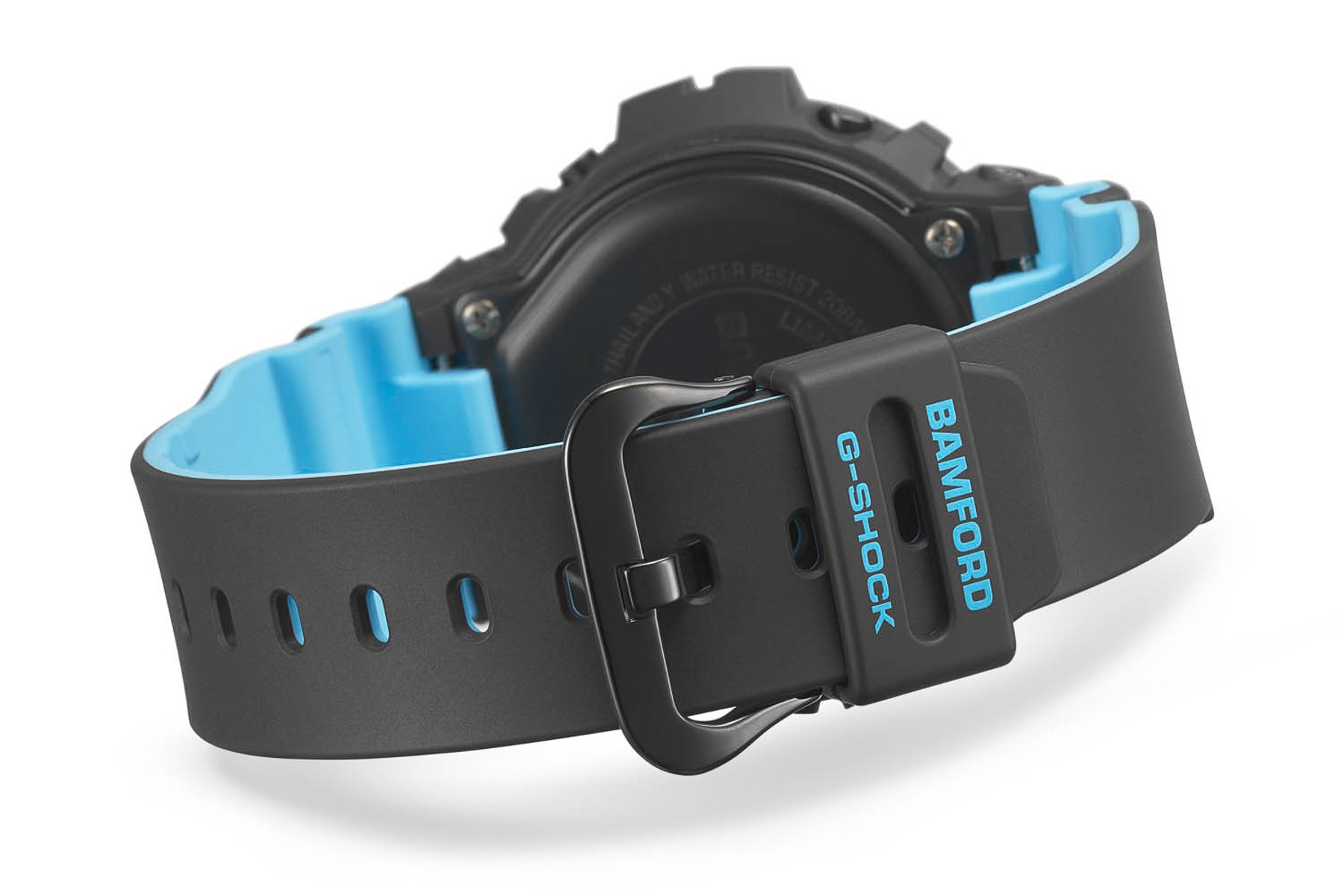 This distinctive collab has George Bamford’s sharp, custom touch for under £200. It also has two dangers attached to its resin strap. The first one is an entry ticket to the deep rabbit hole of G-Shock collecting. Unless you have one or two already, you will get tempted to get more, believe me. They are that fresh, manifold, and affordable. The second danger lies within the tempting Bamford Watch Department customizer, which enables you to customize watches from Zenith, TAG Heuer, and more. Just tread carefully if you think about purchasing this G-Shock, but for the £149 price, it is mighty tempting.

The lack of color other than the freshest aqua blue you can conjure simply underlines the full-function design.

With the new Bamford x G-Shock DW-6900BWD, you get the street cred of Bamford in one of the most solid watches available today. It’s a limited edition for a great price if you’re quick enough, and for me, it’s the best collab DW-6900 this year. The lack of color other than the freshest aqua blue you can conjure simply underlines the full-function design. The 6900 is a rugged beast of a watch with a light feel on the wrist, unlike most other wristwear. It will be available starting on Wednesday, July 20th through the Bamford London website. 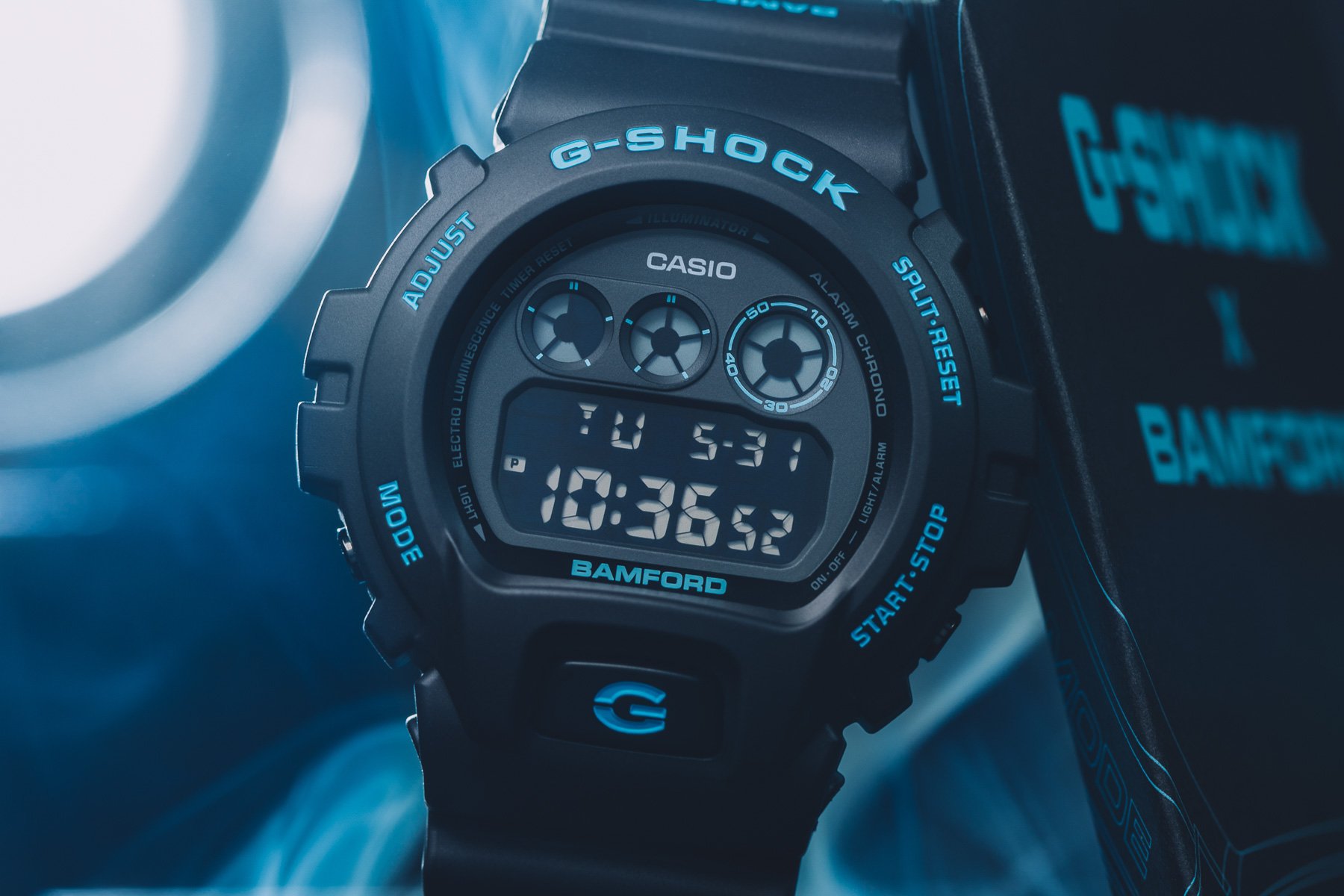 So, Fratelli, does this tickle your taste for G-Shocks? Perhaps you’re strictly non-digital and just waiting for the right one. Let us know in the comments!