The company of Czapek & Cie. has a long history. It began initially on May 1st, 1845, when Franciszek Czapek (by then, going by the name François) founded the company with his new partner, Juliusz Gruzewski. Gruzewski, a fellow Pole, replaced the rather famous Antoine Norbert de Patek as Czapek’s right-hand man. Their partnership would continue until 1869 when Czapek himself mysteriously vanished. His name fell out of common usage until the brand came back on the market in 2015. Since then, Czapek has gone from strength to strength, developing an impressive following along the way. But the brand may never have been achieved its current success were it not for a seldom-seen, oft-forgotten chronograph with an unusual “California” dial…

In 2012, the three co-founders of the modern Czapek & Cie registered the company name for business. In order to do so legally, they needed to have a product in hand as proof of the company’s activity. Thus, the model that would go on to inspire the Czapek California Dreamin’ and, subsequently, this model, the California Blue, was born. Named the Czapek Design Study Chronograph and powered by NOS movements from the 1970s, this unusual outlier in the Czapek canon quickly became popular among early backers.

In fact, a small circle of friends purchased the Czapek Design Study Chronograph, enabling the brand to continue its research into and development of the SHX1 caliber. That movement would go on to feature in the brand’s inaugural collection — the Quai des Bergues series — released in 2015. 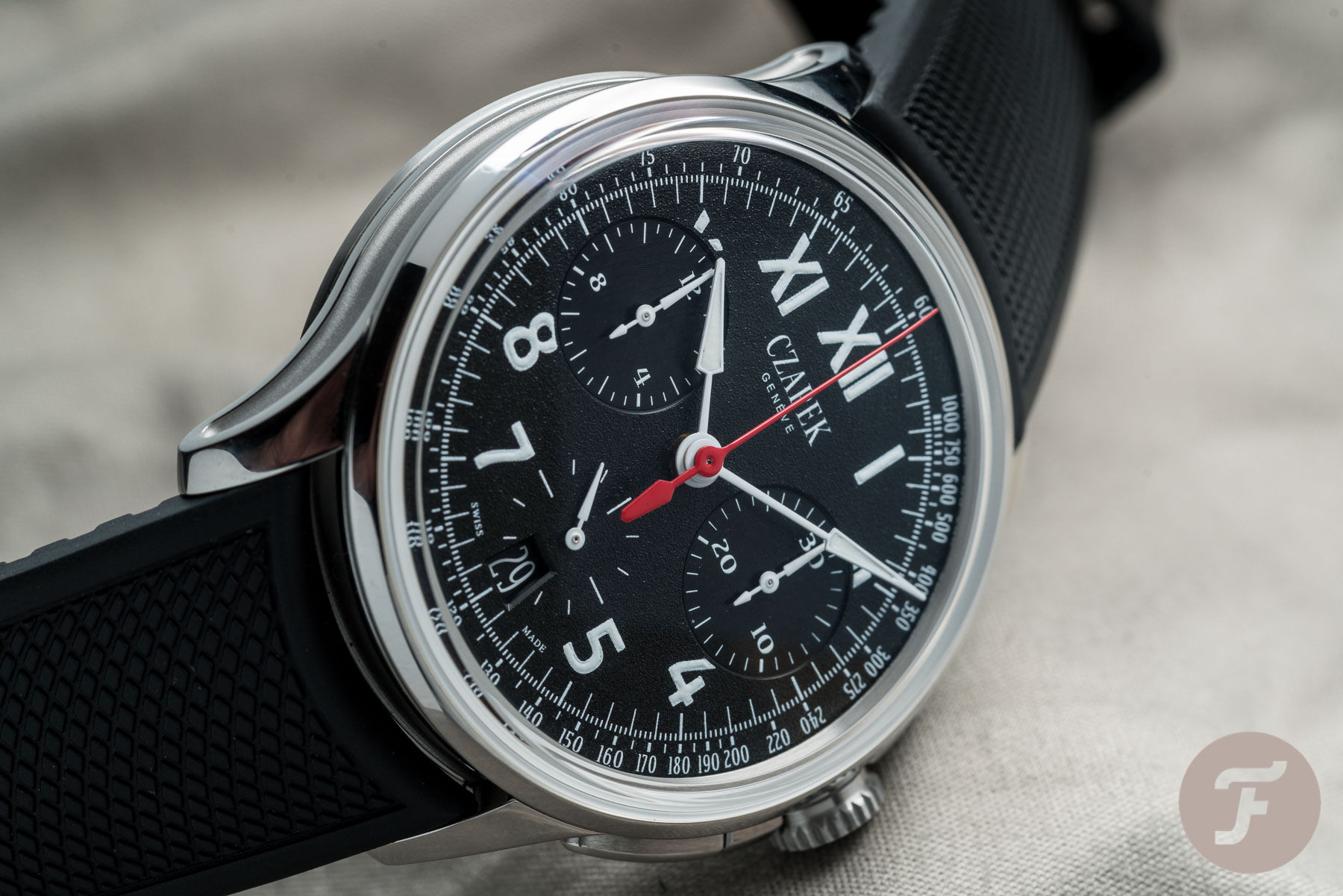 The black dial in the core collection…

The black dial California Dreamin’ model has been around for a while. It is clearly the mature cousin of the Czapek Design Study Chronograph but uses a duller shade of red on the seconds hand (the CDSC used an almost neon hand, in fact), and has a much worse name (in my opinion). The difference in quality and build refinement between the two, however, is stark. 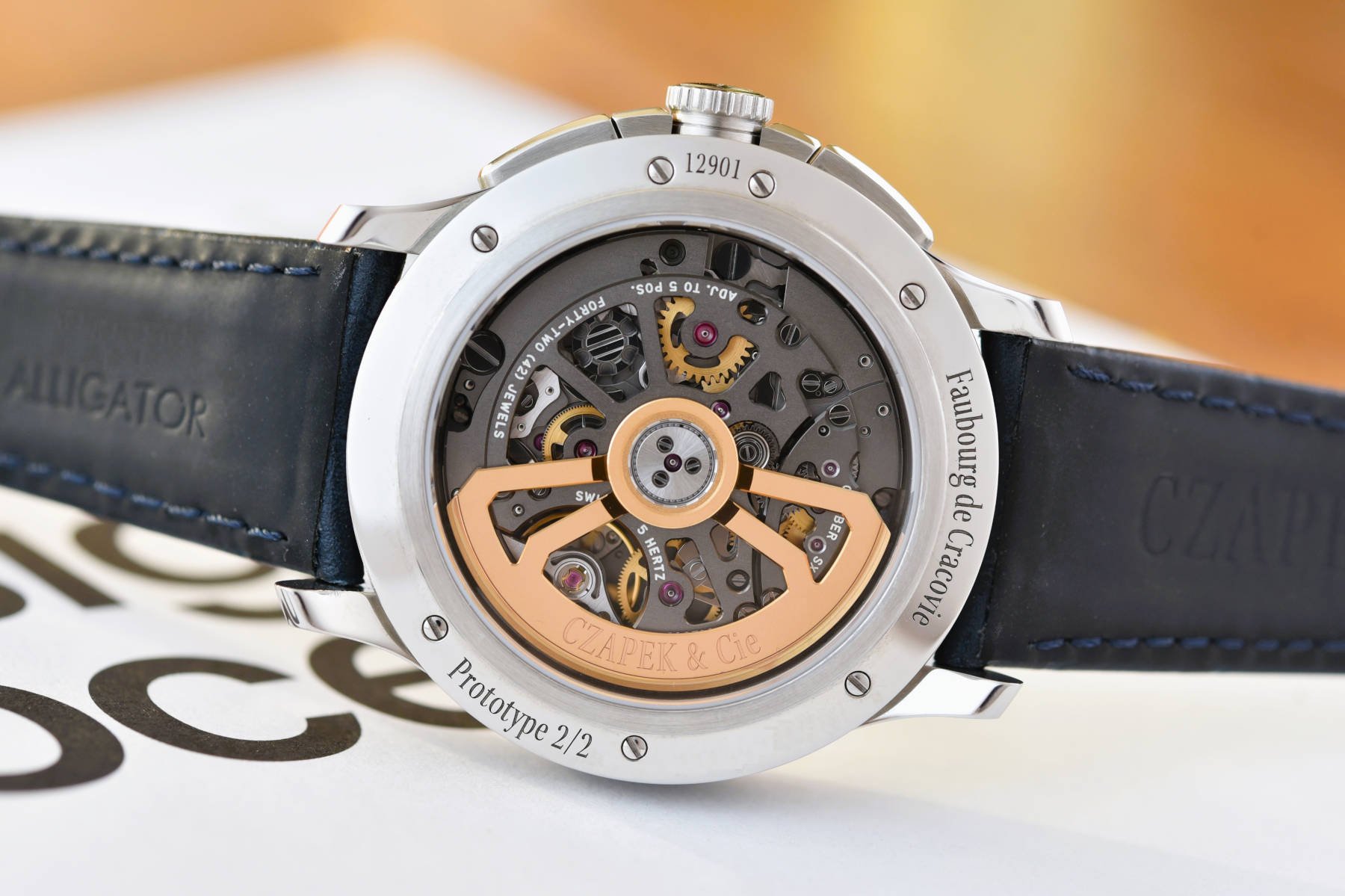 The modern output of the Czapek brand is truly something to behold. Yes, the brand’s meteoric rise to its modern-day position as one of the most adored and respected names in the industry may seem difficult to comprehend from afar. Any personal interaction with Czapek’s wares, however, should demolish any lingering doubts of whether its reputation is justified. It is. The SXH1 made sure the brand re-landed with a bang. The SXH3 that features in this chronograph takes things to another level. 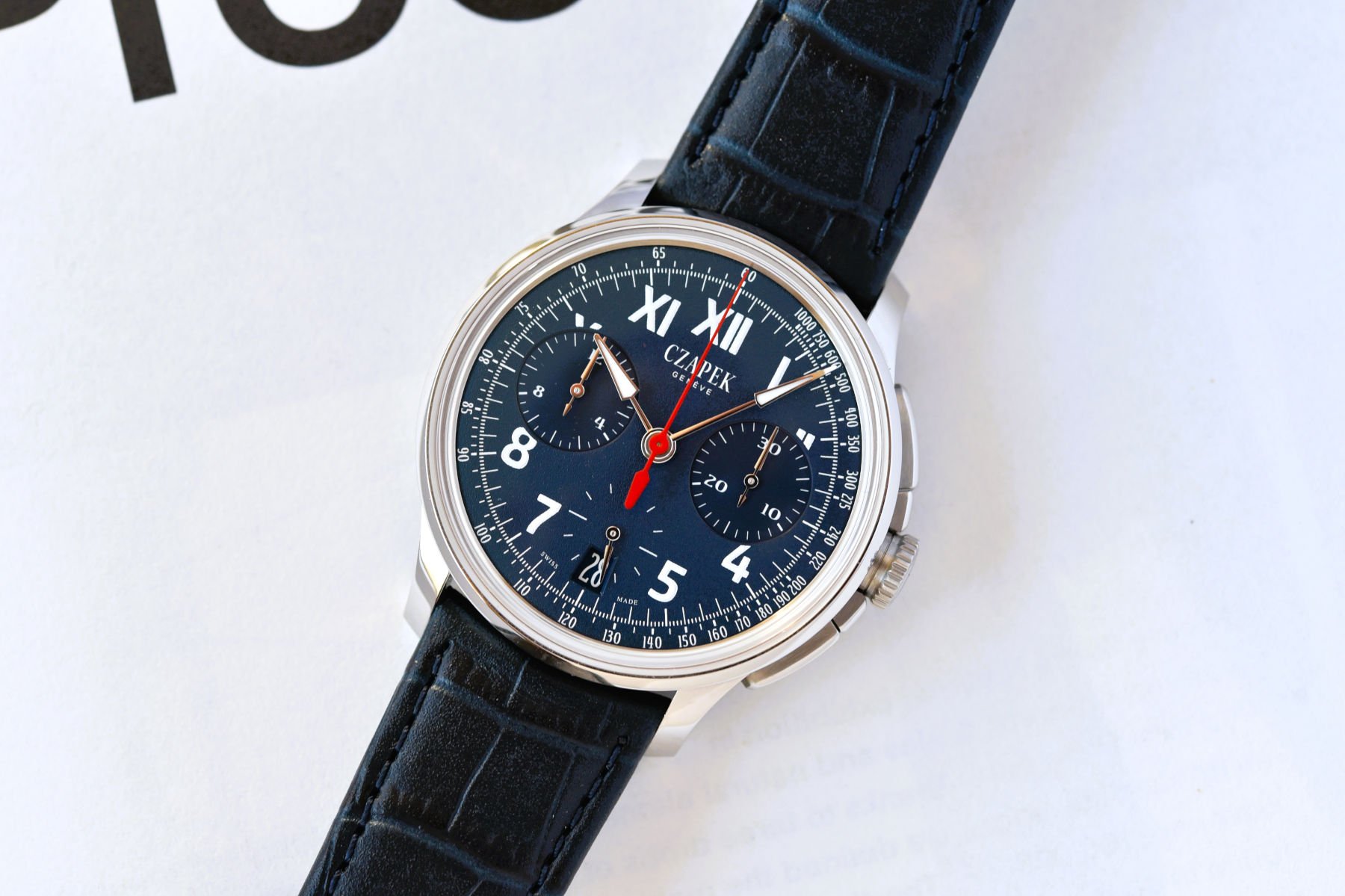 A brush with greatness

The Czapek SXH3 caliber is made for the brand by Vaucher Manufacture Fleurier. Czapek’s proprietary set-up is a COSC-certified, integrated column-wheel chronograph with vertical engagement. It has an operating frequency of 36,000vph, which is the same as Zenith’s famous El Primero movement. Says Czapek CEO Xavier de Roquemaurel, “After four years of experience and analysis, we can now affirm that the SXH3 is one of the most reliable and precise Haute Horology chronographs ever built. It is a masterpiece in terms of conception, displaying the regularity of a perfect machine.” This remarkable movement is housed in a 41.5mm stainless steel case with a water resistance of 50 meters. It sits behind a brass dial, electroplated with a deep blue hue that works very nicely with the “grené” finish. The hour markers — half Roman, half Arabic — are coated with Super-LumiNova, which you’ll also find on the hour and minute hands. 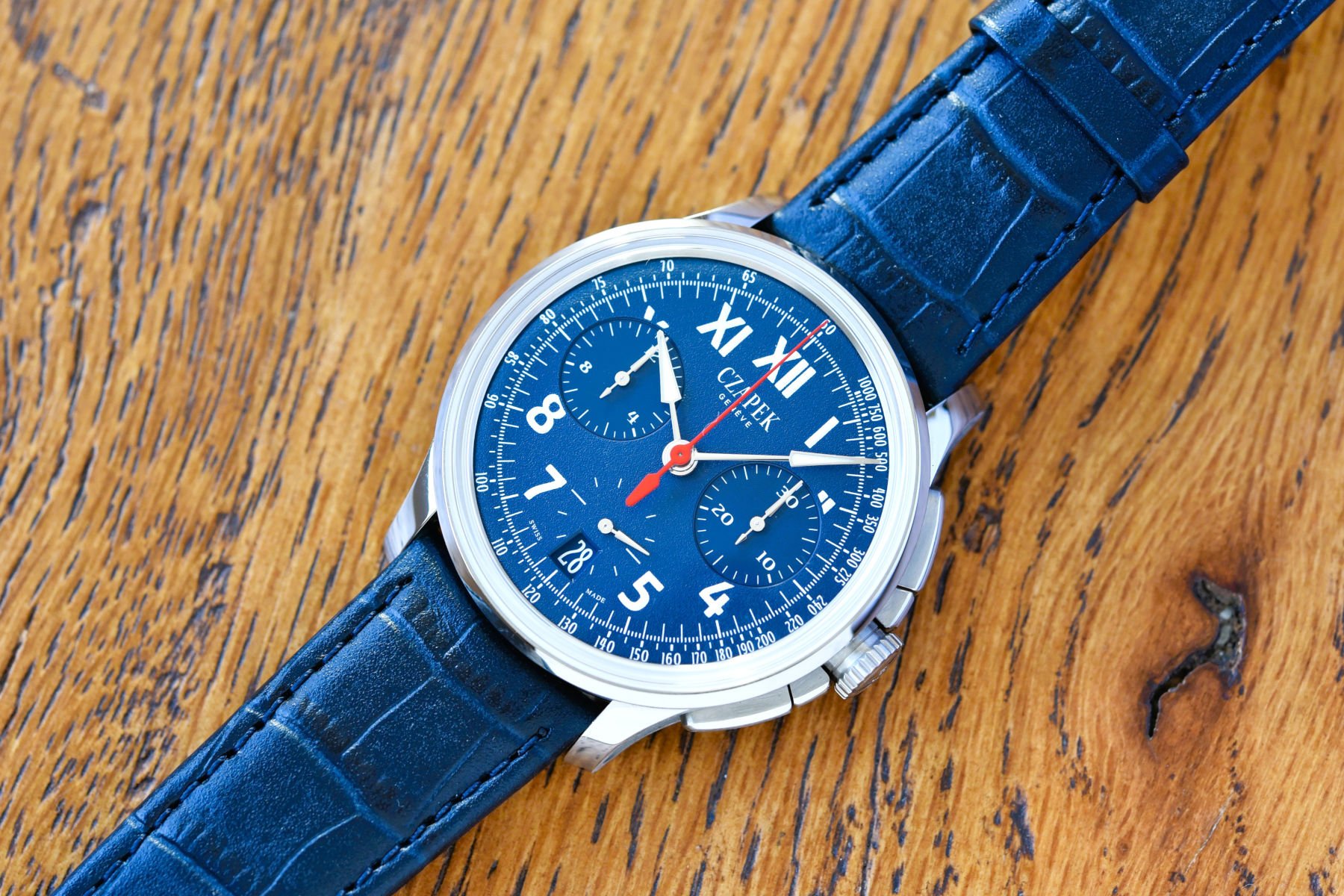 The Faubourg De Cracovie California Blue will see a limited run of just 18 pieces. It is available via the Czapek website and Czapek retailers worldwide now. With such limited numbers and stunning execution, surely, this is not a piece that will linger too long. To jump aboard the current Czapek hype train, reach out to your local dealer to secure one of these models, priced at a cool €28,300. Learn more about Czapek here.

Hot Topics
Introducing: The Omega Speedmaster Super Racing With Spirate System
165 comments
New Release: The Limited-Edition Seiko Prospex SLA067J1 Diver
65 comments
My Predictions For New Omega Speedmasters In 2023
60 comments
The Best Independent/Microbrand Alternatives To The Rolex Explorer In 2023
53 comments
The Time To Buy Is Now: How The Current Economic Climate Influences Watch Buying And How You Should React
51 comments
Popular
Two Patek Philippe Nautilus Watches: 3700/1A Versus 5711/1A
Robert-Jan Broer
16
Why Are There No Stainless Steel Rolex Watches Available?
Robert-Jan Broer
121
An Overview: The Tissot Chemin des Tourelles Watches
Fratello