The news you've all been waiting for dropped at midday...
Rob Nudds
comments 38
Share
Advertisement
Please support Fratello
by disabling your ad blocker.

The wait is finally over. We know the models Rolex has released for 2021 (so far, at least). The first one we’re covering on Fratello is the 36mm yellow rolesor Rolex Explorer.

Leaning heavily on the brand’s association with Everest expeditions, the press material refers to the original size of the watches worn by Hilary and Norgay upon their successful 1953 summit of the world’s tallest mountain. However, those watches were not the Explorer models they would go on to inspire. They were rather Oyster Perpetual watches that served the heroes well in their quest. What followed their triumph was the creation of a watch tailormade to the kind of environments they had endured. The Rolex Explorer line and legend were born.

This new version comes in yellow Rolesor, and it is a real peach. The 18-karat gold bezel, applied indices, hands, and central links of the Oyster professional bracelet give a model widely respected for its hardiness a touch of class. Although this watch is presented and sold on a bracelet as one might expect, I can’t help but think this watch head would look rather stunning on a leather band, and would, in that guise, be a remarkably versatile timepiece. 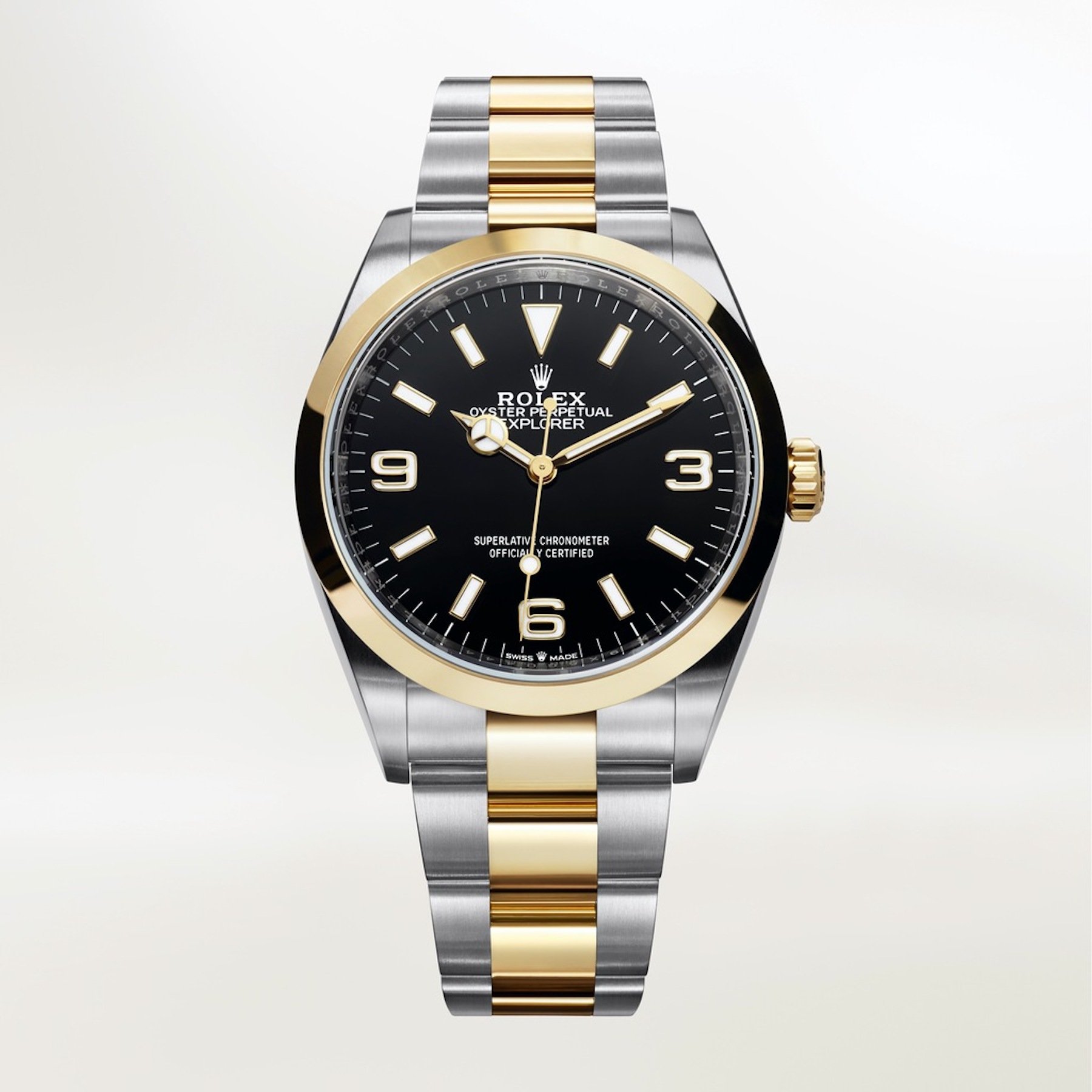 Not a huge surprise

We expected the changes to come in the Explorer collection, but perhaps not in this way. Rolex tends to make “sensible” decisions when it comes to updating its professional watches. Almost everything new is brought in to “improve” the watch’s performance in its intended environment. We’ve all seen the mock-ups of the non-existent Explorer II with a black ceramic bezel floating around, but many rightly pointed out that a ceramic bezel wouldn’t be half as appropriate for the spelunkers for which the Explore II was designed like the current steel version. 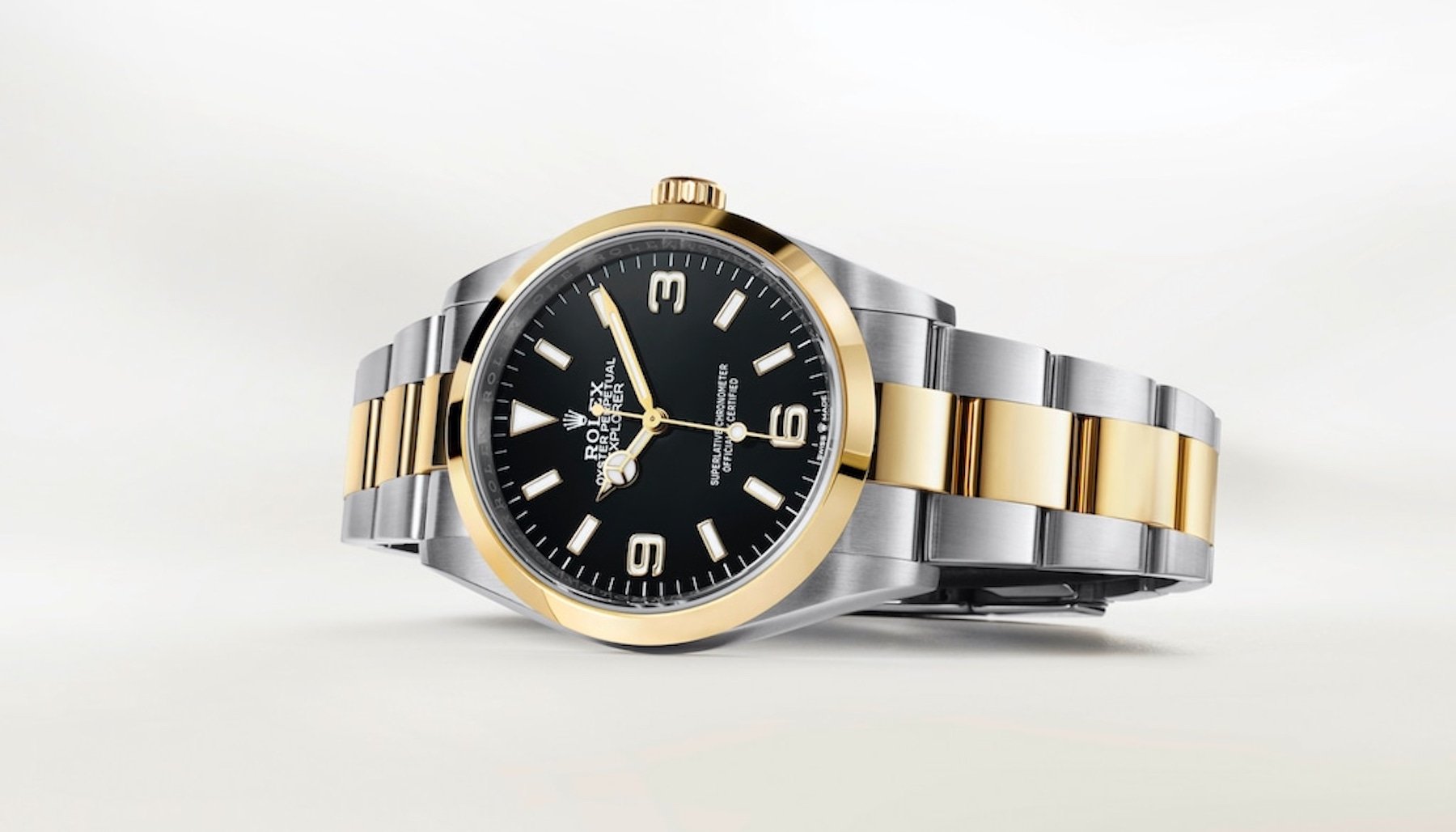 You could argue, then, that Rolex has gone against the grain here with the Rolesor Explorer I. While gold is arguably an even better material than steel for a dive watch given its high resistance to saltwater corrosion, is gold really a better material for scaling the peaks and exploring the rocky wilderness of planet Earth? 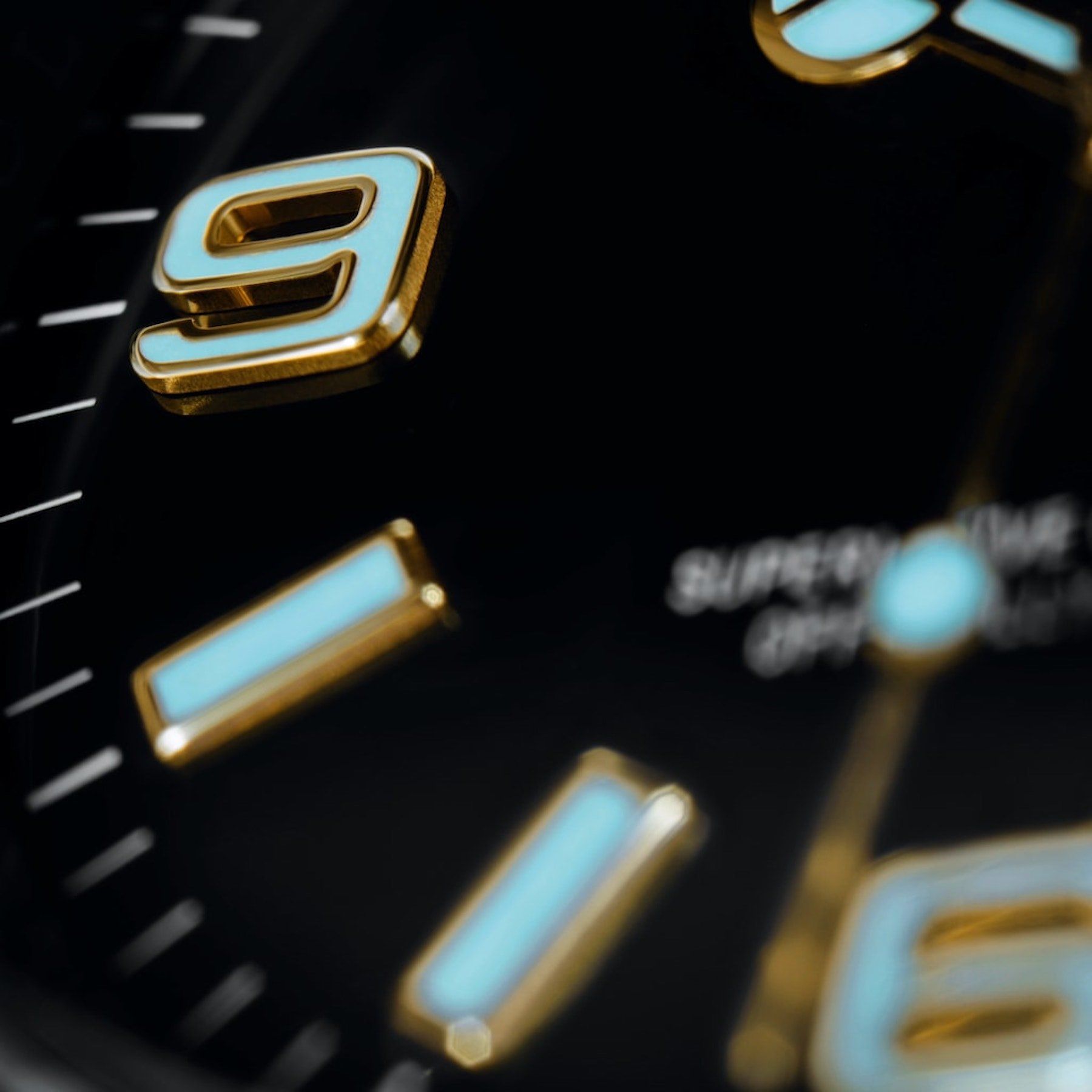 The black dial is now lacquered for a brighter, most luxurious appearance. Reputedly, the Chromalight lume has also been improved to last longer in low light conditions. Additionally, in daylight, the numerals are also whiter than they previously appeared. 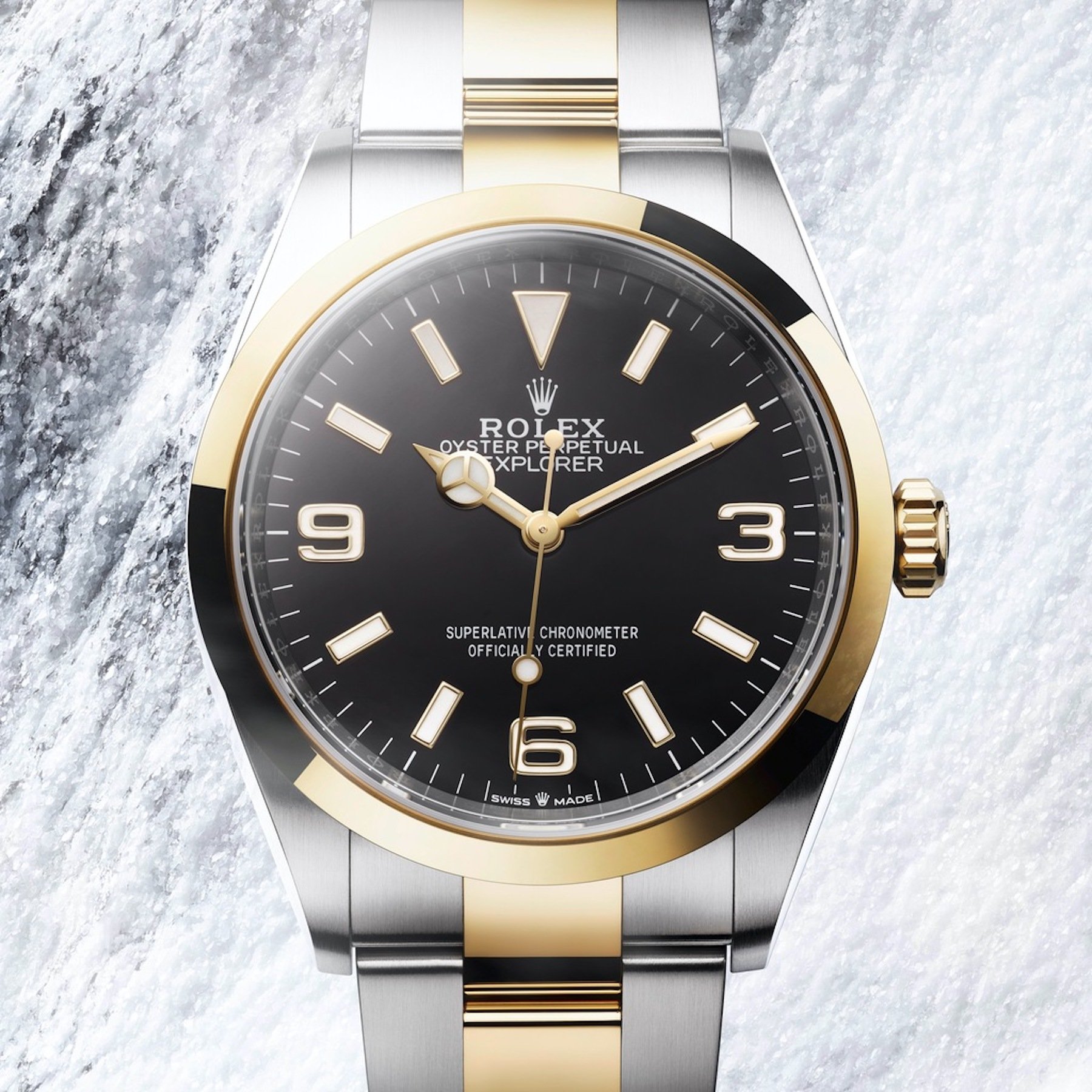 Inside the case we have the 3230 movement, which, like all Rolex watches, bears the Superlative Chronometer certification, ensuring supreme performance wherever you are in the world. Of course, the legendary Oyster case is water-resistant to 100 meters as you would expect.