It is no secret that this all started because of our passion for the Speedmaster. I would even go further and say that Fratello Watches wouldn’t exist if it wasn’t for that particular day almost twenty years ago (in 1999) that I bought my first Speedmaster in a shop in The Hague (owned by our – now – editor, Gerard Nijenbrinks). Speedy Tuesday is our way to commemorate the chronograph that went to the Moon and besides that, is just a very pretty and legible timepiece. In the meanwhile, it has become the hashtag on Instagram and Facebook for many people to show their love for the Speedmaster.

So for this 5th anniversary, I thought it would be nice to give you an overview of the Top 10 Speedy Tuesday articles that received most reads/views. Sure, recent articles didn’t get the time to get as many views as some of the ones that are 4-5 years old, but it does give a nice indication. You will see that our buyer’s guides do pretty well in general, and so does the coverage for specific models. As expected, the X-33 for example doesn’t get much traction, as it requires a special kind of taste (or call it interest) to like and appreciate this watch. What’s interesting to note is that the Speedmaster Reduced is becoming increasingly popular. Is it due to the smaller size, or perhaps the fact that it looks like a Moonwatch but is automatic and simply cheaper?

Without further ado, here is our Top 10 Speedy Tuesday articles. On to the next 5 years!

Our best read Speedmaster article that we continuously update with information, as the market for Speedmaster changes constantly. In this article you will find background information on the various Speedmaster reference numbers since 1957 and an overview of the Mark-series. This article was the first of three on buying Speedmasters. 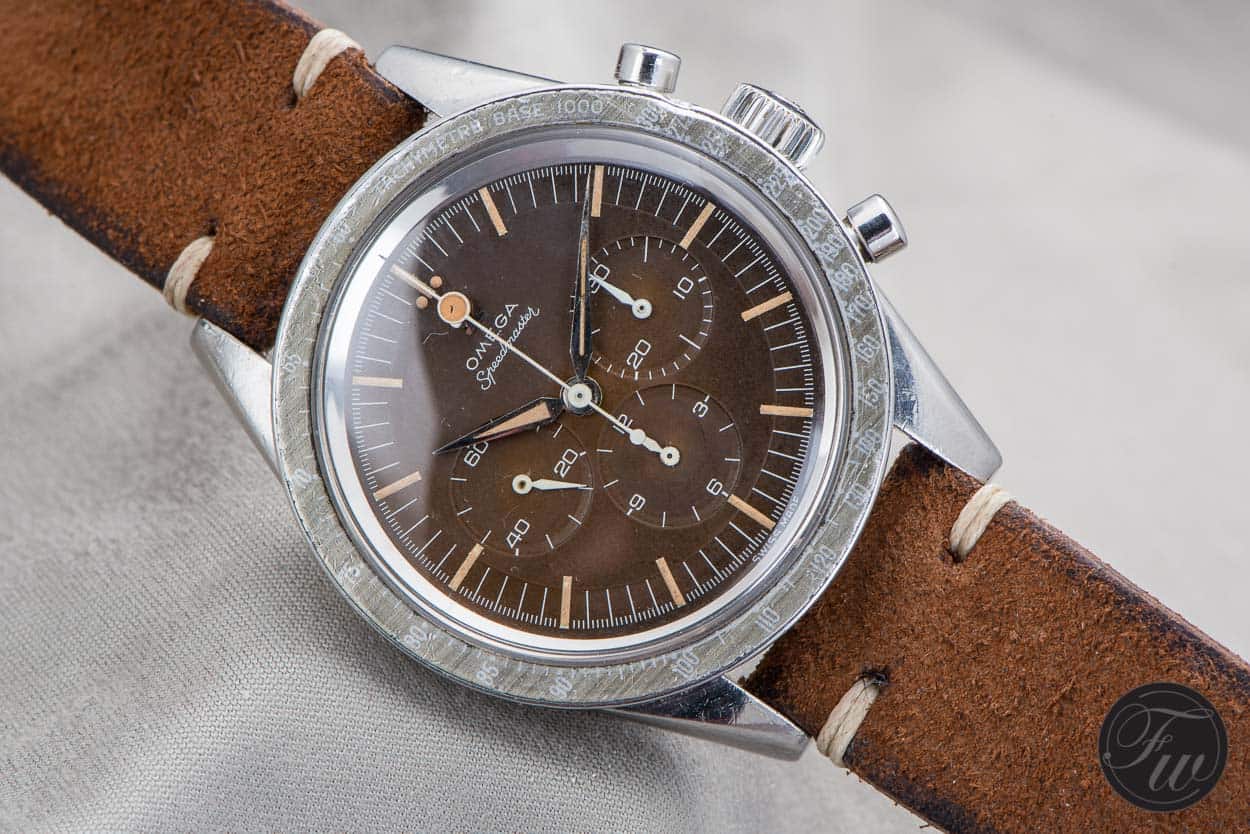 The Speedmaster Reduced used to be a very attractively priced alternative for the hand-wound Speedmaster Professional. Also, it was a tad bit smaller and had an automatic movement. Several variations have been made of the ‘Reduced’, from vivid colors to ‘Schumacher’ racing editions. The time you could pick them up for a few hundred bucks is (long) gone, but the discontinued Reduced is still an attractive priced Speedmaster model that seems to be gaining popularity.

The Speedmaster is a very versatile watch. Put it on an alligator strap and you can easily wear it with your suit and pair of croc Santonis. Put it on a velcro, and you are ready to put your best astronaut game on. Today, there are many strap makers with interesting options for your Speedmaster. Just make sure to buy 20mm for your Speedy Pro. We have a periodical feature called Watch Strap Review in which we try to give you an overview of what’s out there (for all budgets). 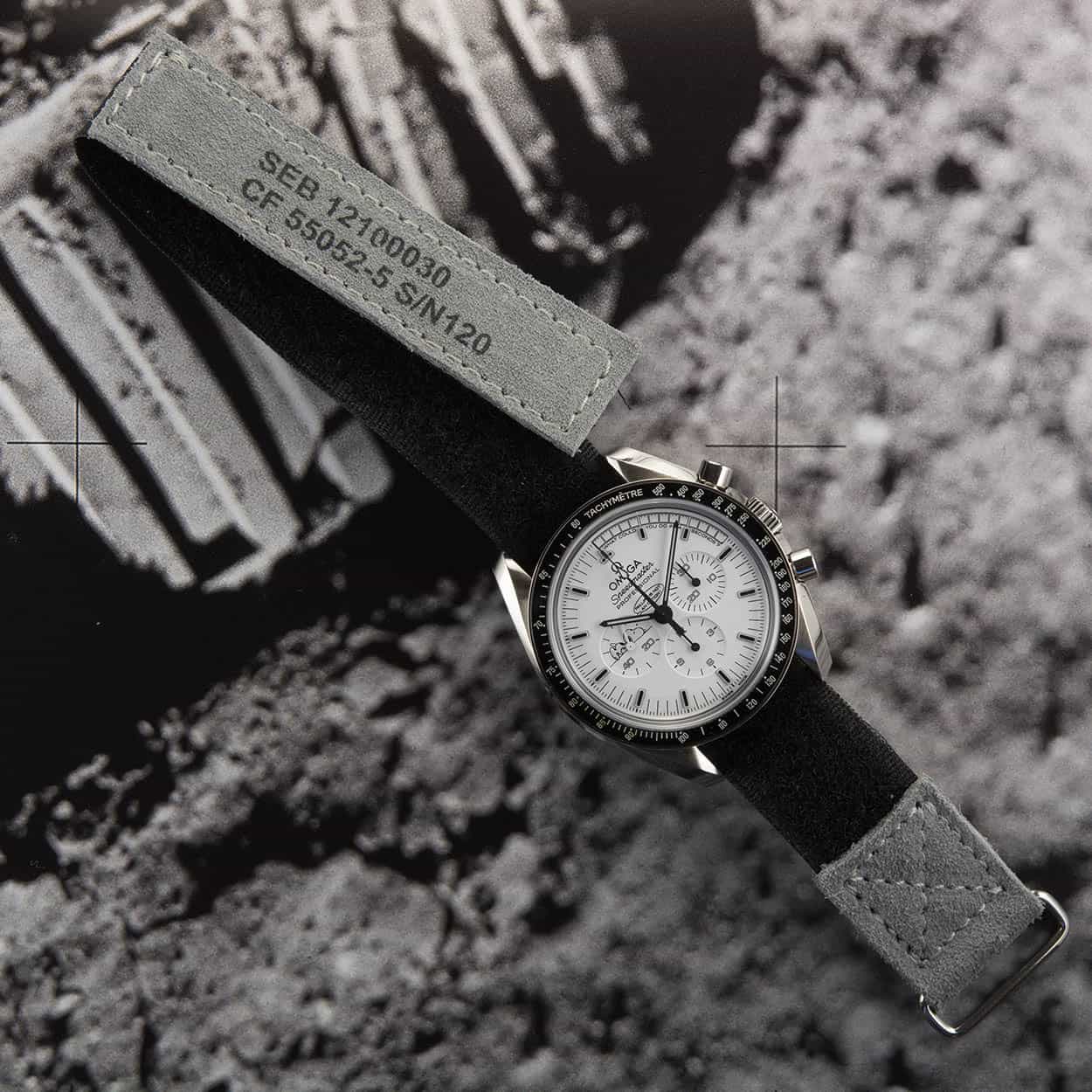 Noon January 10th 2017. That day will be etched into my memory forever. A crazy and nerve wrecking day, with lots of phone calls and messages. Together with Omega we worked on this special edition to celebrate the 5th anniversary of Speedy Tuesday. By now, you probably know the watch and read about it here and there. In short: A watch that has been influenced by the Alaska Project III watch from 1978, with a radial dial. A fully brushed case, brushed hands and an applied logo on the dial. The crown has the old style Omega logo and so does the buckle of this watch. We wanted to have a reverse panda dial, because it looks cool (in our opinion) and prevents the watch from becoming too much of a copy of the 1978 Speedmaster 145.022 for NASA. All watches were spoken for within 4 hours and 15 minutes and the waiting list has thousands of names on it. The Speedy Tuesday watch is limited to 2012 pieces, the founding year of Speedy Tuesday. Watches are now slowly being delivered since June and will take till September. 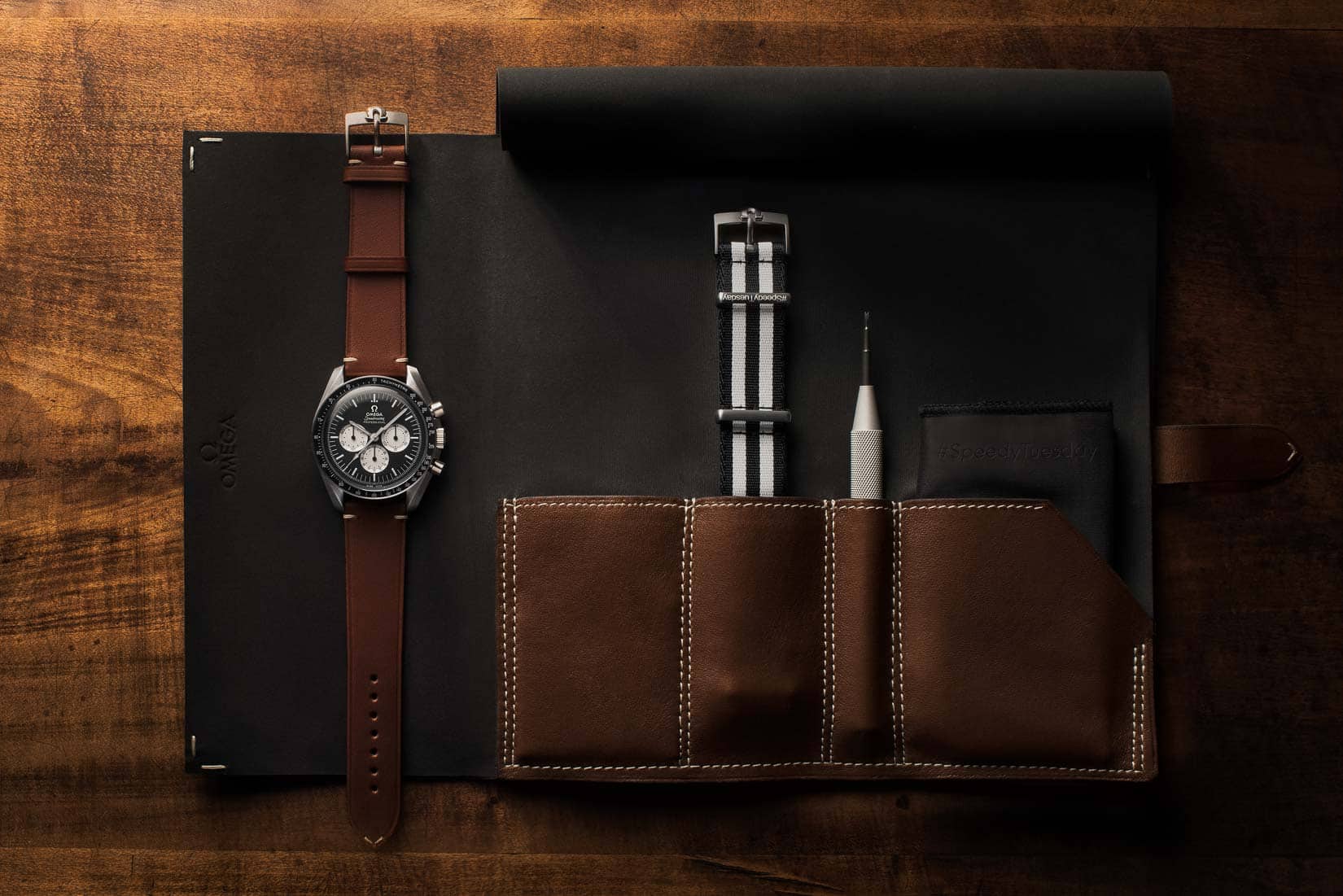 One of the Omega watches that created a real buzz. So much so, that people (especially dealers) hoped for a similar hype when the CK2998 came out one year later. Prices of the Snoopy went crazy and up to 20.000 Euro, but in the meanwhile the market for them calmed down a bit but prices are still 5 digits. I was actually lucky to have mine ordered very early (in BaselWorld) and received it about 7 months later. A watch that I often wear, as it is my only white dialed watch at the moment. A lot of people love it, but others can’t stand the fact there is a comic figure on the dial. The first Snoopy watch, from 2003, also saw its price increasing due to the hype of the new one. 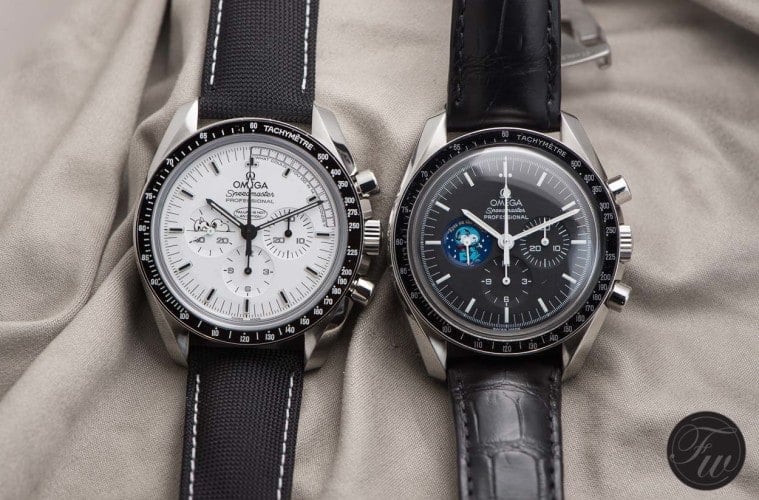 Although we already had the Speedmaster Buyer’s Guide, which is more a generic article on buying Speedmasters, I also decided to put up an article that zooms-in on buying a reference 145.022. The ‘next best’ thing after a caliber 321 you could say. The 145.022 reference has been in production from 1968 till the early 1980’s (until the 1983 145.0022). There are some subtle differences to find and discover in the 145.022 range, perhaps the step dial and case back engravings being the main ones. Anyway, this article guides you in buying a 145.022 reference. 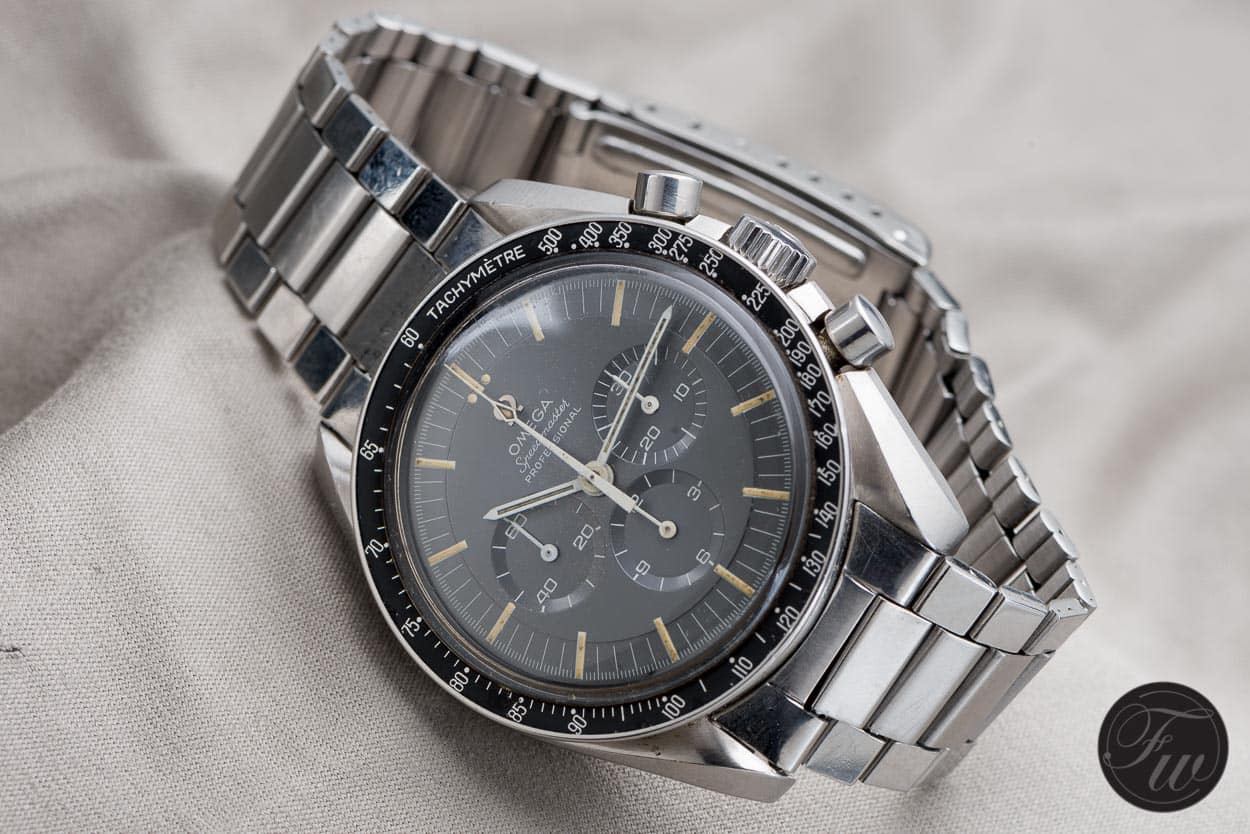 The title might be a bit misleading, but this article is a hands-on review of the (then) new 2014 Speedmaster Mark II and an in-depth comparison to the original Speedmaster Mark II (reference 145.014). I bought a Mark II myself early 2014, from 1971 and I find myself wearing it more often than I would have thought. Like the ‘Reduced’ mention above, you could pick these babies up for next to nothing about 10 years ago. Today they are still not expensive, but prices definitely increased. Still cheaper than a pre-owned Moonwatch, and very wearable I must add. The new edition of the Mark II comes in a couple of variations, including this racing dial model. The new Mark II has – of course – a sapphire crystal, Co-Axial chronometer movement and a date feature (not too crazy about that). The case comes very close to the original, including the beautiful sun burst finish. 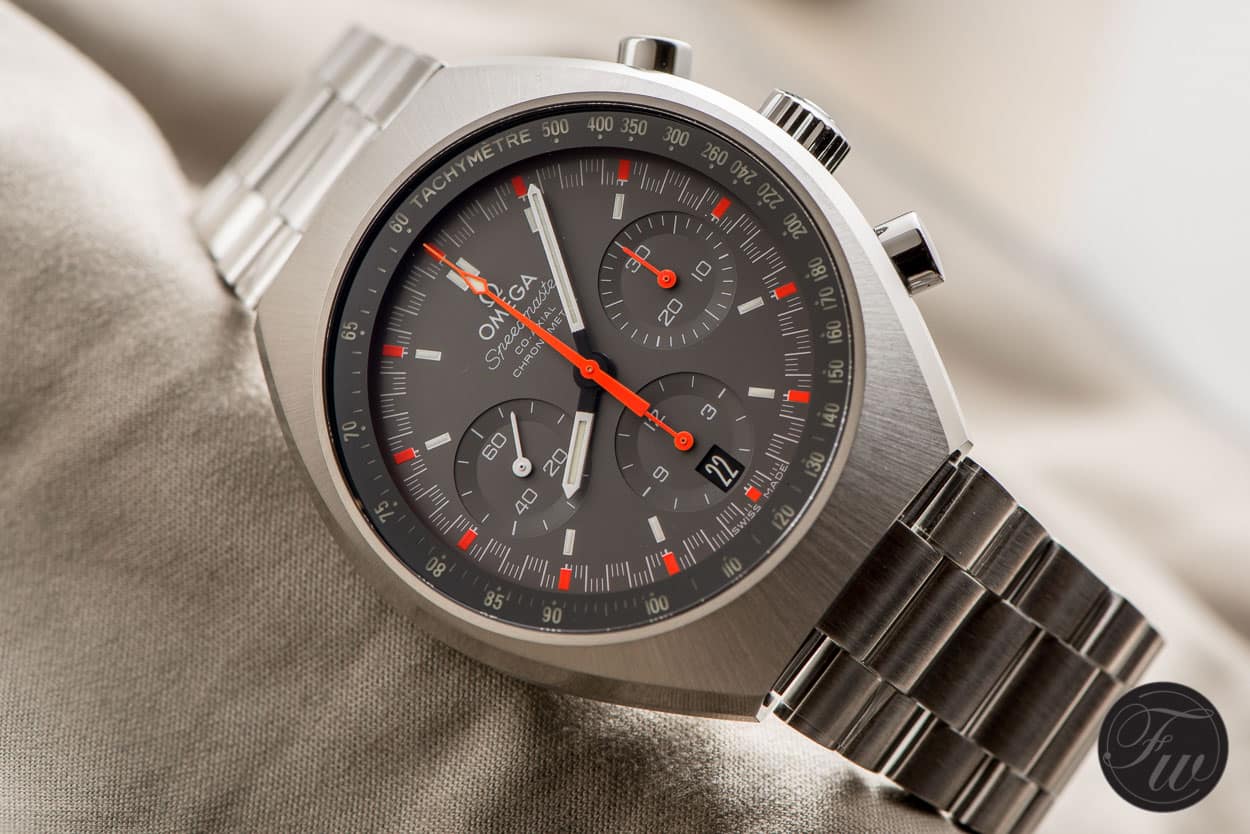 8. How The Speedmaster Became The Moonwatch

I won’t say that others wrote nonsense, but some facts just came to the surface very late. This is the article that describes in detail how the Speedmaster became the Moonwatch, verified by Omega who work closely with (former) NASA employees to get all facts straight. This is what is known up to date and we keep the article continuously up-to-date if there’s anything new. This is the story you need to know when you’re into Speedmasters. 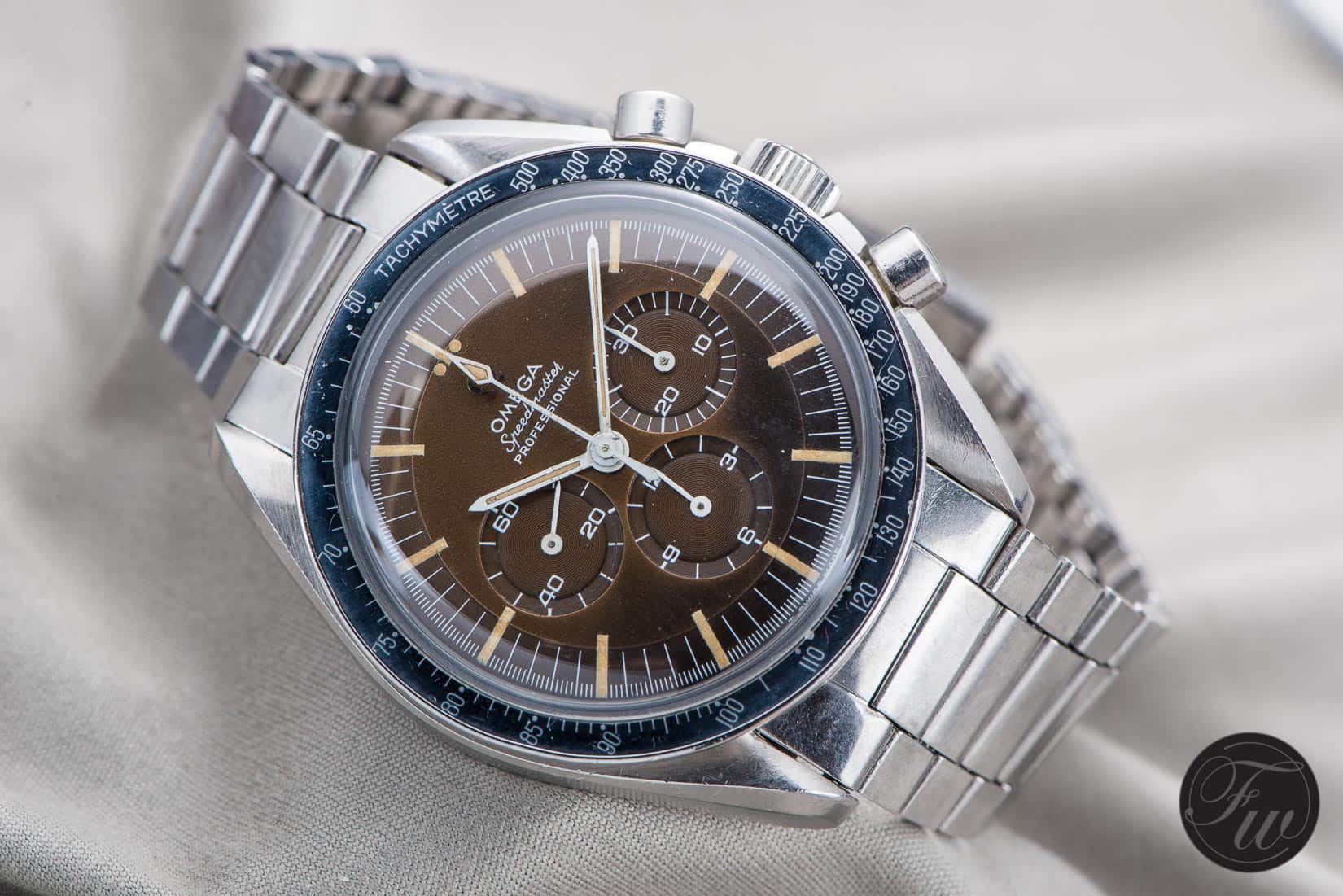 Click here for the How The Speedmaster Became The Moonwatch article.

Interesting enough, this article on the newer generation of automatic Speedmasters gets quite some traction. Introduced in 2010 in the Seamaster PO, later on in the stainless steel Speedmaster Co-Axial Chronometer with 44.25mm case and used in the Dark Side series as well, the caliber 9300 is an in-house developed chronograph movement that set new direction for Omega. What never seems to amaze me, is that even hand-wound Moonwatch purists have appreciation for the Dark Side of the Moon for example with its ceramic case and caliber 9300 movement. In this article, we have a thorough look at the Speedmaster’57 with caliber 9300 movement. 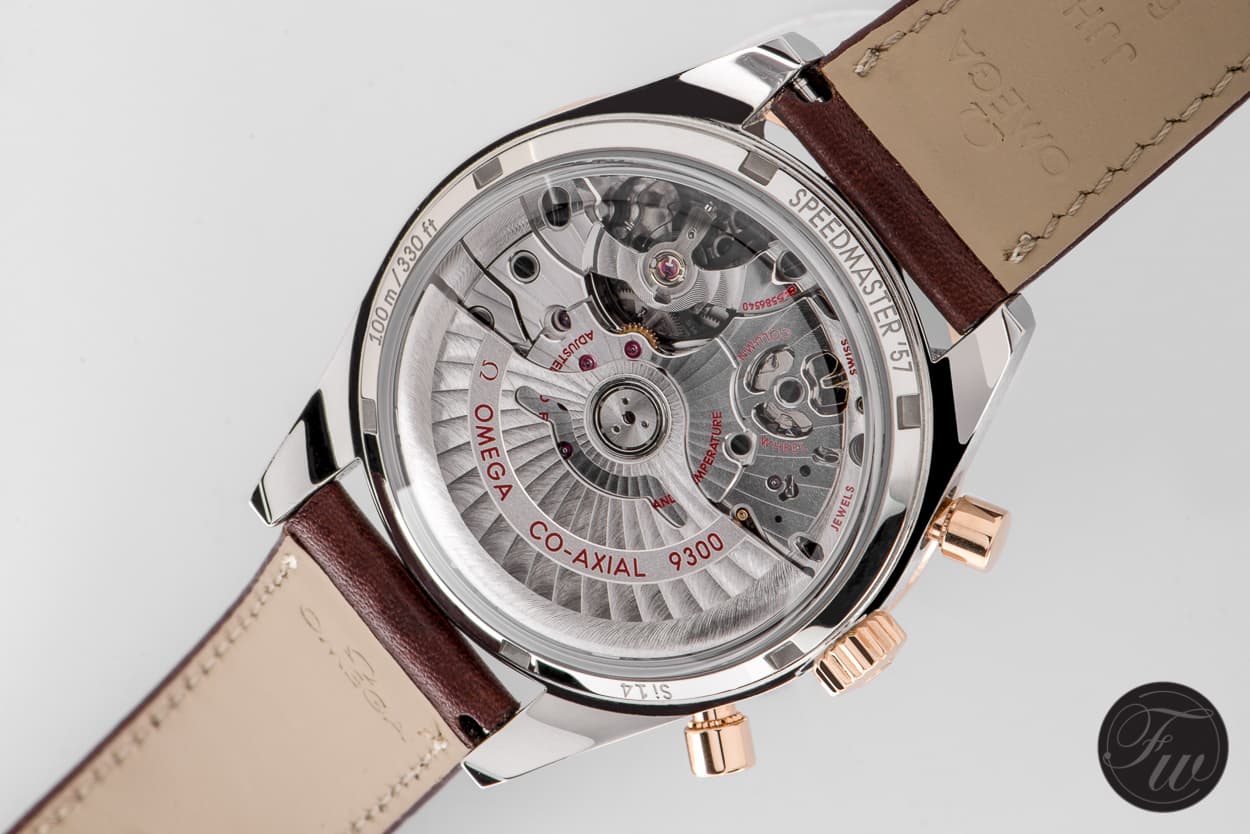 Click here for the How Good Is The New Caliber 9300 Speedmaster article.

This is actually one of the earlier Speedy Tuesday articles where I compared my 1967 Speedmaster Professional 145.012 with the – then – new Speedmaster Professional 3570.50. The article could use an update to be honest, and perhaps I will do so in the near future. It was written in a year where the prices of a caliber 321 145.012 were similar to the list price of a new Moonwatch. Much has changed since then. 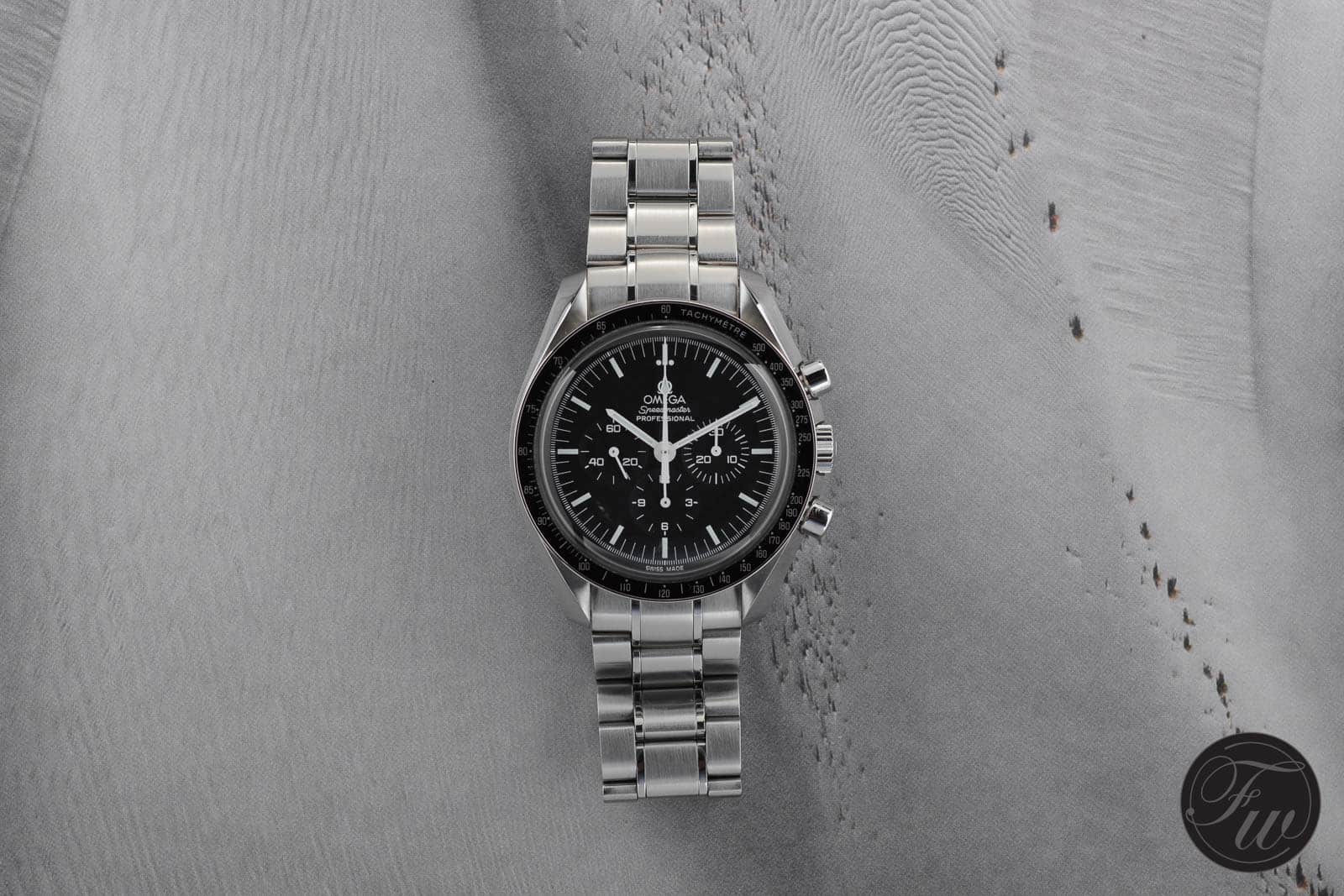