If you are a regular visitor of Fratellowatches, you know that we’ve always been a fan of the Lemania 5100 movement. This work horse chronograph movement was used by brands like Omega, Sinn and Tutima. Even when the Lemania 5100 movement was discontinued, Tutima was in the end the only brand that still produced watches with this movement. I was told that Tutima stocked a lot of these Lemania movements as they were the official supplier of chronograph watches to the German military (‘Bund’) with these Tutima NATO watches. Which explains they were able to deliver them long after the movement was being discontinued.

Below you see – in the middle of two Tutima NATO chronographs – the new Tutima M2 Pioneer chronograph. 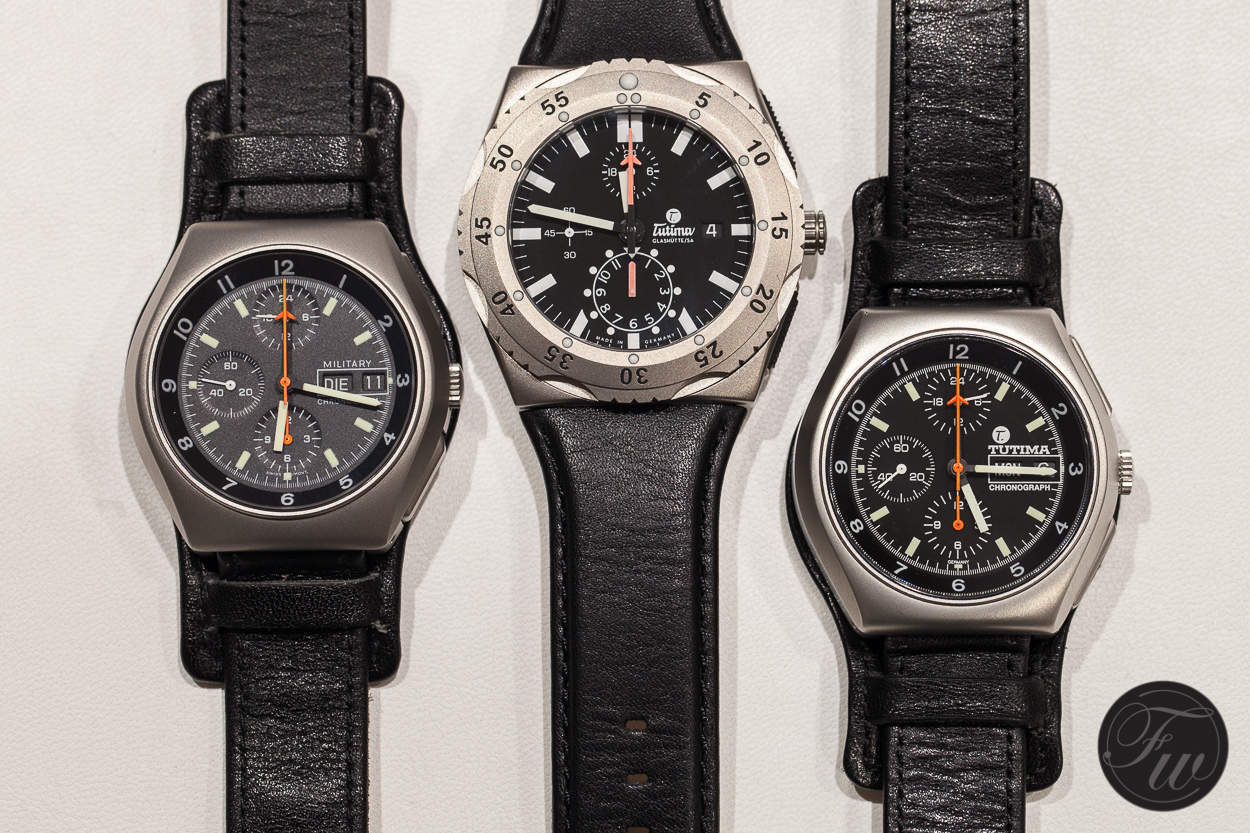 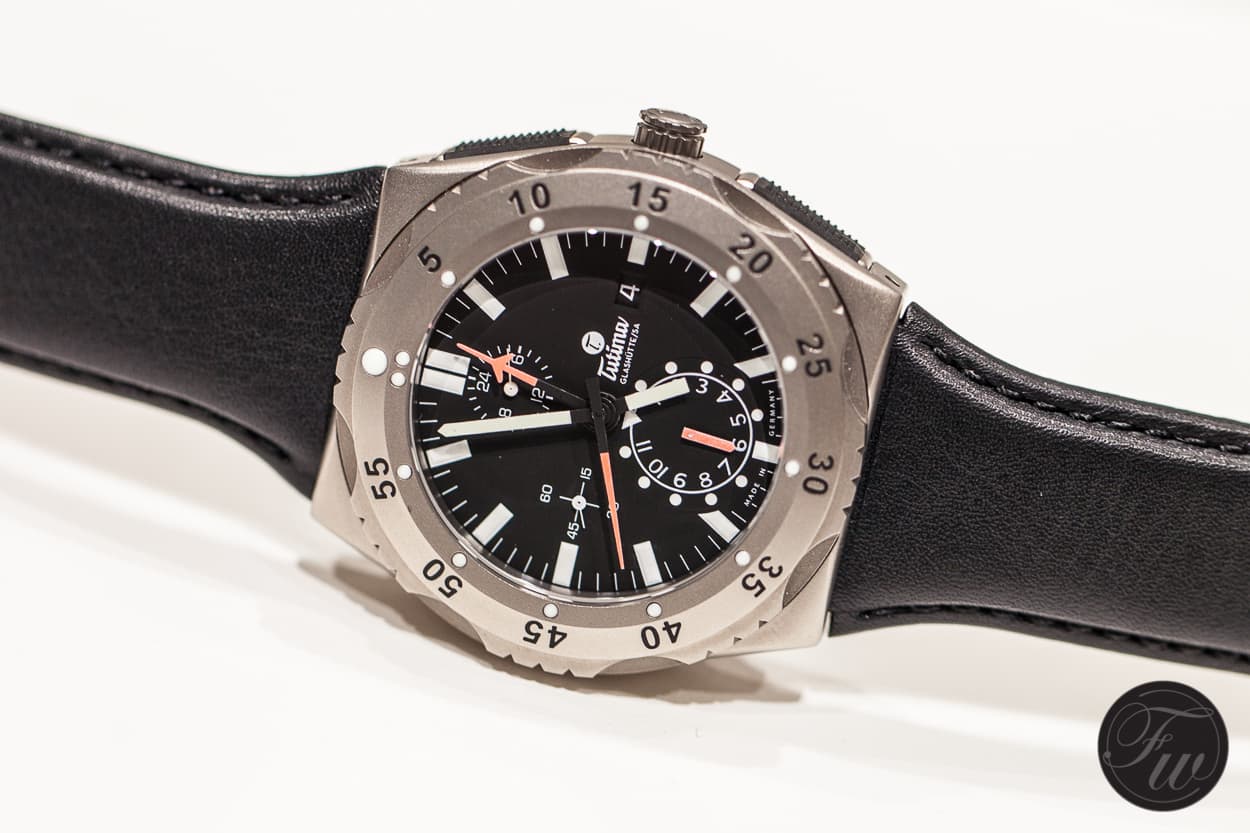 The new M2 models have a modified ETA/Valjoux 7750 movement. This modification is shown by the lay-out of the dial, by using a central chronograph minute hand as well as a 24 hour sub dial, just like the Lemania 5100. The only thing that lacks – compared to the Lemania 5100 – is the day indicator.

Tutima refers to this new movement as Tutima caliber 321. However, we also noticed that the product pages (like this one) refer to this movement as caliber 521. A bit confusing.

Besides the M2 Pioneer reference 6450-01 picture above, there are two versions that also come with a titanium bracelet. Below, you see the M2 Chronograph 6450-02 and the M2 Pioneer 6450-02 on a bracelet. As you can see, the M2 Pioneer has a rotatable bezel (for diving purposes as it is water resistant to a depth of 300 meters). Both titanium versions have a nice Pearl-blasted finish. The M2 models measure 46.5mm in diameter, not for the weak hearted. 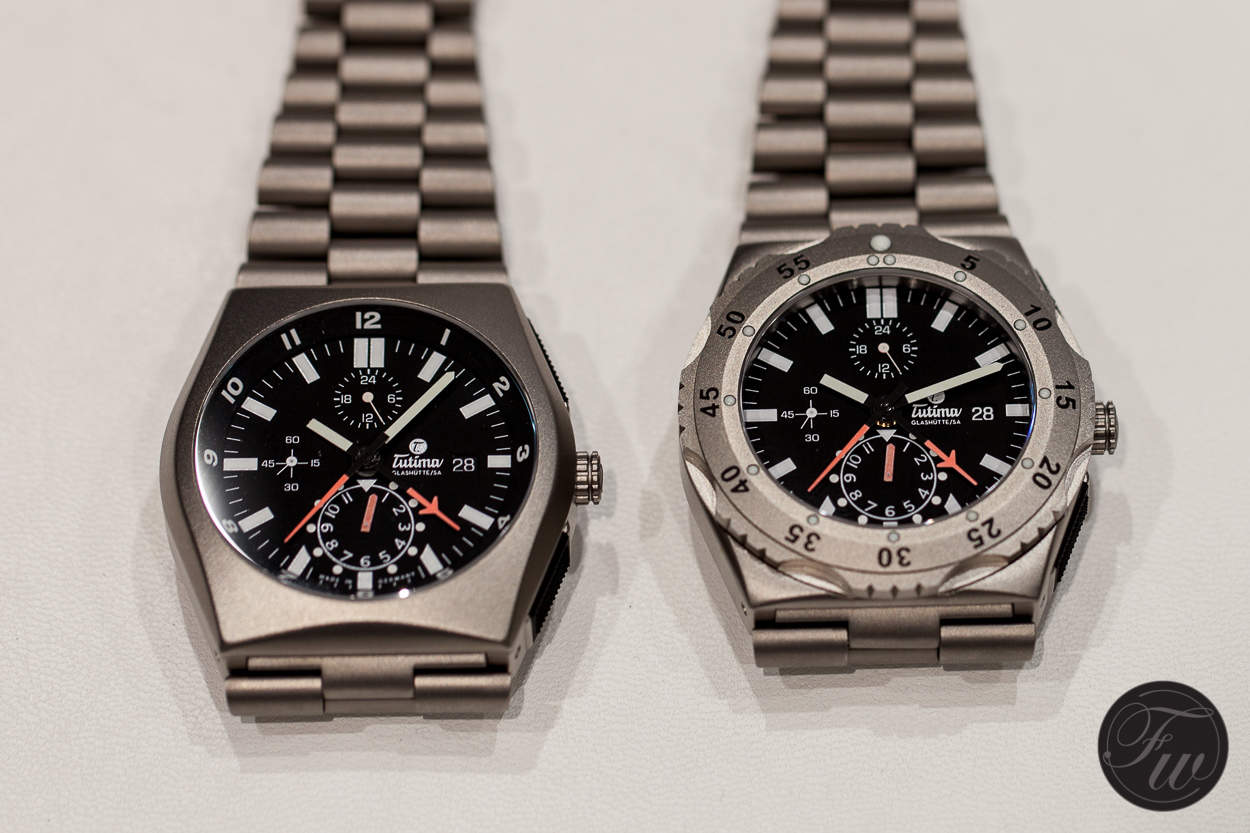 The bracelet has links with screws (instead of pins) and has a safety lock on the clasp as well. A very nicely crafted titanium bracelet that feels quite comfortable on the wrist. 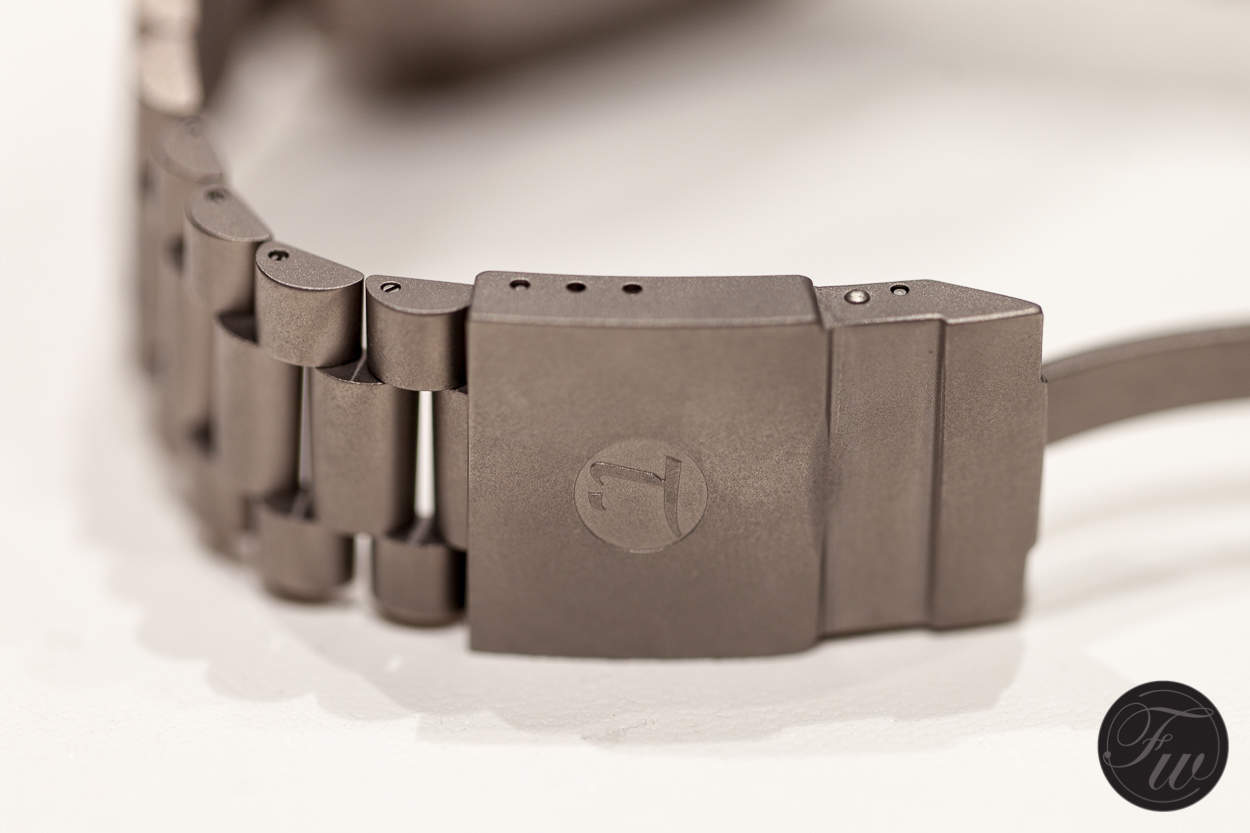 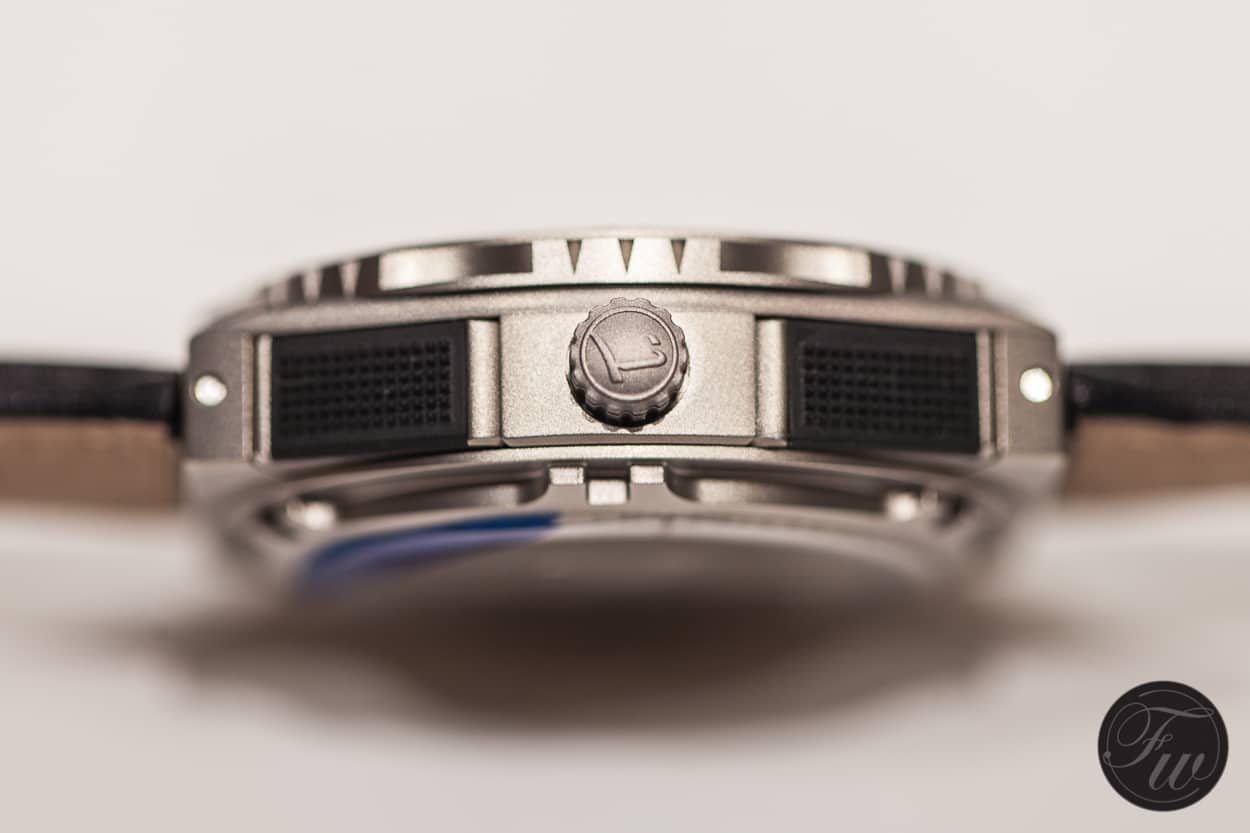 The photo above shows the screw-down case back and the integrated chronograph pushers. The winding and setting crown is also screw-down, to safeguard its water resistance. The case back of the watch has a M2 inscription with an air plane, referring to the history the brand has with military watches. 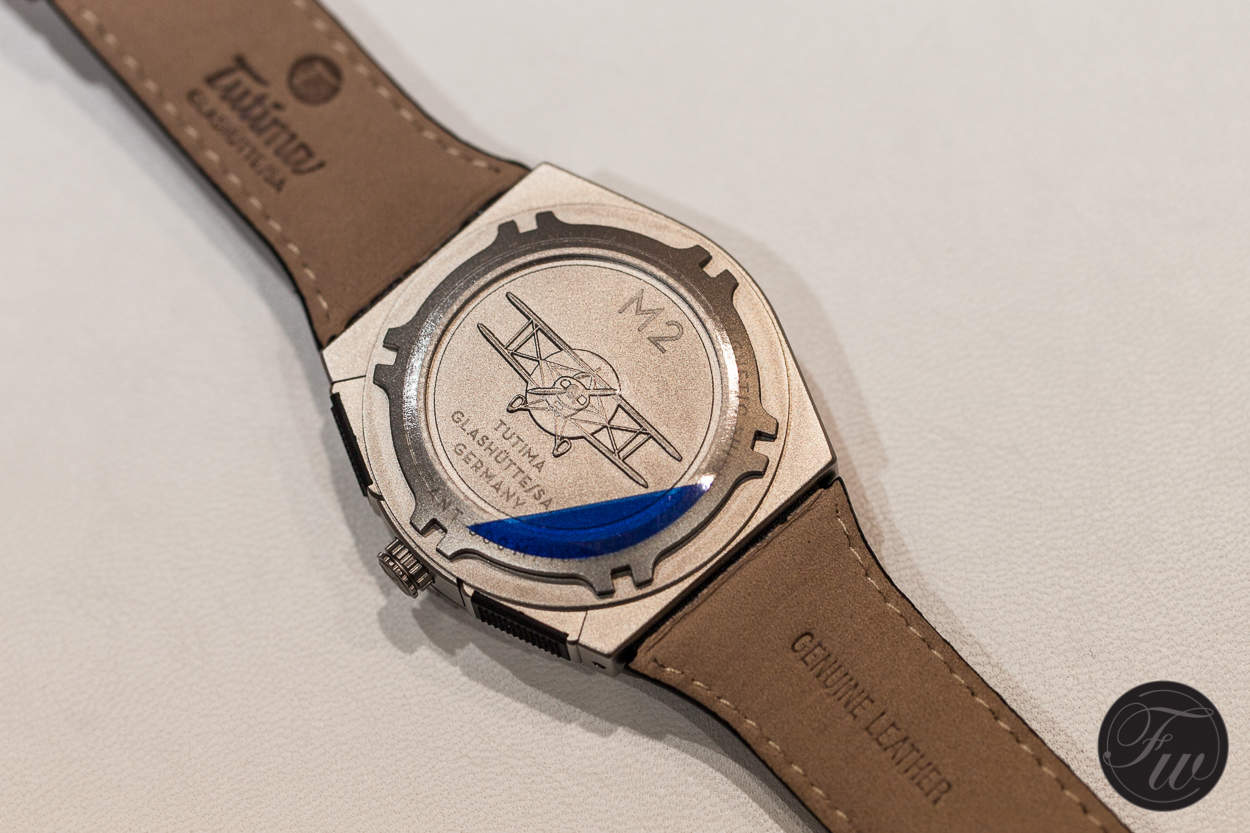 We were also able to capture the two case backs on the Tutima NATO watches, with their ‘Bund’ (German military) and US-Property engravings. Watches that were completely produced up to military specifications.

As you can see on the case backs, the left one has ‘W-Germany’ engraved and the other one with ‘Germany’ only. After 1990, Germany reunited and there was no West- or East-Germany anymore. Tutima is a company founded in Glashütte (1927). A city that was located in East Germany between 1949 and 1990. After WWII, the company was moved to (then) West Germany in a city called Ganderkesee. However, in 2011 Tutima was relocated to Glashütte, where it all started.

Tutima is a brand that also has a strong presence in the United States. One of the things we’ve noticed is that there is only little on-line offering of Tutima watches through non-authorized dealers. Tutima has a strong retailer network in the United States which seems to prevent the brand suffering from grey market sales. Most of the time, this also results in a strong resell value or that these watches at least keep their value over time. 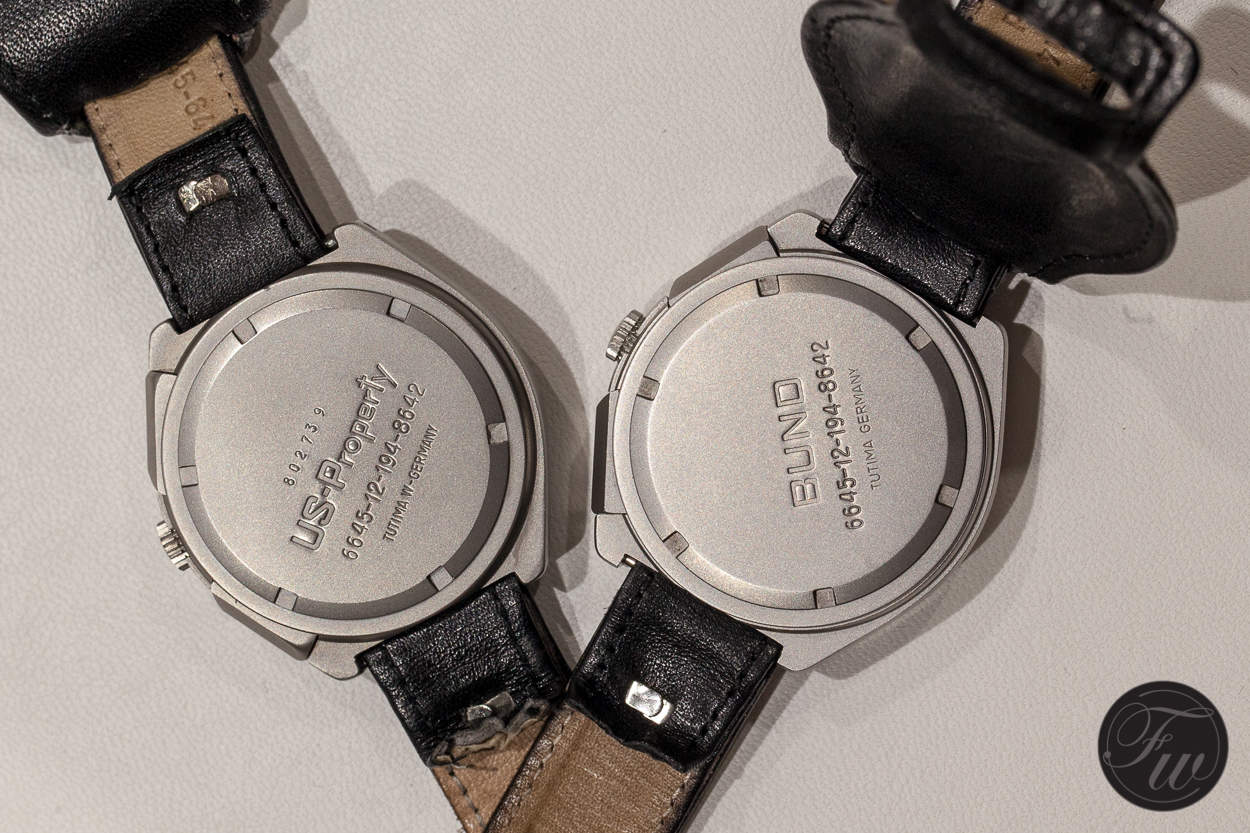 Although we did not get the chance to wear these watches for a long period, we are familiar with the Tutima NATO watch and really like the appearance of the M2 timepieces and resemblance with their predecessors. The new movement is based on the ETA/Valjoux 7750 which is – just like the Lemania 5100 – considered to be a work horse chronograph movement.

A small note is appropriate, as the photographs of the Tutima M2 Chronograph and M2 Pioneer watches have been taken at Baselworld. It might be the case that these were still prototypes and that the final versions might appear a bit difference with regards to some details. The official product page at the Tutima website can be found here. It is said that the new Tutima collections will be delivered to selected stores early 2014. 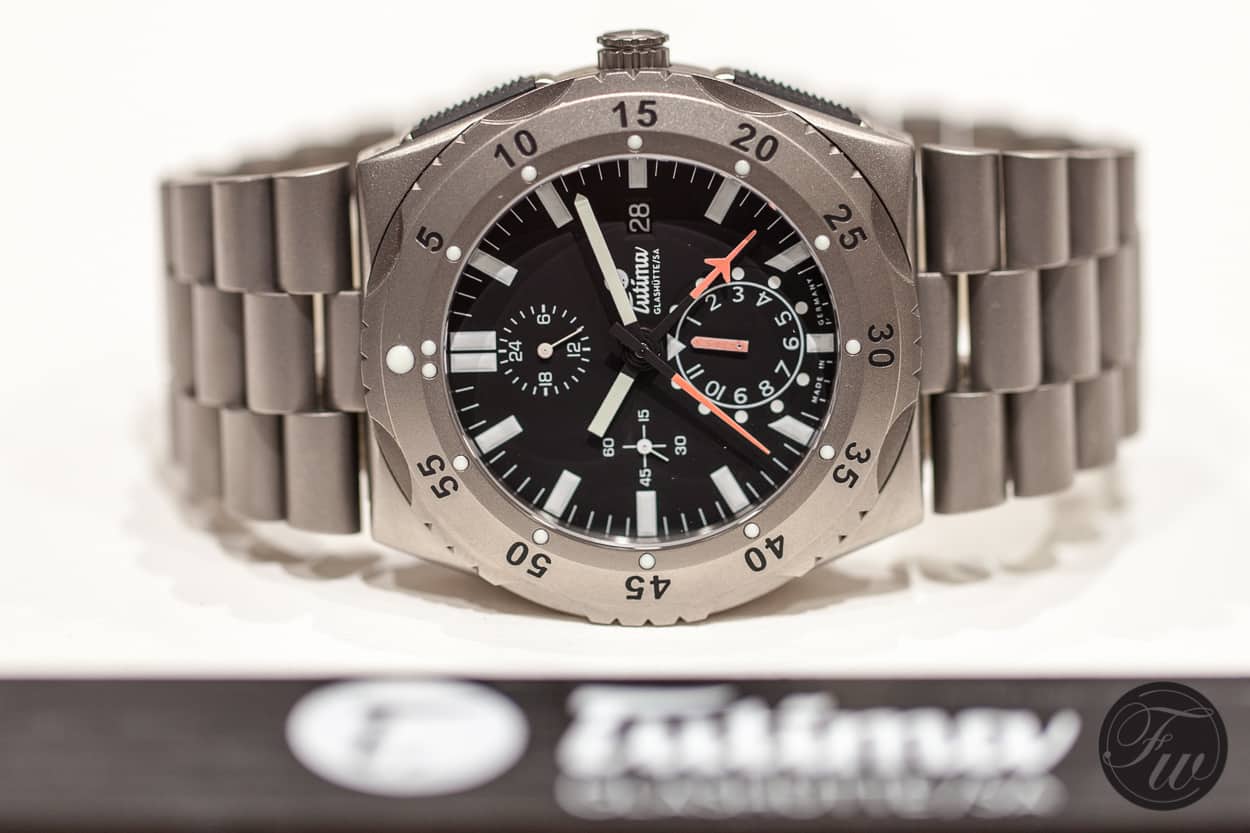 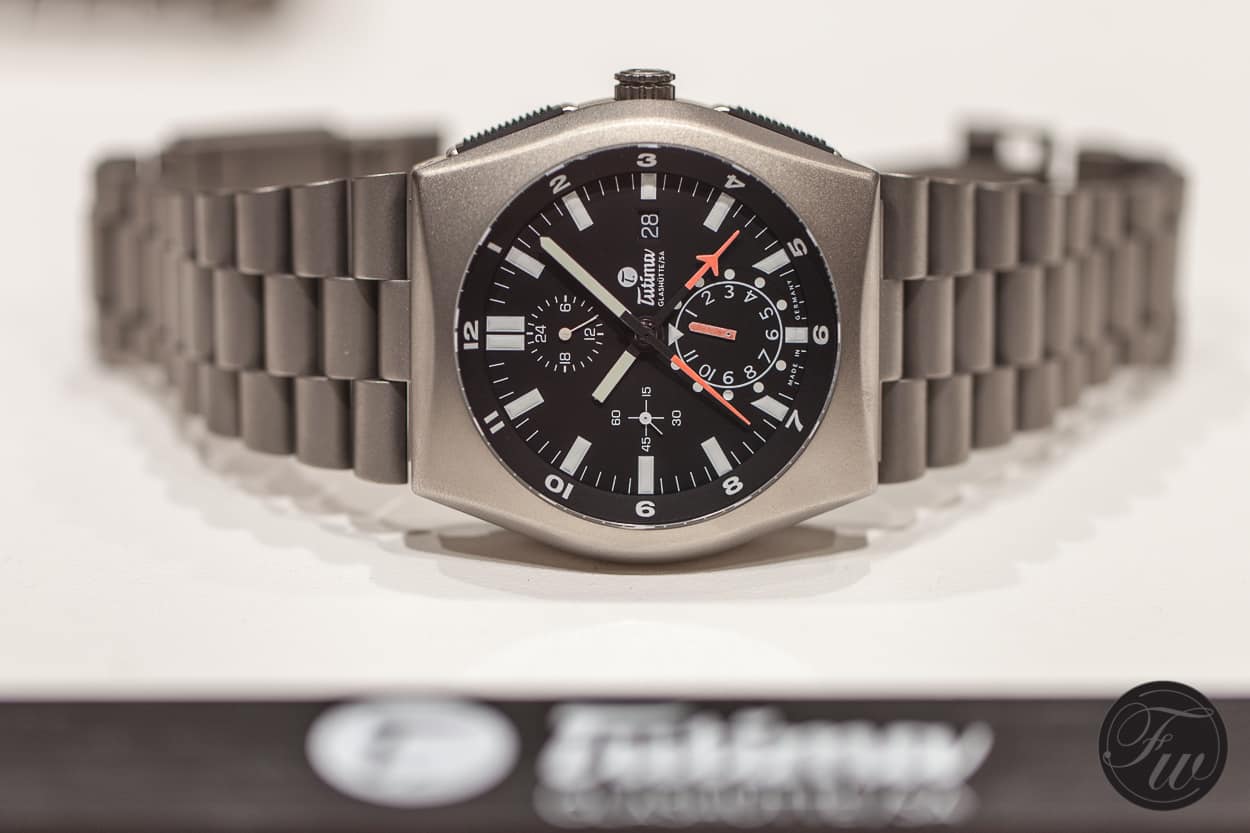 Pricing is as follows:

More information can be found at www.tutima.com