A stopwatch or a timer is different from the chronograph, it’s an instrument that only measures short intervals of time, this is a much simpler type of time recorder as it lacks the addition of telling the time of the day.

A chronograph watch can record seconds, minutes, and hours. Some movement and watch manufacturers have also introduced chronographs that split the seconds into smaller units, recording 10th of a second for example.

A chronograph is an additional mechanism that goes on top of the bridges of the main movement and sometimes partially on the dial side for the hour recording mechanism. This type is called an integrated chronograph mechanism. 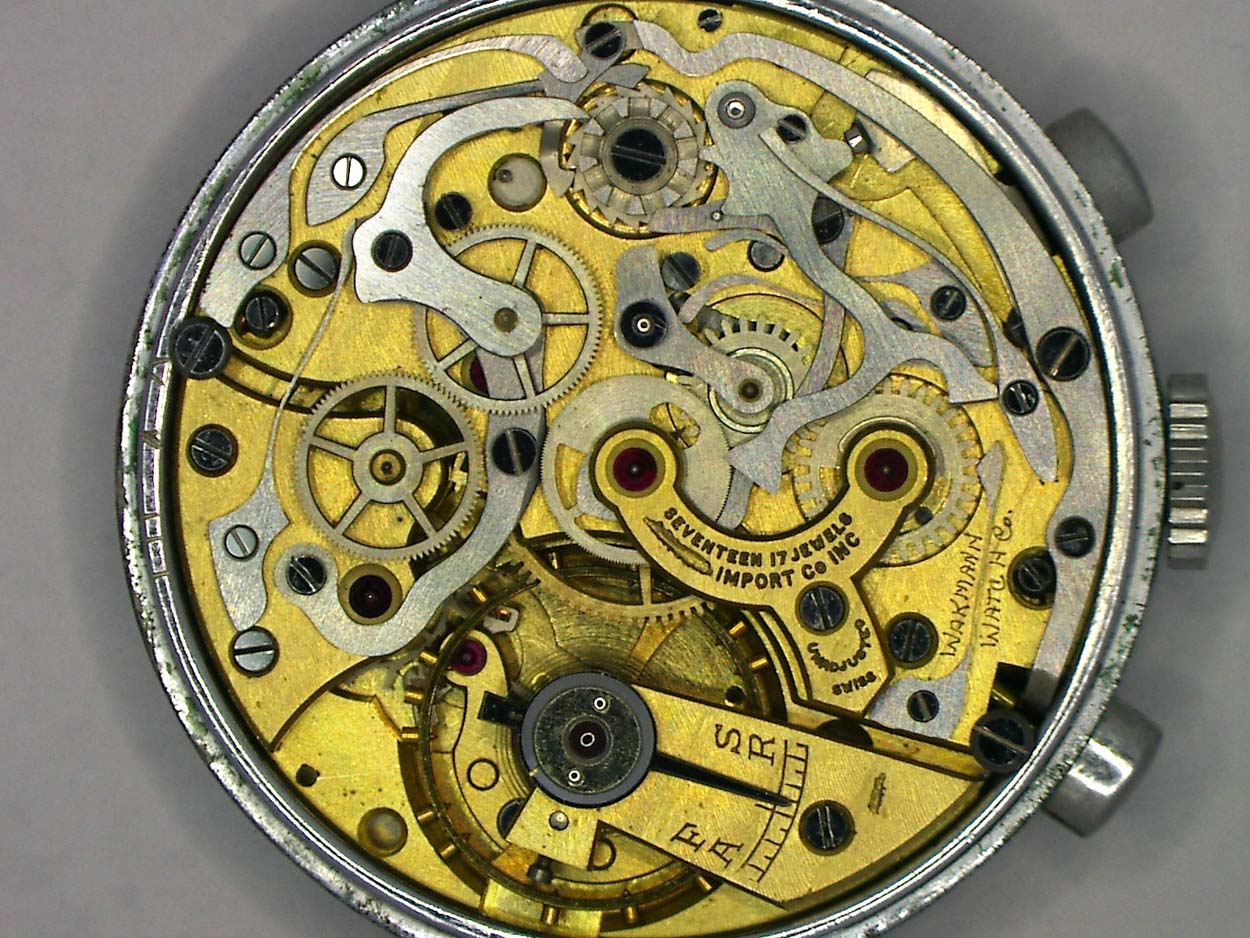 A chronograph mechanism that is completely separated from the main movement, has its own mainplate and bridges and is mounted onto the main movement (most commonly on the dial side), is called a modular chronograph. This type of chronograph mechanism is more cost effective to produce than the classical integrated chronograph, which is also interesting when it comes to servicing and repairing them as they could be dealt with separately. For example, if there is a problem with the going barrel on the classical integrated system, many chronograph parts would first need to be removed before reaching into the main movement and going barrel, but with the modern modular system there would be no chronograph parts in the way, as the chronograph would be a separate module from the basic movement, therefore it would in some situations be easier to repair them.

Below: Chronograph module from Dubois Dépraz. 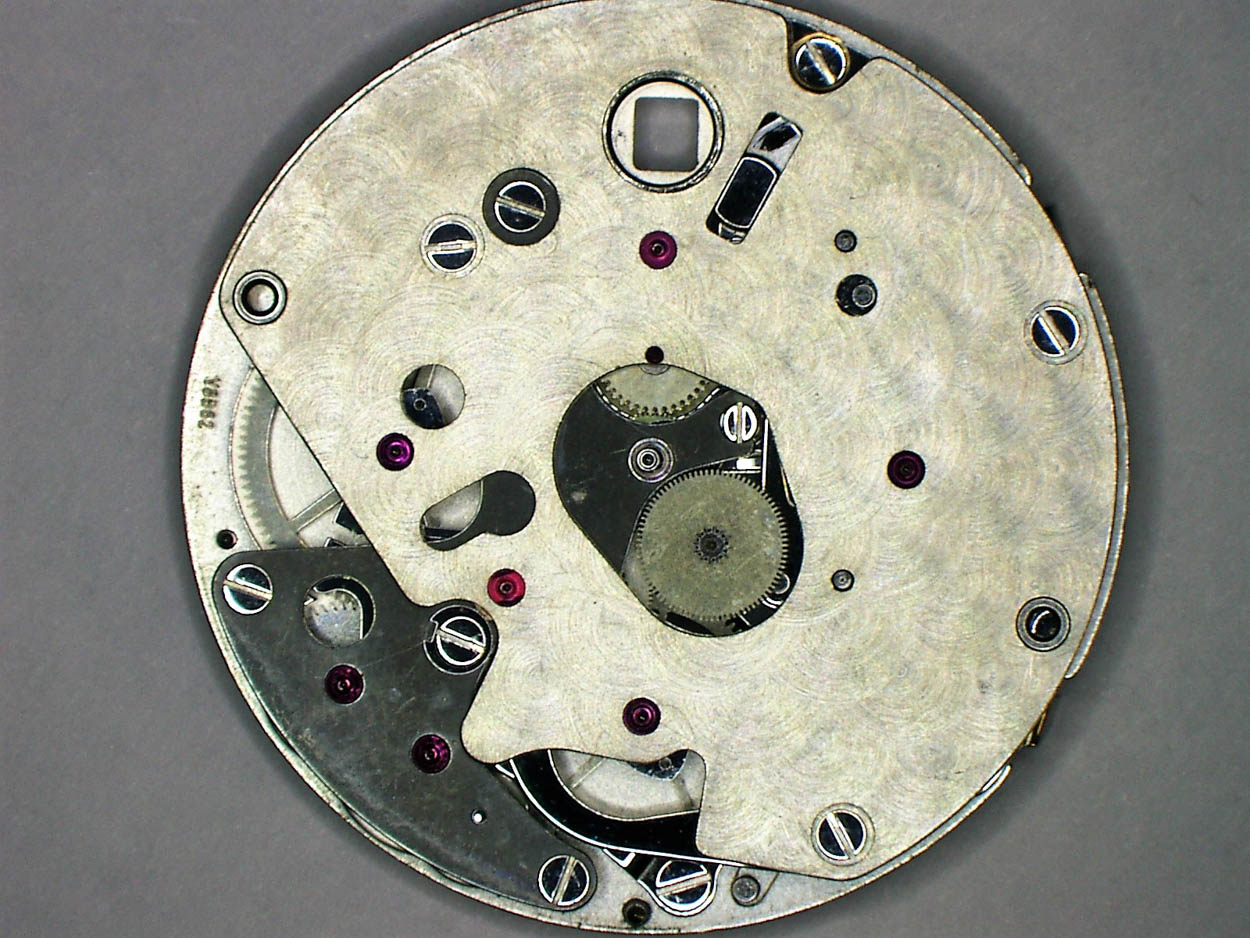 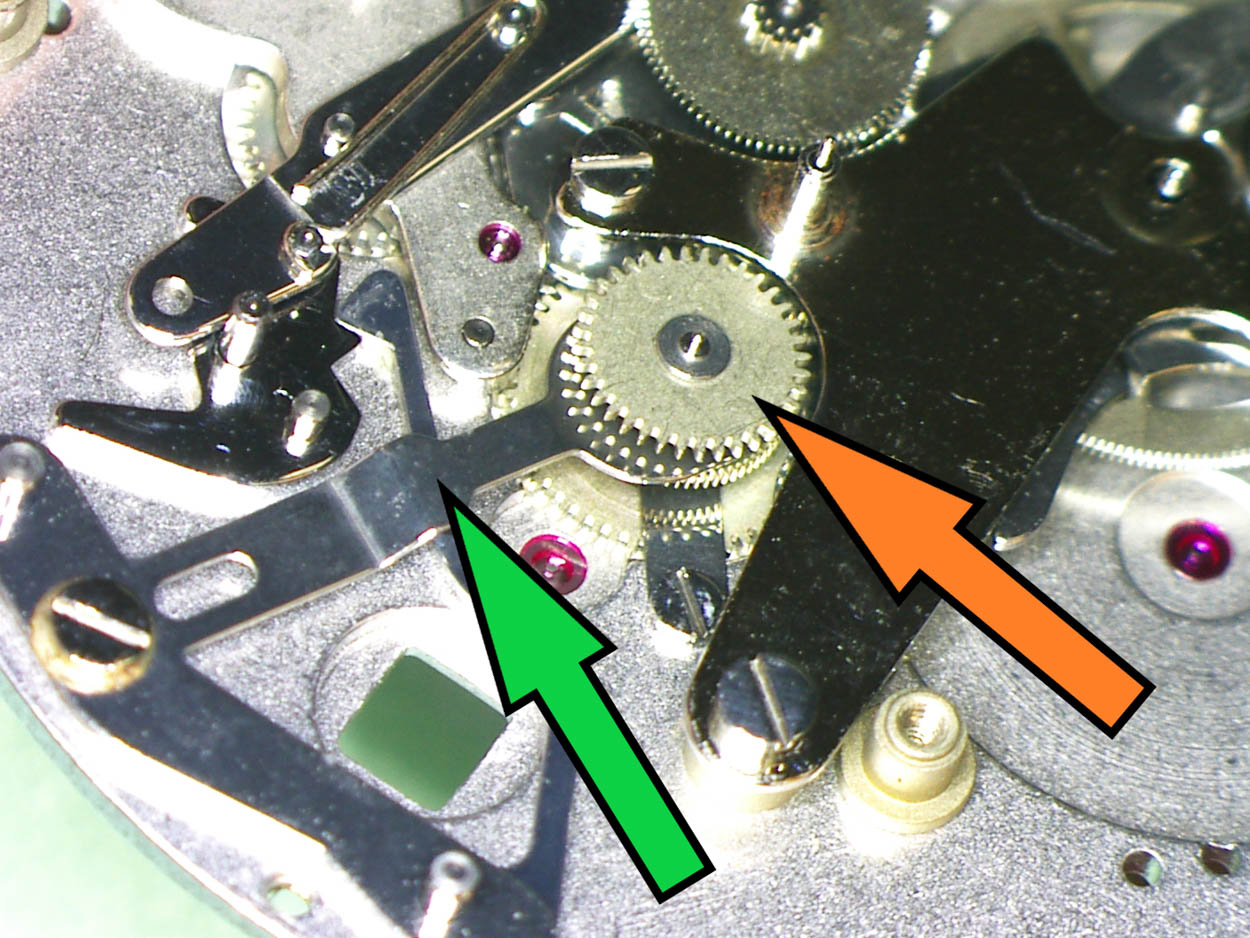 Above: Green arrow pointing at the clutch spring that moves up and down (vertically) on the clutch wheel (orange arrow) releasing the wheel or blocking down on the wheel depending on if the chronograph is started or not.

Below: Oscillating pinion parts of the ETA 7750. 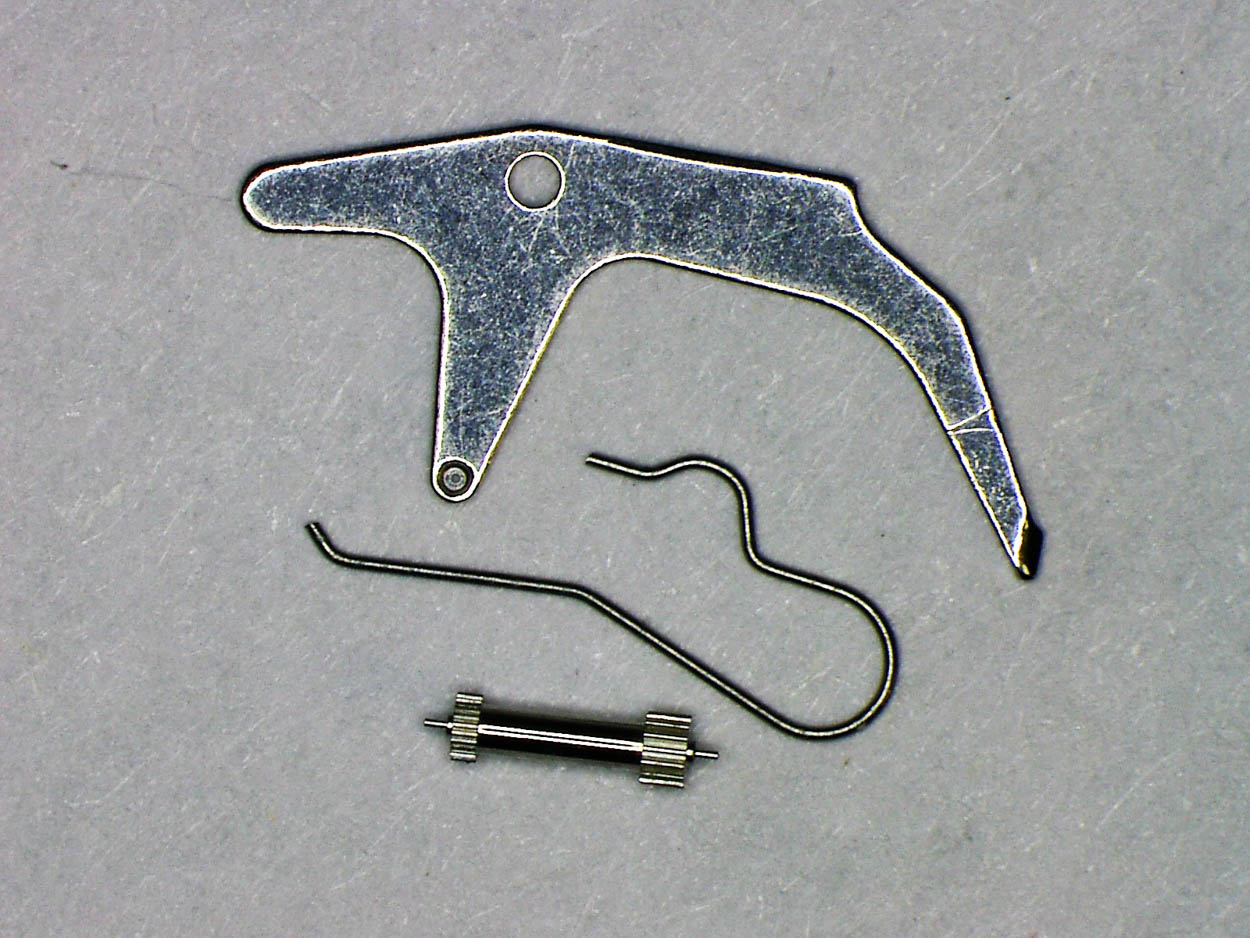 There exist also other types of chronograph mechanisms such as the semi-integrated chronograph, but we will concentrate on the more common to find systems in this article. 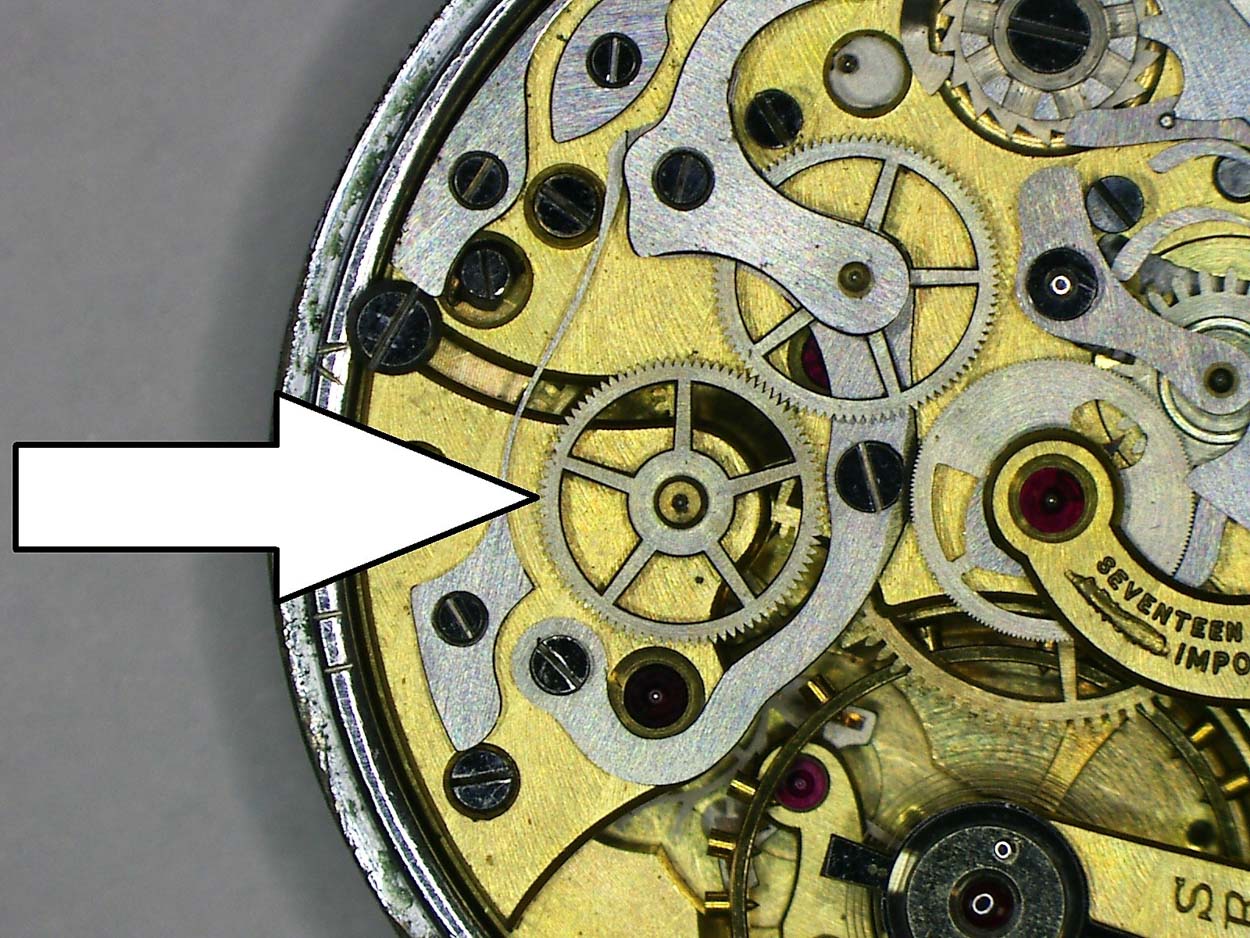 A modular chronograph such as from Dubois Dépraz (Swiss movement and module manufacturer) is also driven by the 4th wheel (seconds wheel) by a special friction fit pinion.

Below: The pinion highlighted in blue is friction fit on the 4th wheel axle (seconds wheel), this drives the chronograph module. 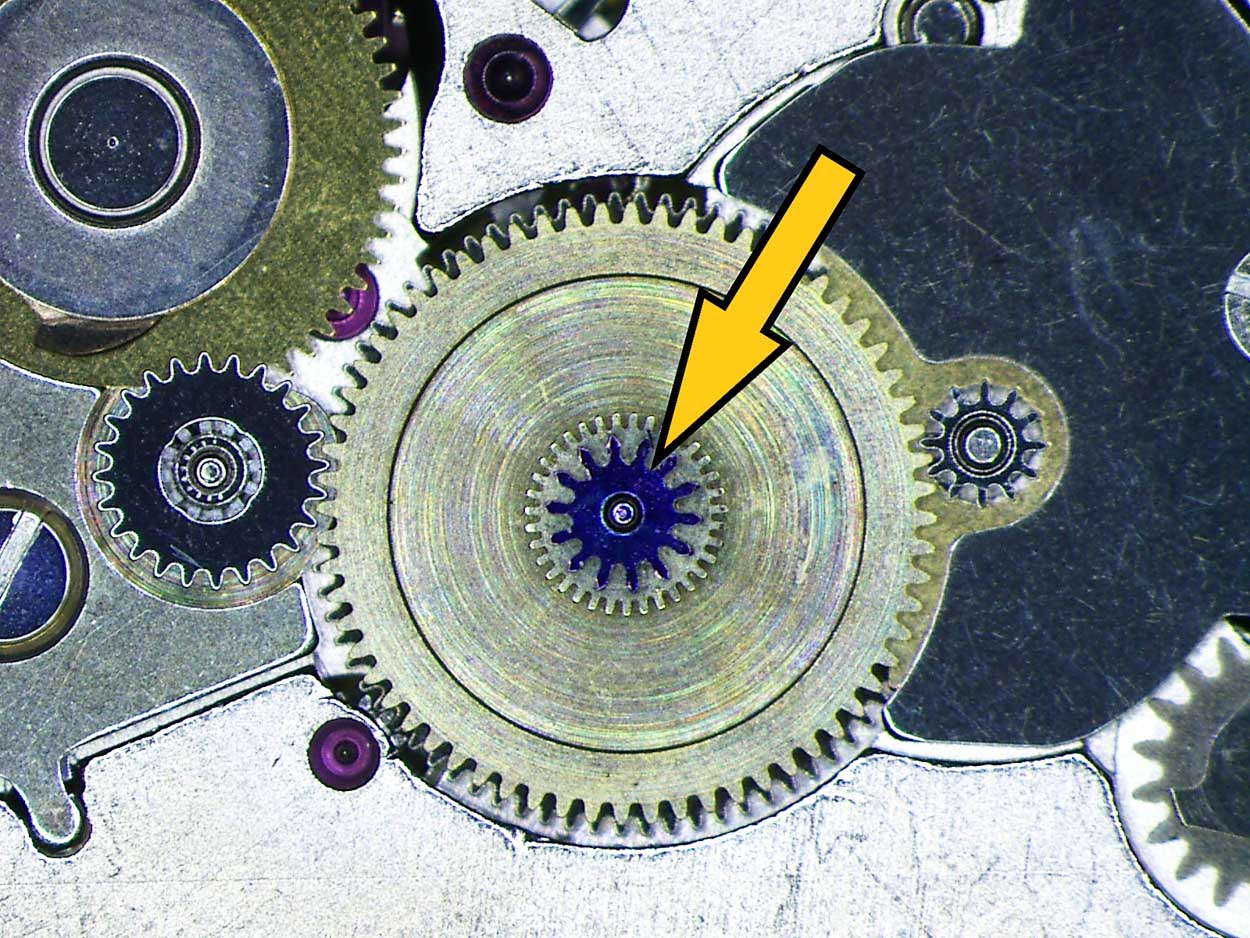 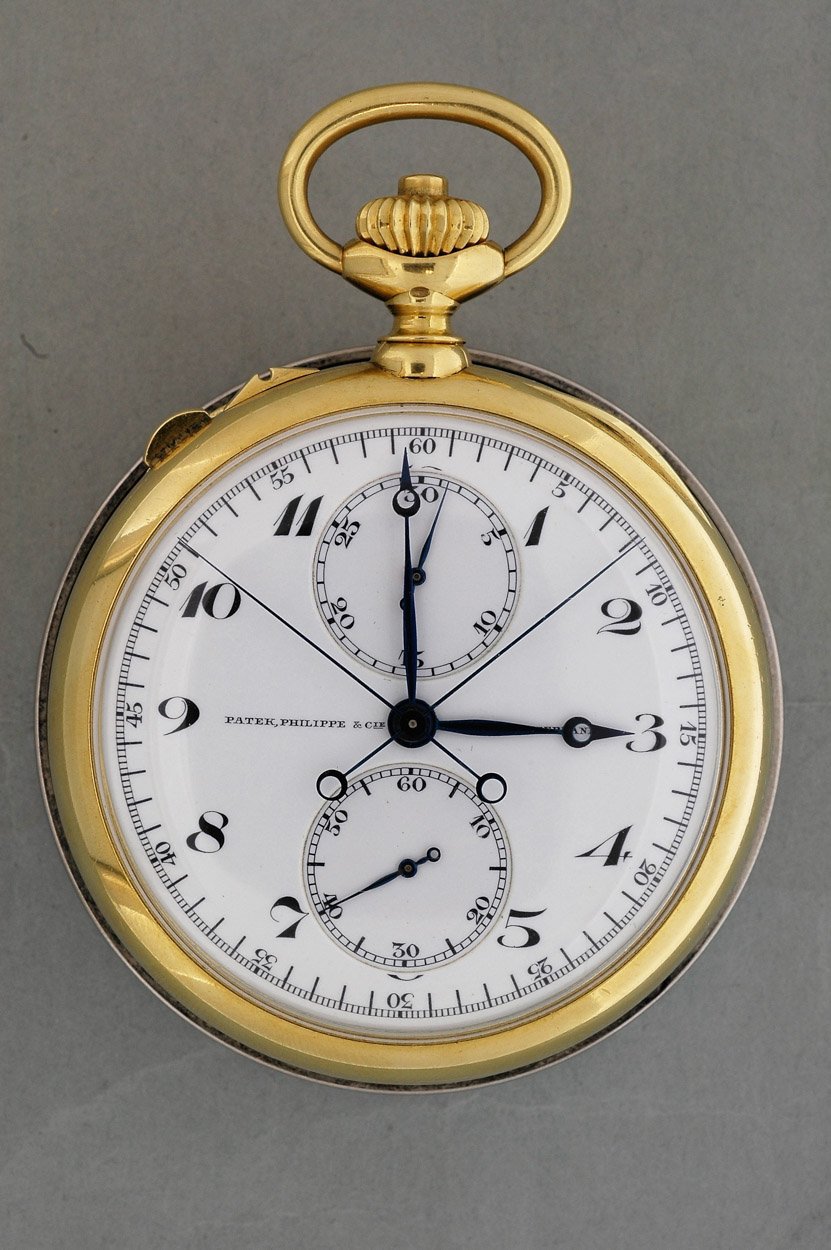 A fly-back chronograph (above) has a feature that allows the chronograph second hand to be reset instantly without having to ‘stop-reset-start’, it bypasses those steps when the fly-back push button is activated. 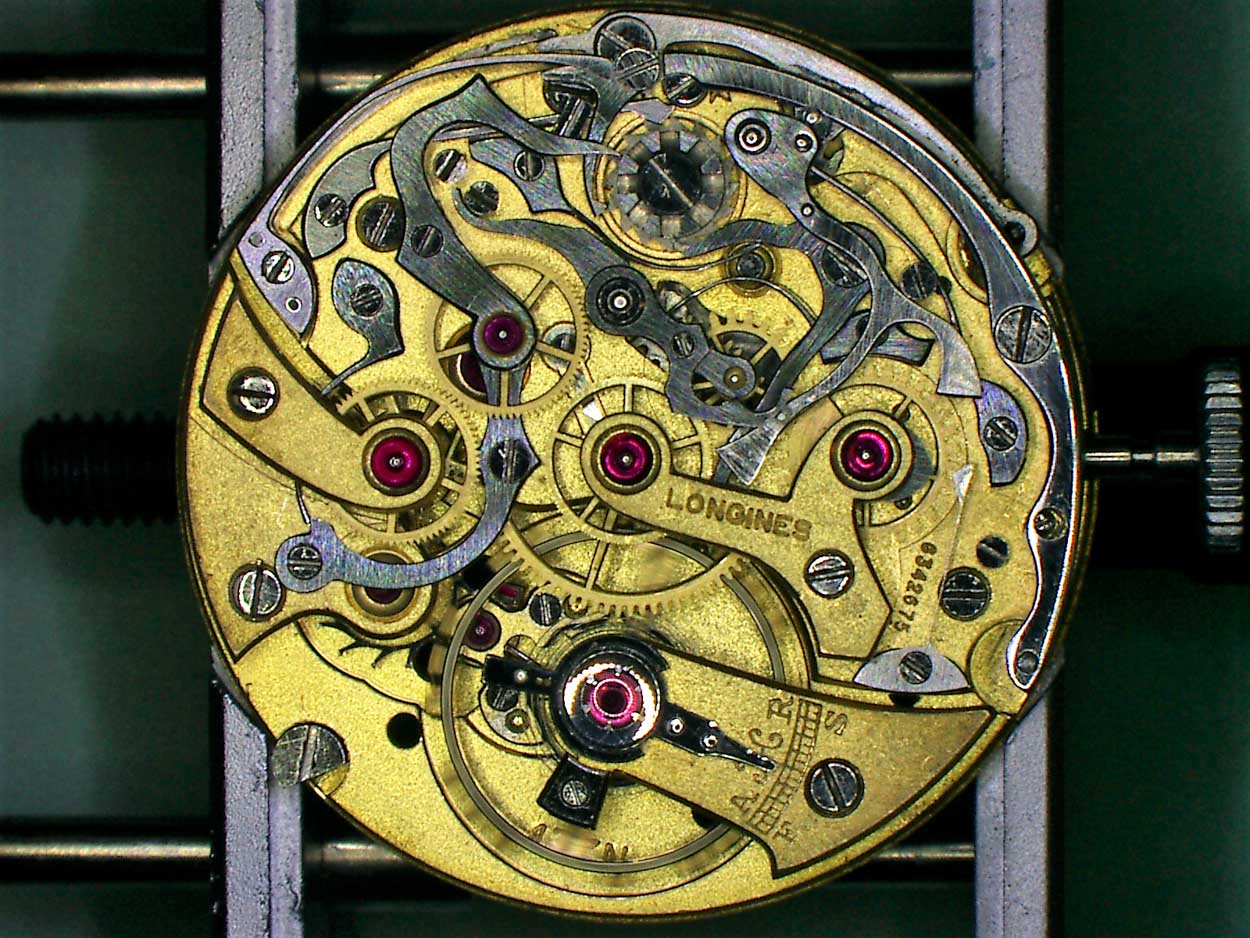 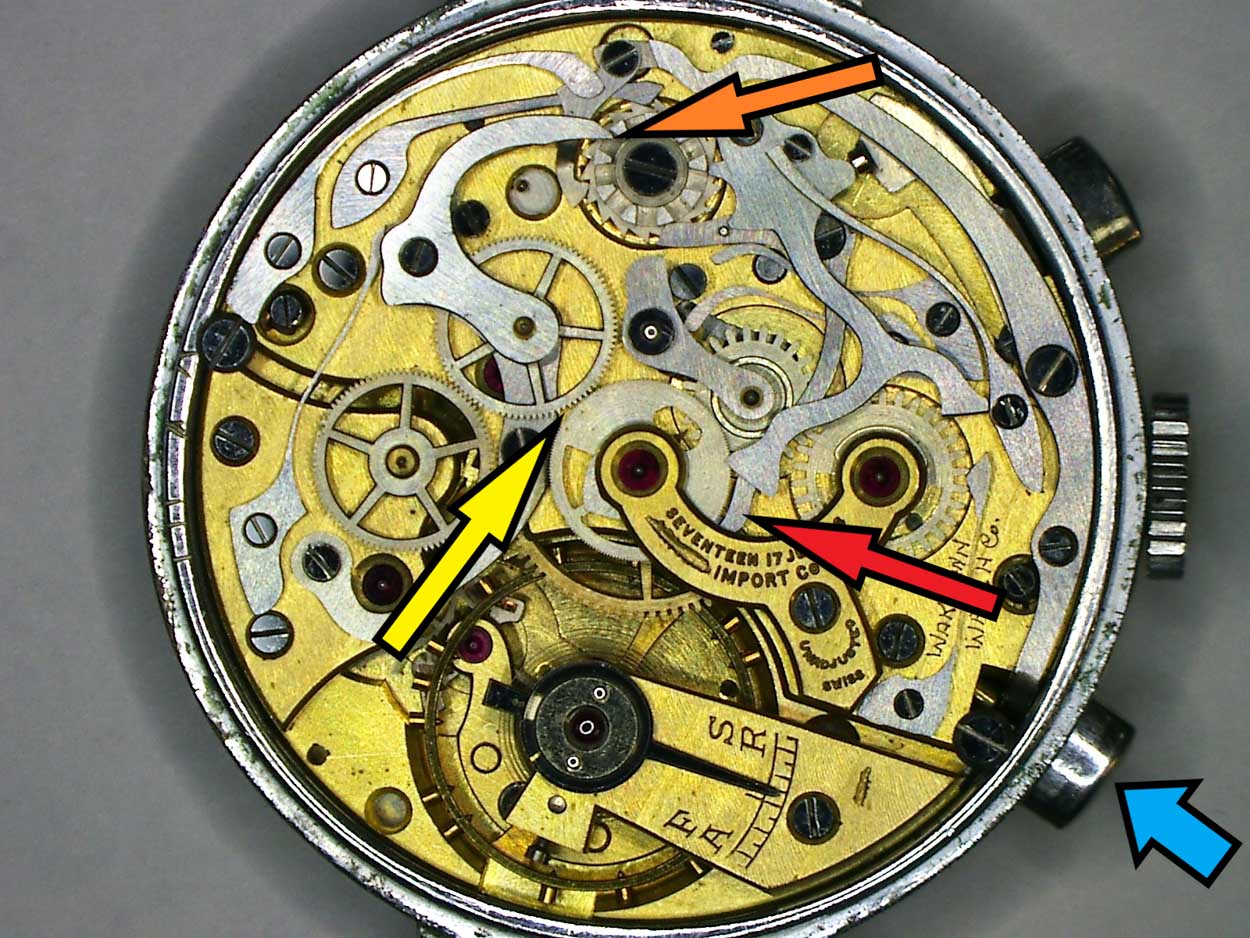 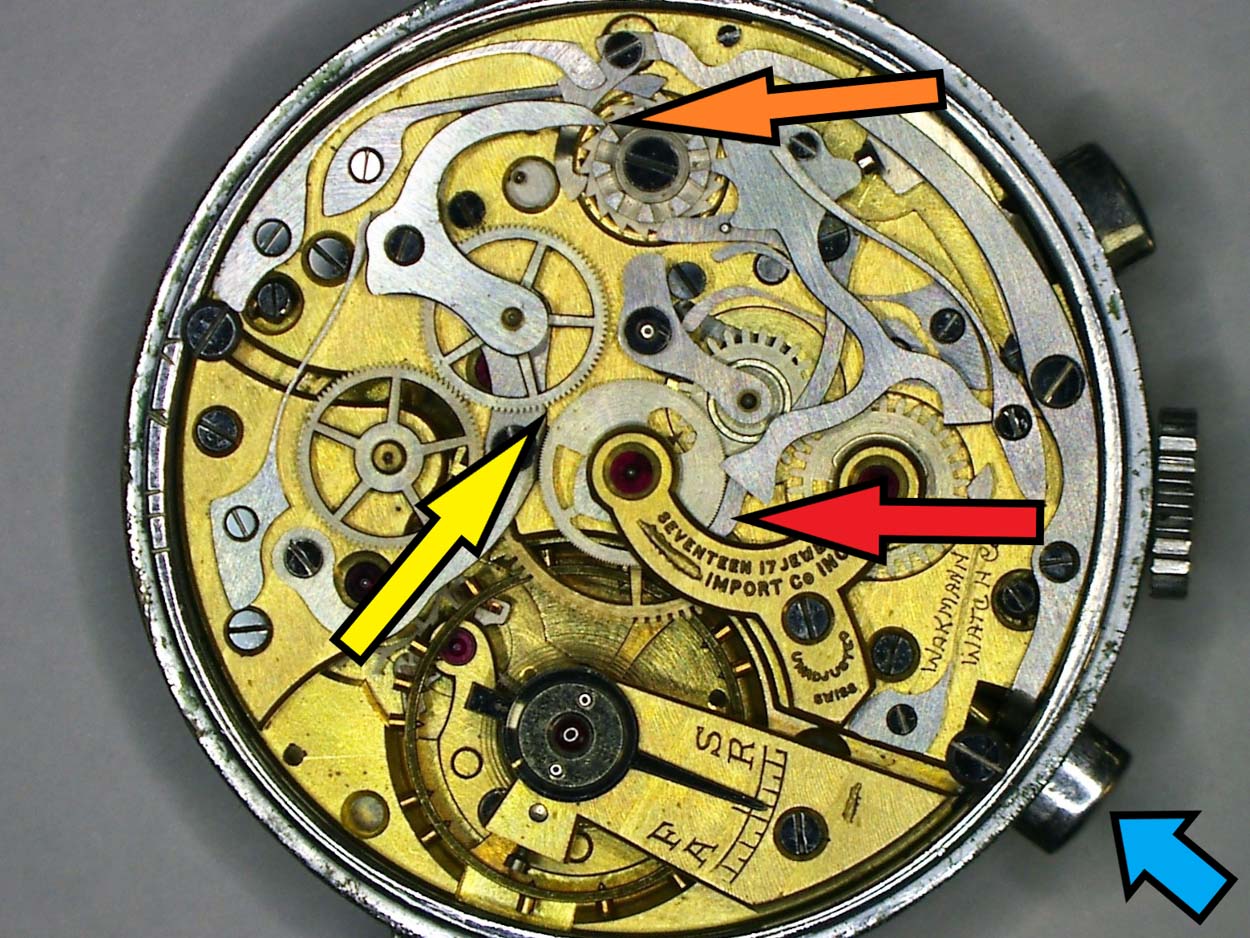 Return to zero; Chronograph mechanism can be re-used. 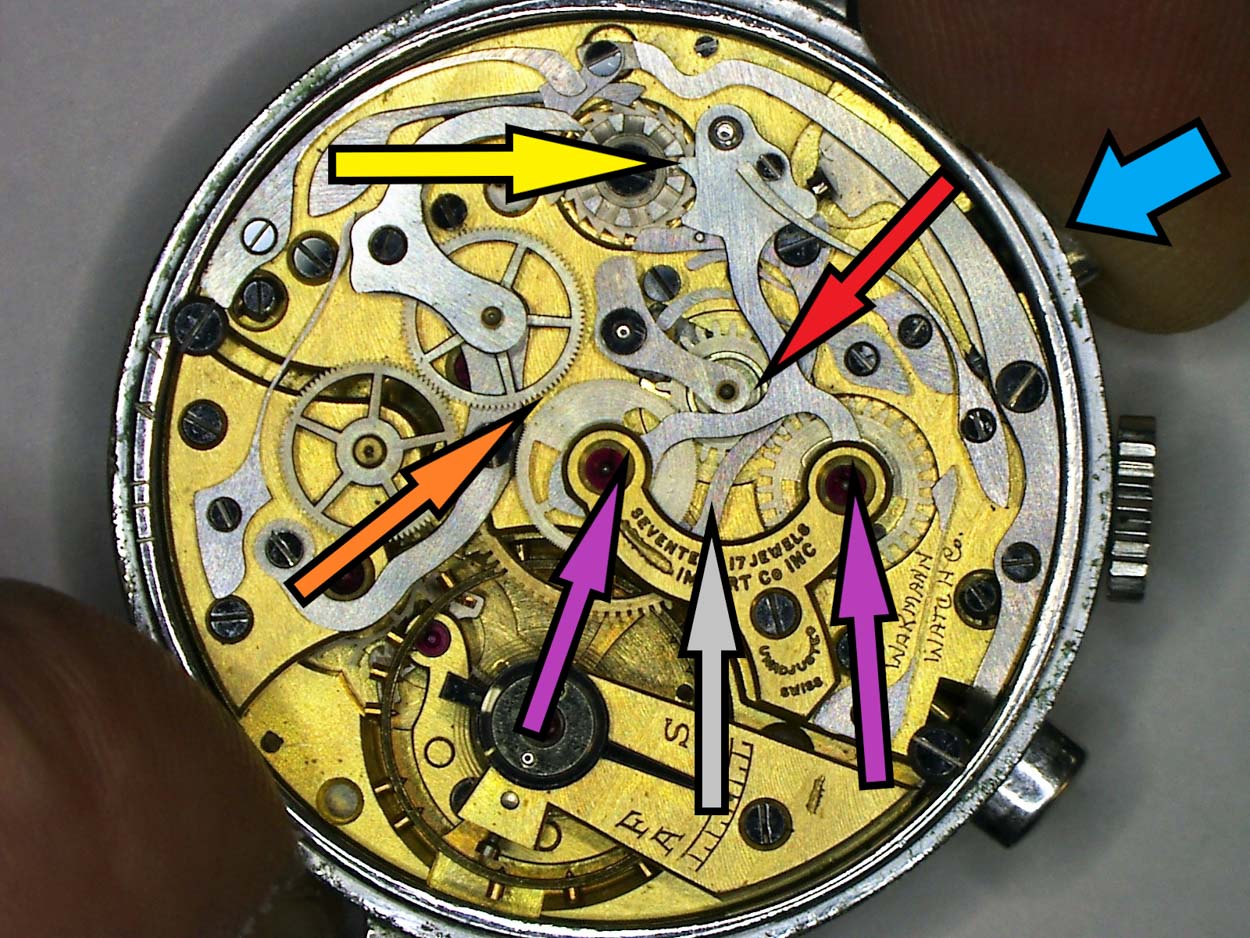 These three functions can either be controlled with one push button (called mono-pusher), positioned in the crown, or two push buttons, with one on each side of the crown.

A chronograph has one of two different command systems that control those three functions. 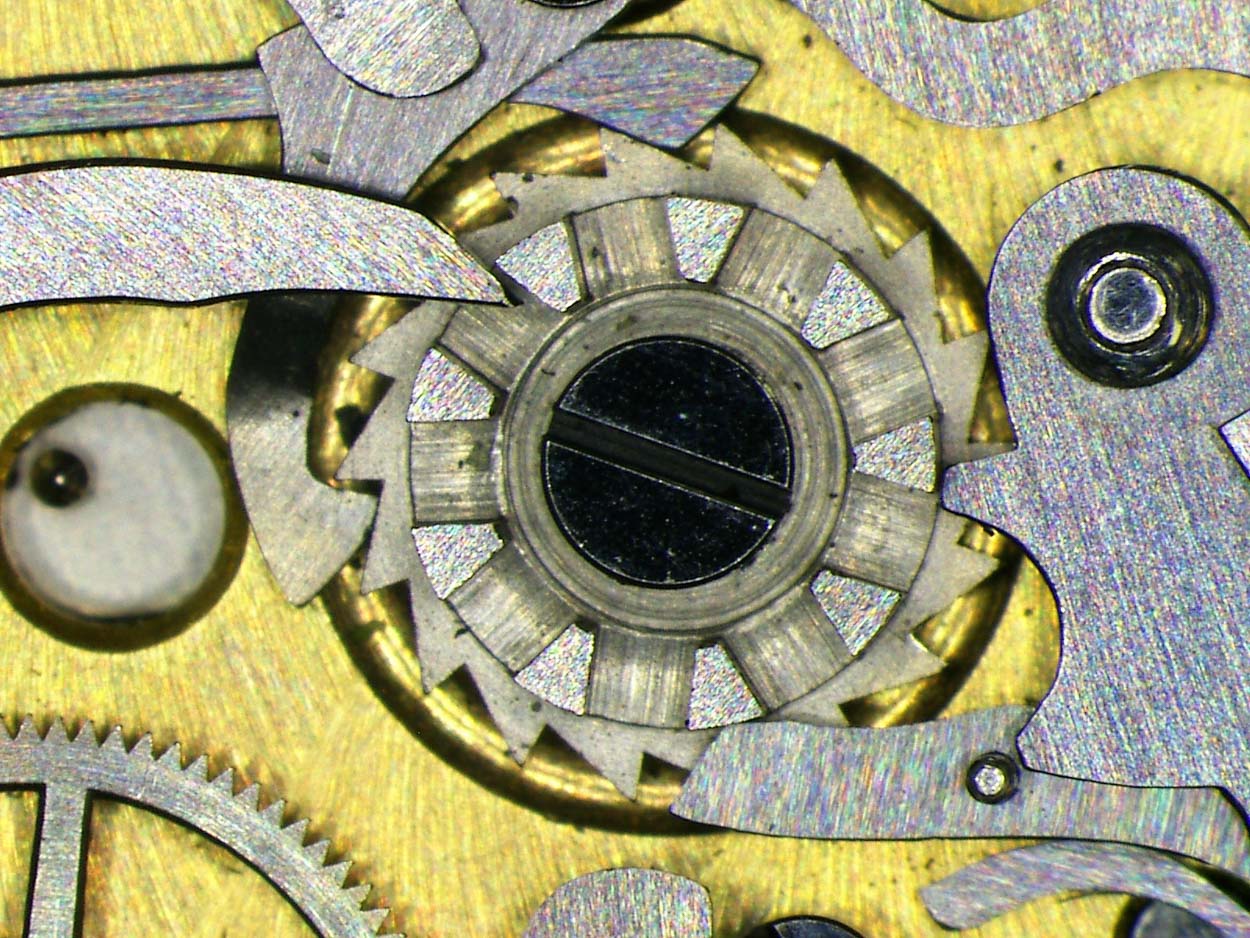 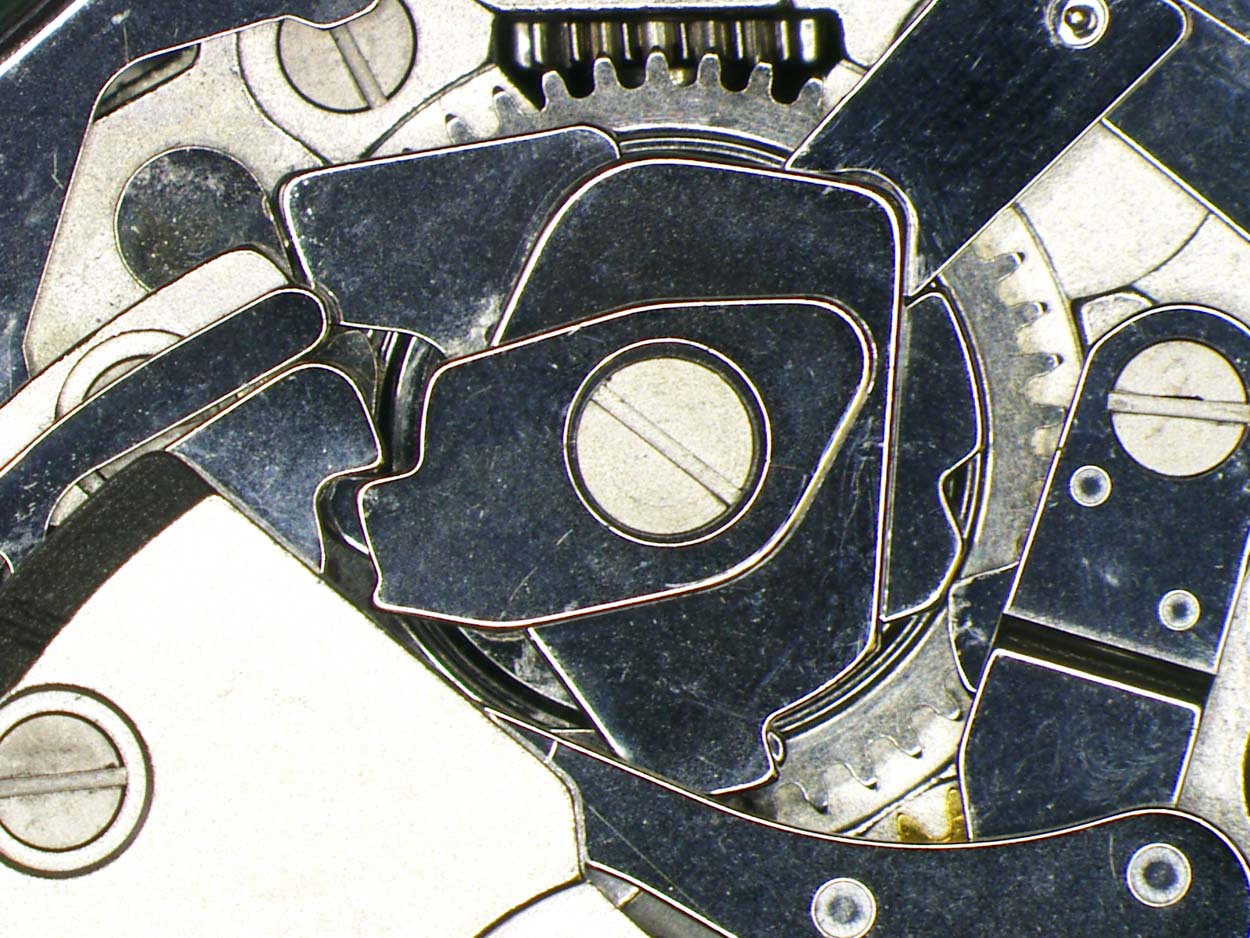 Both these command systems interact with the various chronograph levers and are either pushed away by the side of the cam/columns or fall into openings in the cams or between columns in the right order, it’s a kind of binary system, the levers are either engaged (on) or disengaged (off).

When the chronograph is activated, the amplitude (number of degrees of the balance arcs when oscillating) goes slightly down since more power is needed to drive the chronograph mechanism. 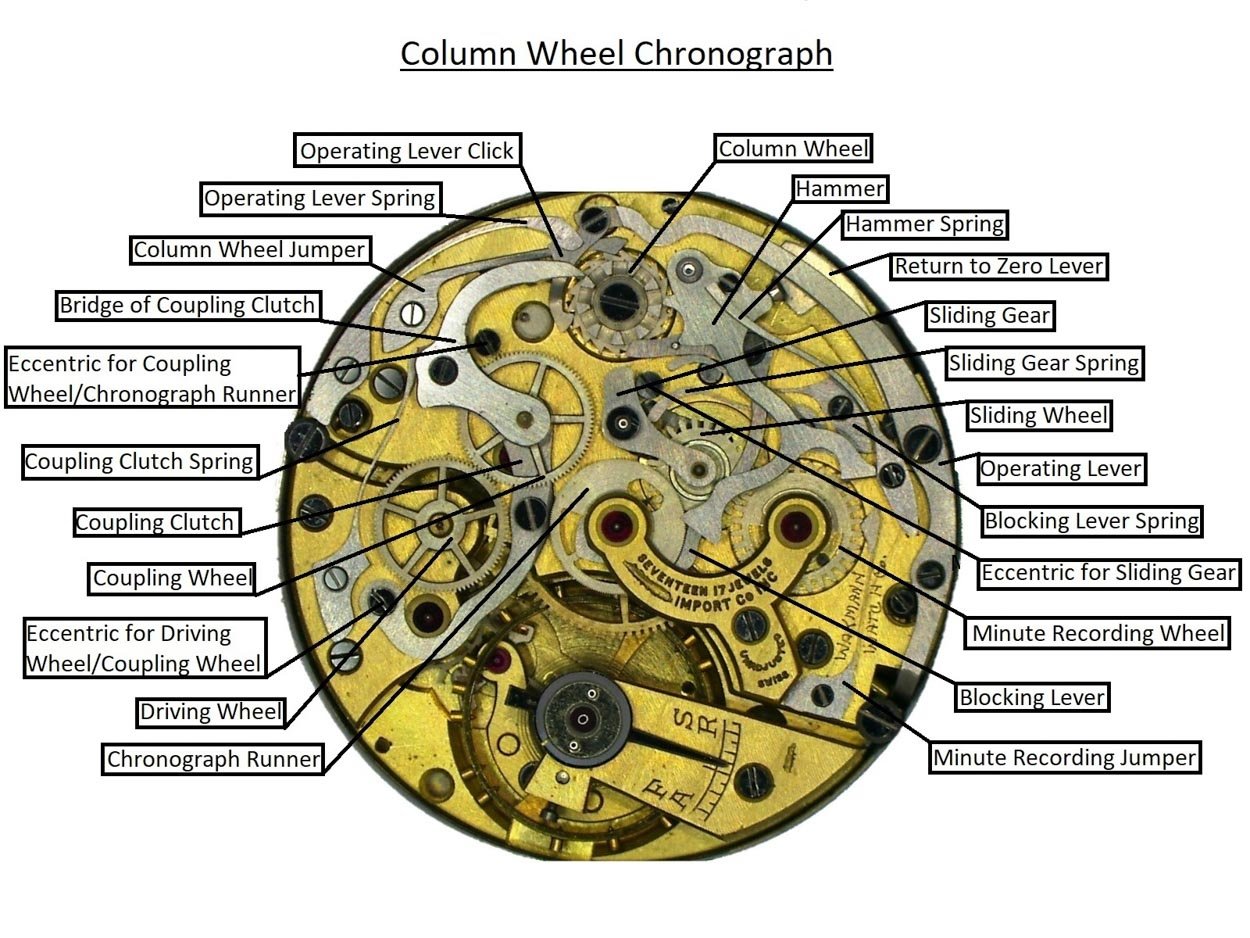 We hope you enjoyed this article on the chronograph. If you have an interest in watchmaking, have a look on the website of my K&H Watchmaking Competence Centre.

Hot Topics
Introducing: The Omega Speedmaster Super Racing With Spirate System
162 comments
Design Vs. Specs — Which Is More Important To You When Buying A Watch?
86 comments
The Time To Buy Is Now: How The Current Economic Climate Influences Watch Buying And How You Should React
51 comments
My Predictions For New Omega Speedmasters In 2023
48 comments
A Regret-Free Guide To Buying Your First Luxury Watch — Part Three: Higher-End Options From Omega, Rolex, Grand Seiko, And More
48 comments
Popular
A Question From A Reader: “Which Modern Speedmaster Is Closest To The Original Moonwatch?”
Robert-Jan Broer
14
The Ultimate Sports Rolex – The Explorer II Reference 1655
Robert-Jan Broer
17
Hands-On With The Seiko Prospex Dawn Grey Series
Robert-Jan Broer
12