There was a time that our mailbox was flooded with new watch projects via Kickstarter. Although there were some very nice projects among them, at some point we also got our share of emails with quartz watches that were not so interesting for us (or you). I was happily surprised to get a notifier about this new watch project by Undive Watches. This is a new micro brand based in Hong Kong and get their inspiration from vintage Seiko. Seiko 6105 fans, you should definitely keep on reading. 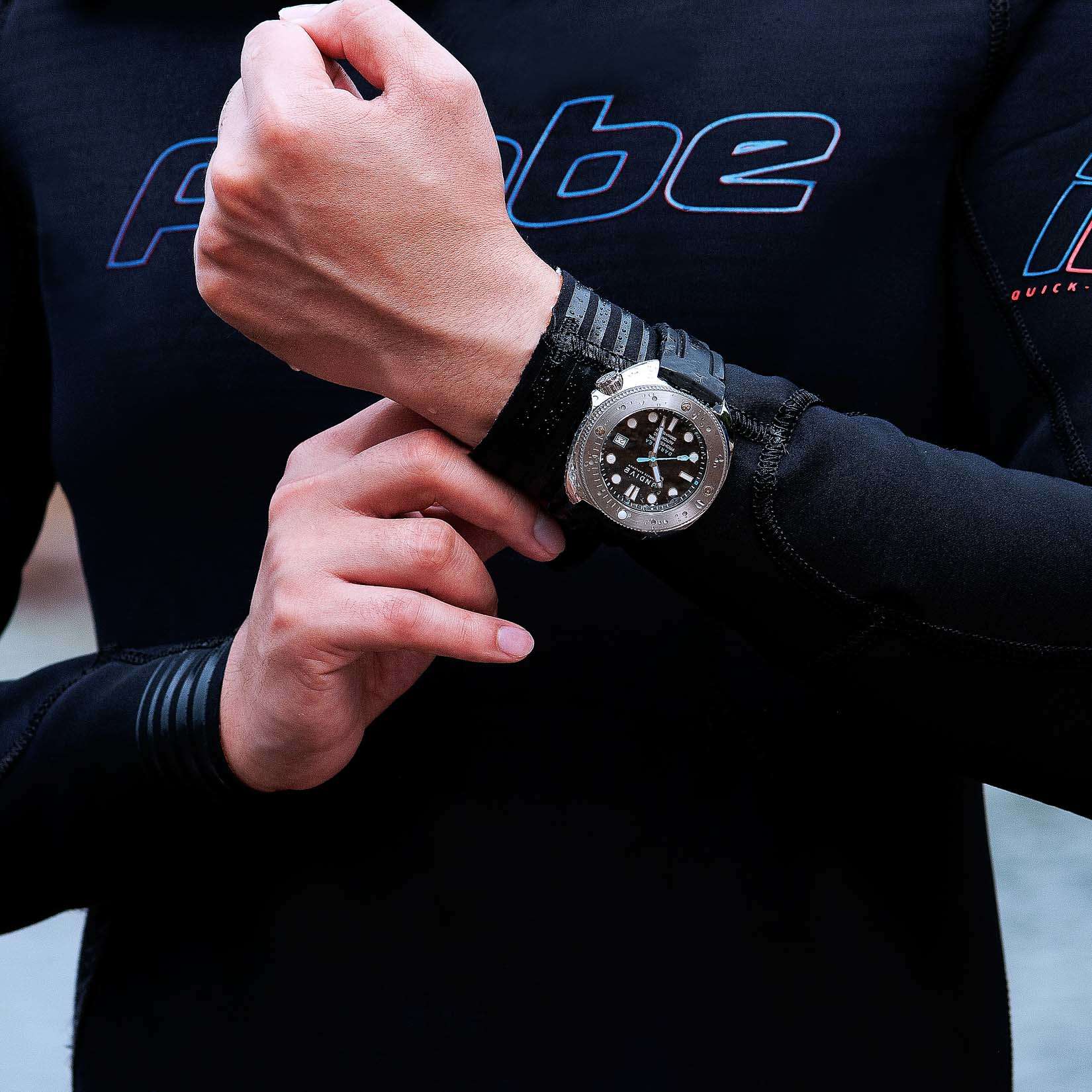 It is not really a secret that we like (Grand) Seiko. Mike mentioned all the right reasons to like Seiko in the recent interview he did with Chris of Time4APint (listen to it here). Undive doesn’t make it a secret either that their first professional diver watch has been inspired by the Seiko 6105 aka Apocalypse Now (we covered it here). Inspired, not copied in my humble opinion. The shape of the case looks familiar though, but so does the bezel (has that bit of Panerai Submersible to it).

This Undive Dark Sea 500M is a watch that had two years of development in it according to one of the founders. It will be offered for pre-sale using Kickstarter very soon (early August). But we want to give you a preview first, so here it goes. 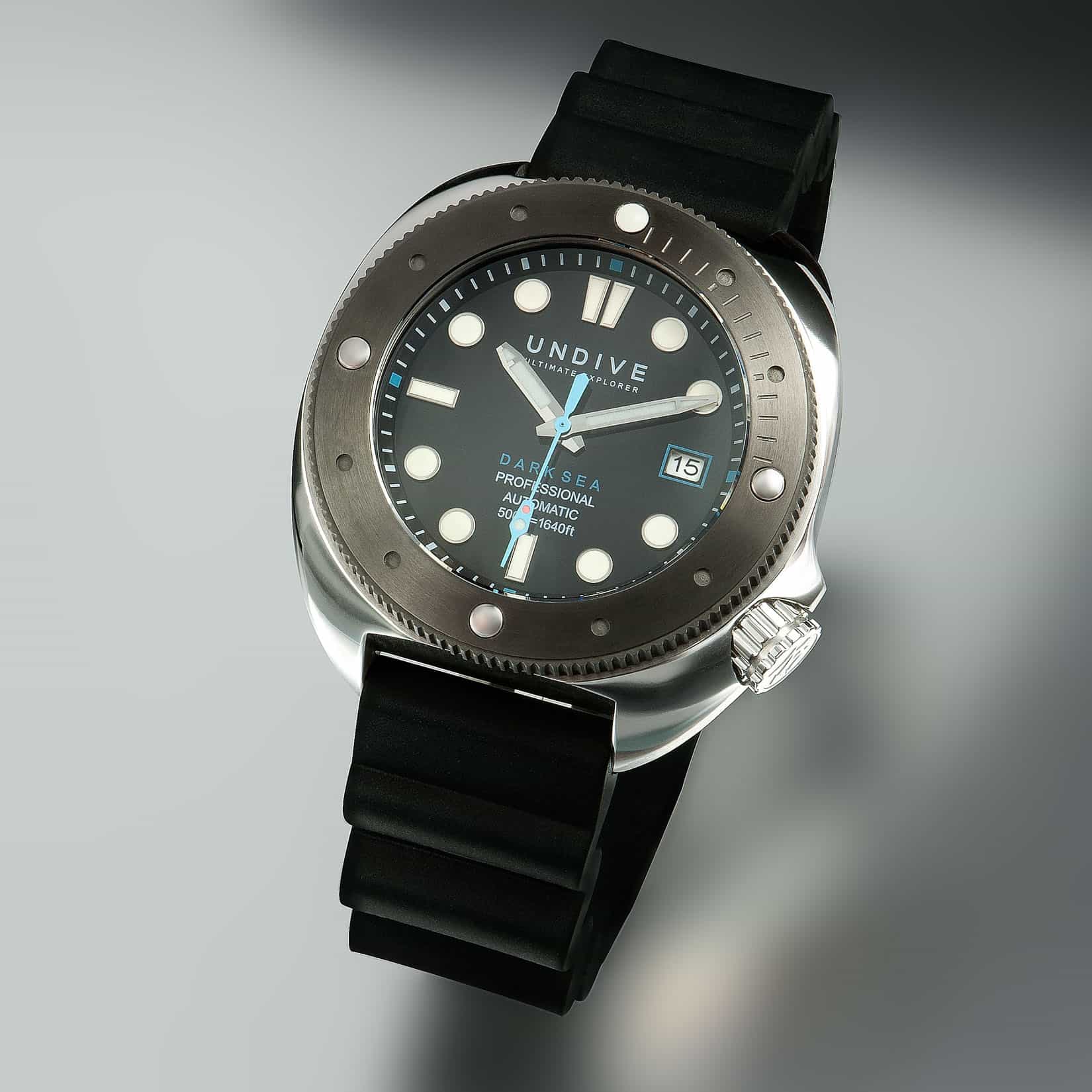 The Undive Dark Sea 500M doesn’t only look like a serious diving tool, the specifications also tells us it is one. There’s a uni-directional diving bezel, a helium valve, a depth-rate of 500 meters, a large screw-down crown and it has a very legible dial. It definitely helps that Undive chose to use Super-LumiNova BGW9 for the dial and the hands. 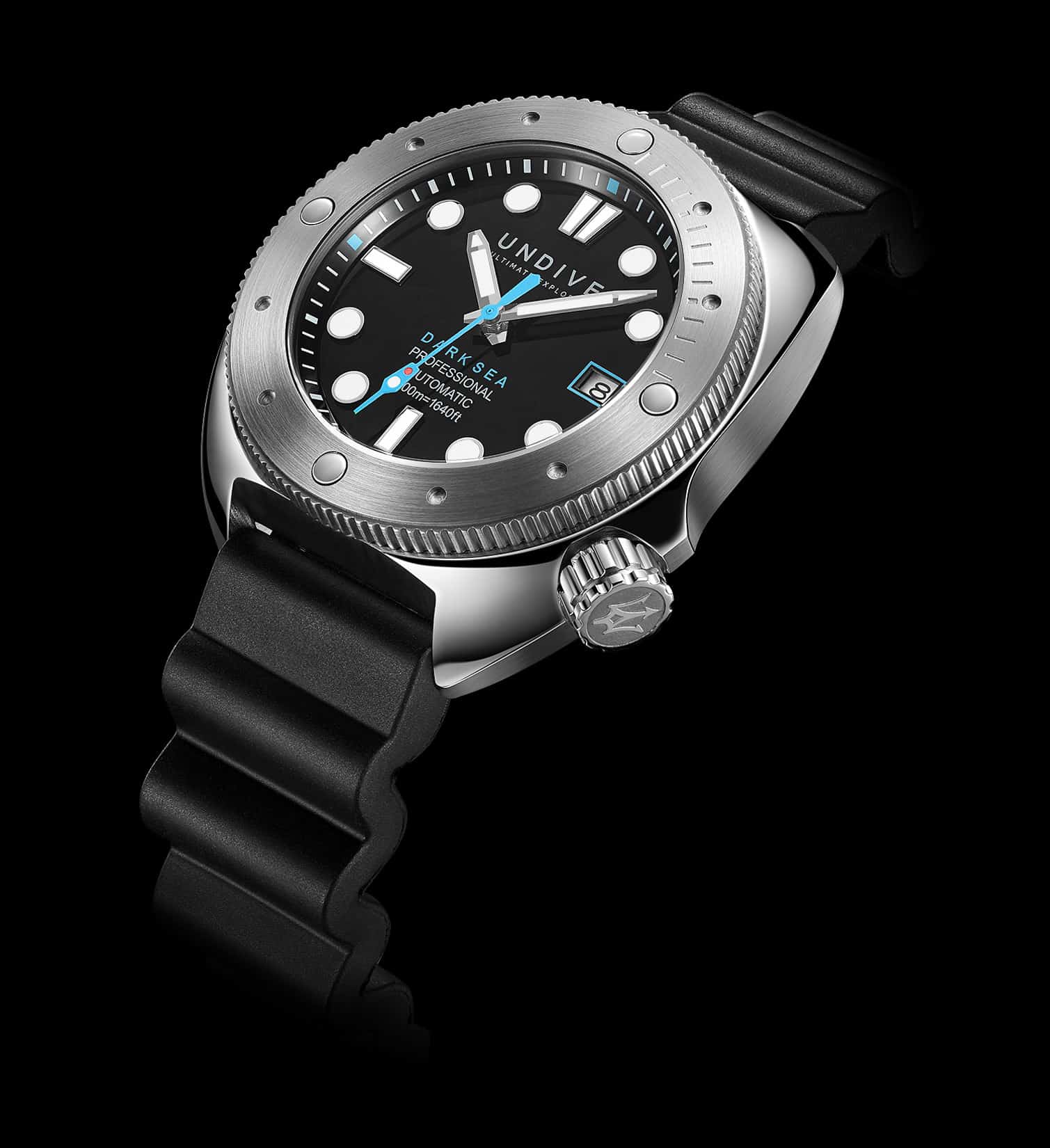 Its case is made of 316L grade stainless steel and measures 45mm in diameter. However, due to the shape of the case, you’ll find the case wears more comfortable than it sounds. Nevertheless, the lug-to-lug size is 50mm. The thickness is 15.4mm. The case has been polished, while the bezel has a matte brushed finish. This gives an interesting contrast. The case has a domed sapphire crystal which enables you to read the dial from a lot of different angles.

The funny thing of the dial is, that the second hand has a small red dot. You will find that this red goes pink under low light conditions.

There are a number of neat details on the Undive Dark Sea 500M that makes it worth while to take a closer look at it, especially given the (early bird) price. The crown has an interesting design and seems easy to grasp, it has a Trident logo in bas relief. The screw-down case back is not ‘see-through’, but instead gives some information about the watch. Interesting enough the preview shots we received show ‘case bronze’ which is not the case of course. 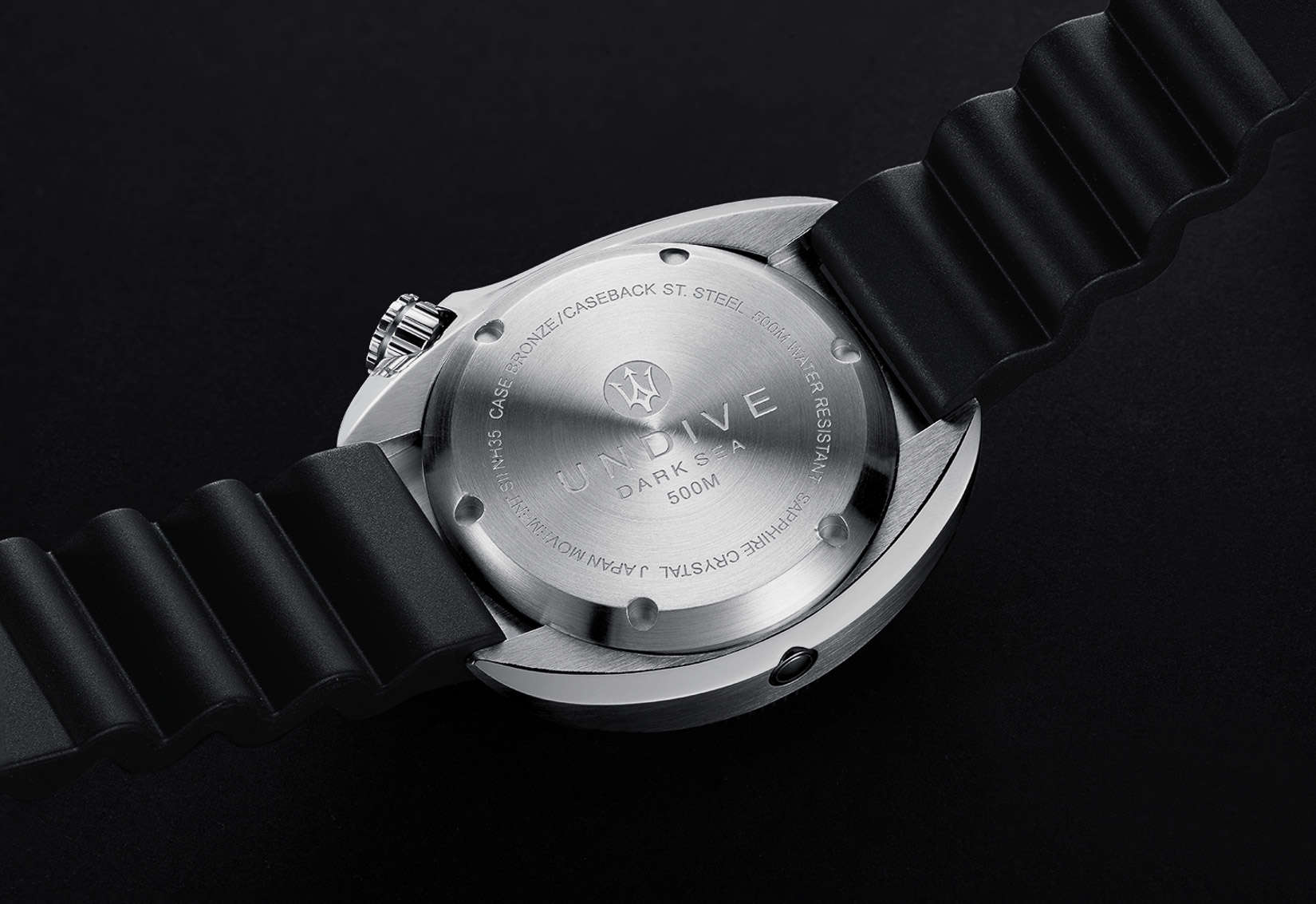 Undive comes with two version of the Dark Sea 500M. One in stainless steel, as described above, but also one that has a black DLCed bezel. Undive calls this model the Dark Sea 500M ‘Black Storm’. Both variations are equipped with a mechanical self-winding movement. To be specific, the movement is Seiko’s Caliber NH35. A movement you’ll see more often in micro brands, as these are work-horse movements and basically a ‘white label’ version of the Seiko 4R36. It has a Diashock system, a power reserve of approx. 41 hours and a hacking feature. It ticks at 21,600vph.

Early August, Undive will start their Kickstarter campaign. The early bird prices on these Dark Sea 500M watches are $436USD for the stainless steel version and $460USD for the ‘Black Storm’ edition. Both watches come with the accordion-style diver strap and a stylish leather strap.