I love a good auction. They used to scare the heck out of me when I first got into watch collecting. But now I swear by them as great access points for all collectors. If you’re just starting out you can always find the odd bargain. Sure, it may go for a low price because no one else likes it, but who knows? It could be the next big thing! For established collectors, auctions present an opportunity to acquire the holy grails of our industry. At 9 pm (UTC+1) October 1st, Veritas Art Auctioneers (based in Lisbon, Portugal) is hosting a very interesting event: Auction 100: Watches.

Between September 25th and September 30th, from 10 am–8 pm daily, you’ll be able to view the rather vast catalog detailing the available lots. But if you’re impatient to see the main event, allow me to save you a few minutes of enjoyable-but-time-consuming thumbing: skip to Lot #691… 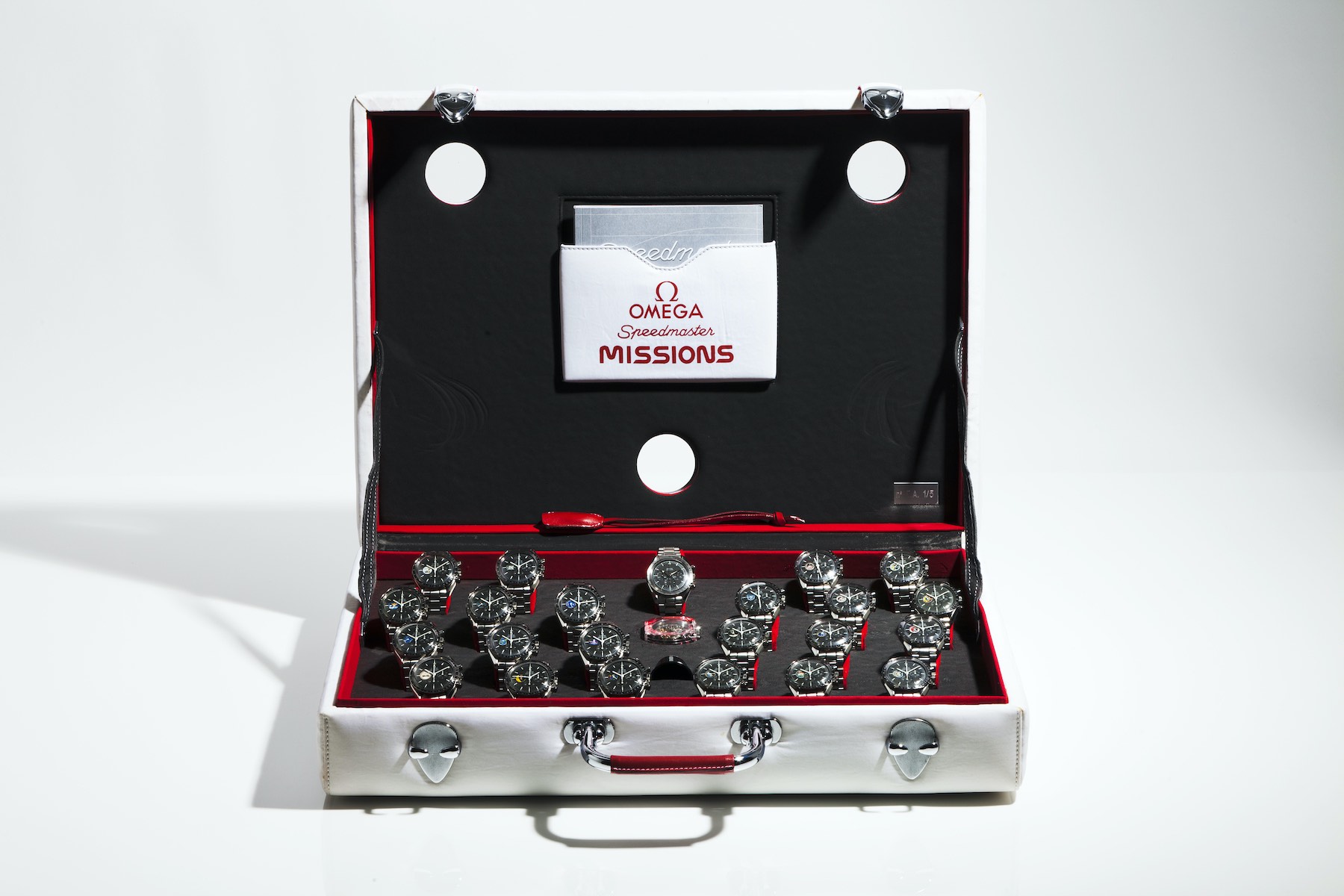 Going under the hammer come October 1st is a very seldom seen Omega Speedmaster Suitcase from 1997 (Ref: 3599.99.00, E.A. 1/5). This exceptionally rare “artists’ edition” of the “missions collection” includes 22 stainless steel chronographs, each bearing official NASA mission patches on their dials. The patches stretch from the August 1965 Gemini V mission right up to the Skylab SL-3 mission of November 1973. Additionally, a re-edition of ‘57 original Speedmaster completes the set. For those interested in the mechanics of these legendary chronographs, a spare Lemania-based caliber 1861 movement is also included. 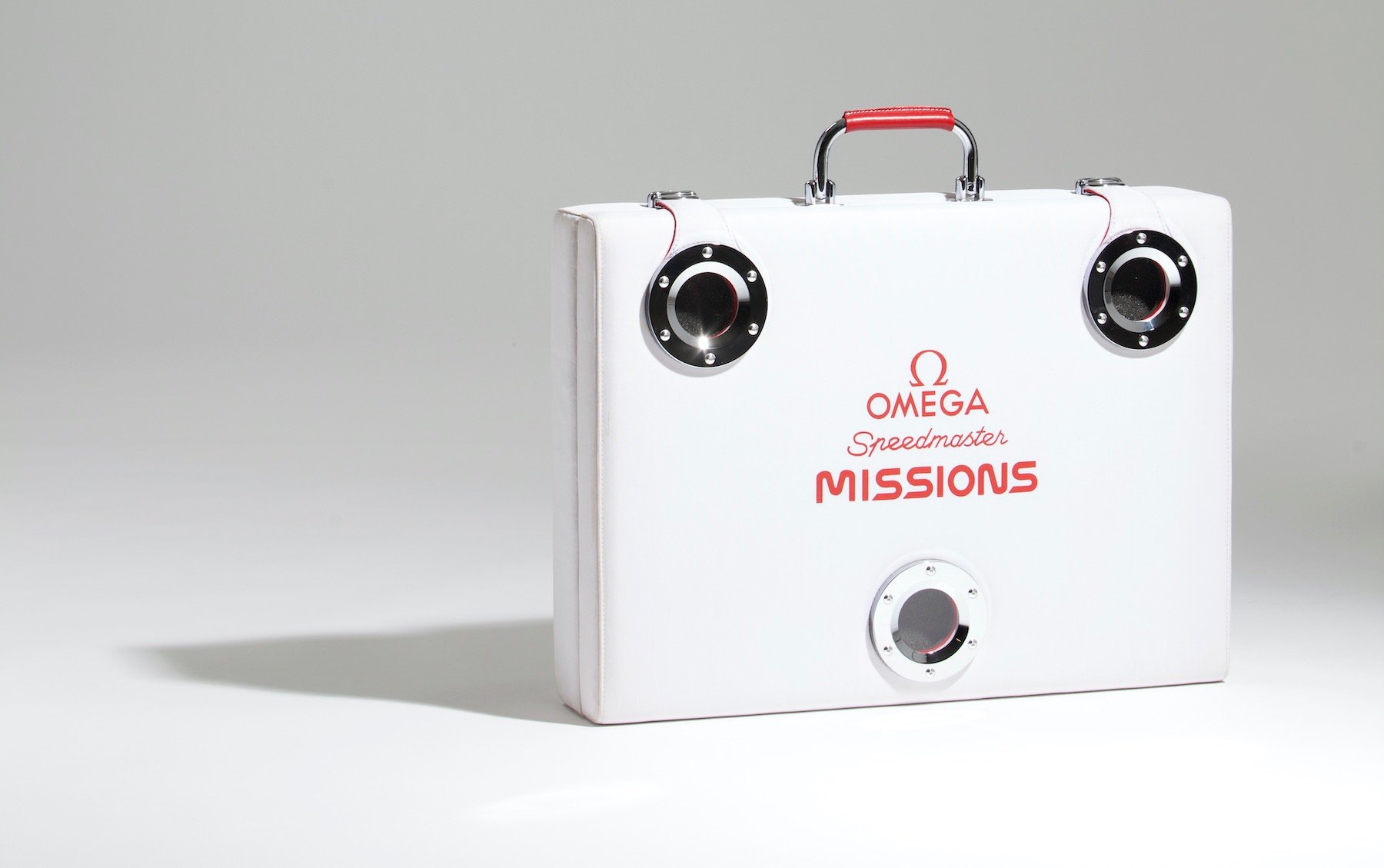 One of just five

If you remember this release, you might be wondering which wave of cases this reference belongs to. In anticipation of the Speedmaster Professional’s fortieth anniversary, Omega produced 50 cases. 40 of these suitcases hit the open market in 1997. Five non-commercial editions were released in both 1997 and 1998. This case is officially one of the non-commercial releases from 1997 making it extremely rare. 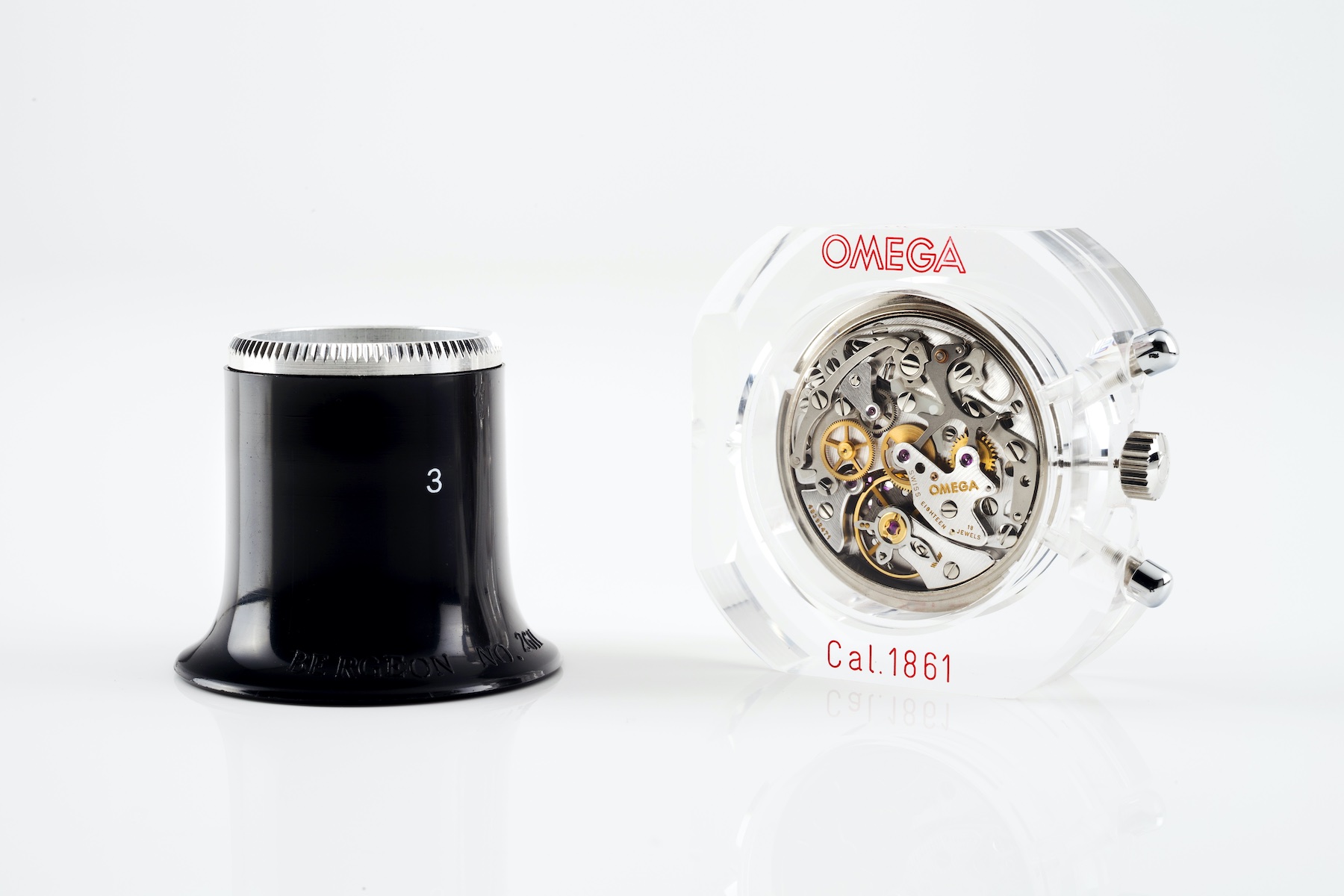 This edition includes a certificate explaining its background:

“Richly decorated with NASA mission patches, the Speedmaster Missions Collection relates the exceptional adventure of space exploration in which the Speedmaster Professional — the only watch worn on the moon — was greatly involved. The Speedmaster made six round-trips to the moon: from the first man on the moon, Neil Armstrong on July 21, 1969, at 02:56 GMT, to the last, Apollo 17 commander and Omega Ambassador Gene Cernan! 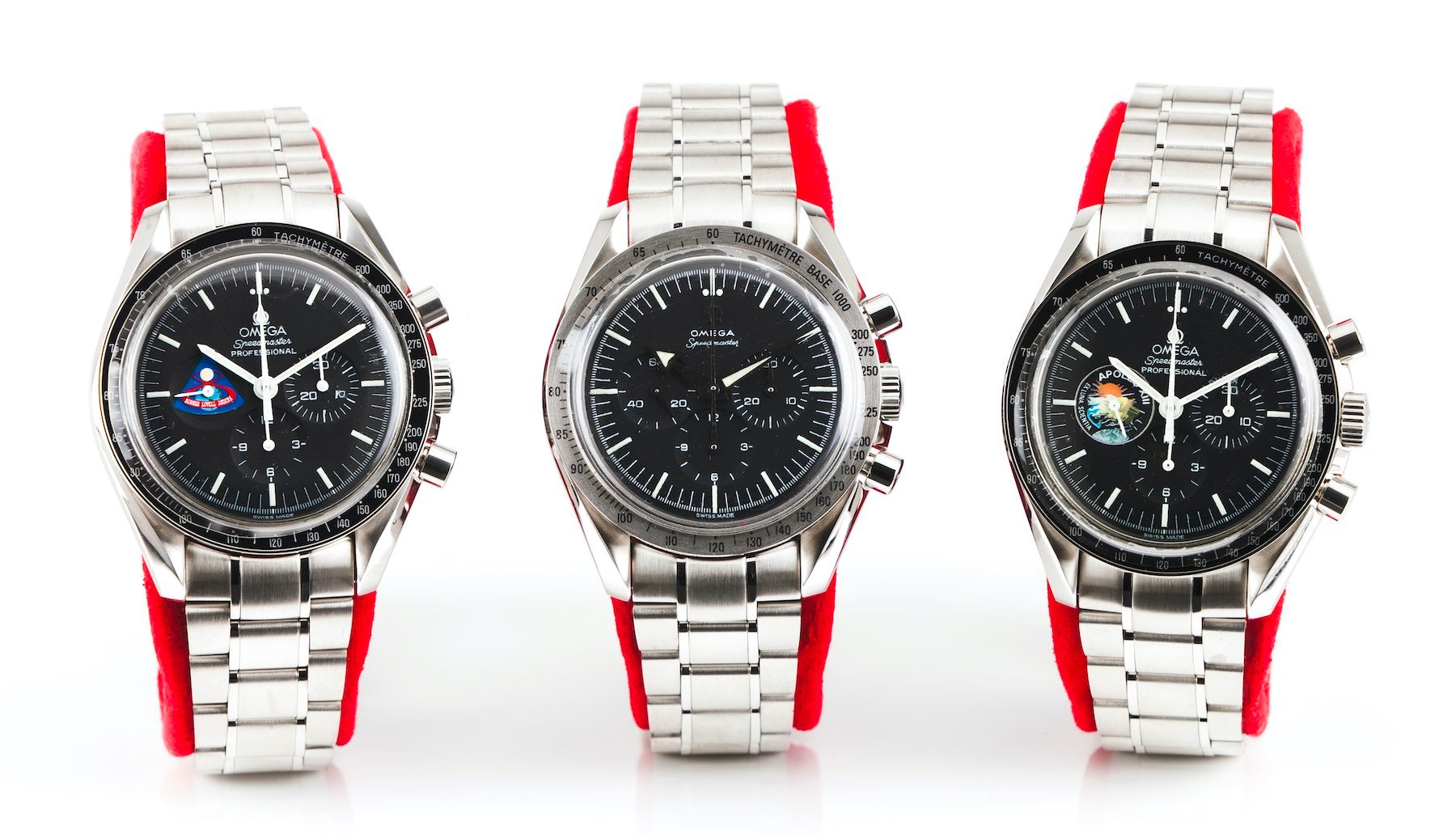 “Created in 1957, the ‘flight-qualified for all manned space missions’ by NASA in 1965 and 1978 following rigorous tests (conditions of zero gravity and magnetic fields, undergoing extreme shocks, vibrations, and temperatures from -18 to +93 degrees Celsius), the Speedmaster became part of the standard equipment of the astronauts and the cosmonauts during their walks in space.

“In addition to landing on the moon, the Speedmaster contributed to the rescue of the Apollo 13 mission in April 1970, earning Omega the astronauts’ highest distinction, the Snoopy Award.

“Between July 1993 and July 1994, the Speedmaster underwent testing unequaled in the history of watchmaking on board the Russian space station MIR: during 365 days, the Russian cosmonauts Alexander Serebrov and Wassilj Zibliev and the French astronaut Jean-Pierre Haigneré subjected 35 Speedmaster chronographs to a series of zero-gravity tests. The success of this exceptional test is attested by a certificate initialed by the MIR crew. The Omega Speedmaster had become the most tested watch in the world.”

Hot Topics
Introducing: The New Seamaster Professional 300M 60 Years Of Bond — With A Special Animated Case Back
104 comments
Are You Still After An Omega × Swatch MoonSwatch?
79 comments
It’s Time To Invest In A Dress Watch — Our Picks From Breguet, Omega, Grand Seiko, And More
71 comments
Sunday Morning Showdown: The Tudor Pelagos Provocation — Pelagos Vs. Pelagos 39
55 comments
The Rolex Waitlist Conundrum — How Much Will The Price Of Your Watch Increase While You Wait?
48 comments
Popular
Top 10 Rolex Watches – Overview of Models Favoured By Our Readers
Fratello
24
The Ultimate Sports Rolex – The Explorer II Reference 1655
Robert-Jan Broer
17
You Asked Us: Rolex Submariner vs Omega Seamaster
Robert-Jan Broer
24