A year ago, Vertex introduced their M100. A watch that paid tribute to the military Vertex watch that was part of the famous dirty dozen. Only 600 pieces were made of those, and only available via an exclusive invitation and referral program. Now, there’s the Vertex M100B.

Interestingly, the current Vertex company is owned by the great-grandson of the founder of the Vertex company over a 100 years ago. He explains that the original 1944 Vertex military watch with calibre 59 movement has been the blueprint for the M100 and this new M100B, with DLC finish. In fact, he is assured that if today’s technology would be available in WW2, the original calibre 59 Vertex watch would also have been designed in such way that it would be non-reflective. The new Vertex M100B demonstrates how that would have been. 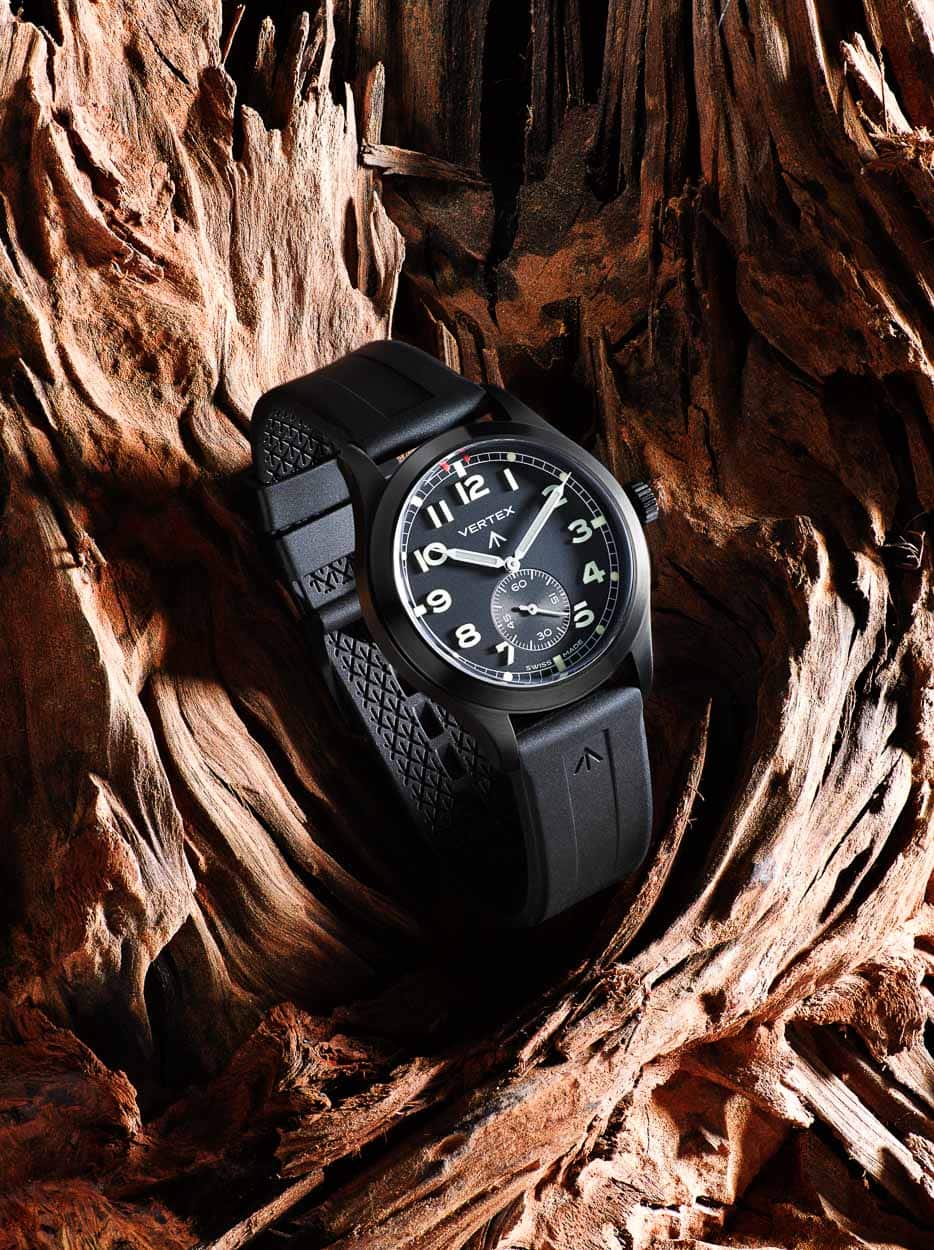 Unlike the original M100, the Vertex M100B is available without a referral. You just need to sign-up on the vertexblack.com website to receive a purchase code. Only 150 pieces will be made available, making it very exclusive and only for those who really fancy one. Price is set to 2625GBP.

Just like the original Vertex M100, the new DLC model will also have the ETA based calibre 7001 movement inside. A solid hand-wound calibre with rhodium finish and Côtes de Genève decoration, the ratchet wheel is engraved with ‘Vertex’, just like the original Vertex movements. The 40mm case has been treated with DLC technology, resulting in this black finish. On top, there’s a boxed sapphire crystal ensuring its 100 meters of water resistance. 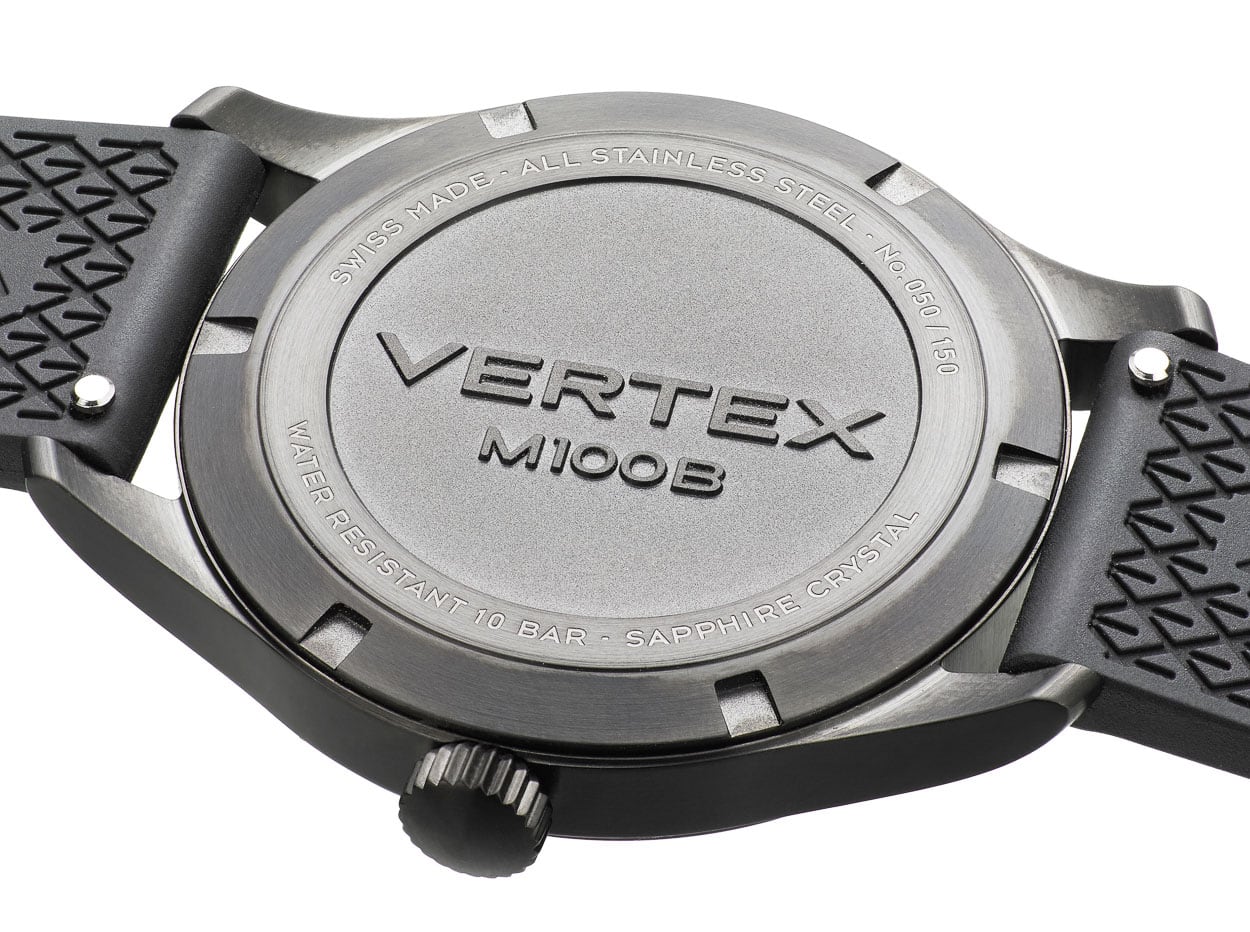 This Vertex M100B comes in a Peli case which includes three straps. A black rubber strap and two bespoke nylon NATO straps in black and red, as well as all black. All with DLCed keepers and buckle. 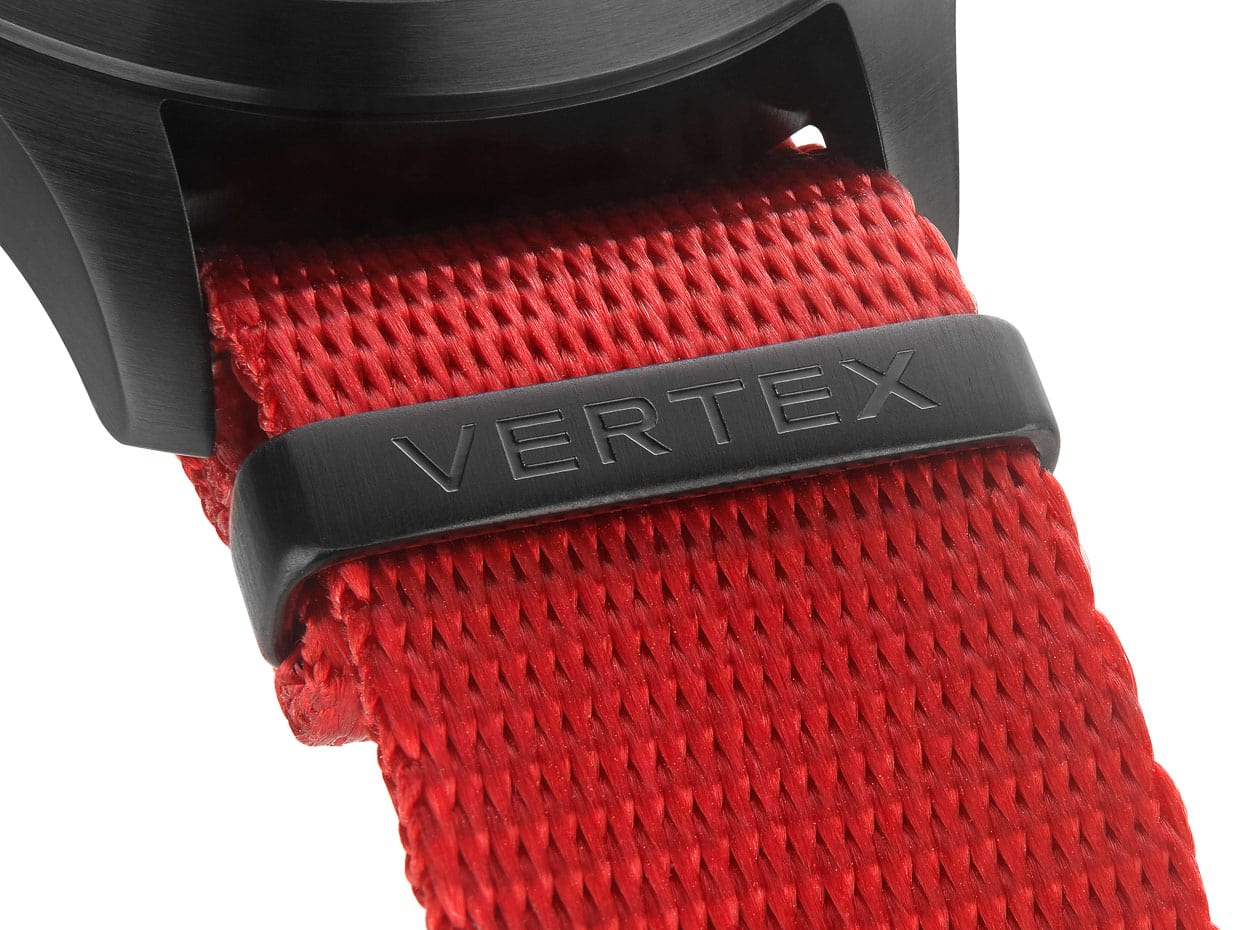 All 150 Vertex M100B watches will be individually numbered. The price of 2625GBP includes sales taxes.