[Video] Where Did Our Casio G-Shock Journeys Begin? Our Editors Talk

A few months ago, we did a podcast in which some of our team talked about their favorite G-Shock watches. We received quite a few messages based on that podcast, so we decided to do another talk about G-Shocks This time, however, we did it on video.

Rob Nudds talks with Lex, Nacho, and RJ about their favorite G-Shocks and how they got into buying their Casio G-Shock watches. Lex brings his JDM G-Shock model in navy blue, while Nacho talks about his first Casio and the DW-5600E he picked up. RJ talks about buying his first Casio back in 1986 and his 2003 G-Shock 5000SP 20th anniversary edition. 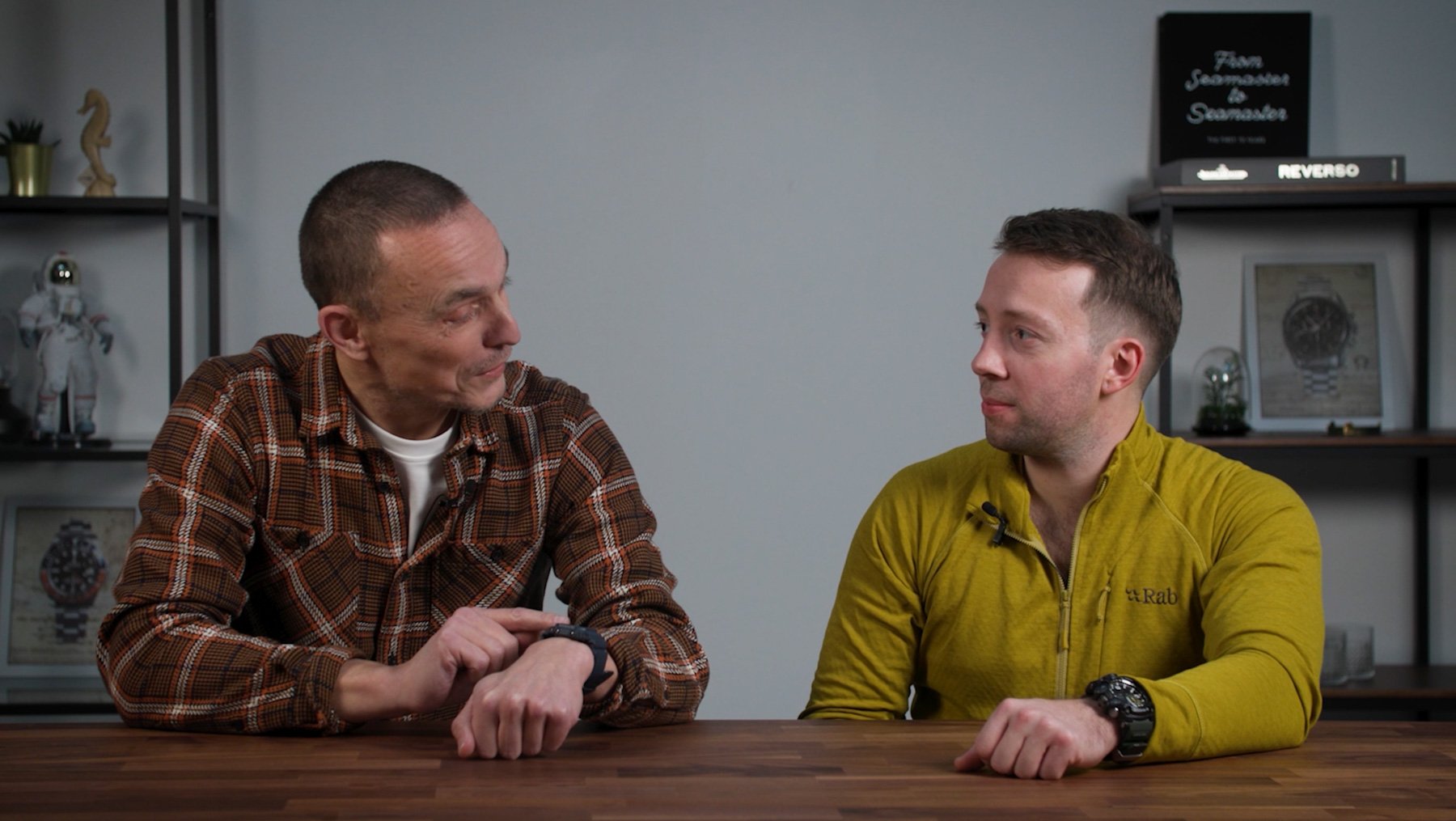 Lex, who is old enough to vividly remember the introduction of the G-Shock in 1983, talks about his Tokyo purchase. During a trip with Casio, he saw this navy blue G-Shock GW-M5610NV that he wanted to have. 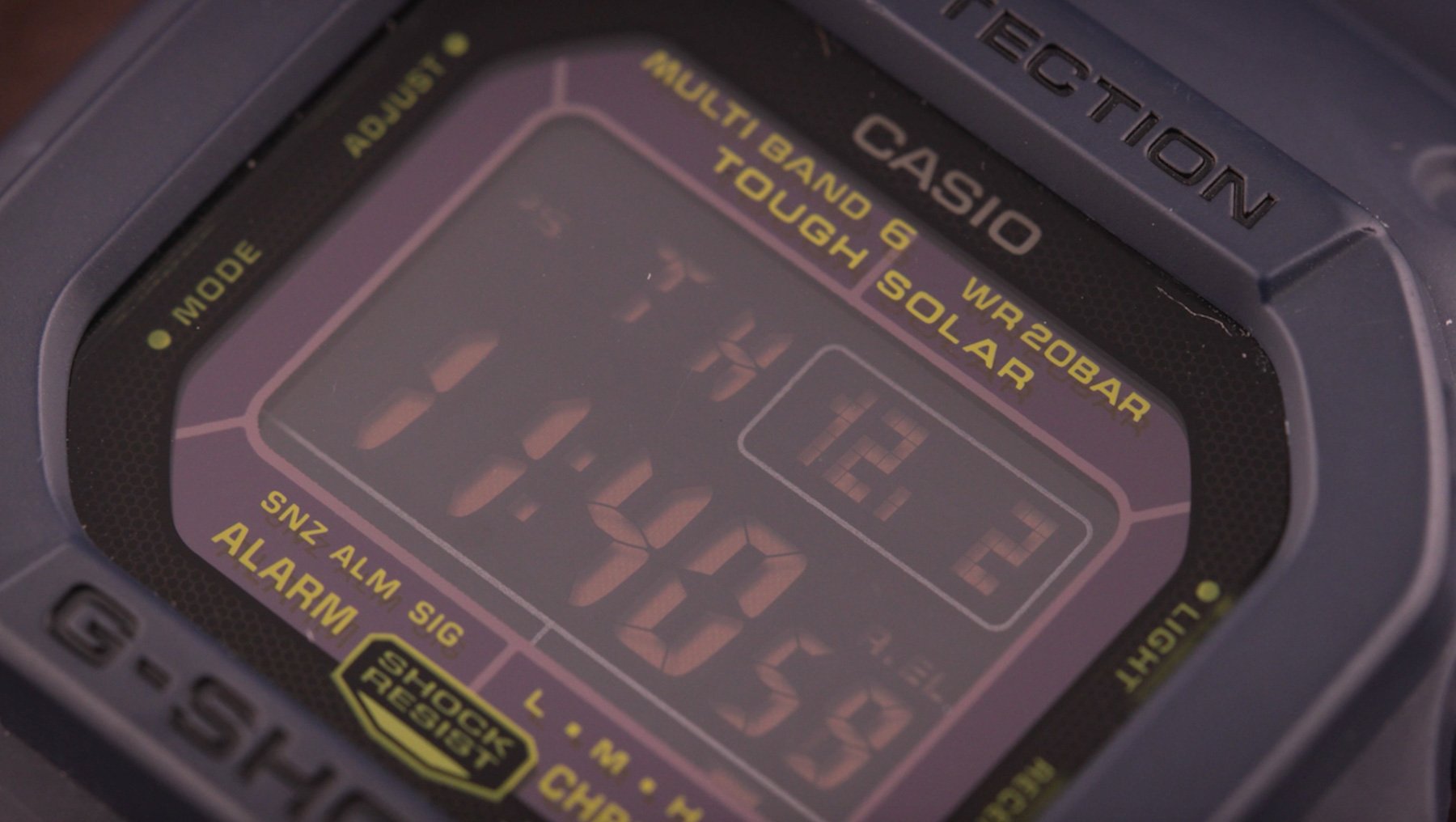 It’s a JDM (Japan Domestic Model) that he paid for with his own yen and brought back home to Europe. 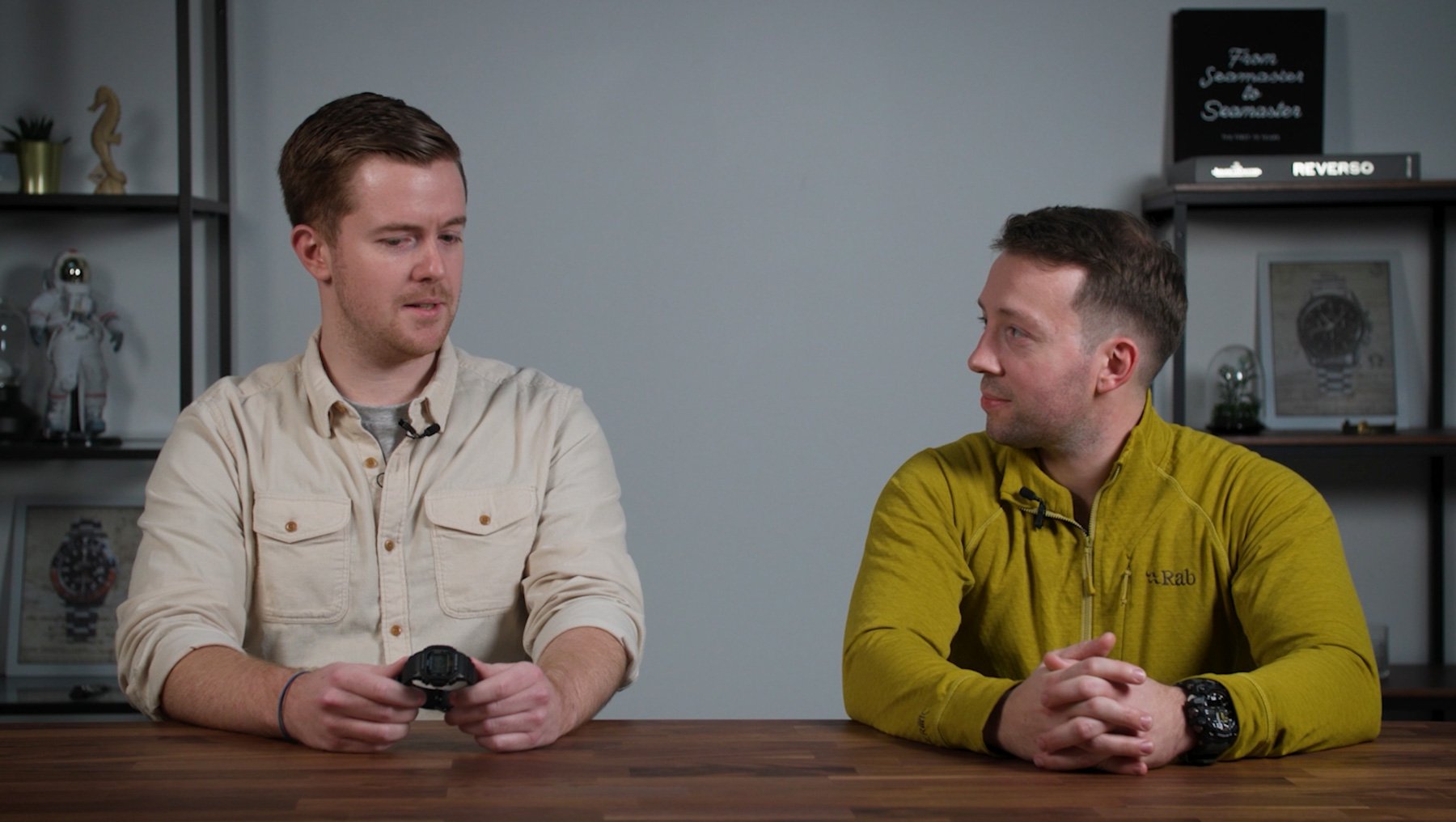 Ignacio’s story is a little bit different. He’s a big G-Shock fan, and finds them all over the place (but mainly on the local eBay). He started out with the classic F-91W, his first watch ever. Today, he’s cherishing this square DW-5600E reference. 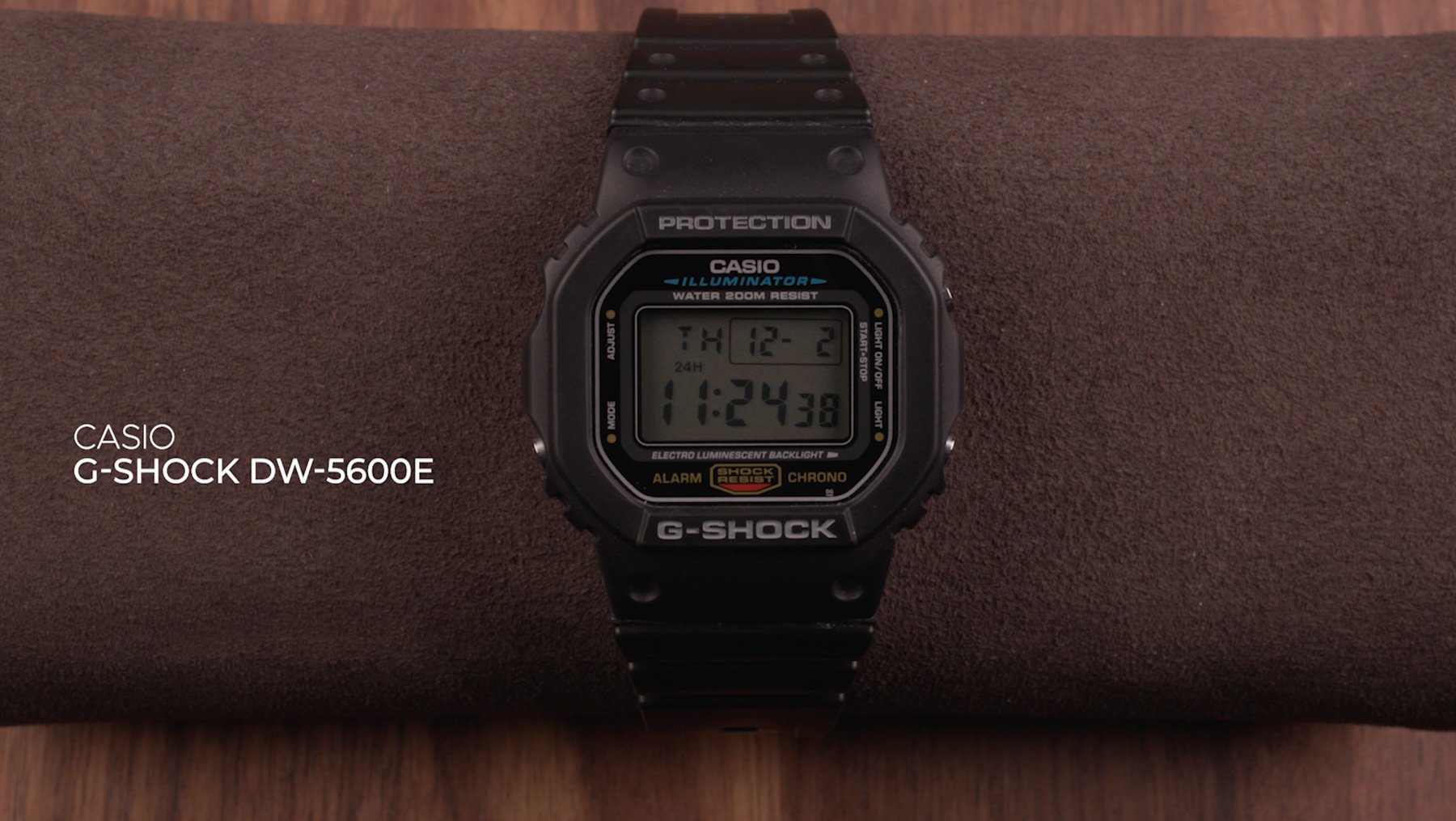 It’s similar to the model worn by Keanu Reeves in Speed. Nacho uses it when he needs something sturdy or for activities that require timing (like running). 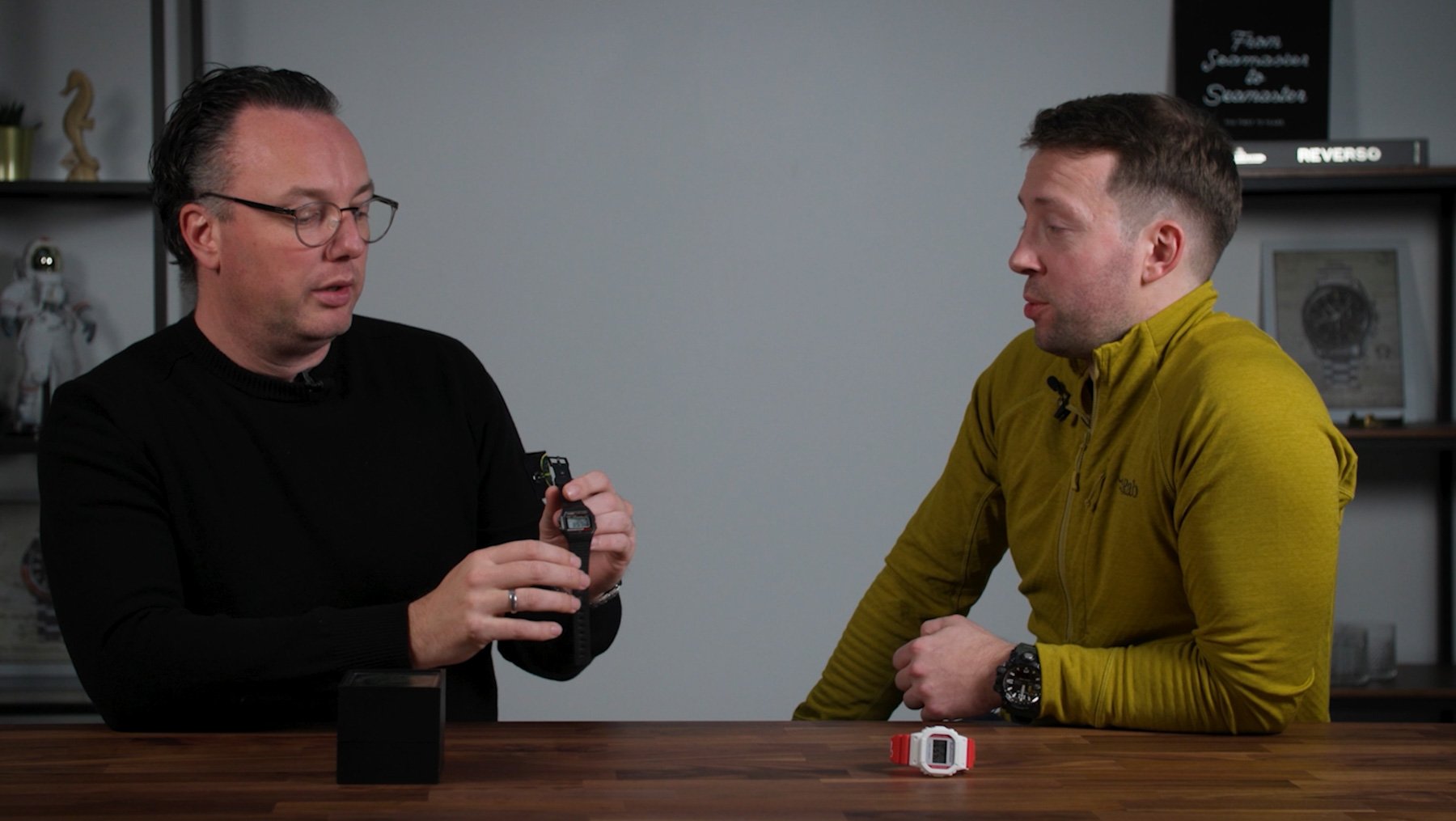 RJ bought his first Casio (W-14) during a holiday with his parents in 1986. The G-Shock was simply too large for a nine-year-old kid. In 2003, he purchased this 20th-anniversary G-Shock edition from eBay Japan. 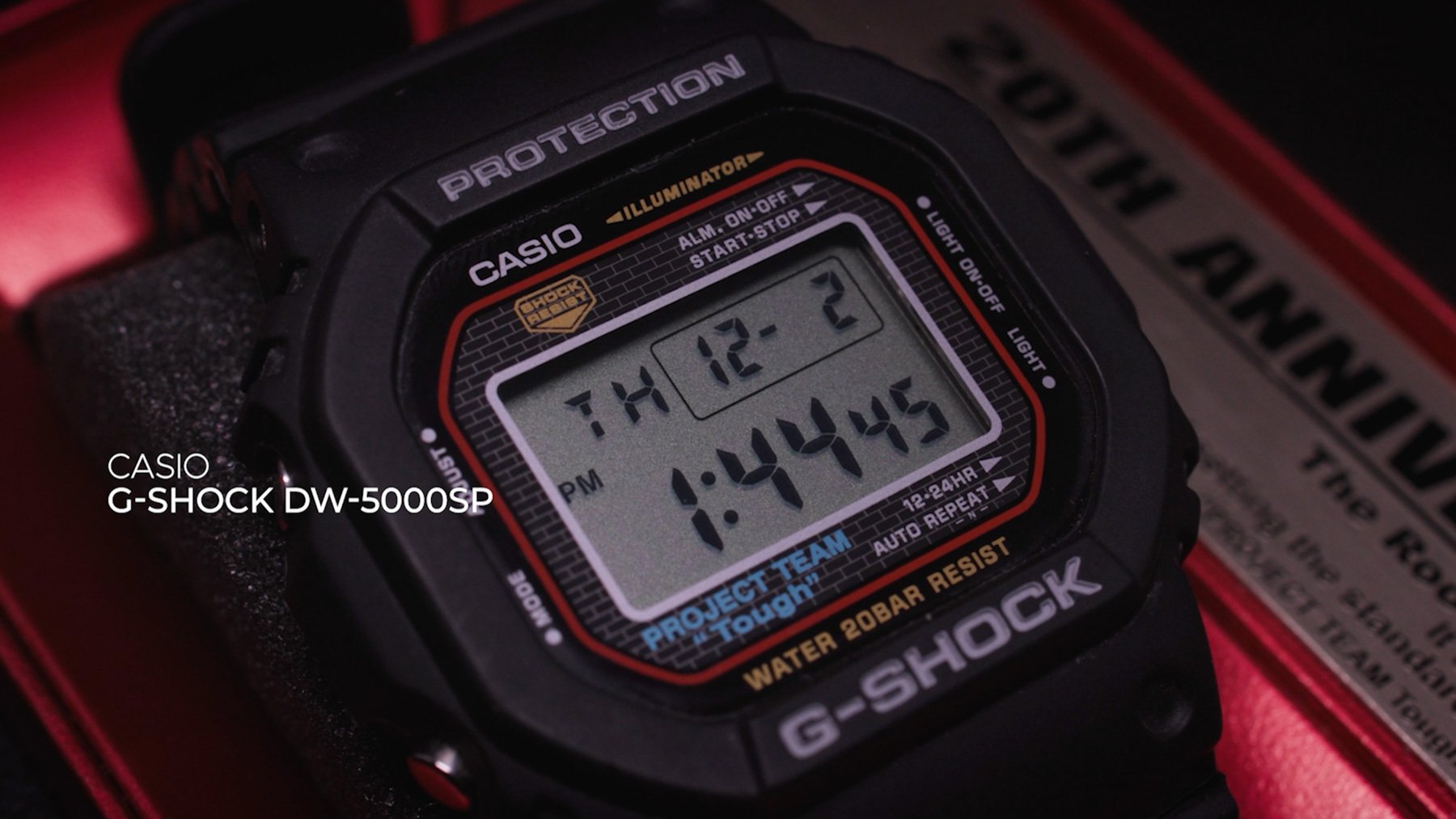 What’s interesting about this DW-5000SP is that it has a metal core and very similar design cues to the very first 1983 G-Shock. 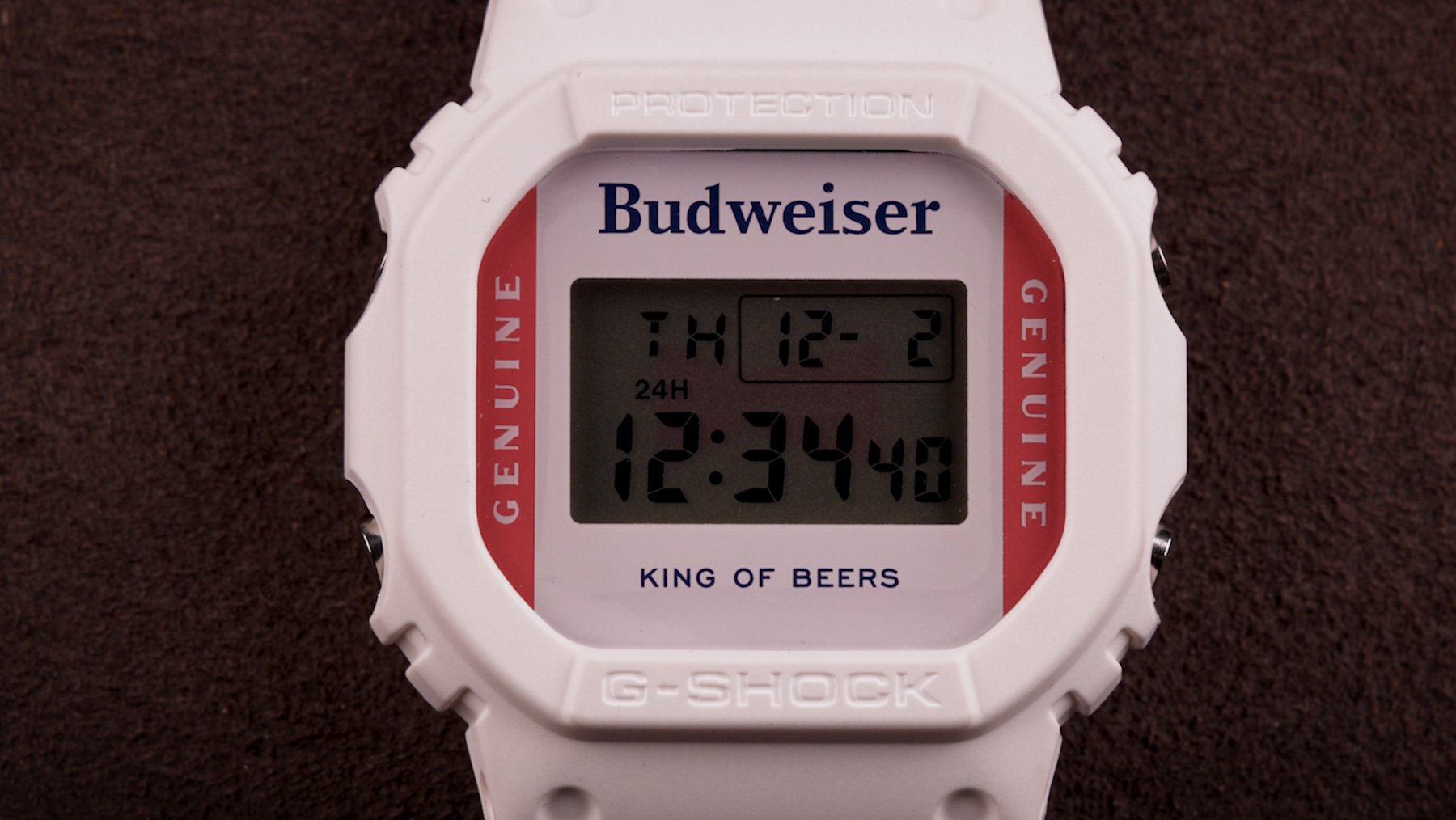 Last but not least, Rob talks about this very special collab G-Shock, which was only available for a very short time. He bought it in early 2021, by accident, as it was a local partnership in the USA for which he received the press release from the German Casio team. So he was in the right place at the right time, and he is now the proud owner of this Budweiser watch.

Want to see more videos from us? Check them out here.

Hot Topics
Introducing: The New Seamaster Professional 300M 60 Years Of Bond — With A Special Animated Case Back
105 comments
Introducing: The Oris Divers Sixty-Five Fratello Limited Edition
104 comments
Are You Still After An Omega × Swatch MoonSwatch?
104 comments
It’s Time To Invest In A Dress Watch — Our Picks From Breguet, Omega, Grand Seiko, And More
74 comments
The Rolex Waitlist Conundrum — How Much Will The Price Of Your Watch Increase While You Wait?
50 comments
Popular
A Question From A Reader: “Which Modern Speedmaster Is Closest To The Original Moonwatch?”
Robert-Jan Broer
14
#TBT A Vintage Seiko Buyer’s Guide to Affordable Goodness
Michael Stockton
32
Why You Can’t Go Wrong With The Rolex Datejust
Robert-Jan Broer
5