Watch Industry – Back to Reality

The 2016 half year results of the Swatch Group did not go unnoticed. An overview can he found on the Swatch Group corporate website. On Bloomberg and Reuter’s Business Insider, these sources talk (big) numbers and give a technical run-down on the topic. They don’t talk watches of course, or talk about why people are not buying watches. It is about numbers.

The Rest of the Watch Industry

It is not a Swatch Group ‘problem’ (<- they are still making a profit, keep that in mind!), almost all watch manufacturers are suffering from slow sales. We felt the somewhat sad outlook during SIHH and BaselWorld. Heck, some brands just told us they feel the pain (just a few moments before showing a collection where no watch was under €50K Euro).

The good thing I read about Swatch Group is that Hayek refuses to cut down on jobs and costs. Investors might argue, but come on, you need good people to create new innovative products, and market them. We have seen other brands and groups in the watch industry taking different decisions on this front.

No, almost all watch brands are under pressure, for sure. The decrease of tourism for whatever reasons (terrorist attacks might be one of them), awful currency conversion rates, an anti-corruption campaign in China, and so on. It also shows that these markets, currently hit, were responsible for the peaks during the previous, better years.

I am not a finance analyst, but let’s talk watches and the market for a brief moment. How many of you, with a normal to good income, are taking precautions based on what has happened to us (crisis, attacks, difficult housing market, cut in jobs everywhere) in the past few years? You might have put a bit more money into savings than normal. Instead of buying your x-th watch, perhaps you kept your money in your pockets. You didn’t really need that GMT-Master II Blue & Black as the year before you already got the normal GMT-Master II LN, right?

Let me put this differently. Before the financial crisis began, let’s say around 2008, a lot of things were taken for being granted.

A new car, no problem. 4x per year on a holiday with the family, sure. Bonus? New watch. Remember that there was a time that someone just bought one good watch for a lifetime. One watch. In the late 1990s, 2000s, it became quite common to have a couple of watches. Different watches for your mood, for your outfits, for whatever it was that you were doing that needed another watch. Then came the social disruption. Sudden changes in people’s surroundings, like the economic crisis, made them realize that this type of spending on luxury needed to change.

We lived in luxury for a long time, almost free of worries. Tourism was booming, China was booming, Russians were spending, everyone needed a watch!

If you, as a brand, or investor in these brands or groups thought those were normal times, think again! That was not a normal time. Besides the excess sales in Asia, or in Europe due to tourism, people were already going back to reality. Reality kicked in for many of us who realized that it might be wise to save up and see luxury really as luxury and not as a given daily form of entertainment. It might appear so on social media channels like Instagram, Twitter and Facebook, perhaps even on our blog, that it is normal to fly helicopters, planes or drive in half-a-million cars flashing your [borrowed] watch. It is mostly all for show.

People are now more into reality and, surely, they are willing to spend their money on something unnecessary as a watch, or fountain pen, or fashionable stuff. Now, though, they just put more thought into it. They realized they do not need all sorts of material ballast.

It makes me wonder whether brands see the pre-crisis times as a reference or just as a few years of sheer luck that it all went so well for a relatively long time. I am afraid a lot of brands, their CEOs and their investors might think that the intercity train they drove on was never going to stop. Ask the guy in the street, with that average or nothing-to-complain-about net income, your customer in most cases, he could have told you so quite a while ago.

Do they really know?

This results to the question, does the watch industry really know who you – the customer – are? The (luxury) watch industry is still very traditional, they decide what’s good for you. Does this still work today? Don’t they need to know who you are, what your concerns are when buying a watch and what you really think is important when buying a watch? I have had this discussion with some watch brands, and the one remark that surprised me the most was “I work in the watch industry for 20 years, I know what customers want.”. Let me tell you, if that was the case, they would not have introduced certain watch models and would be doing better than they are doing now.

So no, it is not getting bad or the (Swiss) watch industry is not in crisis, as is being suggested by some analysts who seem to only look at the numbers of the wonder years. As long as watch brands keep their prices sane, realize that the “luxury-margin” in their pricing might have been a bit fat in the last couple of years, it might be alright in the end. Annual increases were outrageous in the last couple of years as no-one with a decent normal job had annual increases like that on his salary since 2008. 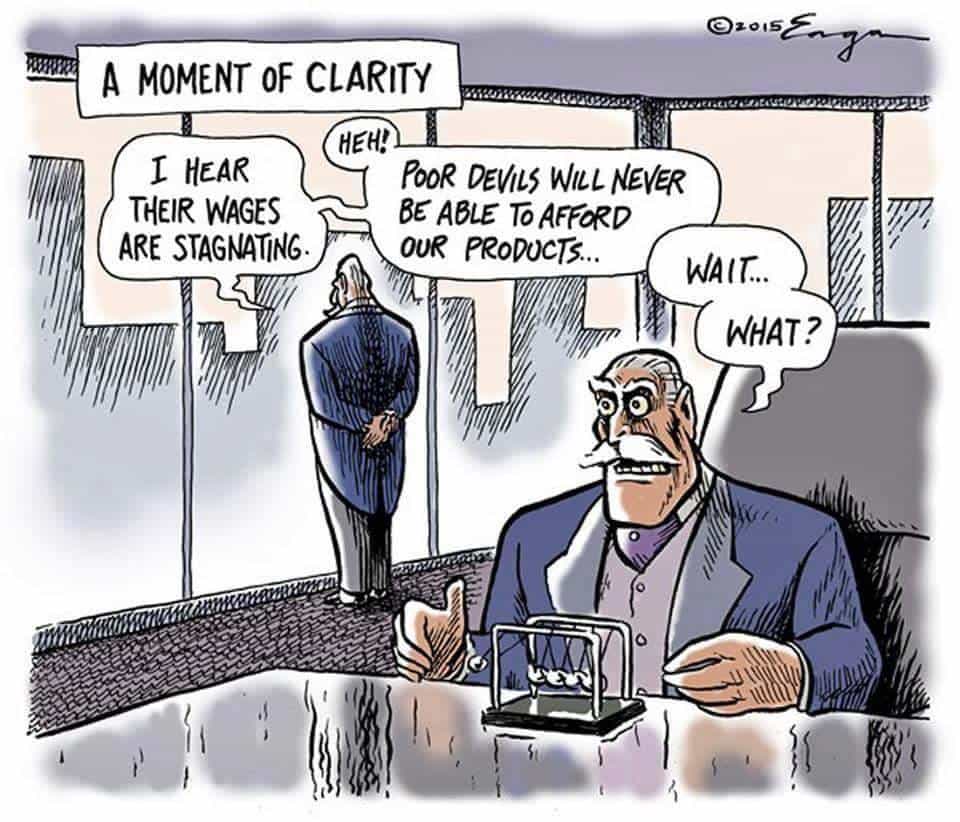 Make sure your target audience is still able to buy your watches, whether that is in the < €2000 Euro category or the +€10.000 Euro category. In the end, it is about money that can be spent on luxury goods and money that people also easily can spent on something more useful.

Agree or disagree? Share your thoughts and opinions with us, below in the comments field.

Hot Topics
RJ’s Top Five Alternatives To The Omega Speedmaster Professional
96 comments
We Need Luxury Solar-Powered Quartz Watches From Rolex, Omega, Breitling, And Grand Seiko
70 comments
Above And Beyond: When And Why Paying Over Retail For A Watch Makes Sense
63 comments
The King Seiko Collection Debuts With Incredibly Wearable Watches
42 comments
Would You Spend €15K On A Gold Rolex Day-Date With A Quartz Movement?
42 comments
Popular
The Ultimate Sports Rolex – The Explorer II Reference 1655
Robert-Jan Broer
14
(From The Archives) Shut Up & Read The Truth About Cartier Watches
George Cramer
21
You Asked Us: Nomos Orion as a dress watch?
Gerard Nijenbrinks
2