Lange and Söhne is back with a host of new releases. In this brief article, we take a look at the flagship model, the limited edition Triple Split chronograph in pink gold with dark blue dial.

Lange and Söhne rarely fails to impress. Since returning to the market in 1994, they’ve made some incredible watches that easily rank amongst the best of the best from the likes of Patek and other high end brands. Today, Lange returns with a new version of a watch that first debuted back in 2018 – the Triple Split chronograph. The original model came in white gold with a gray dial whereas today’s piece is in pink gold with a bold blue facade. 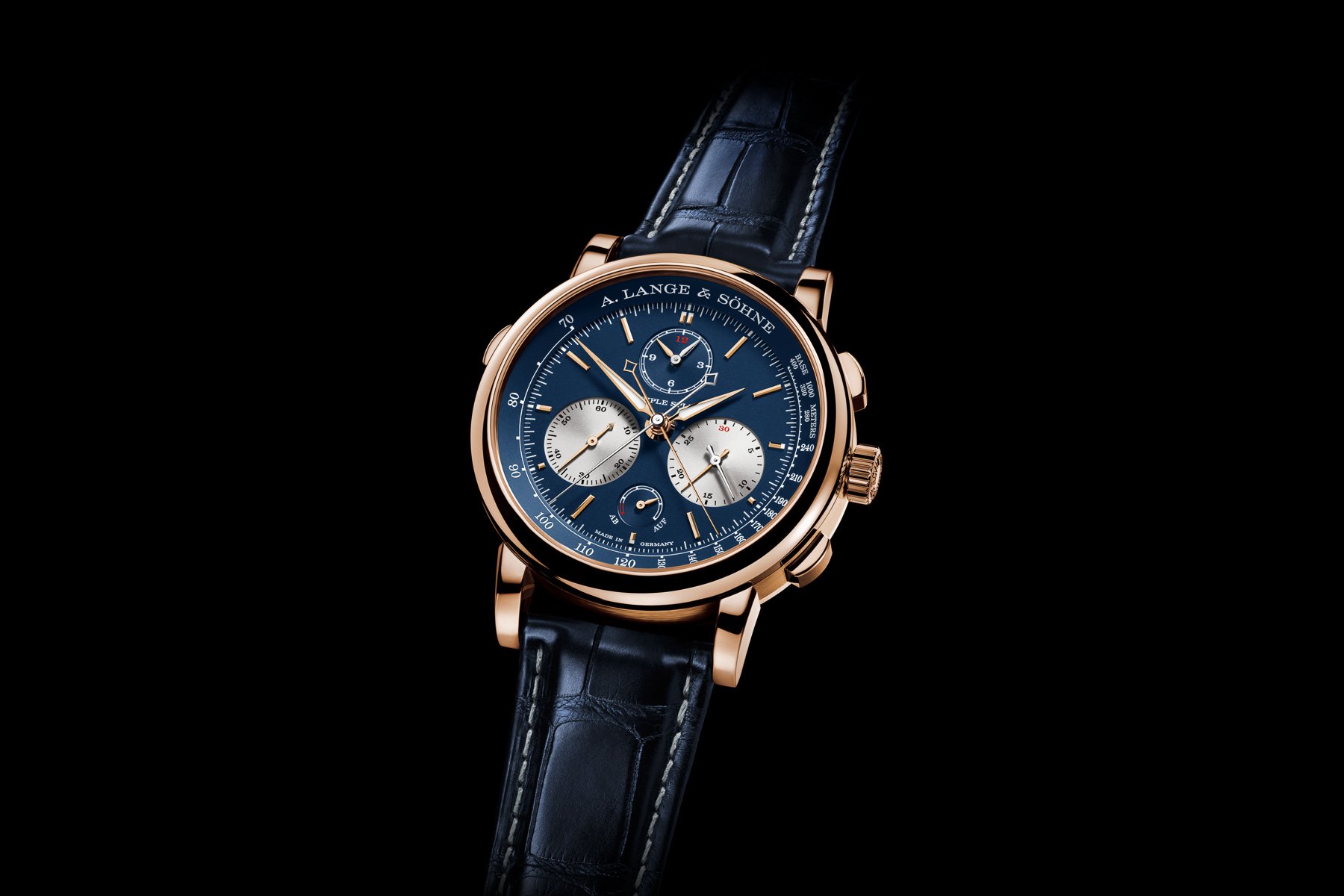 Lange will make 100 pieces of its newest Triple Split chronograph. When we reveal the pricing, I’ll let you decide whether the number of pieces feels like a lot or a little. Regardless of the edition size, this is one incredible watch. I mean that from both a technical and visual perspective. The impressive feature on this watch is its ability to measure two times for up to 12 hours. You can see that there are both pink gold and rhodium center-mounted chronograph hands. These hands also correspond to matching hands for hours (subdial at 12:00) and minutes (subdial at 4:00). This allows the user to track two competitors, for example, in a race. The watch works like a normal chronograph with both central hands beginning at the same time once the 2:00 pusher is engaged. Separation occurs when the 10:00 pusher is used. 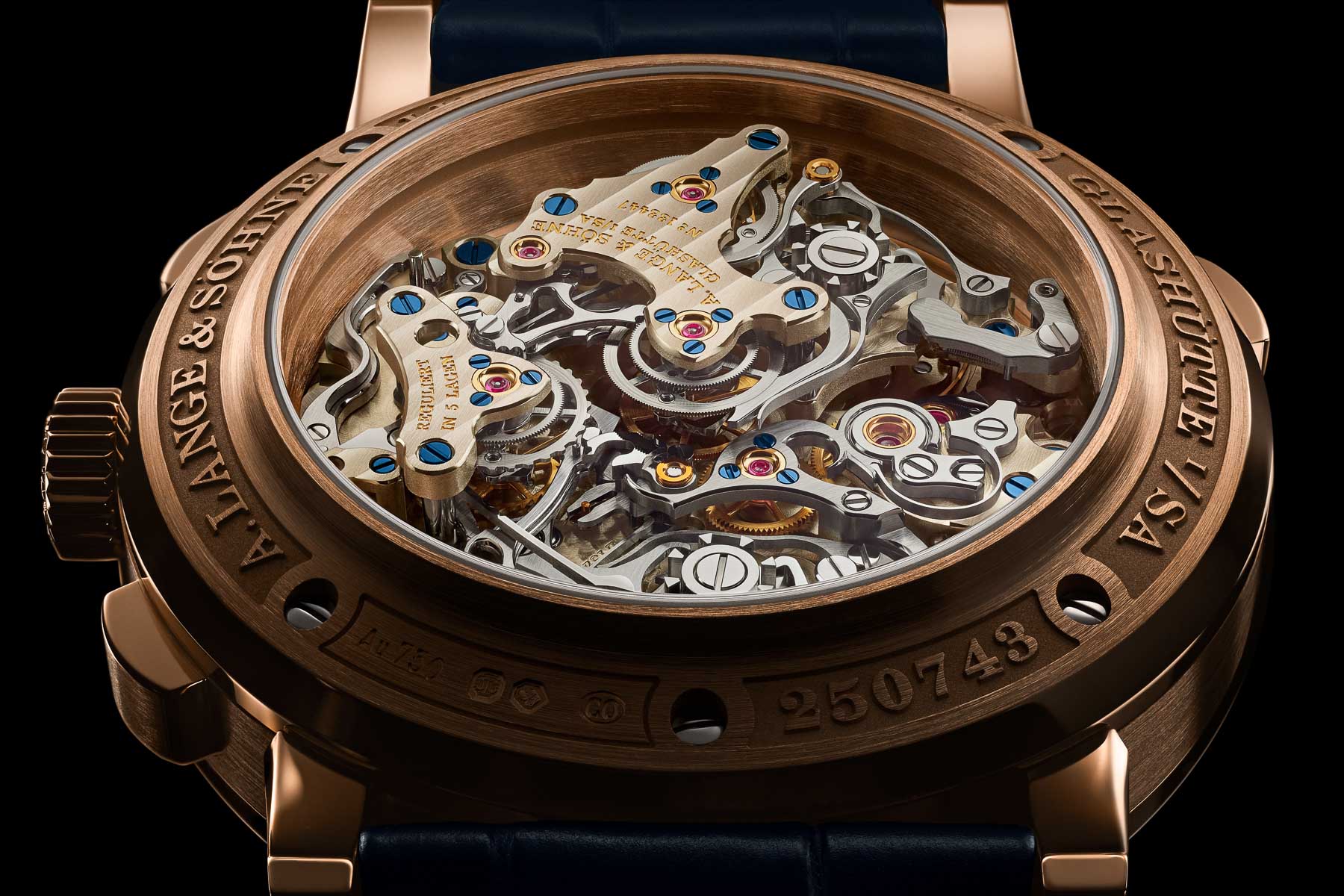 The Lange Triple split uses an incredible movement to achieve such heroics. The L 132.1 hand winding movement consists of 567 individual components! It is on display via a sapphire case back and the topography is pretty impressive with its deep valleys and immense complexity. The finishing, naturally, is top notch. Of note is the power reserve indicator at 6:00 on the front of the watch to let you know when 55 hours has run its course.

As you can tell from the case back picture, such complexity brings thickness. The Lange Triple Split weighs in at a substantial 43.2mm by 15.6mm in thickness and will come on a blue alligator strap. Still, it’s a stunner in this color combination that manages to convey a lot of information in a relatively straightforward manner. 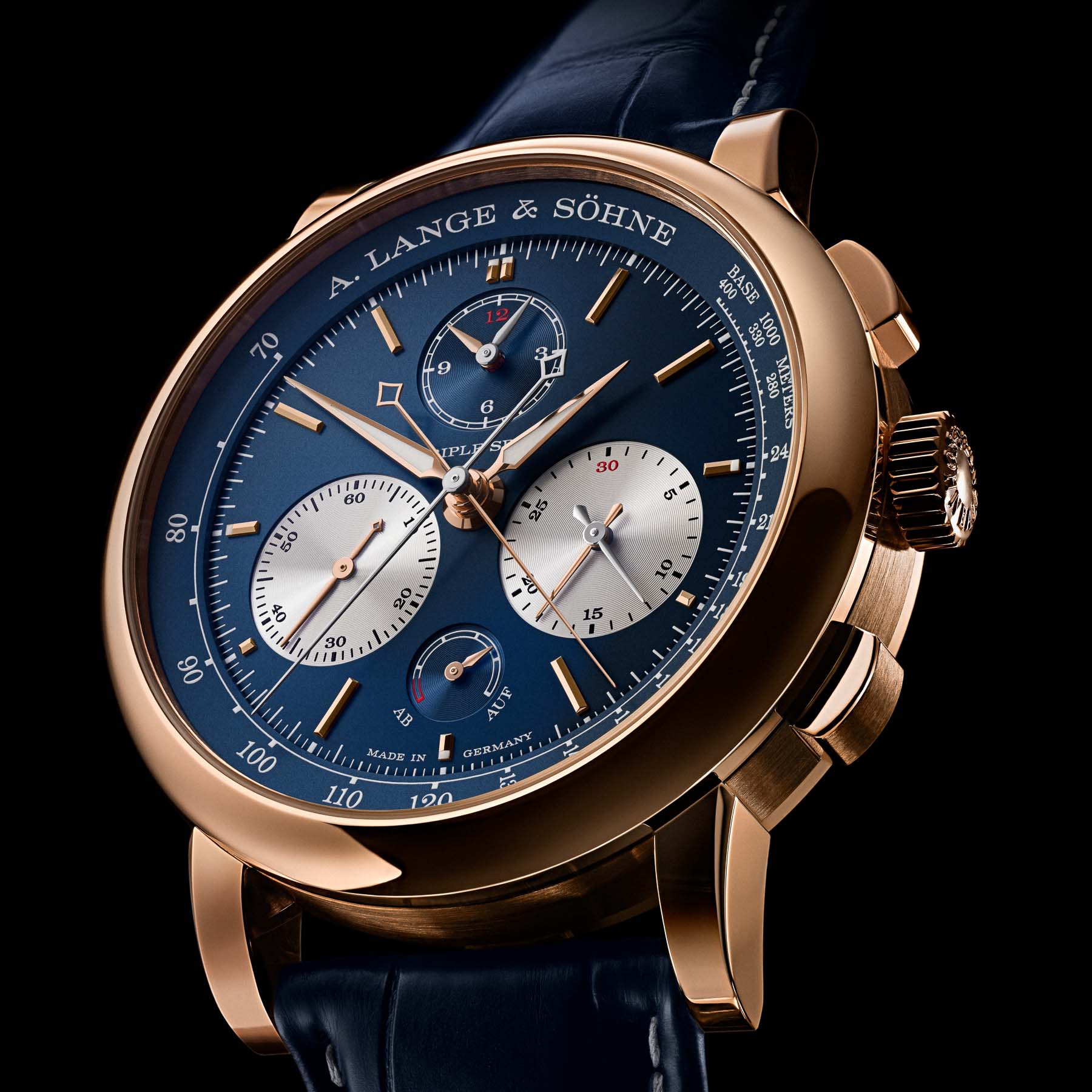 I’ll start with the fact that the Lange Triple Split will retail for the princely sum of € 159,400 . That’s an immense amount of money, but I suppose it’s all relative for those who shop in this section of the boutique. Lange makes some stunning watches and it’s hard for me to deny how impressive this one seems. For sure, there are easier and far less expensive ways to time competing things, but this wouldn’t be a bad way to go.

For more information on the A. Lange & Söhne Triple Split chronograph, visit the official Lange site .

Hot Topics
Introducing: The New Seamaster Professional 300M 60 Years Of Bond — With A Special Animated Case Back
100 comments
It’s Time To Invest In A Dress Watch — Our Picks From Breguet, Omega, Grand Seiko, And More
67 comments
Are You Still After An Omega × Swatch MoonSwatch?
65 comments
Sunday Morning Showdown: The Tudor Pelagos Provocation — Pelagos Vs. Pelagos 39
55 comments
The Rolex Waitlist Conundrum — How Much Will The Price Of Your Watch Increase While You Wait?
48 comments
Popular
Two Patek Philippe Nautilus Watches: 3700/1A Versus 5711/1A
Robert-Jan Broer
16
Hands-On Grand Seiko SBGR311 Limited Edition Review + Overview of GS Service Costs
Robert-Jan Broer
5
The Omega Seamaster Diver 300M Returns – On The Wrist Of Daniel Craig
Paul Dezentjé
17