Last time in Watch Spotting, we looked at the Seiko SKX009 in All is Lost, or SKX175 for our US readers. This time I am exploring the wrist game in Gone Girl with the Rolex “Pepsi” GMT-Master II sported by Ben Affleck. Most movies set in the modern-day real-world feature watches in some form. But in this column, I select films where the choice of wristwatch plays into the narrative. I also immerse myself in how the chosen character may have attained their timepiece.

Gone Girl was the last theatrical release, at the time of writing, by David Fincher. If you are not sure who David Fincher is, you may be more familiar with the titles he has directed: Fight Club, Se7en, The Social Network, and The Girl with the Dragon Tattoo. A rich tapestry of moviemaking.

While Christopher Nolan makes a great flick, I often find the results look too beautiful. Fincher, on the other hand, has a very gritty aesthetic. The industrial soundtrack perfectly complements the sets and seediness, scored by Nine Inch Nails frontman, Trent Reznor and frequent collaborator, Atticus Ross. 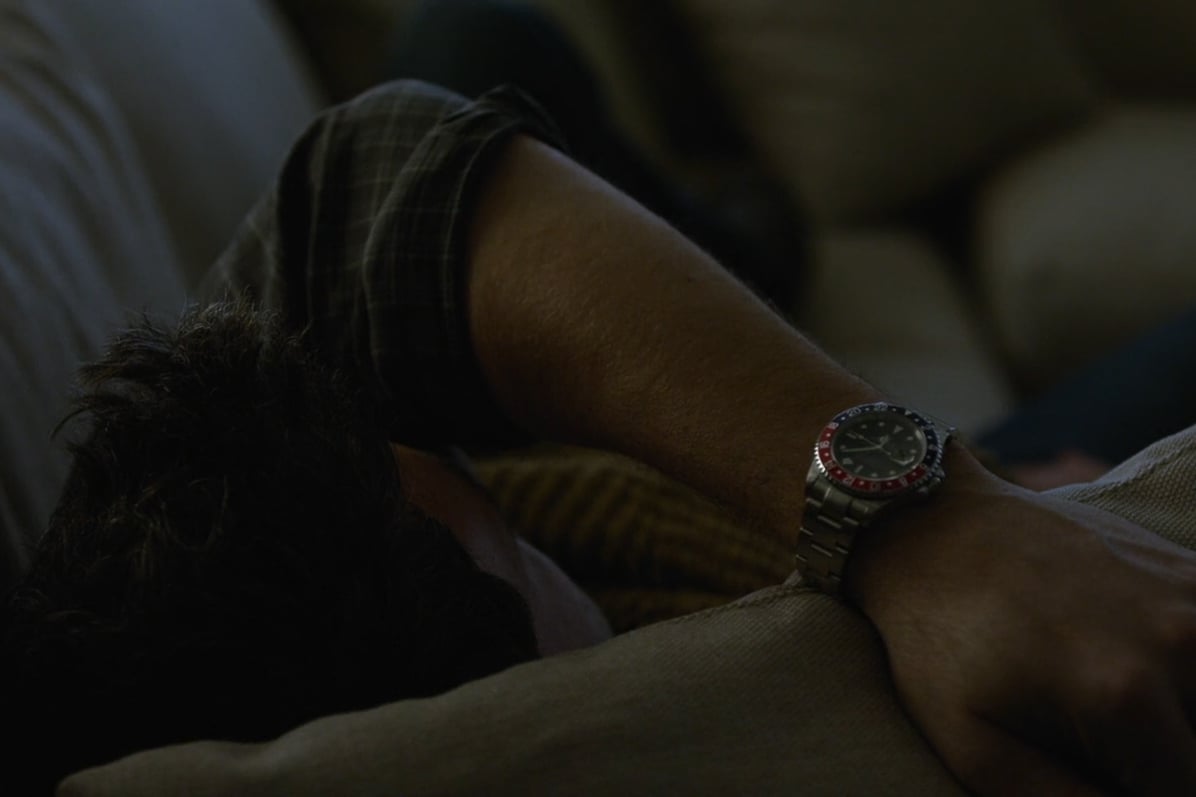 In Gone Girl, the grittiness is less overt than something like Fight Club but underpins the questionable actions of the main protagonists. Ben Affleck plays Nick Dunne, a complacent husband who has dissociated himself from his marriage. His wife, Amy Dunne, is the real-life inspiration for her fictional alter-ego, in a series of children’s books written by her parents. When Amy goes missing, Nick is catapulted into the limelight. Initially, he receives sympathy, but this eventually changes due to Nick’s naivety with the media attention, where things start unraveling. Questions arise as the trial by media ensues, and Nick becomes suspect number one. 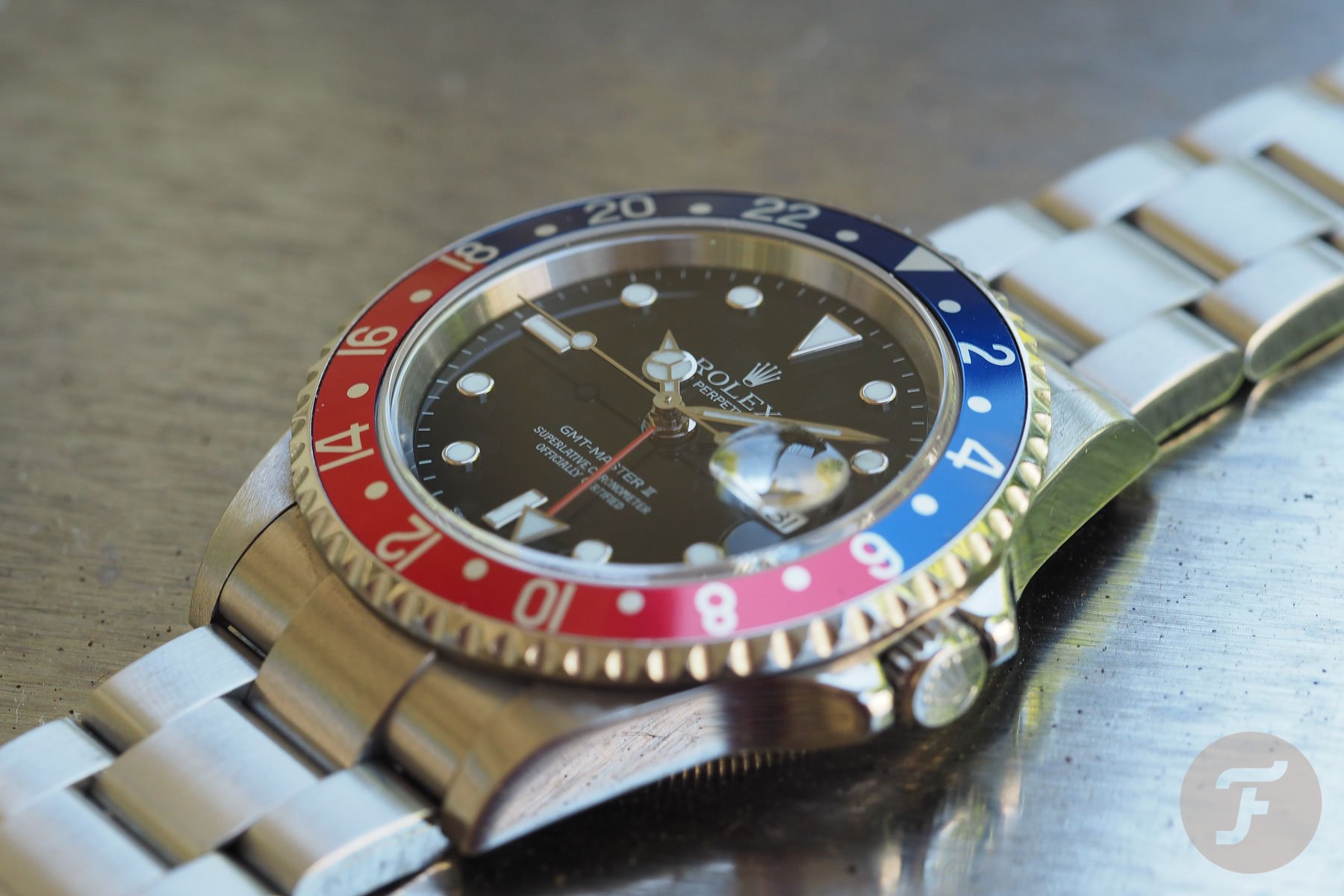 It is a gripping thriller with twists and turns aplenty. Importantly, for this site, is the watch that Nick is wearing. The Rolex GMT-Master II suits the character’s dress sense and general being. A nice shirt but untucked with rolled-up sleeves. Some stubble but not too disheveled. He wears dependable boots just as he wears a reliable Rolex. Fincher has an eye for detail and provides the viewers with many close-up shots of the GMT-Master II as the pressure mounts on Nick as he descends into disarray.

A key point in the movie is when Nick appears on a news channel for an exclusive interview. To appeal for his wife to return and clarify rumors sensationalized by the media. While Nick is preparing for the interview, he changes his Rolex to the watch his wife bought him for his 33rd birthday. His sister exclaims that he hates that particular watch, but begrudgingly he swaps out the GMT for the other model in an indirect effort to play the part of the loving husband. Unfortunately, we never get to see this other watch, but the scene acts as an allegory for how disconnected he has become to his wife. 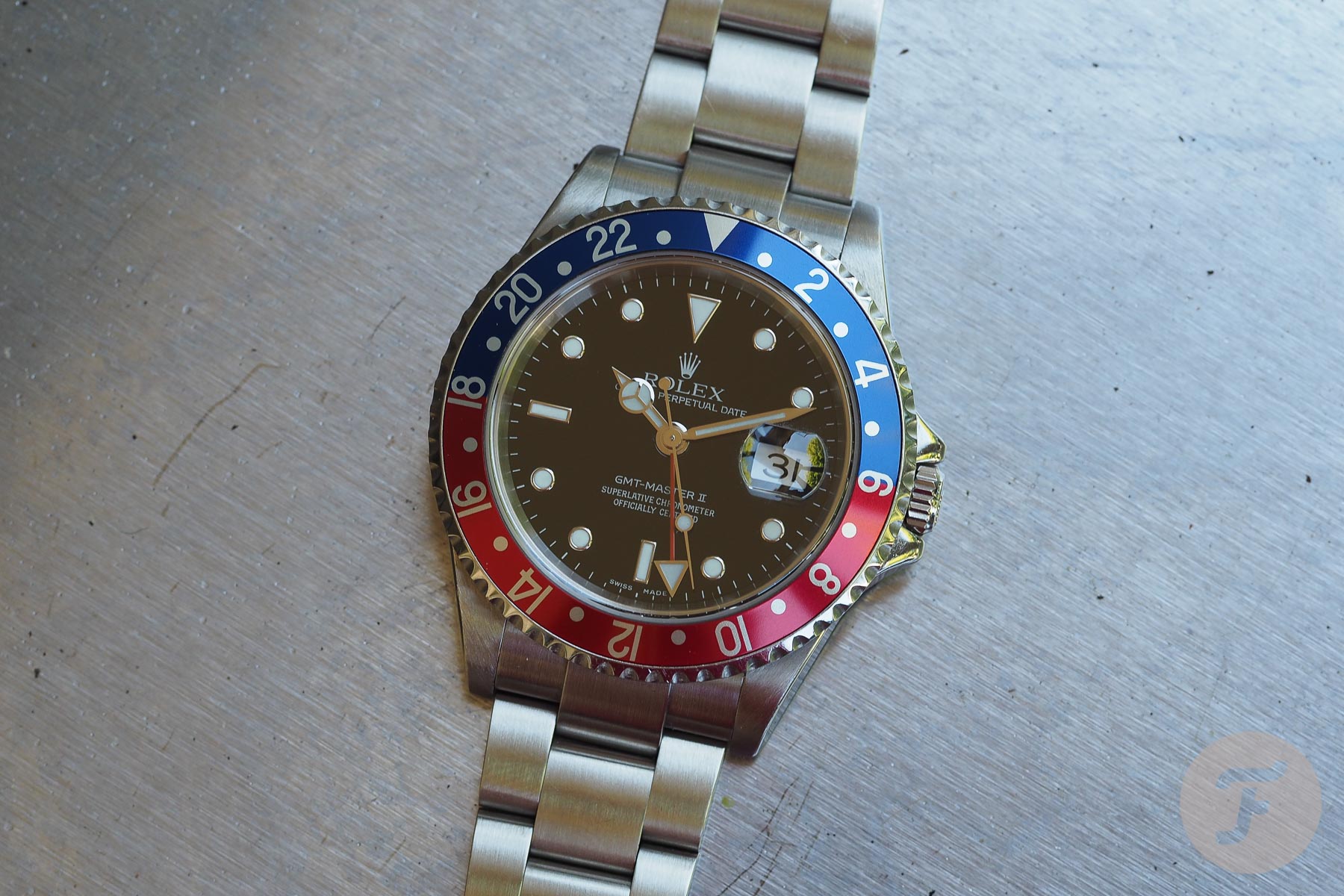 For the remainder of Gone Girl, the GMT-Master II remains affixed to Nick’s wrist. As you can imagine, the characters never utter the specific reference in the script — go figure. However, the setting of the movie is 2010, long before the Cerachrom Pepsi GMT launched in 2014, in white gold. As well as this, the film flashes back to 2005, and the GMT is also visible then. I assume that Nick sports the final aluminum Pepsi bezel GMT-Master II that is the ref. 16710. Coincidentally, I believe it is the F-series that Mike brilliantly covered in the first Two for Tuesday column back in June. 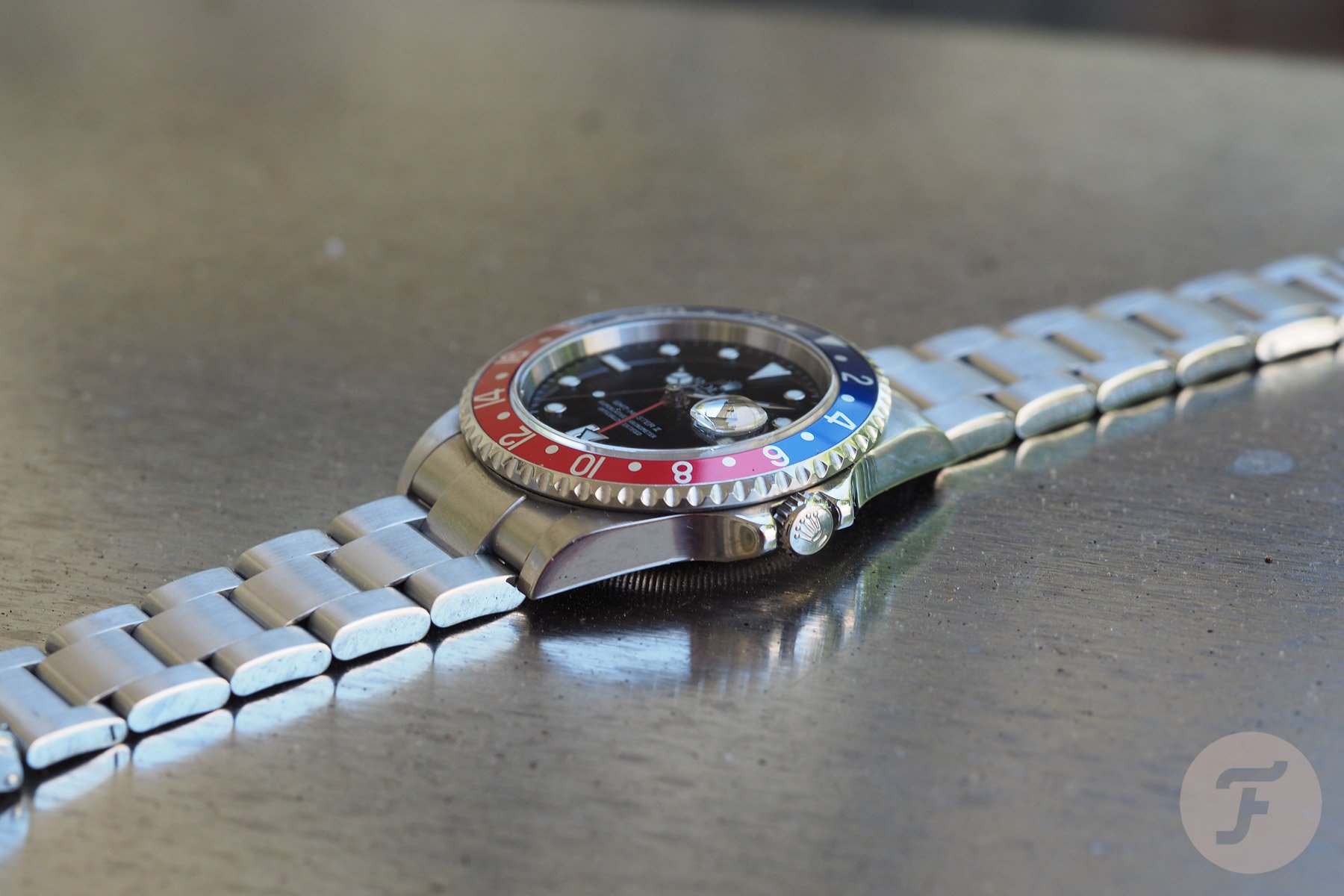 Gone Girl is reasonably lengthy but worth the runtime. The performances, the direction, the lighting, and the music are all top grade, and I highly recommend you to catch it on your digital platform of choice. If for nothing other than the lingering shots of one of Rolex’s most enduring timepieces.

Hot Topics
Introducing: The New Seamaster Professional 300M 60 Years Of Bond — With A Special Animated Case Back
105 comments
Are You Still After An Omega × Swatch MoonSwatch?
96 comments
It’s Time To Invest In A Dress Watch — Our Picks From Breguet, Omega, Grand Seiko, And More
73 comments
The Rolex Waitlist Conundrum — How Much Will The Price Of Your Watch Increase While You Wait?
50 comments
The Best Omega Speedmaster Watches Of 2022
40 comments
Popular
Rolex Submariner Hulk versus Seiko SLA019 : Shades of Green
Michael Stockton
27
Top 10 Best Watch Bracelets
Robert-Jan Broer
59
Hands-on: Tudor Black Bay 36 – Like a Comfy Pair of Jeans
Michael Stockton
13